Our team of experts have tirelessly reviewed over 100,000 holiday homes – only selecting the very best

Luxury villas at an average price of just £49/person/night, and we guarantee that you won't find them cheaper

We send over 50,000 travellers every year 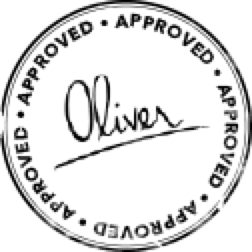 A luxury Villa Holiday for less than £39/night?

Because we work directly with the owners, you won't find our properties cheaper anywhere elsewhere - we guarantee it.

Spain is a beloved country and a chosen destination for millions of tourists every year. Endless sunshine, fabulous food and glistening beaches, who wouldn't want to visit? While Spain's mainland boasts monumental buildings such as the Alhambra, or beautiful shorelines including Costa Blanca, you also have the buzzing Balearic Islands, and the volcanic Canary Islands. Picking a unique place to stay with such a diverse choice can be daunting – that’s why we have a dedicated concierge service on-hand to help you further with your search. Whether you prefer the allure of the mainland or one of the islands, the beach or the countryside, we've got the perfect villa in Spain for you.

Explore our villas in Spain with beaches within walking distance!

Spanish villas for a summer escape

From the quirky to the characterful

See all my recently viewed properties 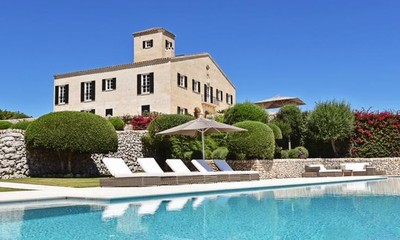 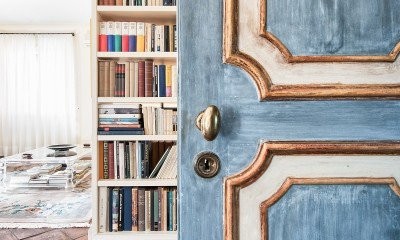 No time to browse? Just fill in this simple form and we'll send you a shortlist & help you tailor your Spanish villa holiday to the last detail. 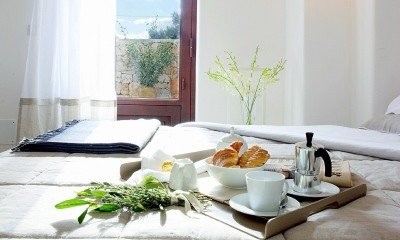 All the latest deals & offers on our Spanish villas - from hefty discounts to cheeky little extras, this is where the savvy shoppers find their villa in Spain! 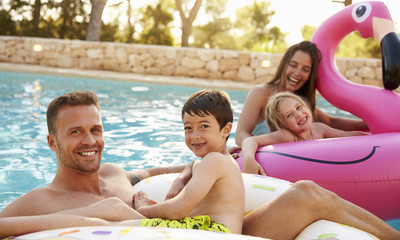 Almost all of our villas in Spain come with pools but if it's non-negotiable then click here to view all our Spanish villas for rent with private pool. 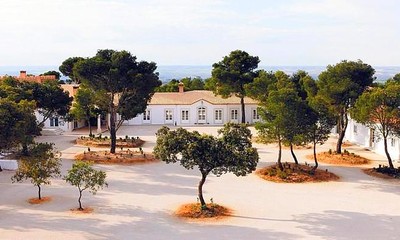 Check out the creme-de-la-creme of our villas in Spain. This section is reserved for the luxury Spanish villas & top-end holiday homes. 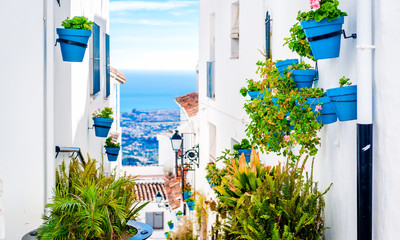 Explore our villas in Spain with villages within walking distance! 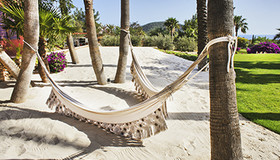 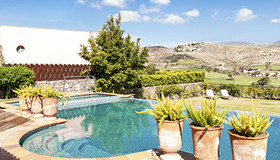 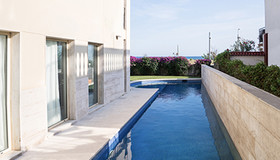 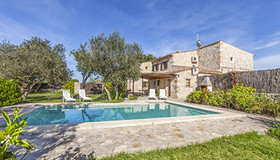 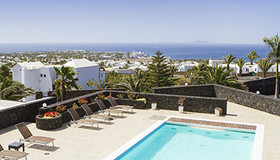 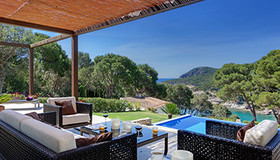 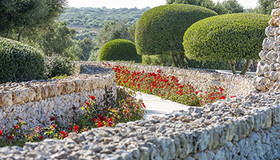 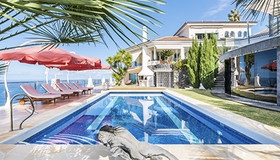 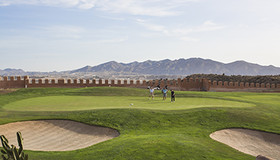 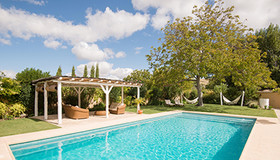 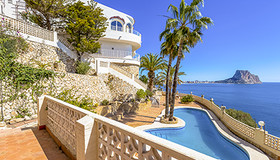 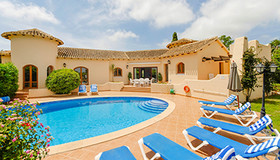 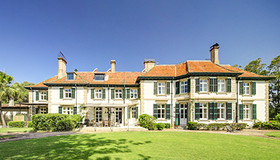 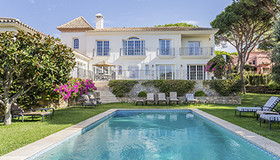 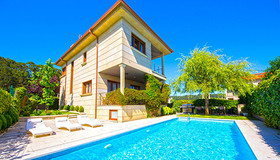 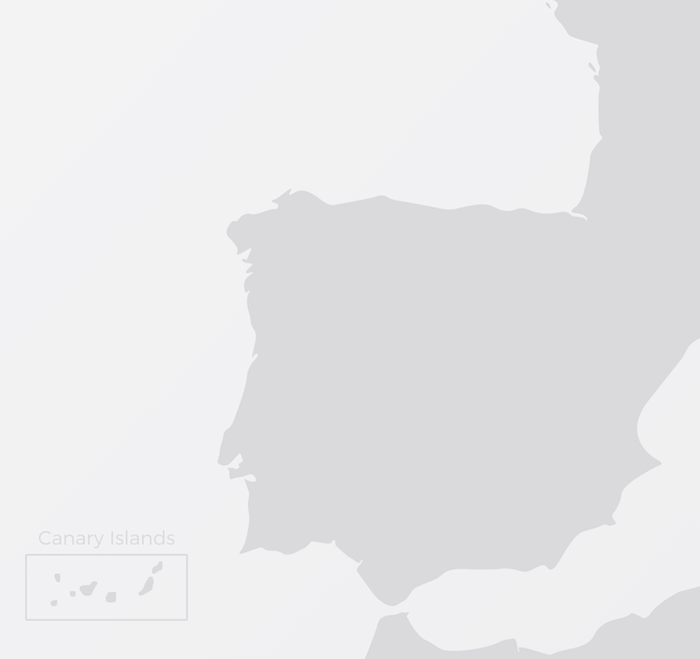 Why Choose a Spanish Villa

If you’re thinking about renting a villa in Spain, forget about the simple rows of two-up-two-down Spanish villas with pools. This is a country that boasts architecture as diverse as the Sagrada Familia and the magnificent Alhambra. So, whether you want to stay in a traditional and cosy finca in Costa Brava, a modern poolside villa in Ibiza or a holiday home in the heart of Mallorca, we've got a luxury villa to suit.

Self-catering in Spain has never been easier, and the same commodity can be enjoyed by families, couples and groups of friends. The beauty of choosing a villa holiday with us is that all of our villas in Spain are for you to enjoy, on your own terms. There'll be no waking up at the crack of dawn to bag a pool lounger and certainly no cut off times at breakfast. Instead, you'll have the total freedom and privacy that you wouldn't find staying anywhere else.

Villas for any requirements

Our Spanish portfolio continues to keep on giving, and as we keep our eyes peeled on upcoming and charming regions, you can bet your bottom dollar that we'll only secure the best Spanish villas with pools, picturesque vistas and top of the range facilities. After all, it’s only right that you enjoy the best of Spain, in the very best self-catered accommodation.

There's a reason Spain is so popular with Brits - at heart, life itself is one colourful fiesta, and everyone's invited!

Holidays in Spain are anything you want them to be. You can strap on your skis and shred the mountains of the Sierra Nevada in the southern province of Andalucía or alternatively, in the north you can take on the peaks of Montserrat - which fittingly happens to be an hour's drive to and from Barcelona.

There's also no forgetting the Spanish Pyrenees which swaps between the summer hikers and bikers to the winter skiers. But any who, we'll put the heart-racing pursuits to one side, and swiftly move onto the multicoloured sands of Spain.

It's no secret that Spain is one of Europe's best-loved beach destinations and to put it bluntly, it's because there's so much choice. Choose from the beautiful white sands and calm waters of Es Pujols in Formentera, the low-key and family-friendly Playa Blanca in Lanzarote or simply discover Playa de Muro, the largest sand beach on Mallorca. Located in the north, near Alcúdia, this blue flag beach is a great option if you have small children, as you can wade out a long way before getting out of your depth.

But listen, from one friend to another, if ever in doubt, start your beach day by scoping out the best hamacas (loungers), hire out a patin (pedalo) and a enjoy a lunch in the shade of a chiringuito (bar selling tapas and drinks) - pure holiday bliss.

In more recent years, the Spanish islands have seen an exponential boom in popularity, but still, the same question remains - should you choose the Balearics Islands or the Canary Islands? To aid you in your choice, there are four Balearic Islands: Mallorca, Menorca, Ibiza and Formentera. Each totally unique with different identities – we’re talking pool parties, nature trails, hippy markets and foodie hangouts. So, to help you discover your island match we've created a quiz to pave out the winner.

And to make things fair, we did the same with the Canary Islands - which is home to award-winning wines, lush landscapes, towering volcanoes and miles of Sahara-like dunes. These seven islands are mighty, so which will you get in our quiz, Lanzarote, Gran Canaria, Tenerife, Fuerteventura, La Gomera or El Hierro?

Island vibes might not be your thing and that's OK, but how about exploring the Spanish Costas? Reaching all the way from the north to the south end of the country, the Spanish coastline is divided into 10 areas. All of which are worth visiting in their own right.

Costa Blanca may forever hold its Benidorm reputation but a holiday there will urge you to discover the unexpected. A holiday to Costa Brava will include unspoilt beaches and quaint villages, while the Costa del Sol is spectacular for a culture trip - but wait, we’ve covered it all in our in-depth guide to the Spanish Costas.

Spanish Regions at a glance 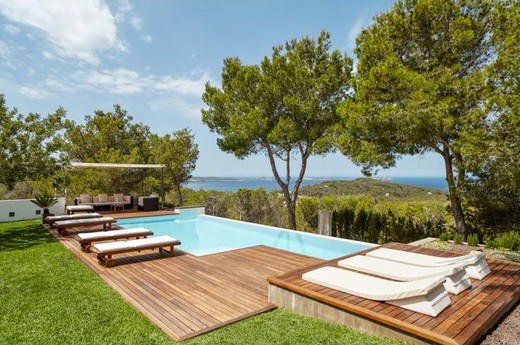 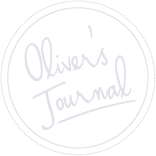 Inspiration for your holiday in Spain

Read our blog for expert travel advice and ideas

The best time to go to Spain

If Spain is a country of many contrasts, then it's also a place of many climates. While we don't want to sound like a total cliché, the best time to visit depends on where you're going and what you're planning to do.

Central Spain is known to have suffocating summers of 35ºC+ and the coldest of winters (heavy snow included). So, if you're wanting to discover Madrid or Castilla–La Mancha as two examples, then April, May and October are the best months to go.

The north of Spain is without a doubt the wettest and cloudiest part of Spain. The areas are heavily influenced by the Atlantic, so downpours of rain are no strangers here.

Whereas, the Mediterranean south often boasts up to 12 hours of sunshine a day in the summer months of June-August. It's virtually warm all year round and in part, sites and attractions are open.

With all that in mind, don’t forget that August is Spain's own holiday month. Schools break up from June-early September, so the locals take the month of August to jet off to one of the Spanish Costas. It can get a little overcrowded in the south, so if you're looking to escape the crowds then you can either visit one of the major cities, which will be particularly sleepy in August, or you can plan your summer holiday in early June.

The Canary Islands experience subtropical climates meaning that temperatures remain stable throughout most of the year ranging from 18 - 24 °C. Summers can be extremely dry, and winters can get very wet, especially to the north of the islands.

On the other hand, the cool sea breeze often manages the temperature on the Balearic Islands. Summers are long, and temperatures are usually in the high 20s, so if you don't fancy a scorcher or the blinding crowds, you'll be better off visiting in the spring or autumn.

Lost in translation: the Spanish way

At present, the population stands at just over 46 million, but each region identifies differently to the next. Universally, the natives speak Spanish, but the Basques, Galicians and Catalans all add their own languages to the mix - which adds to the country's diverse mix of cultures and traditions. Despite any local rivalry though, the Spaniards just want what's best for their country, people and tourism.

One of the most important aspects in the country is family. No celebration is ever complete without an extended gathering; the elderly are well looked after and children spoiled to the core. Most gatherings will take place in restaurants, because on average the food is cheaper, and it saves from the aftermath of cleaning up.

On the topic of food, la comida is the biggest meal of the day - often starting at 2pm and finishing after 4pm. (One word of advice:don't show up for lunch at 12...).

Evening shenanigans typically kick off at 10pm, and will start with a paseo (stroll), followed by a light dinner of tapas and finished with a couple of drinks at a couple of different bars. While bar hopping is quite common in Spain, heavy drinking is not. That's not to say it's frowned upon, but socially, it’s not something that the Spanish are accustomed too.

When in Spain, don't forget to leave a friendly tip. It's not always expected, but it's common practice – don’t worry though, 5% in a restaurant is more than enough.

When it comes to booking your villa, it’s not unusual to have a lot of things on your checklist. Here you have some things to consider before you book your villa holiday. 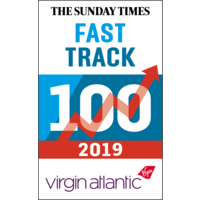