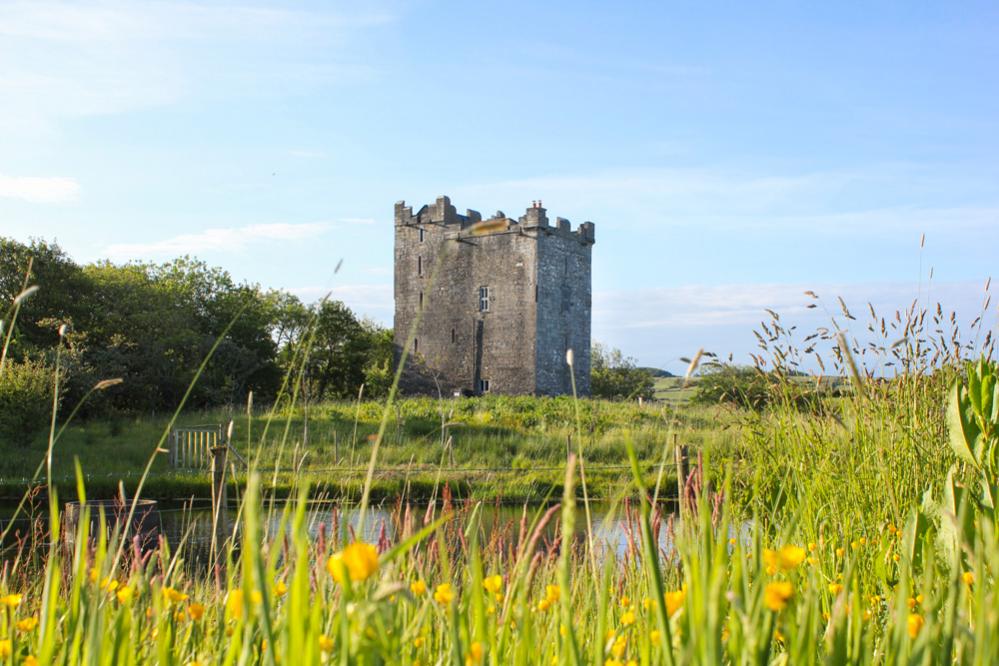 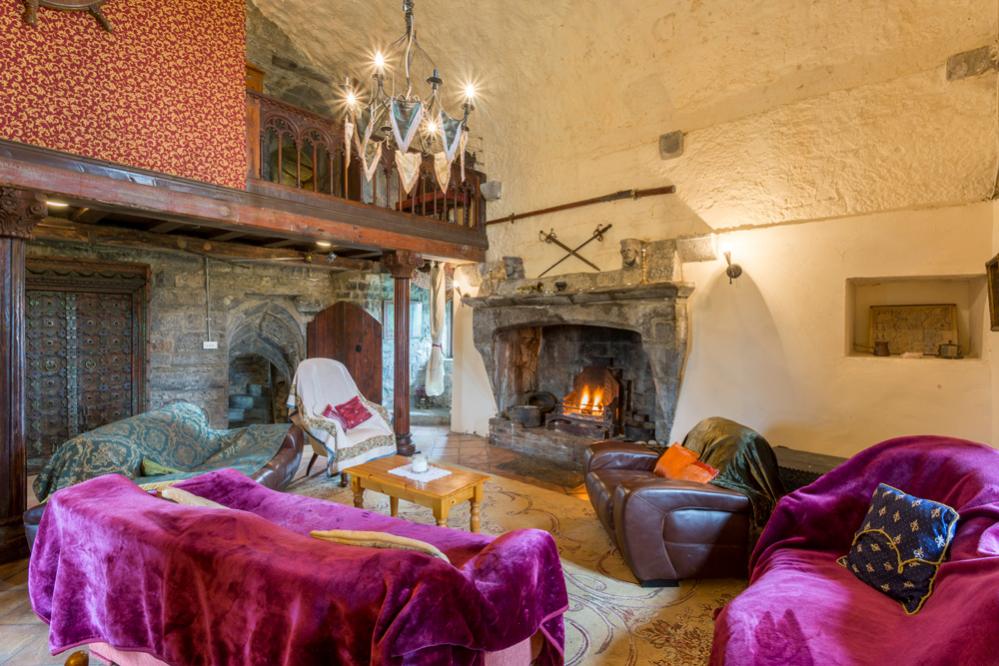 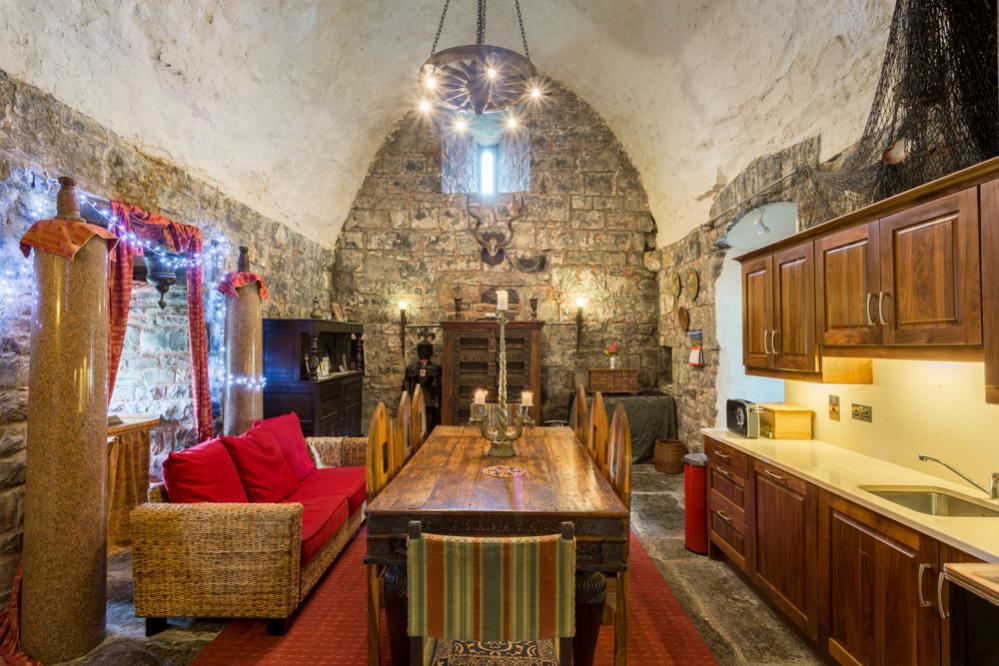 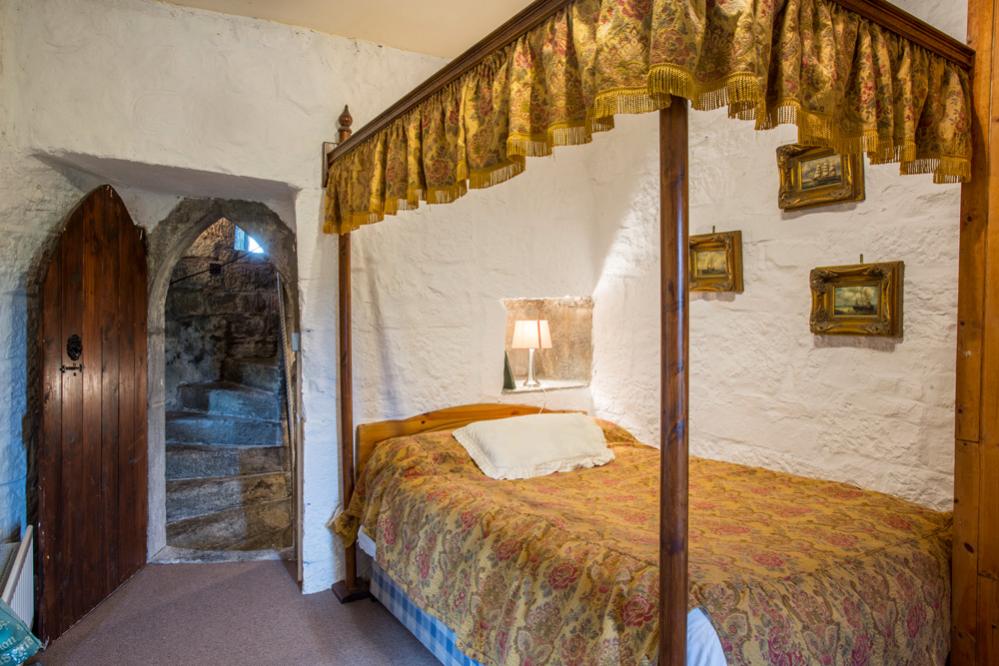 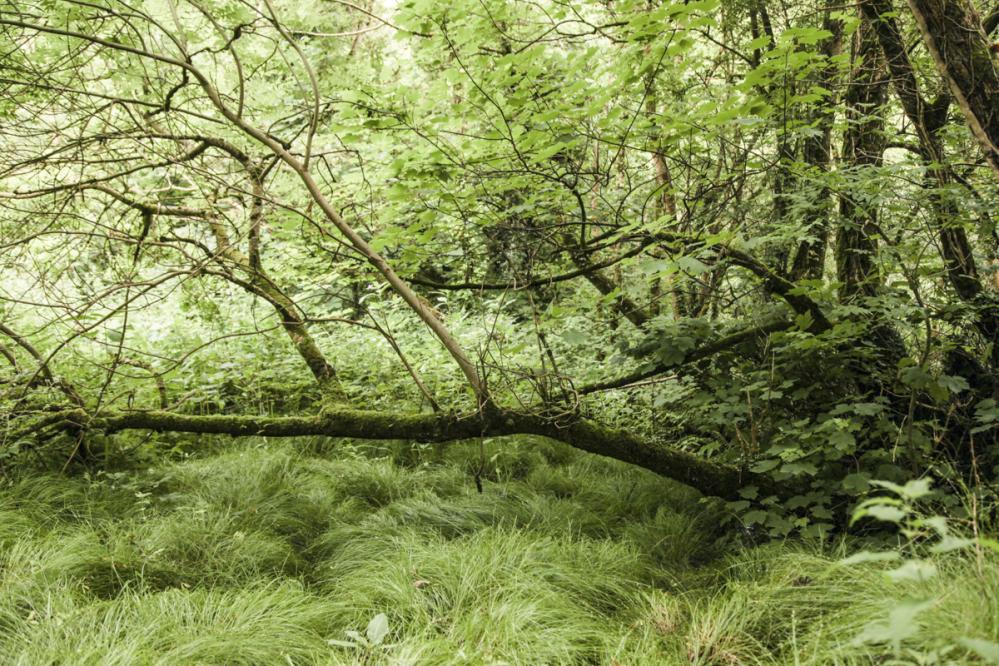 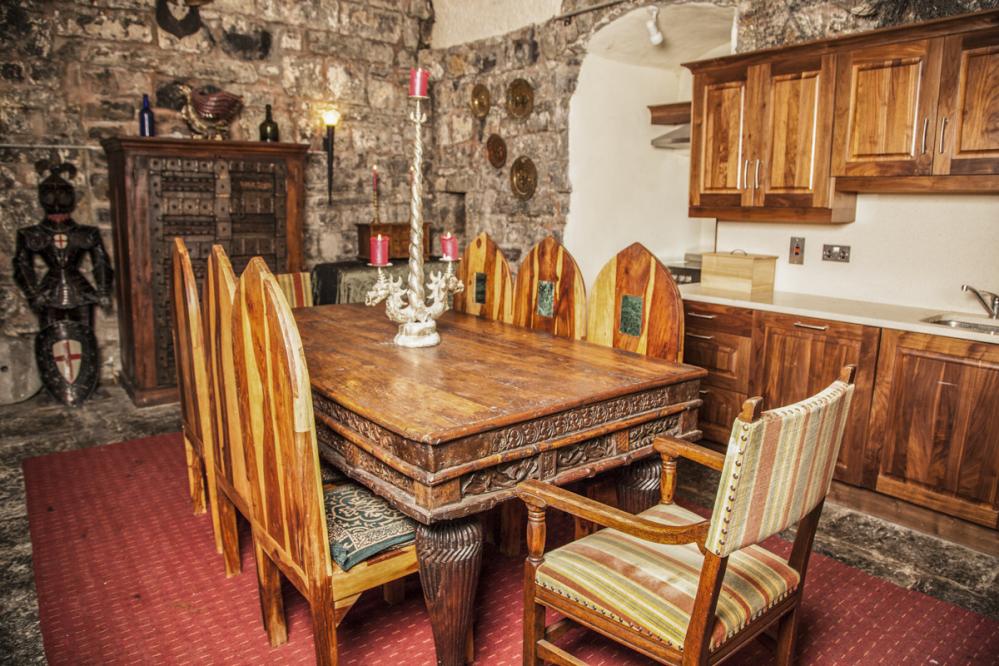 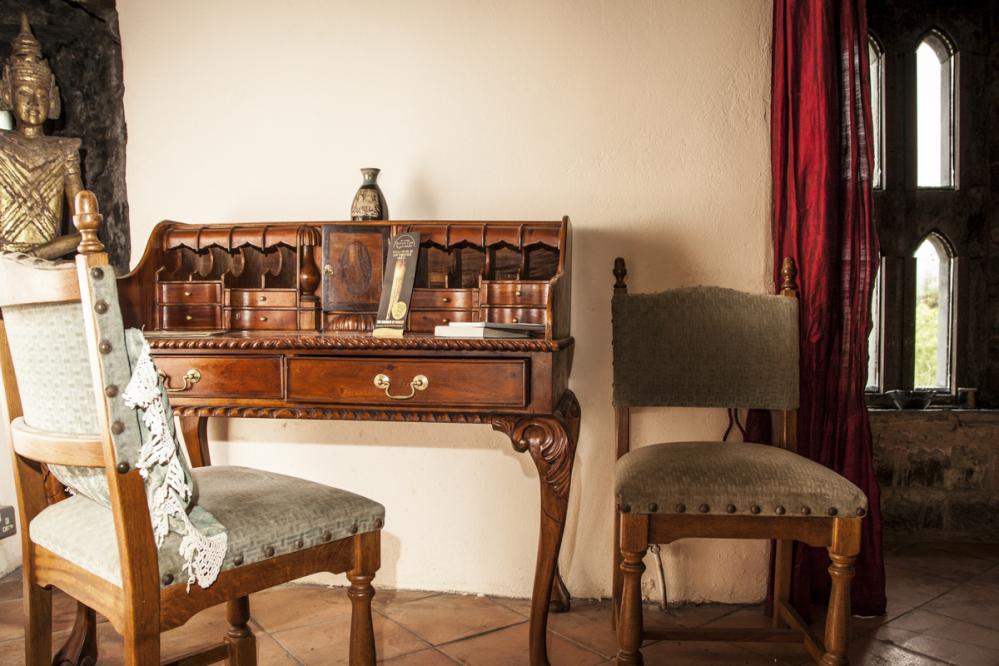 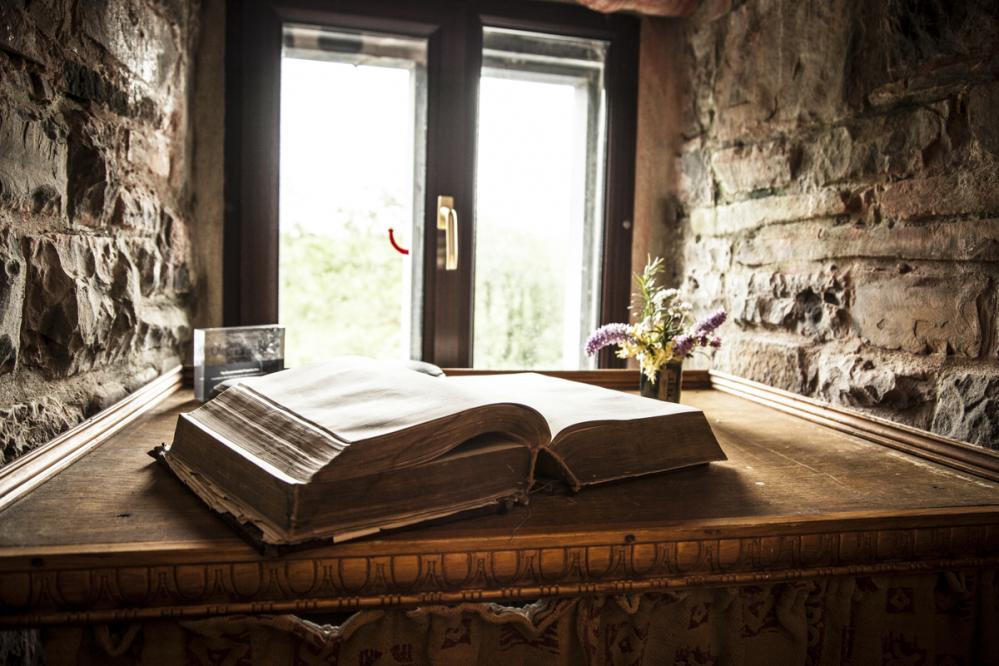 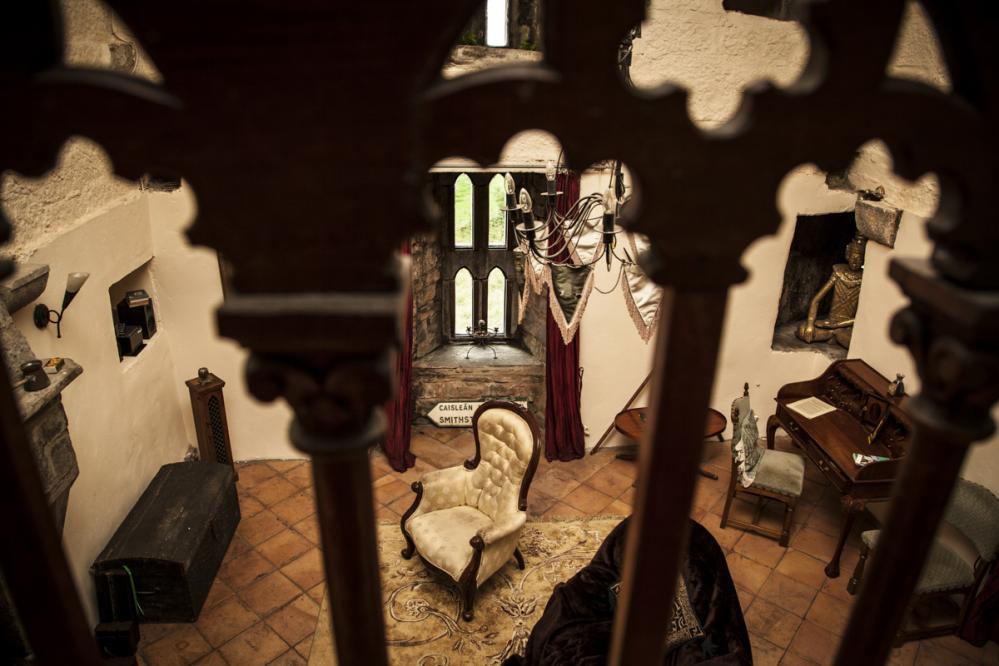 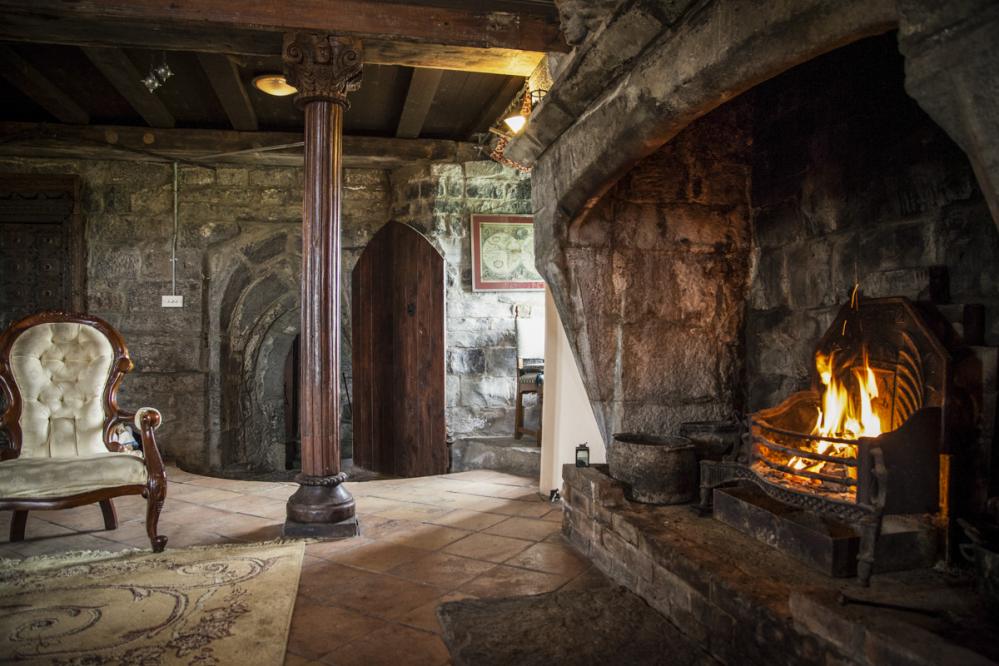 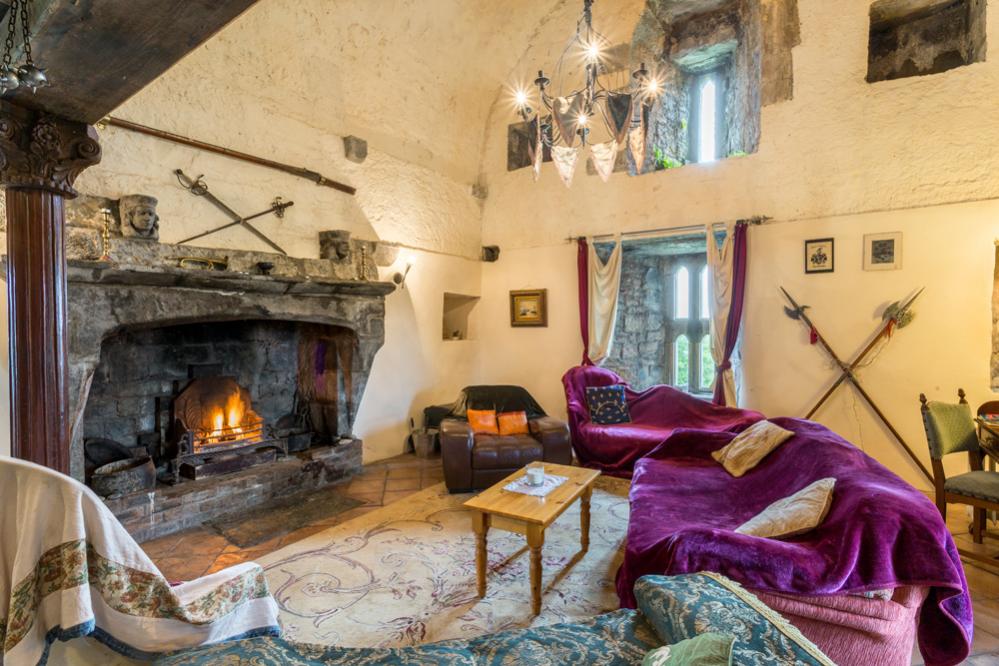 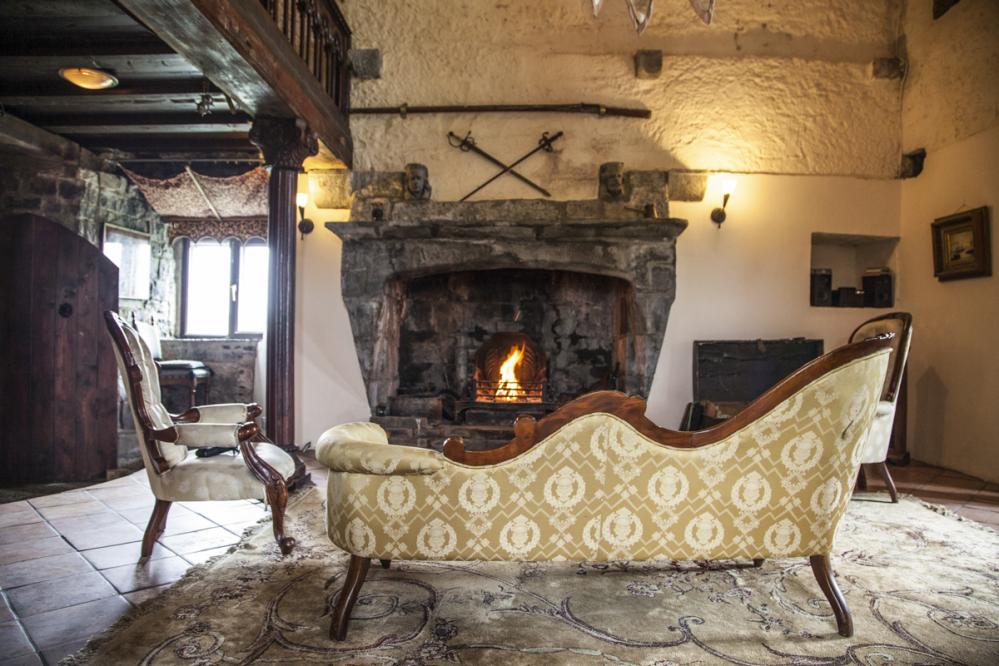 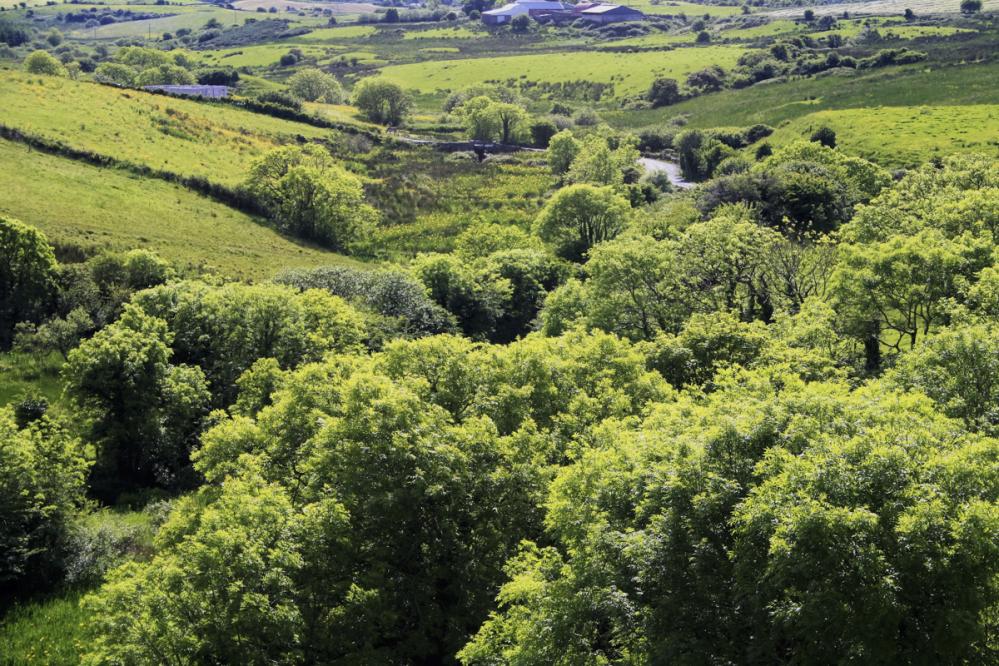 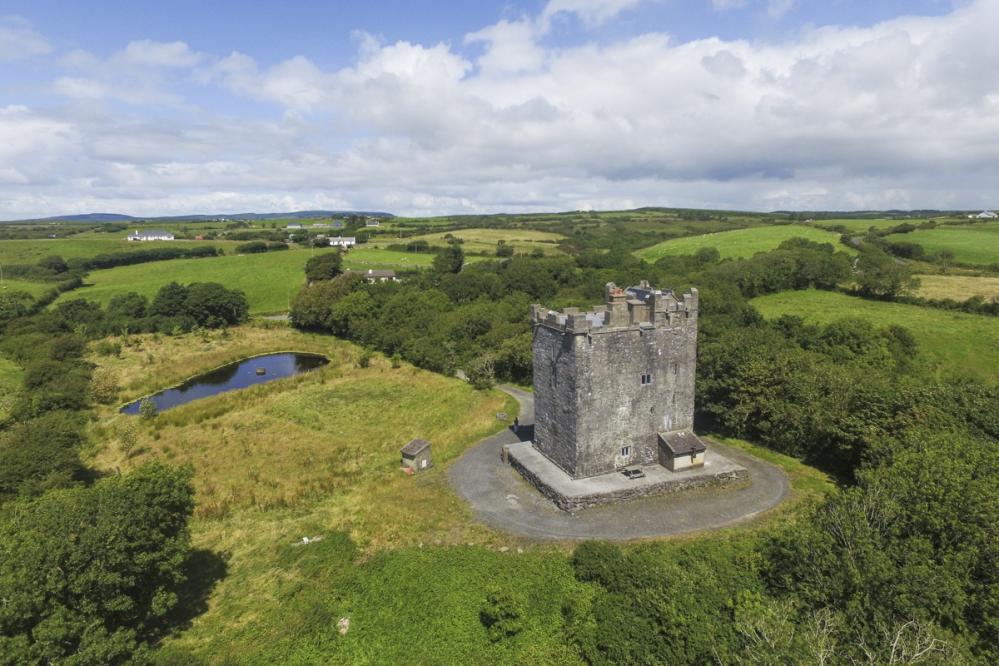 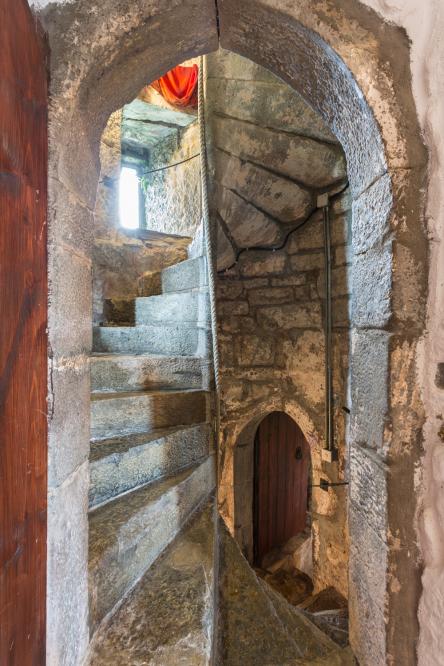 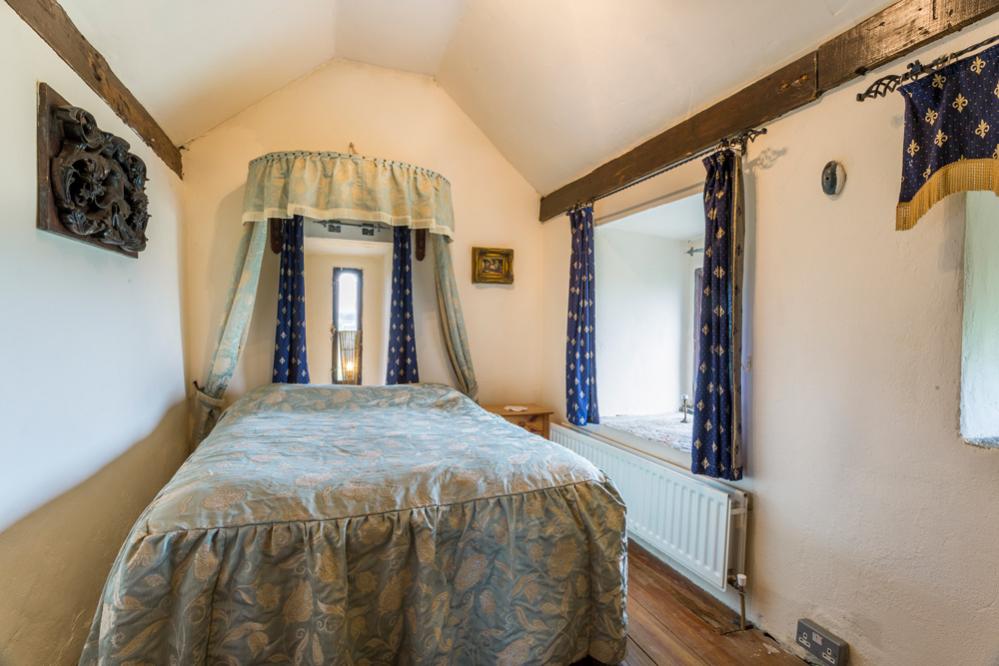 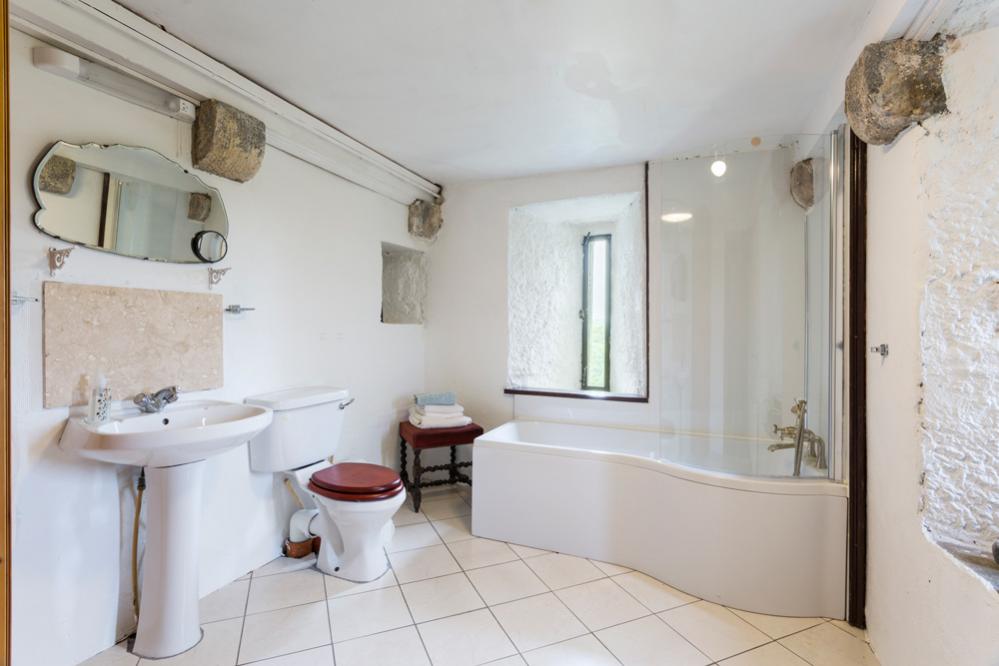 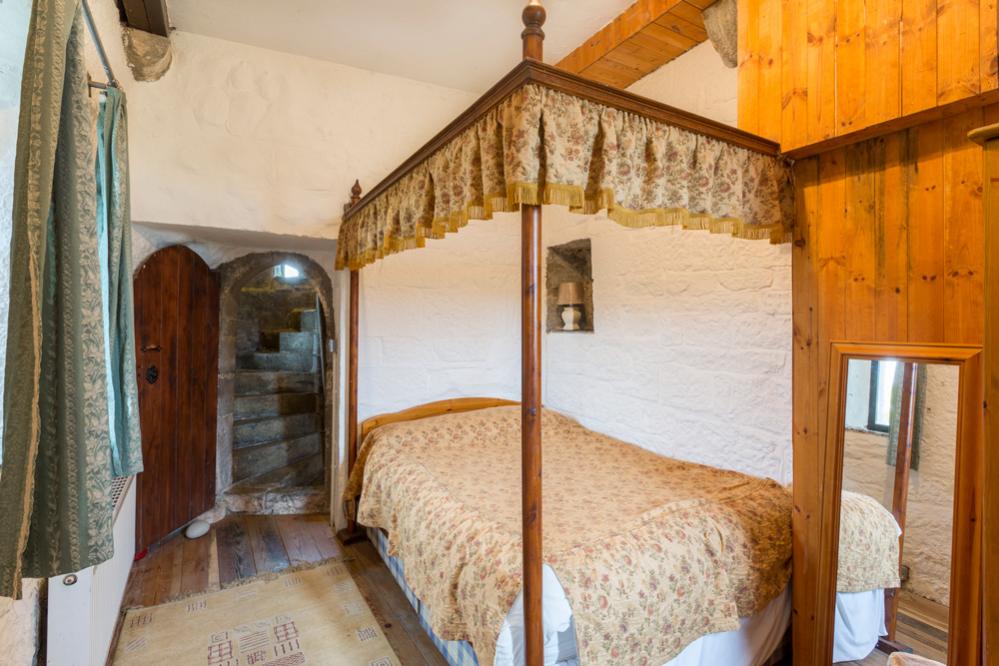 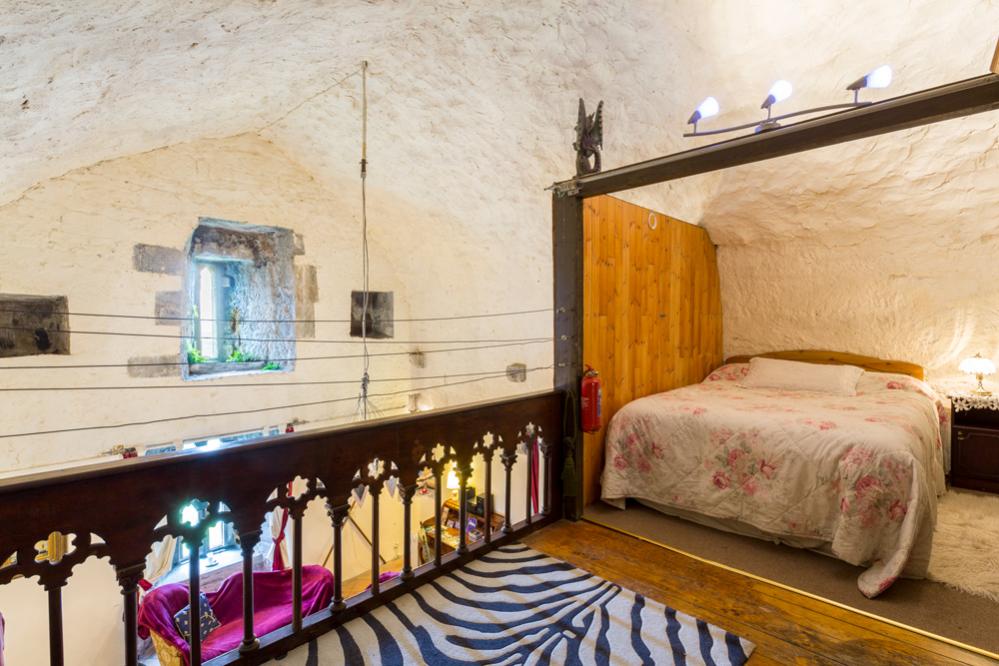 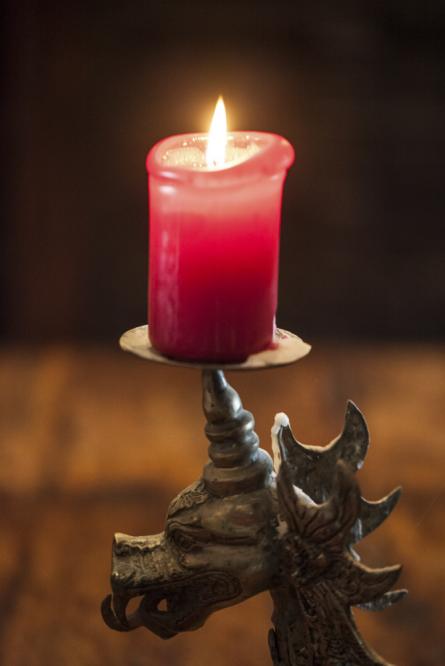 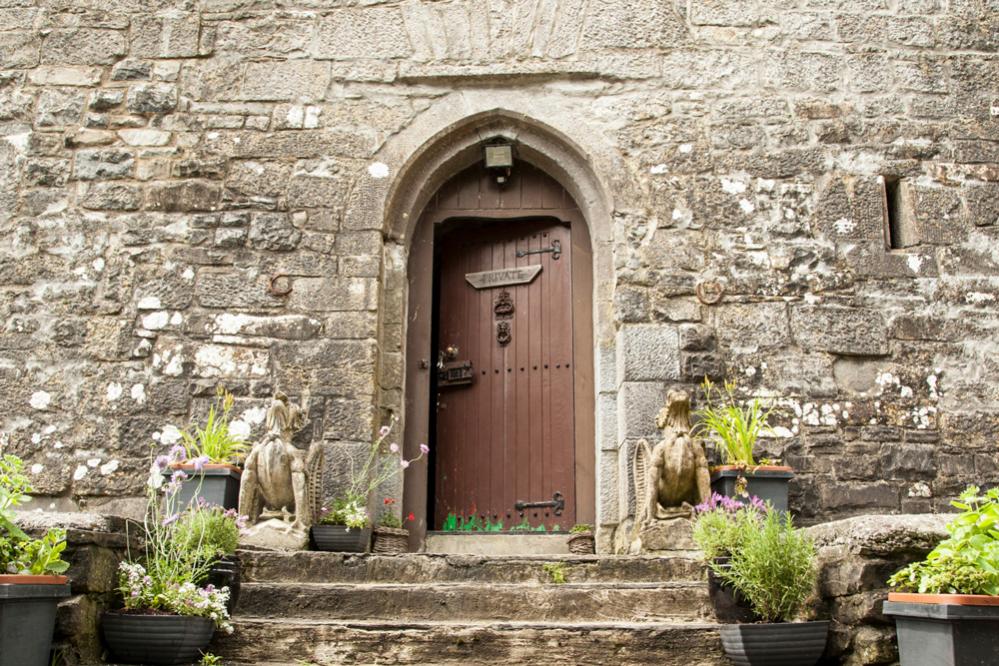 * Please kindly note that the property owners require a gap of 24 hours between bookings and therefore new bookings cannot begin on the same day as another book...

* Please kindly note that the property owners require a gap of 24 hours between bookings and therefore new bookings cannot begin on the same day as another booking ends.

Step back in time at Smiths Castle, a 15th century Irish castle renovated for modern holidays. Here, you can find peace and quiet on almost 5 acres of mature grounds overlooking a river valley but travel easily to all that County Clare’s west coast has to offer.

Just a few miles away, you can walk the longest sand beaches in Ireland, marvel at the breathtaking Cliffs of Moher, take a ferry to the rugged Aran Islands or play golf at two championship courses. Spend a day at the Lisdoonvarna spa, and make sure to explore the unique Burren landscape. Its “fertile rock,” limestone, hosts rare flora and fauna as well as prehistoric monuments.

After your explorations, gather for a candlelit dinner in the large banqueting hall with a 17th century carved wooden table. With 3 cosy double bedrooms and romantic sleeping for two in the minstrels gallery overlooking the great hall, the castle sleeps 8. You’ll find antique furniture in every room, but updated bathrooms and kitchen.

This Irish castle is 45 minutes from Shannon Airport and near the N67 and N85 roadways, 2.5 miles from Kilfenora.

There are hundreds of things to see and do in the neighbourhood, from experiencing the countryside t...

There are hundreds of things to see and do in the neighbourhood, from experiencing the countryside to one of the many cultural events or extensive sports facilities.

County Clare is a land of ancient castles, prehistoric cliffs and diverse landscapes, of uncrowded byways and fascinating sightseeing, from quiet lakes to vast, sandy beaches and the eerie landscape of 'The Burren'. The wild Atlantic coast line offers a wealth of exciting and diverse adventures.

Lahinch (6 miles): This lovely seaside resort has a lot to offer. Stretching around one of the longest sand beaches in Ireland, it also has a fantastic Seaworld Aquarium and leisure centre with swimming pool and two championship golf courses.

Cliffs of Moher (6 miles): Some call it the largest tourist attraction in Europe. Rising 650ft out of the Atlantic Ocean and extending for 5 miles, the sheer rock face of the Cliffs is an awesome sight.

Doolin (6 miles): The mecca for Irish music, pubs and celtic craft is Doolin. The three Aran Islands lie in the entrance to the Galway Bay and can be reached by ferry.

Kilfenora (2.5 miles): The smallest diocesan of Ireland with its cathedral and famous highcrosses. Nearby, Lickeen Lake is an insider tip for every passionate freshwater angler. The Burren Exhibition Centre has a fabulous display, and guests should not miss the traditional Irish Dancing at Vaughan's Barm.

Liscannor (6 miles): Famous among deep-sea anglers, step on board one of the boats and explore the waters of Galway Bay. Visitors may see blue sharks, basking whales, dolphins or even killer whales.

Lisdoonvarna (3 miles): Founded at the discovery of its sulphur, iron and magnesium rich spa wells, this town is home to welcoming restaurants and some excellent traditional pubs. Guests can treat themselves to a sulphur bath, have a massage, wax treatment or sauna in old-fashioned Victorian surroundings. Don't miss the unsurpassed taste of the world famous salmon from the Burren Smoke House.

Within 10 miles, there are also many sports facilities including pony trekking, surfing, diving, abseiling, caving, pitch and putt, cycling, tennis, and of course hundreds of miles of scenic walking routes.

Shannon Airport is about 45 minutes by car. The castle is 2.5 miles from the nearest town.

The History of Smiths Castle

Only few castles in the West of Ireland have survived into our times. Ballynagowan (Smiths) Castle has played an exciting role in the history of North Clare, taking its name from ‘beal-atha-an-ghobhan’, meaning the ‘mouth of the smith’s ford’.

It was first mentioned in 1551 when the last King of Munster, Murrough O’Brien, (also known as the Tanist, was created 1st Earl of Thomond and 1st Baron of Inchiquin in 1543), willed the Castle of Ballynagowan to his son Teige before his death.

Over the years it accommodated many famous characters of Irish history. Records show that in 1600 the legendary Irish rebel “Red” Hugh O’Donnell rested there with his men during his attack on North Clare, spreading ruin everywhere and seeking revenge on the Earl of Thomond for his being in alliance with the English.

In 1649 Oliver Cromwell’s army came from England with death and destruction. The Castle was attacked with cannons when Cromwell’s General, Ludlow, swept into North Clare striking terror everywhere he went.

In 1650 Conor O’Brien of Lemeneagh became heir of the castle. His death, however, came shortly afterwards in 1551, as he was fatally wounded in a skirmish with Cromwellian troops commanded by General Ludlow at Inchicronan. With him had fought his wife Maire Rua O’Brien (“The Red Mary”, named after her long red hair), one of the best known characters in Irish tradition. She had lived in the castle as a young woman and it is the ferocity and cruelty attributed to her, which has kept her name alive. Legends tell that to save her children’s heritage after Conor’s death she married several English generals, who were killed in mysterious ways one after the other- she supposedly ended her bloody carrier entombed in a hollow tree.

During 1652 almost all inhabitable castles in Clare including Smiths were occupied by Cromwellian garrisons, a time of terrible uncertainty as Clare was under military rule.

Over the next decades Ballynagowan Castle was the seat of army generals, the High Sheriff of County Clare and Viscount Powerscourt, one of the most powerful aristocrats who had their main residence - a monumental neogothic palace - in Dublin.

The castle was last inhabited mid-19th century and until its recent restauration served as beloved meeting point for couples -, songs and poems about it finding their way into the local pubs.

The castle is filled with fascinating historical features and offers a wonderful insight into the pa...

The castle is filled with fascinating historical features and offers a wonderful insight into the past for children staying at the castle. Furthermore the position of the castle offers guests with an exciting and diverse selection of unique landscapes and tourist sites to explore with children of all ages.

***Please note all bedrooms are on separate floors and the spiral stone staircase is not ideal for very young families.

At Oliver’s Travels we pride ourselves on going that little bit further for our guests. From private chefs to travel services we can help you arrange those little extras that make it a truly memorable holiday. Simply fill in the concierge request form or contact the Oliver’s Concierge Team who will be happy to help. We can typically help you arrange any of the following:

Please kindly note that the property owners require a gap of 24 hours between bookings, bookings therefore must begin the day after the previous booking. Any requests for stays that start on the same day as another booking ends will not be able to be honoured. 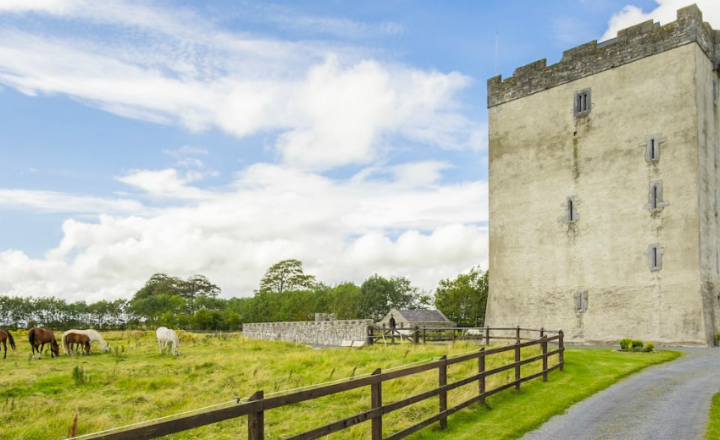 Most Stunning Castles to Rent in Ireland 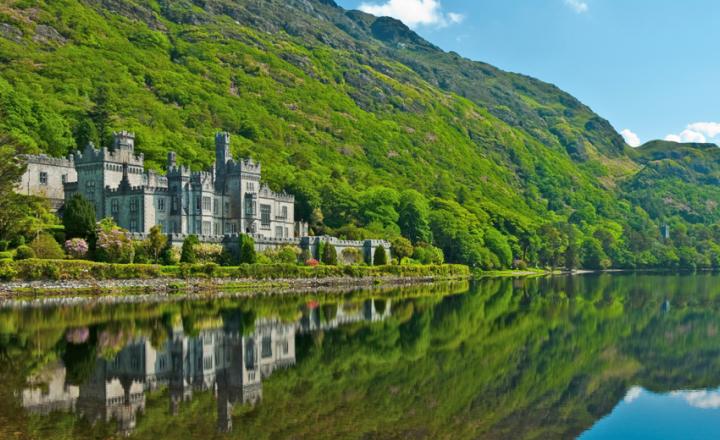 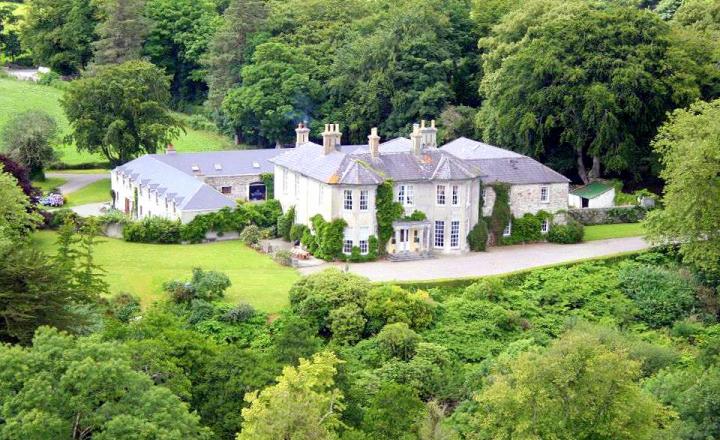 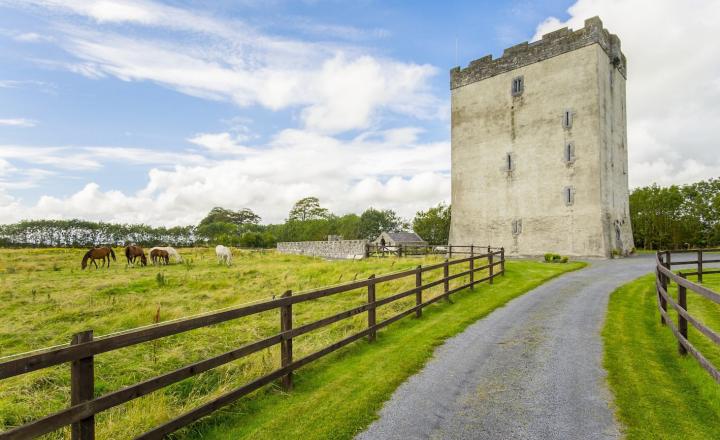 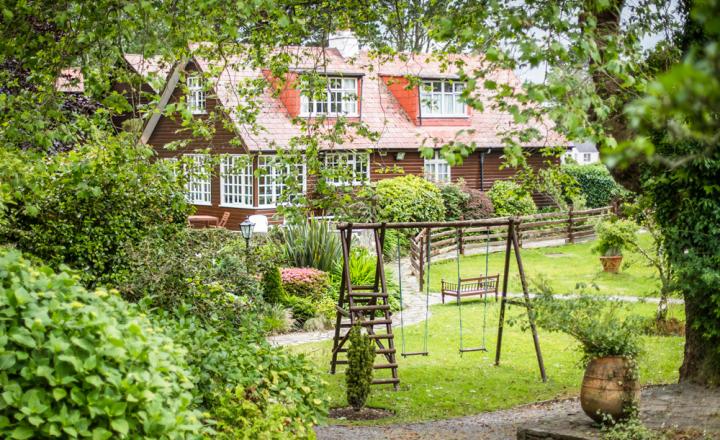 Ask a question about Smiths Castle