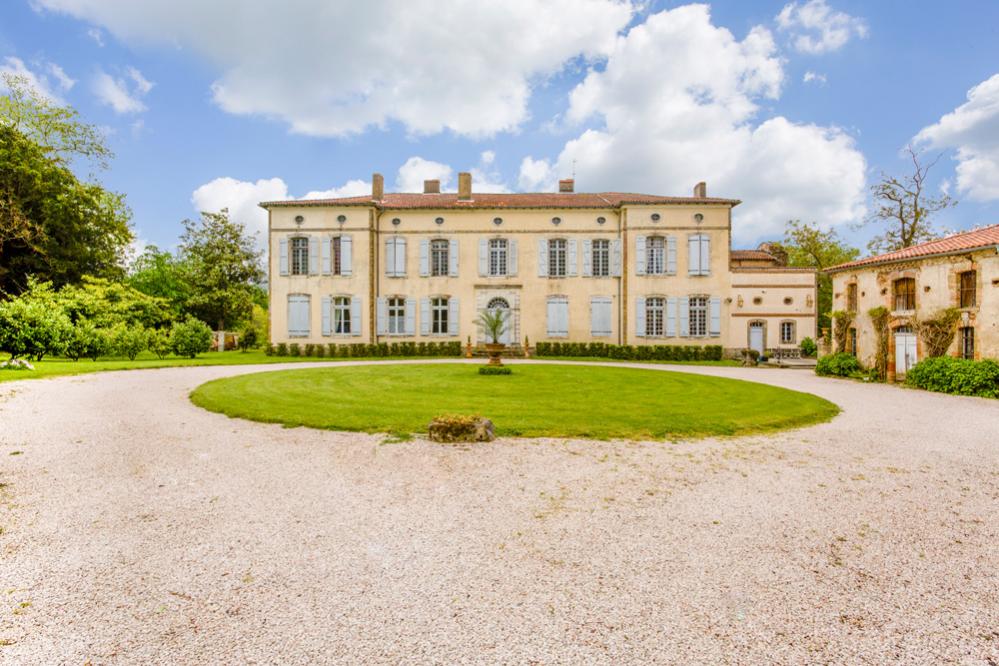 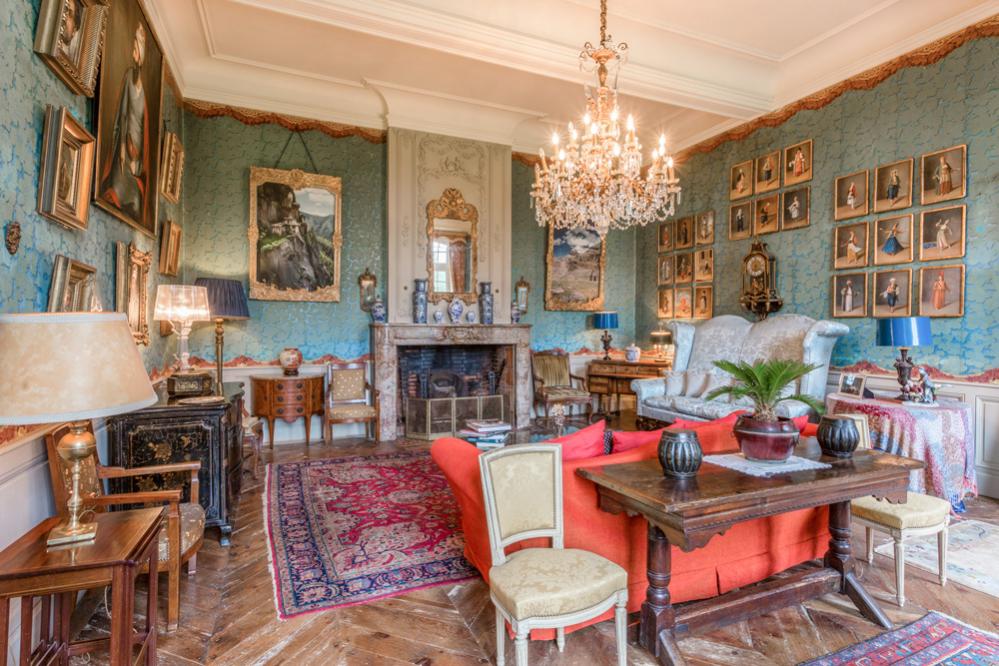 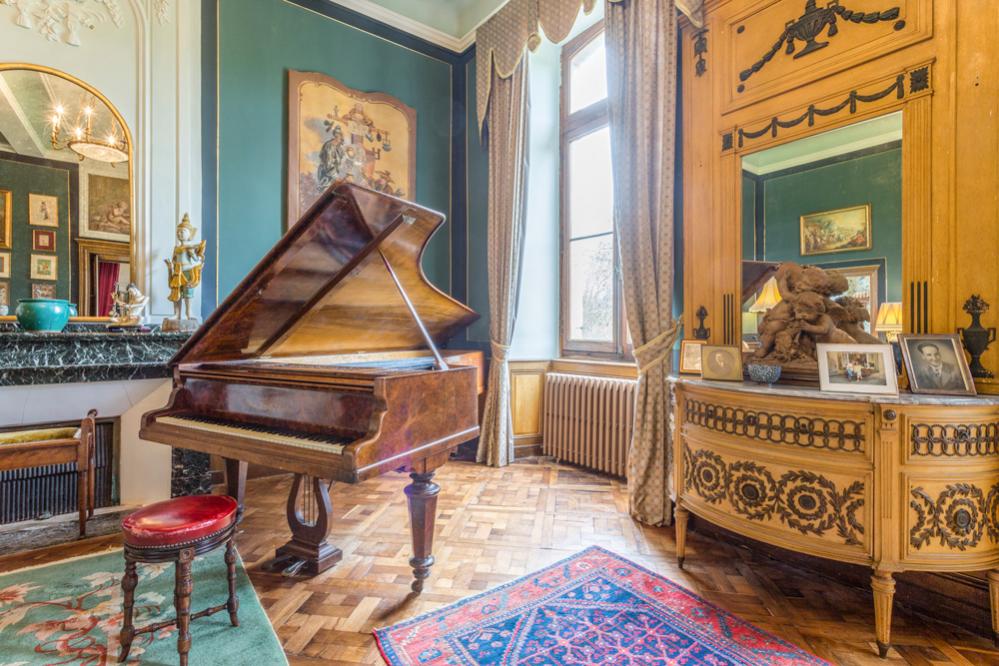 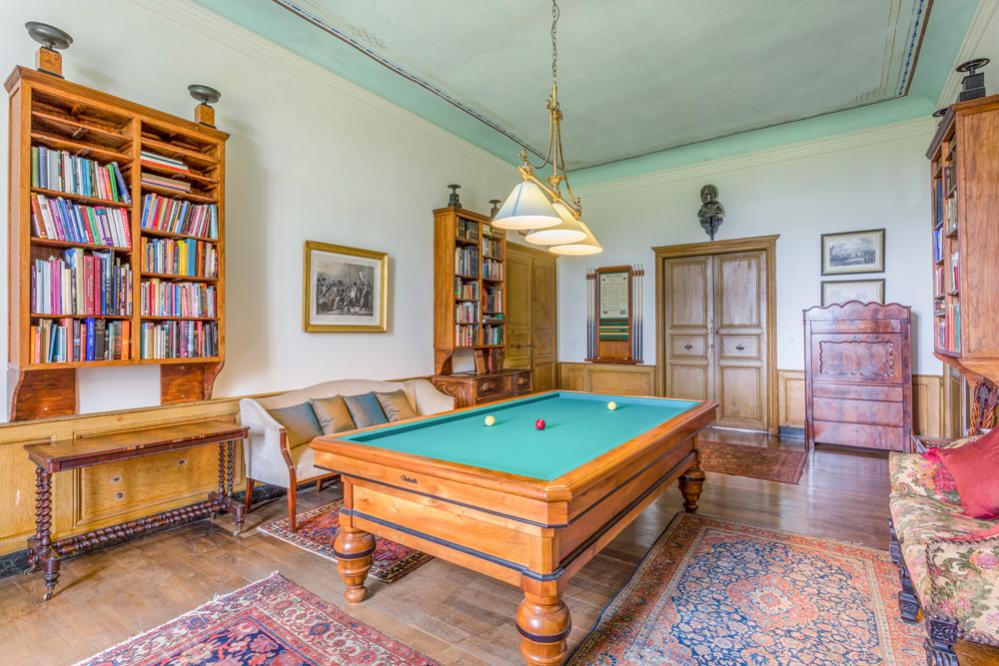 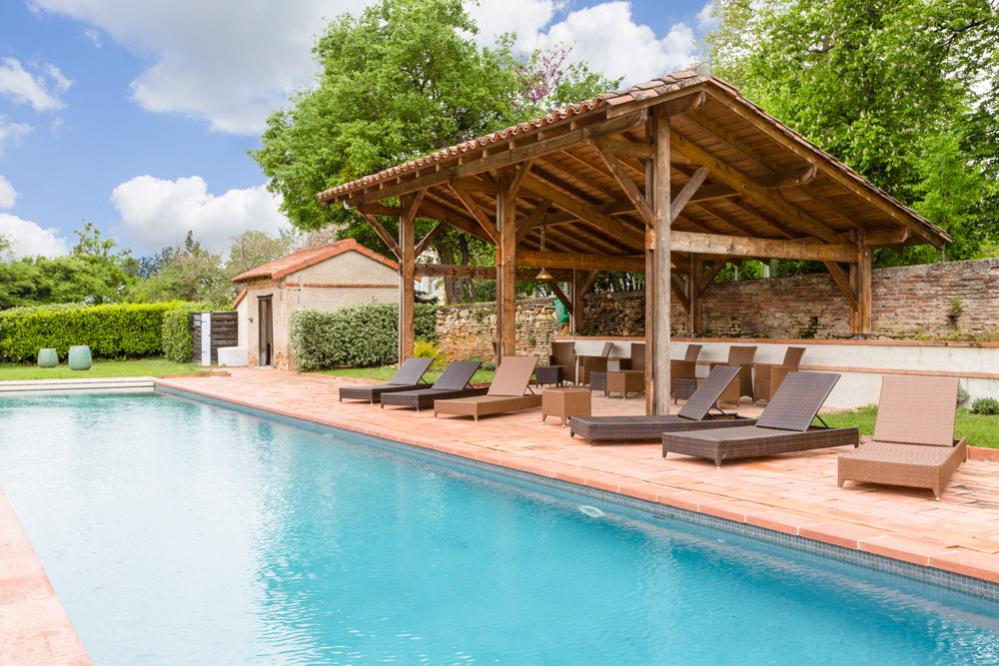 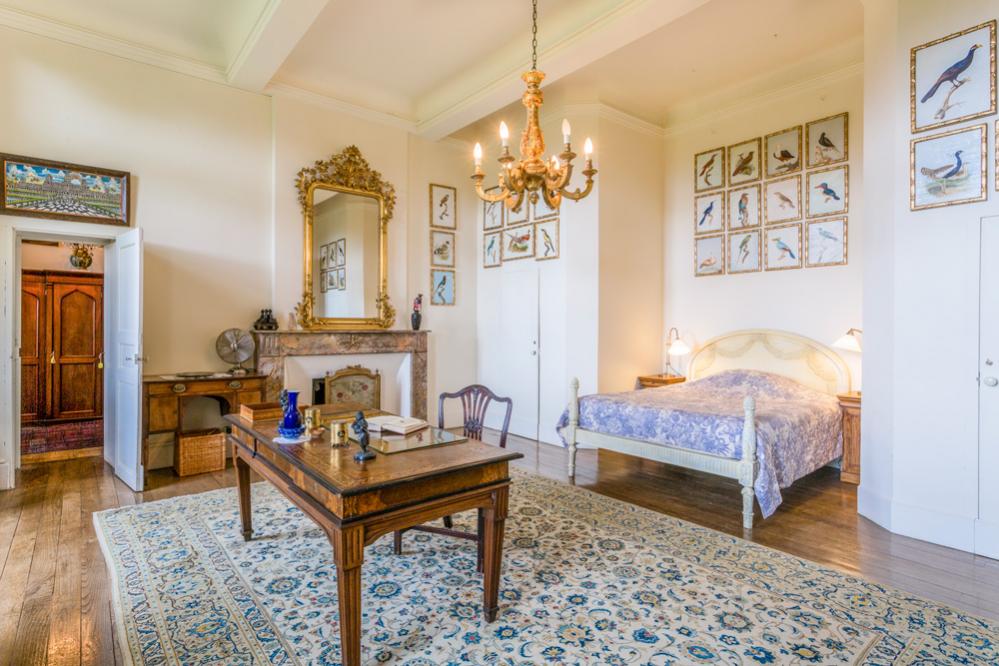 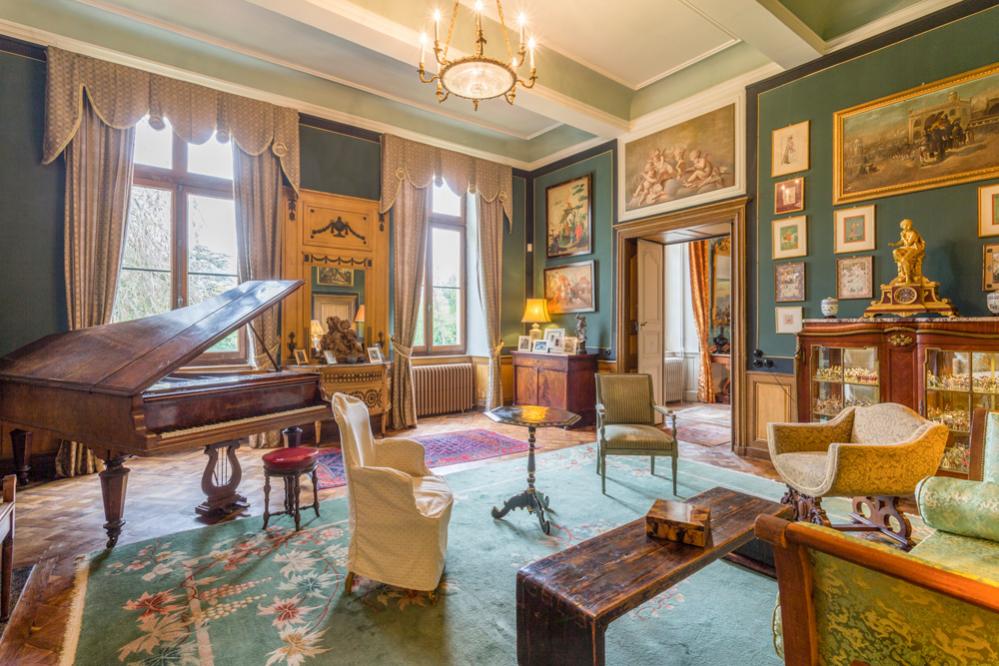 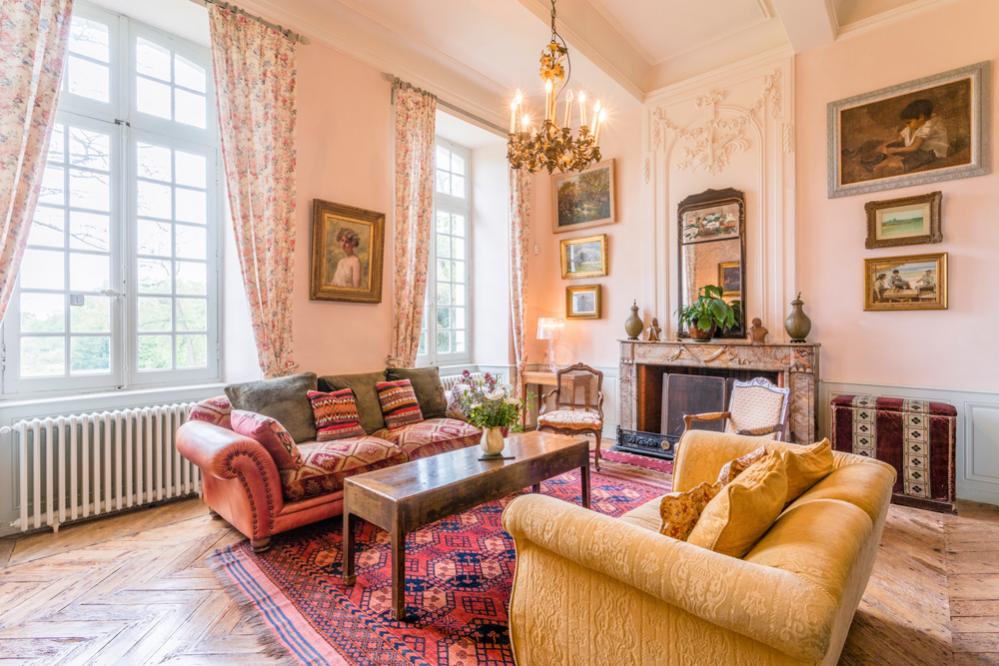 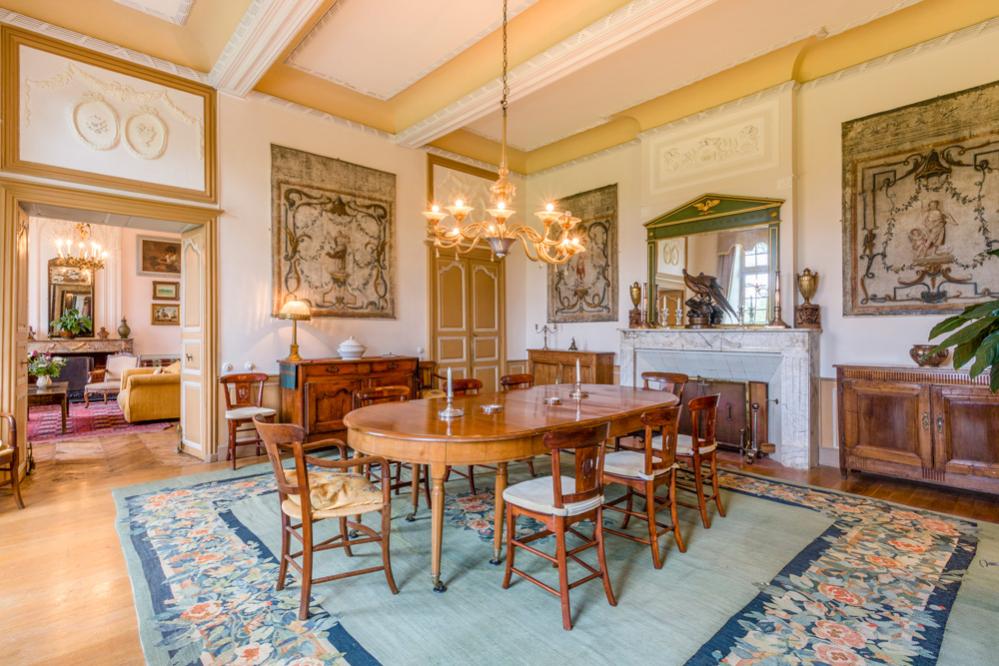 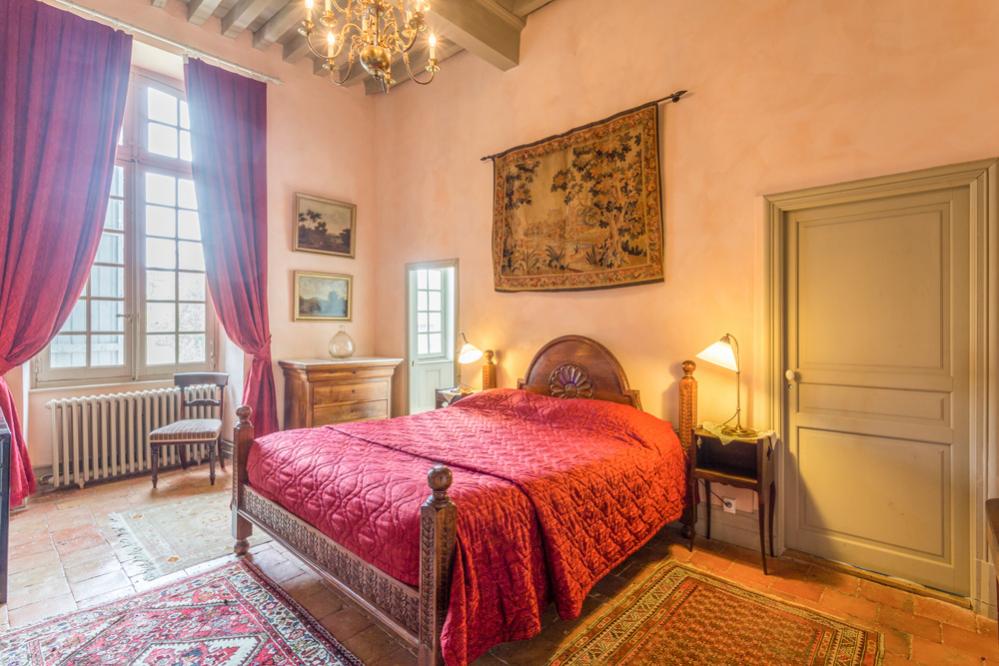 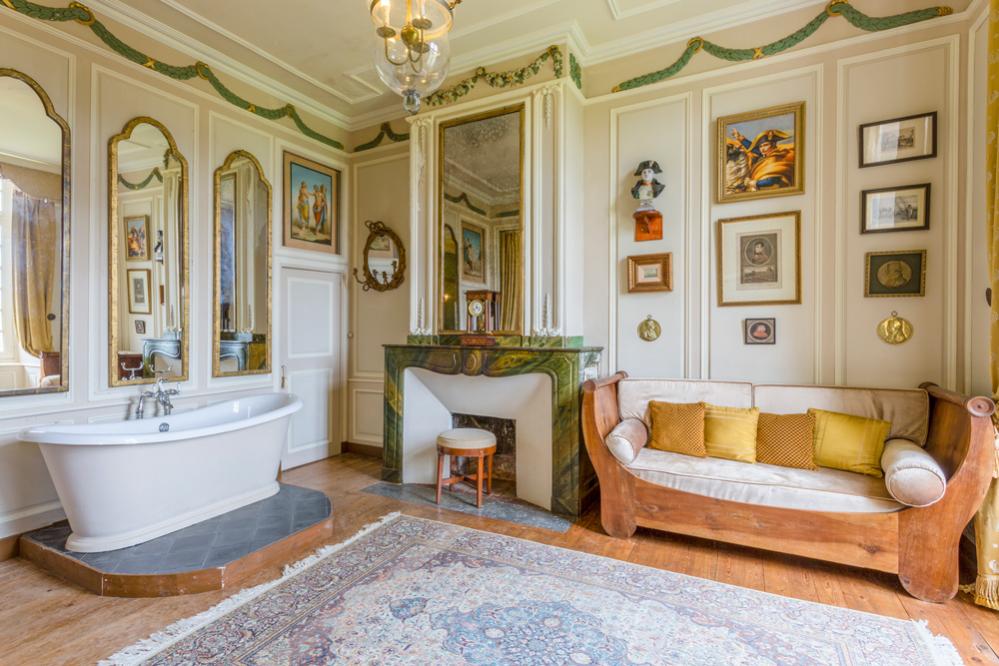 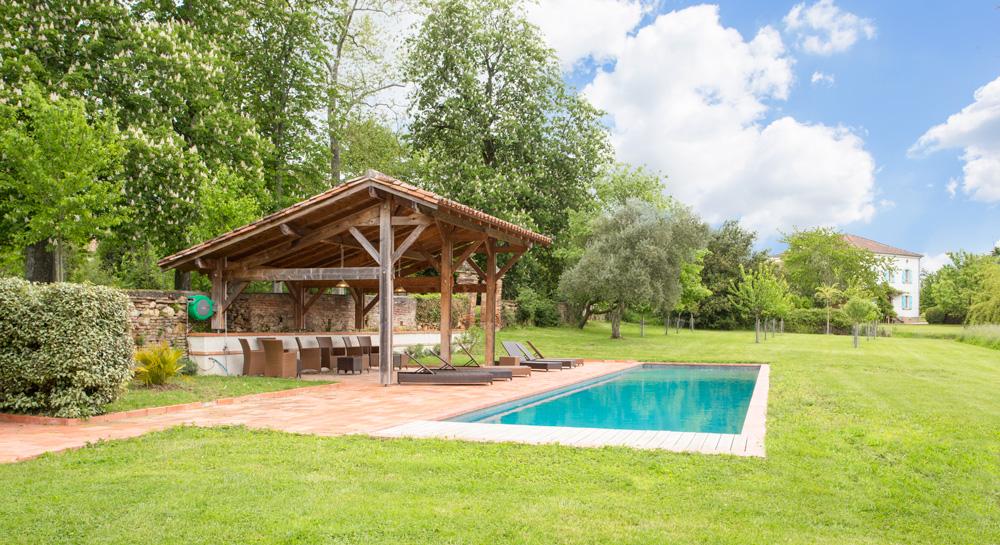 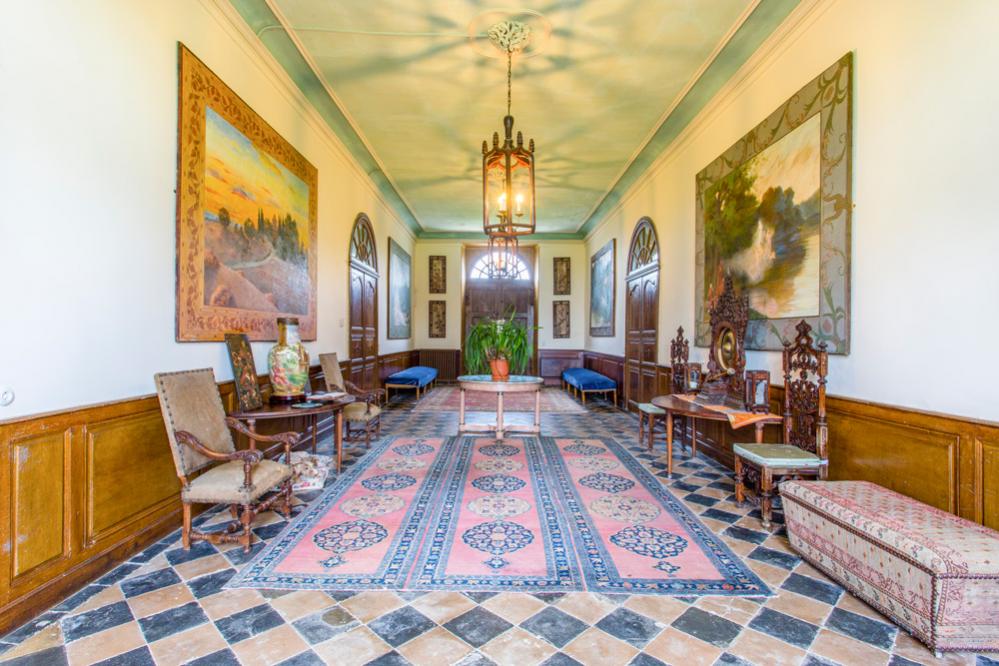 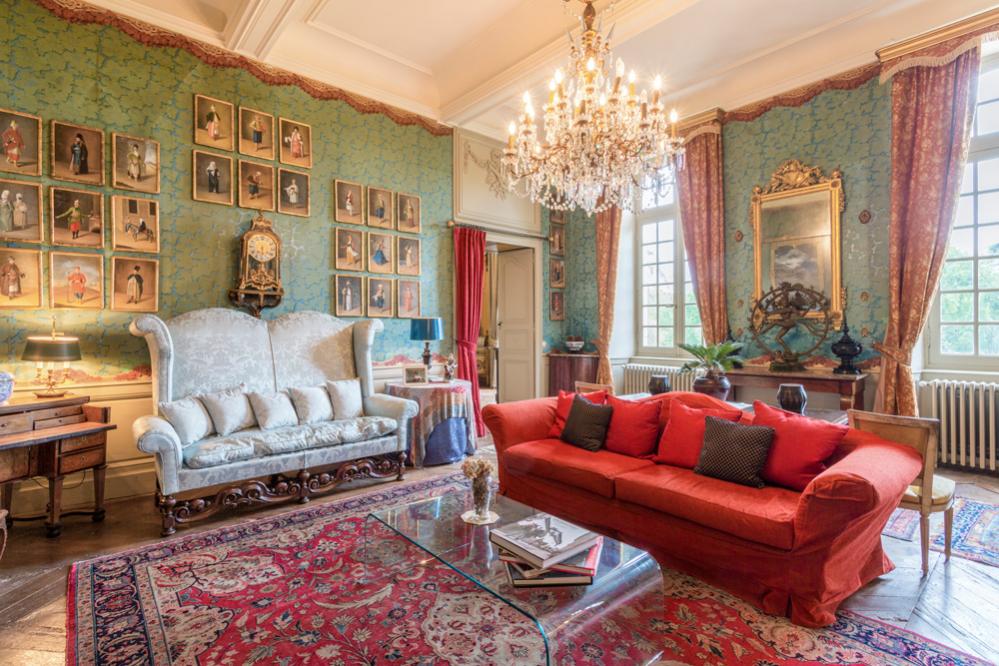 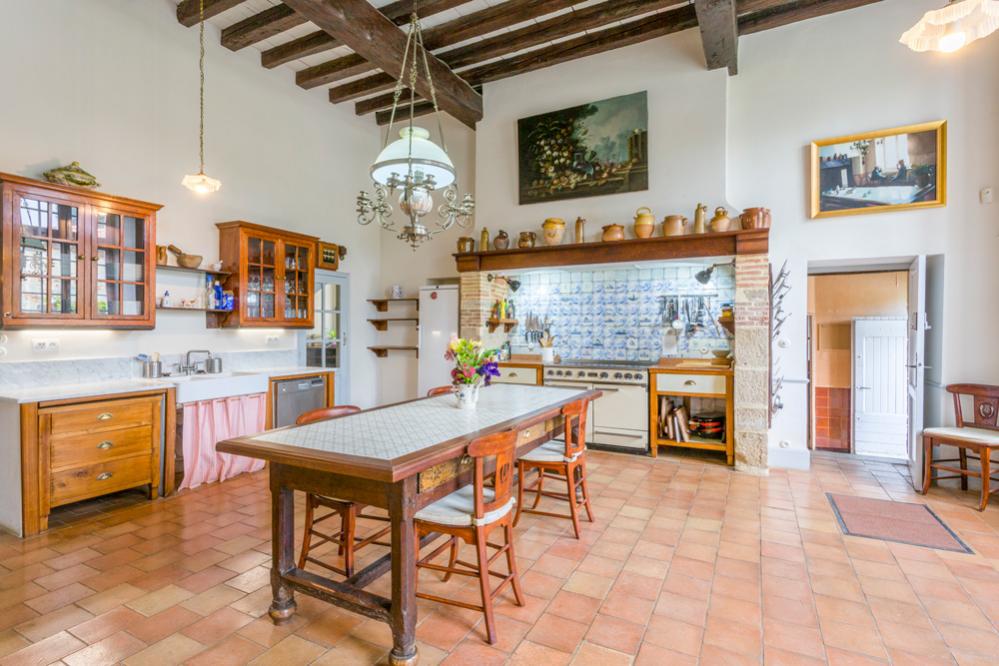 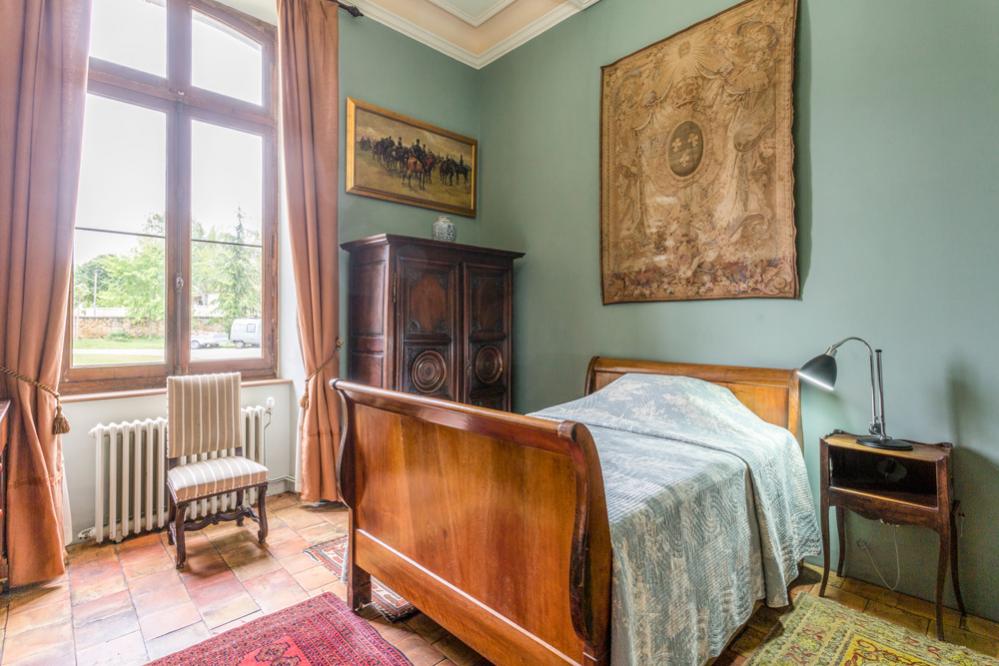 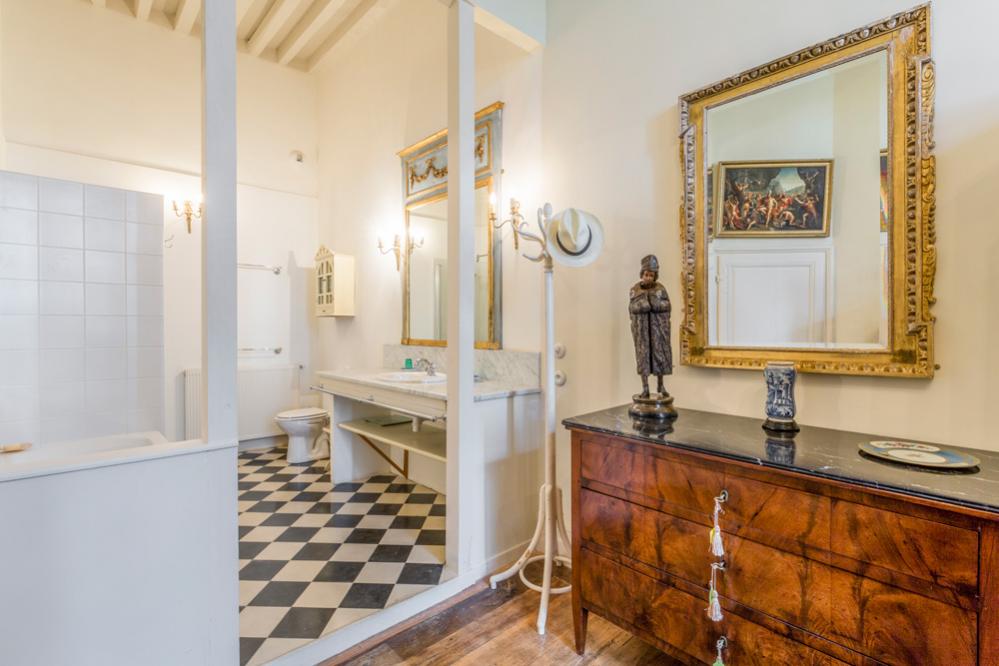 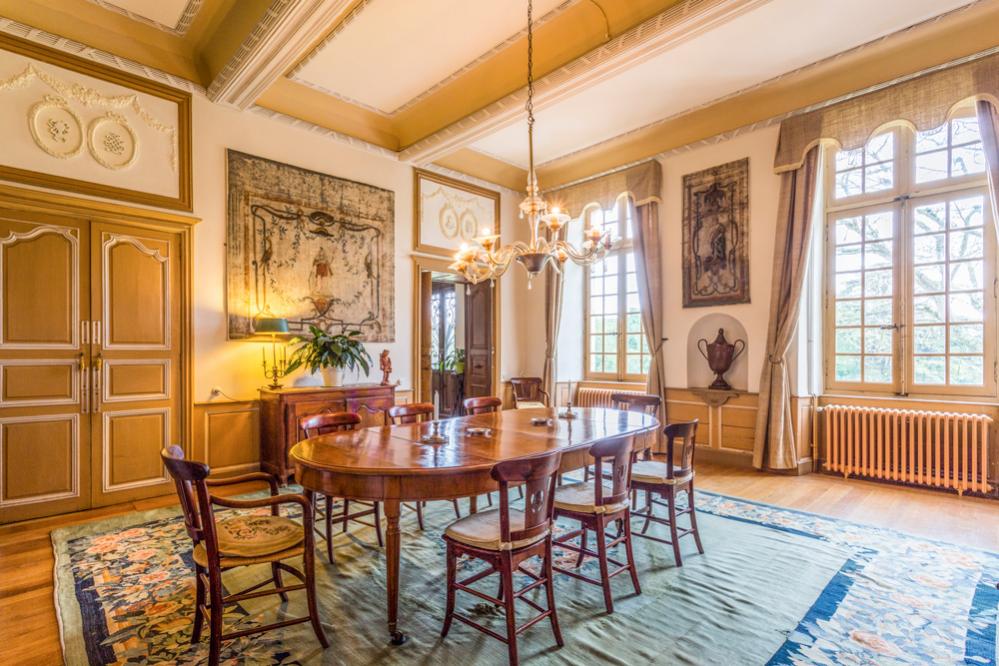 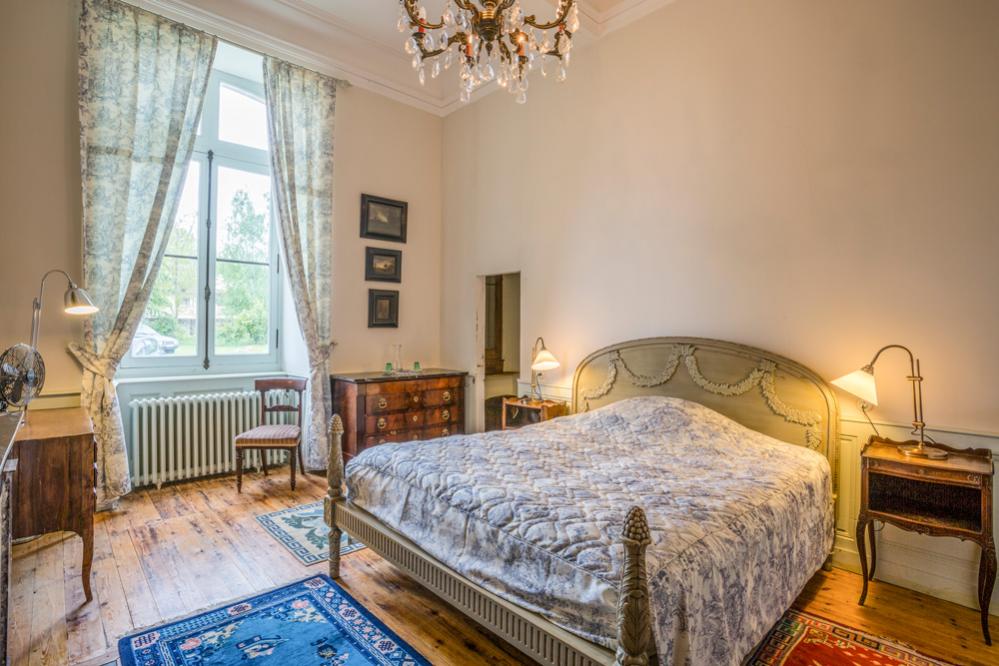 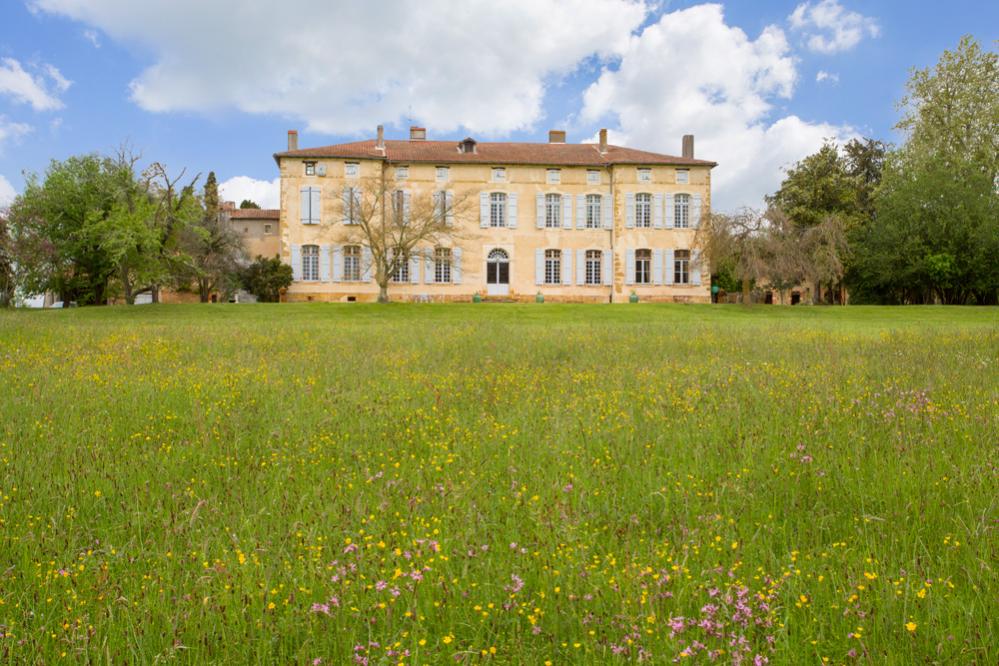 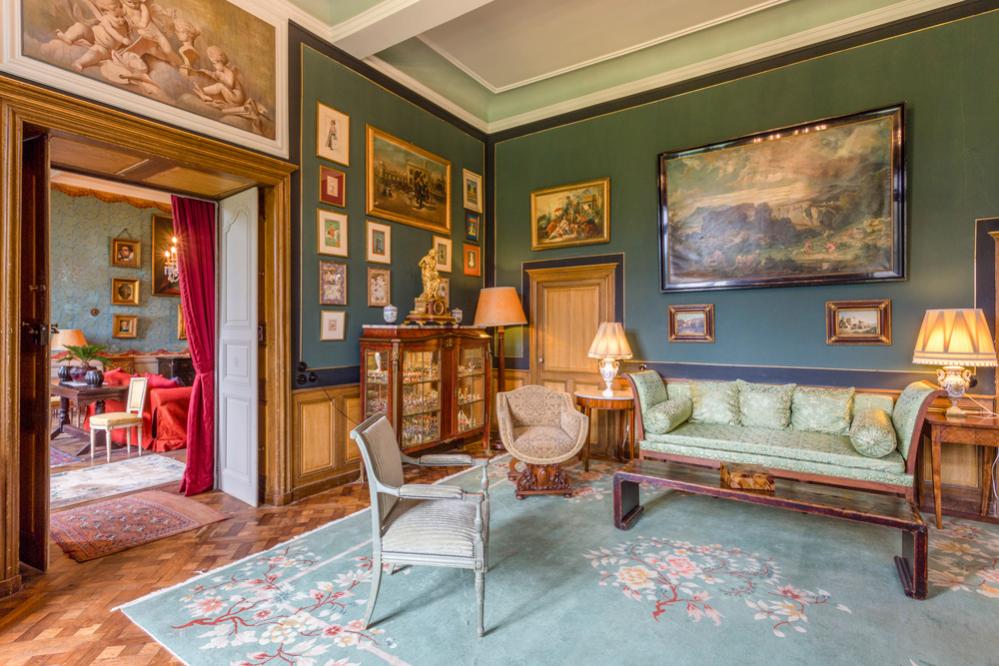 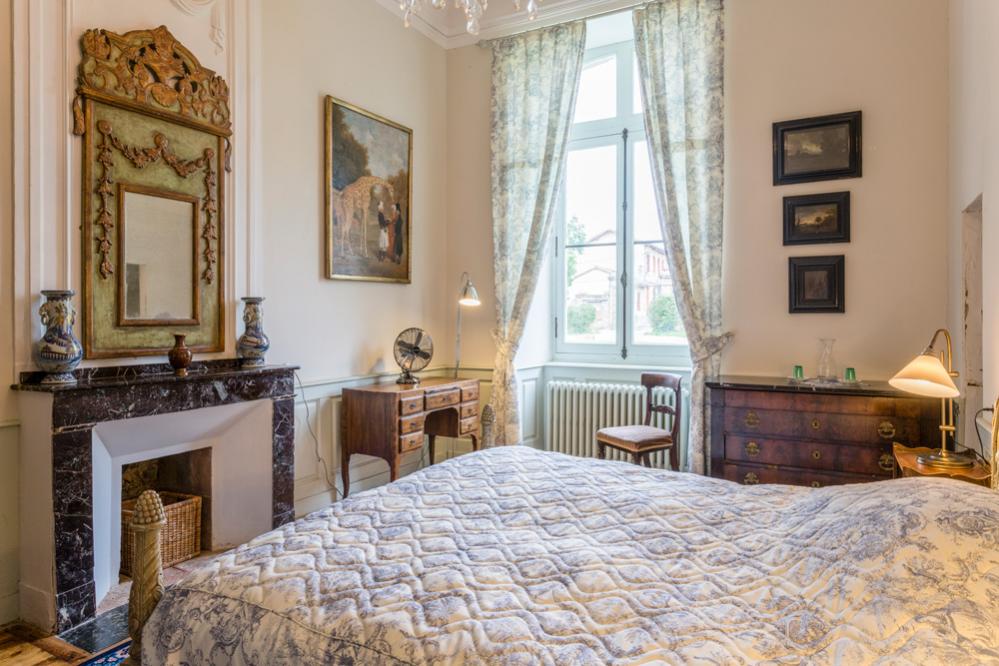 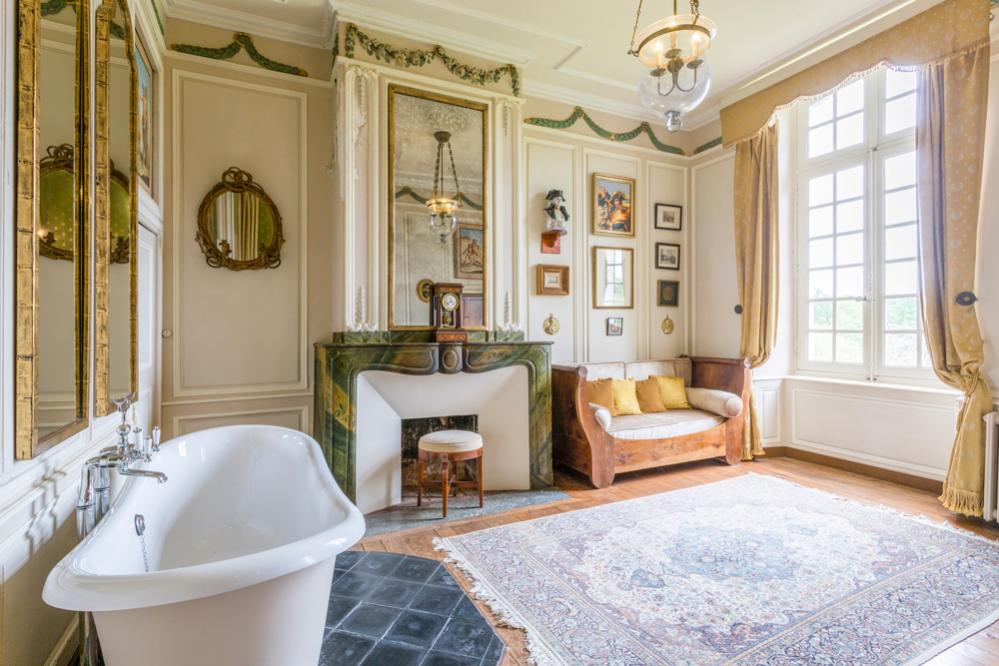 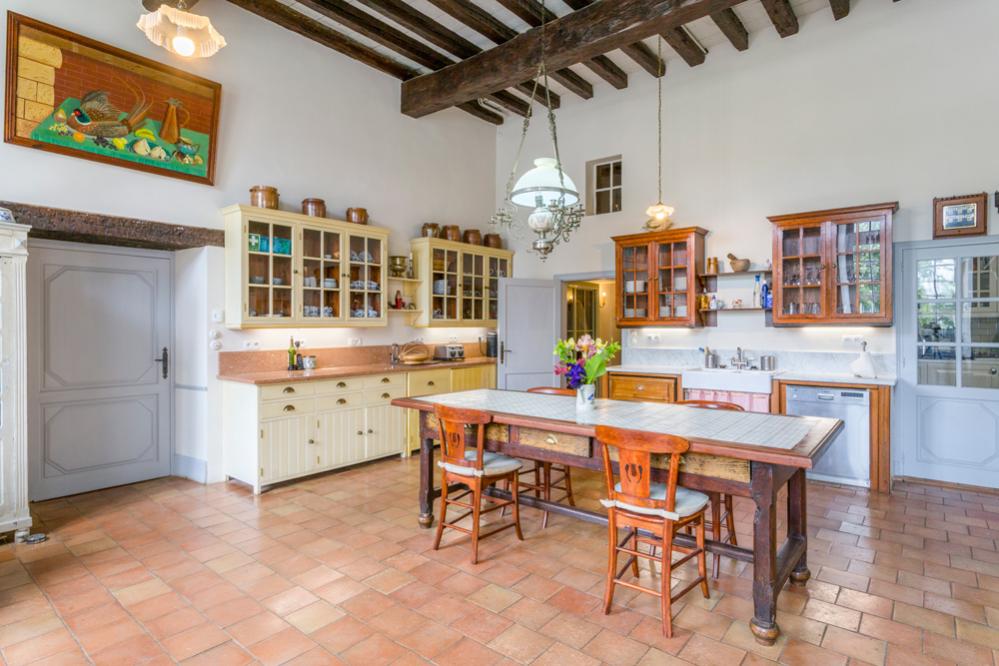 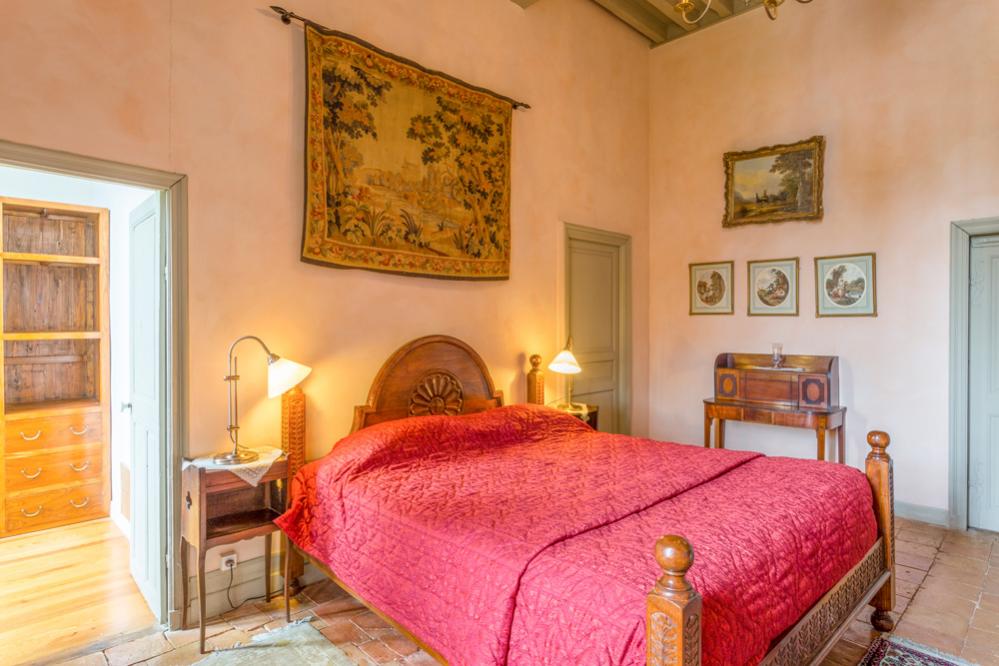 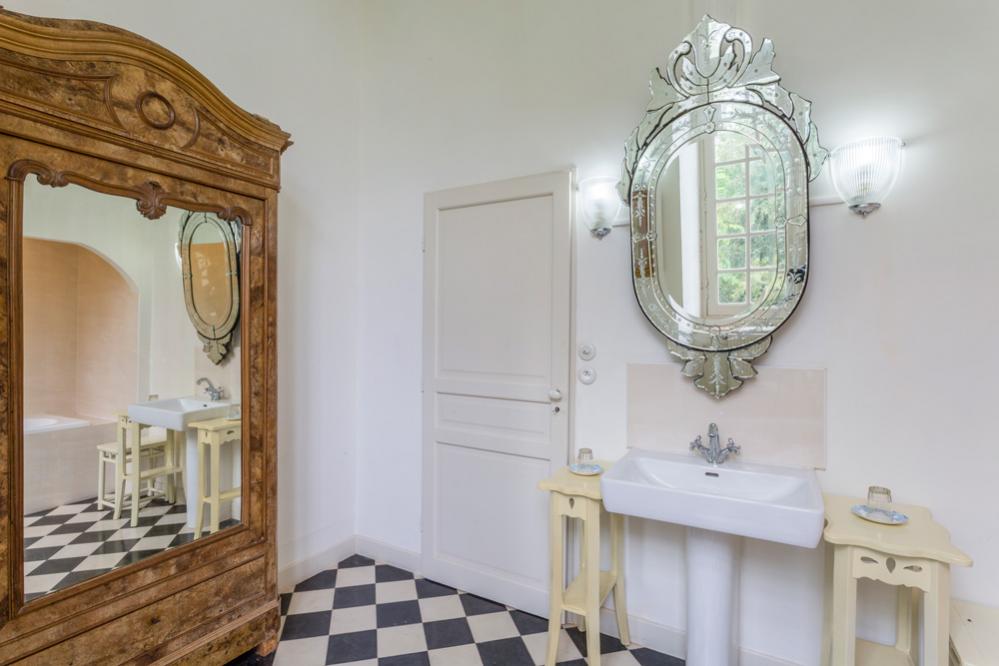 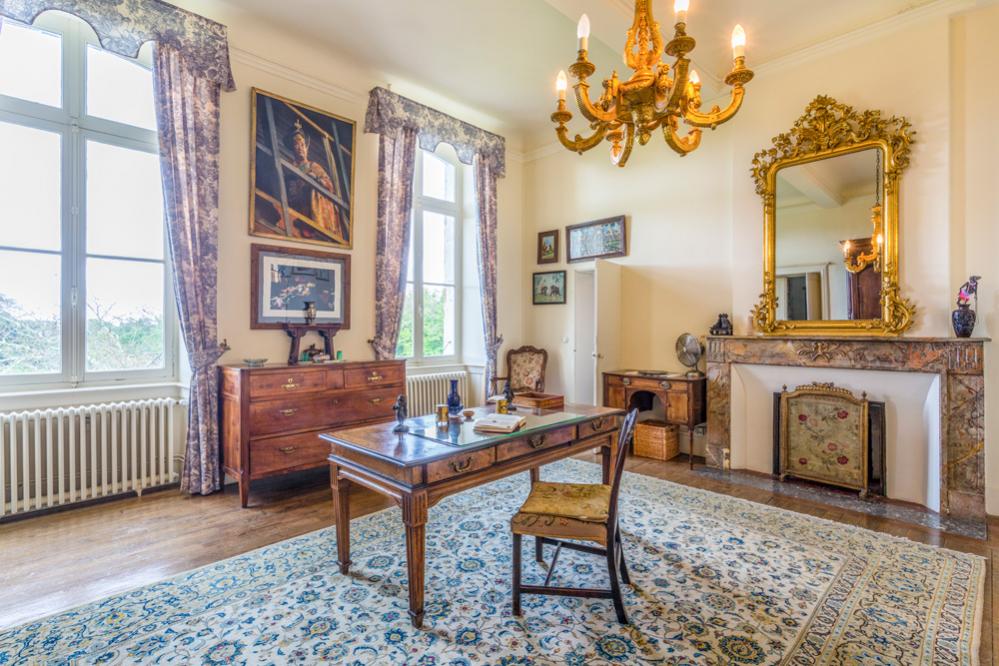 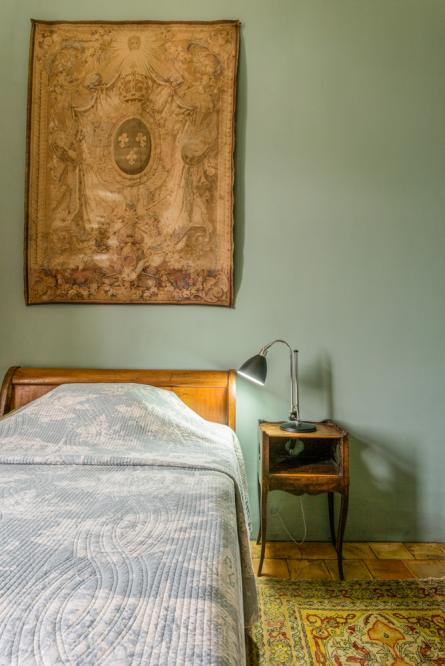 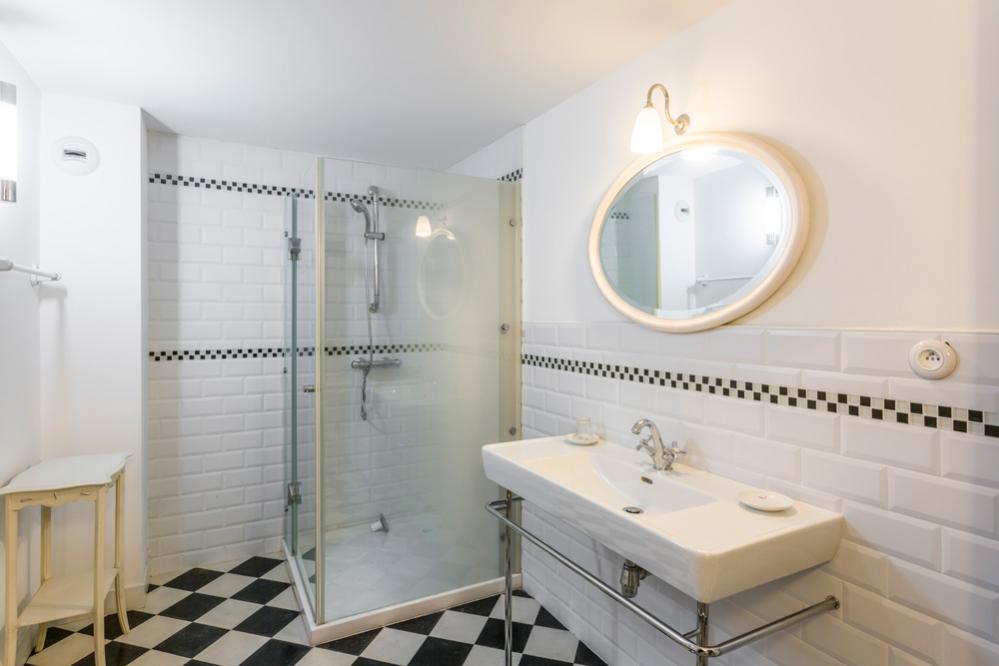 Set in 50 acres of private park and woodland, the elegant Chateau Siregarde is finished to a very high standard, and successfully combines the old world charm o...

Set in 50 acres of private park and woodland, the elegant Chateau Siregarde is finished to a very high standard, and successfully combines the old world charm of antiques and beautiful pictures with modern day amenities such as luxury bathrooms, central heating and a heated 20 metre swimming pool.

It is five minutes drive from a charming village offering all amenities, and only fifteen minutes drive from the larger town of Cazeres. It is also forty five minutes drive from Toulouse. This unique ten bedroom chateau is generously proportioned over two floors and boasts numerous reception rooms, a large hall and an attractive kitchen. Ideal for groups of up to 17 people, it is surprisingly comfortable and intimate with smaller groups. There is a light welcome supper with wine on arrival!

The property is entered through an impressive gate that leads into a circular courtyard. The main door to the Chateau opens into the Grand Hallway which leads straight through to the park and garden. On the South side is the dining room (seats 14 with a smaller table for 6 also available) and the three drawing rooms (a comfortable TV room, the elegant Blue Salon and the Music Room with its piano).

At the front of the chateau is the original 18th century terrace which is ideal for summer lunches. The ground floor also has two bedrooms, all the remaining bedrooms are on the first floor. The kitchen is a stunning 45 square metre room which is a pleasure to cook in. To easily enjoy an al fresco meal in the privacy of the garden, our gas and charcoal bbq are at your disposal.

The grand staircase leads to the first floor and to the Library and the eight upstairs bedrooms. There are two extremely grand bedrooms with their own dressing rooms and bathrooms (Chambre Monsieur and Chambre Madame); two other large double bedrooms with ensuite bathrooms (in addition to one on the ground floor); a charming twin bedroom, and a further three single bedrooms, with shared bathroom.

The pool (heated to 27 C and 20m x 5m) is out of sight from the chateau, yet only about one minutes walk from the garden side door. The estate has a number of outbuildings in original condition, including a cottage, an 18th century dairy and a stable and farm building built in the early 19th century.
The chateau is set in roughly 50 acres of park and woodland, originally landscaped in the English fashion. Many of the traces of original garden remain, including a 350 year old cedar tree, an alley tree, an alley of chestnut trees and an enormous pond where wild duck nest.

Early morning risers will regularly see deer grazing. Around 25 acres of the grounds are unspoilt woods. In spring and summer the pastures and woods are dotted with wild flowers, and in autumn wild mushrooms, including cêpes grow in abundance.

The nearest village is 5 minutes drive from the Château and has an excellent small supermarket and ...

The nearest village is 5 minutes drive from the Château and has an excellent small supermarket and one of the best butchers in the region. There is also a grocer, flower shop, hardware store, pharmacy, tobacconist, newspaper agent, petrol station, two restaurants and a great pizzeria.

The nearest town is Cazeres, just over 15 minutes drive away, which has a hypermarket, and two large supermarkets, as well as many other shops. It also has a picturesque market on Saturday mornings where local farmers sell their produce. On every day except Sunday the surrounding towns offer a local market - the Monday market in Samatan is the most famous.

Toulouse is approximately 45 minutes drive from the Château. The fourth largest city in France, it is well known for its excellent shopping. Apart from the major retail brands, there are many elegant boutiques in the older part of the city.

Near the chateau are tennis courts, water skiing possibilities, as well as sailing, windsurfing and canoeing. A number of riding establishments are also available. There is an 18 hole, par 72 Golf Course in Buzet sur Tarn. Winter skiing is possible within an hour’s drive of the Château. A popular resort is Viella on the Spanish side of the border, 75 minutes drive away.

Other sites close by include the stunning 16th century renaissance Château de Saint-Elix; the potteries of Martes-Tolosane, originally founded by the Romans and still producing pottery in the local style; and the 13th century walled town of Montesquieu-Volvestre with its many listed buildings and covered market. A comprehensive list of all the local sites is available in the Château.

A relatively new addition to France, the Midi-Pyrénées was created to surround the cultural capital of Toulouse in the late 1970s. You might think that its relative youth would mean the Midi-Pyrénées is short on character or identity, but remember, this is France we’re talking about – the whole country is steeped in history and tradition. Encompassing parts of Gascony, Languedoc, the Gers and several others, you’ll get a varied slice of the whole French experience here, not least if you stay at one of our beautiful chateaux in the Midi-Pyrénées! And if you want to discover the best of what the region has to offer, our Midi-Pyrénées travel guide is here to show you where to go, what to eat and how you can make the best of your break with some amazing activities.

Ask a question about Chateau Siregarde