A relatively new addition to France, the Midi-Pyrénées was created to surround the cultural capital of Toulouse in the late 1970s. You might think that its relative youth would mean the Midi-Pyrénées is short on character or identity, but remember, this is France we’re talking about – the whole country is steeped in history and tradition. Encompassing parts of Gascony, Languedoc, the Gers and several others, you’ll get a varied slice of the whole French experience here, not least if you stay at one of our beautiful chateaux in the Midi-Pyrénées! And if you want to discover the best of what the region has to offer, our Midi-Pyrénées travel guide is here to show you where to go, what to eat and how you can make the best of your break with some amazing activities.

The Midi-Pyrénées defies simple summations. Perhaps that’s because of its size: this region takes up a substantial slab of southwestern France that is about as big as Denmark, after all. Its largest city is Toulouse, which has all the great culture, glorious architecture and first-class attractions befitting of – and often transcending – its size. Outside of Toulouse, there is pleasingly little in the way of urban development, but rather lush rural landscapes well-suited to hiking and outdoor activity. Serenity seekers tend to go north where gently rolling hills, wooded valleys and rivers lend themselves well to relaxing, away-from-it-all escapes, while adventurers tend to head to the Pyrenees down south, where wilder more dramatic terrain awaits.

Like much of the South of France, the Midi-Pyrénées is blessed with the kind of warm, sunny climate that has Brits reaching for their passports. It’s at its hottest during July and August when average maximum temperatures rise to the late 20s, though cooler nights provide welcome relief.

Holidaymakers planning to spend most of their time out and about may be more comfortable arriving between early April and late June or in September and October, when temperatures are just a few degrees lower. Spring and autumn both have unique draws: in spring, the orchards blossom and flowers bloom, while autumn sees the landscape covered in a carpet of myriad rust-coloured hues.

Winter in the Midi-Pyrénées means ski season, and resorts such as Grand Tourmalet are the snow-covered destination of choice for beginners and pros alike. Further north away from the high-altitude slopes of the Pyrenees, things are a little milder though you can still expect bright, frosty days.

For adults, the Midi-Pyrénées is a walkers’ paradise, but let’s face it, the kids probably won’t be enthused at the prospect of a long stroll. Throw in a treasure trail, pony, bike or raft into the mix, however, and they’ll be all ears.With valleys, mountains and gorges, the Midi-Pyrénées is really one big adventure playground and perfect for an energetic family holiday. There are precipitous slopes to walk, whiz or spin down; vast lakes and rushing rivers to swim and paddle through; fortified towns and medieval towers to explore; and dark caves to be breached – as well as an impressively varied selection of family friendly villas that you can call home for a week. And when all else fails, turn to the region’s animal parks where monkeys, reptiles and all kinds of tantrum-halting cuddly creatures are all but guaranteed to keep the little ones happy.

To save you some valuable time, we’ve taken the initiative and poured through the region’s family-friendly offerings – here are just a few of the top activities that caught our eye.

Best Activities for a Family Holiday in the Midi-Pyrénées

Looking for more ideas for the whole family? why not have a read of the best things to do with kids in Midi-Pyrénées.

Family-Friendly Hiking Paths in the Midi-Pyrénées

As benefits the warm and sunny climate, activities tend to take place outdoors in the Midi-Pyrénées. In the summer, spring and indeed autumn, it’s a magnet for all kinds of outdoor adventurers. With the craggy peaks of the Pyrenees on hand, hiking, mountain biking and climbing are particularly popular. In winter snow carpets the high peaks and outdoorsy types storm the slopes for skiing, snowboarding, sledding and sleigh rides.

Of course, it’s not all about action and adrenaline in the Midi-Pyrénées. You can slow things right down with some more languid pursuits, from lazy river cruises to slow-paced pony rides, and, should a rare bout of bad weather hit, with rain-proof spa days and craft workshops. Getting the most out of your Midi-Pyrénées group holiday will require a little forward-planning. Luckily enough, we’ve done the spadework for you by compiling a list of our top group activities. All you need do now is pick the quirky chateau that’s just right for you.

More Laid-Back Activities in the Midi-Pyrénées

Be sure to visit the best things to do in Midi-Pyrénées for grown ups , where you can find more fun activities!

Produce reigns supreme in Midi-Pyrénées. In fact, this region has a sizeable collection of products that have been honoured with guaranteed quality or origin labels – both decent indicators of quality. You might begin a meal with foie gras from Gers before dining on Quercy farm lamb, the much-revered black truffles and perhaps even some deliciously sweet Lautrec pink garlic. A cheeseboard will almost certainly include the intensely flavoured Roquefort – probably its most famous export – and creamy Rocamadour, and may even be paired with juicy Chasselas grapes and walnuts from the Lot.Vineyards have existed in the Midi-Pyrénées since Roman times, though a propensity for producing high-yield table wines damaged the region’s reputation among oenophiles. The quality of its wines are constantly improving.

Dig deeper with wine tastings in appellations such as Gaillac and Cahors and you’ll be surprised at the quality of the quaffs you find. After feasting, Armagnac (a grape brandy) is the digestif of choice.With such a varied array of superior produce, eating and drinking well in Midi-Pyrénées is rather easy. But just in case you need a little steering in the right direction, we’ve sized up the best culinary experiences in the region and chosen a few of our favourites.

The Best Restaurants in the Midi-Pyrénées

For more tasty recommendations, take a look at our blog on the best foodie experiences in the Midi-Pyrénées.

Best Foodie and Wine Tours in the Midi-Pyrénées 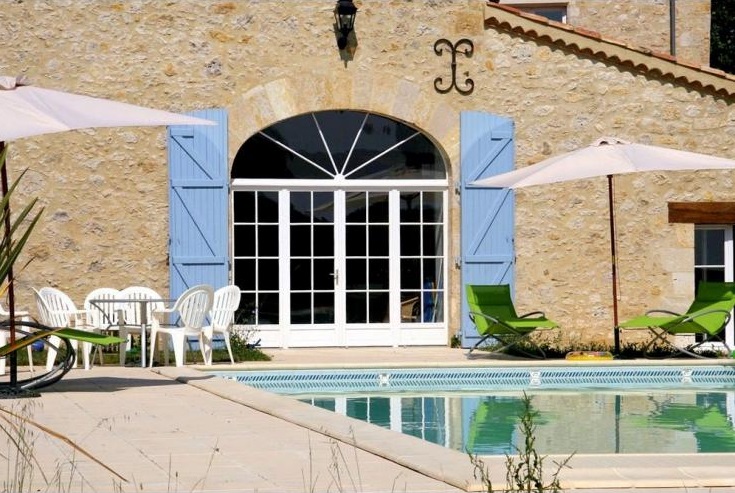 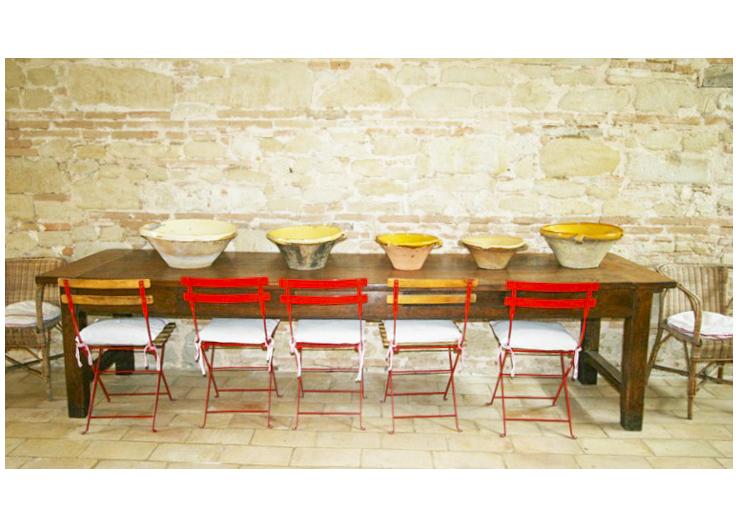 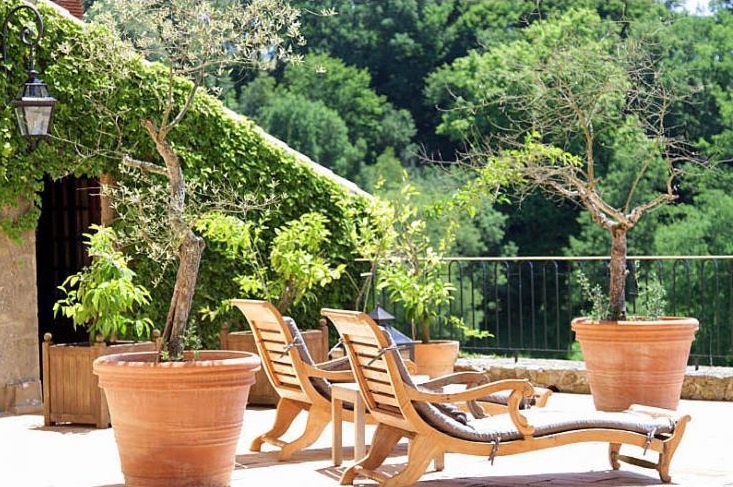 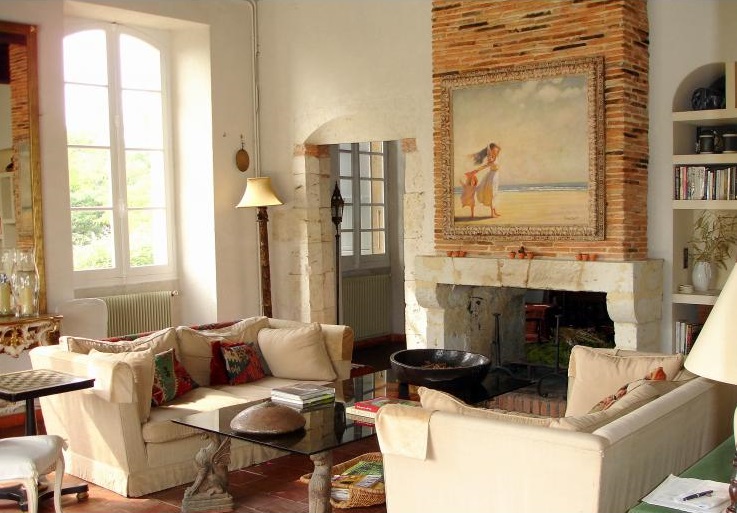 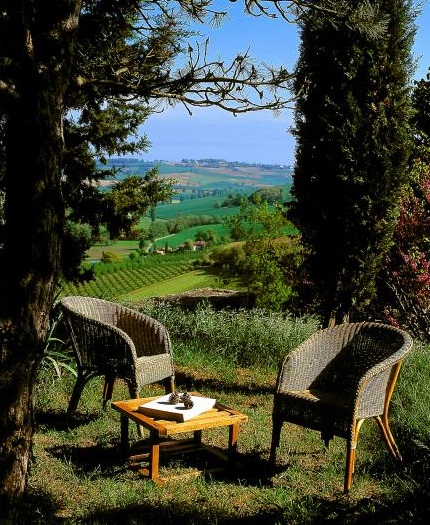 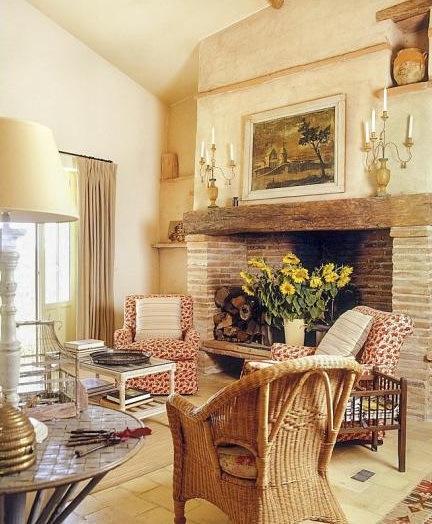 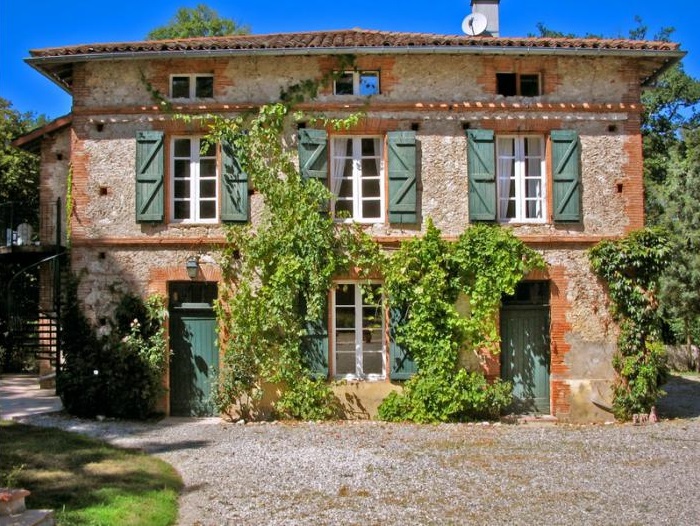 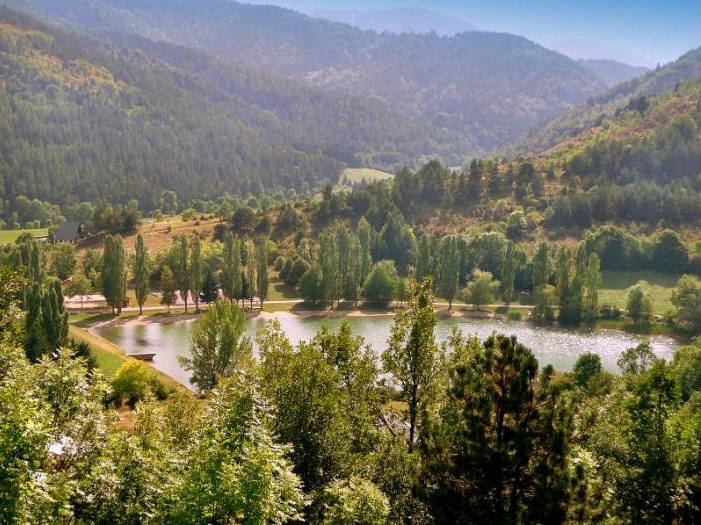 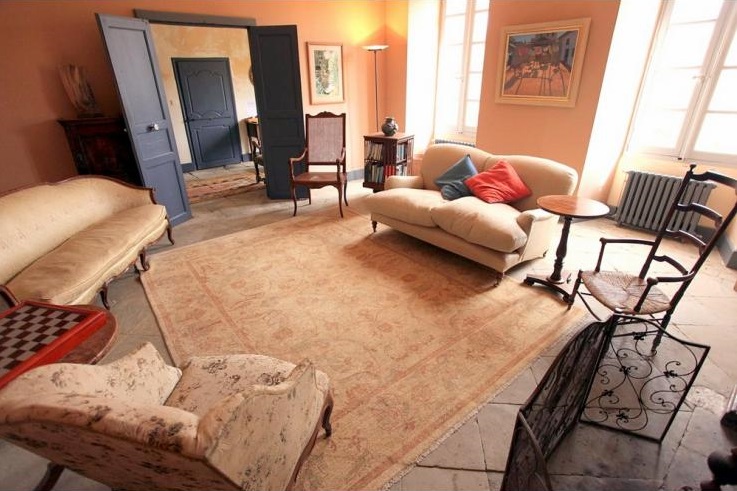 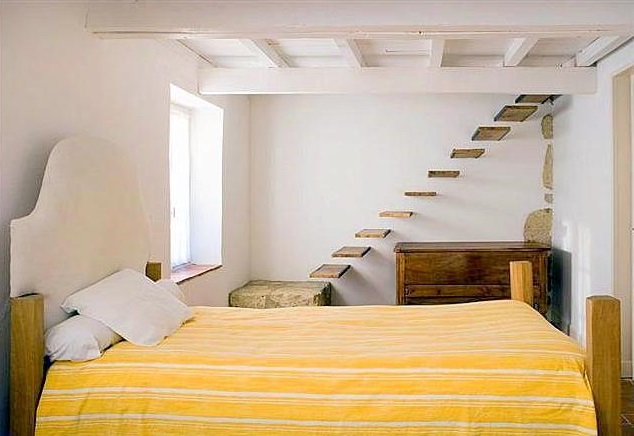 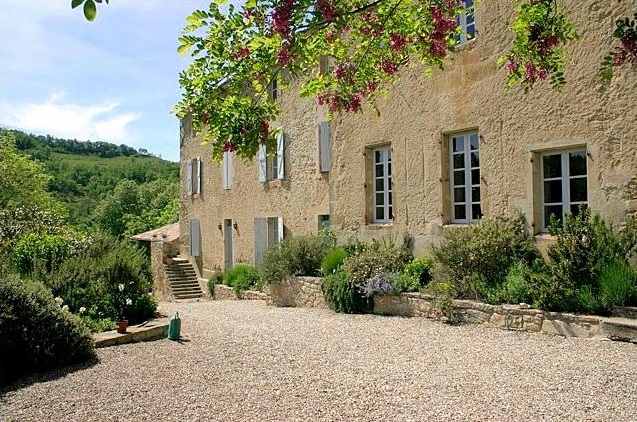 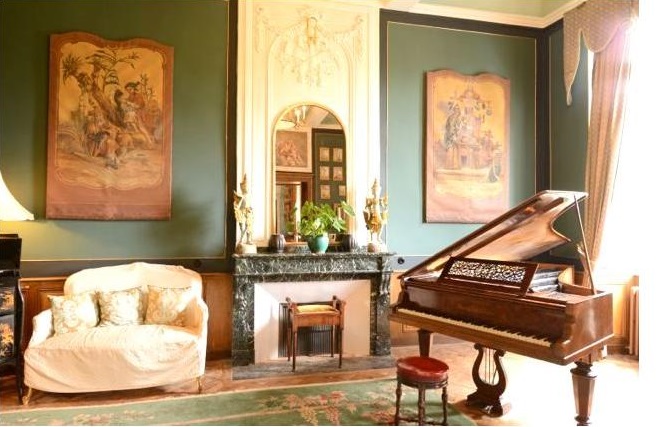 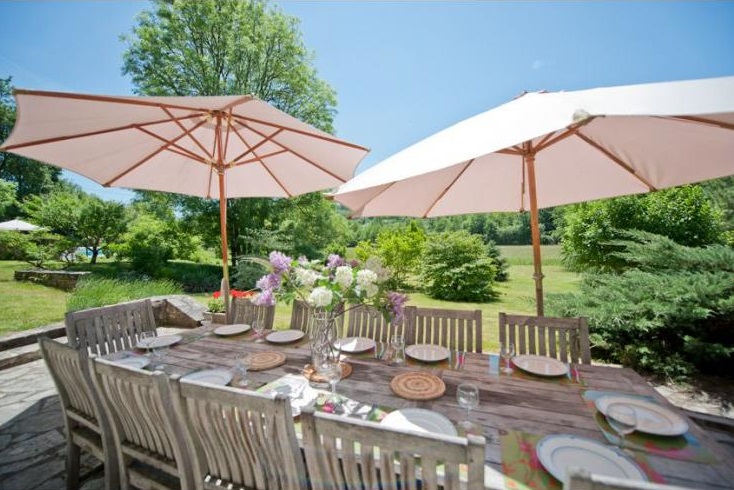 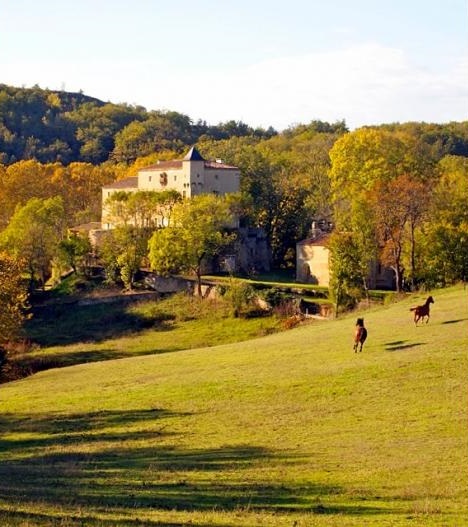