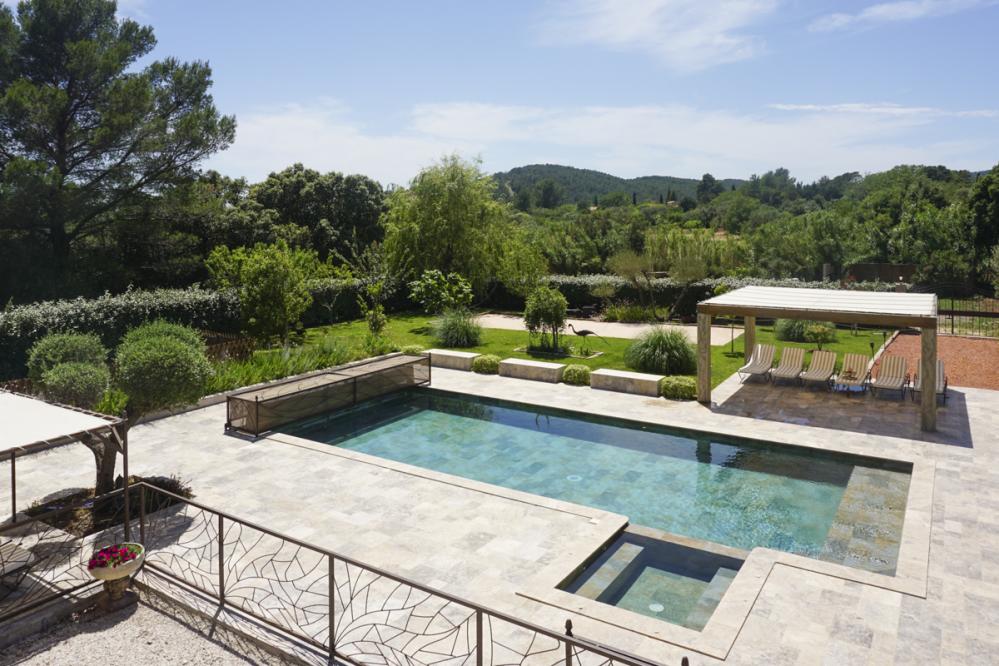 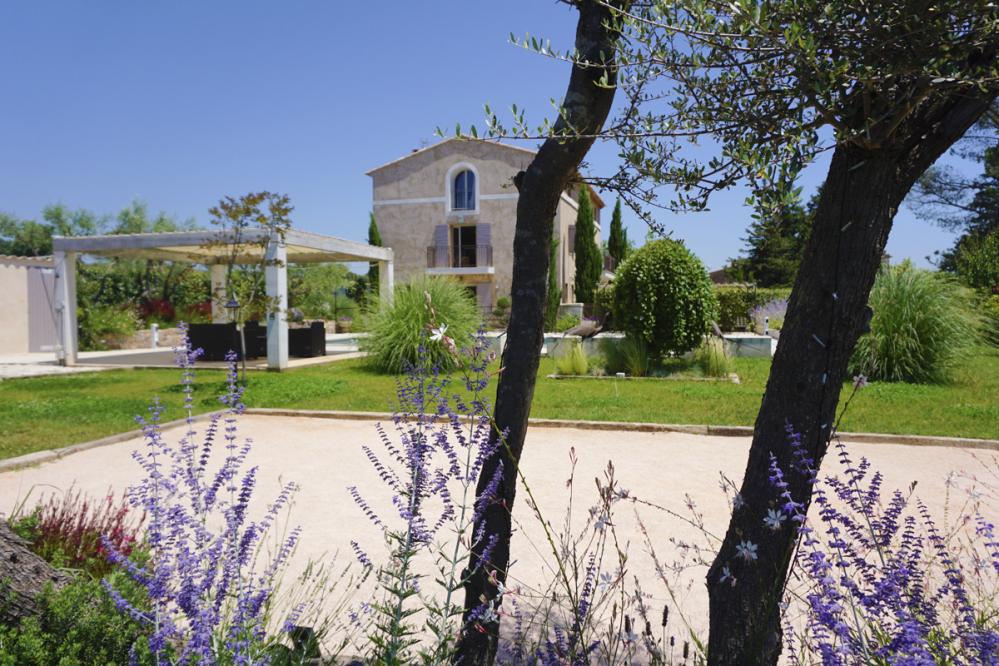 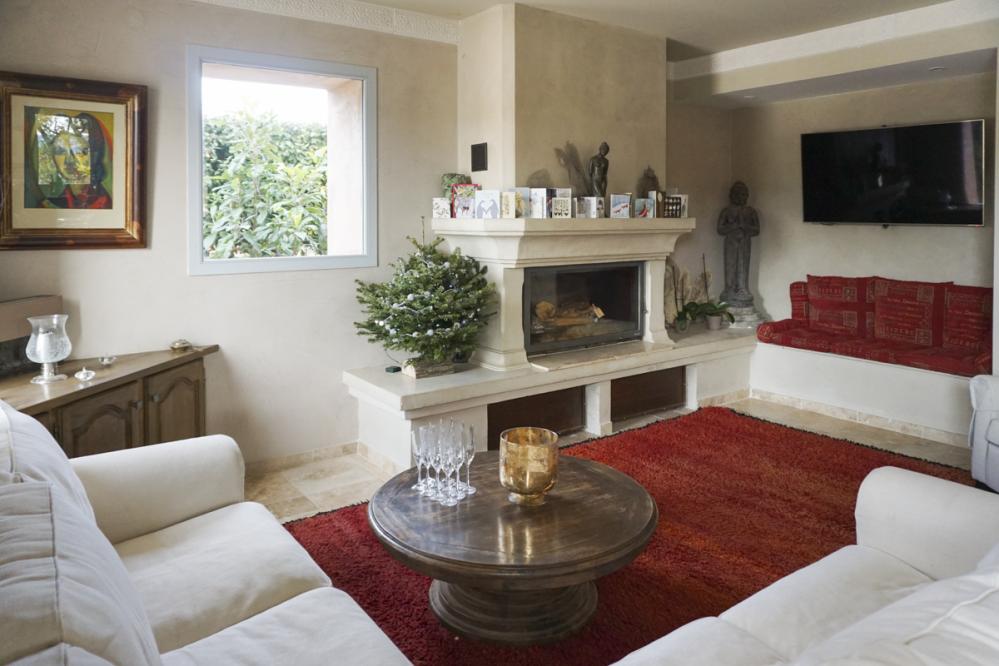 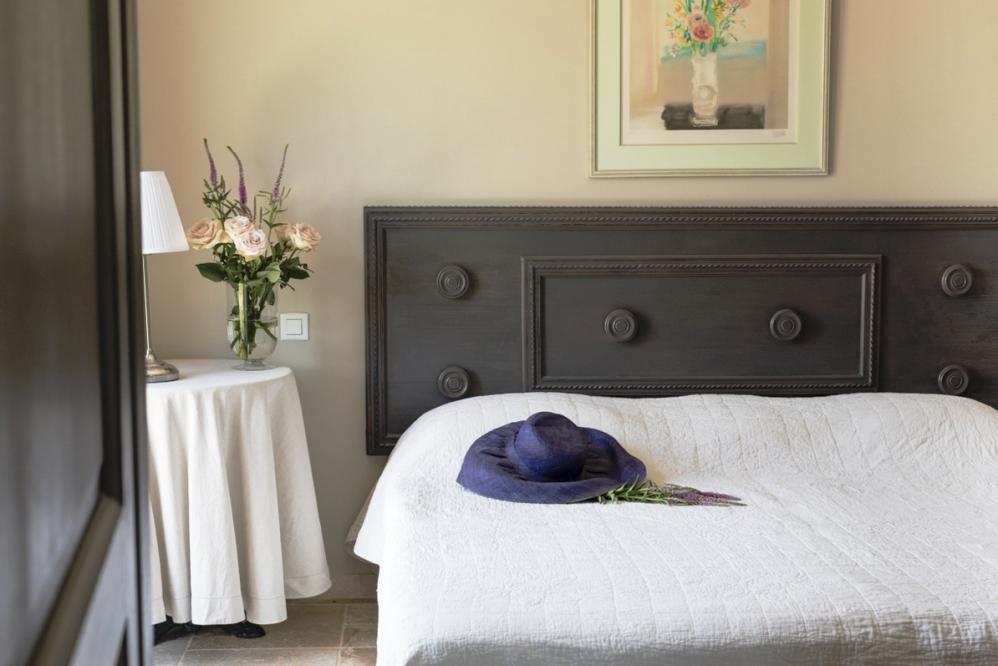 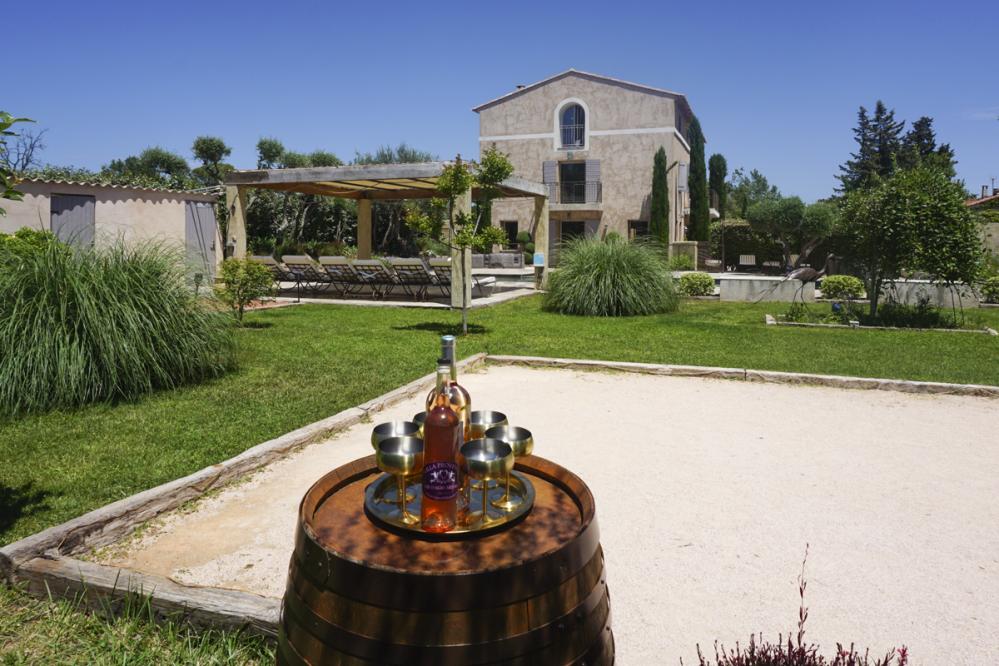 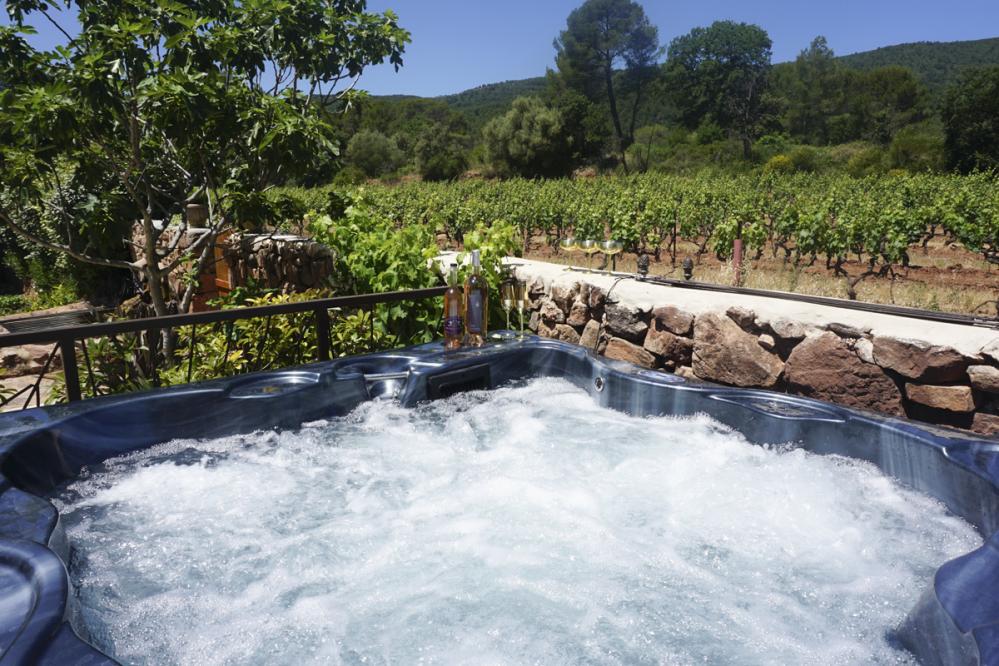 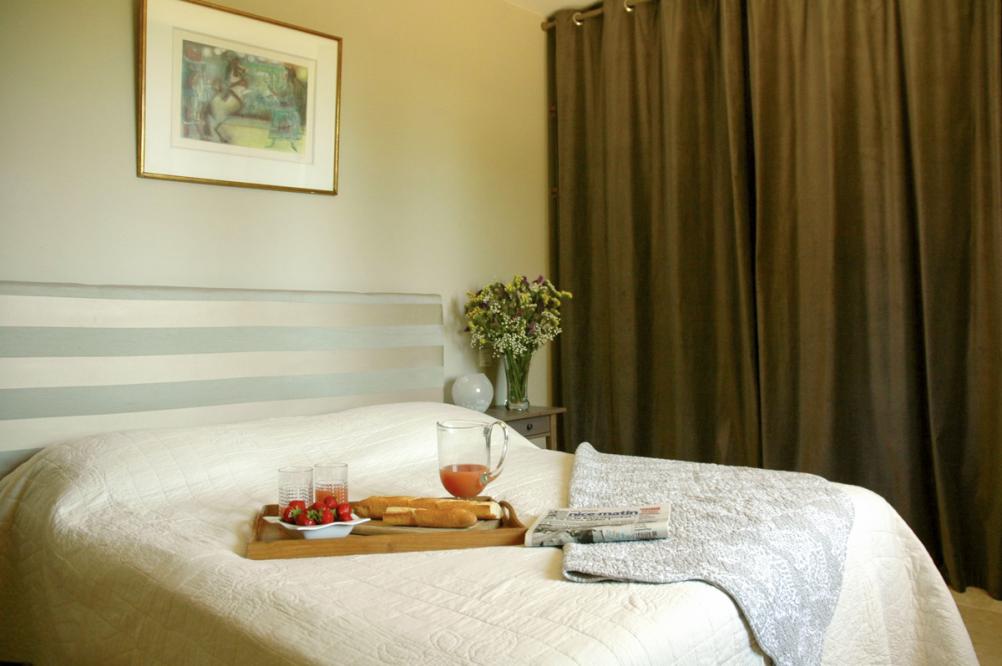 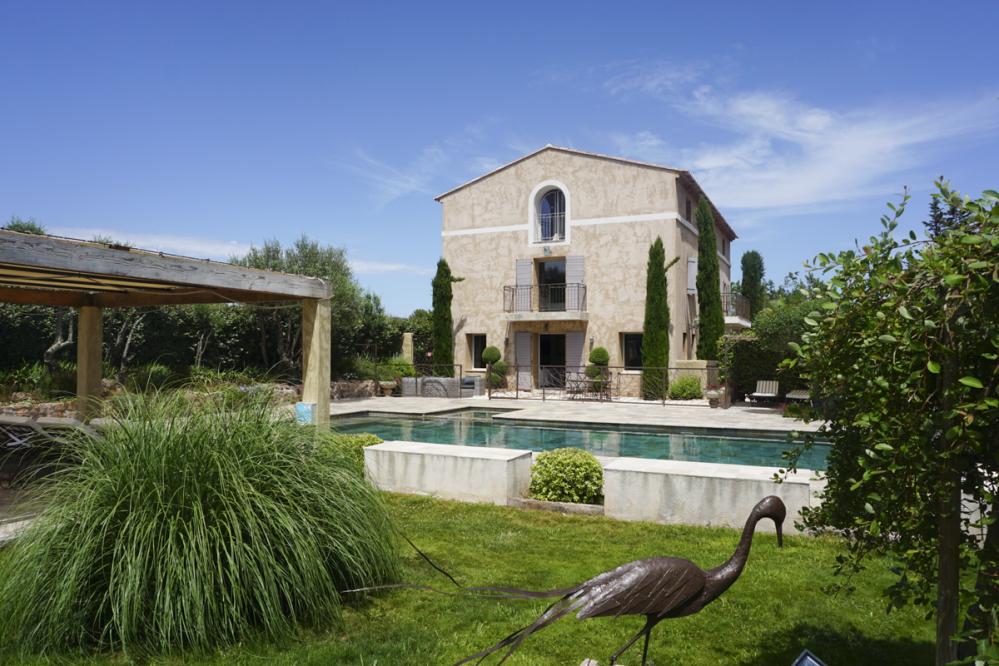 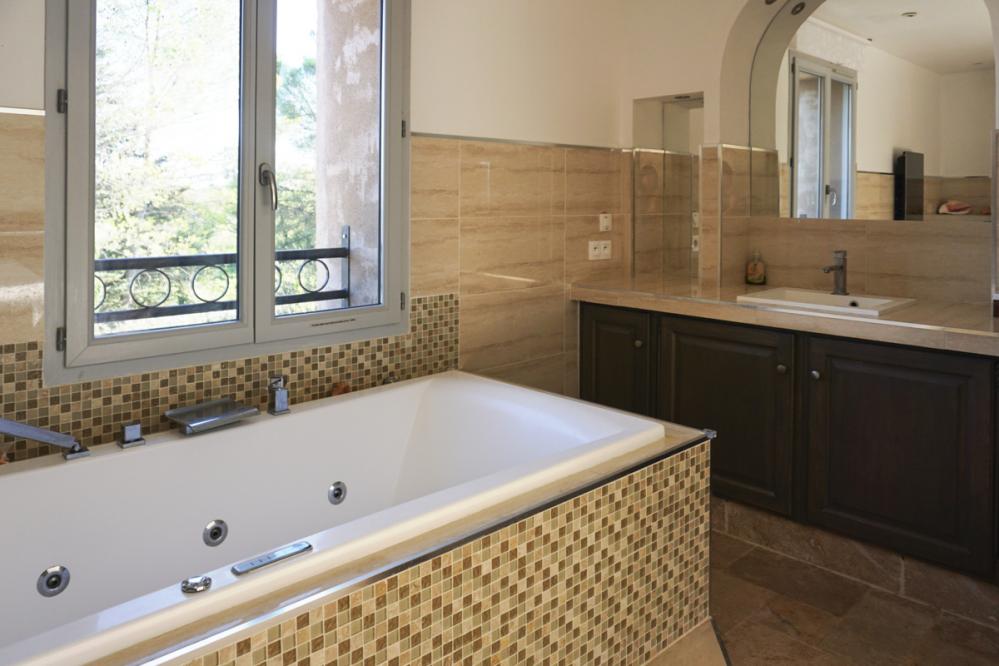 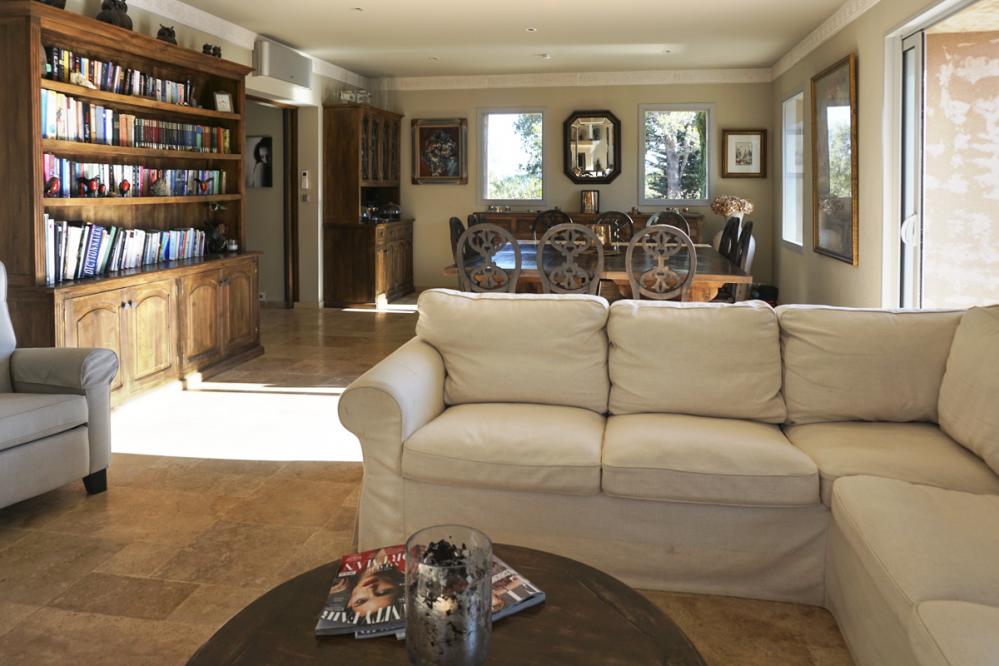 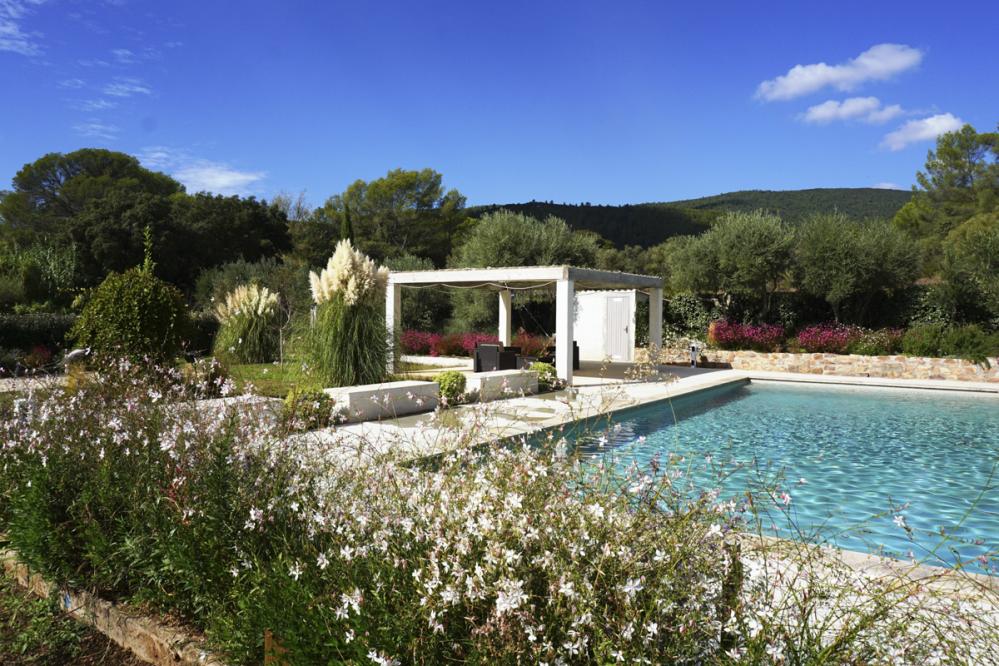 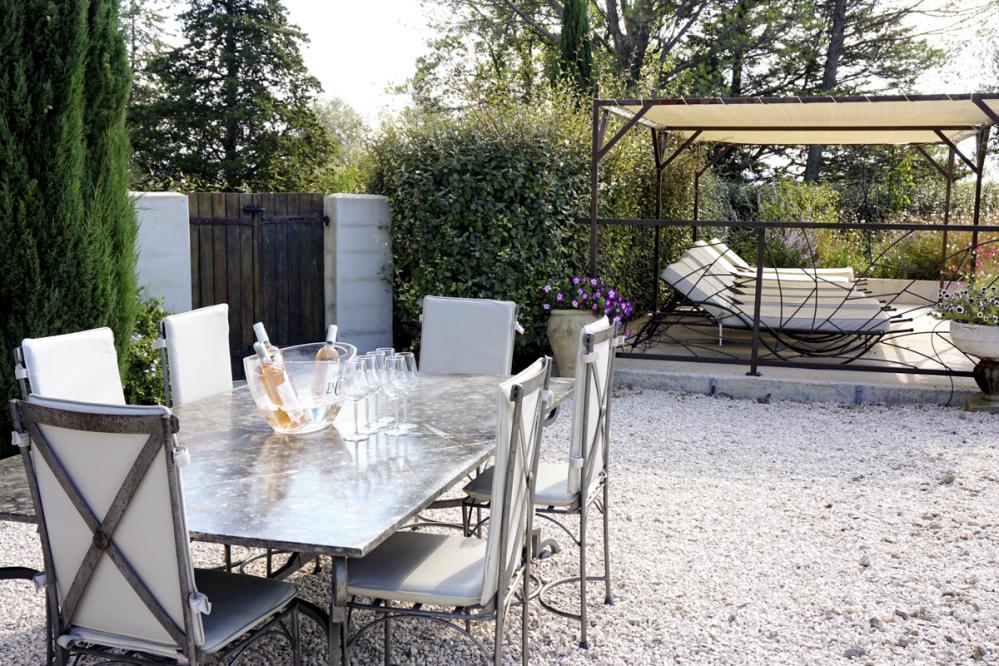 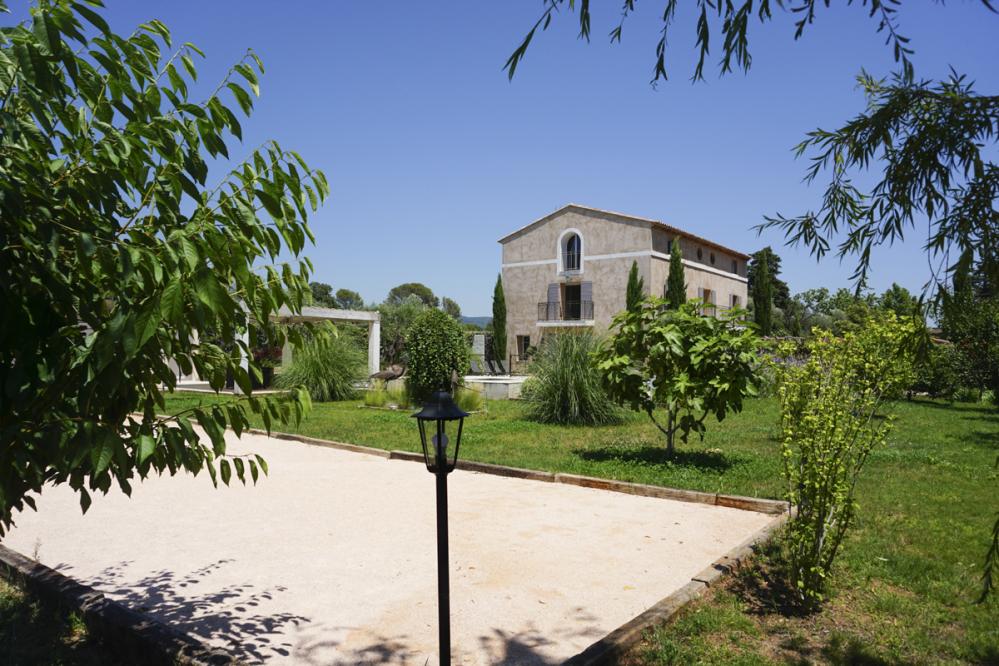 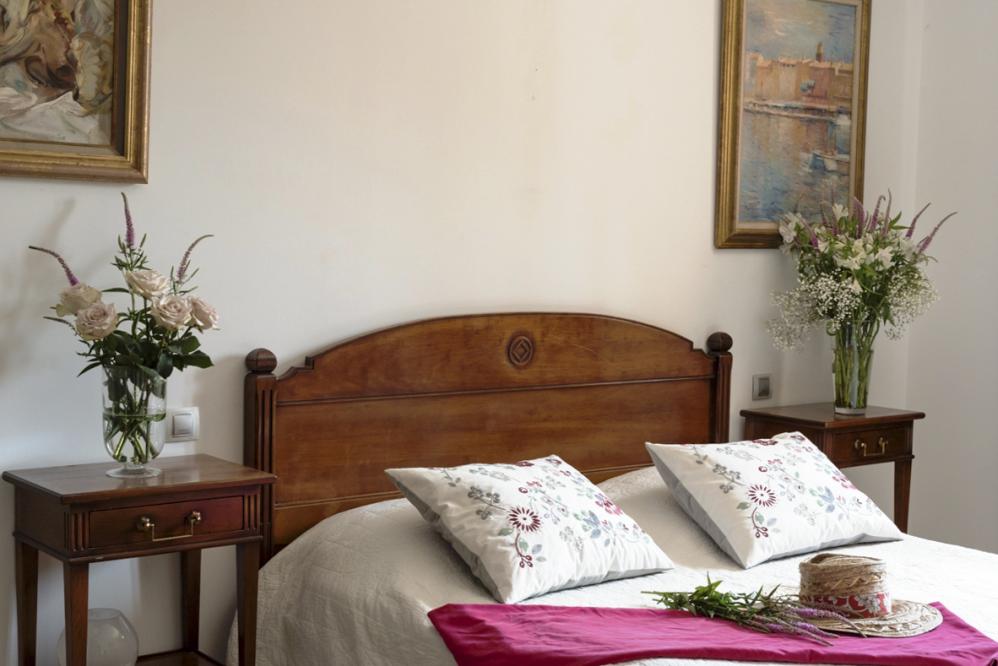 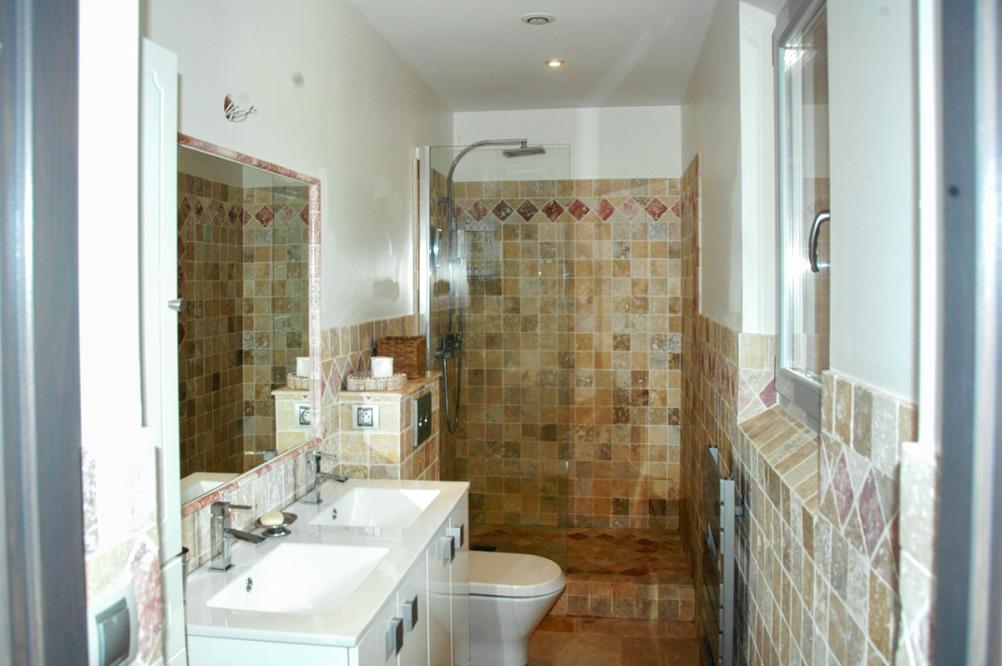 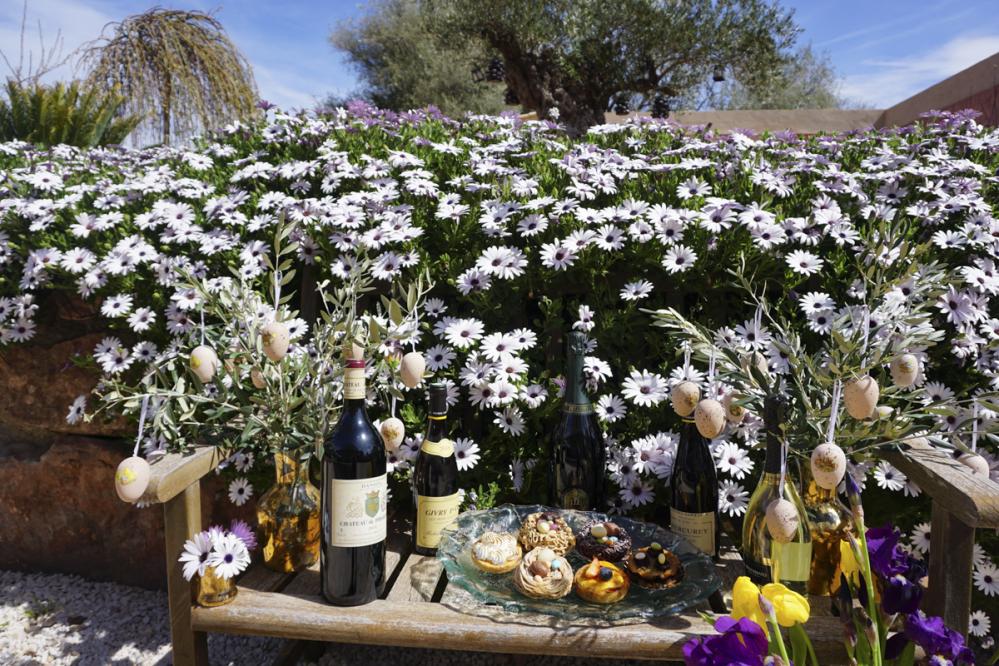 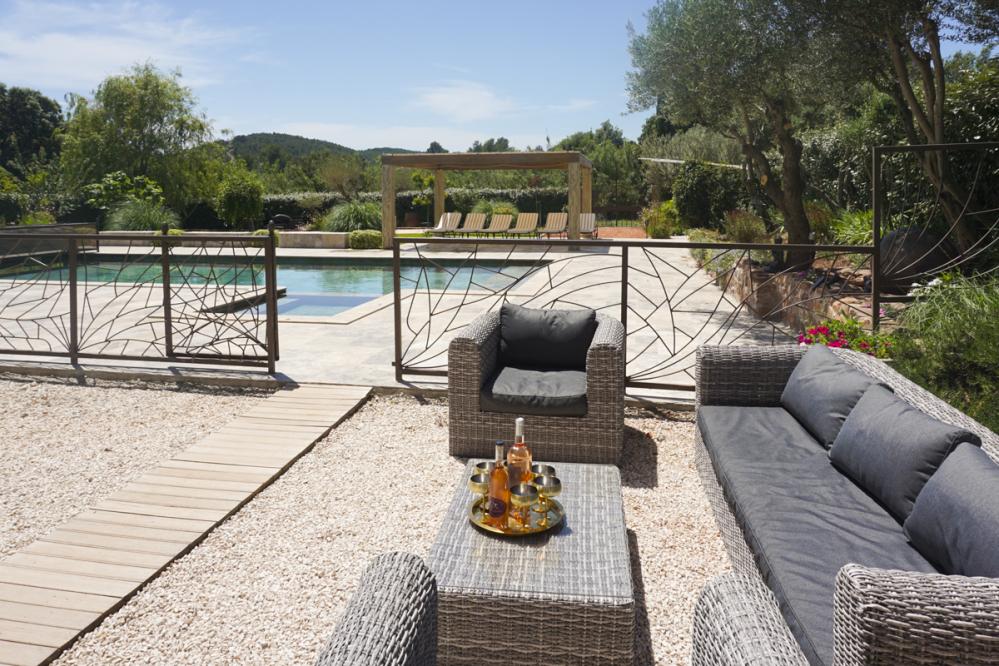 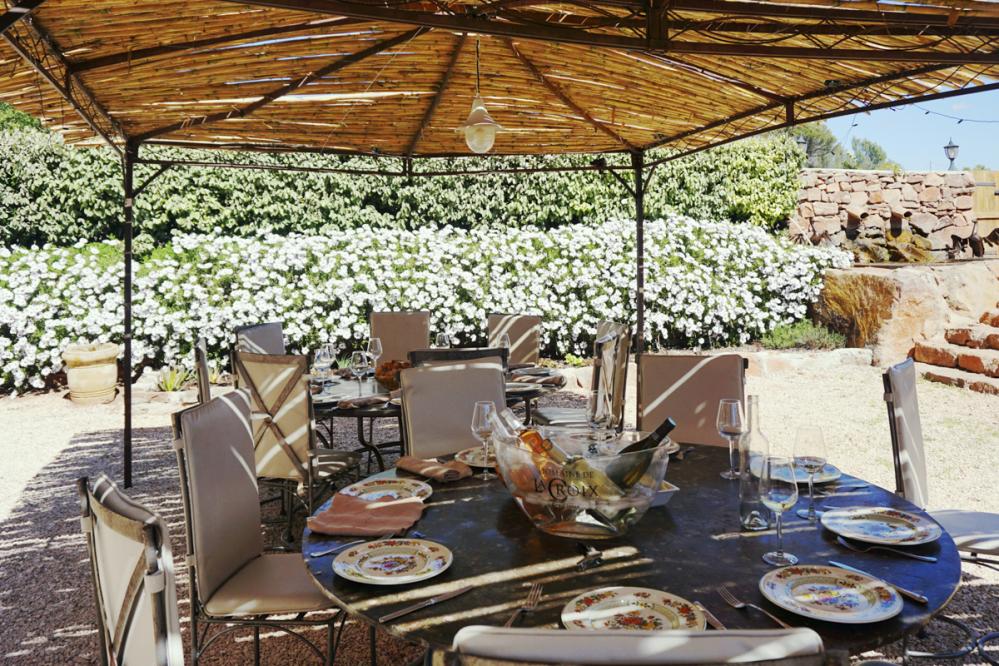 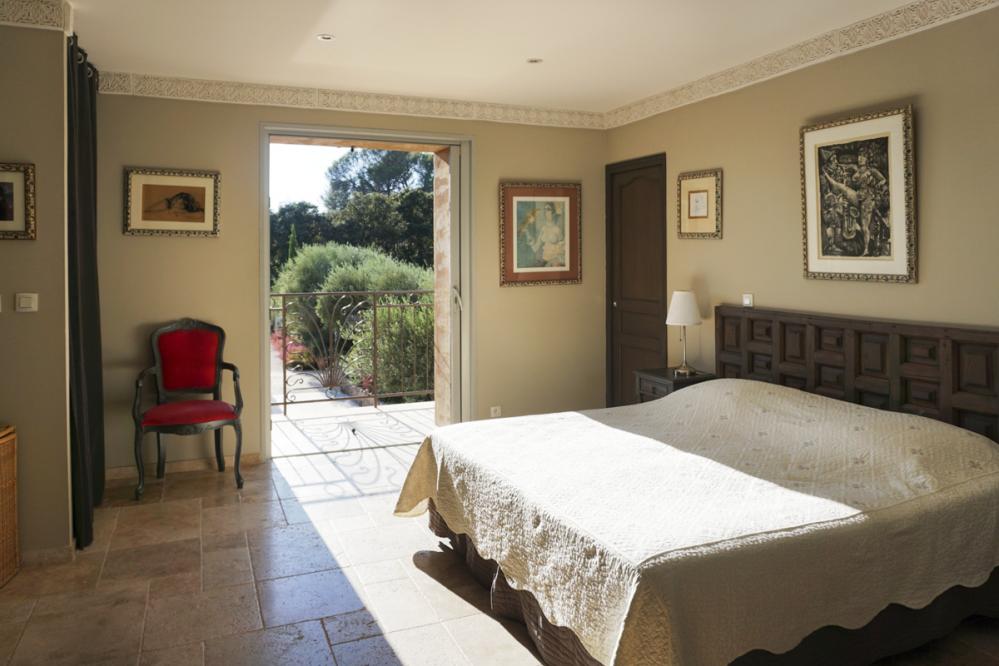 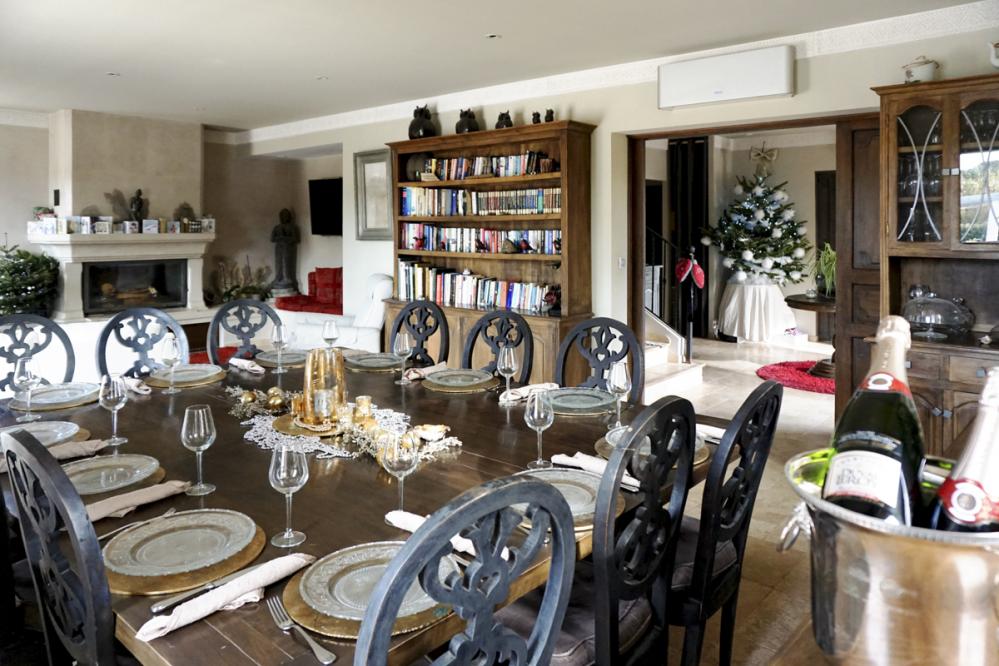 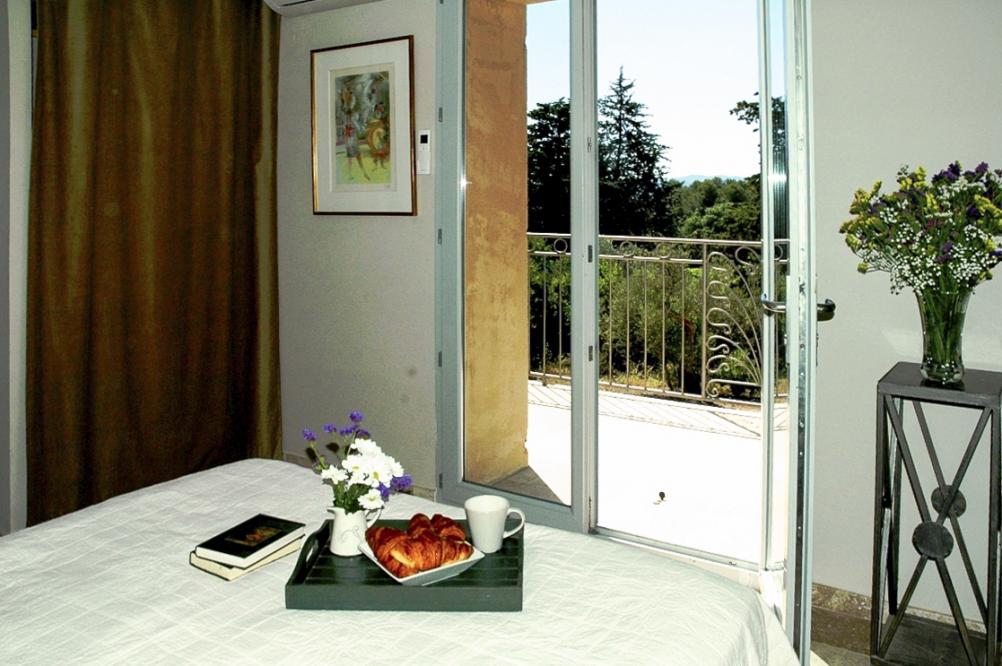 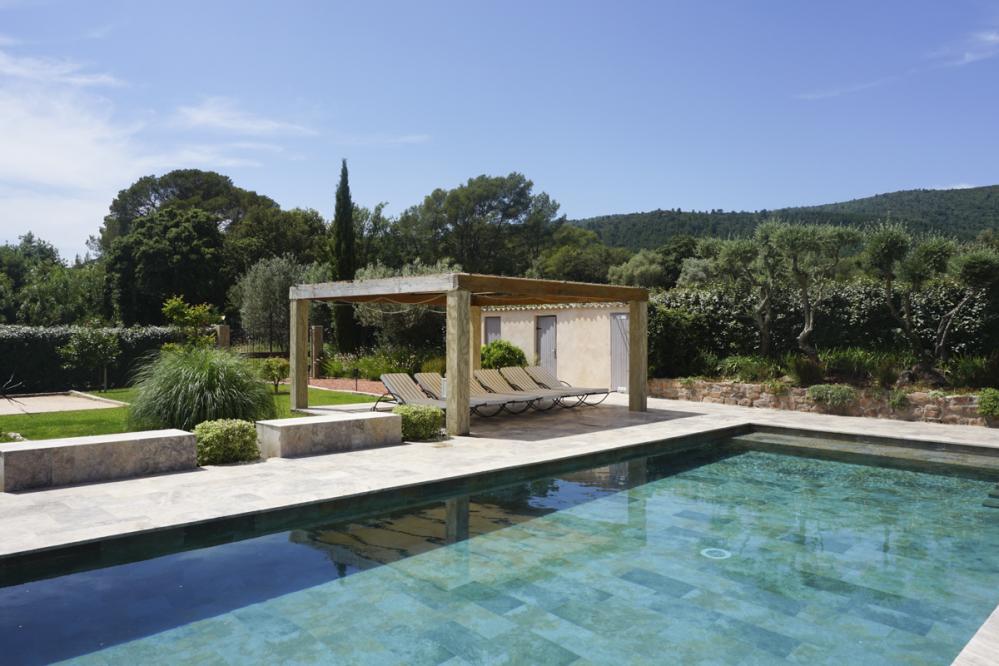 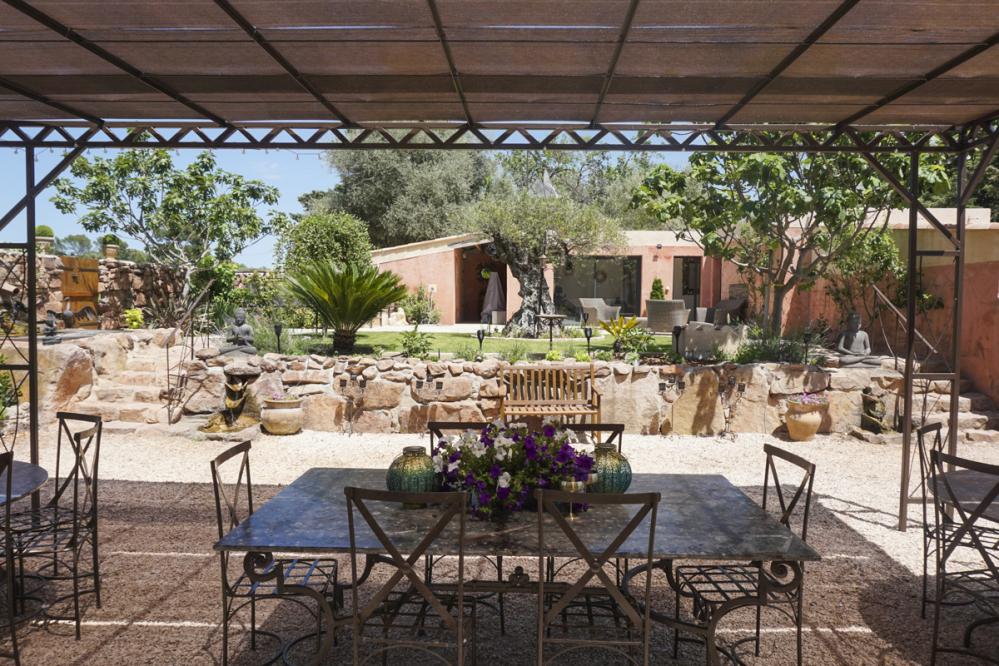 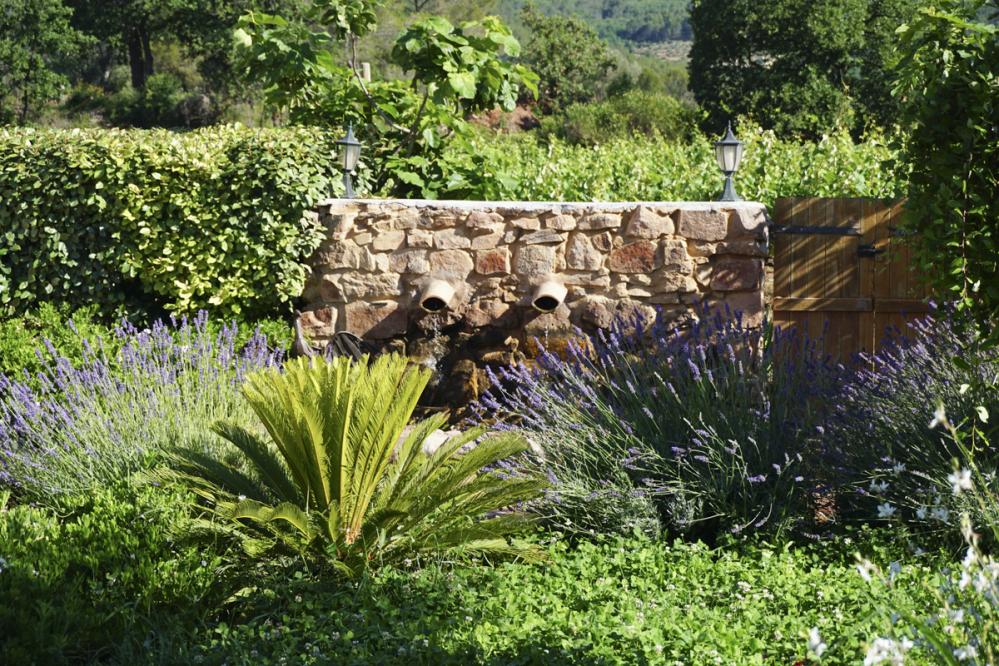 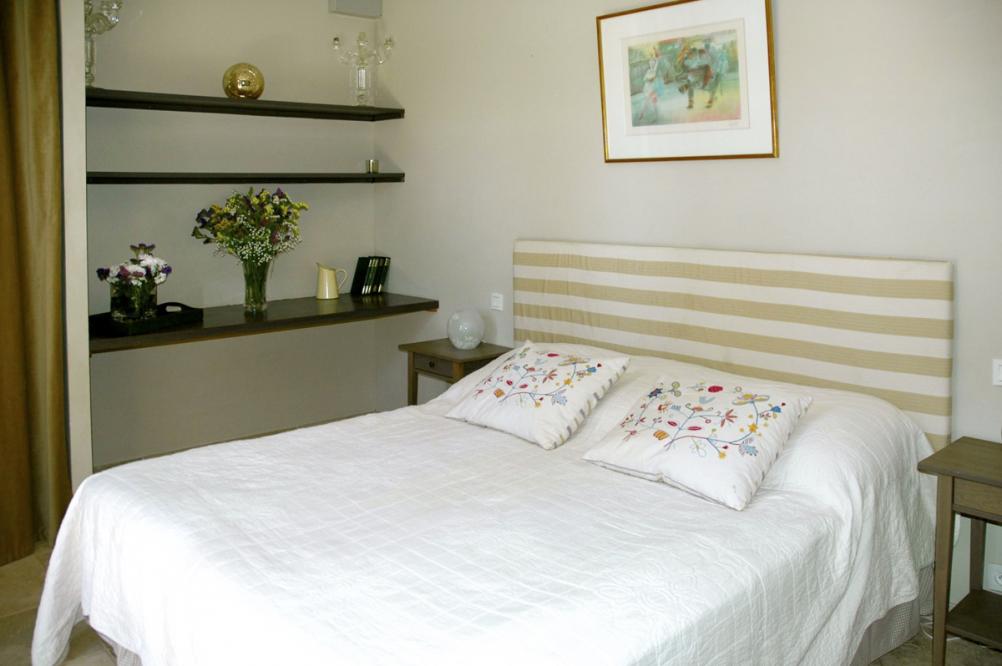 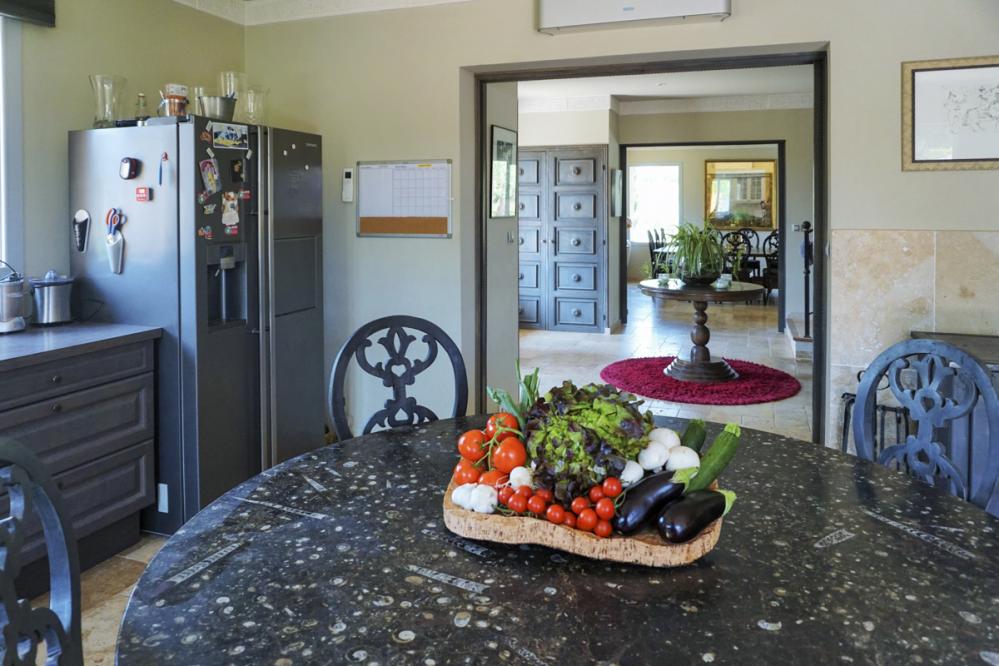 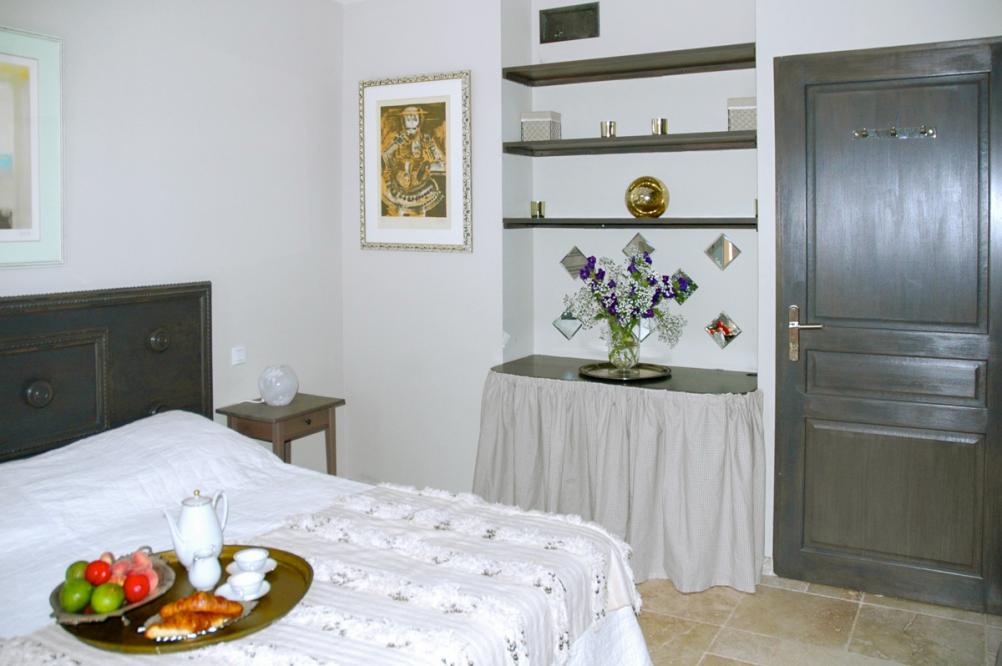 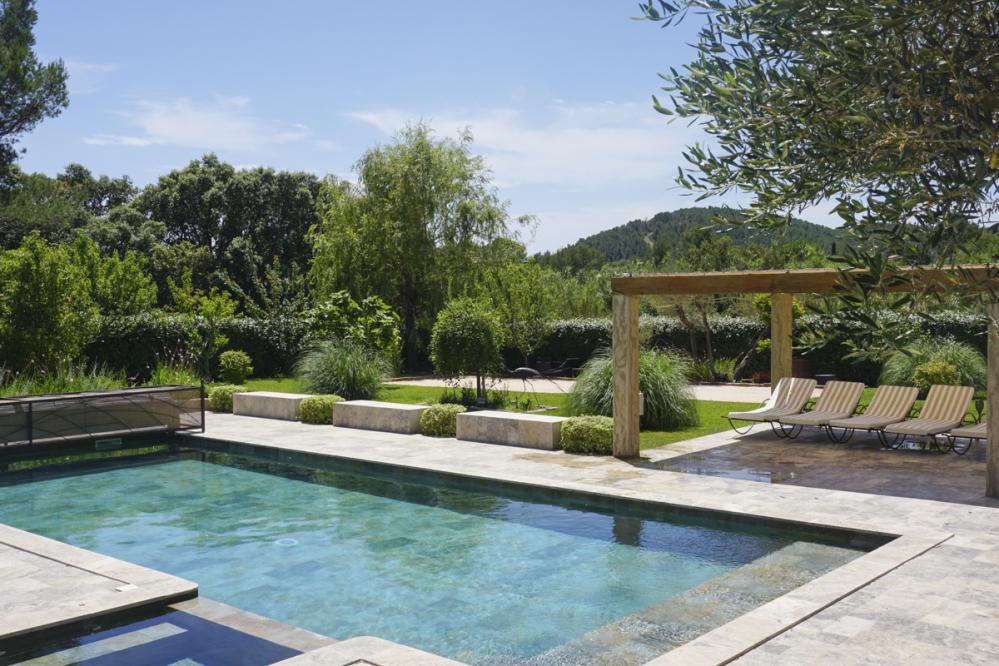 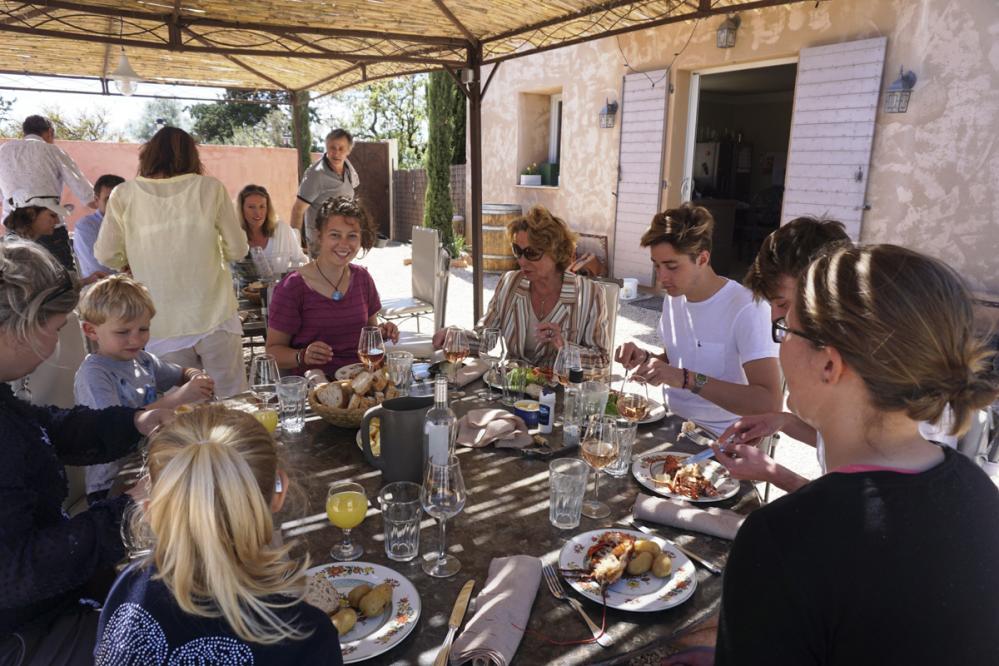 Sit by the poolside with a glass of Côtes de Provence roséwith the scents of thyme and lavender around you as you savour the vineyard views, listening to the ...

Sit by the poolside with a glass of Côtes de Provence rosé with the scents of thyme and lavender around you as you savour the vineyard views, listening to the sounds of the cicadas as the evening nears. Les Cigales offers everything you would expect and more from a stay in Provence as well as being near the magnificent French Riviera.

This beautiful abode started its life as a stone barn for grape harvesting but has been wonderfully converted into a 5-bedroom home set in delightful landscaped gardens. Every care has been taken by the hospitable owners to ensure guests feel at home at all times of year whether resting by the roaring fireplace, dining by candle-light in the elegant dining area or spending time in the heart of any Provençal home, the wonderfully equipped kitchen. Five bedrooms offer charm and comfort; the master bedroom is especially lovely with its impressive bathroom and south-west facing balcony where you can watch the setting sun.

The amenities seem endless with air-conditioning throughout, satellite TV, a hot tub and a gym plus a hammam due soon; this maison offers many ways to unwind. Yet during the summer months you’ll no doubt spend so much time in the enchanting gardens, relaxing under one of the shaded pergolas with the aromas of pine and the gentle sound of flowing water. Sip your morning coffee in solitude or dine al-fresco with loved ones by the barbecue, enjoying the finest Cru Classé from the surrounding vineyard.

The hospitable owners can arrange a number of extras such as beauty treatments, babysitting or private wine-tastings and vineyard tours. One of the owners is a Michelin starred chef and a unique service they offer is a 3-course meal from his restaurant in Lavandou delivered to Les Cigales.

A Provençal village is just a five-minute drive away with picturesque restaurants, cafes and shops set amongst the winding lanes; make sure you climb to the top to enjoy the panoramic views of forests and vineyards in the surrounding landscapes. As well as pretty villages with weekly Farmer’s markets and brocantes, the French Riviera can be reached within half an hour with La Londe-les-Maures, La Presqu'île de Giens and Plage de Saint-Clair just some of the wonderful beaches along this coastline. Take a ferry out to one of the islands such as Porquerolles for a fantastic day out.

Saint-Tropez and some of the idyllic Var villages such as Gassin and Bormes-les-Mimosas are also within an hour or so and the cities of Hyères and Toulon are great places to visit. Closer to home you can enjoy walking through the hills, horse-riding, tennis and golf as well as tours and tastings at local vineyards. The Var region offers something for everyone and Les Cigales is perfectly placed to make the most of this remarkable part of southern France.

This property is a part of our Sustainable Collection!

To be part of this collection, properties either have to tick 4 or more of our sustainable checklist, or tick 3 of the checklist but also have a score of 5 or lower (kg) for the total carbon footprint per day, based on full occupancy, per bedroom. View the full collection here >

This property ticked these points on our sustainable checklist:

Les Cigales is set in a pretty hamlet in the vines of a prestigious vineyard, a five-minute drive fr...

Les Cigales is set in a pretty hamlet in the vines of a prestigious vineyard, a five-minute drive from an old Provençal village in the Var department of southern France.

The local village, just under 4km away, is full of charm with its winding lanes and historic buildings, pretty fountains and panoramic views from the top where you can admire many of the vineyards that make up the surrounding landscape. As well as restaurants, cafes and shops, you’ll find the wonderful Farmer’s market on a Friday morning. There is also a supermarket complex just a couple of kilometres from the villa, en route to the village.

Other great Farmer’s markets to discover include Pierrefeu-du-Var (8km) on a Saturday, the coastal town of Le Lavandou (40km) on a Thursday morning and Hyères (24km) on a Sunday morning (when there is also an atmospheric flea market/brocante). A little closer to home, Puget-Ville (5km) also has a brocante on a Sunday morning.

Wine-tasting is a given in this region which produces some of the greatest Côtes de Provence wines as well as other well-known appellations. Wine-tasting and vineyard tours can be arranged by the owners.

The Var region offers so much across all the seasons. There are many hiking trails through the hills, cycling and mountain biking are popular in the area and horse-riding stables can be found within a few minutes by car. There are also tennis courts within 5km and various golf courses including Golf de Valcros, near La Londe, around half an hour away.

Despite this rural location, the beaches of the French Riviera can be easily reached. The nearest beach is in La Londe-les-Maures, around half an hour away or head to the lovely seaside town of Le Lavandou (40km) with its sandy beaches, including Plage de Saint-Clair which has been voted as one of France's most beautiful beaches. La Presqu'île de Giens (30km), just south of Hyères is also superb or head further east to the incredible La Croix Valmer coastline, especially wonderful for walkers who can follow the coastal path and come across unique beaches such as Plage de Gigaro (70km).

Hyères (24km) is a beautiful city to explore, as is Toulon (25km) with its great harbour. The well-known fishing village of Saint-Tropez (70km) is just over an hour away; make sure you visit the world-famous Pampelonne Beach with its exclusive beach clubs such as Le Club-55, often frequented by celebrities. Perhaps combine the day out with a visit to one of the many idyllic villages such as Gassin, Ramatuelle, La Môle or Bormes-les-Mimosas.

Take a boat from one of the harbours to some lovely islands just off the coast, including Porquerolles with its magnificent beaches. The island can be explored by foot or bicycle; take a picnic for a great trip out with all the family.

For another spectacular day out, head inland to the famous Verdon Gorge (120km), one of France’s most amazing natural wonders and a great place to hire boats, kayaks and canoes.

The Provençal way of life is one that’s deeply tempting for anyone who’s been feeling the need to get away from it all. This is a place where the Mediterranean weather turns fields of corn and lavender into picture-perfect backdrops, where you can sip your locally bought wine and enjoy the landscapes before heading out and tackling them head-on with a range of great activities for families, groups of friends and adventurous foodies. Better yet, our range of villas in Provence and chateaux and holiday homes in the Côte d’Azur make the perfect base to explore this enchanting region!

The immediate area offers many activities for families to enjoy such as walking trails, horse-riding...

The immediate area offers many activities for families to enjoy such as walking trails, horse-riding and tennis.

The beaches of the French Riviera can be reached in around half an hour, some a little further. The nearest, La Londe-les-Maures, has a sandy beach and a little amusement park with inflatables. There’s another small water park near Hyères.

Le Lavandou has a great range of watersports such as paddleboards and kayaks. Families will also love some of the boat excursions from various harbours along this coastline, visiting Iles d’Hyères and Porquerolles.

Cavalaire-sur-Mer, around an hour away, also offers many family-friendly activities and great beaches.

Ask a question about Les Cigales