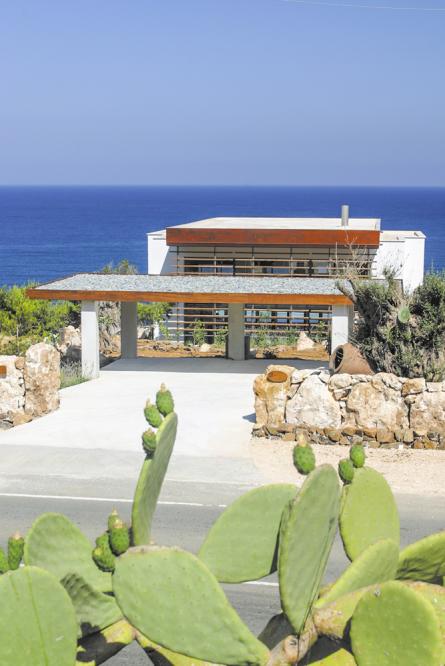 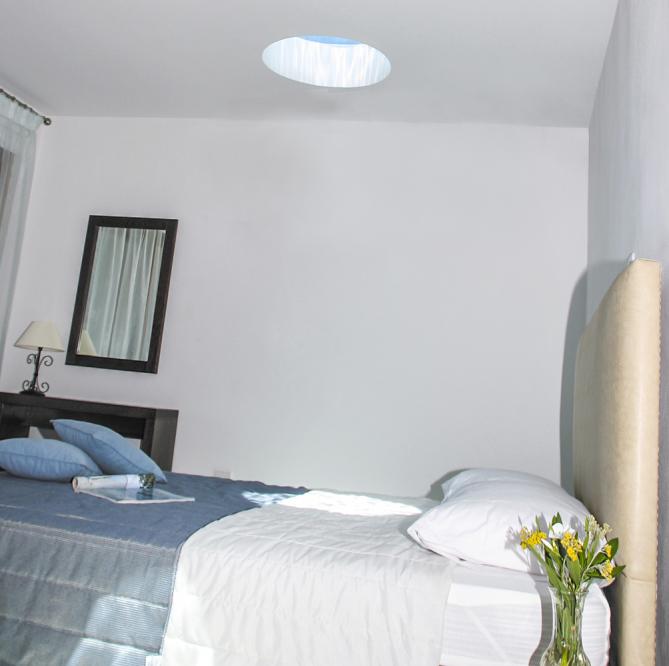 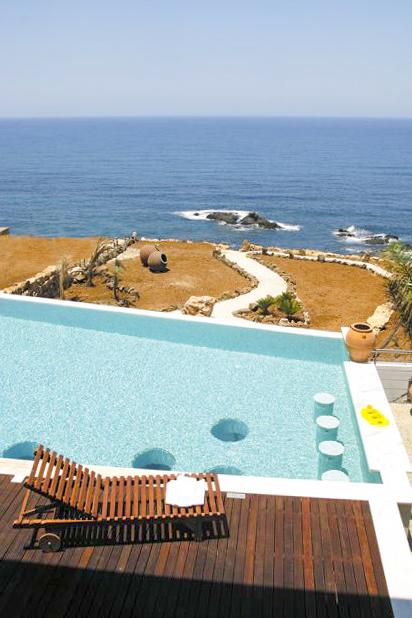 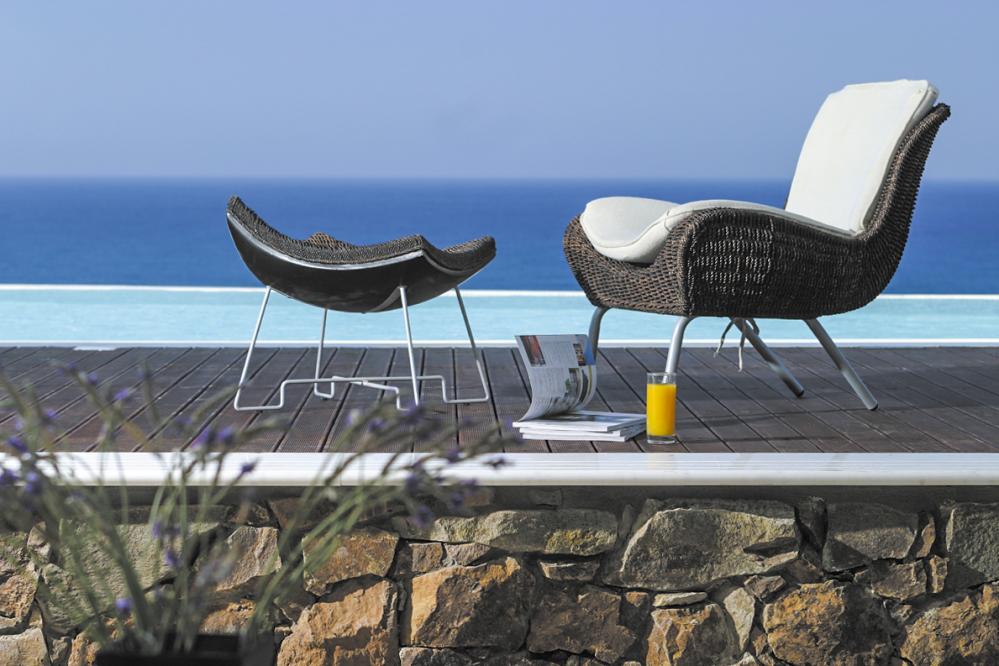 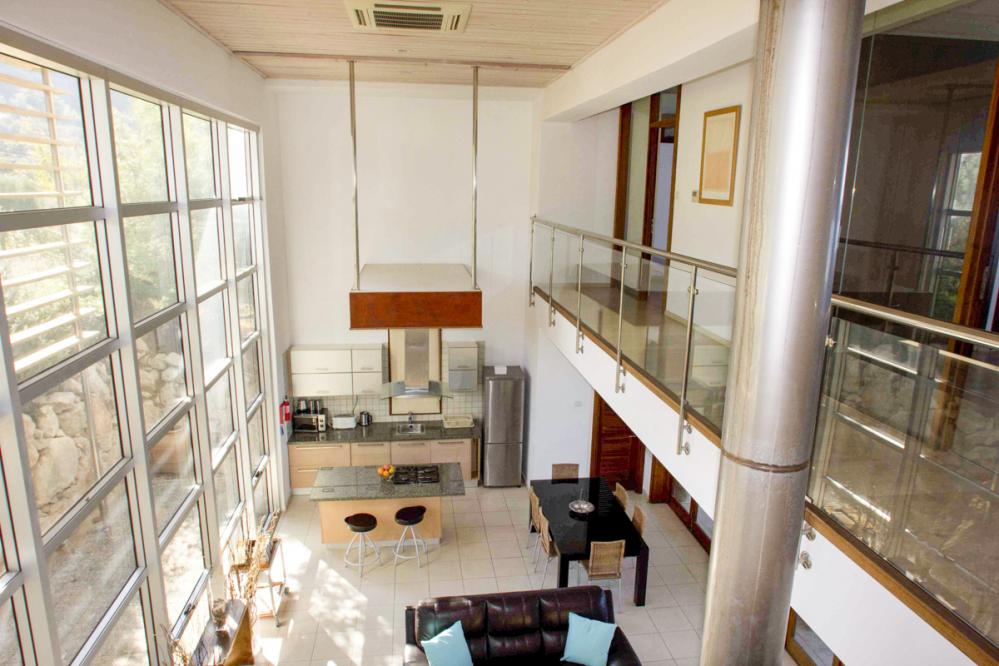 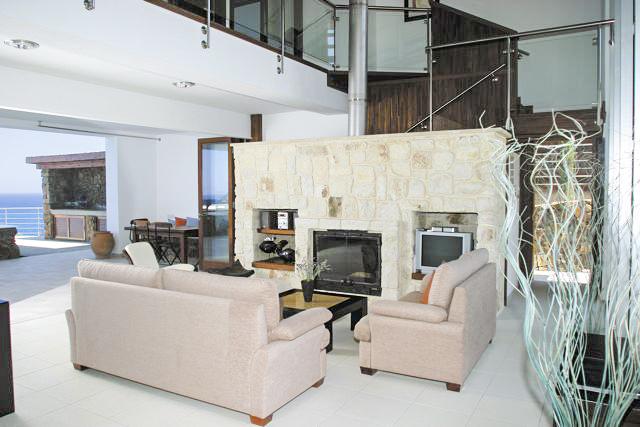 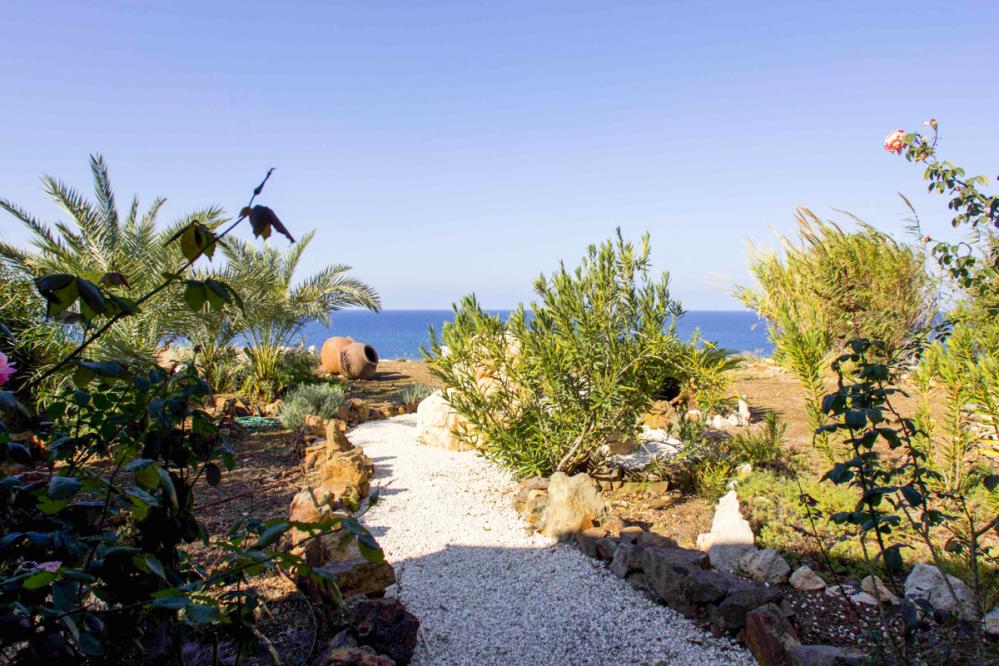 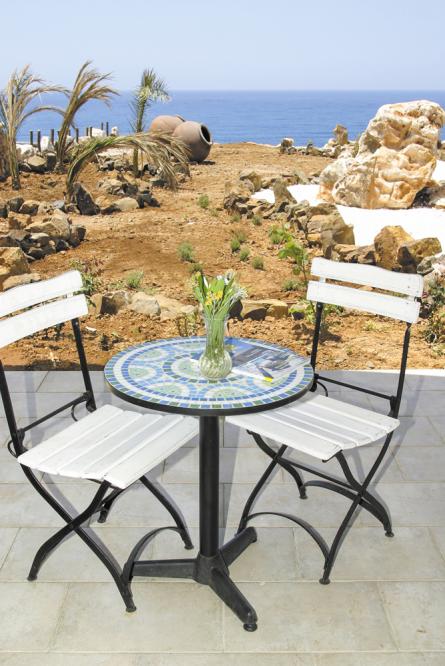 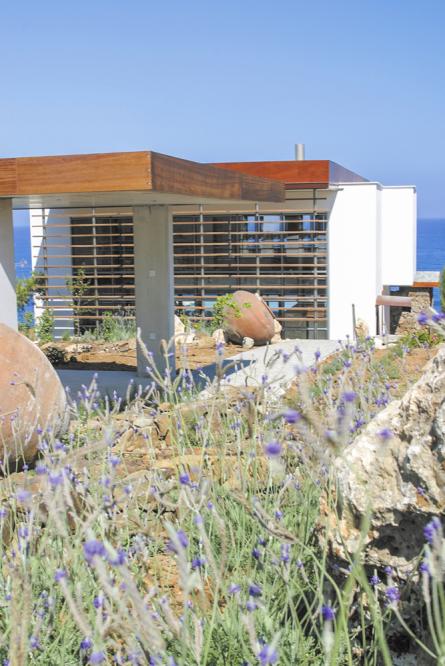 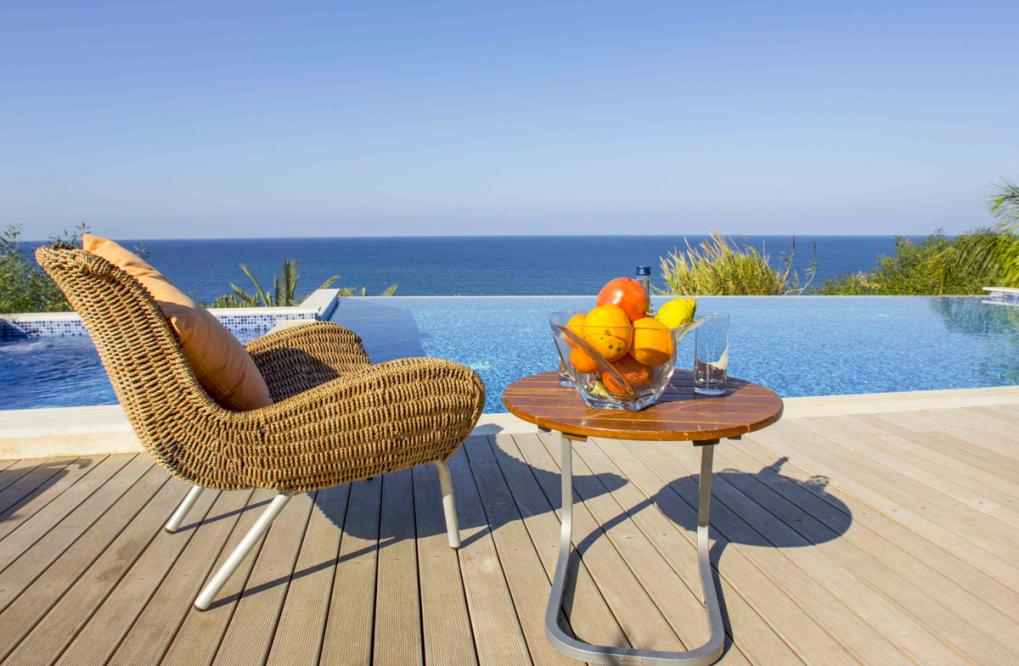 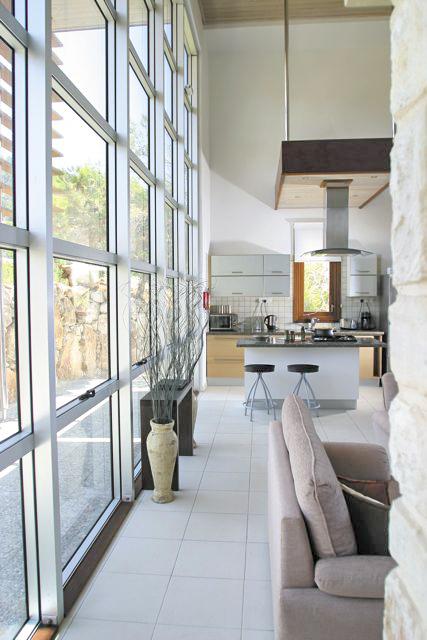 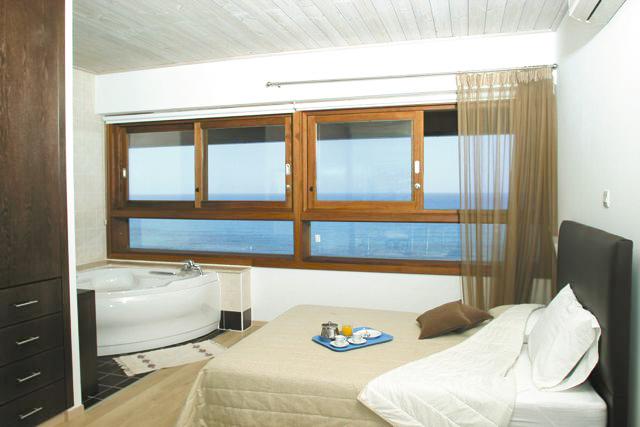 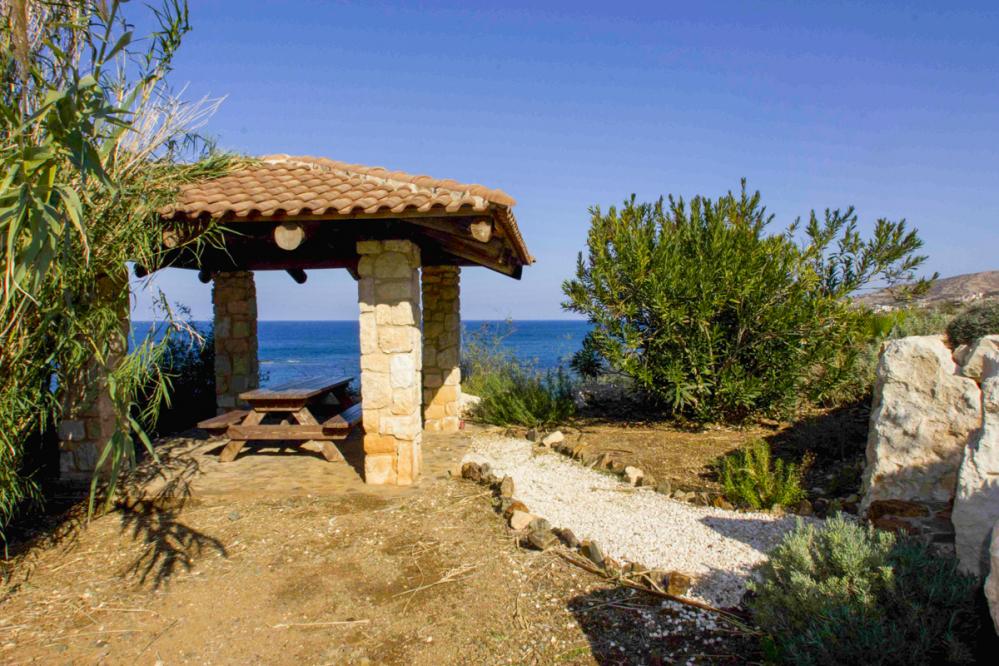 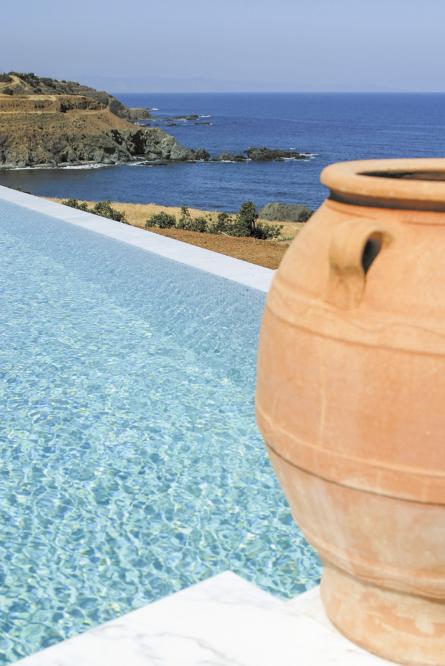 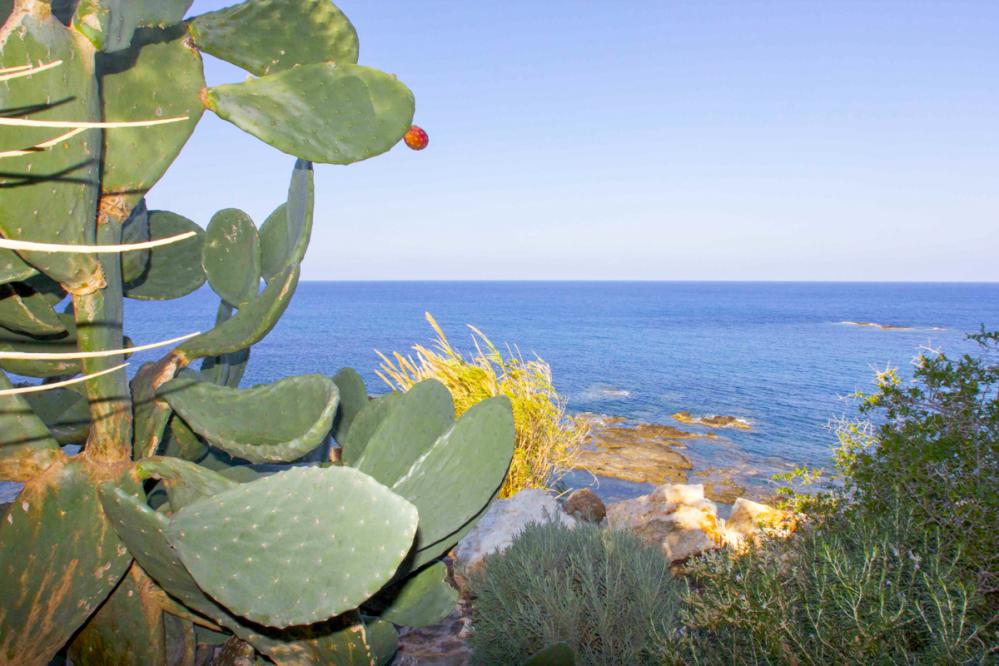 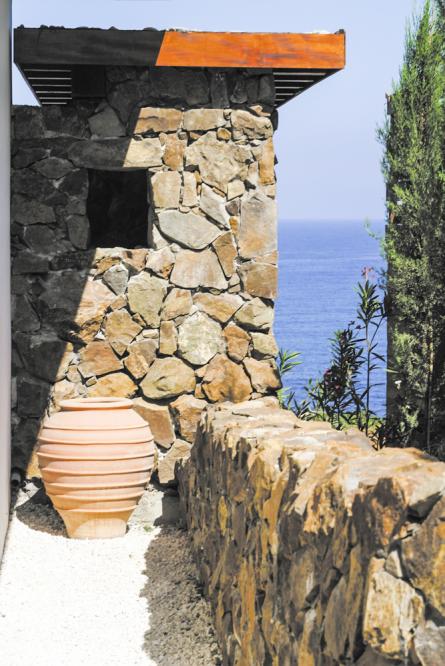 Villa Karavi is in a fantastic location on the outskirts of the pretty seaside village of Pomos, which lies on the north west coast of Cyprus.  Pomos boasts be...

Book by the 28th of February and we’ll plant a tree to offset 161% of your stay. Learn more

Villa Karavi is in a fantastic location on the outskirts of the pretty seaside village of Pomos, which lies on the north west coast of Cyprus.  Pomos boasts beautiful, secluded beaches, a pretty harbour and impressive mountain scenery. The town of Polis is just a short car journey away, this untouched area boasts a wider range of amenities including shops, cafes and tavernas all centred around the pedestrianised main square as well as gorgeous Blue Flag beaches.

This stylish, sleeps up to eight guests across four bedrooms. On the lower ground floor is the main open-plan living accommodation comprising of a living room, dining area and fully-equipped modern fitted kitchen. Also on this level is one of the double bedrooms complete with en-suite bathroom, this quirky bedroom lies underneath the swimming pool, port holes have been installed in the ceiling creating the feeling that you are staying in your own private water world! Upstairs, on the first floor are the remaining three bedrooms, two doubles and one twin all boasting en-suite bathroom facilities.

Outside, the private pool is fantastic for soaking up the tranquil surroundings, there are even bar stools in the pool which are the perfect spot to enjoy a chilled drink after a long day of relaxing on the beach! There is also a barbecue area which is great for those who enjoy alfresco dining. Steps lead you down to the private garden area, guests have direct access to the beach from the end of the garden.

Located in Pomos Village, Latchi.  Set on a promontory in a unique position on the outskirts of Pom...

Located in Pomos Village, Latchi.  Set on a promontory in a unique position on the outskirts of Pomos. Pomos village is built next to the sea, just 10 m above sea level.

The village of Pomos accepts a medium annual rainfall of around 440 millimeters of water and in its region they are cultivated citrus fruits, bananas, almond trees, avocado, walnut trees, olive trees, few vegetables and pistachio-nuts. In the region exist many uncultivated areas that are covered by natural vegetation such as pines and thyme. The southern side of the village is included in the government owned forest of Paphos.

Paphos (or Pafos) is one of the most beautiful and ancient towns of Cyprus. Wherever one treads in Paphos he comes across its glorious history which dates back thousands of years, when the cult of goddess Aphrodite who emerged from its seas, flourished in this beautiful part of the world attracting many visitors from the island and abroad.

Today Paphos is a small harbour town, but in Hellenistic and Roman times it was the capital of Cyprus. Still under the spell of her Beauty-Goddess, the area retaining her magic, has remained impact by time. Paphos seduces its visitor with its majestic landscape, lovely coastline, historical treasures and delightful villages where tradition is still a way of life.

The legacy from its remarkable history adds up to nothing less than an open museum, so much so that UNESCO simply added the whole town its world Cultural Heritage List. Among the treasures unearthed, are the remarkable mosaics in the Houses of Dionyssos, Theseus and Aion, beautifully preserved after 16 centuries under the soil. Then there are the mysterious vaults and caves, the Tombs of the Kings, the ancient Odeon Theatre and other places of interest including the various Museums.

At Oliver’s Travels we pride ourselves on going that little bit further for our guests. If ther...

Ask a question about Villa Karavi