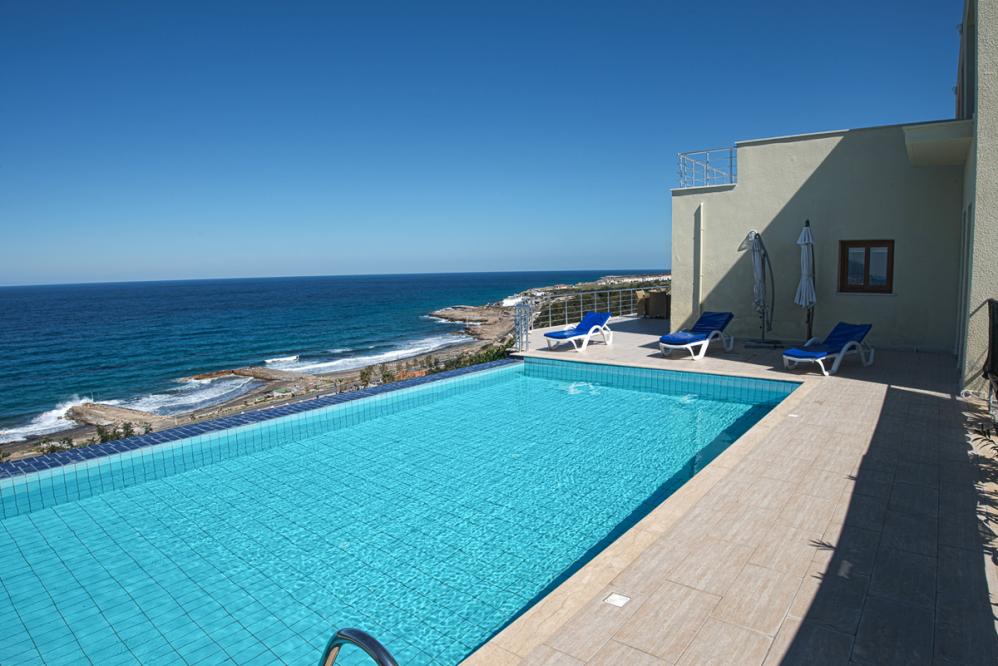 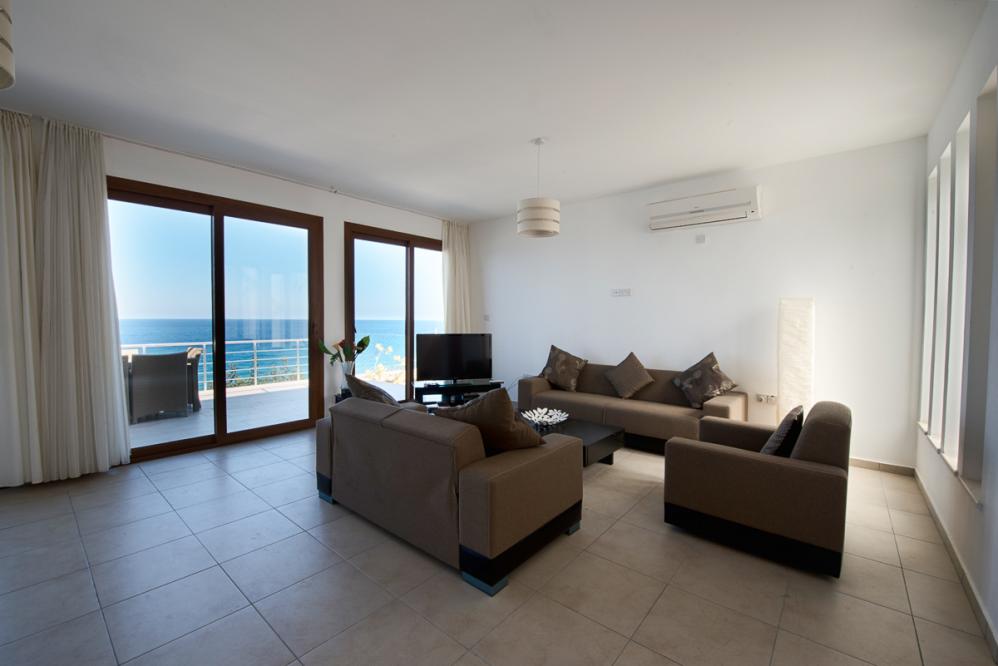 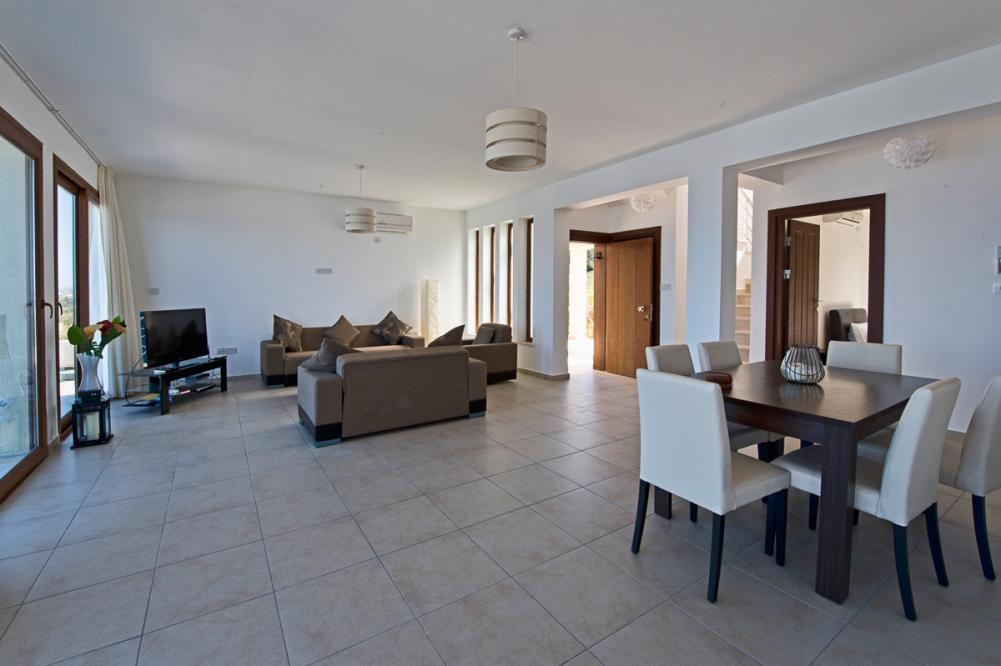 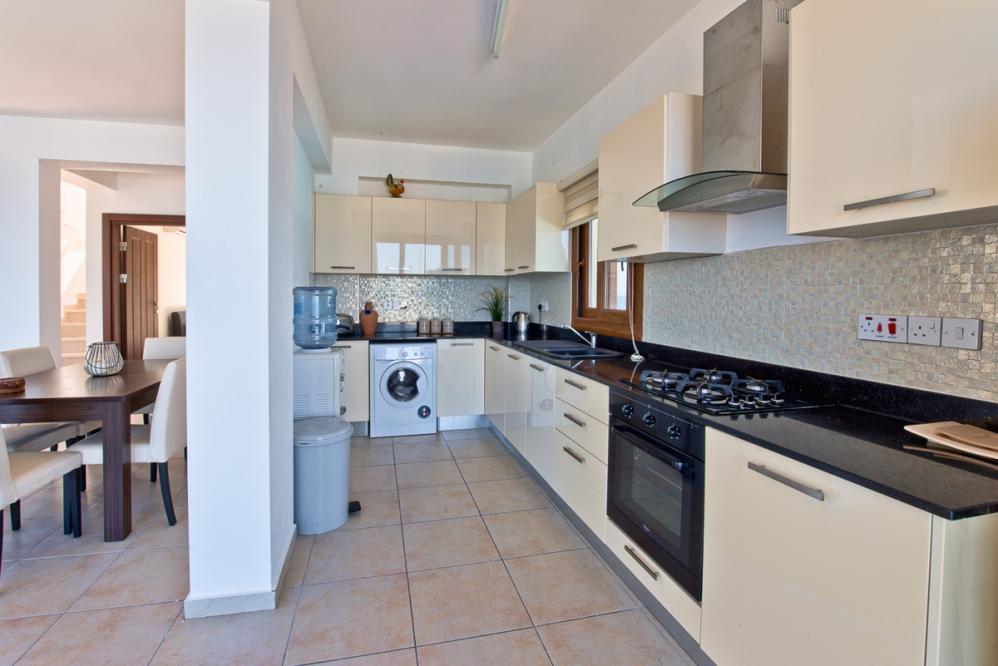 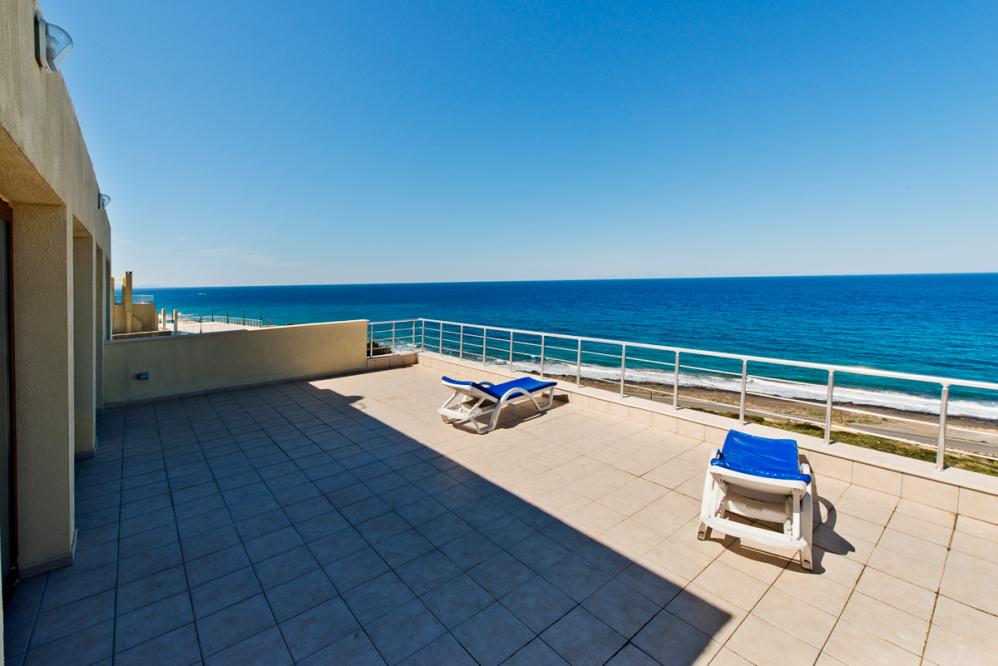 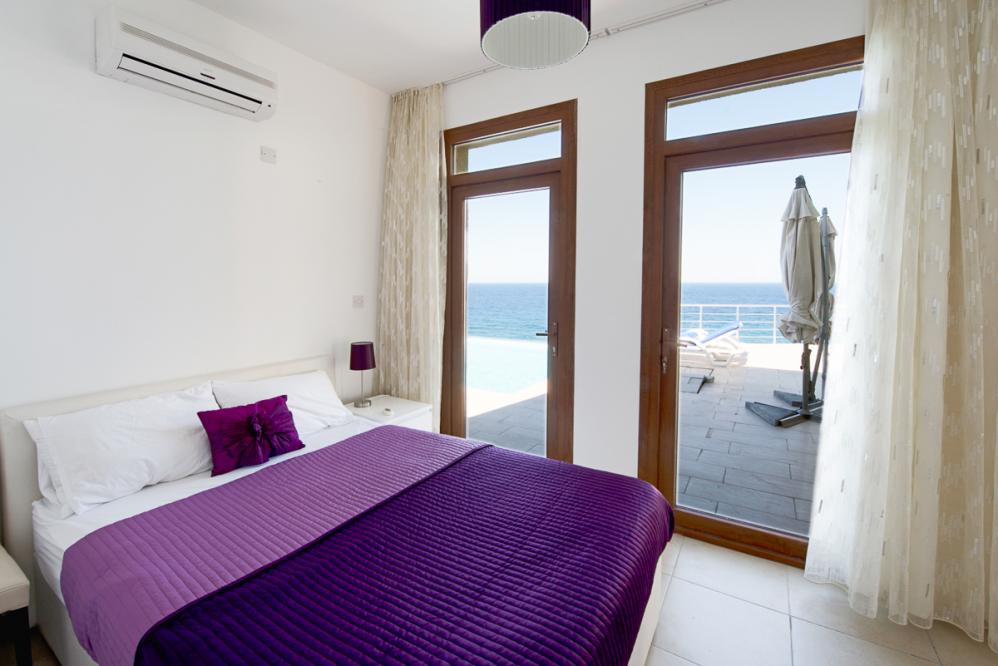 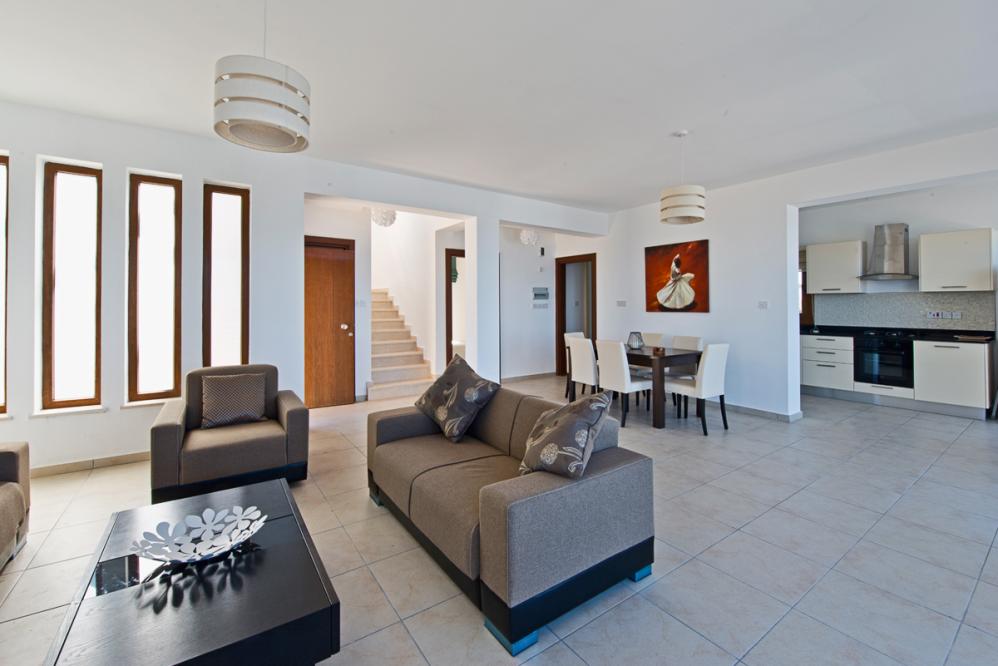 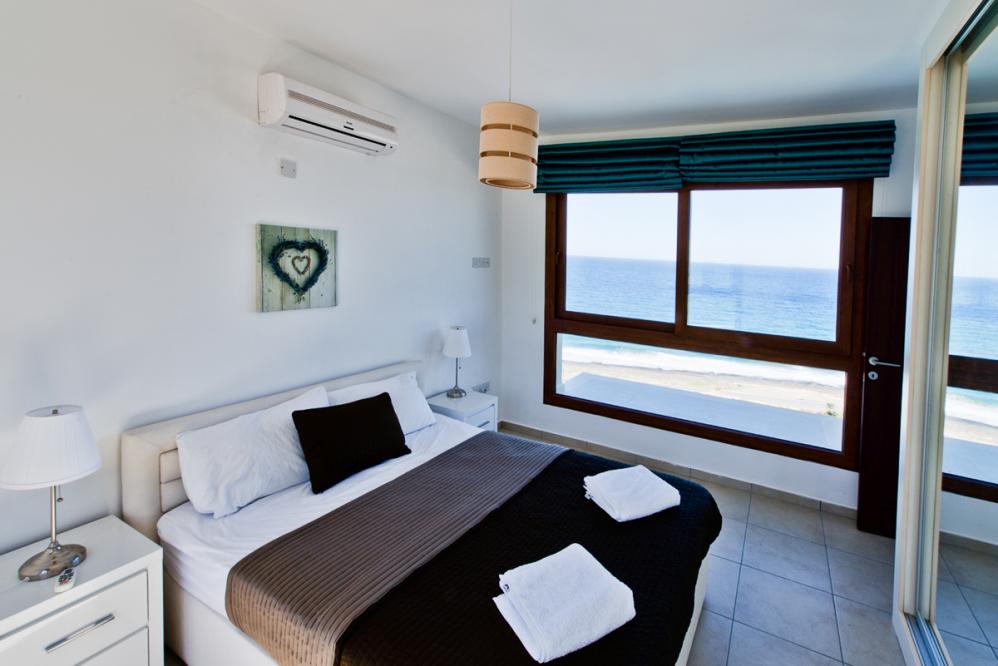 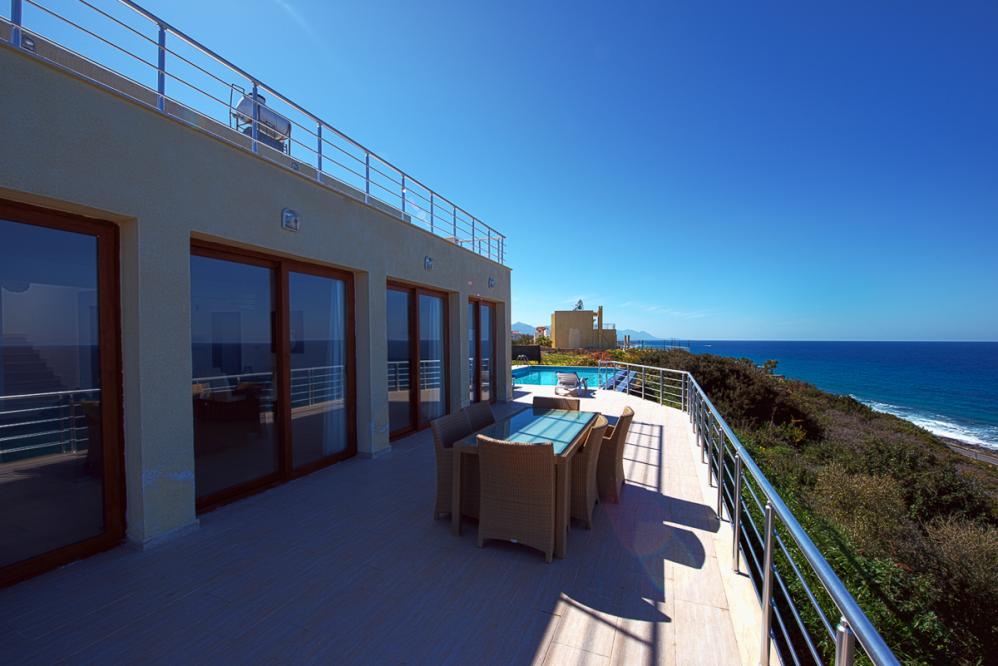 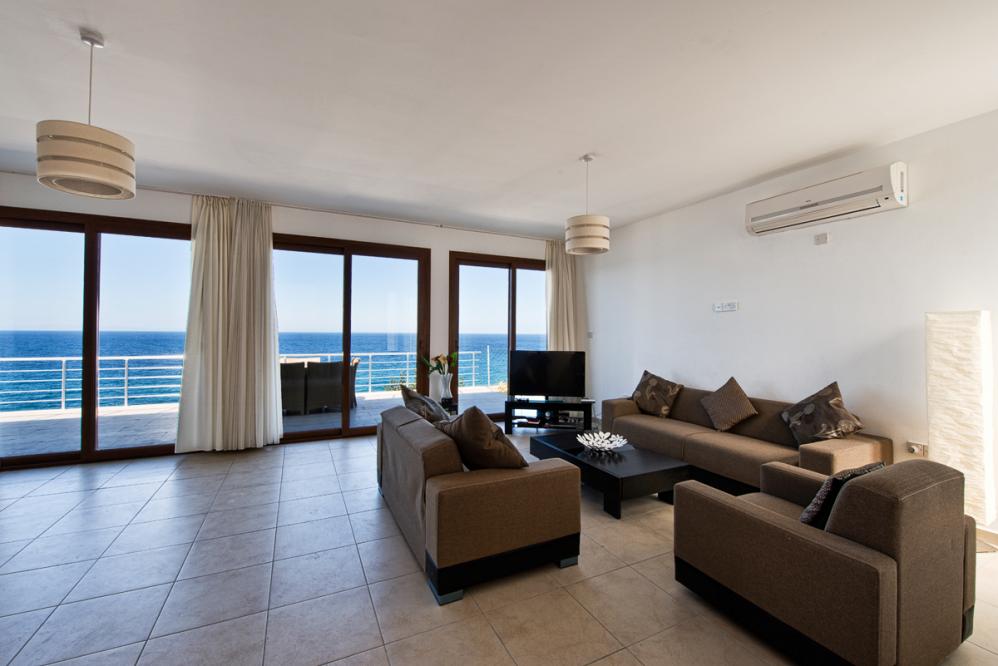 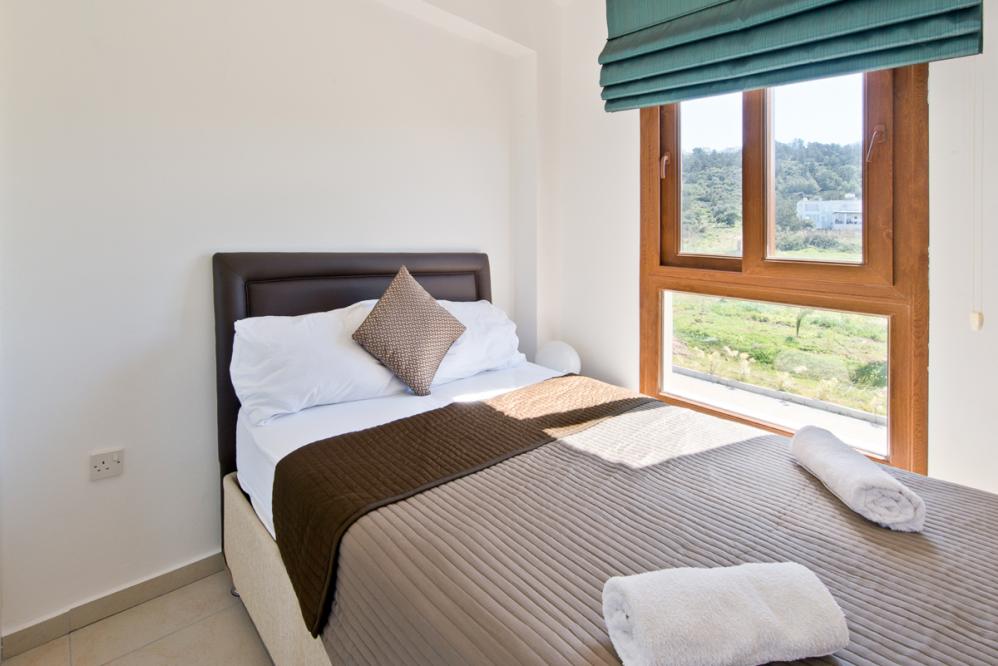 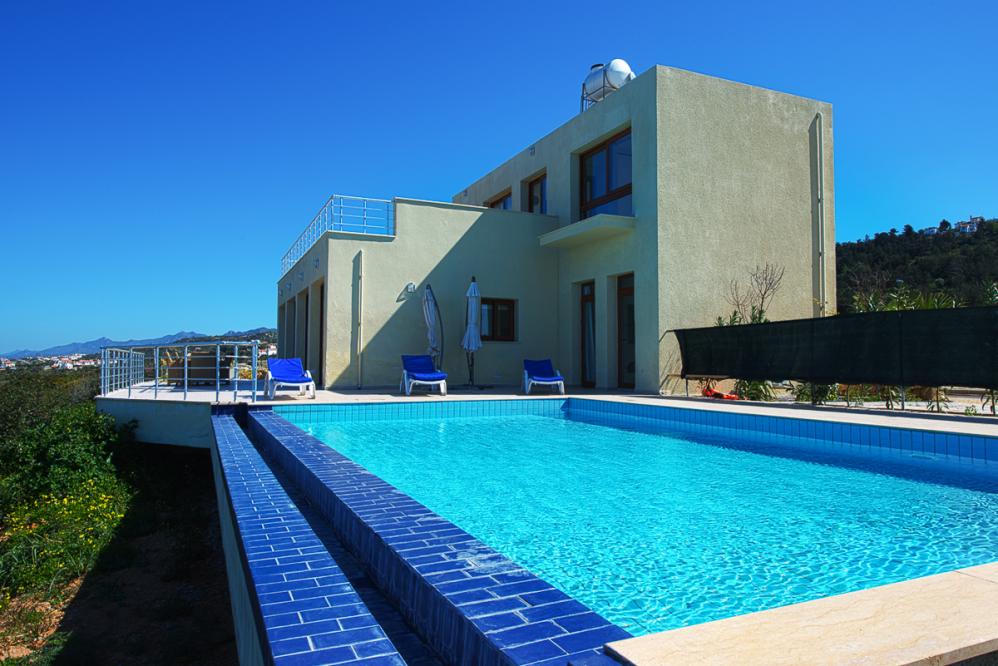 Under 5 minutes from the beach, golf, bars and restaurants, Villa Akaki is an unmissable modern home with a sea-front infinity pool!

Under 5 minutes from the beach, golf, bars and restaurants, Villa Akaki is an unmissable modern home with a sea-front infinity pool!

Contemporary splendour oozes through every detail of these beautiful interiors, from your spacious lounge and open-plan dining area through to your high-end kitchen. Along the north wall of this space are several vast sets of patio doors stretching the entire width of the room, flooding the area with a warm, natural glow, a fresh flow of sea-air and bringing the tranquillity of the waves washing up below into the villa. There is plenty of space in the kitchen for all our guests to get involved and cook up a treat and a formal dining table at which to enjoy them!

You have four fabulous bedrooms to choose from, including one with a queen-size bed, two doubles and finally a charming single room. Fantastic features, ranging from sea-views and terrace access to large fitted wardrobes and air conditioning, promise the utmost comfort across these rooms, ensuring your space, privacy and an absolute pleasure! There are two bathrooms alongside them, one with a bathtub for lovely relaxing soaks and the other with a large shower.

Head out for a little sunshine on your magnificent terrace and take a dip in this stunning 10m x 5 m private pool with the most enchanting sea-views! Directly outside the main living area, you’ll find a sublime alfresco dining spot where you can gaze out over the sea, dine in style and enjoy the crisp air. Kick-back in a lounger by the pool and soak up the sunshine as you slip into holiday-mode, unwinding and forgetting all your worries!

With all the shops, bars, restaurants and even a fabulous beach under five minutes away you’re perfectly placed to enjoy the highlights of this fantastic coastline!

Villa Akaki is located in a perfect seafront location. With four bedrooms and two bathrooms, it accommodates up to 7 guests.

Tucked on the hillside directly above the sparkling blue sea, Villa Akaki is near to the beaches, ba...

Tucked on the hillside directly above the sparkling blue sea, Villa Akaki is near to the beaches, bars and restaurants of Esentepe, and also just 7 minutes from the Korineum Golf and Country Club, with an 18 hole championship course, a spa, gym, restaurant and so much more.

The beaches along the coast are all a little unique with their own distinct features. From shimmering golden sands to vast sweeping bays Perfect shallow waters where you can paddle, watch the gentle washing up of the waves and spend hours appreciating the calm of this immense sea.

Stylish beach bars, sophisticated beachfront hotels and romantic hill-top restaurants are dotted across this fabulous coastline, while several markets are selling fresh, local produce, olives, cheeses, bread and meats. Activities in the region vary greatly, from the extremes of scuba diving and paragliding to the more peaceful golf, snorkelling, hiking or even a little bit of sightseeing!

There are many places of interest in Northern Cyprus, such as the History Museum various abbeys and churches, including the Mavi Kiosk and Bellapais Abbey. The beautiful Karpaz Peninsula boasts a pretty Marina and Golden beach. The Karpas region is rich in subterranean water reservoirs, with fruit, olives and tobacco plentiful. Small villages dotted around the region with their inhabitants living in the same way they have for years.In Famagusta the Ruins of Salamis are a must go, you can also see Othello's Tower and the walled city. Nicosia is the last divided capital of the world; it's great for shopping addicts, as well as history lovers. Kyrenia is excellent for boat trips, and it's worth exploring the harbour and castle. If you are lucky you may see turtles from the boat.

Elsewhere on the island you will find; the vibrant city of Paphos, European Capital of Culture in 2017 and renowned as the birthplace of Greek goddess Aphrodite, Limassol, the second-largest city in Cyprus with a charming medieval town centre, known among locals as the party capital of Cyprus with a cosmopolitan feel and the warmest winters. With a rich history, you can enjoy sights such as the ancient cities of Amathus and Kourion, with beautifully preserved Roman-era mosaics, the Tomb of the Kings, Paphos Archaeological Park and the Limassol and Kolossi Castles.

Tucked away on the west coast of the island there is the tranquil Akamas Peninsula, a rich, vibrant and unspoilt landscape filled with deep gorges and sandy bays. Head to the Blue Lagoon (you can take an organised boat tour to it!) for an unforgettable swim spot!

This property is also within a short drive of Larnaca International Airport, so getting in and settled into your home-from-home will be stress-free and easy!

Kids of all ages will delight in a stay at Villa Akaki, with vast spacious living areas and two fant...

Kids of all ages will delight in a stay at Villa Akaki, with vast spacious living areas and two fantastic terraces! You’ll also find plenty of local entertainment to suit all ages – for example; you’re just a short drive from the golden sands of Esentepe Beach, perfect for a fabulous day out of sandcastles and paddling in the sunshine.

For an enthralling day away with the whole family, under half an hour from the villa, you will find the Acapulco resort complex, with fun for all ages, including a water park, funfair, arcades, restaurants and bars! Other facilities on-site include a spa and gym, Turkish baths, massage parlour and a sports park with tons of football equipment and activities. Children will absolutely adore the play area, and there’s a great range of fun for the whole family and indeed even a private beach. 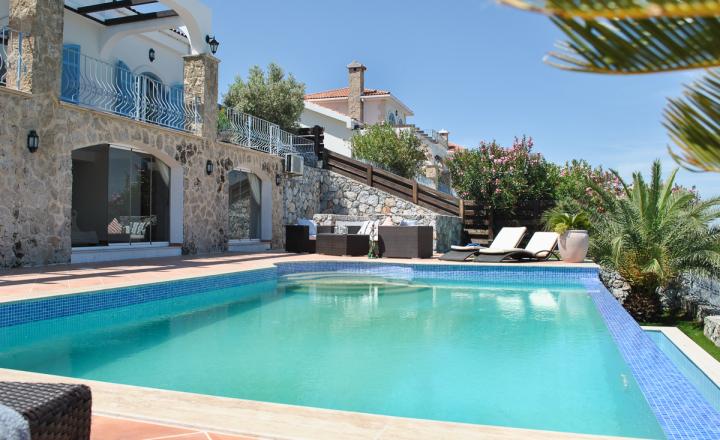 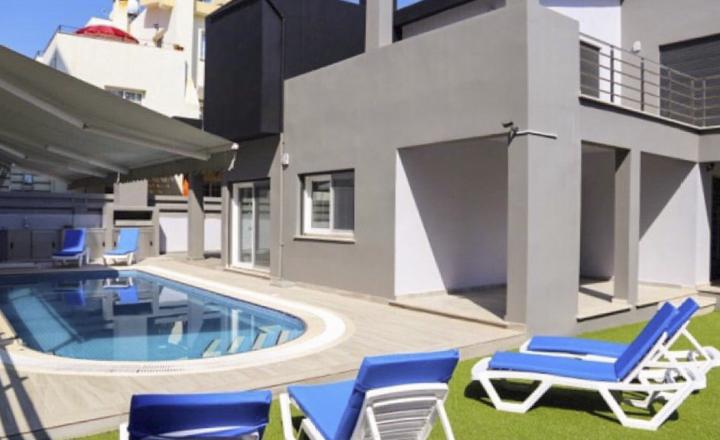 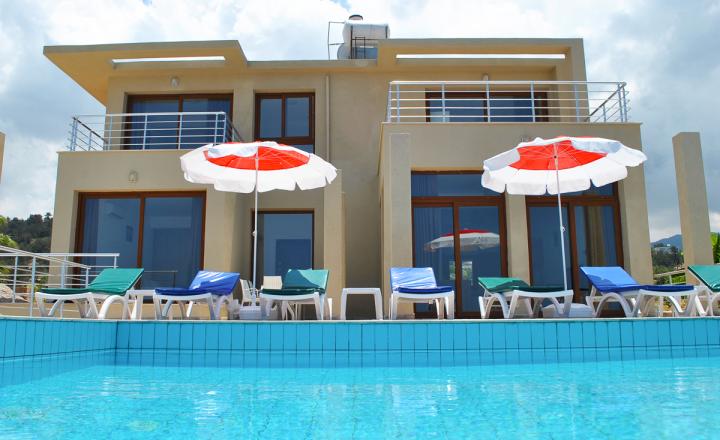 Ask a question about Villa Akaki