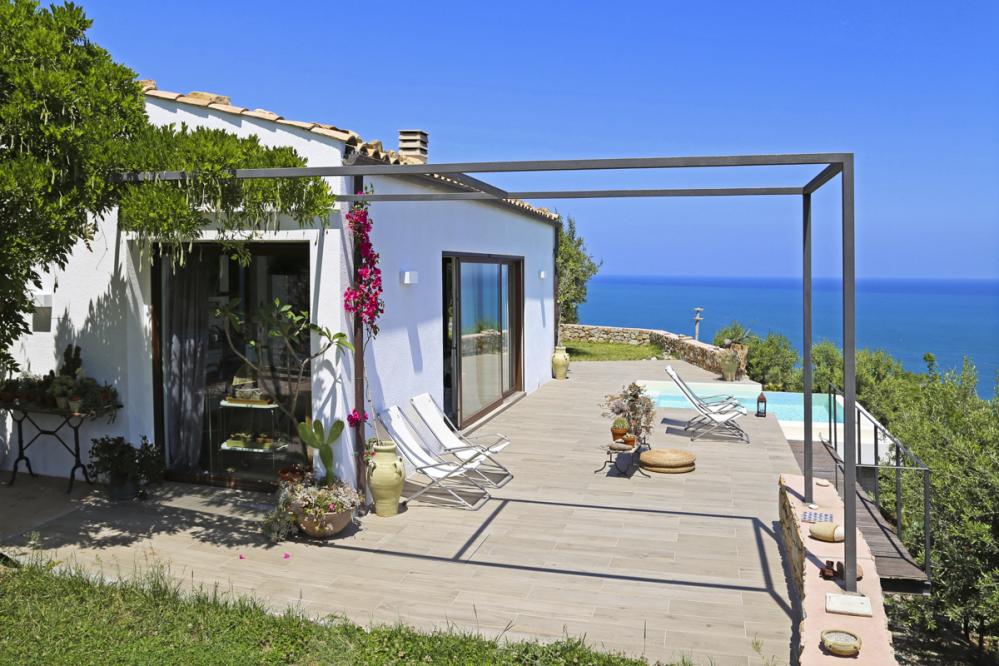 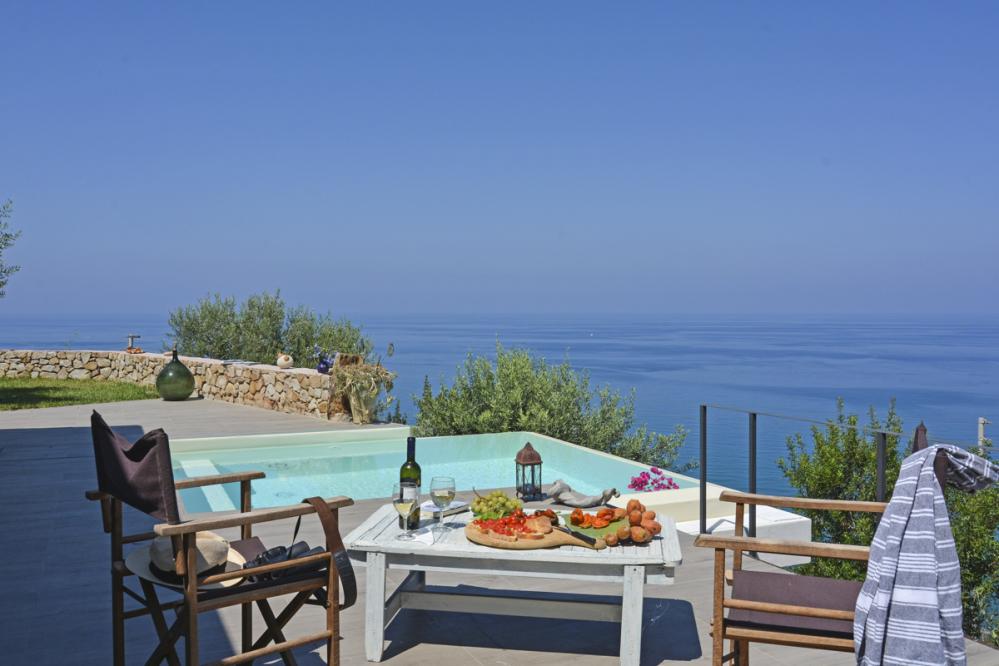 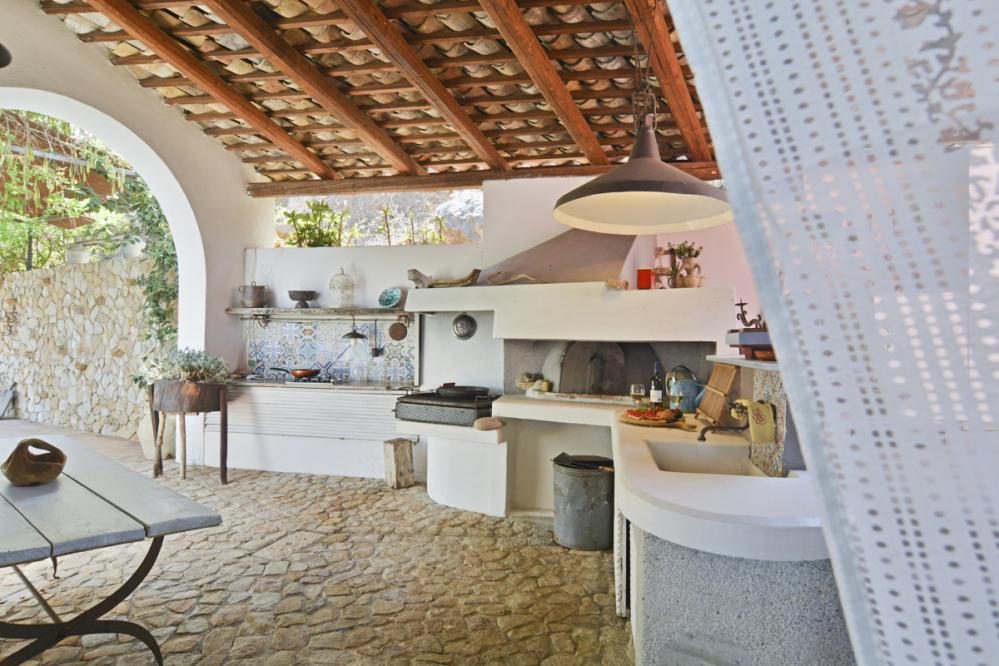 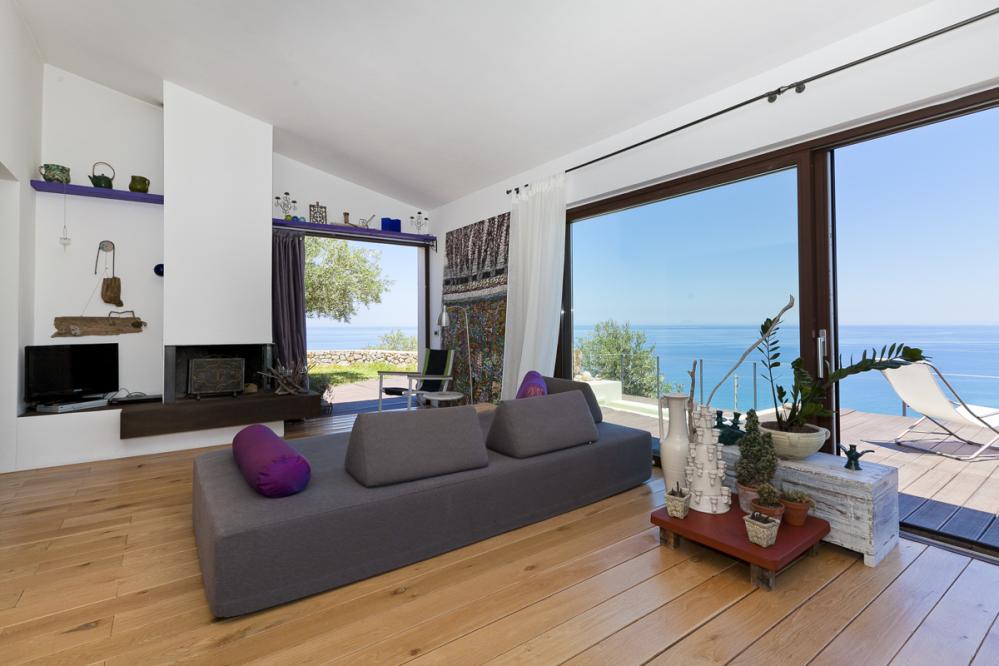 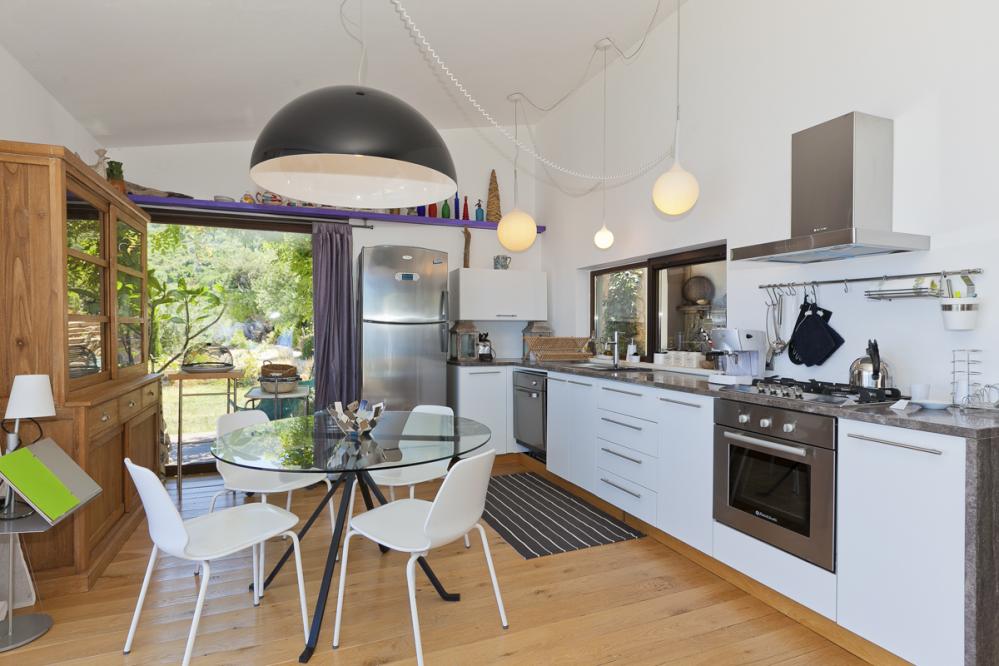 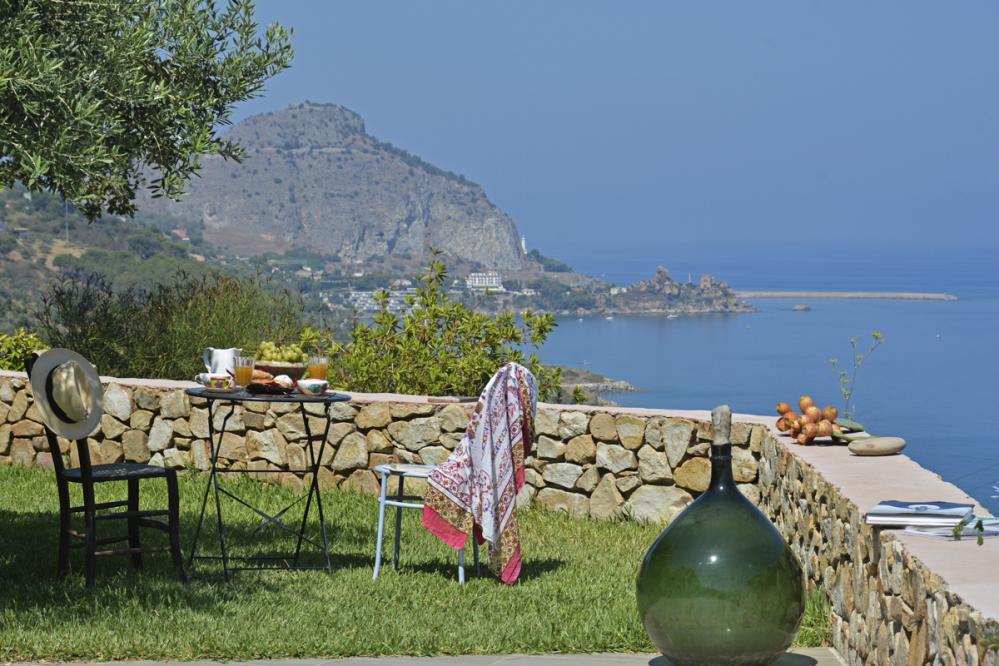 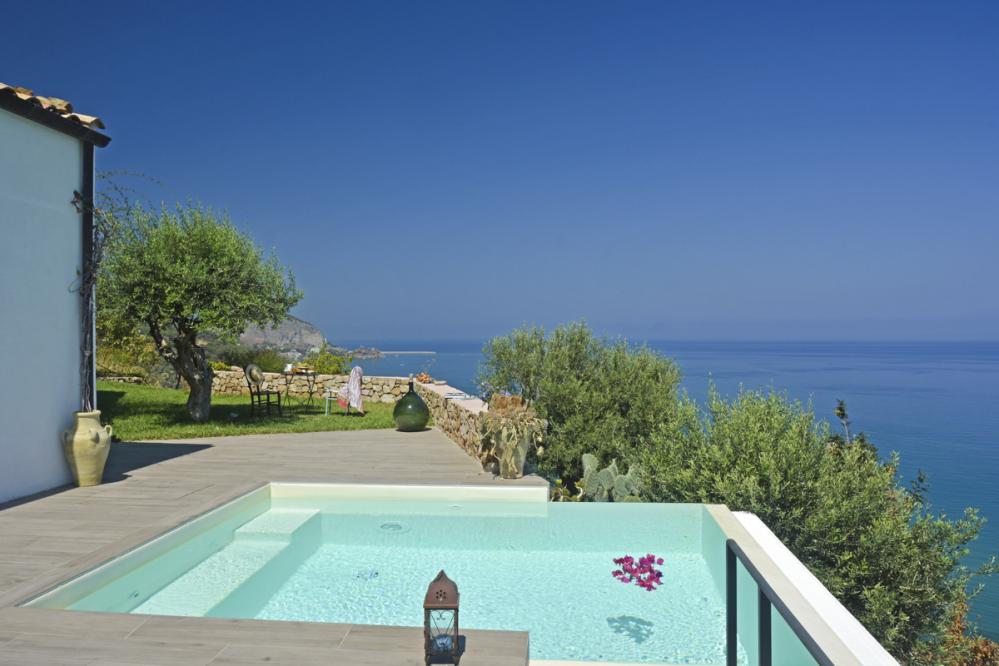 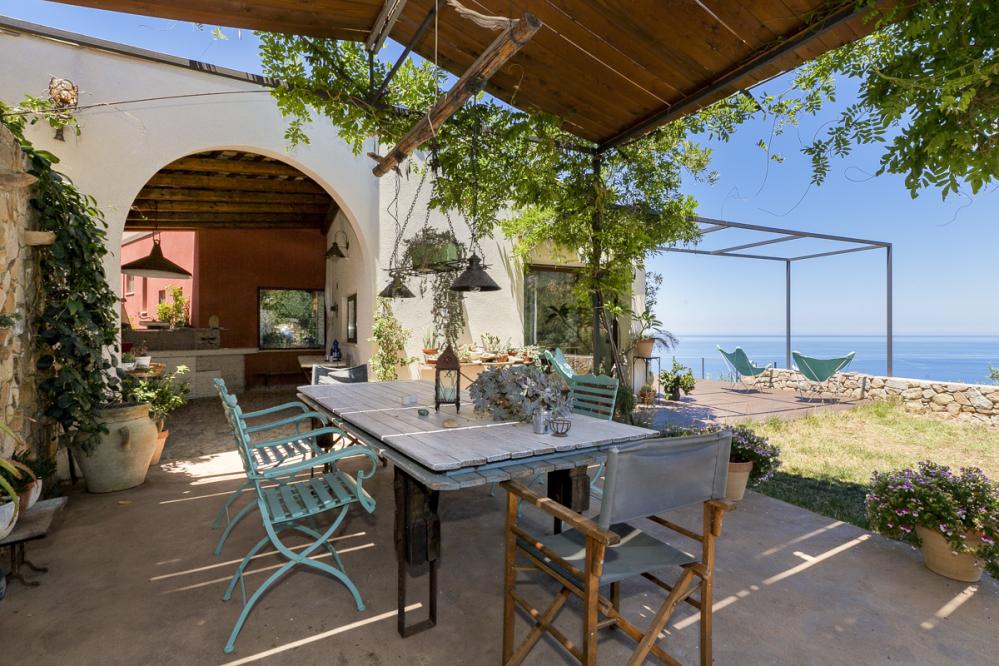 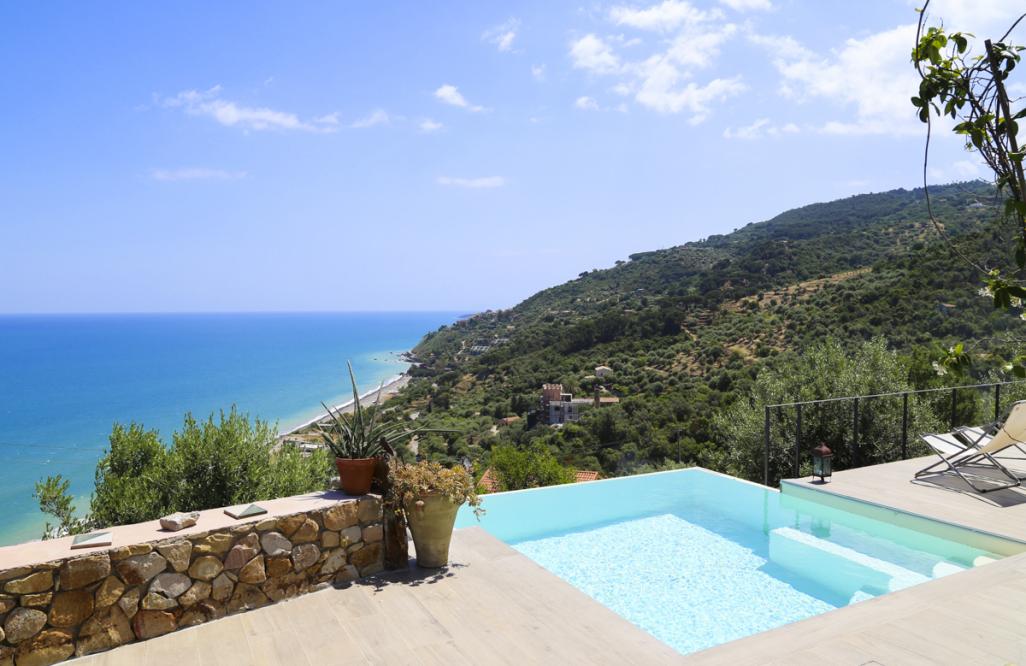 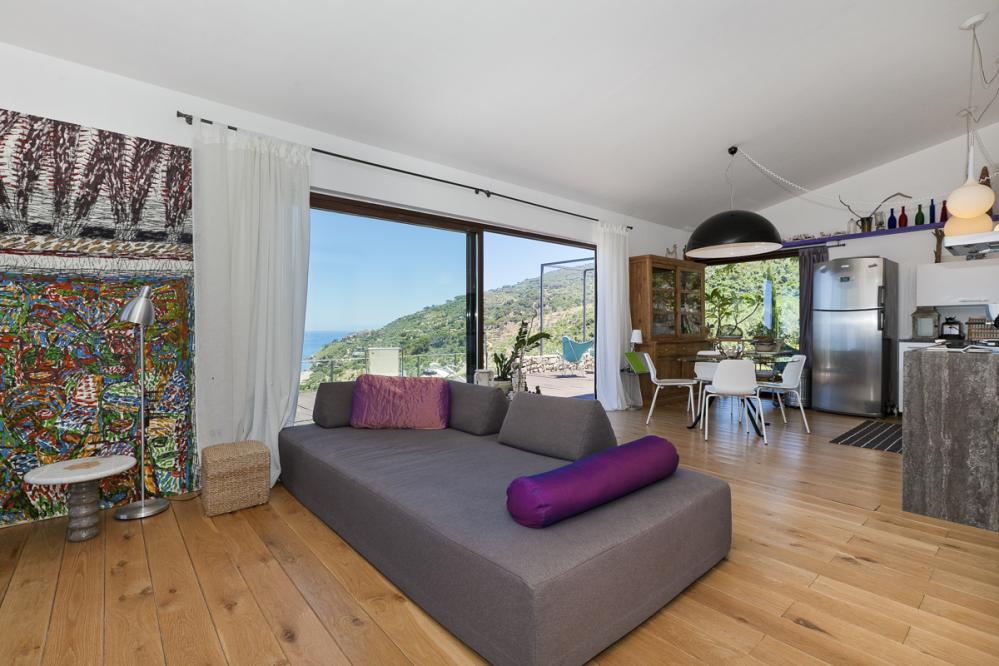 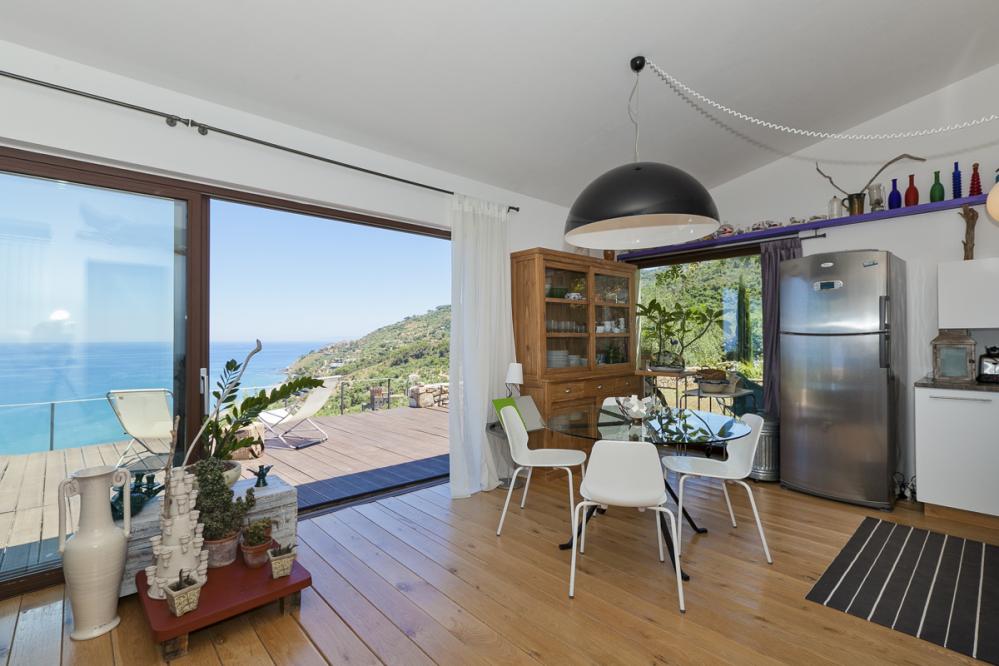 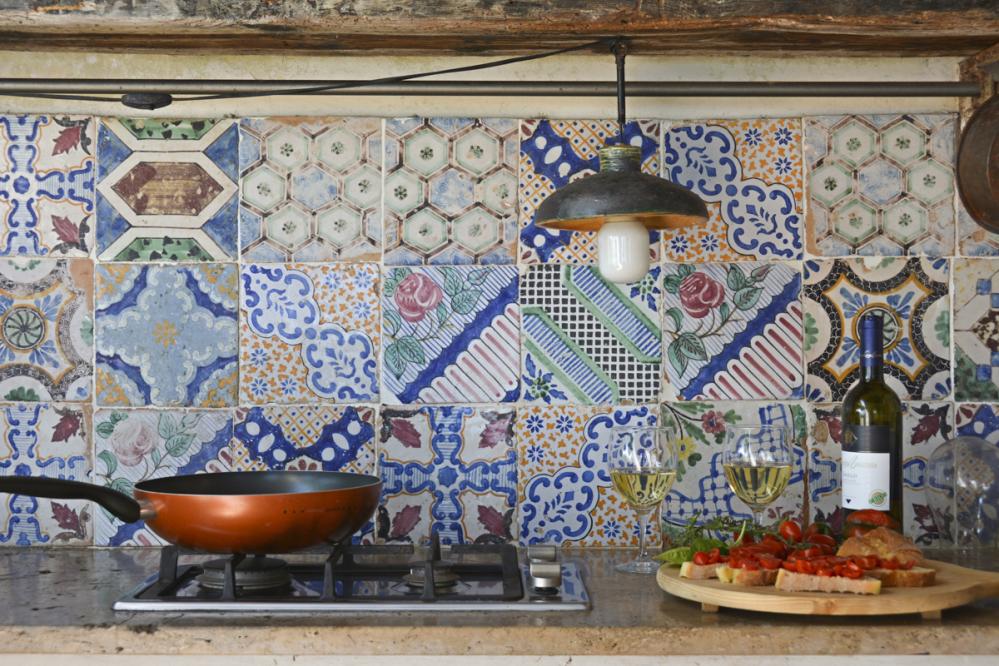 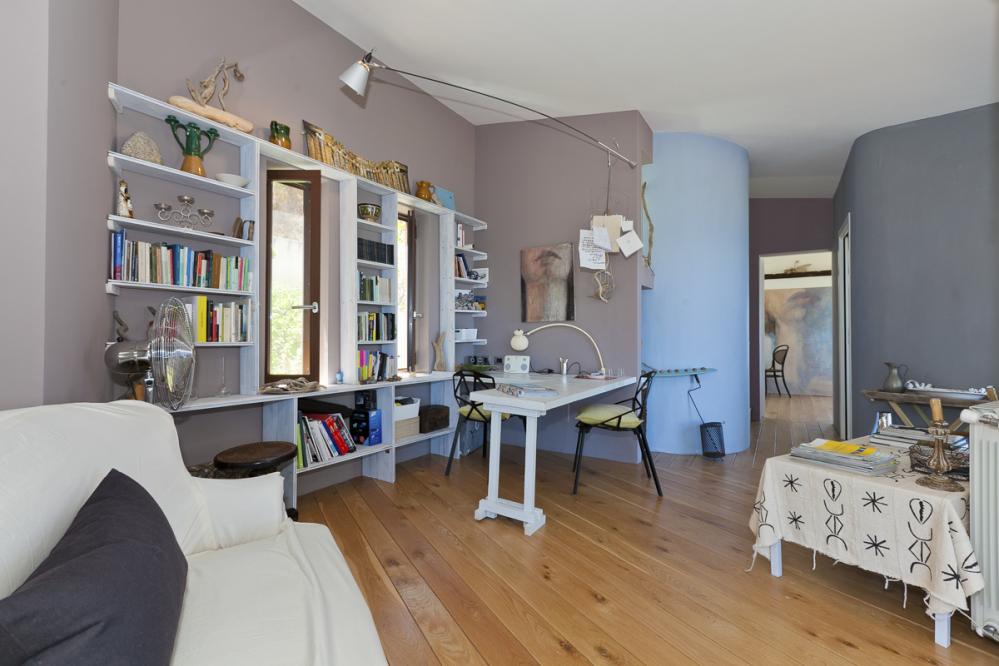 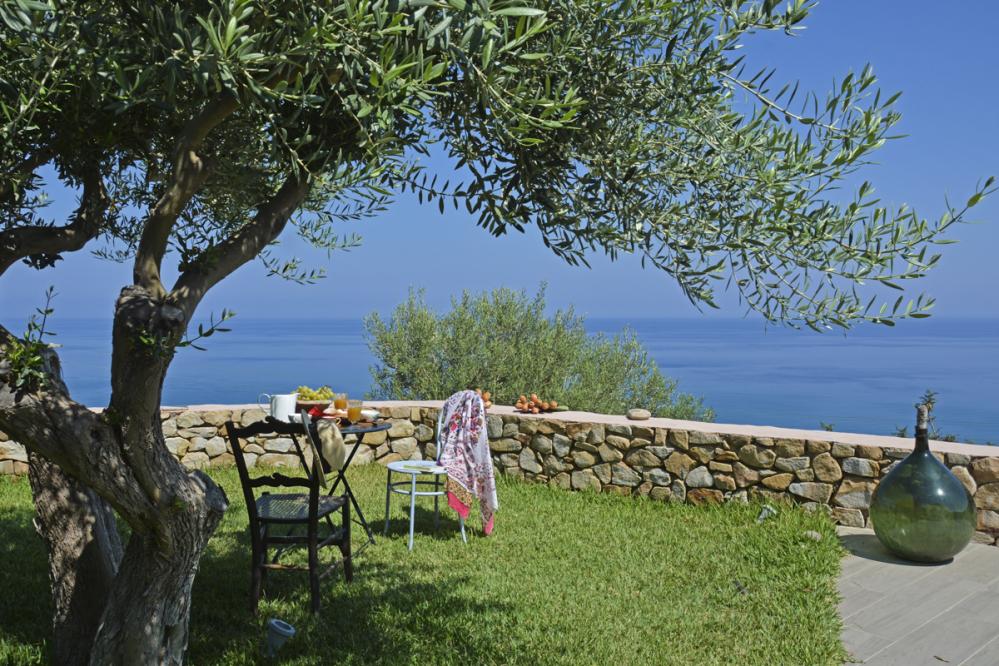 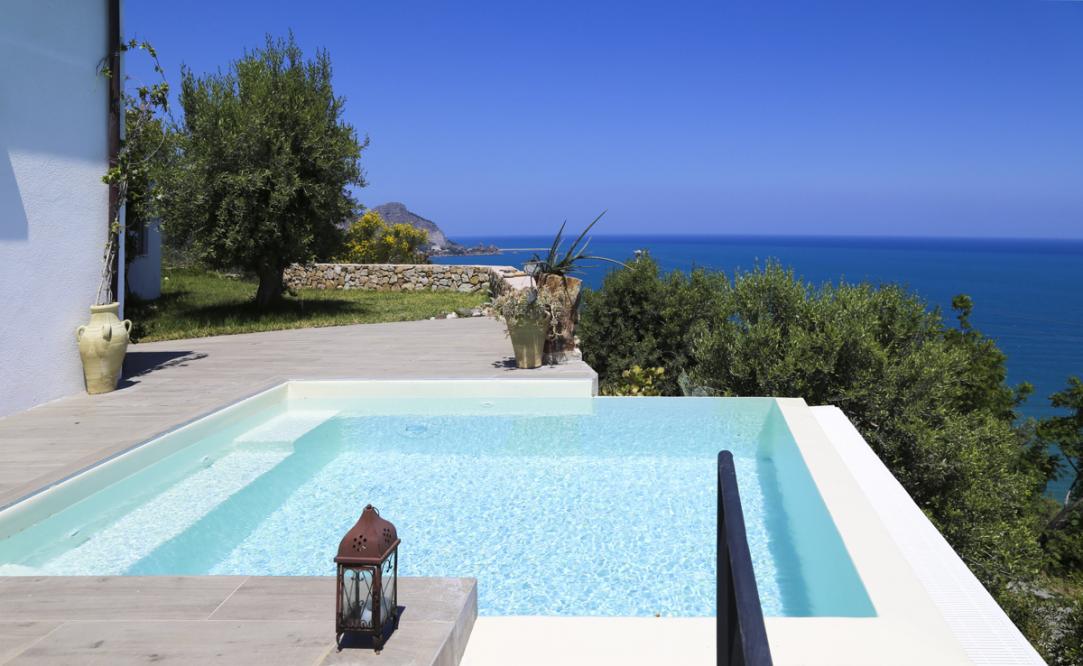 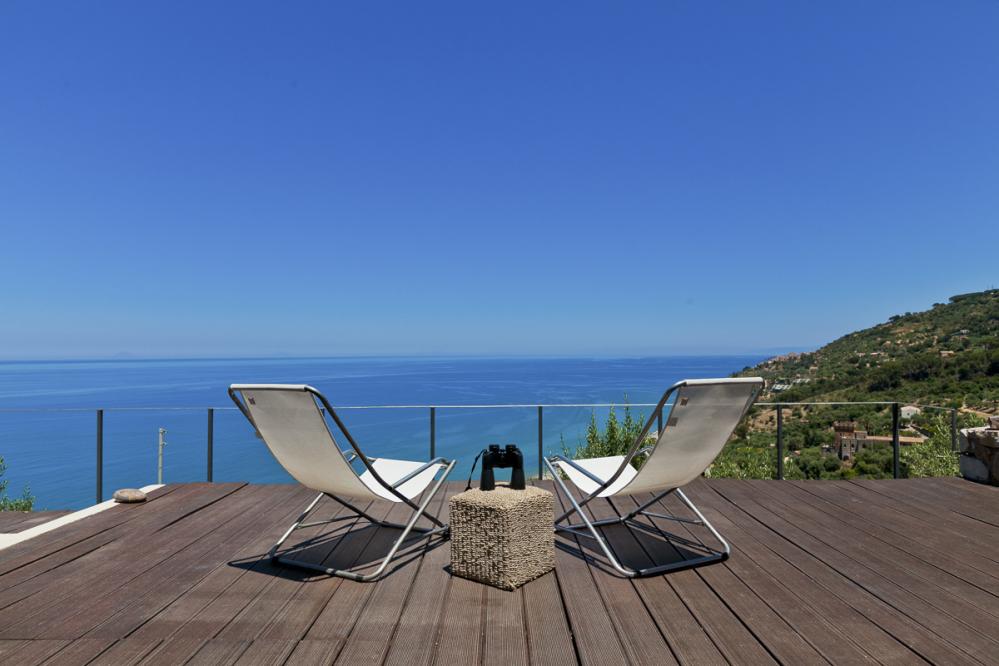 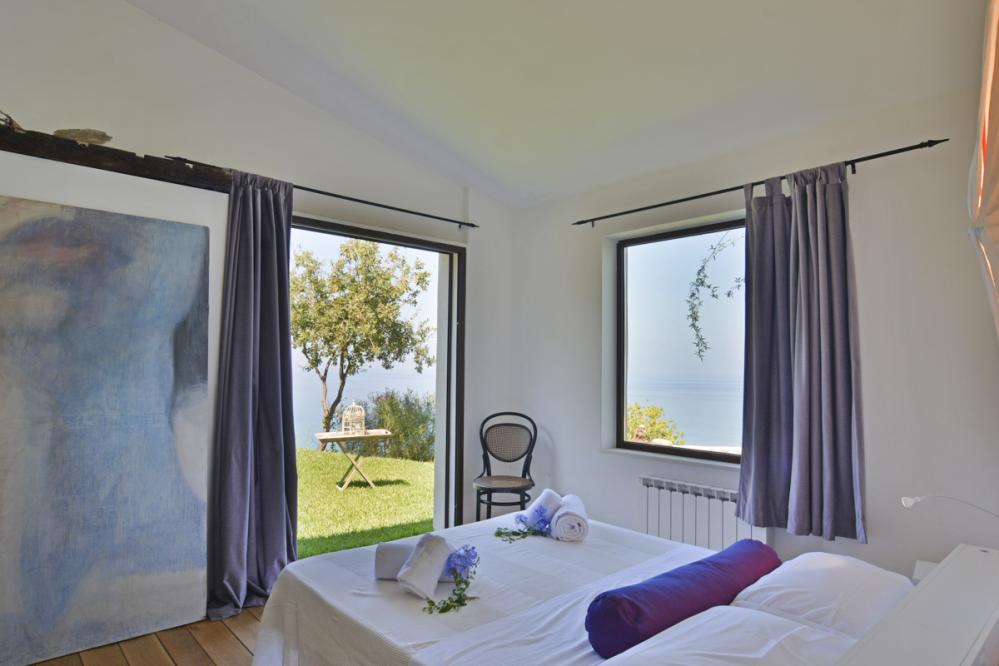 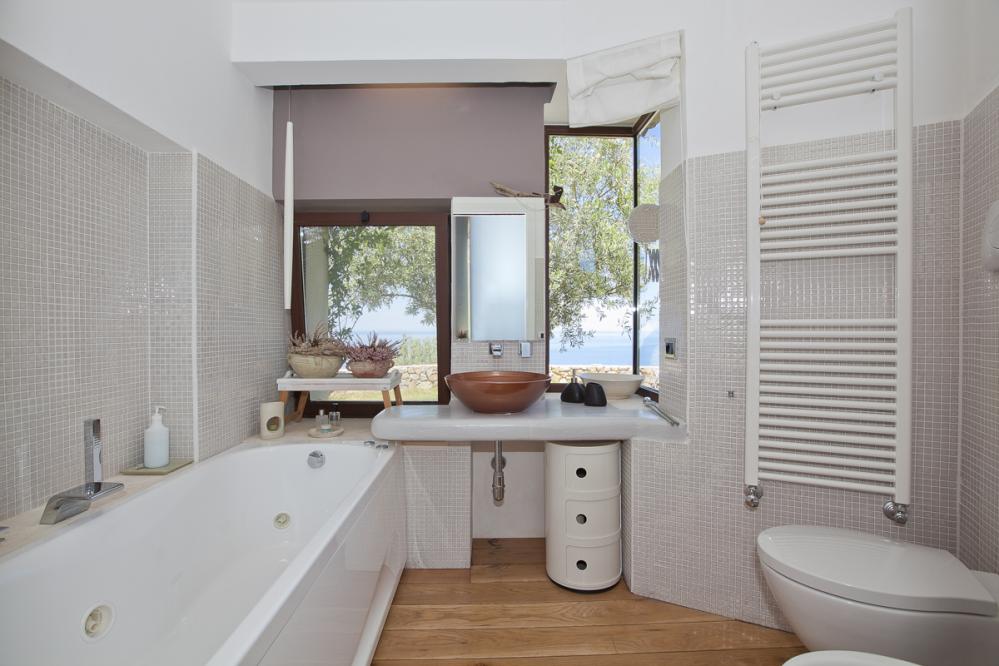 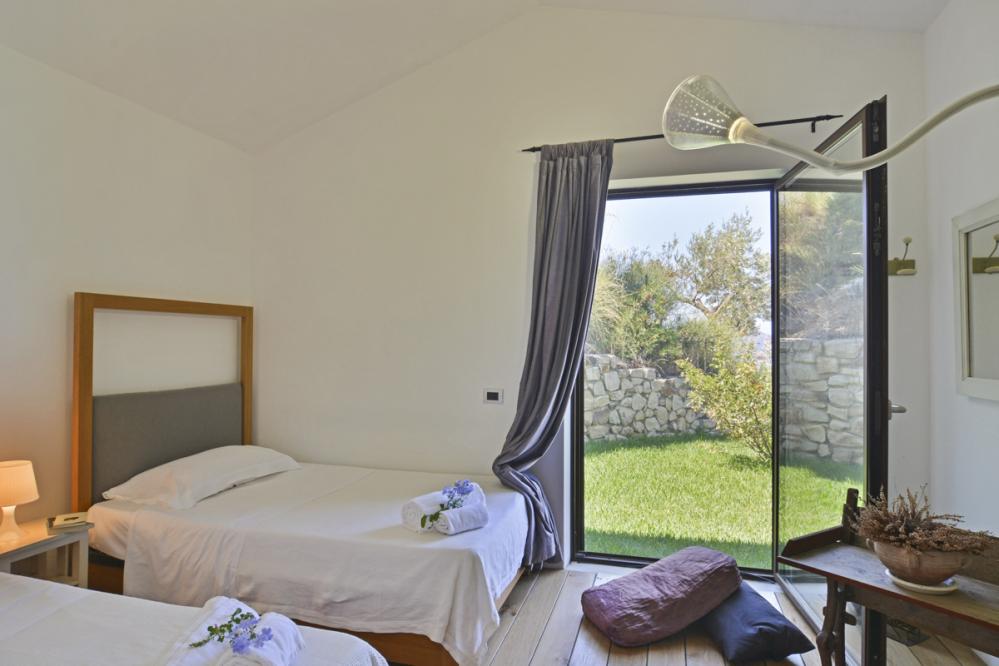 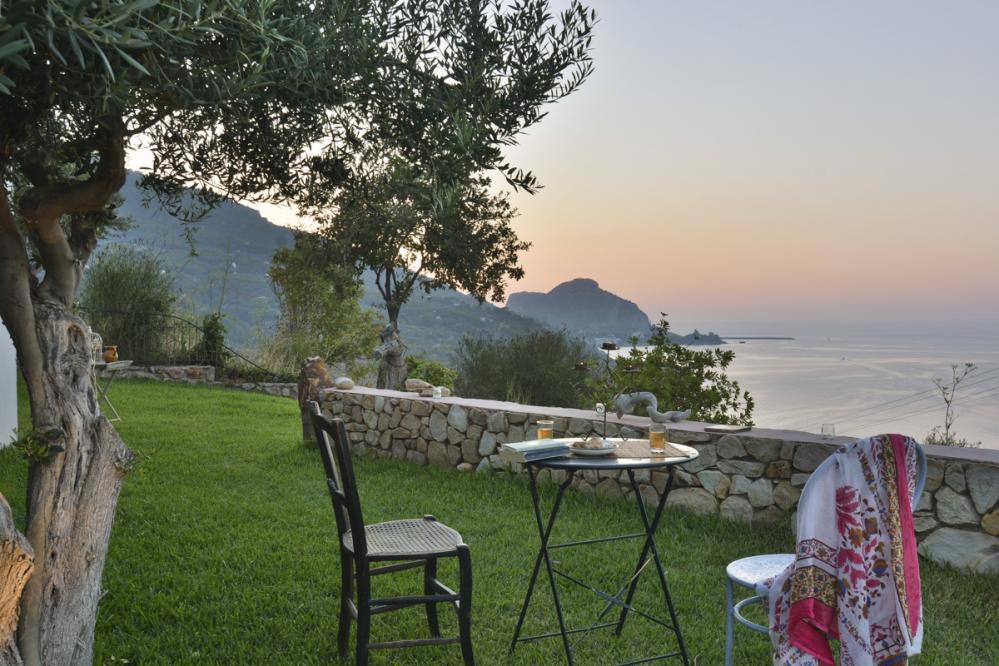 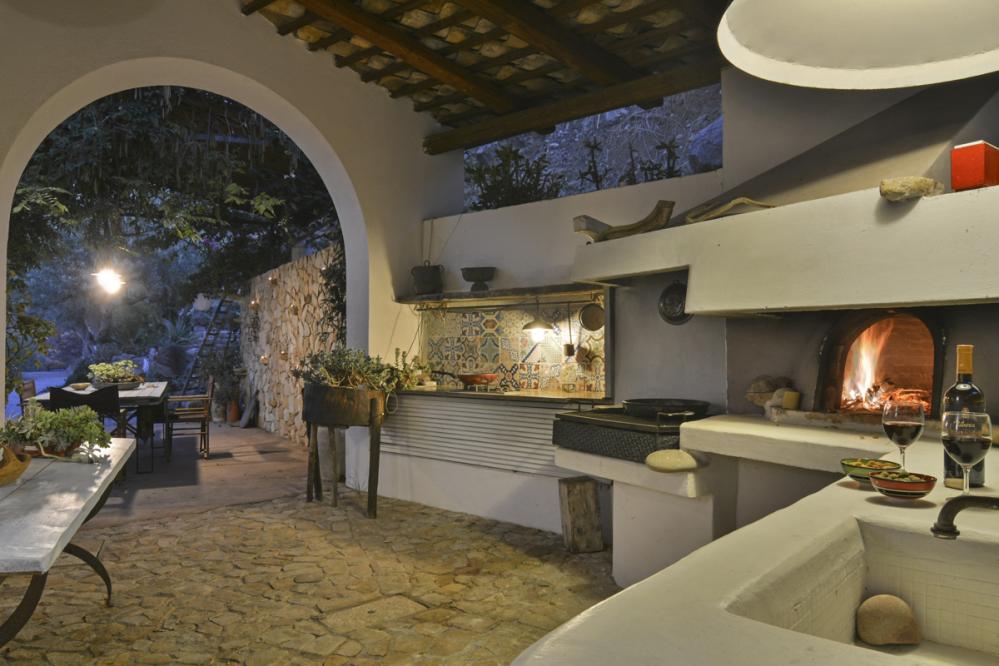 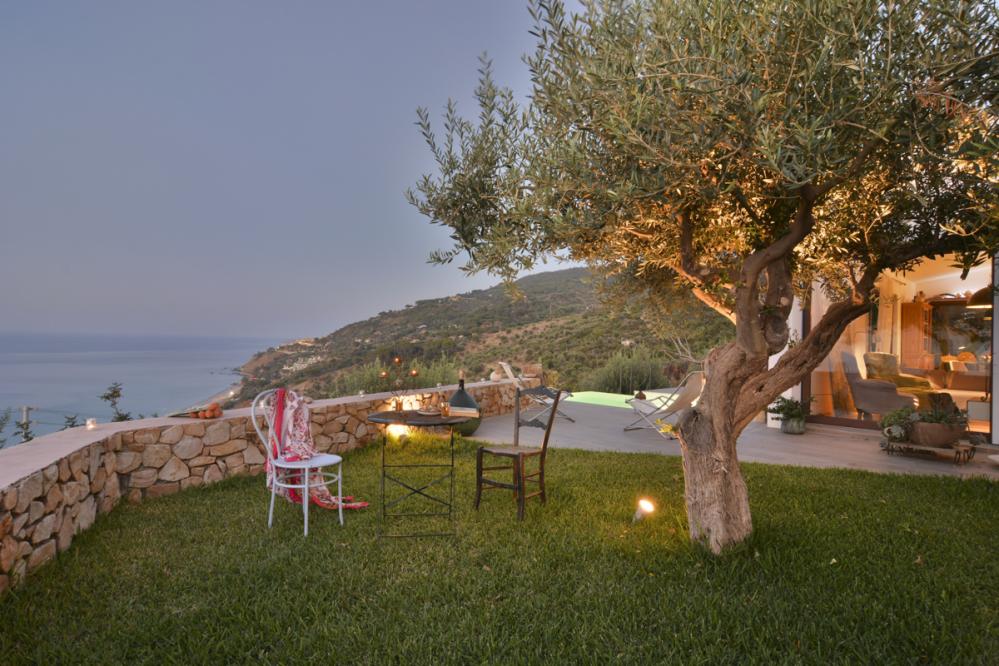 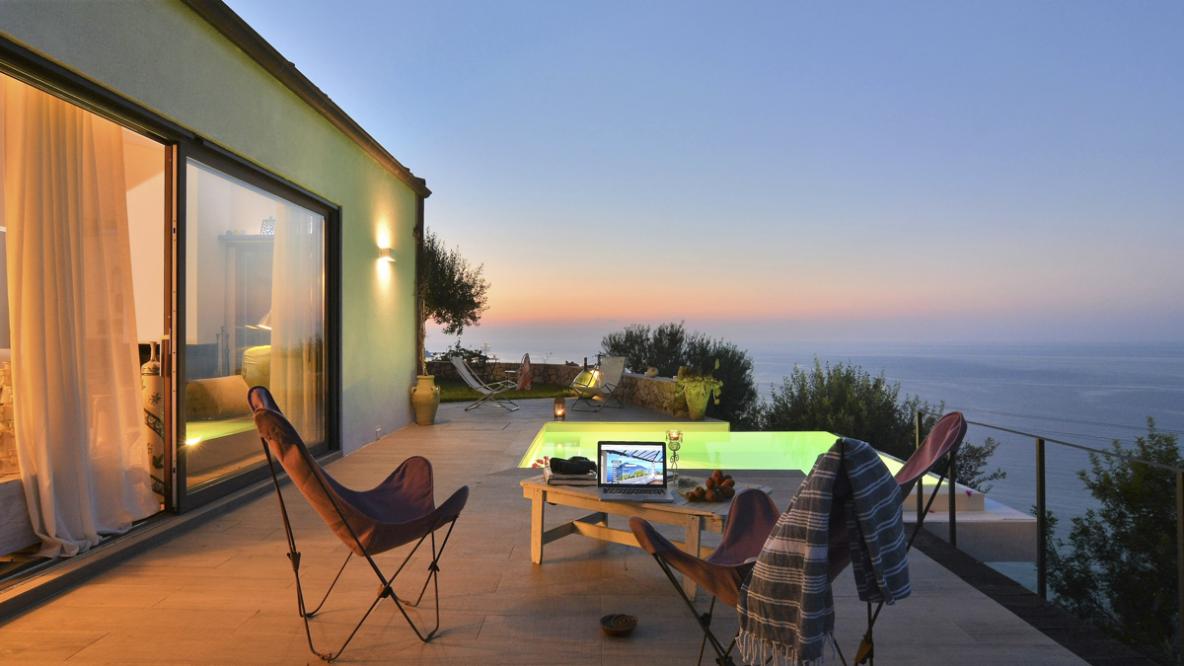 This wildly stylish villa in Sicily is but a stone’s throw from the coast. A refreshing getaway can flourish beneath the leafy arbor, or on the porch overlook...

This wildly stylish villa in Sicily is but a stone’s throw from the coast. A refreshing getaway can flourish beneath the leafy arbor, or on the porch overlooking the crystalline Tyrrhenian sea. Here, modern does not mean sterile; colorful artwork, books, and tasteful ornaments line the walls (it’s rather like staying at your artist friend’s holiday home). With sea views teasing you from every room, the beauty of Sicily will infuse every moment you spend here.

When you need to cool down, you can choose either the small private pool, or walk the steep country path down to the sea. An outdoor shower lets you rinse away the sand before you rejoin the group. Have a barbecue out on the reclaimed railway sleeper deck, made easy by the additional sheltered outdoor kitchen. When you retire inside, you'll gather on the low purple sofa to sip Sicilian wine and plan the next day's adventure.

This holiday villa sits an hour east of Palermo, amid many local treasures. Cefalù (4 km) is a hub of ancient architecture and the best beaches in Sicily. Art lovers should visit the Mandralisca Museum and Il Duomo, a 12th century cathedral that dominates the town.

Just an hour's drive east of Palermo, sitting serenely between its natural bay and the towering rock...

Just an hour's drive east of Palermo, sitting serenely between its natural bay and the towering rocky granite mass of La Rocca, is Cefalù.

Cefalu is one of the Mediterranean's undiscovered jewels - the epitome of picturesque grandeur. Cefalù has a beach, winding and narrow medieval streets, and delightful restaurants overlooking a rocky coast. Everything is under the ever-present gaze of the Norman-Arab-Byzantine cathedral, one of the greatest churches of southern Europe. Nestled between the Madonie Mountains and the sea, Cefalù's mountain boasts the ruins of a large fortress and an ancient Sicanian-Greek temple. The view from the summit is inspiring.

Cefalù has a long and lovely beach with clean, golden sand. It is, without a doubt, one of the best in Sicily. It is very easy to get to and only a short walk from the main road leading through town. Whilst popular in the summer months, it is a quieter option to the beaches near Taormina. Public showers are available on the western side of the beach.

Il Duomo, the cathedral built by the Norman King Roger II circa 1131, is the dominant structure in the town. Its two towers rise well above the rest of the buildings. The exterior is well preserved, while the interior has been restored several times through the centuries. It is more Gothic and Romanesque than Byzantine in character, but it still has impressive mosaics.

A much more strenuous but rewarding exercise is to climb up to the summit of the promontory above the town. It is steep, and takes a good half hour. The views of the coast and the sea from there are impressive. The walk will also take guests to the ruins of an old fortress and temple devoted to the goddess Diana from the fifth century BC.

The Mandralisca Museum was founded by a local art collector who bequeathed his art treasures and extensive library to the town. It houses the Portrait of Unknown by Antonello da Messina, an extensive collection of shells, and a variety of objets d'art, among which is a Chinese puzzle in ivory.

The beach and the sea offer excellent opportunities for sunbathing, swimming and other water activities and will keep most families happy. There are pedal boats for hire at the beach in Ogliastrillo, 4km (2.5 miles) west of Cefalù. Fishing is available everywhere. Walking in the hills to the south of town is another popular activity, and there are several gentle routes that can be enjoyed by kids.

Directly south of Cefalù is the wonderful Madonie National Park with its charming villages and towns, such as Castelbuono. It has delightful scenery, impressive mountains and some wonderful walking paths. It is no coincidence that after Taormina and Palermo, Cefalù is probably the most popular tourist town in Sicily, offering something for everyone.

At Oliver’s Travels we pride ourselves on going that little bit further for our guests. Fr...

Ask a question about Talia Villa