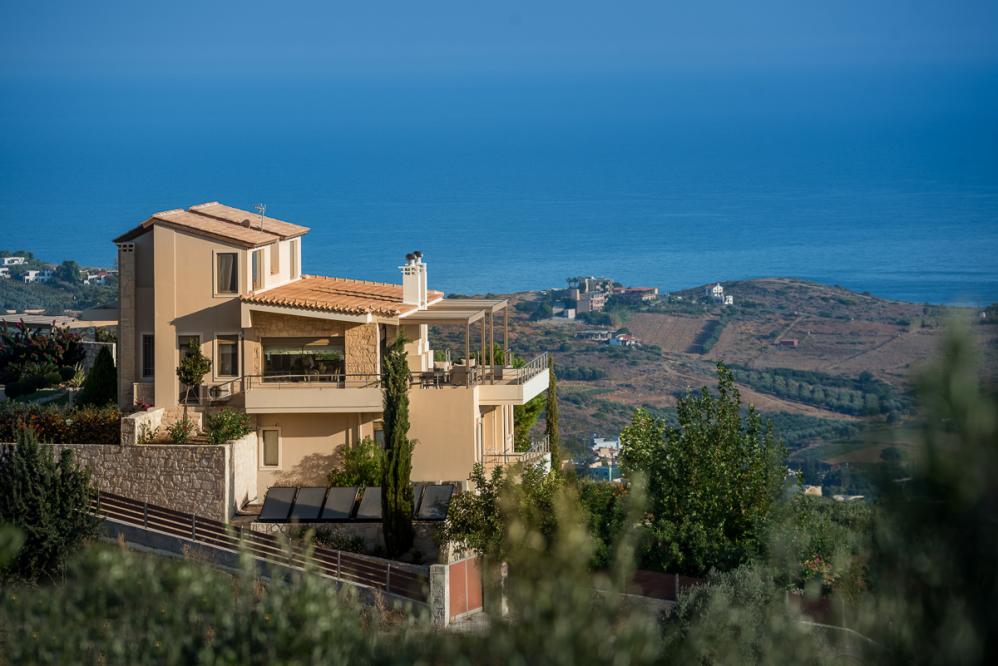 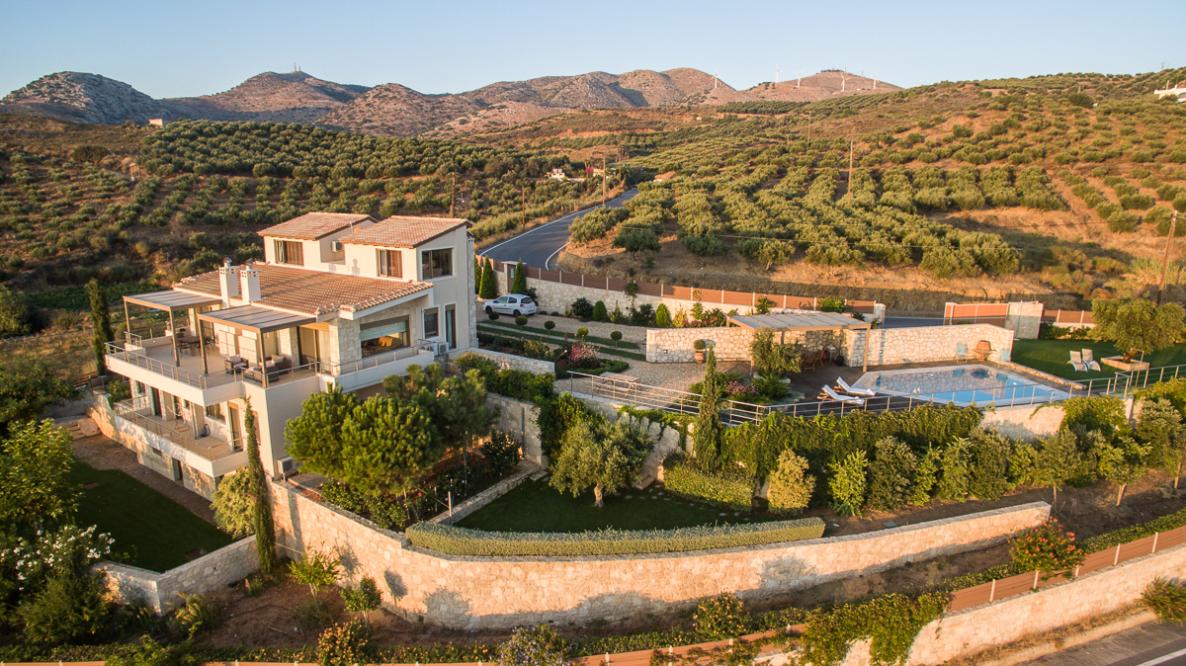 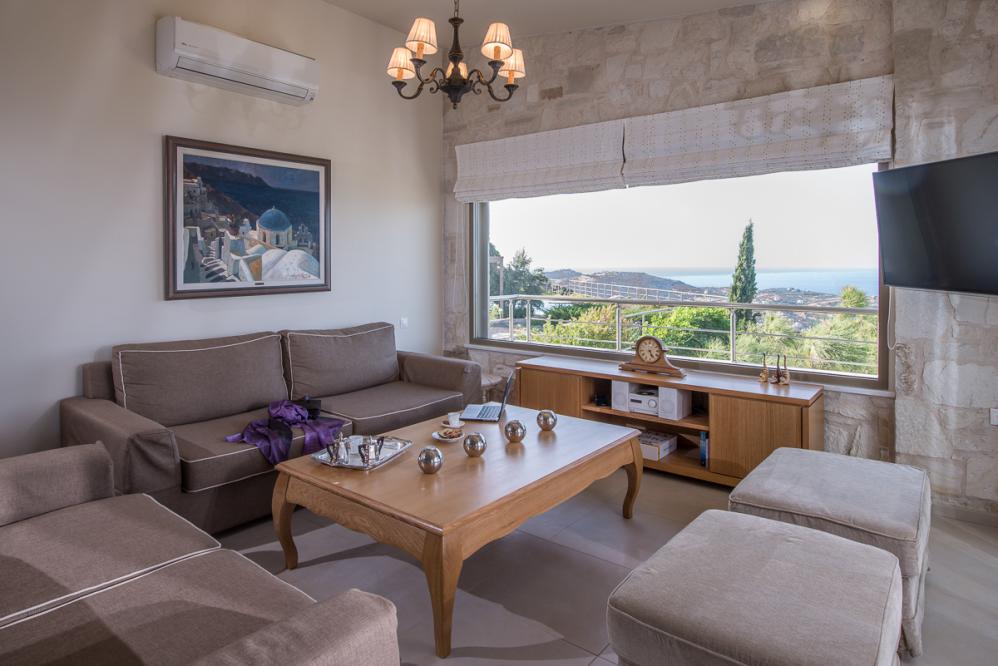 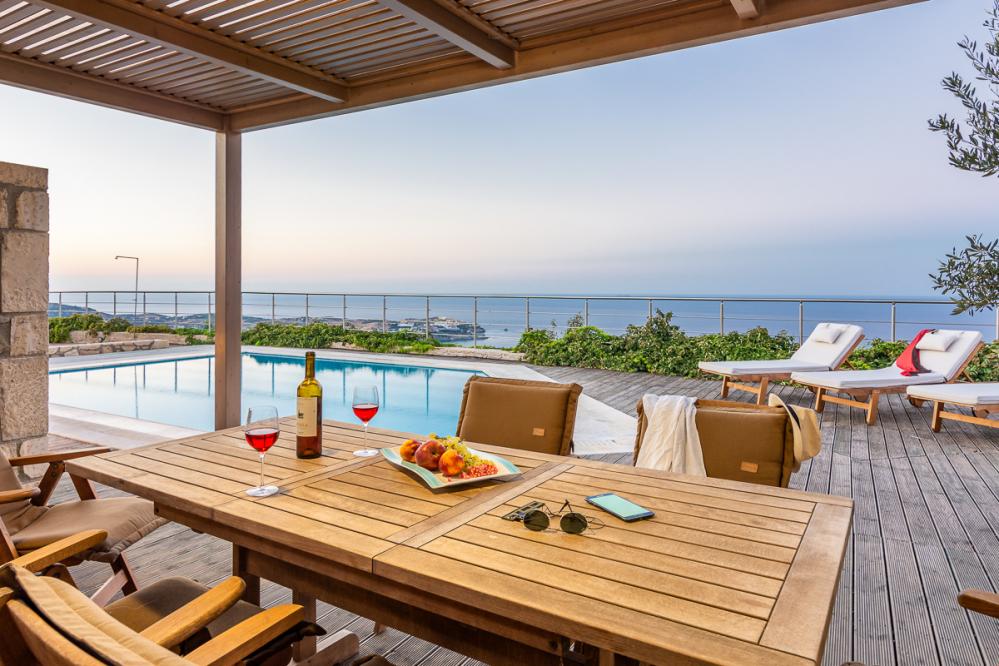 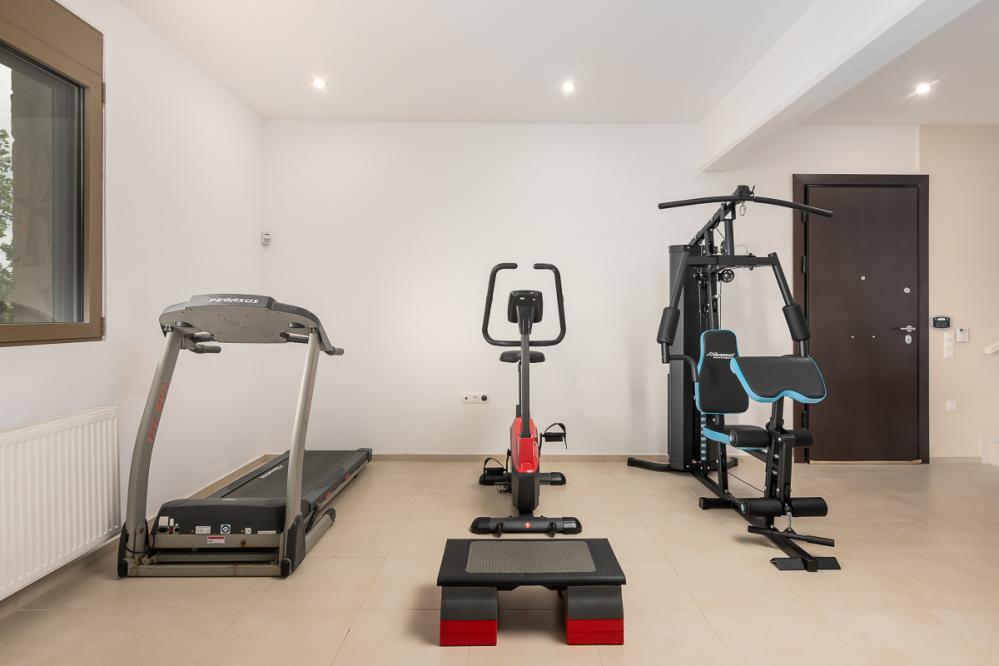 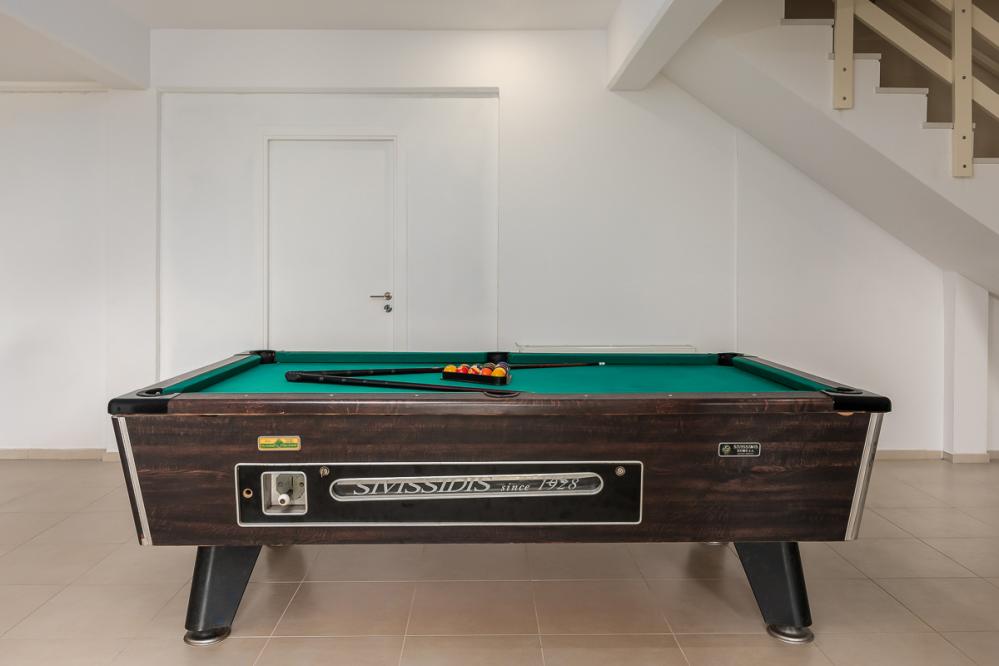 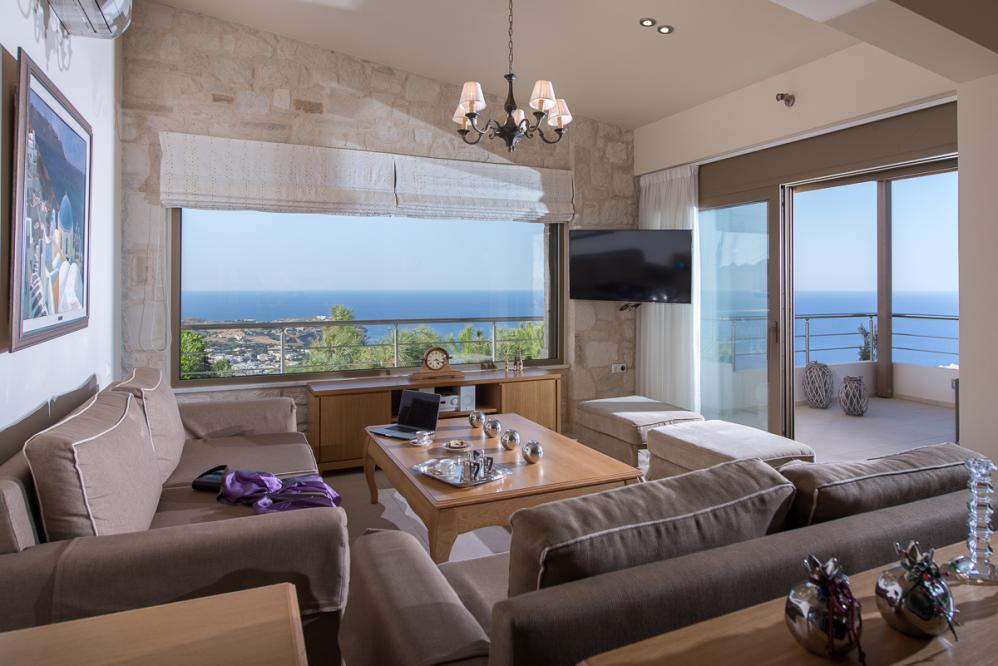 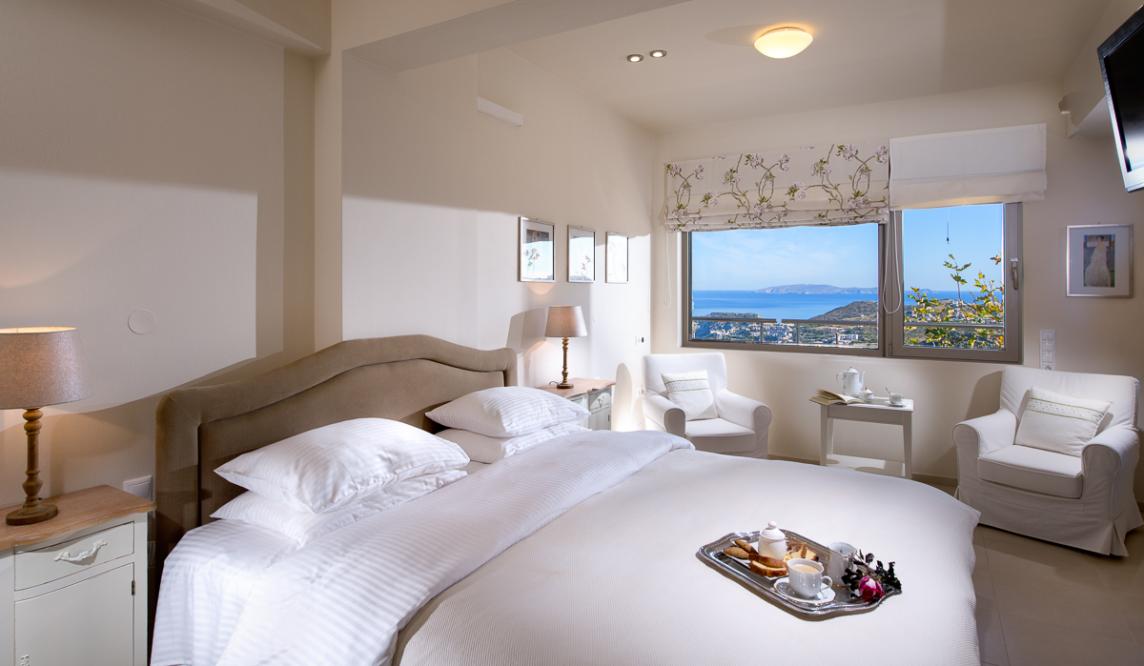 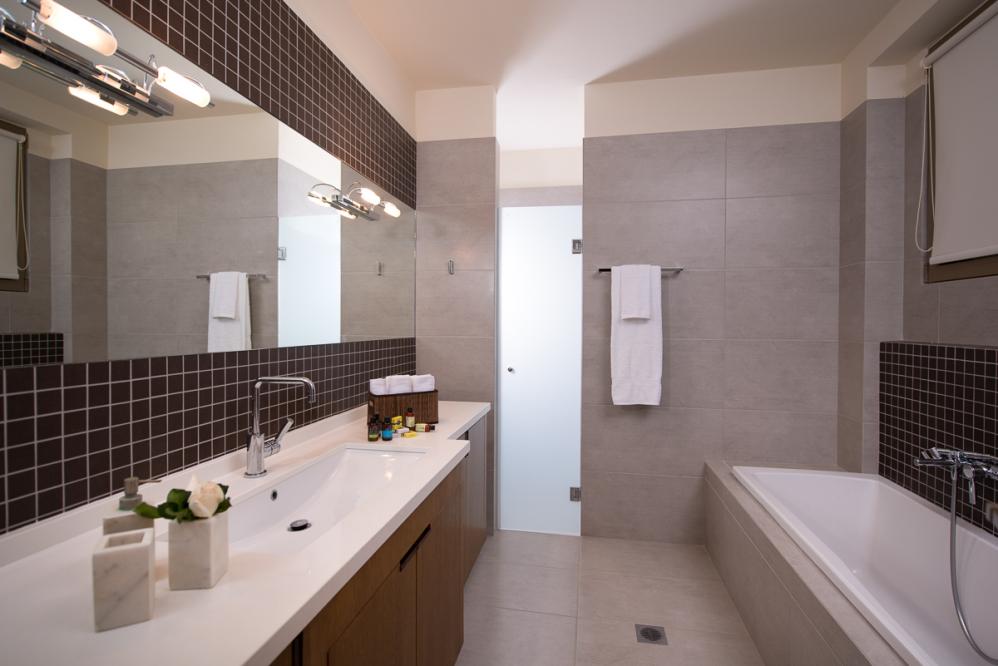 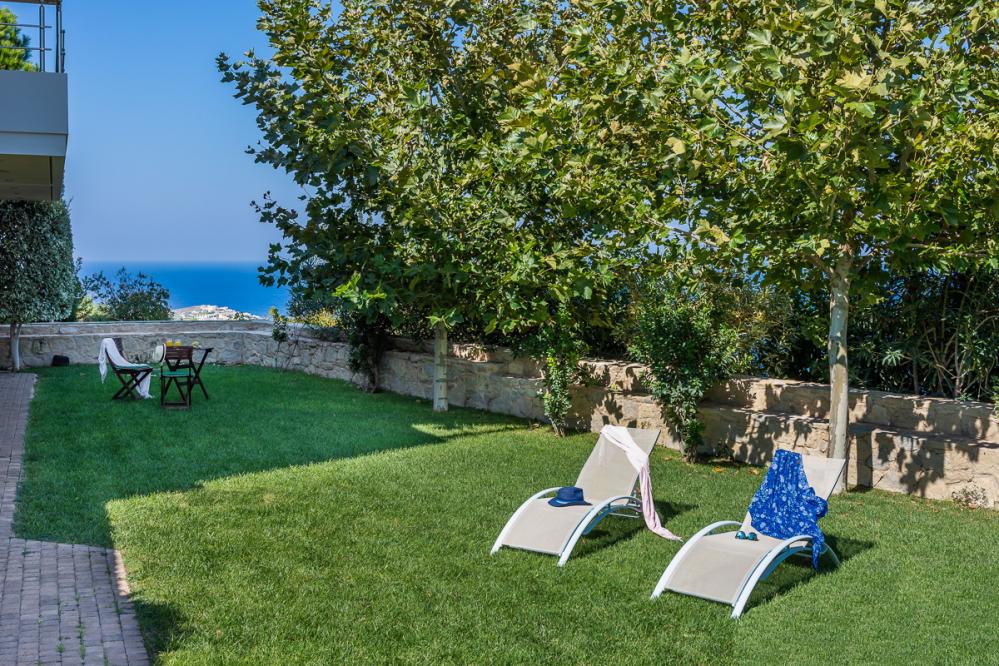 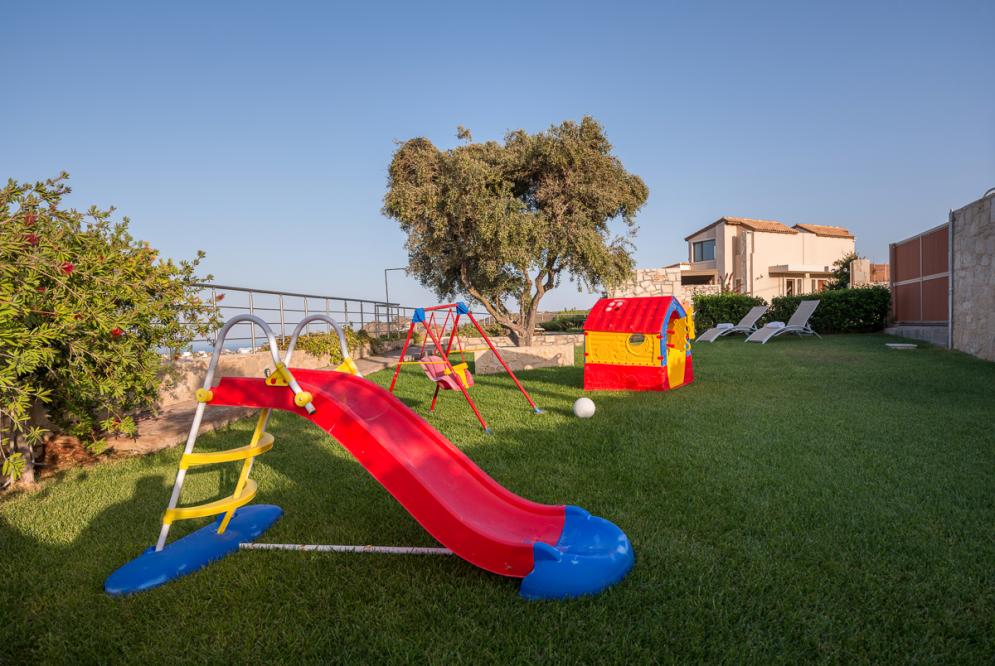 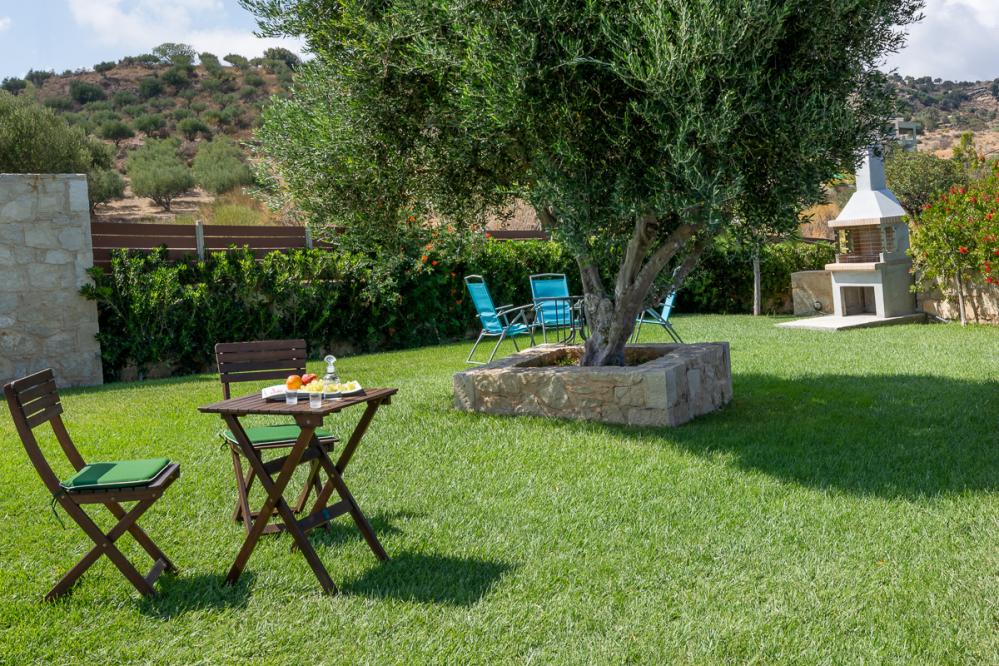 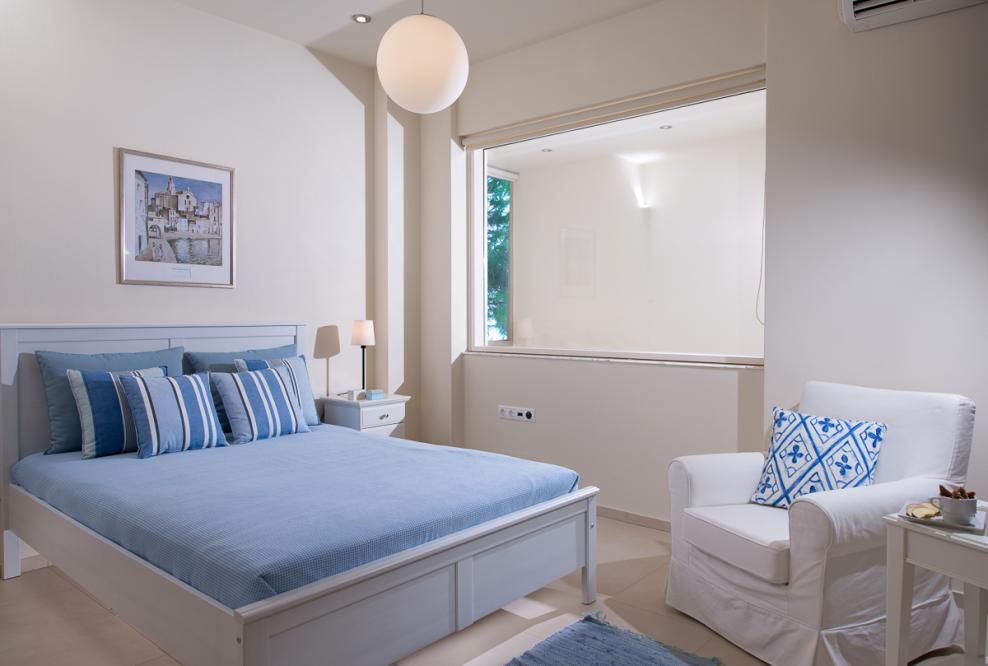 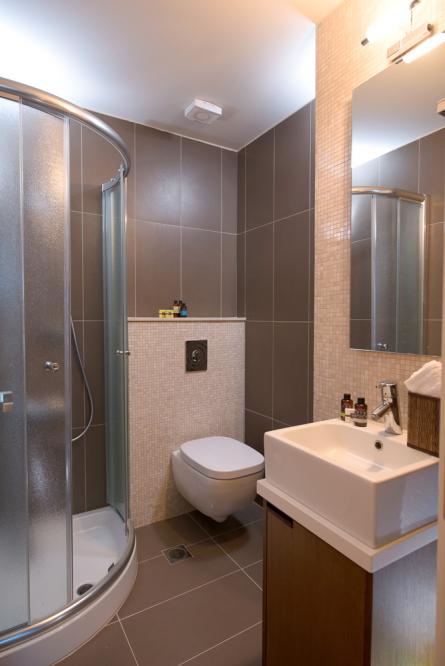 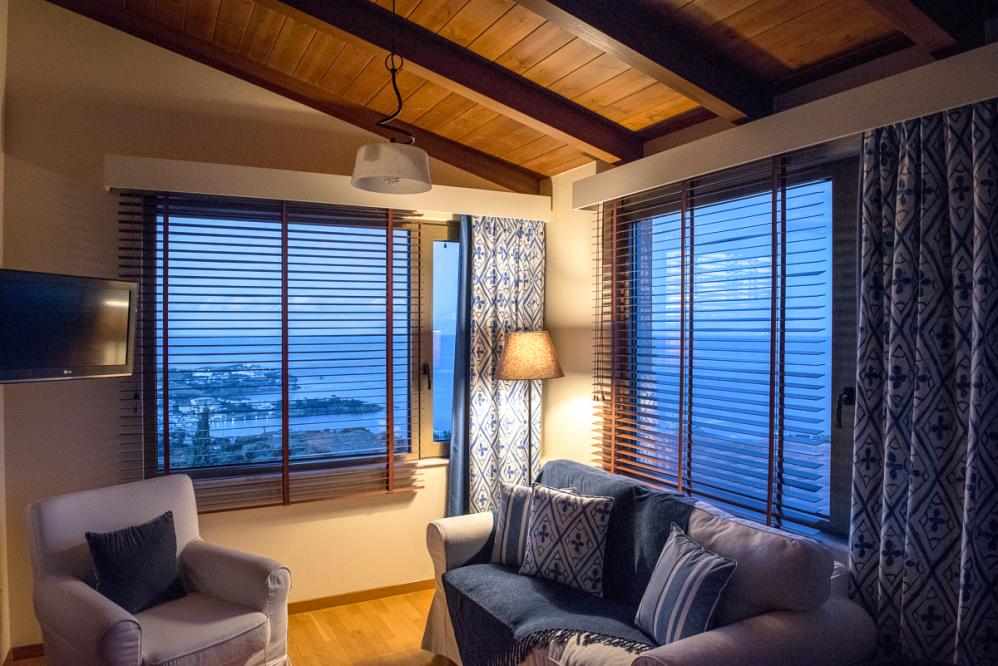 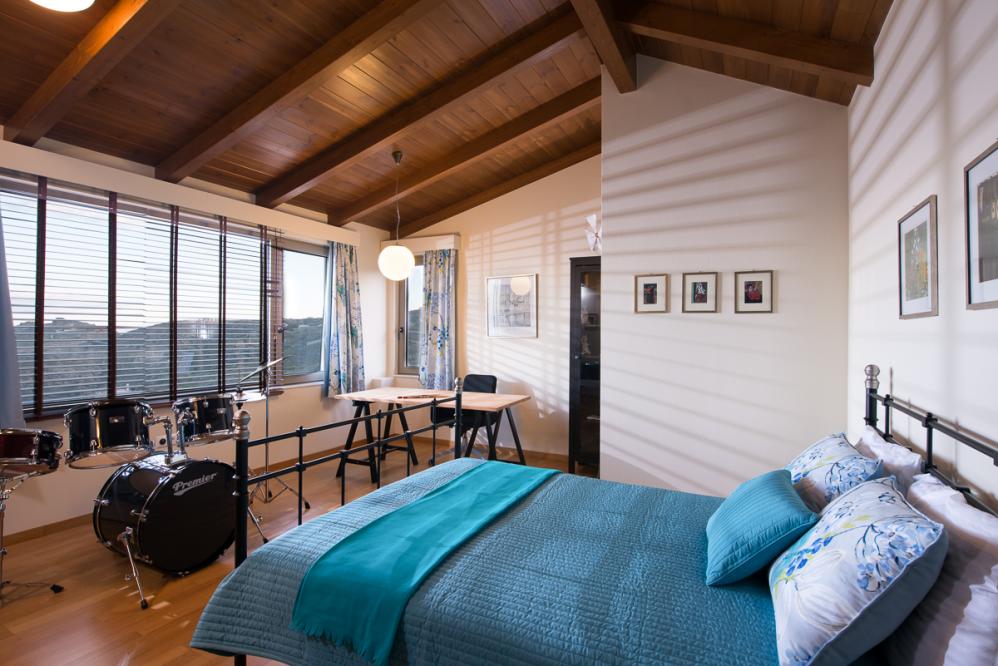 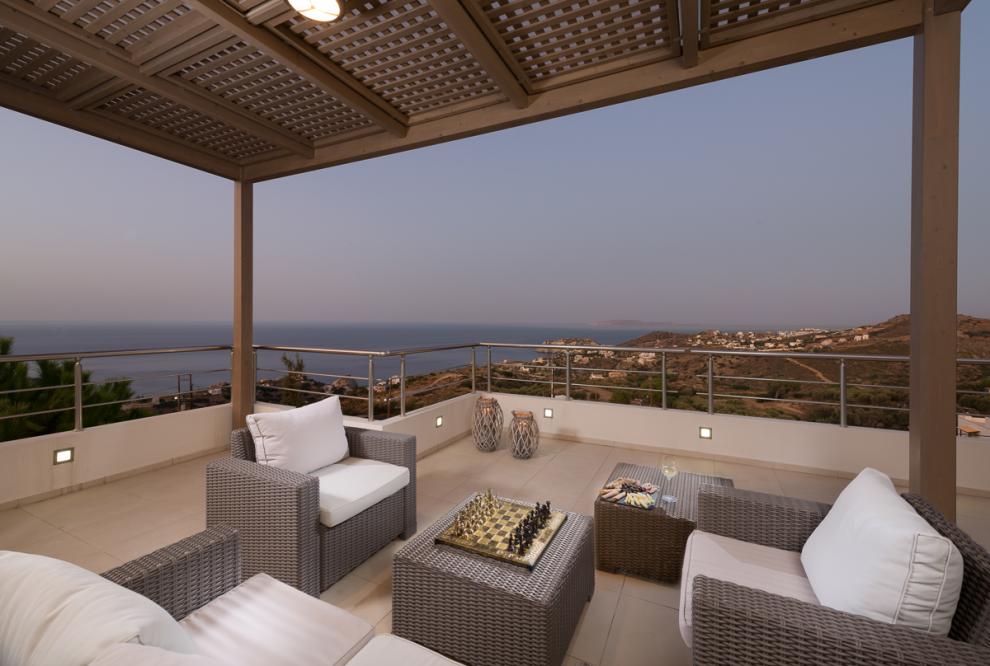 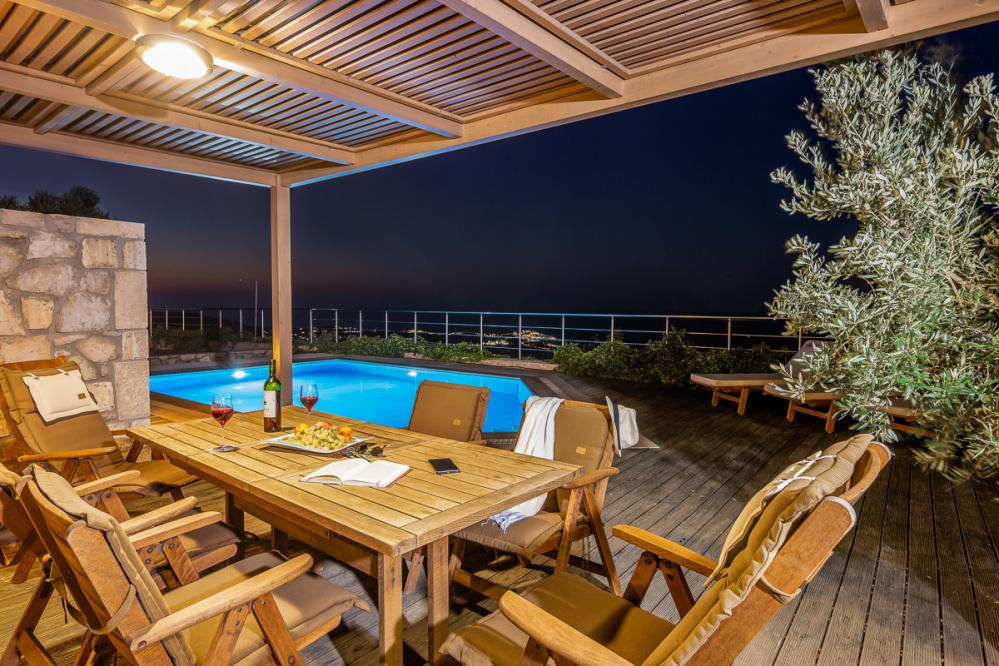 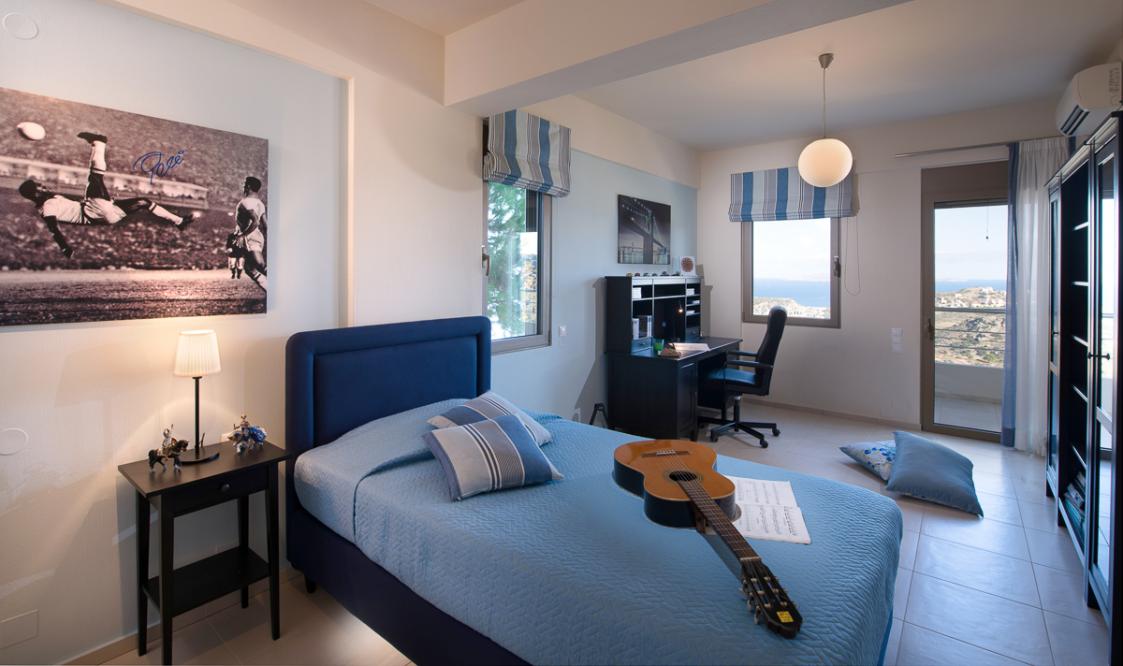 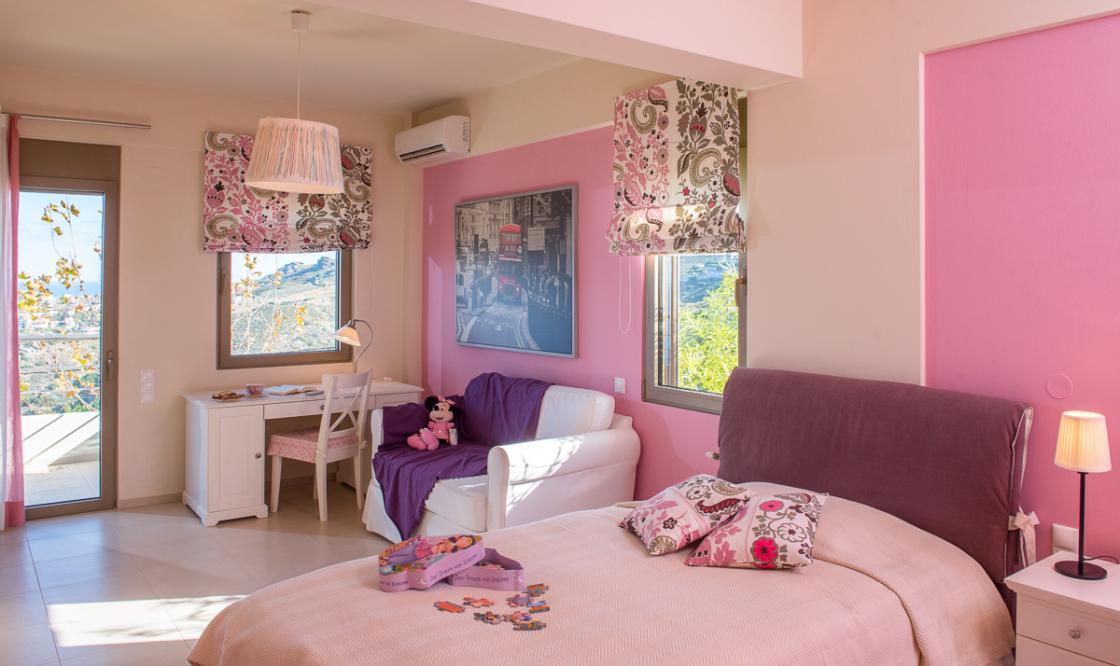 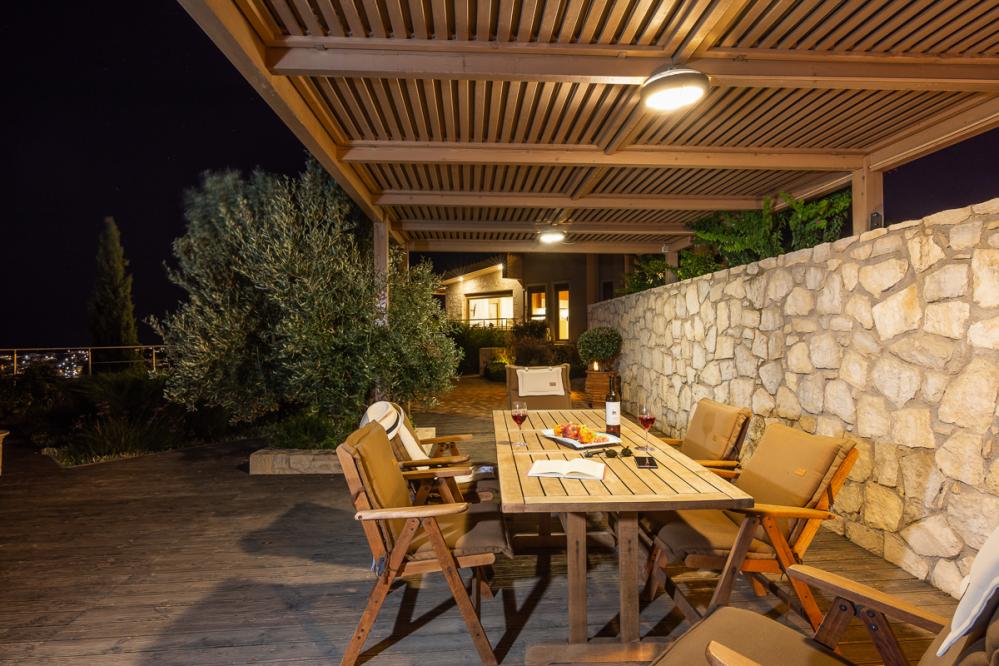 With picturesque gardens, a large private pool and stunning views of the Agia Pelagia Bay, Villa Popi is the ultimate island oasis. Less than half an hour from ...

With picturesque gardens, a large private pool and stunning views of the Agia Pelagia Bay, Villa Popi is the ultimate island oasis. Less than half an hour from the capital city of Heraklion, the villa is ideally placed to discover the best of Crete’s historic towns, sandy beaches and relaxed fishing villages.

Sleeping up to 11 guests across five bedrooms, the villa offers ample amounts of space over several floors. Each bedroom is spacious and bright whilst the master bedroom with en-suite bathroom offers spectacular views of the rugged coastline and strikingly blue Cretan sea.

The living room with its pristine white walls, large windows and patio doors is filled with natural light, which combines with soft furnishings and neutral tones to create a calm and fresh feel throughout. Gather around the fireplace and relax on the comfy sofas in the evenings as you watch the sunset over the bay beyond.

The superb views can also be enjoyed from the villa’s terraces and gardens. Whether dining al-fresco under the shade of a pergola, soaking up some sun from a lounger or firing up the barbecue, you’re guaranteed never to tire of the beautiful scenery as well as the surrounding greenery and olive groves. The swimming pool provides the perfect means of cooling down after spending time in the sun and little ones will love splashing around for hours on end!

A handful of sheltered coves and picturesque beaches are dotted along the coast, including the popular beach at Agia Pelagia. Boasting soft sand, deckchairs, umbrellas and calm blue waters, this beach is a firm favourite with families. Try your hand at various watersports including jet skiing, scuba diving and snorkeling. You’ll also find plenty of restaurants, local tavernas and several shops in the village at Agia Pelagia.

Visit nearby Heraklion and discover its bustling markets, lively nightlife and vibrant atmosphere. This historic city also brags impressive architecture, including the Palace of Knossos and the ancient port from which various boat trips depart, allowing you to uncover more of this beautiful island.

Surrounded by olive groves and rolling countryside, Villa Popi enjoys panoramic views from its hilltop perch above the bay of Agia Pelagia. There are several beaches within a 15-minute drive of the villa, as well as a handful of villages containing a smattering of cafes, restaurants, shops and bars.

The nearest beach is Ligaria which features white sand and crystal clear waters. There are sun loungers and umbrellas for hire and a range of different water sports to try as well as a scuba diving school. Relaxed beach bars and a restaurant serving delicious seafood make it easy to spend the whole day here.

The charming fishing village of Agia Pelagia sits a little further along the coast, filled with tavernas, boutiques, cafes and a fantastic market. The stretch of sandy beach here is incredibly scenic and popular with locals and holidaymakers alike. When not relaxing on a deckchair or dining in one of the beach bars, jet skiing is a fun way to whiz around the bay while the clear waters lend themselves to some excellent snorkeling and diving.

The pebbly beaches at Psaromoura and Mononaftis are slightly less crowded but equally as idyllic, with turquoise waters and rocky cliffs providing welcome shelter. Mononaftis is the rockier of the two, making it particularly good for fishing.

The city of Heraklion is just a 30-minute drive from the villa. It’s a fantastic example of both the Venetian and Byzantine architecture that contribute to Crete’s rich culture. The Archaeological Museum is worth a visit, as is the Palace of Knossos, which is found on the outskirts of the city. This archaeological site provides a fascinating insight into Minoan civilization and is one of the oldest palaces in Europe. The Fortress of Koules is just as impressive, and was built by the Venetians after they conquered the city in the 13th century.

Various boat trips depart from the harbour at Heraklion. Take a yacht, rib or catamaran to the nearby deserted island of Dia and stop for some snorkeling along the way or venture further afield to the beautiful island of Santorini.
A great selection of restaurants and bars can be found in Heraklion as well as a handful of nightclubs. For those seeking big names DJs and huge parties, the coastal town of Malia is less than an hour’s drive from the villa.

Villa Nikos is an ideal choice for families with children thanks to its fantastic outdoor space whic...

Villa Nikos is an ideal choice for families with children thanks to its fantastic outdoor space which includes a play area with a slide and swing. Kids will love splashing about in the pool and running around the gardens or spending time in the playroom full of toys. There’s also a pool table inside the villa - why not challenge the whole family to a game?

The surrounding area is also perfectly suited to families, with its sandy beaches, ancient sites and plethora of activities on offer. Enjoy an idyllic day trip to the nearby beach at Agia Pelagia, with its azure waters, white sand and sheltered climate. A handful of restaurants and beach bars are dotted along the beach, serving delicious traditional and international cuisine. Kids can swim and snorkel in the calm, crystal-clear sea or try their hand at watersports including jet skiing.

There is a scuba diving school at Ligaria beach and older children are sure to delight in the chance to try this thrilling and unique experience.
The Archaeological Museum in Heraklion is fascinating, as is the Historic Museum of Crete. The impressive ruins of the Palace of Knossos, one of the oldest palaces in Europe, will capture the imagination of kids and parents alike, with archaeological site providing a glimpse into ancient Minoan civilization. 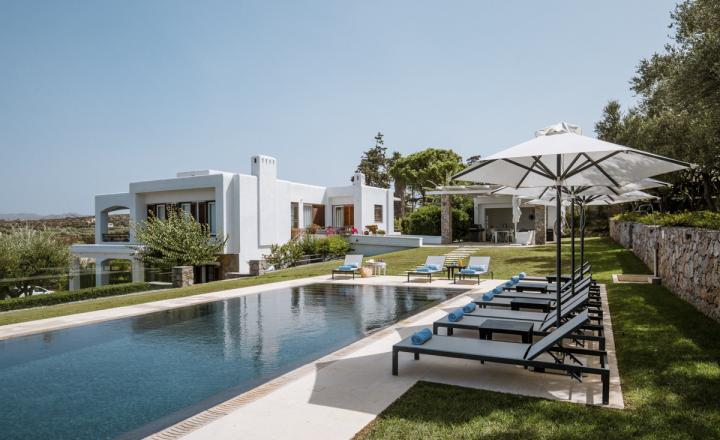 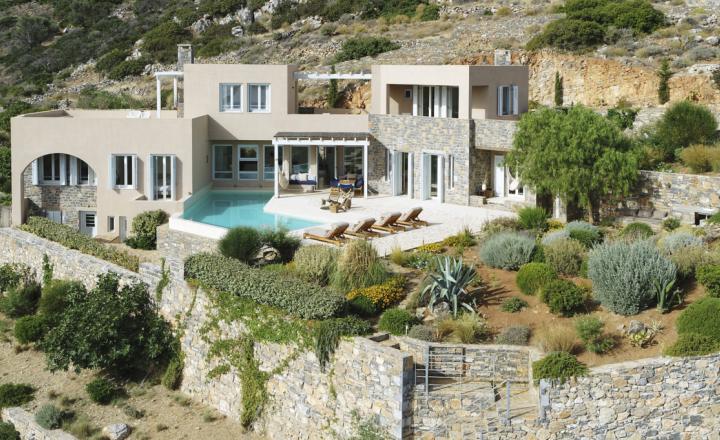 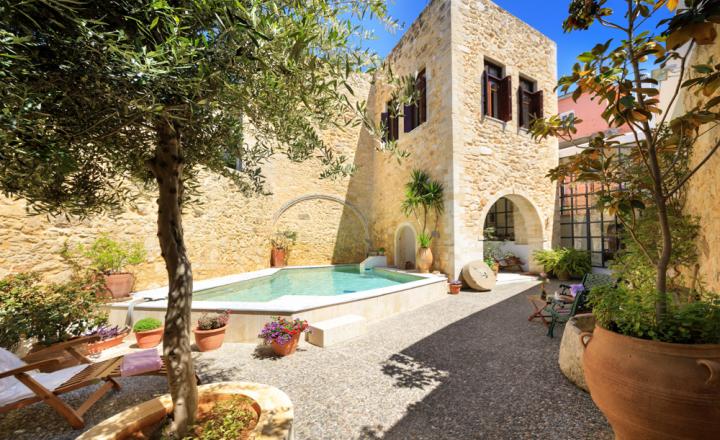 Ask a question about Villa Nikos