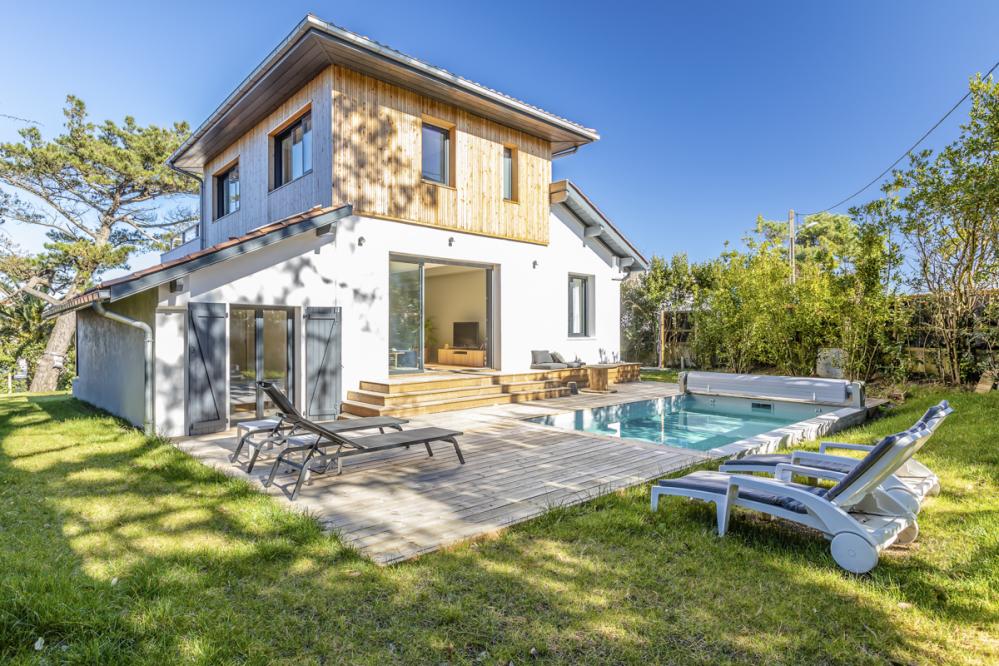 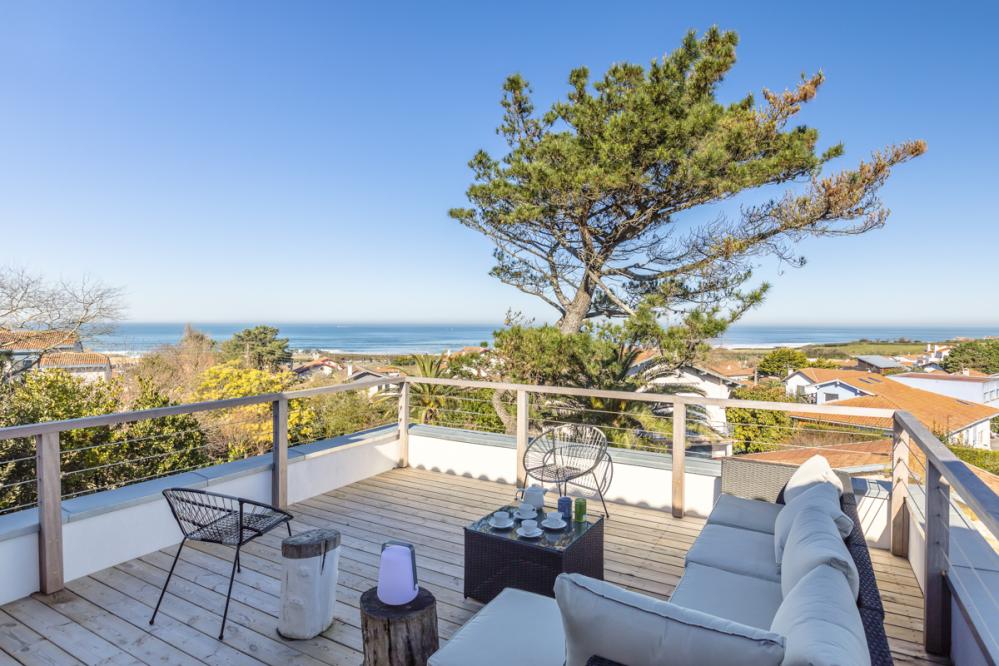 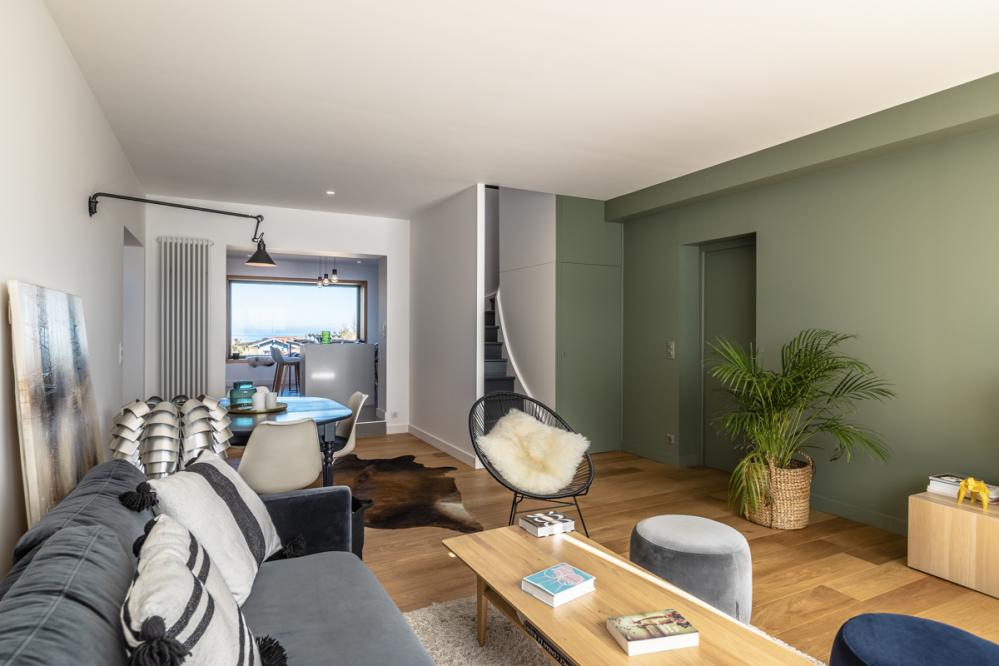 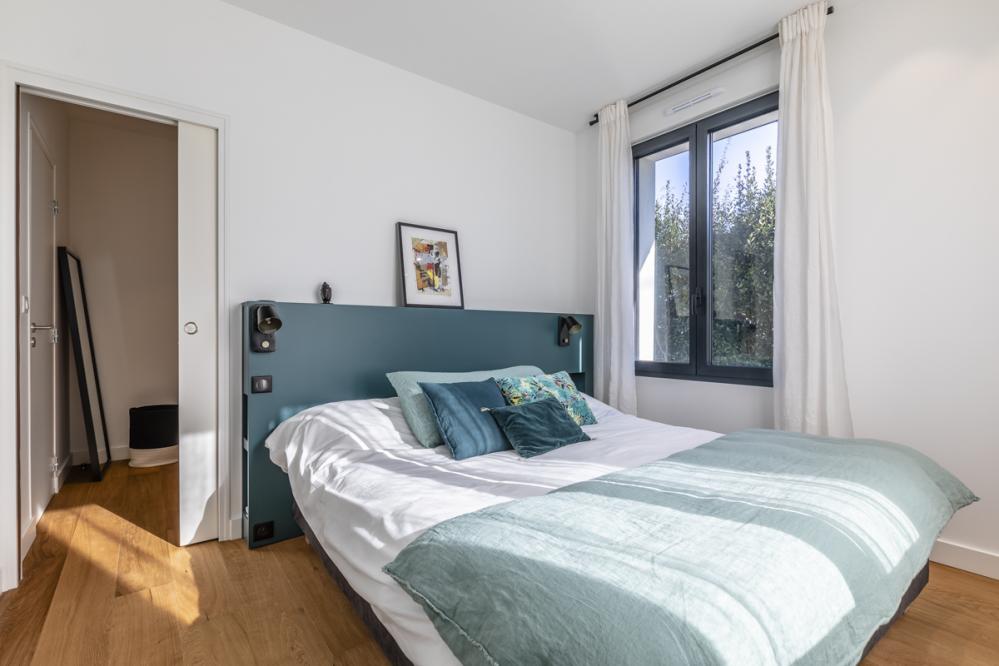 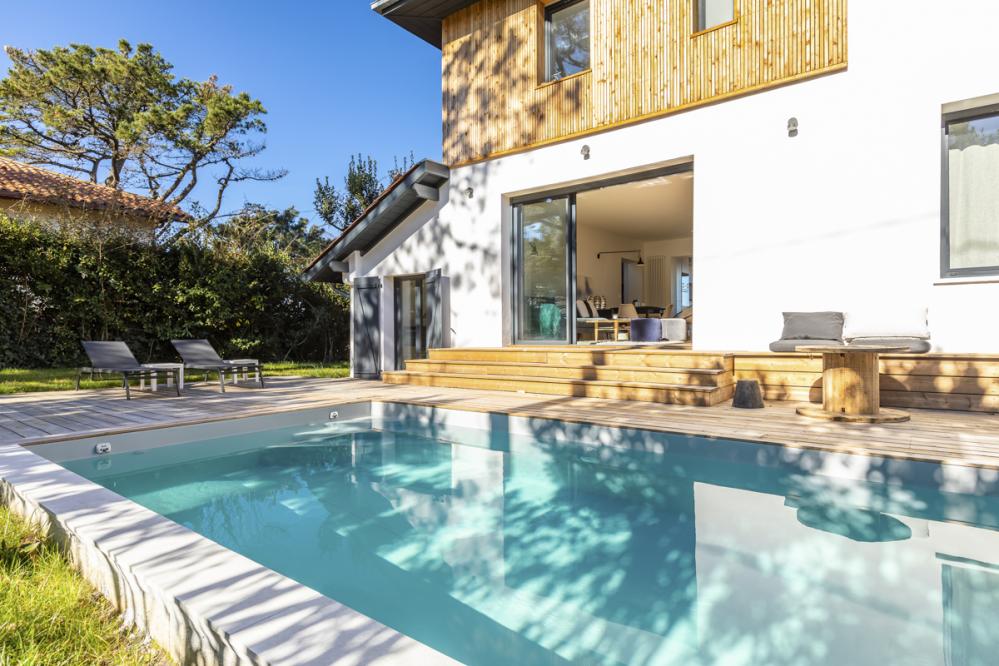 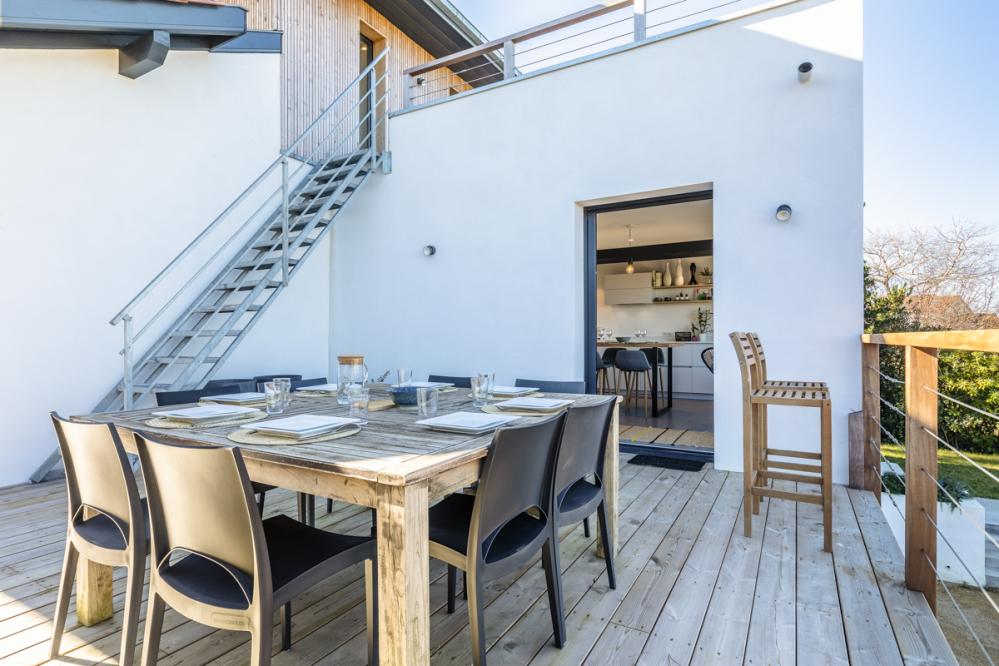 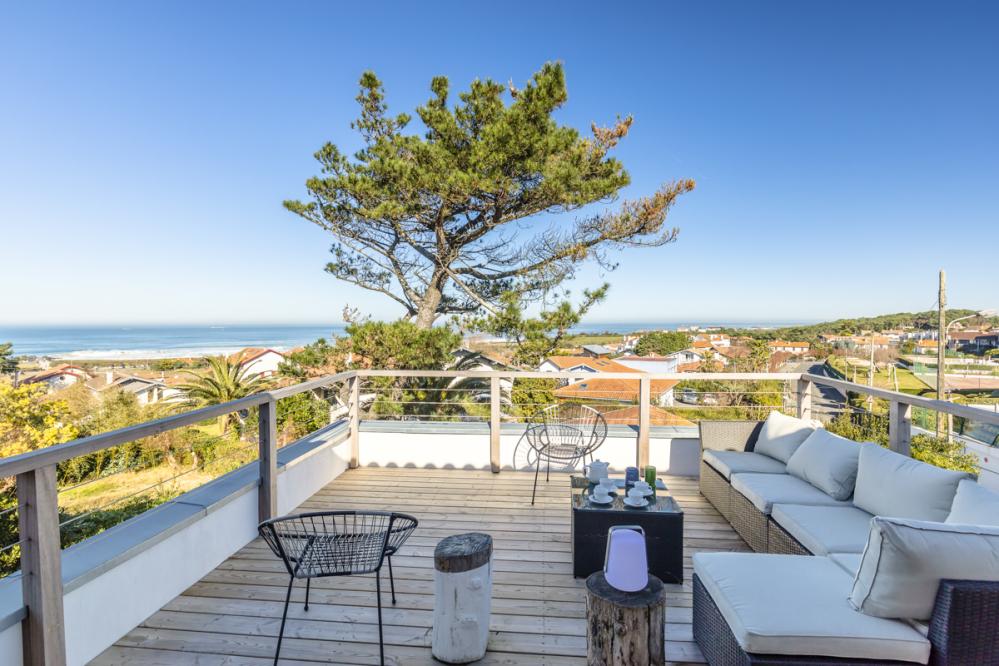 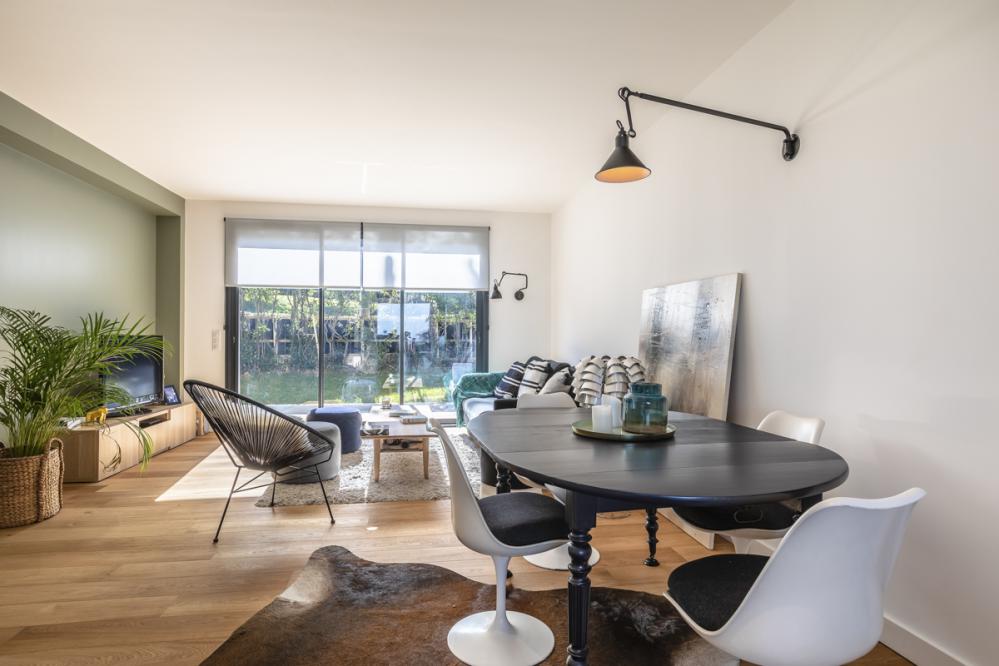 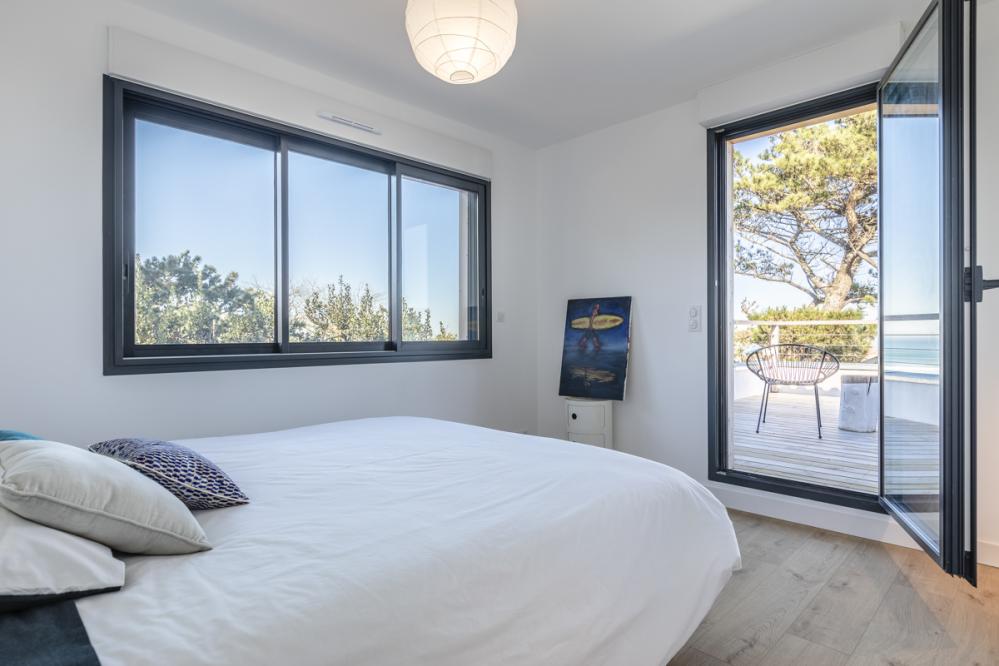 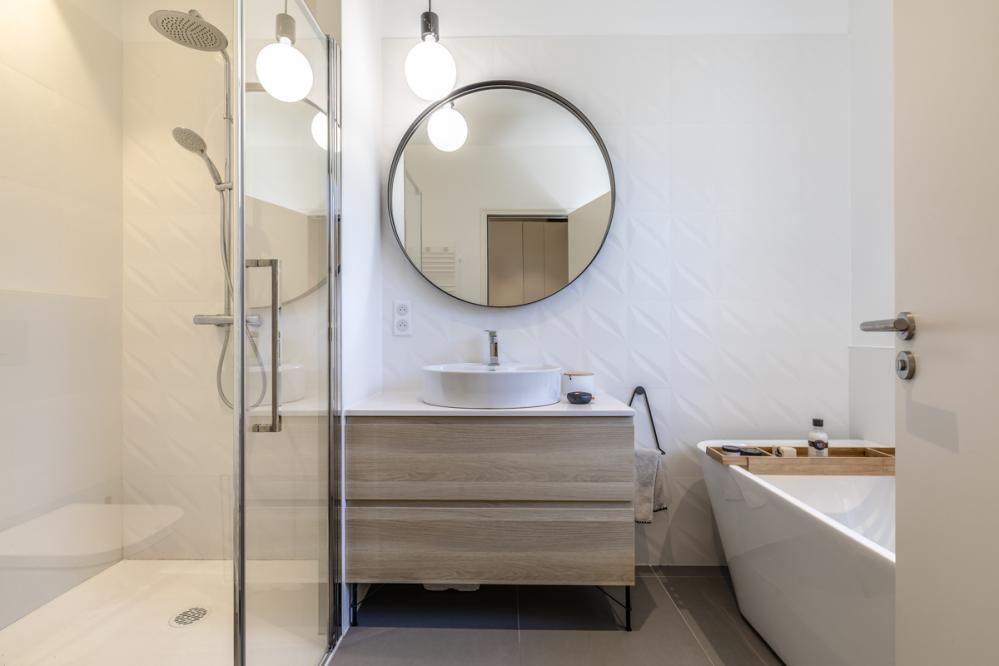 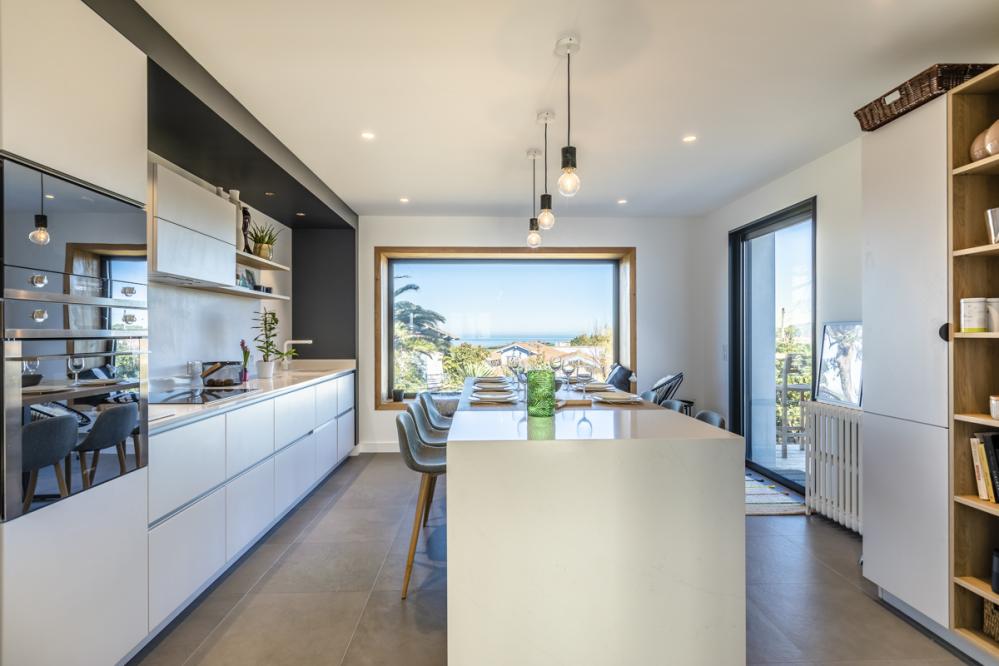 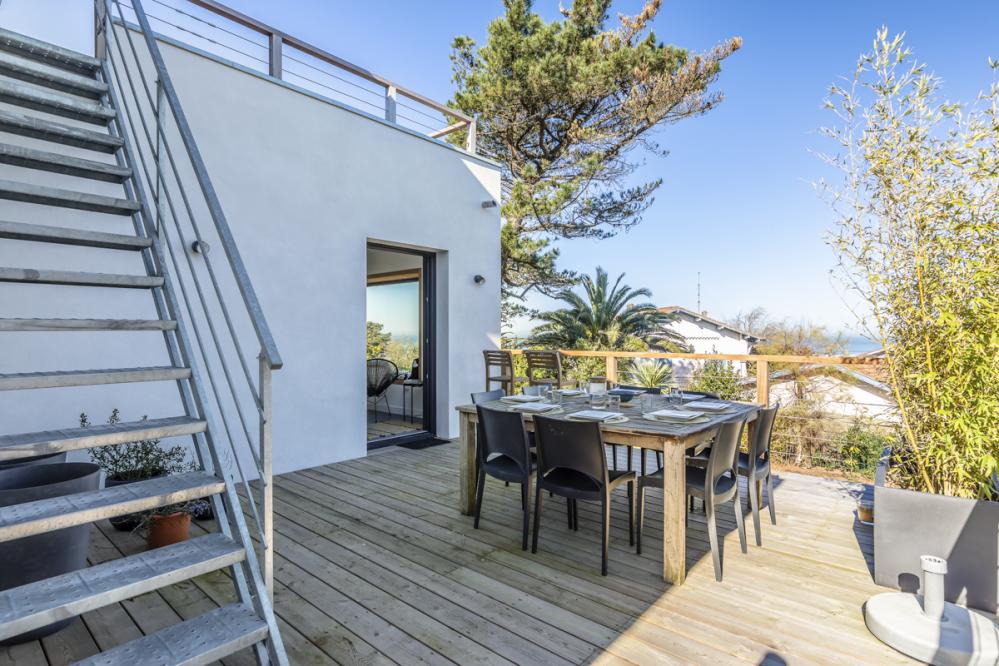 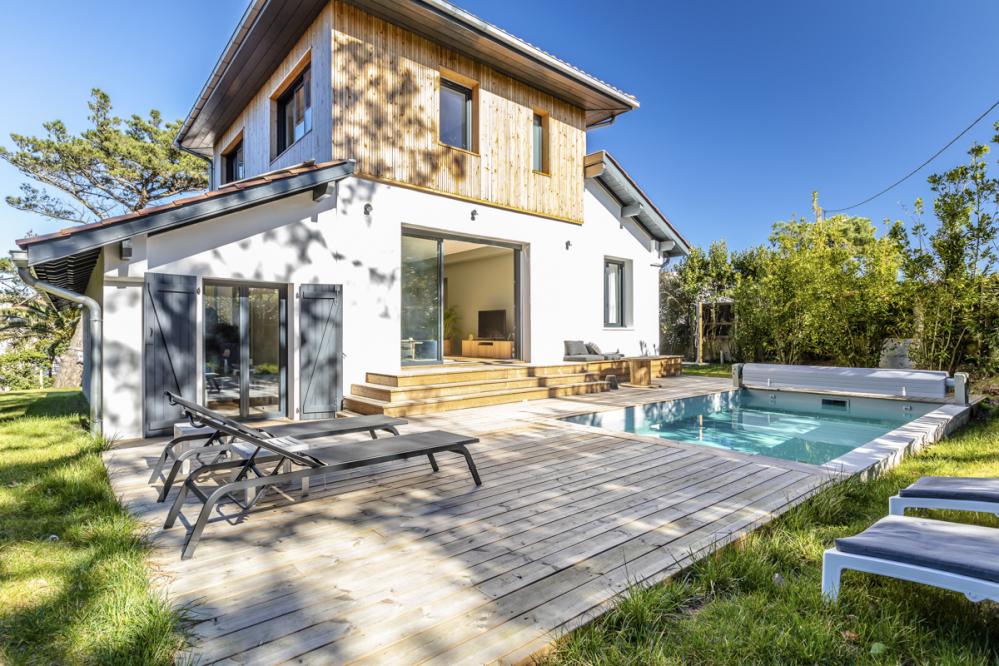 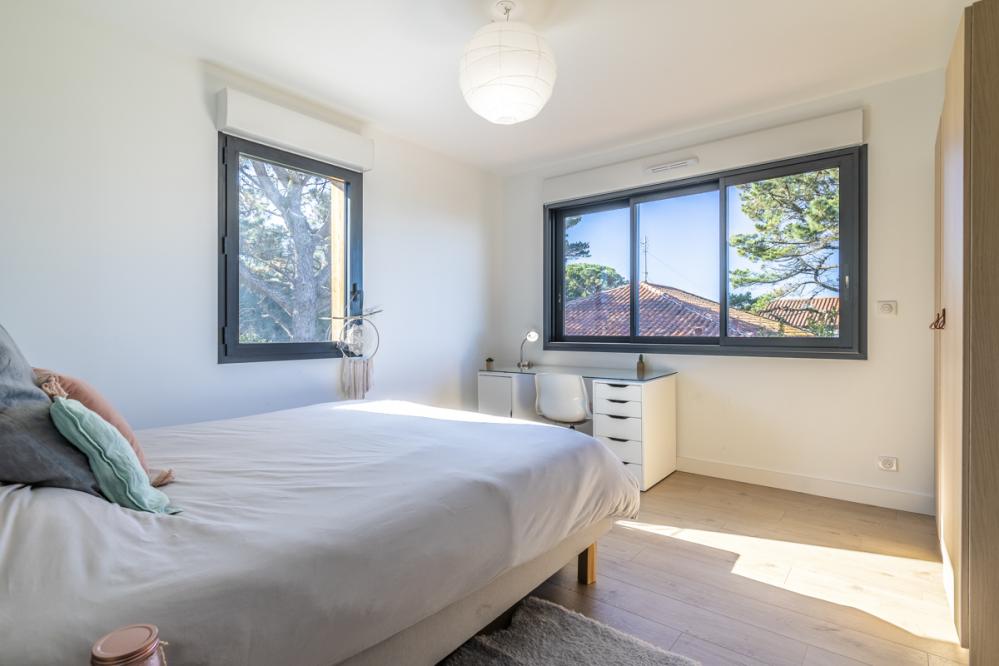 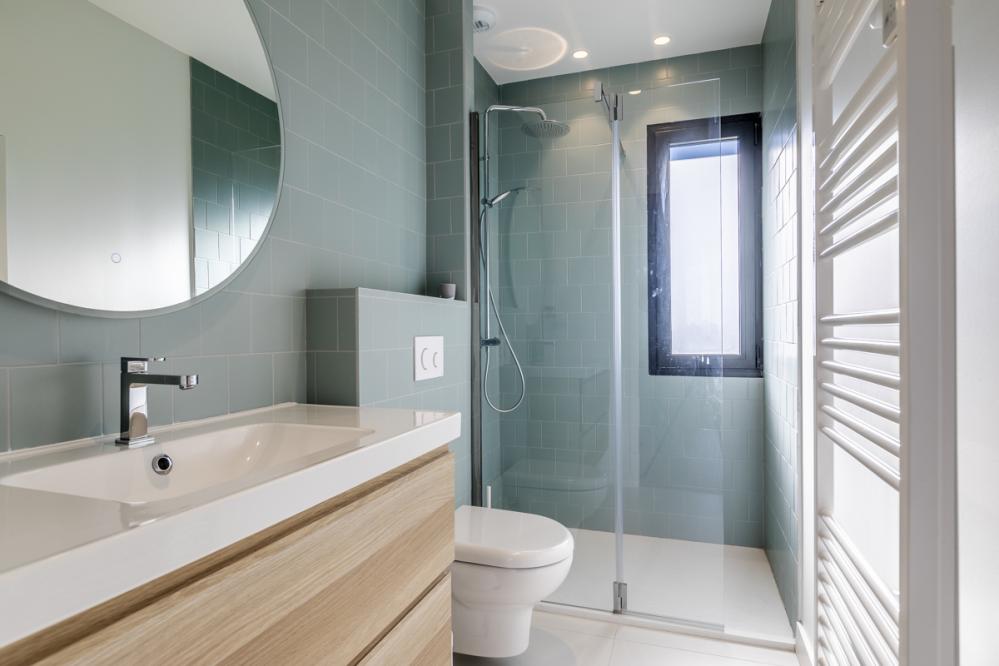 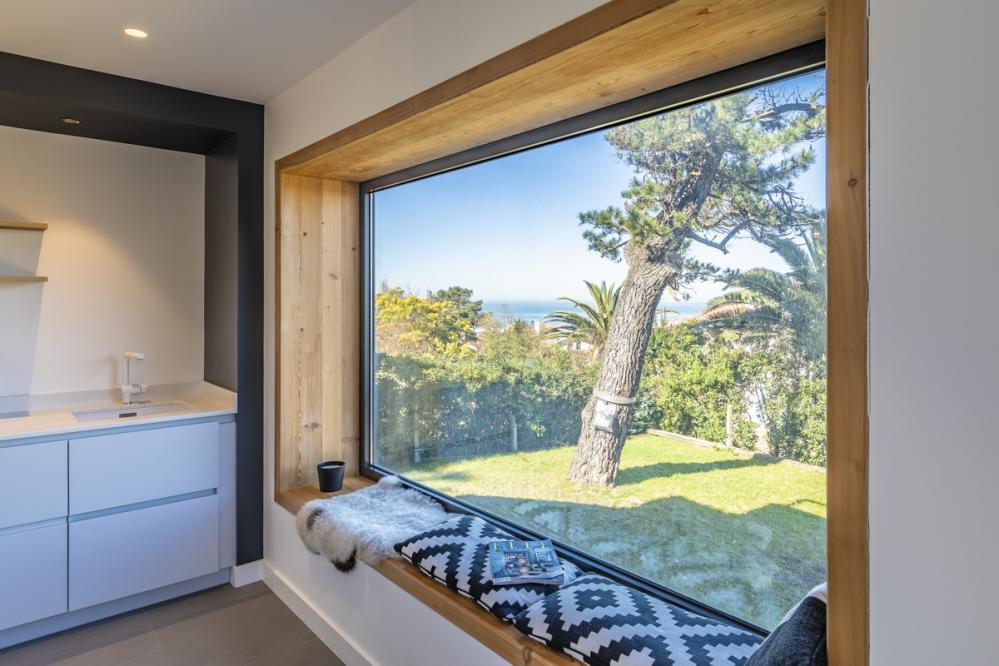 Incredible vistas across rooftops, pines and palm trees towards the golden sands of the Anglet beaches are a feature of this contemporary and recently renovated...

Incredible vistas across rooftops, pines and palm trees towards the golden sands of the Anglet beaches are a feature of this contemporary and recently renovated villa.

Its four comfortable bedrooms are just perfect for seven guests. The lucky occupant of the single bedroom enjoys access to the swimming pool and one of the double bedrooms upstairs has its own private terrace. It’ll be hard to decide whether to dine in the kitchen with its huge window framing the beautiful view or to sit outside on the downstairs terrace as you watch the sun set over the ocean.

Villa D’Or is so conveniently situated with beach, restaurants and shops within walking distance and Biarritz just a short drive away. One of the nearest beaches, Sables d’Or, is lined with bars, restaurants and shops and hosts events throughout the summer with volleyball on the beach and spotlights to admire the waves at nightfall. If you would like to watch how the professional surfers compete, head to Les Cavaliers. There are Surf schools nearby on Madrague beach and Plage des Corsaires. Golfers will love the nearby Golf Chiberta which surrounds Ocean beach and provides spectacular views of the ocean.

The lure of glitzy Biarritz is just a few kilometres away with its Art Deco style buildings and the amazing markets of Les Halles de Biarritz. Villa D’Or is also very near the pretty city of Bayonne, capital of the French Basque region, where you can walk around the narrow, cobbled streets admiring the historic architecture or visiting the chocolate factory.

You might also want to explore some of the further wonders of the Pyrénées-Atlantiques region, whether idyllic Basque villages near the majestic mountains, wilder beaches along the coast or pretty seaside villages.

Villa D’Or is situated in a residential area just north of Biarritz in Anglet with the beaches and...

Villa D’Or is situated in a residential area just north of Biarritz in Anglet with the beaches and shops within walking distance and Biarritz (3km) just a short drive away.

There are eleven stunning beaches in the Anglet region, each of which has something different to offer and providing plenty of opportunity for surfing, walking, golfing and cycling. Known as “Little California” they extend over 4.5km of fine sand from la Barre at the Adour Estuary (3.8km) to Chambre d’Amour (800m), situated at the base of the majestic Cap Saint Martin cliff with its famous lighthouse.

One of your nearest, Sables d’Or (700m), is lined with bars, restaurants and shops and hosts events throughout the summer with volleyball on the beach and spotlights to admire the waves at nightfall. Ocean beach (2.3km) is less accessible but will satisfy your craving for wilderness. If you would like to watch how the professional surfers compete, head to Les Cavaliers (3km). There are Surf schools nearby on Madrague beach (1.7km) and Plage des Corsaires (1km) Golfers will love the nearby NAS Golf Chiberta (2.4km) which surrounds Ocean beach and provides spectacular vistas of the ocean.

Beautiful Biarritz (3km) is an elegant seaside town on the Bay of Biscay in the Pyrénées-Atlantiques region, south-west of France, near the border with Spain. The resort dates back to the mid-19th century when the aristocracy built their summer residences along this part of the coast, including the well-known Hotel du Palais, built by Eugenie, the wife of Napoleon III. She had spent her childhood holidays on the Basque coast and fallen in love with its landscape.

Don’t forget to visit nearby Bayonne (5.6km), one of the most charming cities in the region situated at the confluence of the Nive and Adour rivers. It’s characterised by its narrow, cobbled, medieval streets, 17th century ramparts and half-timbered riverside restaurants. Visit the gothic style Bayonne Cathedral Sainte Marie (5.8km) with its 13th century cloister, Chateaux Vieux (5.7km) and chocolate lovers should not miss L’Atelier du Chocolat (4.4km).

Other coastal areas to visit include the picturesque town of Ciboure (26km) to the south where Matisse once lived and the lively resort of Saint-Jean-de-Luz (21km) with its great sandy beach and plenty of family-friendly activities as well as an abundance of golf courses and lovely walks along the surrounding coastline and hills.

There are also some idyllic Basque villages inland to explore such as two of France’s Plus Beaux Villages; pretty Ainhoa (31km) and Sare (31km), where you can take the old wooden train up to the summit of La Rhune, one of the most dominant peaks of the Pyrénées, where there are some restaurants with incredible views as well as hiking opportunities.

Indeed, this whole region offers an extended range of outdoor activities, such as walking, horse-back riding, fishing, cycling, canoeing and many others including water-sports along the coast.

There are some wonderful beaches for families nearby and the area has become a surfing mecca with en...

There are some wonderful beaches for families nearby and the area has become a surfing mecca with enthusiasts from all over the world attracted to its many kilometres of coastline - there are surfing schools for beginners of all ages with some nearby on Madrague beach (1.7km) and Plage des Corsaires (1km).

The beach at Les Corsaires also has plenty of green space for ball games and kite flying. Plage La Barre (3.8km) is the smallest and quietest beach in Anglet where there is an ice rink, lake, skate park and the beautiful ecological park Izadia, fantastic for the whole family. Port Vieux, (4.8km), near Biarritz main shopping street, is also a quiet sheltered beach, ideal for a gentle paddle and splash.

When you need a break from the water and the sand, a miniature golf course is only a short stroll away. L’Atelier du Chocolat in Bayonne (4.4km), a French version of Charlie and the Chocolate Factory, is guaranteed to delight the kids. Watch the chocolate being made, explore its little museum and treat yourselves from the shop.

In Biarritz you can take the little road-train along the coast with a trip lasting 30 minutes. Real train lovers should head inland to Sare (31km) to catch the old wooden train up to the summit of La Rhune mountain.

If you want to explore further afield, head south to St Jean de Luz (21km) where you’ll find plenty of family-friendly activities such as trampoline parks, mini golf and another road-train to beautiful sandy beaches featuring playgrounds and games.

At Oliver’s Travels we pride ourselves on going that little bit further for our guests. F...

- 10 hours of maid service per week

Ask a question about Villa D'Or