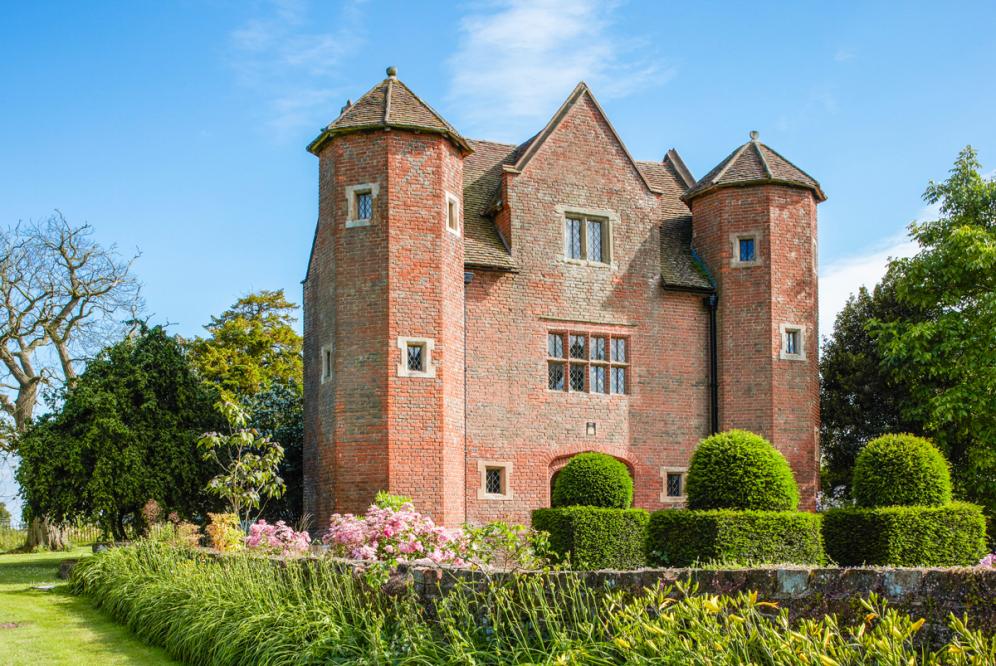 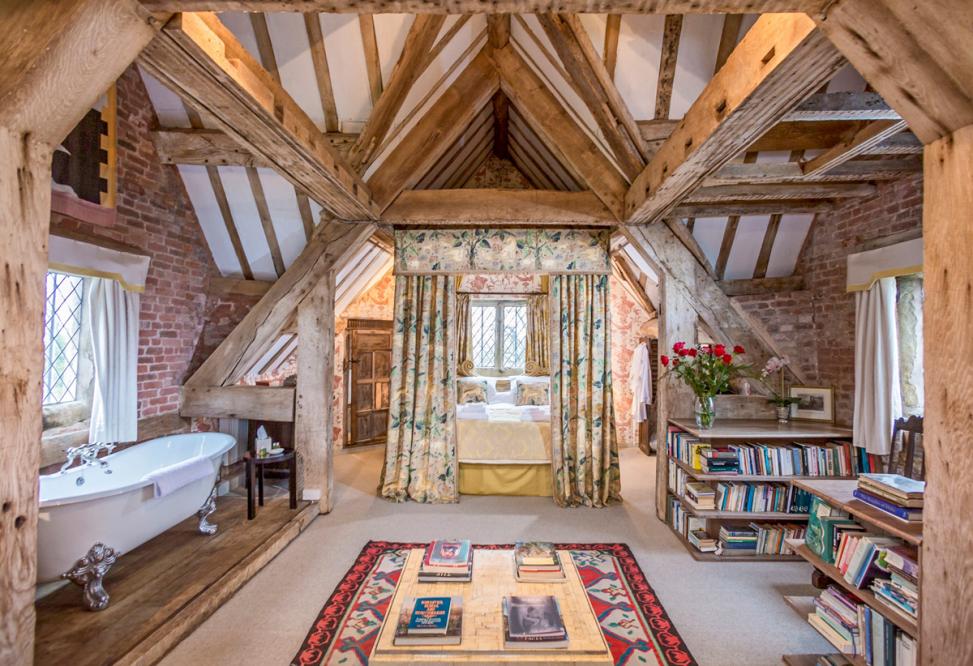 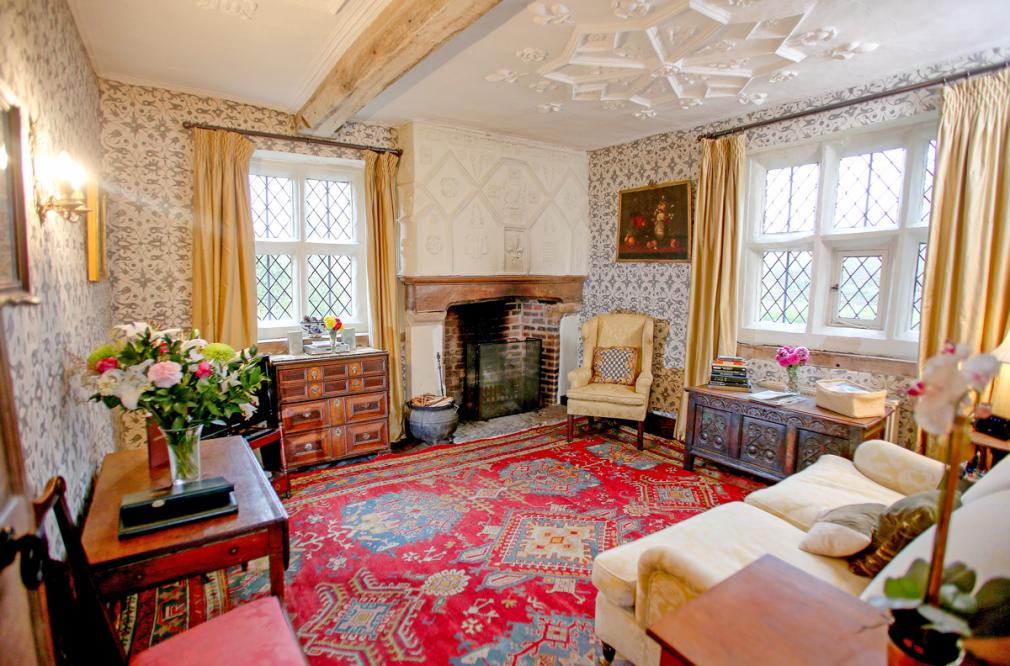 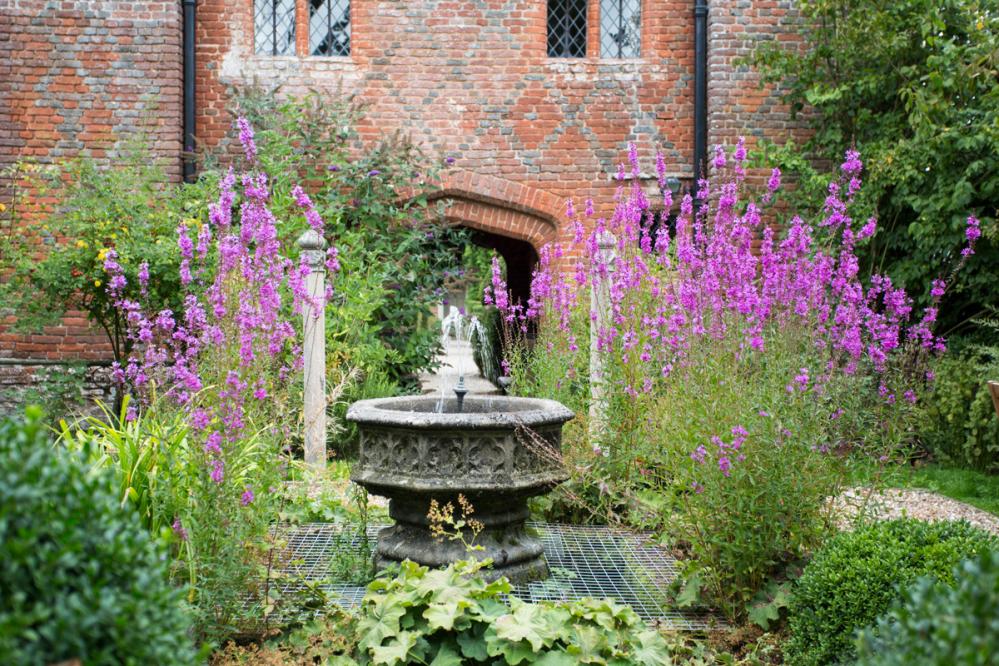 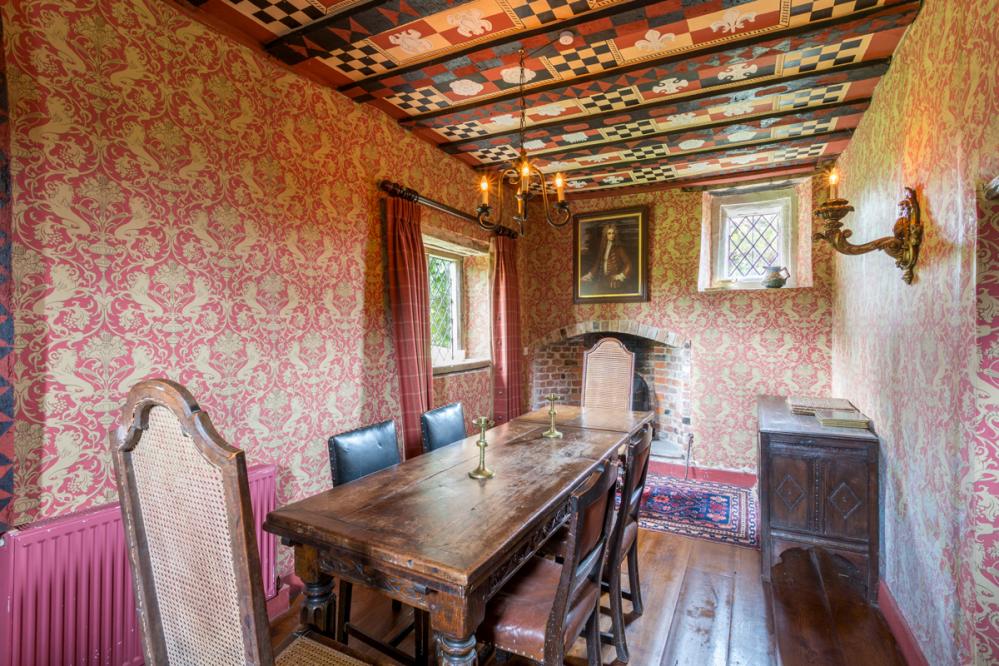 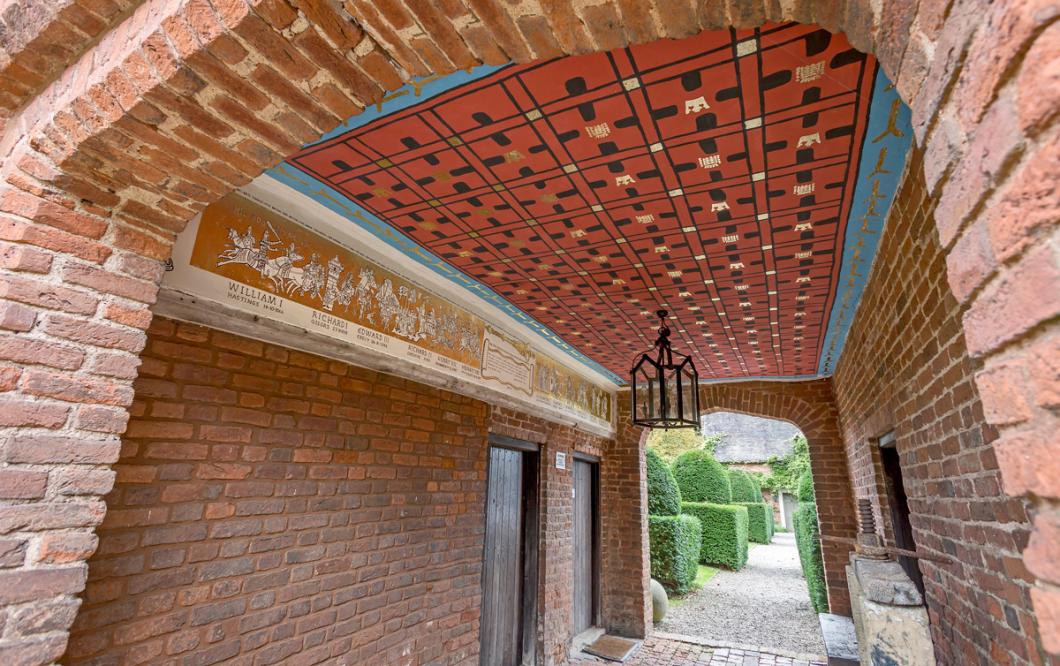 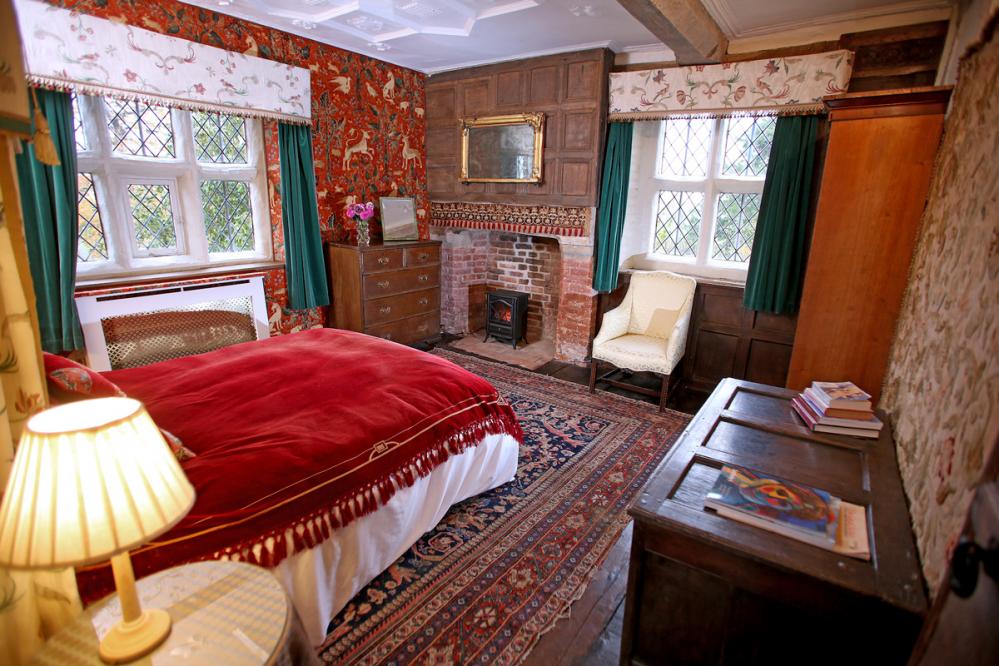 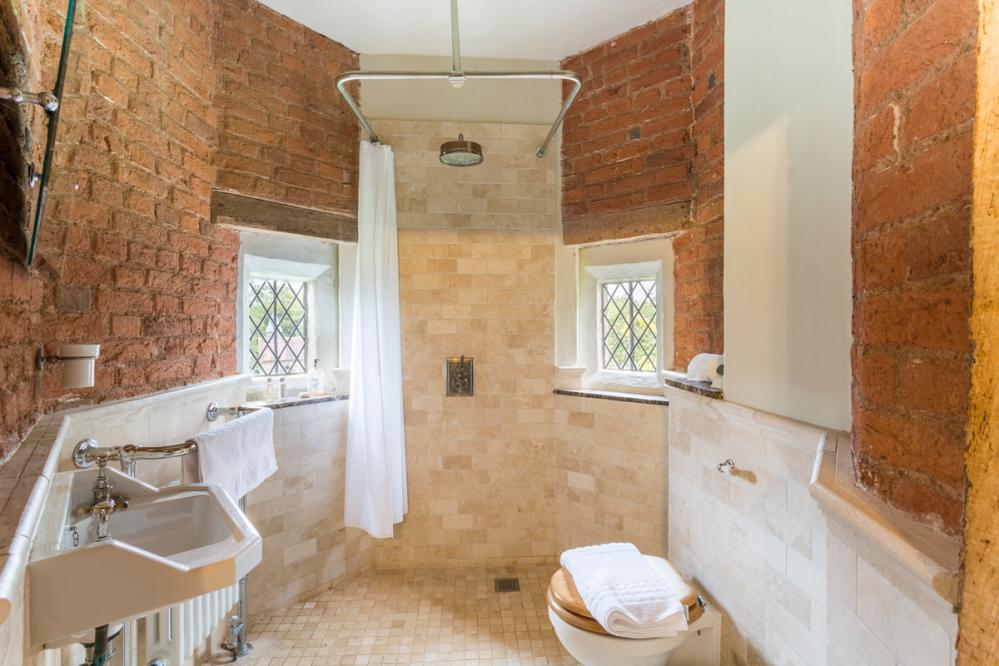 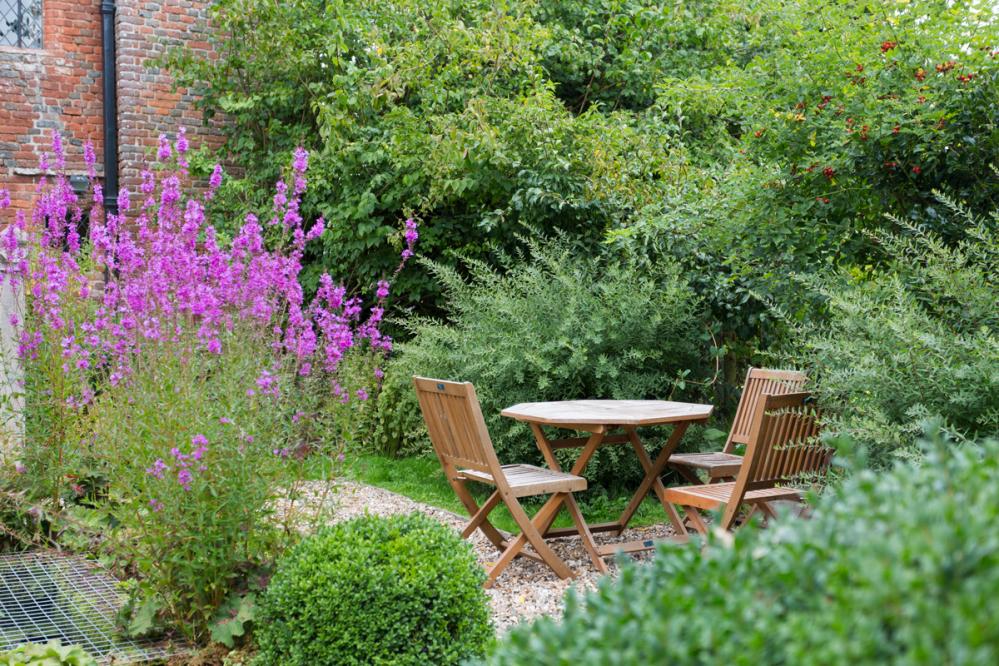 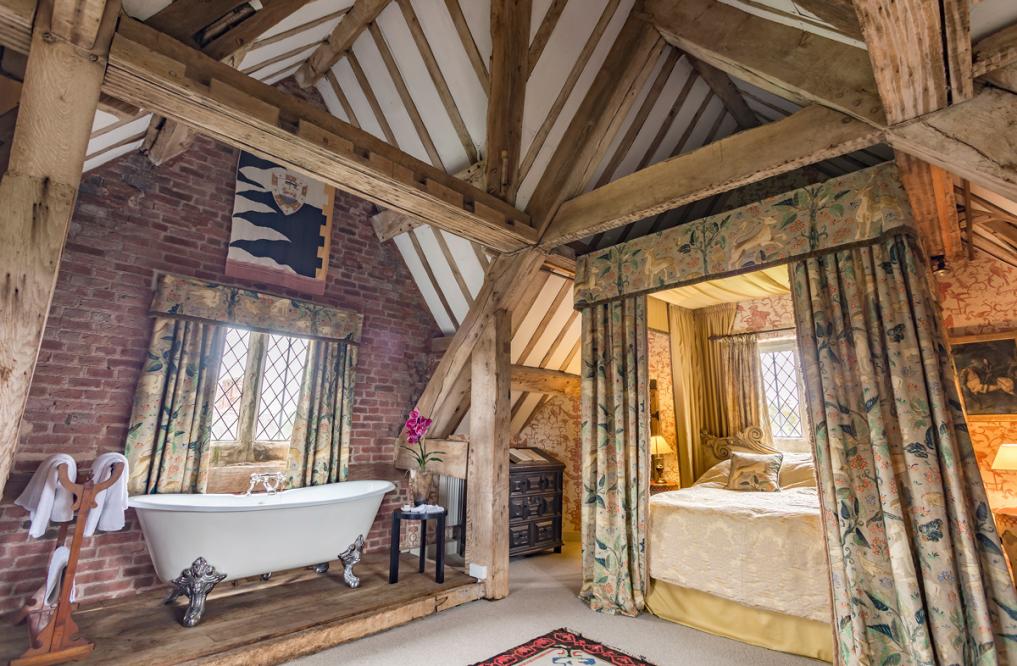 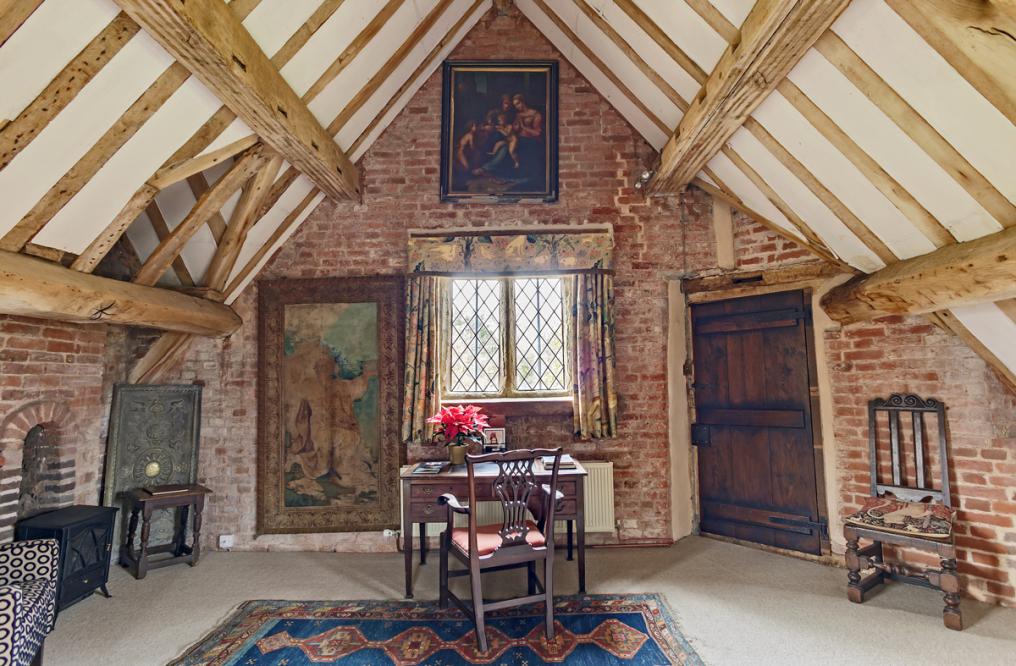 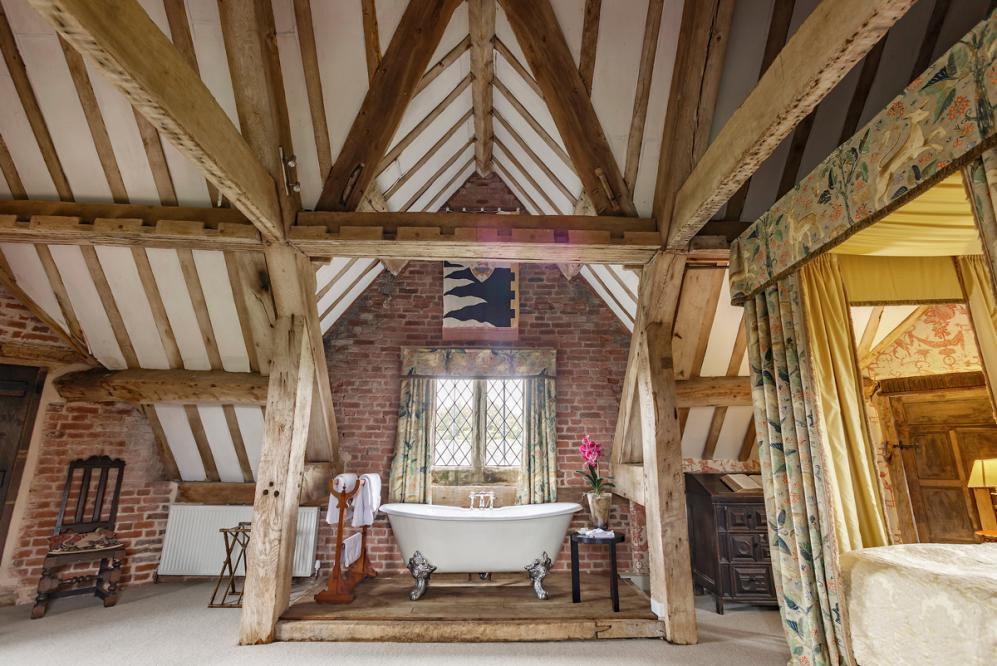 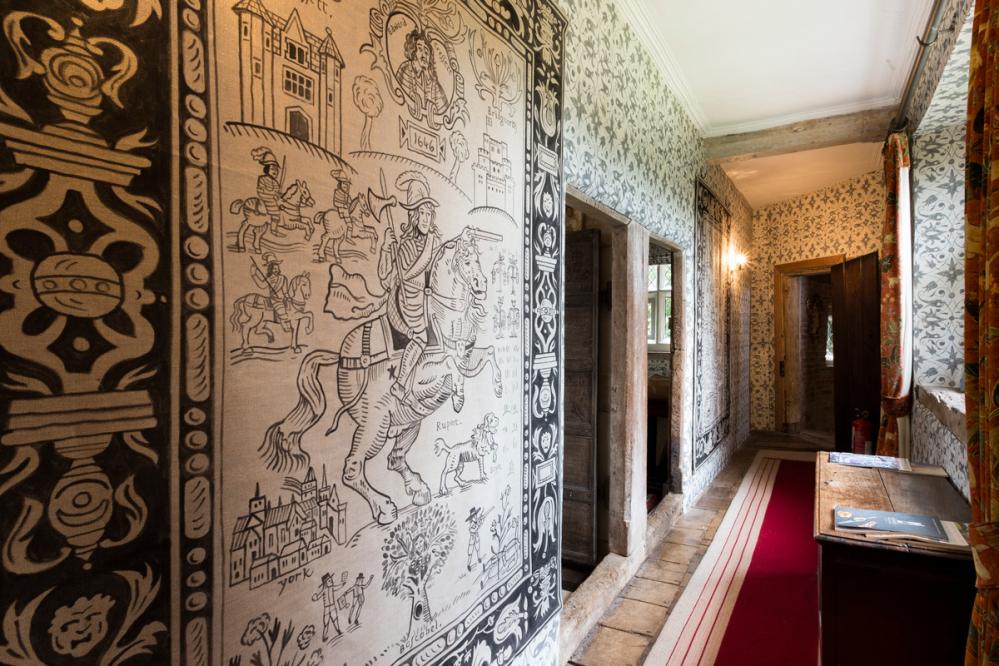 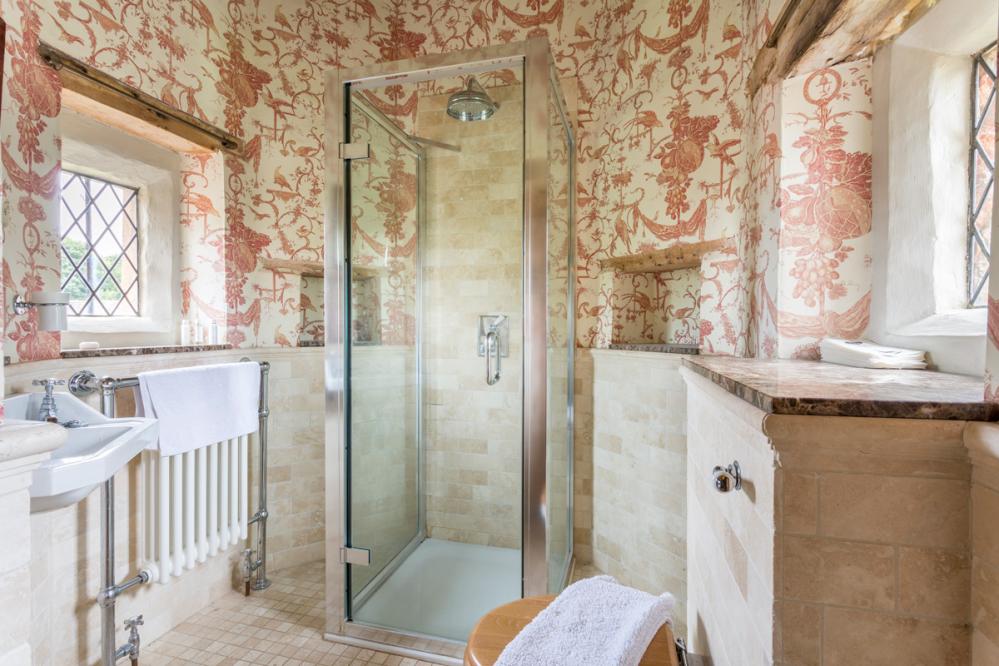 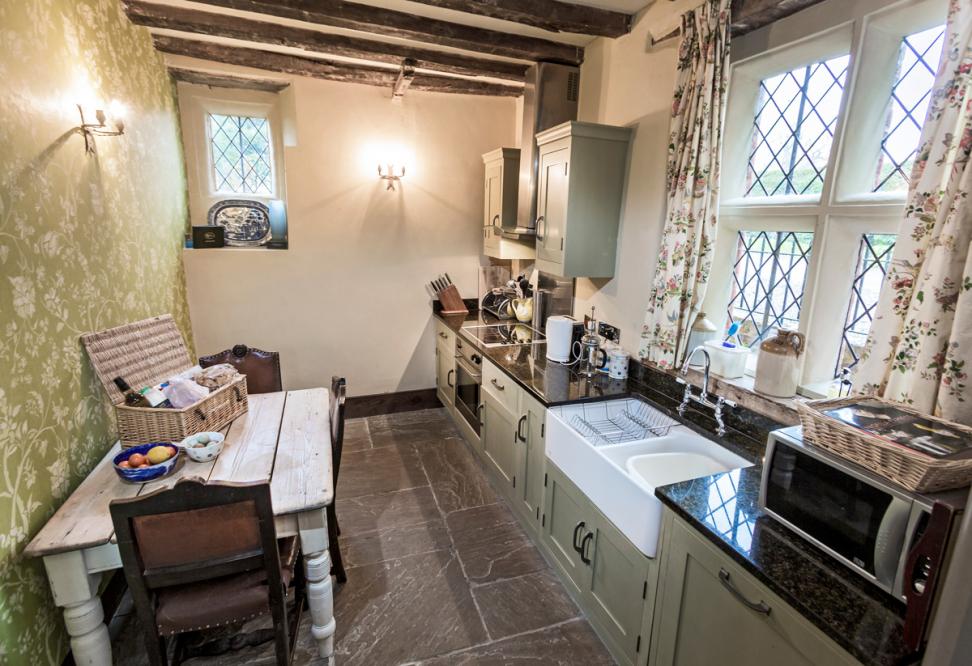 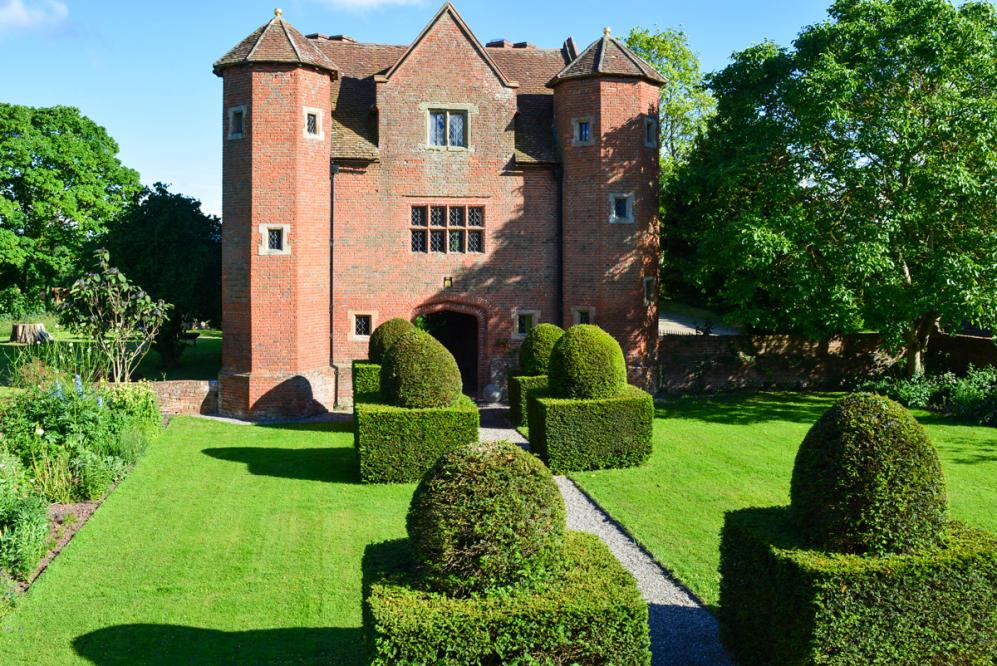 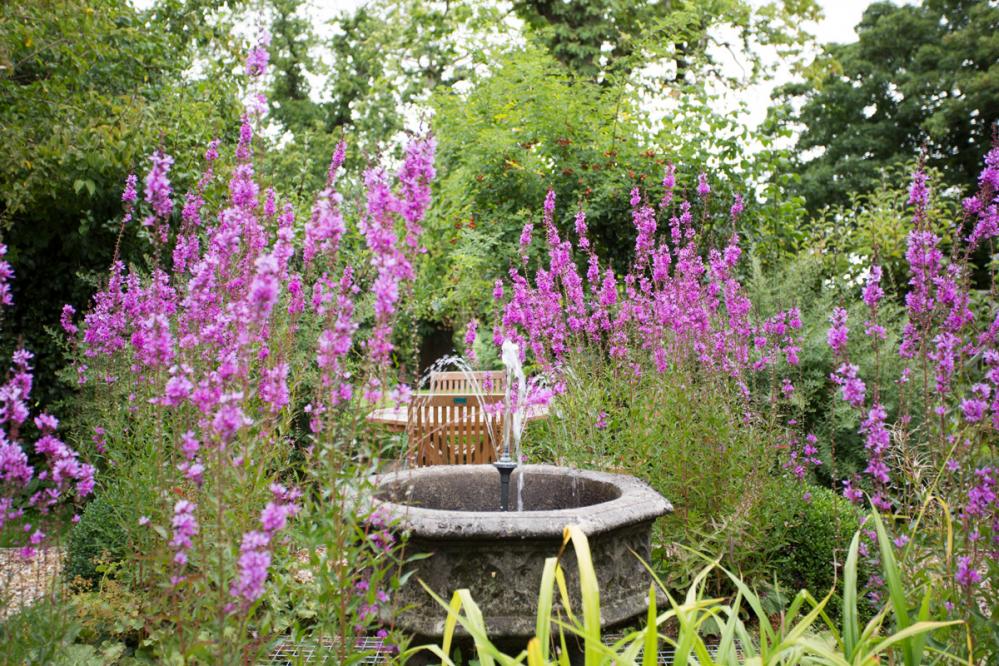 Chevaliers Gatehouse, a luxury holiday home in Shropshire, combines the glories of the past with the comforts of the present. In a secluded hamlet near Bridgnor...

Chevaliers Gatehouse, a luxury holiday home in Shropshire, combines the glories of the past with the comforts of the present. In a secluded hamlet near Bridgnorth and Much Wenlock, this Elizabethan era gatehouse includes a courtyard and private garden. Enjoy the beautiful flower beds, fruit trees and a bubbling fountain on a quiet morning, or explore the region’s historic sites, scenic walks and gastro hotspots.

Chevaliers reflects its storied past. The expansive suites are named after Prime Minister Margaret Thatcher and Prince Rupert, two of the home’s many illustrious visitors. Nephew to Charles I, Prince Rupert slept in the enormous second story bedroom while he commanded royalist troops during the Civil War. A set of linen tapestries in the gatehouse honours him.

While the two bedrooms will make you feel like royalty, the updated bathroom fittings, fully equipped modern kitchen and digital TV will keep you in contemporary comfort. The house sleeps four comfortably, and extra cots are available.

Chevaliers Gatehouse makes the ideal family holiday rental being near the M5, M6, M40 and M54 motorways, as well as 15 miles from the Telford Central train station, and 40 miles from Birmingham International Airport.

Entrance
The property has its own imposing entrance gates, gravelled drive-way and parking. Wrought iron gates lead through to a medieval courtyard and sixteenth century cobbled archway.

Kitchen
The fully equipped kitchen has a period stone floor,  American style fridge-freezer, granite work tops, butler sink which is ideal for either cooking oneself or by a local chef (which can be arranged) to prepare dinner or lunch in the adjacent dining room.

First Floor
The first floor comprises the panelled Thatcher Suite bedroom (This suite is named after the former British prime minister – and her husband Sir Denis – who spent two nights in the bedroom whilst staying at Chevaliers Gatehouse in 1994)  with a half-tester bed with silk drapes. The bedroom has a nineteenth century crewel work tapestry, ornate plasterwork, Tudor fireplace, oak floor and antiques. The suite has an adjoining sitting room with hand blocked wallpaper, silk curtains, digital TV, Tudor fireplace, and spectacular plasterwork.  The separate bathroom in one of the turrets has all Lefroy Brooks fittings including a powerful wet room shower, traditional claw foot towel rails and underfloor heating.

Second Floor
The enormous Prince Rupert Bedroom (named after Prince Rupert of the Rhine, cousin of Charles I who hid here during the civil war in 1646) on the top floor boasts a four poster bed, huge exposed beams, oak bookcases, an enormous bath under the mullion windows in the bedroom, a large writing desk. The bedroom also has a separate turret bathroom with all fittings by Lefroy Brooks.

Chevaliers Gatehouse is a secluded hamlet deep in the Shropshire countryside, but lies within four a...

Chevaliers Gatehouse is a secluded hamlet deep in the Shropshire countryside, but lies within four and a half miles of historic Bridgnorth and four miles of the pretty market town of Much Wenlock. Next to the Hall is the historic Norman church of St Michael with its 12th century wall paintings and famous 12th century font.

The Gatehouse is reached along a winding narrow country lane that ends at this historic estate. After visiting Chevaliers Gatehouse with the artist John Piper for Shropshire : A Shell Guide (published 1951), John Betjeman wrote that the hall was ‘best approached by foot, horse or bicycle; only so can its peace and various landscape be appreciated’.

Chevaliers Gatehouse remains a haven of peace and rural beauty today – an ideal place to explore Shropshire and the Heart of England, from the gastronomic centre of Ludlow to the Ironbridge Gorge Museum, the Shropshire hills and many other historic houses and gardens, including the Dower House Gardens in nearby Morville of Dr Katherine Swift (author of the bestselling book The Morvile Hours) and the world famous nursery gardens of David Austin Roses.

Half an hour’s drive away to the south-west is historic Ludlow, one of the gastro capitals of England with award winning Michelin restaurants, secluded gastro-pubs, historic market square and famous castle ruins where the two ‘Princes of the Tower’ were brought up in the late 15th century. In April 1483, the eldest of the two princes is reported to have stayed at Chevaliers Gatehouse on his fateful journey to the Tower of London after the death of his father Edward IV. To the north-west, also half an hour away, is historic Shrewsbury, birthplace of Charles Darwin, with its old cathedral, market squares, theatre and riverside restaurants.

Chevaliers Gatehouse is conveniently located for access to the M5, M6, M54 and M40 motorways. The nearest station is fifteen miles away with frequent inter-city trains from London, Manchester and Glasgow and services to Wales and the West Country. The nearest airport is Birmingham International Airport, approximately 40 miles away.

England isn’t just divided into the north and the south – there’s a whole stretch of the country that sits right between them, a wonderful and often overlooked area known as the Midlands. It’s here you’ll find Shakespeare’s birthplace, the rich cultural heritage of the Industrial Revolution and beautiful countryside that’s as wonderful to look at as it is to explore.

To make sure you don’t miss out on any of the great stuff to do in the region, we’ve put together this handy Midlands travel guide – great place to start when you are holidaying in one of our cottages in the Midlands.

Live like Royalty: 10 Places to Stay and Pretend You're in 'The Crown'

Unique Places to Stay in the UK: Converted Holiday Homes

Ask a question about Chevaliers Gatehouse