Ah, bonnie Scotland! A wild and beautiful part of the world, where you can explore the rugged highlands or enjoy the colour and vibrancy of cultural capitals like Edinburgh and Glasgow. But how do you know you’re getting the very best out of your trip? That’s where we come in. If you’ve had a browse through our range of luxury cottages and castles in Scotland, you’ll know there’s some great places to stay, but to find all the great things to do, see and eat you’ll need our handy Scotland travel guide  – so read on and enjoy!

Hidden gems | For kids | Things to do | For foodies

The Scots are fiercely proud of their little nation. And rightly so. Travel companies promoting the region tend to get stuck on hackneyed notions of Scottishness, like tweed, bagpipes and tartan, and while the Scots do celebrate their heritage, it’s just one aspect of the country’s identity. These days, visitors will come across stellar modern food, outstanding contemporary galleries and perhaps even – depending on when you go – one of the biggest comedy and arts festivals in the world.

If we were to characterise Scotland’s weather in one admittedly reductive word, it would have to be changeable. The weather here oscillates not just seasonally, but often on a daily basis. Because it is so unpredictable, there is no real ‘best’ time to go. Winter in the Highlands will mean snow, but summer in the lowlands won’t necessarily call for swimwear and sunglasses. We recommend preparing for any eventuality: Pack layers for maximum flexibility and be sure to bring along waterproofs.

Summer may not have guaranteed sunshine, but it does have a guaranteed buzz: the streets of Edinburgh will be thronged with attendees of the famous Edinburgh Festival Fringe during August. Many of the other towns further north will host local Highland Games events during the warmer months. New Year’s is another busy period in Scotland, with thousands upon thousands of party-goers arriving in Edinburgh for the annual Hogmanay celebrations. 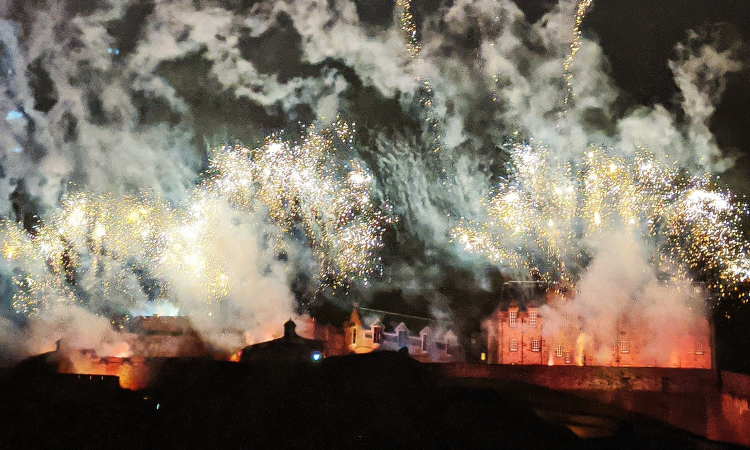 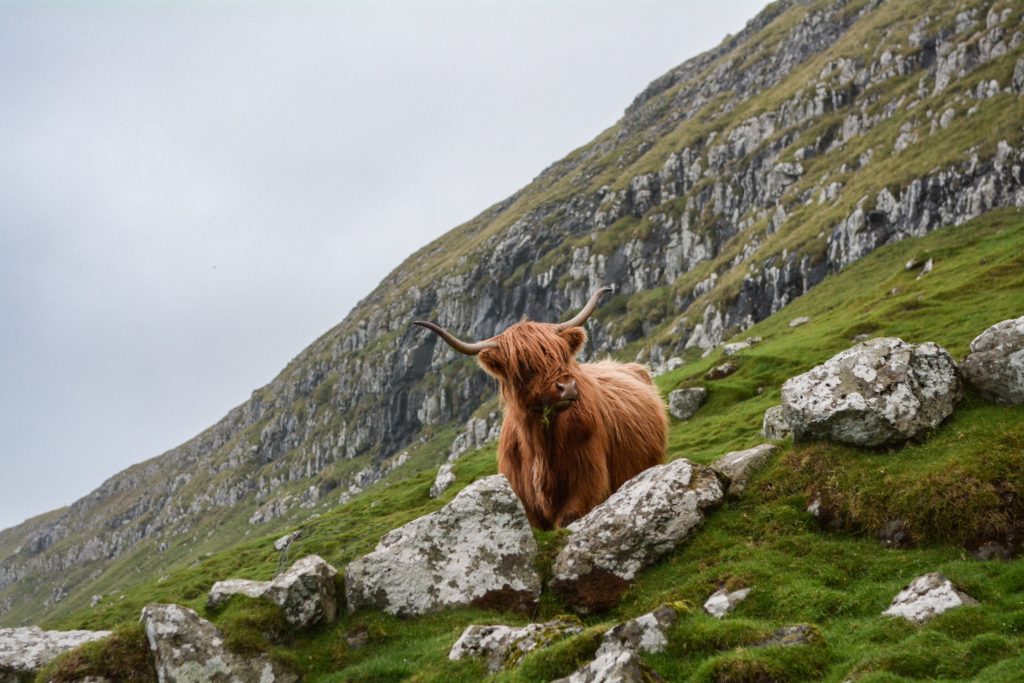 The best family-friendly activities in Scotland

Scotland has really upped its game when it comes to family-friendly holiday ideas. For adventurous kids, this place is absolute heaven, with so many things to see and do from dog sledging in the Cairngorms or hunting out pesky ghosts in Aberdeen’s castles. There’s a distinctive lack of water parks (as you would expect, given Scotland’s northerly latitude), but it more than makes up for that with more unusual and memorable family-friendly activities for all ages.

Don’t forget your bikes, because there are cycling and hiking trails galore across the glens (which really do turn bright purple when the heather blooms in the early summer).

If these ideas have got you inspired, be sure to take a look at our blog on the best family activities in Scotland

There are so many cycling routes in Scotland (there are over 15k!), it’s hard to know where to begin. From long ones that can take a couple of days, to shorter ones that are good for the whole family – you’re bound to find a cycling route that everyone can enjoy. 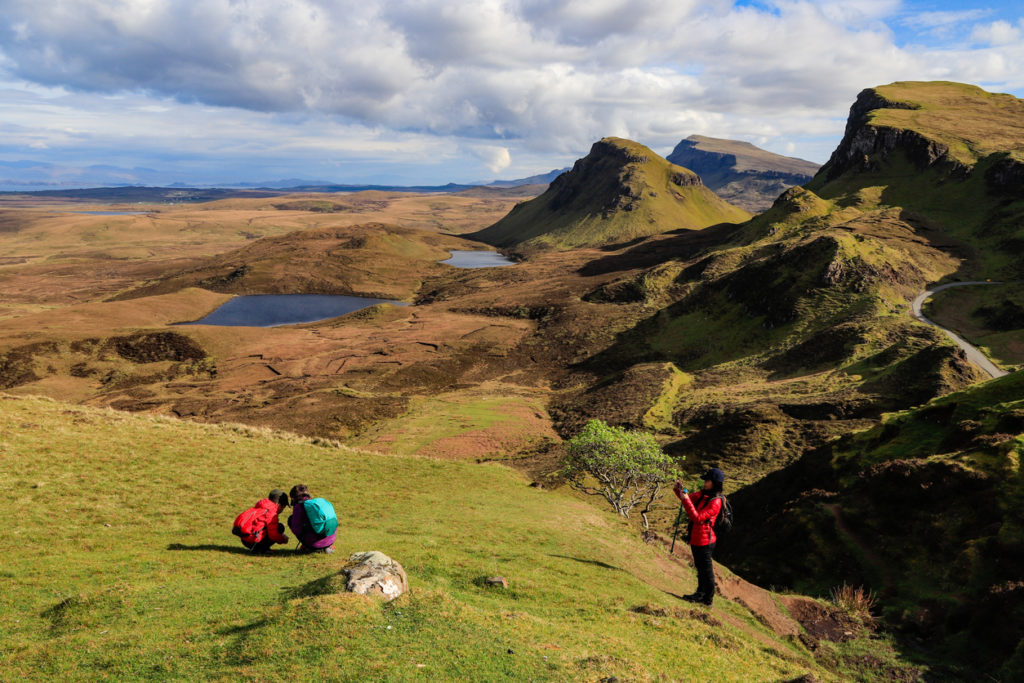 Things to do in Scotland

If adventure is high-up on your priority list, arrange an active group holiday for friends or family. You can trek up the Cairngorms, climb the needle peaks of Cuillin or hike through gorgeous glens on the West Highland Way.

The activities needn’t all be strenuous either. You could opt for mellower outdoor pursuits, such as strolls on deserted beaches or a round of golf at the birthplace of the sport, for instance. Or even take things indoors with distillery tours, visits to traditional pubs and museum jaunts. There’s no scarcity of things to do in Scotland, but it’s nice to have a bit of guidance nonetheless, which is why we’ve put together just a few ideas of things to do in Scotland to help inspire your holiday itinerary.

If you need more tips, why not head over to our blog on the best group activities in Scotland. 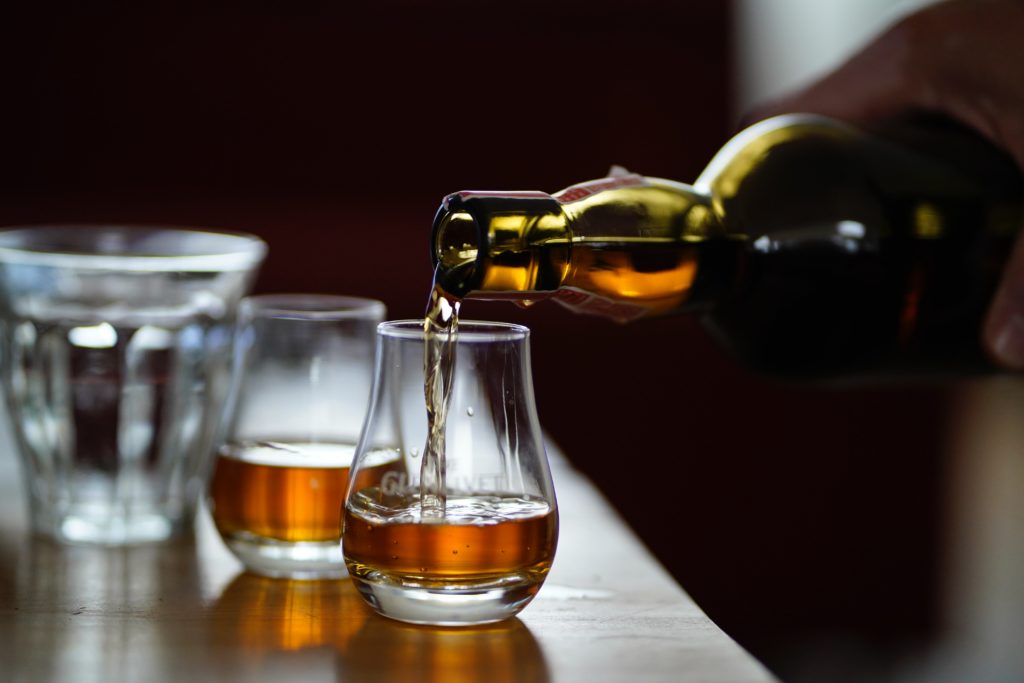 Dated clichés about deep-fried mars bars and Buckfast no longer hold true to 21st-century life in Scotland. This small nation is an emerging foodie destination, and punches far above its weight in culinary terms thanks to the increasing importance it places on quality local produce.

To help you get started in planning your food and drink experiences, we’ve drawn up a handy list that includes our pick of Scotland’s best restaurants as well as some yummy food and drink-oriented tours.

The best restaurants in Scotland

The best foodie activities in Scotland

For more delectable inspiration, take a look at our blog on the  best foodie experiences in Scotland.

Ready for a trip to over the border now you’re armed with all the info you could ever need from this Scotland travel guide? Then you might want to have a look at our collection of castles, cottages and villas across Edinburgh, Loch Lomond, the Highlands and the rest of the country! Looking to do some more reading? We’ve got a selection of blog posts dedicated to Scotland!