While many of us look forward to holidays as a chance to explore a new country, try local cuisine and soak up the culture, sometimes all you want to do is kick back by the pool and get lost in a good book. And, with travel plans properly underway for the year ahead, and World Book Day on March 3rd, we’ve rounded up our best holiday reads 2022 list. Covering everything from crime to chick-lit, with plenty of bucket-list destinations thrown in along the way, there’s sure to be a book to relax with this summer for everyone.

1. You and Me on Vacation 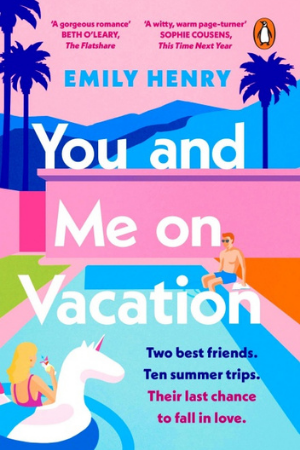 Poppy and Alex met 12 years ago and instantly hated each other. 12 months on, they became friends and made a pact to go on one holiday with each other every year. However, 2 years ago later on one of those annual trips, something went horribly wrong.

Sure to be on many holiday reads 2022 lists, this book alternates between the past and present day, gradually piecing the pair’s story together. With plenty of gorgeous destinations and a healthy helping of love, this is beach binge-reading perfection!

2. The Seven Husbands of Evelyn Hugo 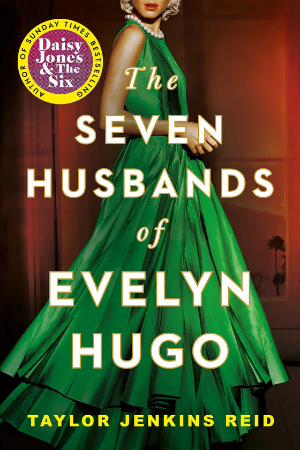 Evelyn Hugo was part of Hollywood’s acting elite, charming the world with her stunning beauty and talent to match. The thing that’s most intrigued the general public, though, is her relationship history: Evelyn has been married seven times, and now, ageing and retired, she’s made the decision to share her entire story with Monique. But why has she chosen this unknown writer for the job, and what secrets is she willing to spill?

As gripping as it is glamorous, with a couple meaty twists thrown in along the way, this is the one for self-confessed gossip column readers and avid film fans. 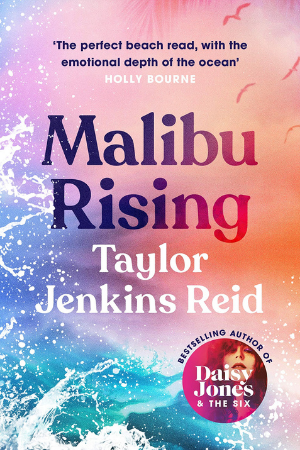 Have we included two books by the same author on this list, back to back? Yep. And we’d only do it for Taylor Jenkins Reid. Malibu Rising tells the store of surfer-supermodel Nina Riva’s 1983 end-of-summer party. However, the following morning the Riva family’s beloved mansion goes up in flames – but not before the truth about each famous attendee is revealed.

Something of a TikTok phenomenon (but don’t let that dissuade you!), it gives an addictive insight into the world of celebrity as only Jenkins Reid knows how. 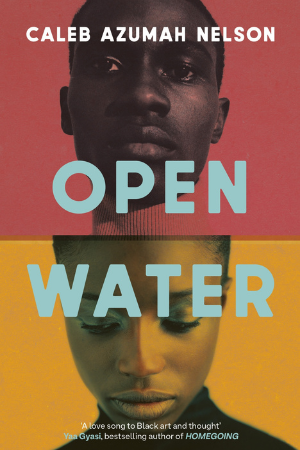 This unexpected love story – and debut from Caleb Azumah Nelson – follows two Black British people who meet at a South East London pub. Both attended private schools on scholarship, and he’s since become a photographer while she’s a dancer. However, each one now faces similar struggles surrounding belonging, racial stereotyping, and the need to leave an impact on the city that made them. 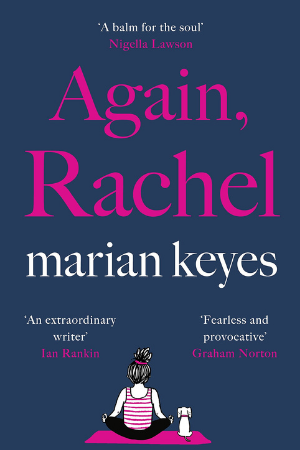 If you’re a regular reader, it’s likely you’ve sped through at least one of Marian Keyes’ bestsellers – most notably, Rachel’s Holiday. New for 2022, Again, Rachel revisits the beloved Rachel Walsh who, in the ’90s, watched her life fall apart so dramatically that she checked into rehab. Things quickly turned around from there and, now in her 50s, she’s finally feeling happy and content in herself. However, a former lover showing up on the scene threatens to throw everything back into disarray. 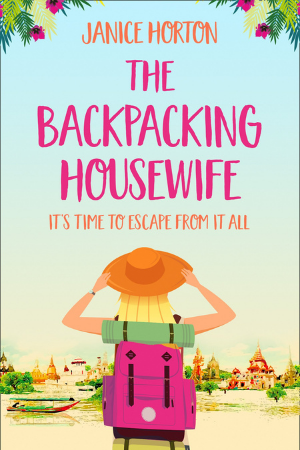 Perfect for staycationers to get their dose of wanderlust in, this feel-good favourite sees one mum leave her whole world behind – kids, husband, responsibilities and all. The goal? To find her passion for life again on a journey around the globe. If you’ve ever dreamed of embarking on a grown-up gap year, you’ll love this from start to end! 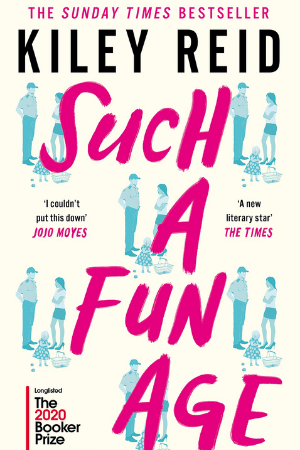 Alix Chamberlain is a successful feminist blogger. Emira works for her as a babysitter. But when Emira gets accused of kidnapping Alix’s white daughter while looking after her at a supermarket, it opens up a whole conversation surrounding race and inherent privilege. An accessible look at everyday racism, this one will have you thinking long after the last page. 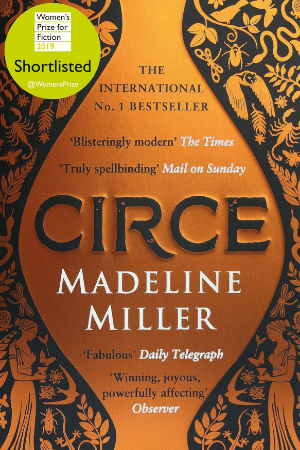 If you’re someone who loves myths and ancient tales, this is the summer read for you. It centers around Circe, who has none of the power of her father Helios or beauty of her mother. Instead, she is capable of casting spells, taming beasts and producing magical concoctions – she is a master of witchcraft! When banished by the gods to the island of Aiaia, she meets the mortal Odysseus, and an epic adventure follows. 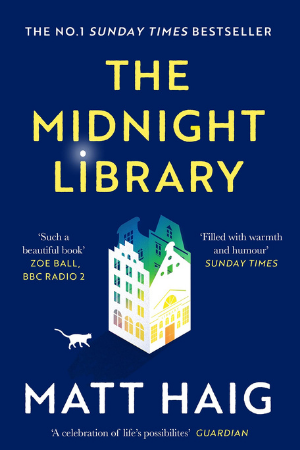 Ready to go all existential? Matt Haig invites you once again to contemplate the meaning of life – in an extremely accessible format! This story focuses on Nora, who appears to live a pretty uneventful life. However, as midnight strikes on her last day on Earth, she finds herself transported to a library where she can explore all the different paths she could have taken, had she made other choices. Exploring the ripple effects that a single person can have on others, the result is a quick and uplifting read you’ll want to discuss over an alfresco dinner.

10. The Temptation of Gracie 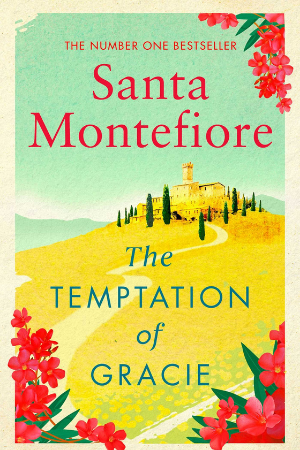 After seeing an ad for a week-long cooking class in Tuscany, grandmother Gracie decides to use up all her savings to get there. What seems a bizarre decision to her daughter and granddaughter, who come along for the ride, quickly leads to extraordinary revelations about Gracie’s Italian past. With plenty of vivid countryside descriptions thrown in, this one’s guaranteed to make you feel all warm and cosy inside. 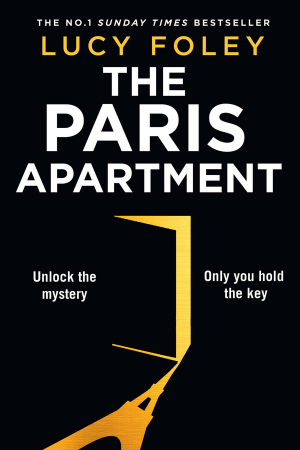 Looking for a new murder mystery to solve? Bestselling author Lucy Foley is back with another book that will have you on the edge of your plane seat or sun lounger! Set in an old Parisian apartment block, the murder in question takes place behind door number 3. Switching between of suspect perspectives that include a concierge, journalist, student and unwanted guest, this heart-racing new read is not to be missed. 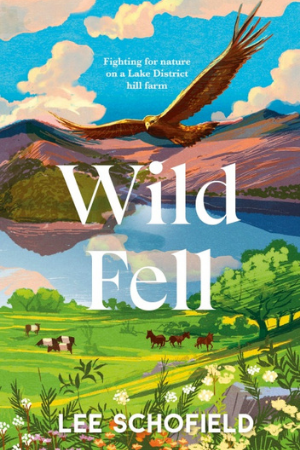 On paper, you may not expect a real-life account of upland restoration to be a page-turner – but that’s exactly what Wild Fell is. Recounting how, in 2015, England’s final golden eagle died in the Lake District, it sees ecologist and for RSPB Haweswater site manager Lee Schofield speak of his efforts to restore life to his habitat. Travelling from Norway to the Alps and back home again, it’s an eye-opening read about what is needed to maintain our country’s beautiful wildlife.

So you’ve got your holiday reads 2022 picks ready – but what about your summer trip? If you’re still on the search, check out our top villa holidays 2022 and then get in touch with our concierge team to turn your travel dreams into a reality.