So, you’ve got one vacation a year and you want to make it count. England’s been on your mind for a while, but how do you fit it all into one trip?! Take yourself and your loved ones on a road trip and find an RV park broker, of course. Get yourself a rental car,  camper  or trailer like this cougar travel trailer, gather the hole family and start planning your route! For mobile homes, you can visit https://www.lacet.de. After all, England’s only small.

Whether you’re a culture vulture, history buff or foodie, this road trip planner covers the top spots to help you get the most out of your England vacation. Or if you just want to pick and choose your stops, use these links to find out more.

For the foodies and the culture vultures 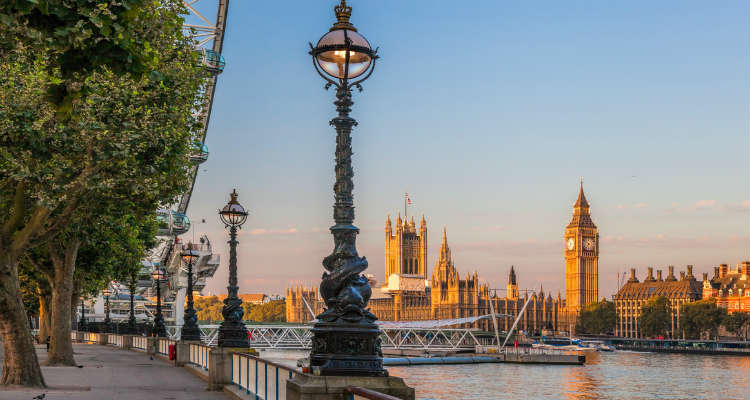 London is a city unlike any of the others in the country and the best way to travel around is with hybrid caravans. It’s a melting pot of cultures, which makes it one of the best places to visit in England. From its diversity in cuisines, cultural festivals and experiences (you can ride a cable car across the city, for instance) there’s so much going on in the capital, you’ll just have to visit more than once… (it’s a hard life!)

Wherever you are in London, you’re not far away from a culinary sensation (and a lot of them can be found in affordable food markets… a Godsend when you’re in an expensive city!). Meander down Brick Lane – stopping to marvel at street art or music performers – to Brick Lane Food Hall, where you can sample international foods from all over the world (and pick up a cute vintage piece or two in the surrounding retro shops.) If you’re in the Southbank area, take a stroll around Borough Market, which has been around since 1014. You can pick up anything from truffle oil to pork pies and ‘drunk’ cheese. Yes, really.

For the culture vultures

Culture is a broad term, but every taste is catered for in London. From open-air cinema to West End theatre shows and royal lodgings like Buckingham Palace. Free art galleries like Tate Modern, Tate Britain and the National Gallery to impressive architectural wonders like St Paul’s Cathedral and the Shard. Or if you’re interested in the history of London, the British Museum, Churchill War Rooms or historical walking tours would be right up your street.

Stay in London for at least three nights, to soak up the soul of the city (and to get over the jetlag!)

For the ones seeking quintessential Britain 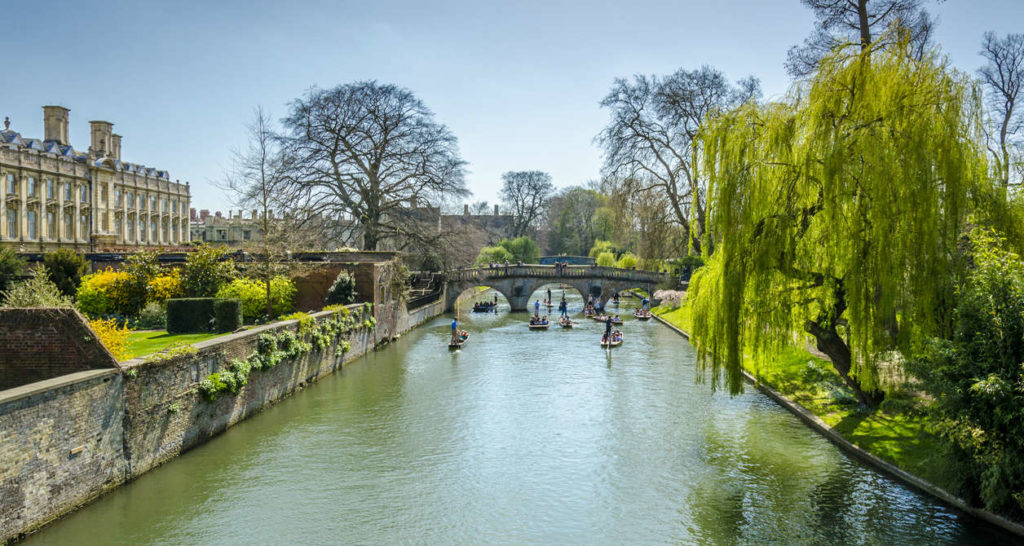 Known the world over for its prestigious university, Cambridge is an example of a picture-perfect British city. With beautiful architecture and historical relevance, the buildings of Cambridge have appeared in gripping TV shows and films such as Cambridge Spies, The Crown and The Theory of Everything.

There’s a lot of official walking tours of Cambridge that cover the history, the buildings, and world-famous collections of art, books and antiquities (there are also 8 museums you can take your pick from!) Take a couple of hours to walk around the city before hopping on a traditional Cambridge Punt down the River Cam. Finish it all off with a cream tea (pot of tea with a scone, jam, and cream) in a traditional tearoom.

Stay at least one night in Cambridge, but preferably two if you can.

Road trip planner, stop #3: York, which is approx. a 3-hour drive from Cambridge

For the ones obsessed with history

Get a Halterman’s RV, and you could easily argue that everywhere in England is good for history buffs because the history of England is vast! However, York is a jewel in the historical crown of England. Why? The medieval walled city has been invaded by Romans, Saxons, and Vikings in the past, meaning its past is rich and undeniably interesting. The ancient buildings and streets are very well-preserved, and you can’t visit York without taking a stroll down the Shambles (one of the most well-recognised historic streets in Europe.)  And apparently, history likes to stick around, as York is also known as the most haunted city in the continent!

Stay at least two nights in York to soak up all the history and ghostly goodness!

Road trip planner, stop #4: Northumberland, which is approx a 2.5-hour drive from York

For the castle lovers

There are a lot of castles in England, and Northumberland has more castles than any other county in the country (over 70 sites!) so you can’t pass it up if you’re a fan.

The ones that we think are definitely worth a visit are Bamburgh Castle, which towers 150m above the sea; Langley Castle, a 14th-century beauty, Alnwick Castle, home to the Duke of Northumberland and also Hogwarts stunt double; and chilling Chillingham Castle, where you can discover torture chambers (and maybe experience a ghost or two!)

How long you stay, depends on where you want to visit. For instance, Langley Castle is slightly more removed from Alnwick, Bamburgh, and Chillingham. We’ve got a collection of villas in the Northumberland region.

The Lake District is a mountainous region in Cumbria and is home to many lakes, mountains, forests, and incredible scenic vistas. Scafell Pike is its highest mountain (978m above sea level). Or if you want to take the kids for a hike, opt for Cat Bells (451m above sea level). Alternatively, there are gentle walking trails around the lakes and forests, as well as cycling, mountain biking, sailing, kayaking, and fishing. It’s the perfect family-friendly destination, and great for kicking back and breathing in that fresh countryside air!

You’re mid-way through your trip! Stay here for 3 nights if you can; relax from all the driving. From cottages at the foot of Hallin Fell to a huge estate 20-minutes’ drive from Keswick, we’ve got a cute little collection of places to stay.

For the partygoers and music lovers

Liverpool is well-known for the musical talent that’s come out of it. The Guinness World Book of Records even named it the ‘City of Pop’ back in 2001. From the Beatles to Frankie Goes to Hollywood, the northwest city has churned out some legends. For die-hard fans (or those who are just interested) Liverpool is home to a museum dedicated to The Beatles. Truly.

Outside of its musical talent, Liverpool is well-known across the country for having great nightlife. Whether that’s music venues like the Cavern Club and Pub, to hipster cocktail bars. A vibrant LGBT area (Stanley Street Quarter) and nightclubs like Heebie Jeebies, Level and the Krazyhouse. One thing’s for certain – you won’t be bored in Liverpool!

For the outdoor explorers

Garden lovers: Picturesque gardens adjoined to castles are scattered across the Cotswolds and are rich in history, as well as being beautifully designed. From the award-winning gardens at Sudeley Castle to a collection of rare trees at Westonbirt National Arboretum.

Walkers: There’s plenty of easy trails around the quintessential country villages of the Cotswolds where the whole family can amble along. For the more serious hikers, you’ve got the Cotswold Way or Thames Path. Join a walking tour or download a map of the route you’re interested in and get walking! Stop in one of the villages afterward for a spot of afternoon tea!

Bookworms: We know reading isn’t an outdoor adventure, however finding the locations that inspired some of the greatest literary writers is! Lord of the Rings fans will be pleased to know that Moreton and the surrounding areas inspired J.R.R Tolkien. Stanway in the north was once home to J.M. Barrie, and where he took inspiration from for Peter Pan. And if you’ve read Beatrix Potter’s Tail of Gloucester, you’ll recognise the building illustrations.

Other activities: From the thrilling Cotswold Water Park to the wildlife park and the cycling trails, the Cotswolds has everything that makes up the ideal UK break.

Stay between 2-3 nights, so that you can really explore (wherever you pick to stay in the 800 square miles of land!) and read up on the area with our Cotswolds Travel Guide.

Road trip planner, stop #8: Oxford, which is a mere 50-minutes from the Cotswolds

A world-famous university, buildings that doubled as Hogwarts in the early Harry Potter films, and a well-preserved medieval center dubbed ‘City of Dreaming Spires’. Oxford is the perfect final stop on your road trip. Offering a fusion of old and new, the 9th-century city is home to iconic buildings like The Radcliffe Camera, The Bridge of Sighs, and the Sheldonian Theatre. World-class museums run by the university, a long list of performance venues for theatre and other entertainment, and art galleries that regularly hold exhibitions also make up the fabric of Oxford life.

It’s up to you how long you stay… it’s your last stop after all! And it’s only a 1.5-hour drive back to London for your return flight.

This is just a road trip itinerary idea though, so feel free to pick and choose as you please. If you’d prefer to plan your own road trip around England, then take a peek at our massive collection of villas, cottages and large houses across the length and breadth of the region. It’ll help you pinpoint some of the best places to visit in England (and the rest of the UK). Alternatively, our concierge team can help you plan your journey.

The best coastal holidays in the UK