We don’t usually associate Britain’s south-east shores with beautiful beaches – but if you know where to look, you’ll find some unrivalled marvels. Londoners needn’t trek the Earth for brilliant sands; the capital is connected to some of the UK’s best beaches – and our favourites are all within 90 minutes’ drive. Cop a lungful of the fresh salty air on home soil… 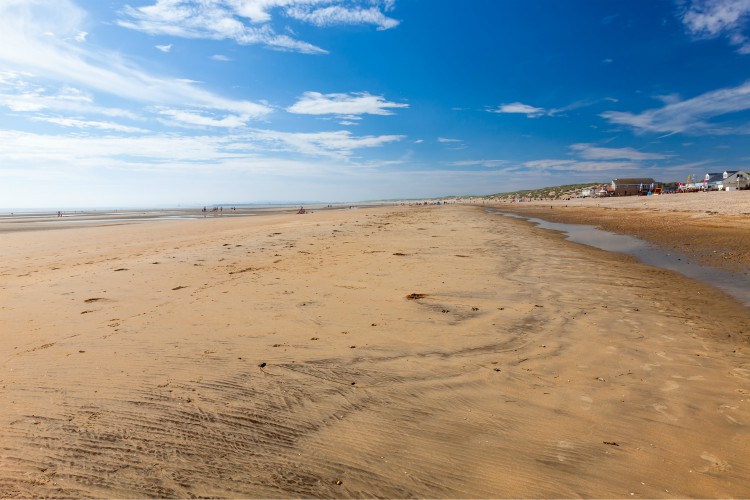 The Sussex coast is known for its shingle and pebble beaches, but Camber Sands is the exception to the rule and home to the only sand dunes in East Sussex. The beach remains virtually unspoilt and is dearly popular among windsurfers and kitesurfers. That said, your furry friends are also welcomed between May and September (but must be on a leade in F & H zones). Even in the peak of summer, the crowds are manageable and all it takes is a 2-hour drive from London.

The beach at Priory Bay is a hidden treasure on the Isle of Wight and, rather amazingly peaceful even in the height of the summer season. The sandy beach gently slopes into the water and it is popular for sunbathing and swimming. The beach is near Seaview and located between Seaview and St Helens (near Bembridge). Priory Bay beach faces East which means it gets the best of the sun in the mornings. But bear in mind, there are no facilities so you will have to bring water and beach essentials with you.

Not to be confused with Botany Bay, Australia, this Kentish charmer is a starlet in the making. In between Margate and Ramsgate, this stretch of coastline is understated, just a delicate 600ft strip of sand, all backed by a continuous stretch of chalk cliffs. Those imposing white cliffs have featured in many a ‘gram over the years, and it remains one of the most photographed beaches in the UK. Explore the rock pools for little sea creatures, or go fossil hunting to find something more impressive.

Believe it or not, the closest beach to London is actually on the Piccadilly Line! In Ruislip, West London, a 700-acre woodland nature reserve is home to a gorgeous natural lake, with a genuine sandy beach. Woodland trails, a miniature train, and a pirate ship for kids are also on offer, but despite the above, swimming is technically not permitted. That said, picnics can take place on willow lawn and beachside and other areas around the Lido – so there’s plenty else to make the most of. 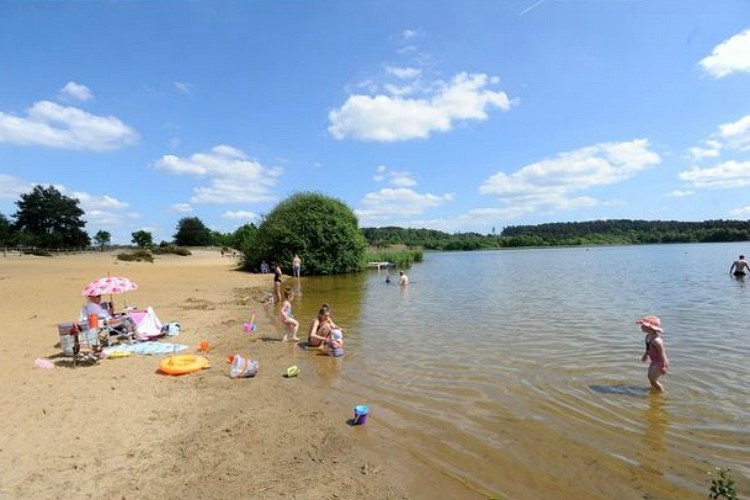 Miles away from the coast, nestled away in far away surrey, is a picturesque beach that’ll make you do a double take. Day-trippers flock to Frensham Beach on hot days, and swim in the calm pond waters, sunbathe and eat ice creams. There’s an on-site bar selling burgers, chips and drinks, but if you’d prefer to set bring your own picnic, you’re more than welcome to – but barbecues and fires are a no-go. The lake has two swimming areas that are perfect for kiddies and adults like. Marked by white buoys, you’ll go no deeper than 1.4 metres.

As one of the more beautiful and idyllic locations, Whitstable beach is a real treat for a day trip out of London. It has the whole package and the pebbly beach is just one selling point. There are an array of gorgeous little book-shops lining the twirling streets, delicious bakeries oozing the fresh smells of homemade bread and quintessential pubs ready to take your order after a splash in the sea. As one of the quieter beaches in the UK, it benefits from the de-clutter of day-to-day-life.

Head over to Essex if you’re looking for a magical retreat in the tiny island of Mersea. Known for its mouth-watering seafood and old-world charms, Mersea is the perfect place to sit and relax, enjoying good food (such as its Colchester native oyster) and lounging on the beach. You can choose from East or West Mersea – the west is a small fishing town, with soft, sandy beaches and a wide selection of shops, restaurants and pubs. The east attracts people who prefer rural, wild natural beaches and large open spaces.

As beaches go, you won’t find bigger than this one. Bournemouth Beach is a whopping eleven miles long, so it’s easy enough to escape the crowds here. Amongst golden sands of spots like Sandbanks, you’ll also find shops, gardens, hotels, and restaurants. Bournemouth beach is the ideal location whatever the weather or time of year. Every section of Bournemouth’s beach offers a different experience, so why not try out one of many superb water sports or enjoy plenty of family attractions at Pier Approach? There is a bit of the beach with your name on it. 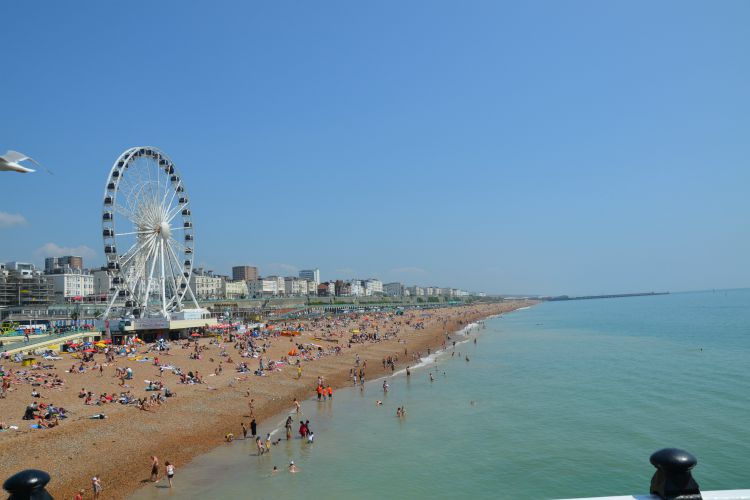 When you ask most people what their favourite beach is near London, the majority will undoubtedly say Brighton. And folks, Brighton Beach is just full of pebbles. So why is it such a hot-ticket with Londoners and tourists alike? Well, in a nutshell, it encapsulates the core of the British seaside. From the adventurous pier, with arcades to entertain the kids, the moreish fish and chips and more notably the British Airways i360 which takes you up into the Brighton skies for 360-degree-panoramas.

Aside from the beautiful pebble and sand beach, Hastings is home to the largest beach-launched fishing fleet in Europe, the remains of the first castle in England to be built by William the Conqueror and a preserved Old Town. Backed by grand whitewashed Edwardian hotels and a two-layered promenade, Hastings has all the credentials of a Great British seaside town – there is even a fine Victorian pier.

How many beaches near London have you been too? Sound off in the comments below & let us know your thoughts. If you’re keen to get a second helping, get in touch with our concierge team, they’ll sort your UK holidays out in a jiffy!