The Mediterranean Coastline is one of the most beautiful parts of Europe, but when you only explore it one beach at a time, you’ll never really see its full glory. To do that, you need to hop into a Lamborghini – or the closest available equivalent – and set off on a road trip along this dazzling coastline, while on the road, consider a Trip to Coyote Howls RV Park to have some fun and rest. We’ve put together four of our favorite routes, perfect if you’re thinking of taking a tour around some of our luxury villa rentals. 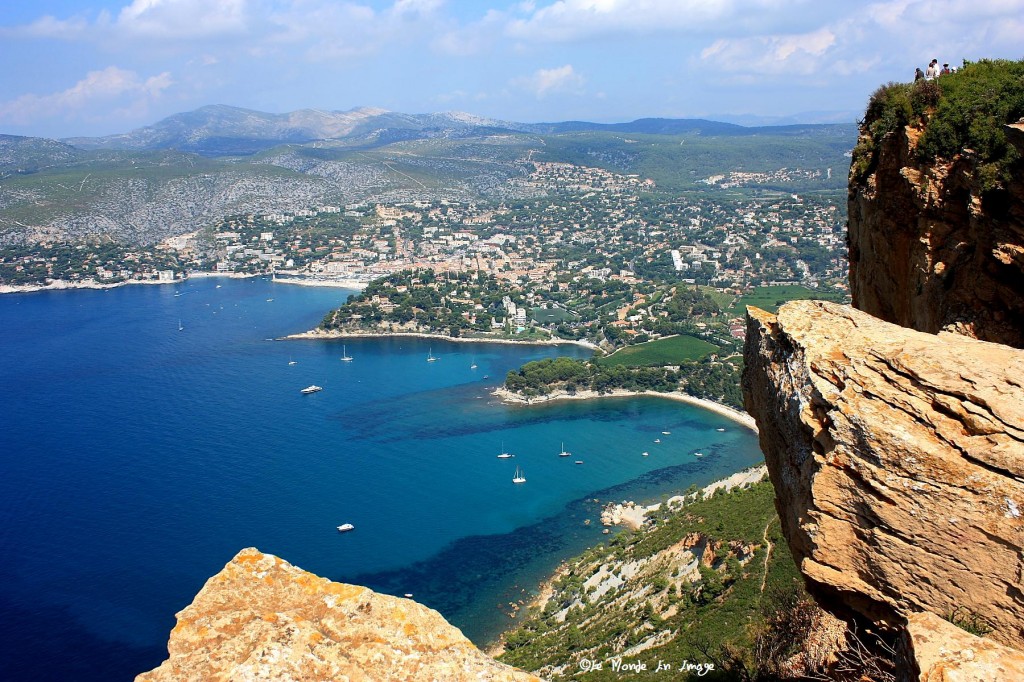 At just 12 miles, this short but sweet jaunt between two of the region’s most unspoilt coastal settlements includes negotiating the high-altitude Route des Crêtes (meaning “road across the crests”) over Cap Canaille, the highest maritime cliff in the Provence. The panoramic ocean views along the way are spectacular, and the vibrant town of La Ciotat is the perfect place to end your journey. The town is home to the Parc du Mugel botanical garden which houses a large variety of tropical plants. The Musée Ciotaden is situated amongst the cafes and bars in the regenerated Old Port area and features exhibits about the town’s shipbuilding history and the invention of the game of pétanque – a game specific to Provence, which is similar to boules. Don’t forget to stop by the Eden Theater – the world’s oldest operating cinema.

The drive starts in Cassis, a small, untouched fishing village with a pastel-coloured seafront and a tiny harbour. The shoreline is characterised by pebbly beaches and calanques, narrow inlets framed by steep, limestone cliffs. Cool down from the hot summer sun with a glass of Cassis white wine which is grown and produced in local vineyards 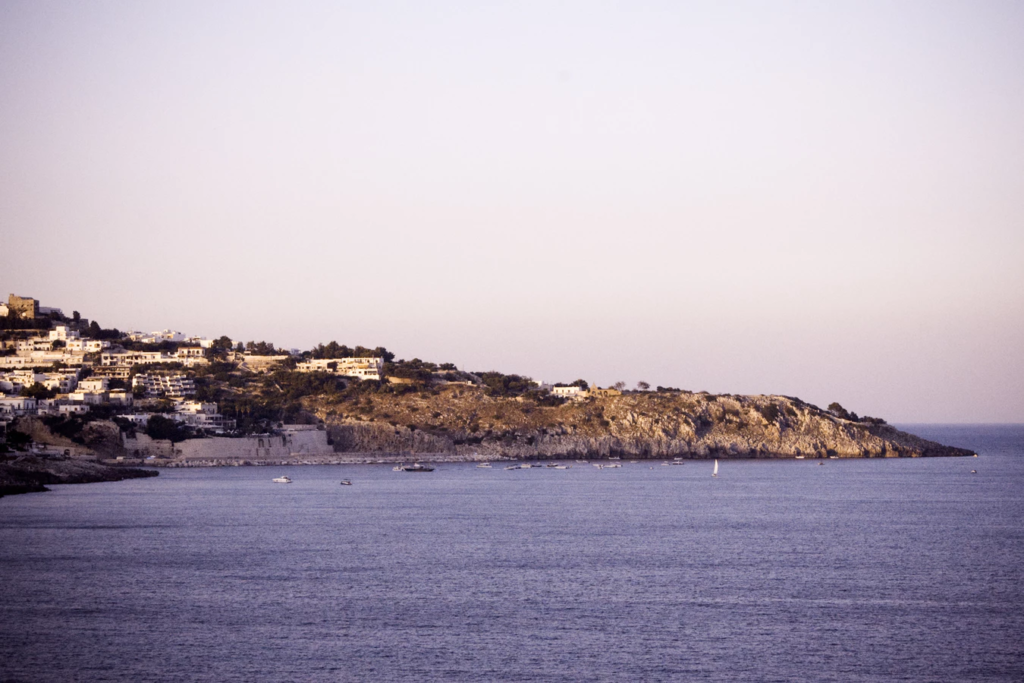 If you can bring yourself to leave the gorgeous historic harbour of Otranto, this drive along Puglia’s scenic coastline runs along the “heel” of Italy, past mile after mile of breathtaking views across the Adriatic Sea. This stretch of coast is in the Salento Peninsula which is famous for its rugged coastline and pristine, azure waters. There are many lighthouses that line this coastal path with the most famous being the Faro della Palascia which lies 5 km southeast of Otranto and marks the most easterly mainland point of Italy.

Along the way there are many secluded oceanside caves or “grotte” to visit. The most popular is the “Grotta Zinzulusa” where it’s famous stalagmites and stalactites are reflected by the turquoise waters. Guided tours lead you down to swim in the clear, warm waters and tell the fascinating story of the cave’s discovery. You can also take a boat into the grotto to take a closer look. When you finally arrive in Leuca, the southernmost tip of the Salento peninsula, you can enjoy the sandy beaches or go and look at the Roman column (transferred from Rome to Leuca on Mussolini’s orders) which stands proudly at the edge of the town. 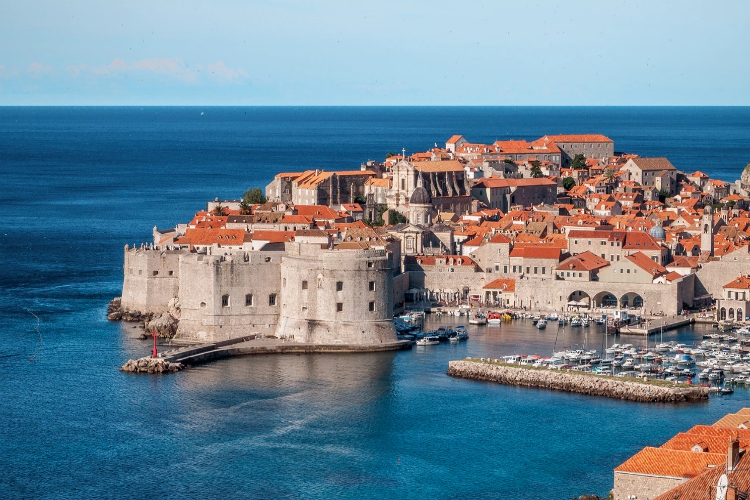 The Jadranksa Magistrala (or the Adriatic Highway), a meandering 300-mile coastal road from Rijeka to Dubrovnik, is undoubtedly one of the best introductions to Croatia’s numerous cultural and geographical delights. One of the first geographical features is Zavratnica Cove which is a hidden sea cove which, with its sweeping cliff sides and formation is similar to a fjord. It is a bit out of the way but worth the bother of finding it as it is not overcrowded. One interesting feature is a sunken German WW2 ship which is visible through the crystal clear water but you can take a better look if you go snorkelling. Another geographical highlight of the highway is the Krka National Park, which is admittedly smaller than its sister the Plitvice National Park, but it is less crowded, closer to the highway and it is permitted to bathe in this park (unlike Plitvice). This park is only 14 km from the medieval city of Šibenik and even closer Skradin a quaint village on the doorway to the Krka National Park.

The quintessentially Dalmatian architecture on show on this drive is without a doubt another highlight of the drive – you can see stunning mosaics of white Hvar Island stone and orange-tiled roofs, surrounded by granite-grey mountains.  The journey finishes in Dubrovnik known for it’s perfectly preserved Old Town. At the end of your journey, our luxury rental Villa Franco provides a perfect base just outside Dubrovnik, letting you explore the city during the day and retreat to opulent tranquillity in the evenings. 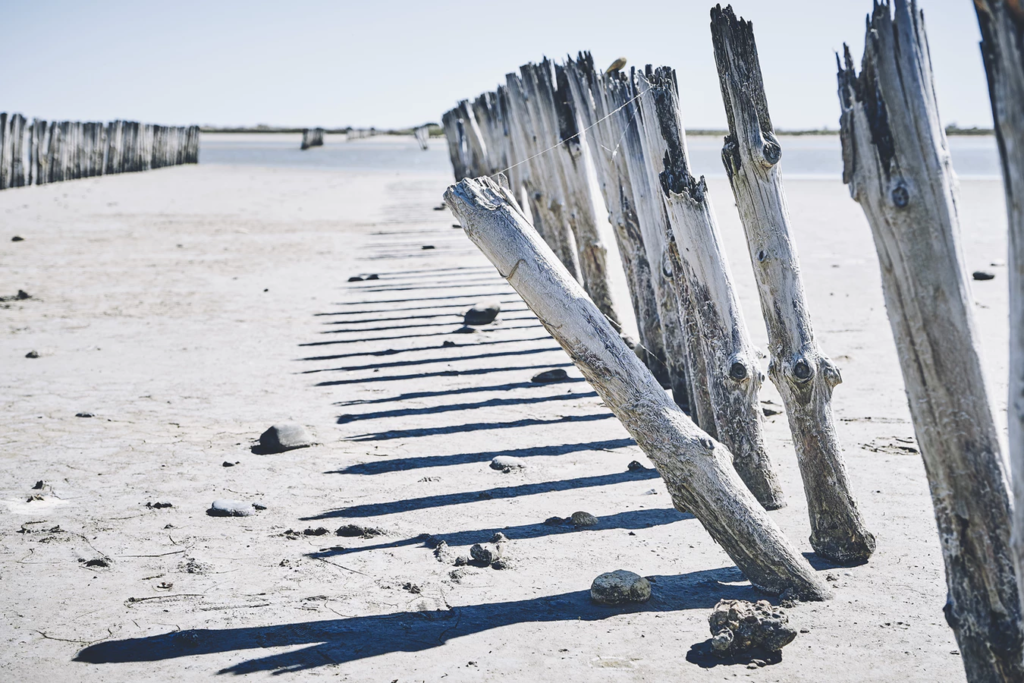 There isn’t a better drive for nature lovers in the whole of France than this one – and throughout the whole route, you never lose sight of the dazzling Med. The Camargue is Western Europe’s biggest river delta and teems with wildlife, thanks to its status as a protected nature reserve. Expect to see vibrant pink flamingos fishing in its salt lagoons, the striking, black Camargue cattle and the famous white, wild horses. There are also plenty of hiking spots through marshlands, dramatic salt flats and rich farmland. We love Camargue so much, when we were asked for our top road trip destination for an expert round-up with Your Parking Space, we told them all about it.

Make sure to stop by the regional capital Saintes-Maries-de-la-Mer on your way, to explore a town that has inspired everything from a Picasso painting to a Bob Dylan song. Not far away from the town is the almost inaccessible and incredibly remote Plage du Beauduc, the beach is great for surfers and kite-surfers alike or if you prefer keeping your feet on terra firma then the beach is perfect for a romantic evening stroll.

Explore the destination by car and come home to a luxurious Villa where you can relax. Find the best accommodation for the destination of your choice! Have a look at our beachfront and coastal villas or contact our concierge team for help or if you have any questions.

Experts give their best destinations for a road trip