We all love our holidays – a chance to kick back, relax and disconnect from reality. But some of us need them more than most – that’s where Go Beyond (formerly CHICKS) comes in. This charity offers week-long respite breaks for children aged 8-15 from various backgrounds. Whether they’re suffering from neglect, poverty, bullying, abuse, or living as young carers, these are children who have probably never been on holiday before – or have too many responsibilities at home to live the carefree life that most kids do.

We’ve been proudly partnering with Go Beyond since 2016, donating 1% of all our profits, and have had the wonderful opportunity to visit their retreats on several occasions across the years. In May 2022, several members of the team were thrilled to visit the Daleside Retreat in Derbyshire, seeing the incredible work that Go Beyond does first hand. 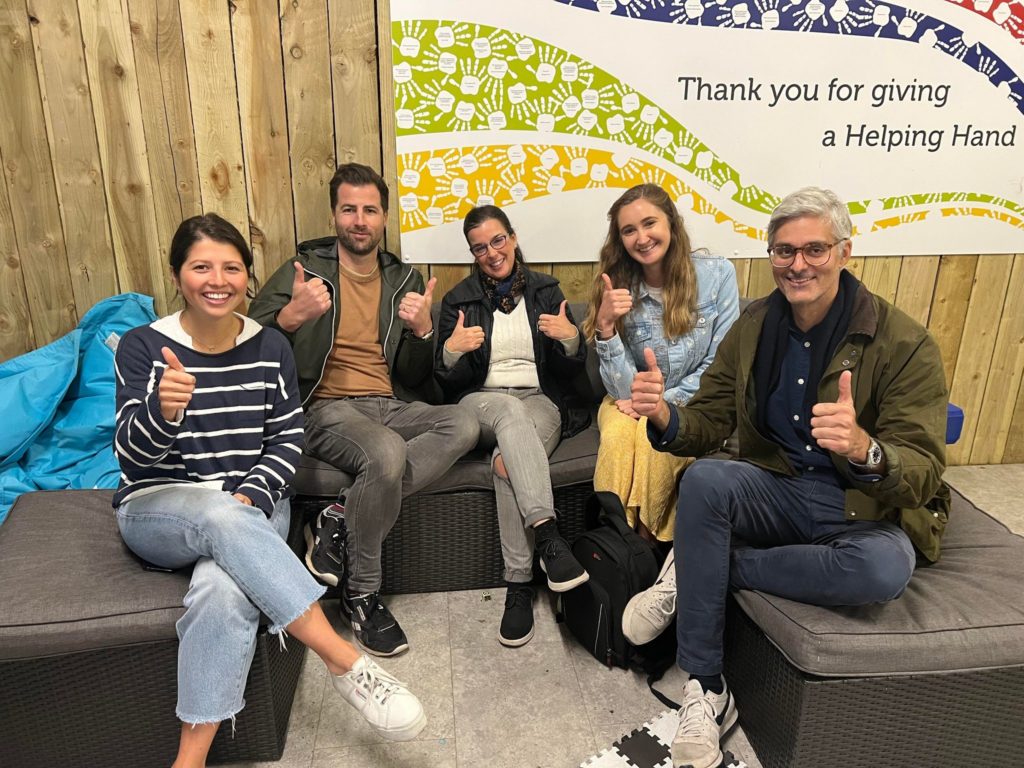 When we arrived, we were greeted by Katy, the Senior Corporate Fundraiser. She took us around the facilities where the children were currently enjoying free play. This involved jumping on the trampolines, trying out table tennis and playing football – we couldn’t resist having a go ourselves! 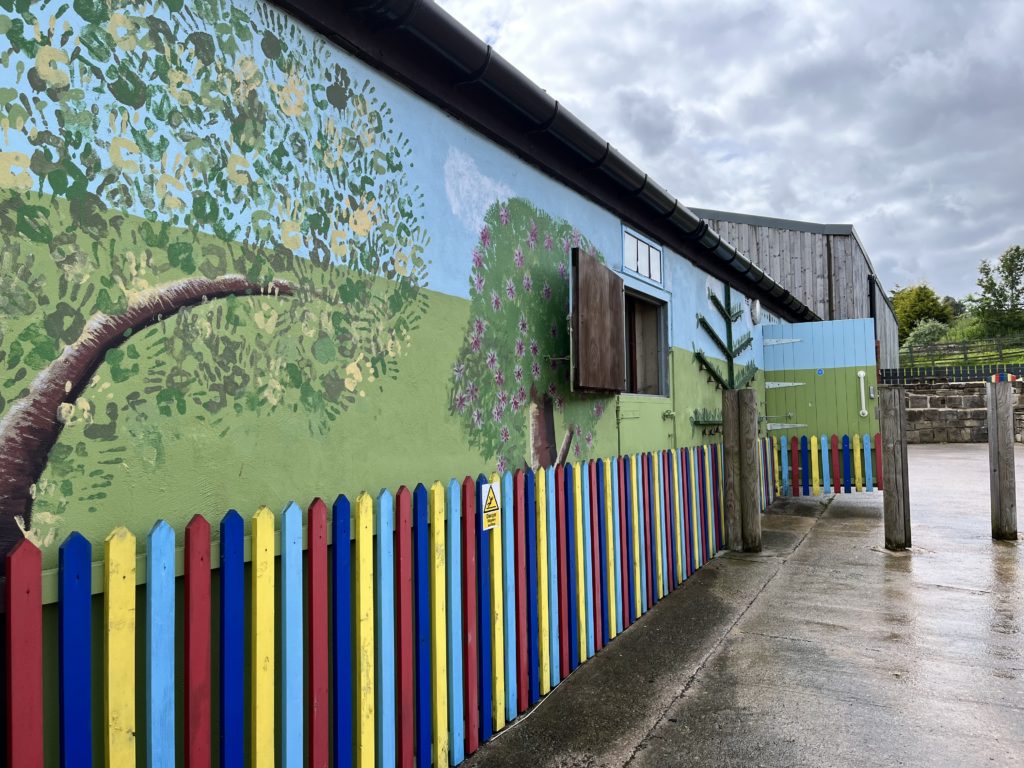 It was then time for the first activity of the day: canvas painting. All the children got their own canvas and were simply told to let their imaginations run free. Some chose sunsets, cuddly toys and animals, while others painted some of their favourite parts of the week so far. This was a great chance for each member of the Oliver’s Travels team to chat to the kids and hear about their experiences. Quite a few of them came from the same school, which meant they at least had a few familiar faces when they arrived. 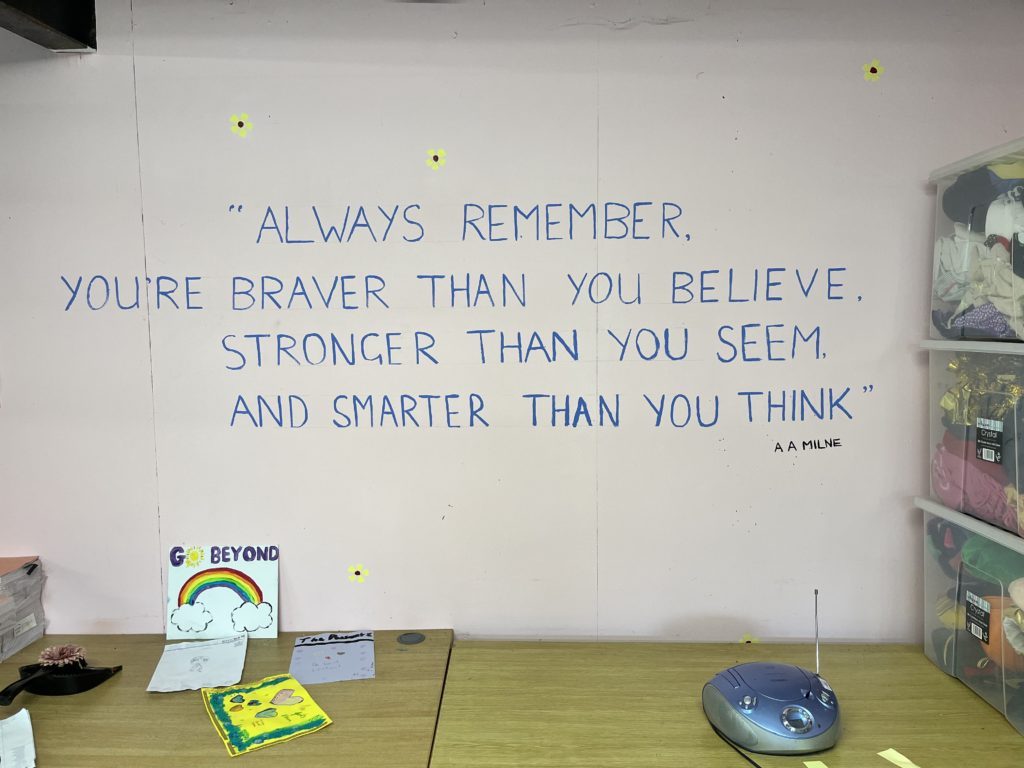 We also heard from some of the volunteers how this particular group was quiet to begin with, but had really opened up with time – something that’s common with children from disadvantaged backgrounds. It’s great to see how fast the team here is able to have such a positive impact, instilling confidence and making sure that every child attending feels comfortable and safe. 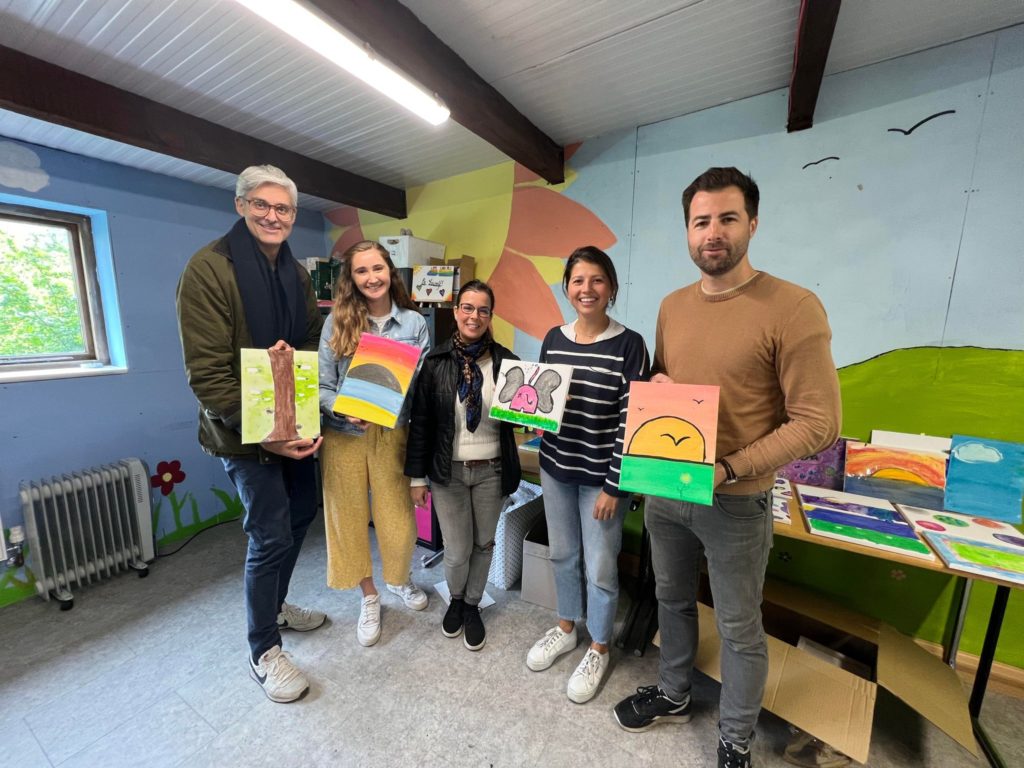 Once their masterpieces were complete, we headed over to the dining area for the next activity. While chatting with the kids, we’d heard how many of them enjoyed yesterday’s baking activity, where they made cupcakes and topped them with fondant animals. They were all excited to see what lay in store for them today, and found out they’d be making their very own pitta pizzas! The tables were laid with pittas, tomato sauce and cheese which they assembled, and then it was over to the toppings bar for some yummy flourishes. 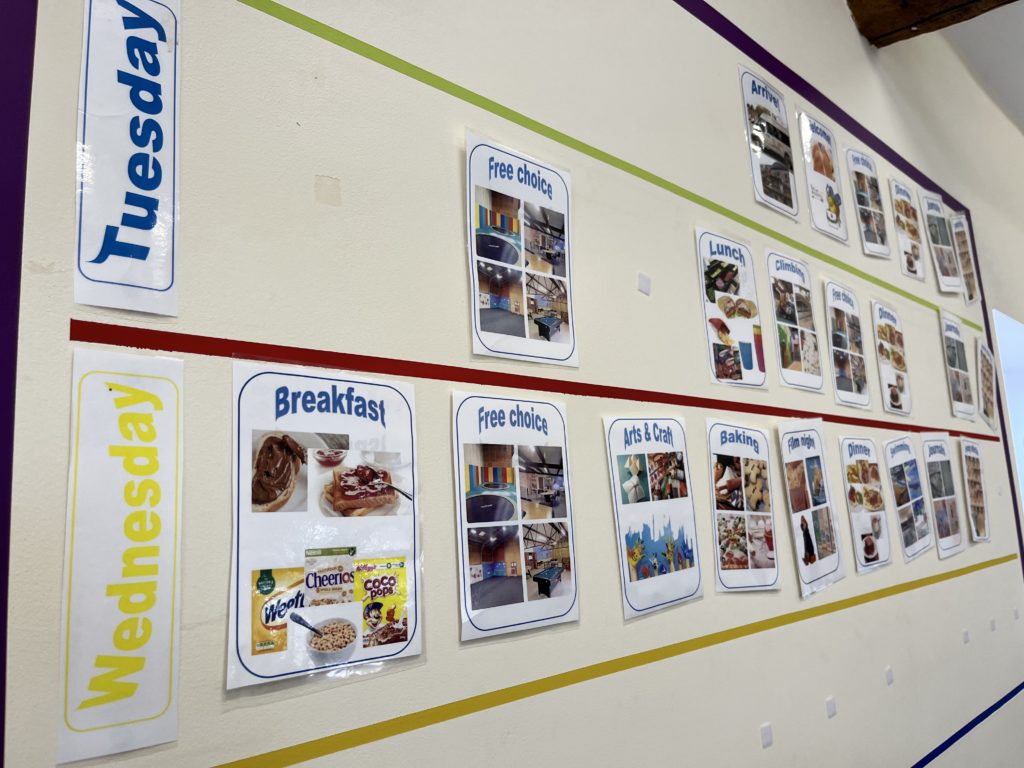 We all enjoyed our lunch before the kids headed to watch a movie – some relaxing time was needed as they were going swimming later, which was again something we kept hearing about as they were just so excited for it. This allowed us to take another tour of the retreat, ask some more questions and have a final jump around on the trampoline. It was then time to head back to London, but everyone agreed that it was such a worthwhile day getting to see the impact that our organisation is able to have. 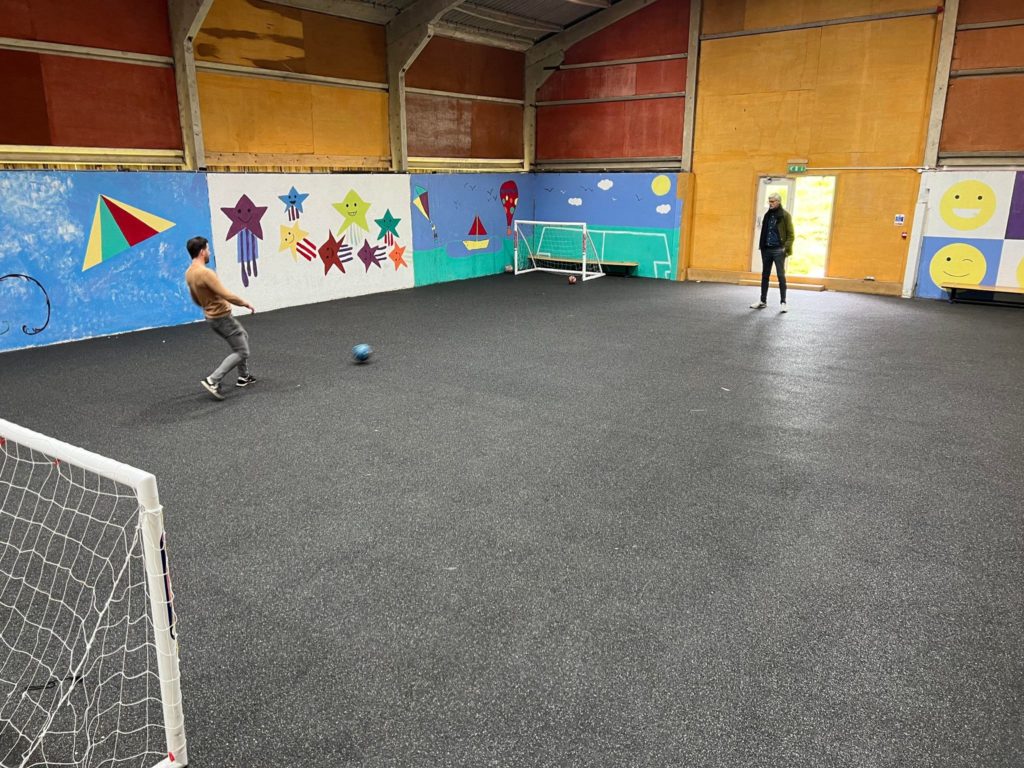 Go Beyond currently receive referrals from teachers and social workers for children who are in need of a break (you can also refer a child here). They have quite a long waiting list, especially after the last couple of years has created a backlog, meaning they are typically running breaks back to back in both their UK centres. This also goes to show just how many children in the UK could benefit from one of these week-long retreats, so we’re proud to be continuing to work with this fantastic charity for many years to come.

We already donate 1% of our profits to Go Beyond, but if you would like to make a difference too, please follow this link to donate.