Florida is best known as the Sunshine State, home to magic kingdoms, futuristic studios and first-class waterparks. But few realise that Florida is more diverse than ever. Sure, the theme parks are incredible, but they only scratch the surface when it comes to family attractions. For one, the beaches here kick Europe’s to the curb; there’s also wildlife to unearth, you can traverse through space at the Kennedy Space Center or get down to Miami for a night or two.

Whatever it may be, Florida continually has the ability to surprise. Throw in its astounding value for money, and it’s a no-brainer that families return year after year. 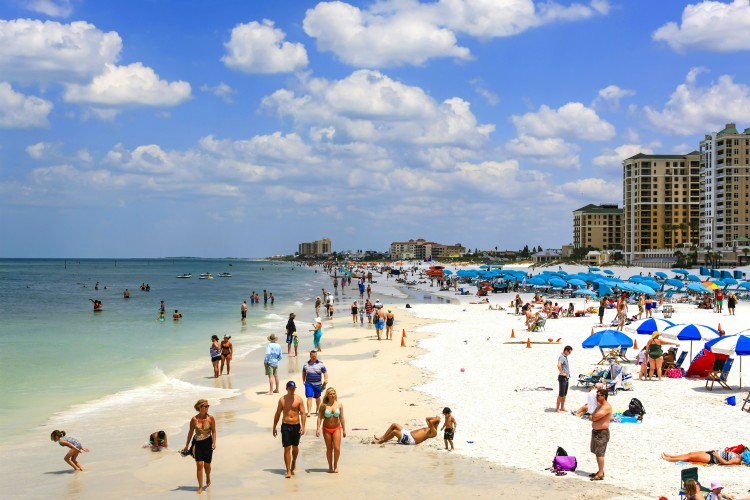 Sunshine on Clearwater Beach Florida, voted the number one beach in America

Also known as the beach of your dreams. With soft white sands and clear shallow waters, in no time you’ll see why TripAdvisor named Clearwater the best beach in America for the second year running. You can rent a cabana, beach chair and umbrella. Get yourselves cosy, and an attendant will come for payment.

The beach alone is enough to entice the kids, but the small-town atmosphere is wildly hard to beat. Sure to make your little ones giddy is the Clearwater Marine Aquarium, home to Winter the Dolphin. Star of the movie Dolphin Tale, Winter swims with a prosthetic tail. His willingness to overcome adversity is something you’ll all remember for a long time. 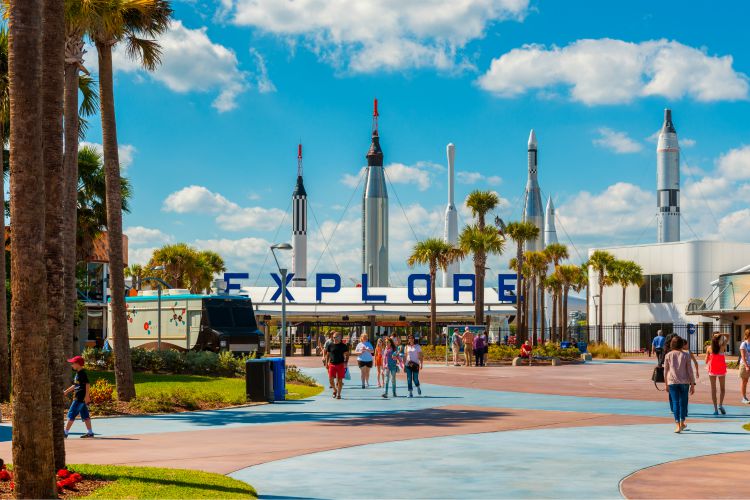 For all things interstellar, there’s nowhere better than Kennedy Space Center. For starters, it’s the only place in the world where you can see Atlantis, but take it one step further and you can hop in a simulator where you can feel what its like to be inside! Get there as early as 9 am and make it a full day of touching moon rocks, watching a shuttle launch or meeting a veteran NASA astronaut.

Kids of all ages will love discovering mankind’s journey into space, even more so if they’re avid fans of rockets and galaxies of far far away. All that’s left to say is: space cadets buckle up. 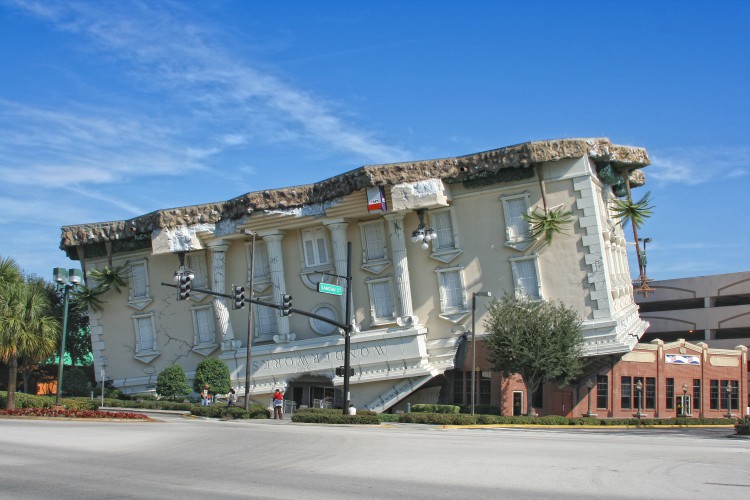 Education might not be on the kids’ agenda but think of WonderWorks as ‘edutainment’. With over 100 exhibitions, your worlds will turn upside down – literally. With the ceiling under your feet and the ground above your head, it’ll do wonders to spark creative minds.

Once you’ve covered the exhibits, venture to the basement for more action-packed family fun. Get competitive over a Laser-Tag battle, or take to the skies in the glow-in-the-dark rope courses. Whatever tickles your fancy, WonderWorks guarantees buckets of fun. 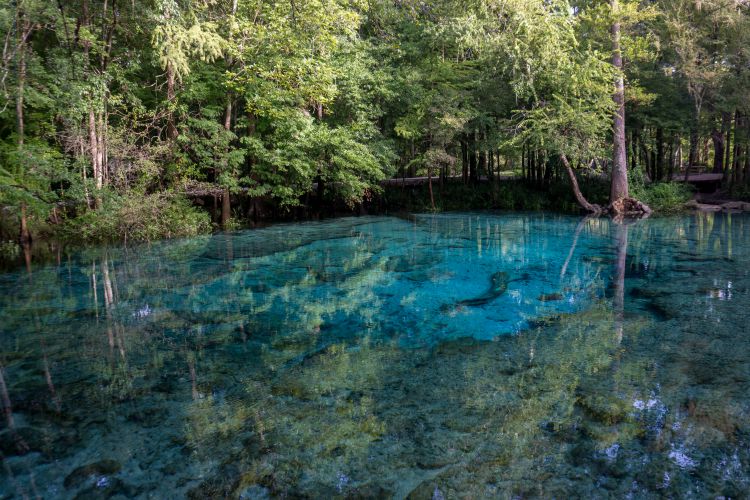 In a state overflowing with entertainment, the Florida Caverns State Park is a hidden chance to explore stunning caves away from the topsy turvy thrills. The underground rooms date back to the 1930s’, and throughout the 45-minute tour, you will come across limestone stalactites, soda straws, draperies and more. When in doubt, caves are always a hit with children!

Bar the caves, the Florida Caverns are popular for a swell of things: camping, fishing, boating, hiking and the list goes on. On a summer’s day, you can even picnic and take a dip in Blue Hole Spring, a pool with creamy aquamarine water. A metal deck with ladders is your best access to the water and little stumps of cypress trees add to the natures magical touch. 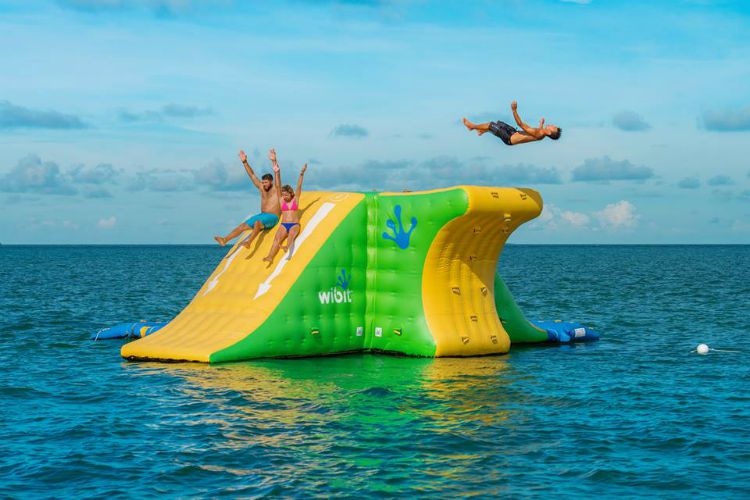 Far from the theme parks of central Florida, head down south to explore nature’s own water park at the beautiful Key West. Here, Fury Water Adventures has spent the past thirty-some year making the most of the crystal blue ocean that attracts visitors down to the Keys (and keep them coming back year after year). At fury, you can take part in all epic water sports excursions – everything from snorkelling, Jet Ski tours, dolphin watching, parasailing… you name it.

Popular among the locals, you can be sure Fury is the real deal. They also donate 1% of their proceeds to coral reef conservations efforts to keep the Key’s marine eco-system thriving. That’s always a big plus in our books. Water sports not your thing? Head out on one of their romantic sunset cruises – there is no better way to end a beautiful day. 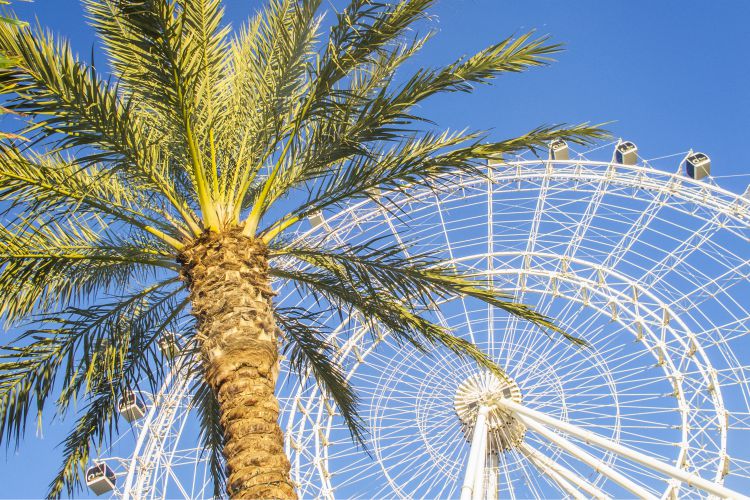 If you’re the type who wants to see where things are really happening, head to International Drive. Nicknamed I-Drive, this is Orlando’s main tourist strip. Although not quite downtown, it’s definitely the city’s main hub and practically a destination in its own right. We could probably spend a whole day shopping the premium designer outlet (maybe stopping for a delicious meal at one of the many incredible dining spots) but then we’d miss out on all the other fun.

Along the Drive, you’ll also come across amusement parks like Fun Spot America, Adventure Golf venues, the incredible views of the ICON Orlando Ferris wheel and endless other attractions. If we were to list them all, you’d be here all day. It’s also just a stone’s throw Universal Studios and a short drive from Disney.

If you’re itching to visit Florida, don’t hesitate any longer! Get in touch with our concierge team; they’ll find you a dreamy villa in Florida, and sort you out with your attraction tickets.

If you’re keen to visit the theme parks, as well as any of the attractions above, here’s a snippet of what we offer:

Just send an email to Amelia, our resident expert on all things Florida, and she will be happy to help.

And if you want more information about timetables, prices, theme parks, and all frequently asked questions about Walt Disney World Resort, check our Disney villas page.