As the theme park capital of the world, Florida has become a true tourist hotspot ever since 1971 when Magic Kingdom, the first park at Walt Disney World, opened its gates. Today, the Sunshine State is a honey pot for anyone who loves immersing themselves in worlds that bring your wildest fantasies to life – think everything from a galaxy far, far away to a land inhabited by Andy’s toys. And it’s not just for kids either – expect to find big thrills and spills among tamer, more child-friendly attractions. Throw in year-round sunshine and it’s no wonder this state is the second-most visited in the US.

Due to the bounty of theme park riches that Florida boasts however, your options can be overwhelming, whether you’re a first-time guest or have become something of a regular across the pond. Luckily, we know a fair bit about the best theme parks in Florida to help you decide which to prioritise. 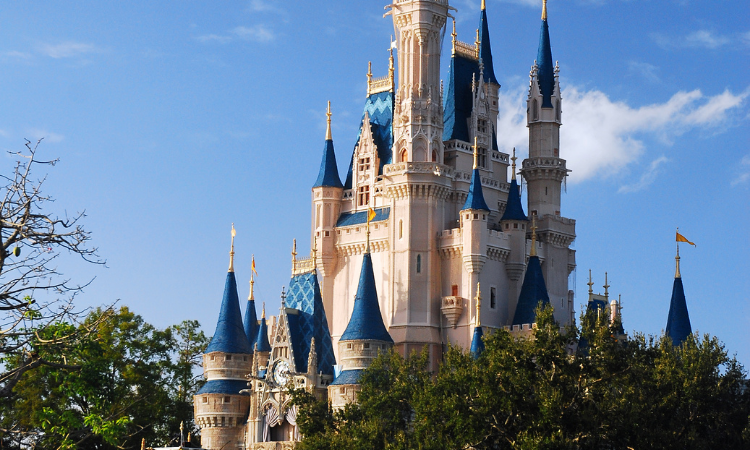 Magic Kingdom is undoubtedly the top theme park in the US, welcoming nearly 21 million guests in 2019. It captures all the charm and whimsy that you’d expect from a place that’s main icon is Cinderella Castle, extending out from a central hub into lands dedicated to adventure, fantasy and the future.

Now celebrating its 50th anniversary in an 18-month long celebration, Magic Kingdom is brimming with beloved Disney characters and classic attractions around every corner, calling on the favoured fairytales of everyone’s childhoods for inspiration.

Whether you’ve got young ones and are looking for things to do in Florida with kids, or consider yourself young at heart as you yearn for simpler times spent watching cartoons after school, you’ll be spoilt for choice here. We’d suggest taking an interstellar ride on Space Mountain and spinning around in a teacup, tucking into one of Casey’s delicious foot-long hotdogs or perhaps a freshly powdered funnel cake. Then, it’s time to marvel at the theatrical parades before ending your day with an awesome fireworks display. With all the rides, characters and snack hunting to cover, you’ll need at least two full days to find your feet here – they don’t call it the most magical place on Earth for nothing!

Top tip: If you want to have a meal at Be Our Guest, Cinderella’s Royal Table or one of the other in-demand table-service restaurants, you’ll have to book your reservation 60 days in advance.

Good to know: The new skip-the-line Genie+ system is available to purchase on the day for $15. Reservation windows for every ride open at 7am, and from there you can book onto one attraction at a time – so be sure to buy your way in before! 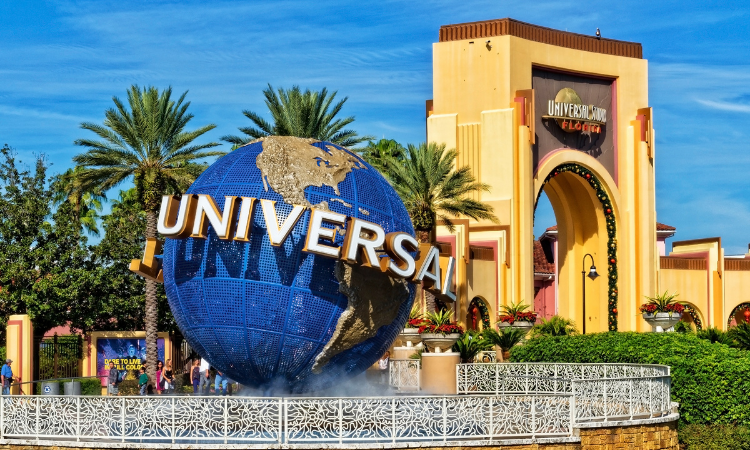 While many come to Orlando with the goal of meeting Mickey Mouse, you definitely shouldn’t overlook a trip down the I-4 to visit the Universal Orlando Resort. One of three parks now, Universal Studios offers a welcome fusion of nostalgic classics like E.T and The Mummy with modern favourites such as Despicable Me and Shrek.

Thrill-seekers will gush over Rip Ride Rockit, which sends you on a 90-degree climb with a soundtrack of your choice blasting in your ears. However, the main attraction for many will be the The Wizarding World of Harry Potter, welcoming you into the boy wizard’s beloved Diagon Alley where you can sip on butterbeer, buy a wand and cast spells before taking a ride through Gringotts Bank.

Ready to take a break from the rides? Spend some time in the Springfield section where you can enjoy a cold Duff beer, Lard Lad supersized doughnut and a Krusty Burger!

Best for: Families with older kids and teens.

Best rides: Harry Potter and the Escape From Gringotts, Rip Ride Rockit and Revenge of the Mummy.

Top tip: Try to visit during Halloween Horror Nights, which runs from September to the first week of November. This separate ticketed event brings together jump-scares, haunted houses and ghoulish snacks galore.

Good to know: Universal Studios and Islands of Adventure are within walking distance of each other (no more than 5 minutes). If you don’t want to walk it, you can take the Hogwarts Express, which connects the two parks from the inside – just note that you’ll need to have purchased tickets to both parks to access the train. 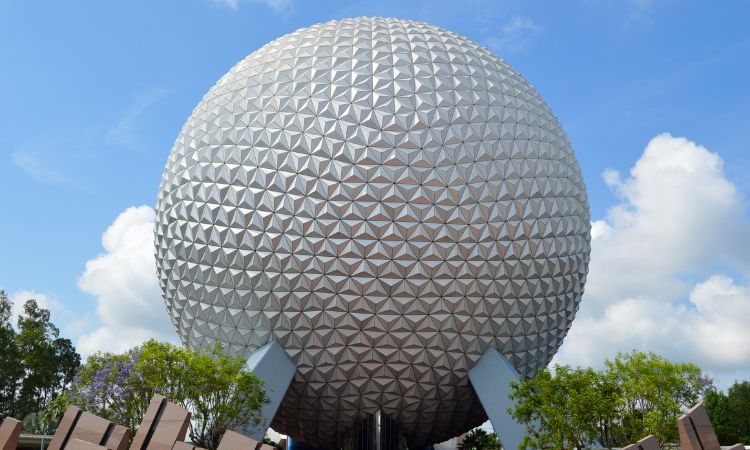 Get ready to ignite your imagination at EPCOT! Literally. The park is undergoing quite a makeover right now, in a multi-step process that will see its outdated Future World transformed into something entirely new. In the meantime, you can still enjoy classic rides like Soarin’ Around The World, which sees you flying over sights such as the Eiffel Tower, Great Wall of China and Taj Mahal. Prefer to keep your feet firmly on the ground? Build your own car at Test Track and test its performance in real time.

However, the main pull of this park right now is the World Showcase. Made up of 11 pavilions, with each representing a different country and its culture, this 1.2 mile stretch allows you to wander the streets of Paris, see the acrobats of China, and even grab a pint in the UK. Feeling particularly daring? Take up the unofficial ‘Drink Around The World’ challenge, sampling a different beverage in every country. Got kids along for the ride? Let them try the non-alcoholic alternatives, or perhaps attempt a food-based crawl instead.

Best rides: Frozen Ever After, Soarin’ Around The World, Test Track.

Top tip: This is probably the place where you’re likely to spend the most on food and drink, so opt for a light breakfast and have your dollars ready! 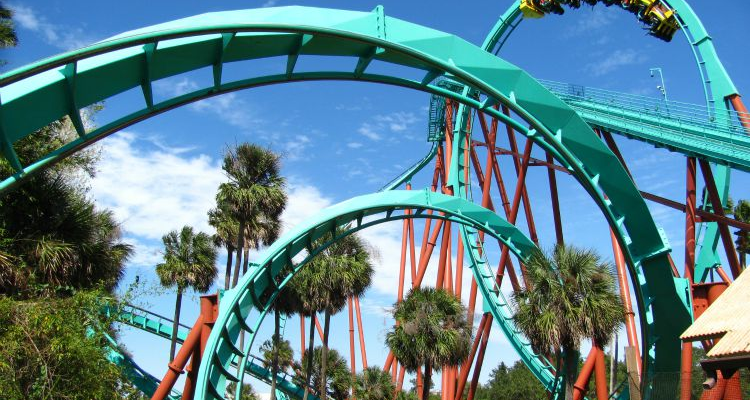 Fancy yourself an adrenaline junkie? Get in line at Busch Gardens. Home to a 200-foot floorless diver coaster, Florida’s first family spin coaster and a furious 335-foot freestanding drop tower, the rides are guaranteed to take your heart rate up a notch or two.

But it’s not all about daredevil drops here: little ones will love the Sesame Street Safari of Fun, with plenty of photo opportunities and gentler attractions for them to enjoy. Aside from rides, Busch Gardens is also home to more than 12,000 animals from 300 different species. You’ll have the chance to spy sloths, elephants, giraffes, and many more while strolling through the park. However, if you’re going for the animals specifically, we recommend starting early as they’re more active when the temperatures are cooler.

Best for: Thrill-seekers and animal lovers.

Top tip: Bring a change of clothes, or at least socks – there’s a very good chance you’ll get soaked on the rapids! It also takes over an hour to get to the park by car from Orlando, so set those morning alarms. 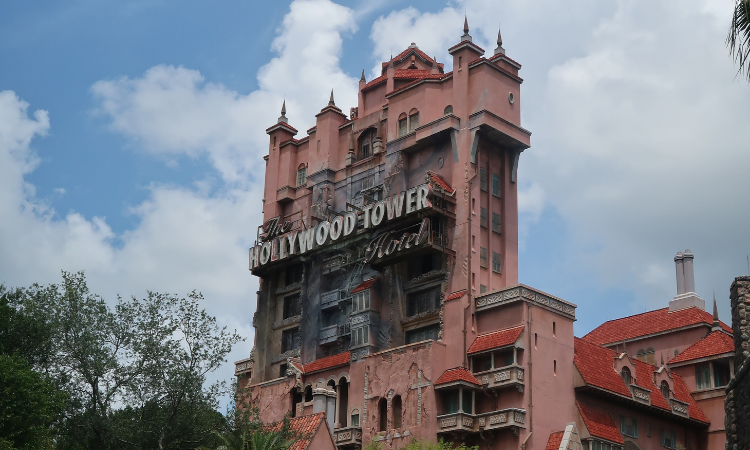 Moons ago, Disney’s Hollywood Studios was famously known for its big-hitting attractions: Twilight Zone Tower of Terror and Rock ‘n’ Roller Coaster were huge draws. While they’re still popular today, recent additions are likely to draw the highest crowds at rope drop. Once such area is Toy Story Land, where guests of all ages are made to feel like they’ve shrunken down to the size of a toy. You’ll find the green army men parading around, a family-friendly Slinky Dog Dash ride, and a popular Woody’s Lunchbox quick-service spot – trust us when we tell you that the grilled cheese and tomato soup combo is a must, even in the Orlando heat.

However, the newest and most highly anticipated expansion is undoubtedly Star Wars: Galaxy’s Edge. This incredibly immersive land recently opened in 2019, giving guests the chance to get up close to the Millennium Falcon before flying it themselves. You’ll also get to try the infamous blue and green milks from the films, build your own droids and lightsabers, and see Rey and Chewie in action. The top attraction here, called Star Wars: Rise of the Resistance, is shrouded in mystery – experience it for yourself to discover why it’s a theme park game-changer.

Top tip: There are less attractions here, but don’t let that put you off – space them out across the day, catching a show or two in between to enjoy a slower-paced yet equally thrilling theme park day. 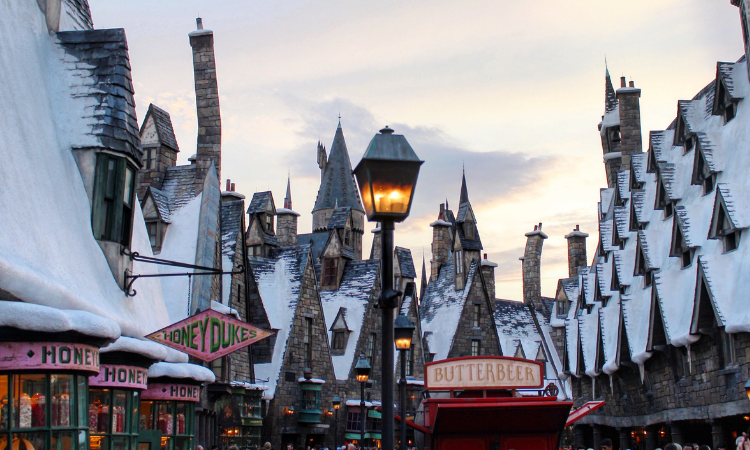 Islands of Adventure is where the Wizarding World of Harry Potter first came to life, transporting wannabe wizards into the snowy village of Hogsmeade. You’ll see plenty of guests enjoying a butterbeer in one hand while waving a wand in the other – and don’t be afraid to dress head-to-toe in official merchandise, or even your own set of Hogwarts robes! That’s because, waiting just around the corner, you’ll find the enchanting school looming up ahead, with an immersive attraction waiting inside.

If that’s not your thing, don’t worry: there’s lots more to discover here, including an area dedicated to Jurassic Park with a newly opened VelociCoaster, a whole Marvel land complete with Hulk and SpiderMan rides, plus a fantastical Dr Seuss section you have to see to believe.

Top tip: Make use of the free provided lockers to store loose change and any valuables before boarding some of the more intense attractions. 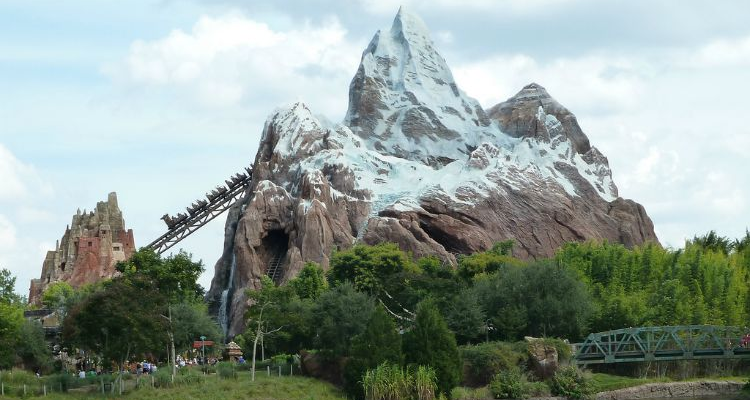 Don’t be deceived by the name – while Disney’s Animal Kingdom is home to many incredible species, this is so much more than your average zoo. Kilimanjaro Safaris takes you on a tour through the savannah that could rival any African expedition, spying everything from baby elephants and hippos to roaring lions and cheetahs. Then, celebrate one of the finest animated movies of all time at Festival of the Lion King – audience participation encouraged!

You’ll also get your thrills in with Expedition Everest, Dinosaur and Kali River Rapids. However for us, the obvious highlight of this park is Pandora: The World of Avatar. Based on the blockbuster James Cameron movie, this area transports you into the native Na’vi land, with Flight of Passage employing some of the world’s finest technology. Lines can be as long as 2 or 3 hours, but this is not one to be missed.

Best for: Animal lovers and the eco-conscious.

Top tip: Head to Pandora right at rope drop for the lowest wait times – it’s worth the early start! 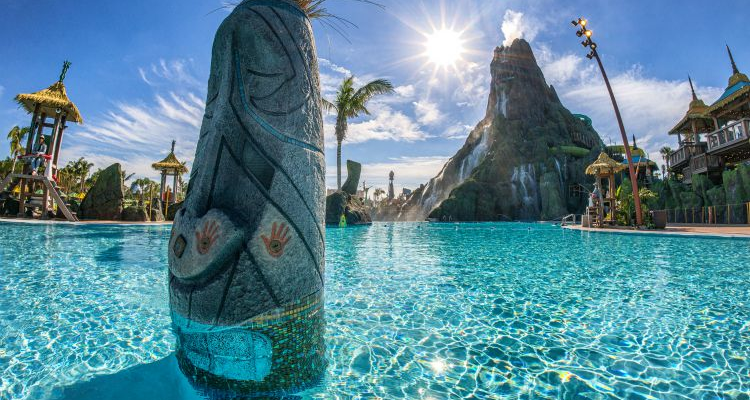 Since opening in 2017, Volcano Bay has revolutionised the world of water parks. A 200-foot Krakatau volcano acts as the park’s centrepiece and commands your attention from the get-go. Slides run down this imposing structure, but you’ll find many more all around the park that are sure to get hearts racing – alongside aquatic classics like a lazy river, of course.

While crowds have drawn here thick and fast in its first five years of operation, you don’t need to worry about endless lines – Volcano Bay provides every guest with a digital wristband for the day to access and track their place in virtual lines. That means you can go off and have a splash in the pool or grab a bite to eat before heading back to your chosen attraction once it’s your turn.

Best for: A more laid-back day in the middle of your trip.

Top tip: If it does start to rain, simply ride it out – you’re already wet, so you might as well keep having fun! You’ll also benefit from shorter wait times as the less committed start to leave the park.

So there you have it! Our pick of the best theme parks in Florida! Ready to start planning your thrill-seeking adventure? Check out villas to rent in Florida now, or have a chat with the knowledgable Oliver’s Travel Concierge Team to help bring your next trip to life.