When it comes to natural good looks, Cornwall sets the bar for UK holiday destinations. From long stretches of sand to the jaw-dropping scenery, this coastal county makes a fabulous retreat for anyone looking to escape the city scene. But most importantly, you quickly realise that you don’t have to fly around the world to seek adventures. With forests, castles, and beaches for days, Cornwall is the ultimate staycation – perfect for all ages. In recent years, Cornwall has come on leaps and bounds and found a newfound style. That being said, discover our range of beautiful villas in Cornwall to start planning your next holiday!

Cliffs tumble down to white sands; countryside opens out under blue skies and unspoilt Blue Flag beaches curve around the coastline. It’s a stunning backdrop for the likes of hiking, sailing and surfing. And thanks to Cornwall’s seriously long history, the landscape is flecked with historic sites from throughout the centuries. There’s a raft of attractions to be found alongside ancient monuments brought to life by tales of myths and legends. You can’t beat the Cornish coastline for a UK beach break.

With some of the highest year-round temperatures in Britain, you can visit Cornwall any time of year. The water is warmest in July and August when the days are largely blessed with beach weather. Cornwall’s summertime charms are no secret though, so it’s also when crowds are biggest and roads are busiest.

The south coast blooms in spring and the moors put on a show of colour in autumn. In winter, the rain may put brakes on any plans for long coastal walks. But you can have Cornwall’s spectacular scenery virtually to yourself.

With legends of giants, fairies and knights; dramatic landscapes studded with ancient castles and mystical ruins; and beach days filled with rock pooling, paddling and building sandcastles, Cornwall is a magical holiday destination for children.The beaches are some of the cleanest in the country and the landscape makes a great backdrop for walks, boat trips and bike rides. Rainy days are taken care of at dozens of kid-friendly indoor attractions, which range from aquariums to world-famous eco sites.

When it comes to family days out in Cornwall, these are just the tip of the iceberg. Check out our Best Family Activities in Cornwall blog post for the full lowdown on all of our top picks.

With some of Britain’s best coastline and miles of scenic countryside, the Cornish landscape lends itself to adventures of the outdoors variety. Hiking, sailing and caving are just a handful of the jaunts you can sign up for. And if it’s water sports that float your boat, Cornwall is famous for surfing, kitesurfing and diving. Not an outdoorsy bunch? No problem. This is a region packed with museums, botanical gardens and National Heritage treasures, all waiting to be explored. And when it’s time to refuel, there are more vineyards, tea rooms and farm shops than you can shake a pasty at.

More Laid Back Things to Do

Read our Best Group Activities in Cornwall blog post to find out more.

From Jamie Oliver and Rick Stein to Cornish cream teas and the great Cornish pasty, the most famous names associated with Cornwall’s food scene are all worthy of their notoriety. But celebrity chef-run restaurants and giant pasties aren’t the only reason foodies flock to this region.Local ports ensure there is superb seafood on menus in fine-dining and casual eateries alike, classic pub fare is served with charm in thatched-roofed buildings, and seaside staples such as fish and chips are served up and down Cornwall’s windswept coastline.

The Best Restaurants in Cornwall

Dishes and Foods to Try in Cornwall

The Best Foodie Experiences in Cornwall

Check out our lip-smacking foodie blog post for more of the best foodie experiences in Cornwall. 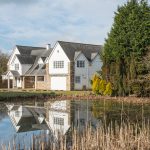 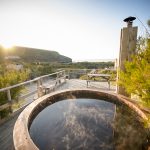 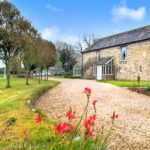