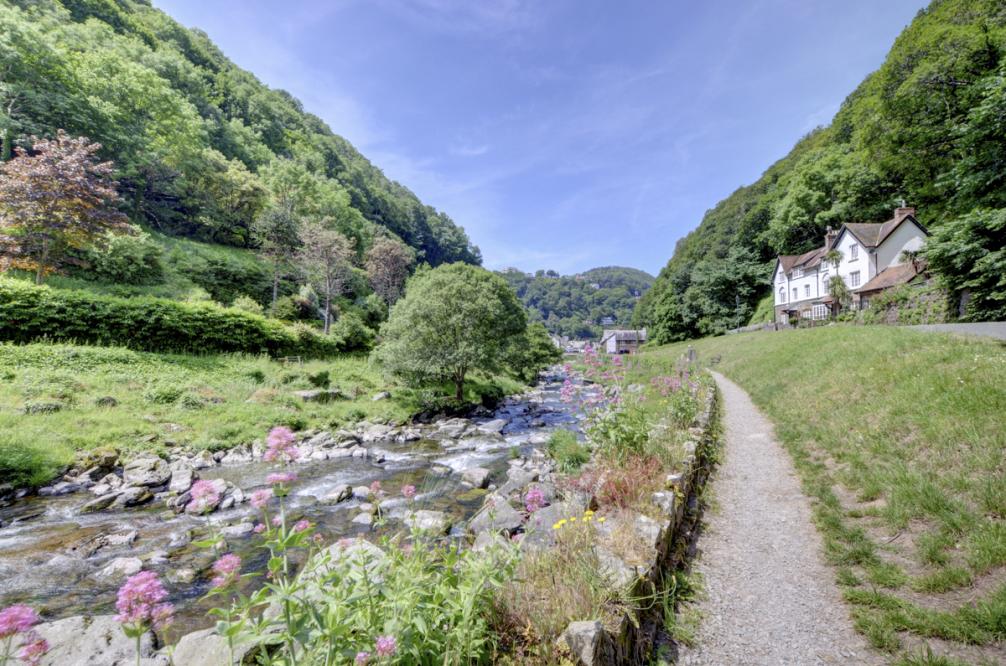 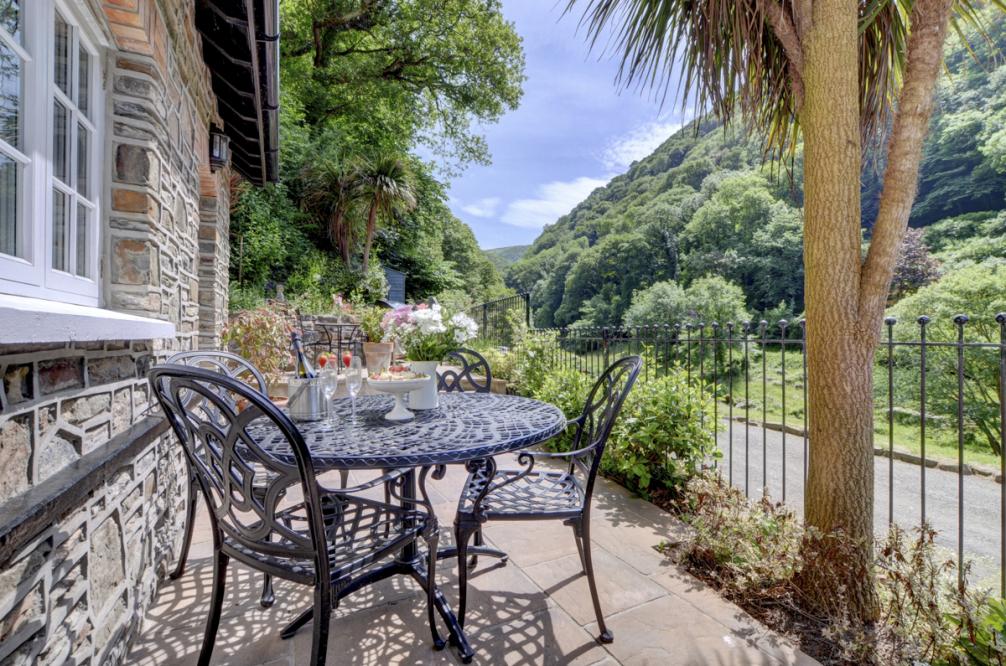 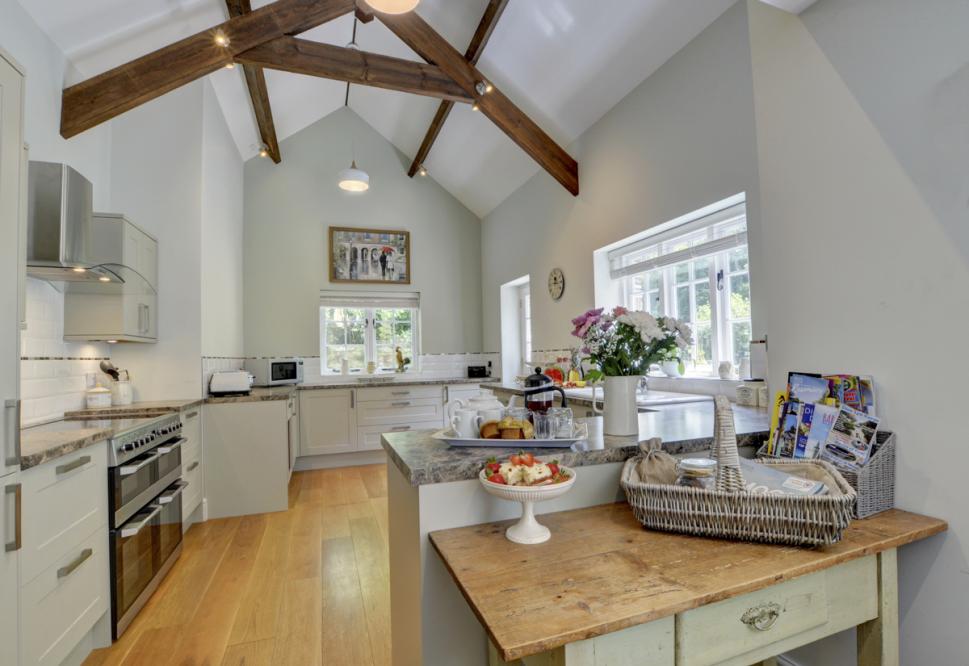 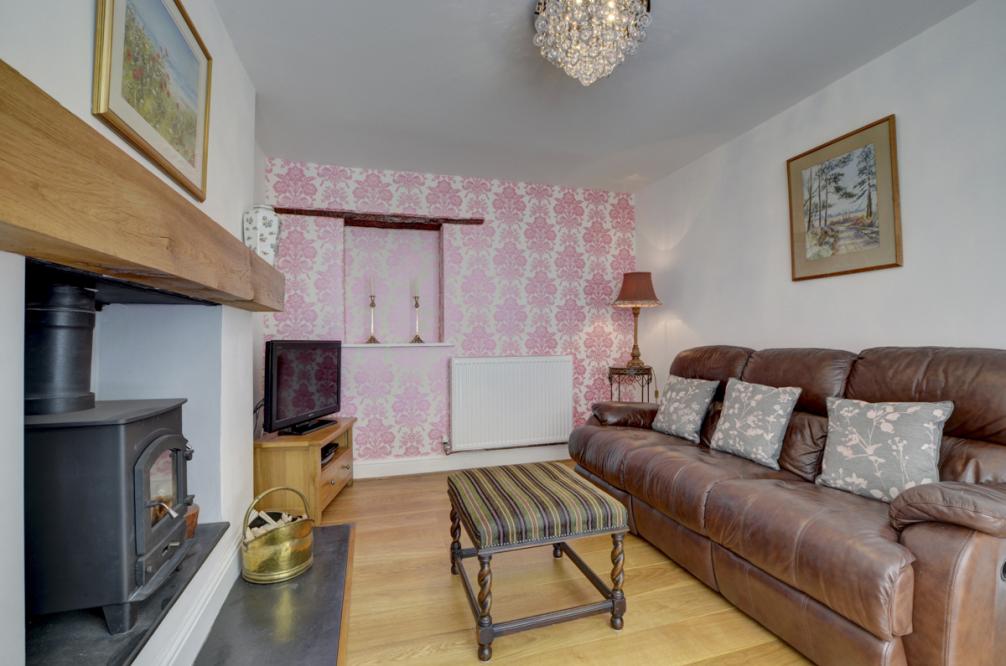 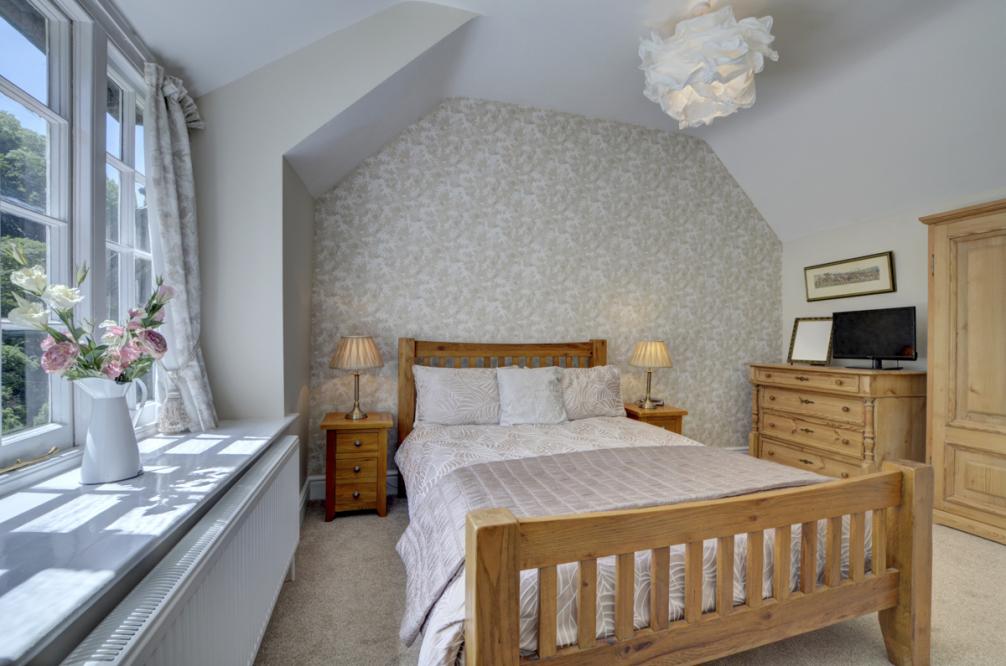 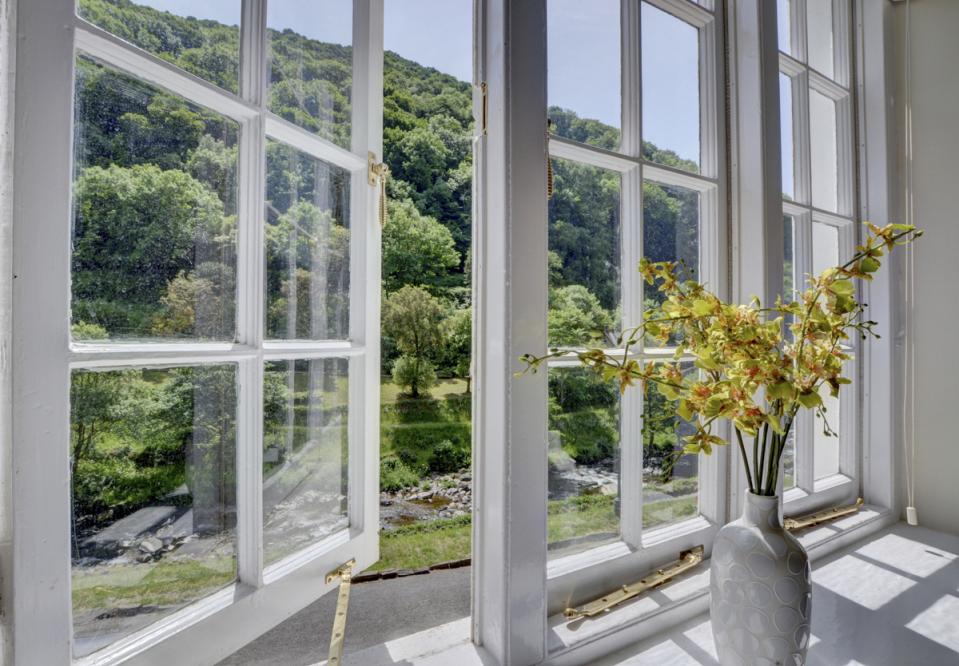 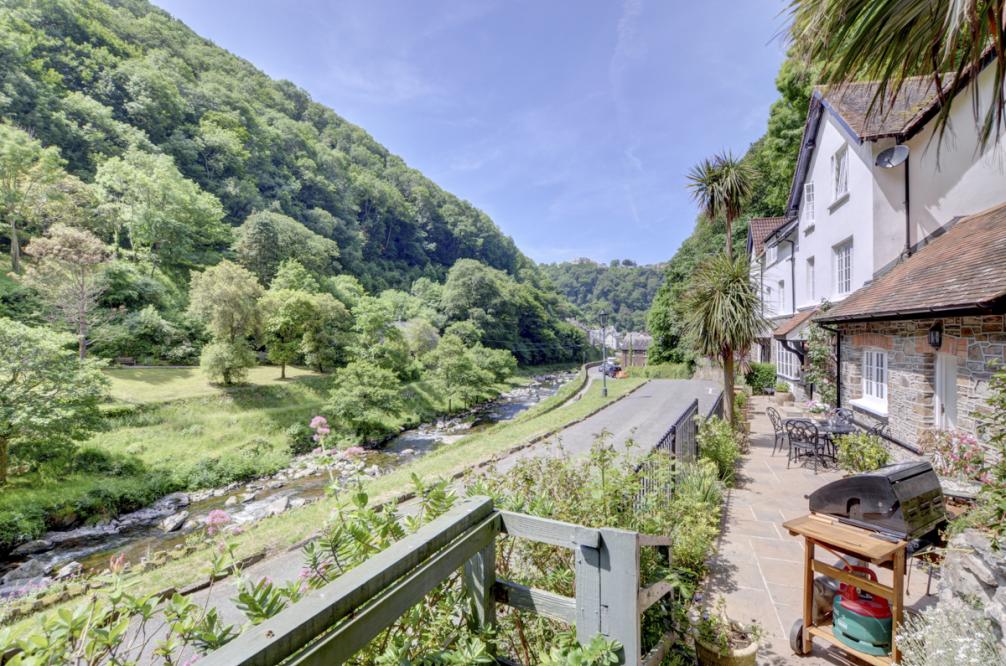 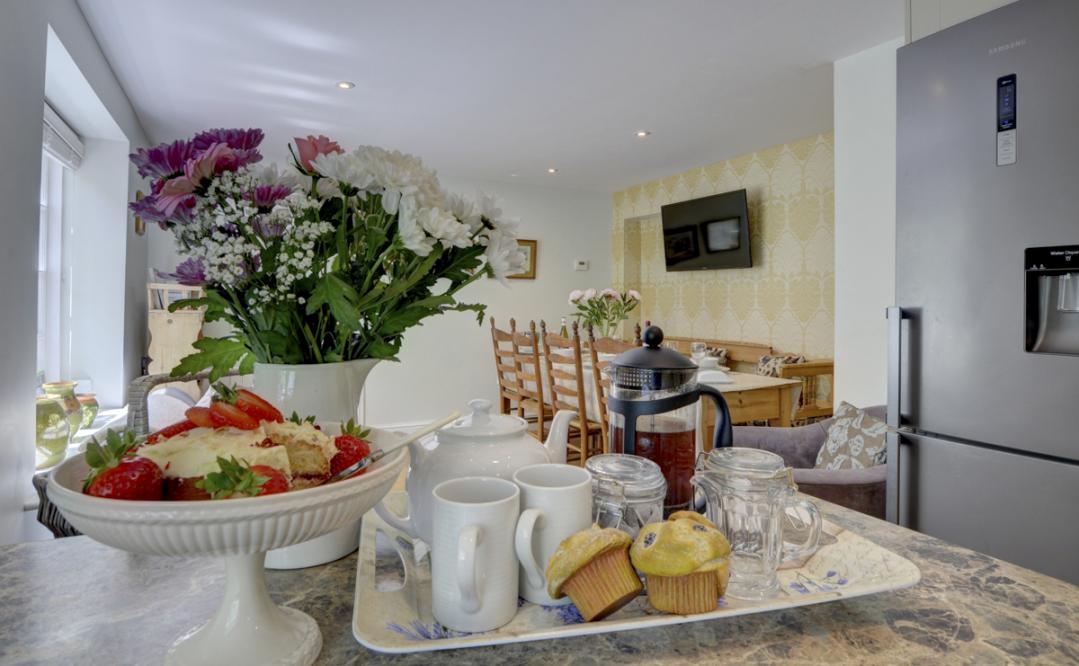 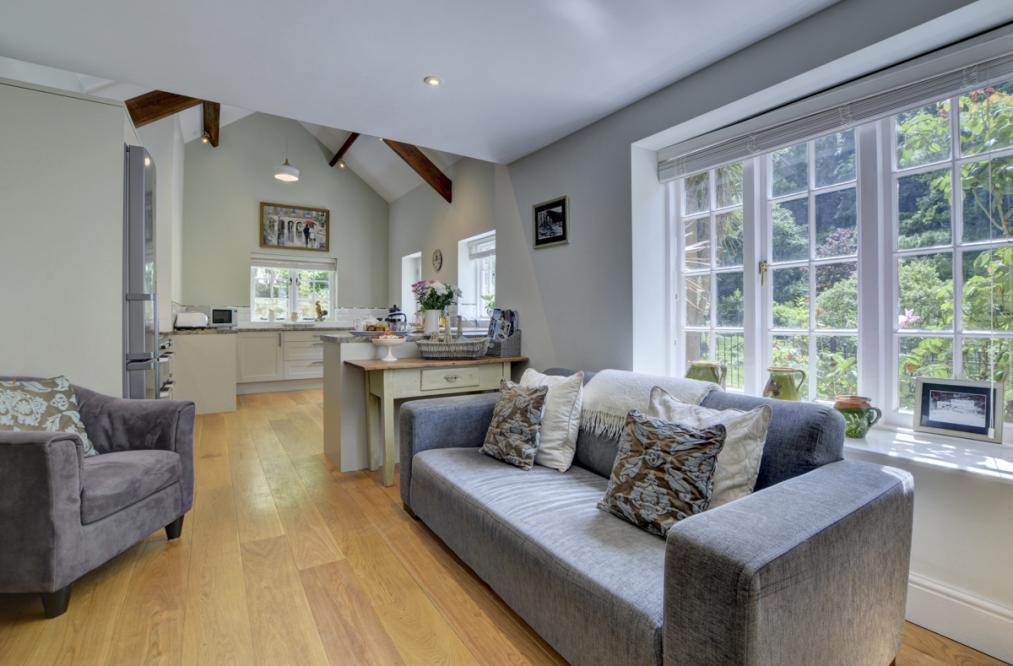 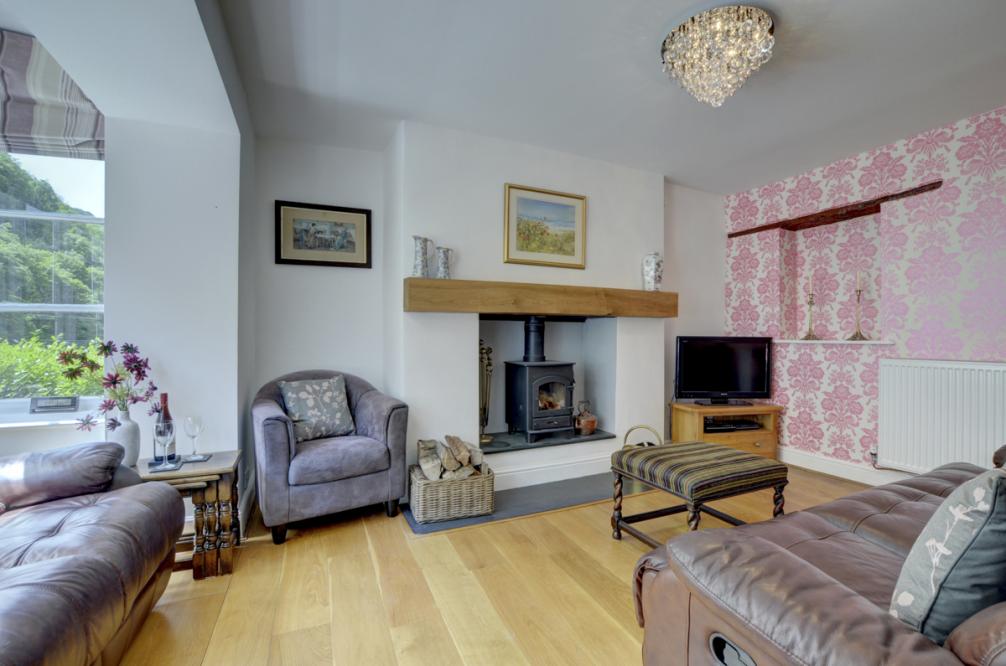 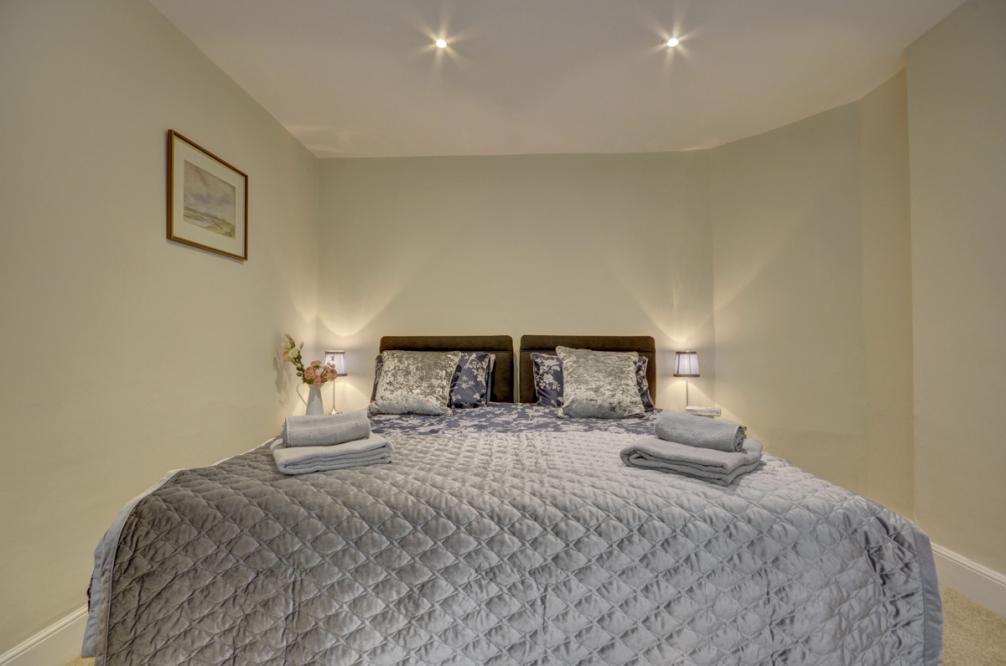 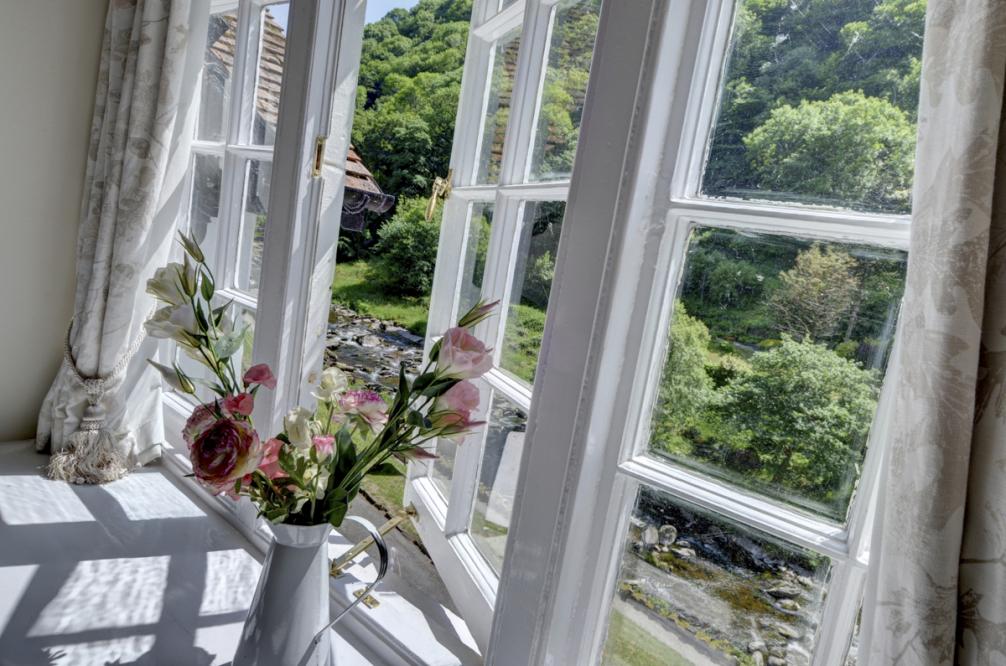 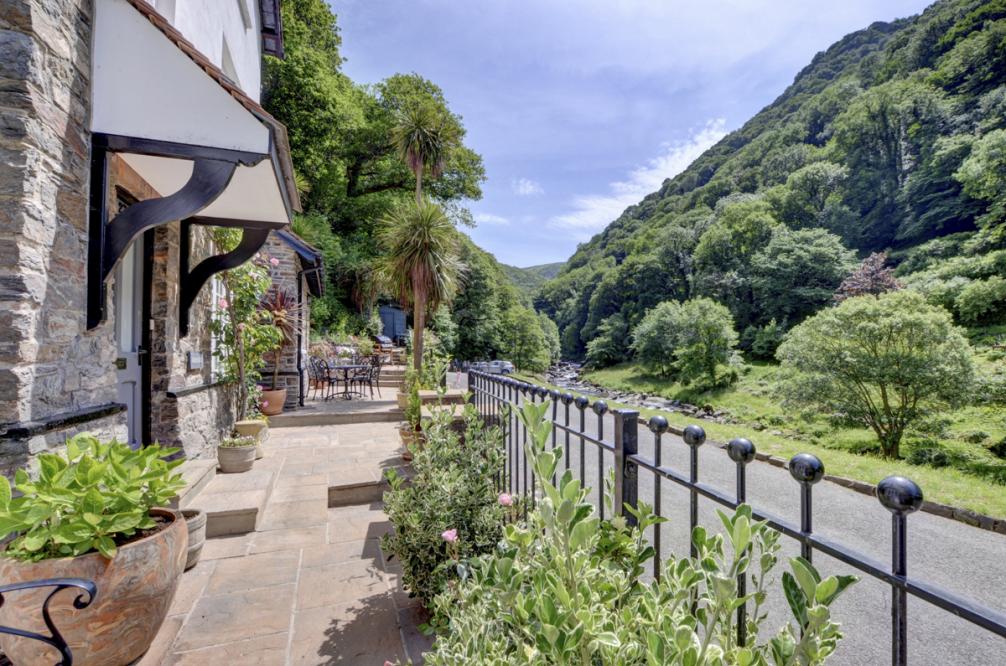 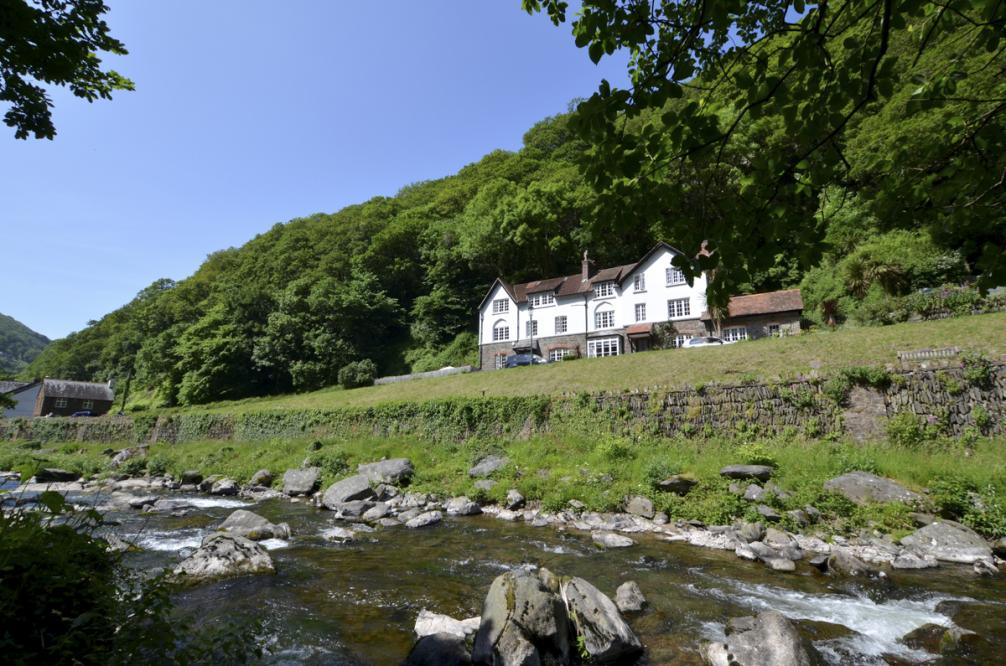 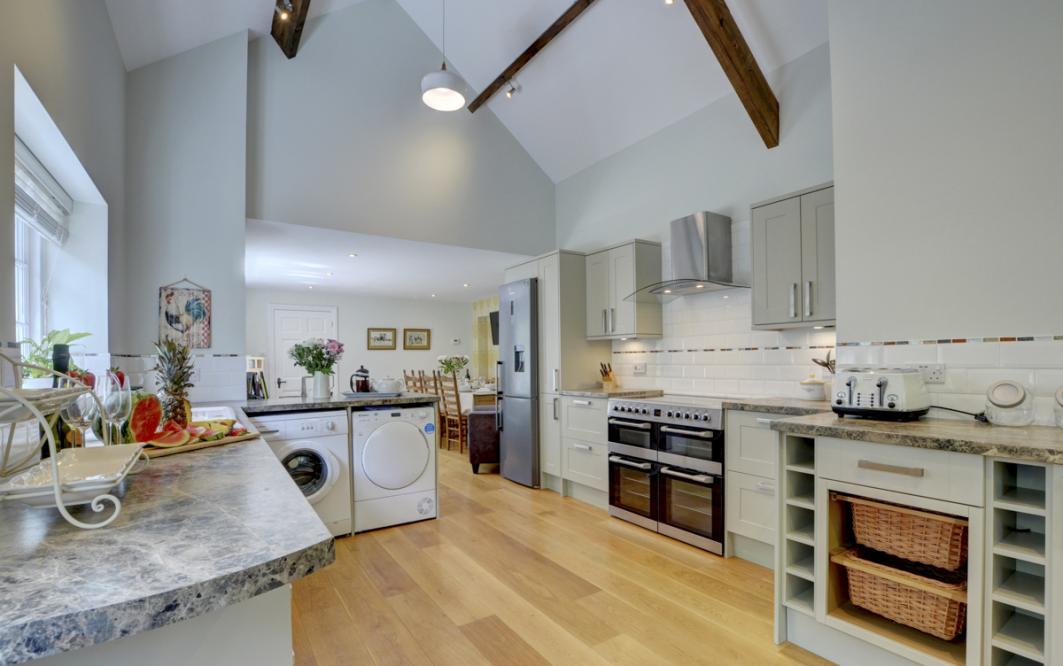 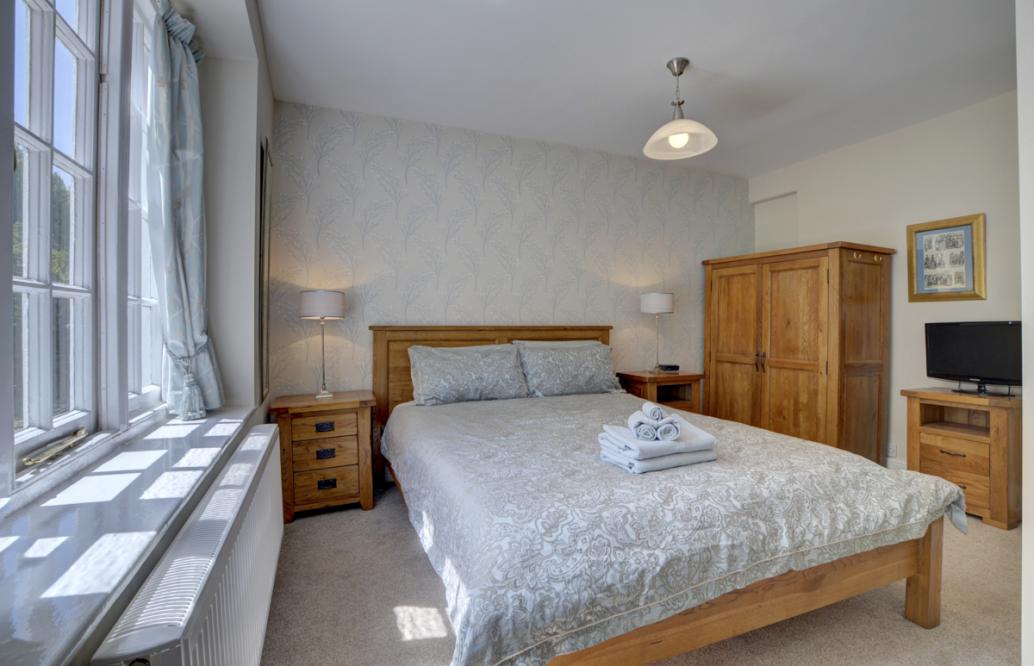 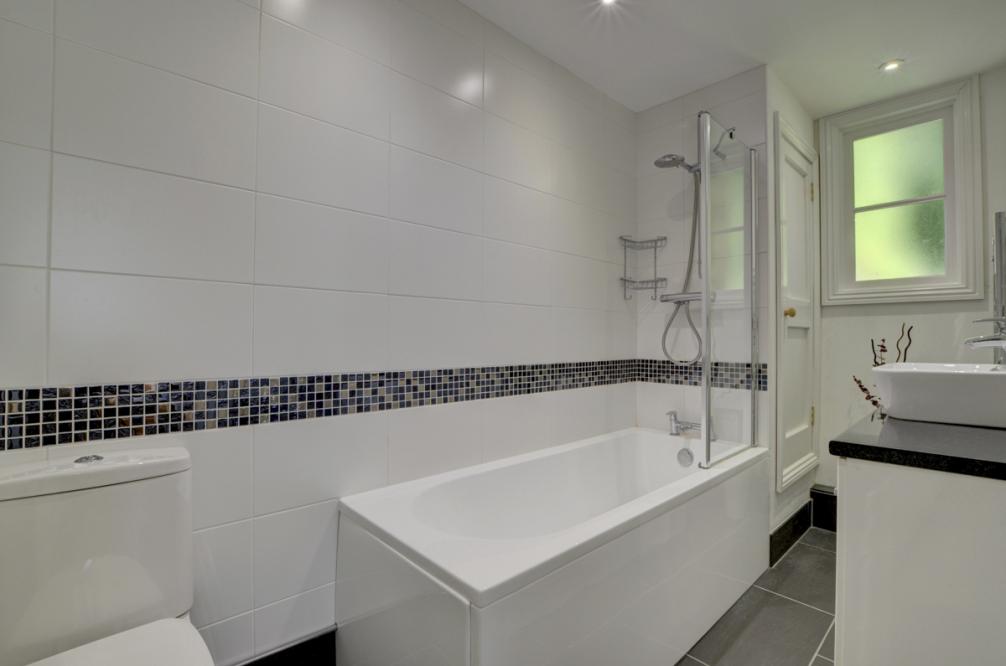 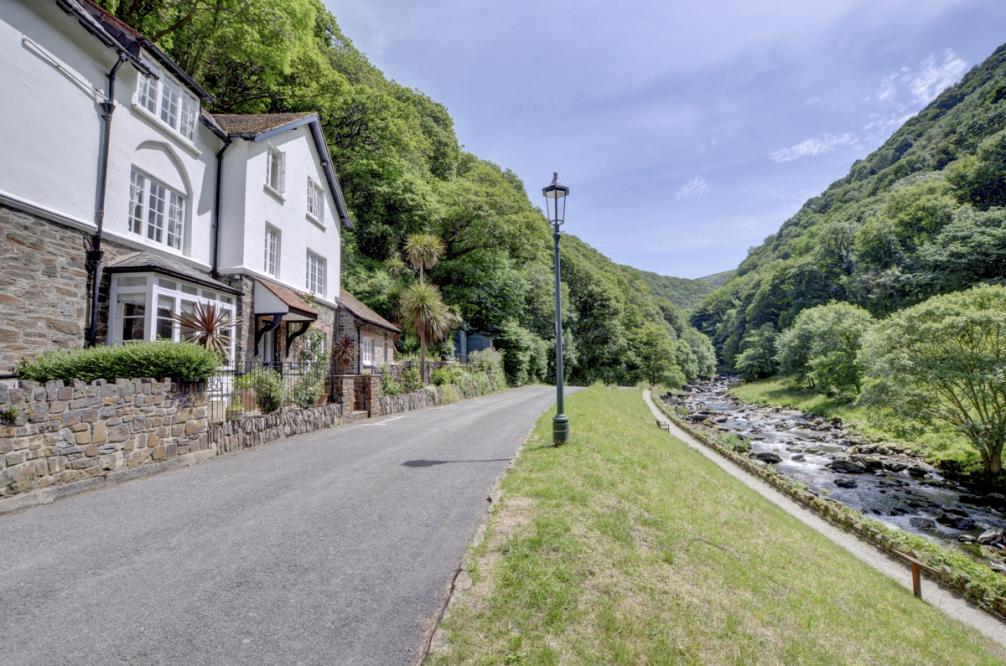 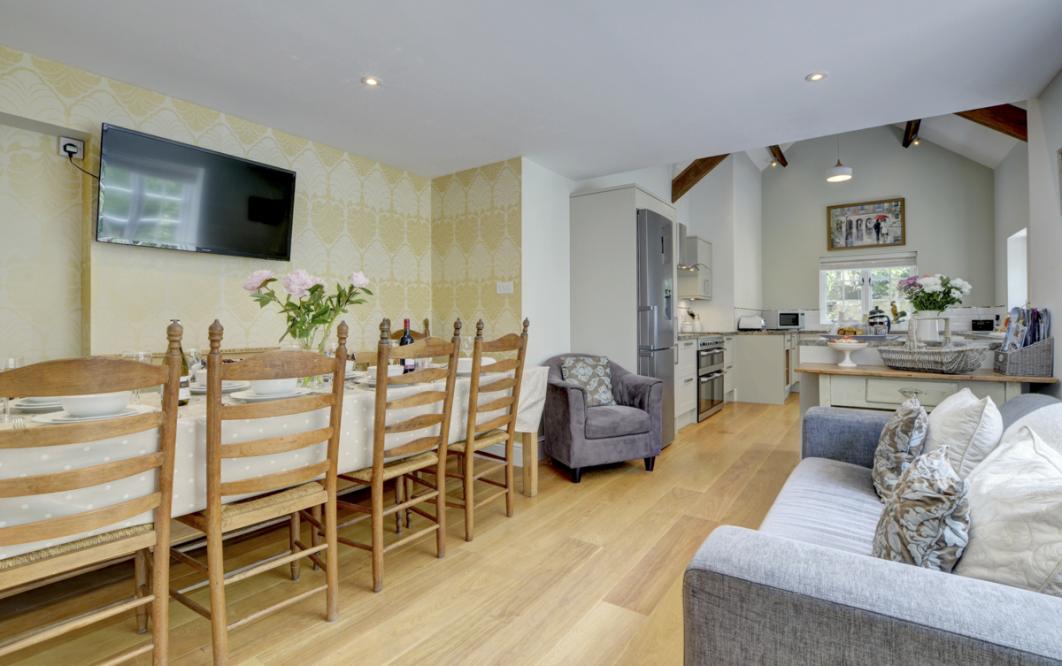 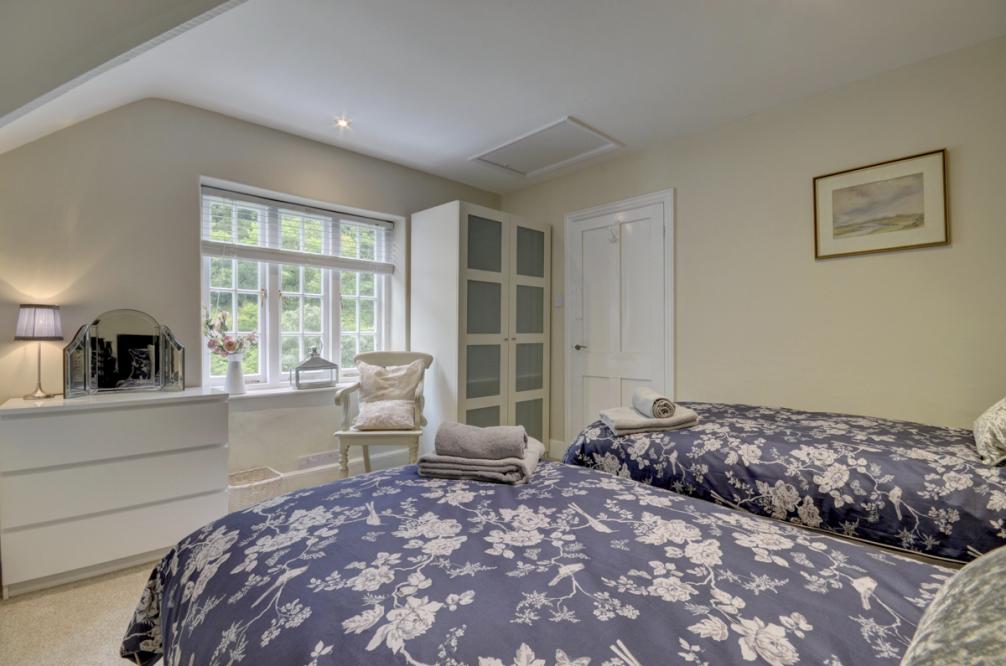 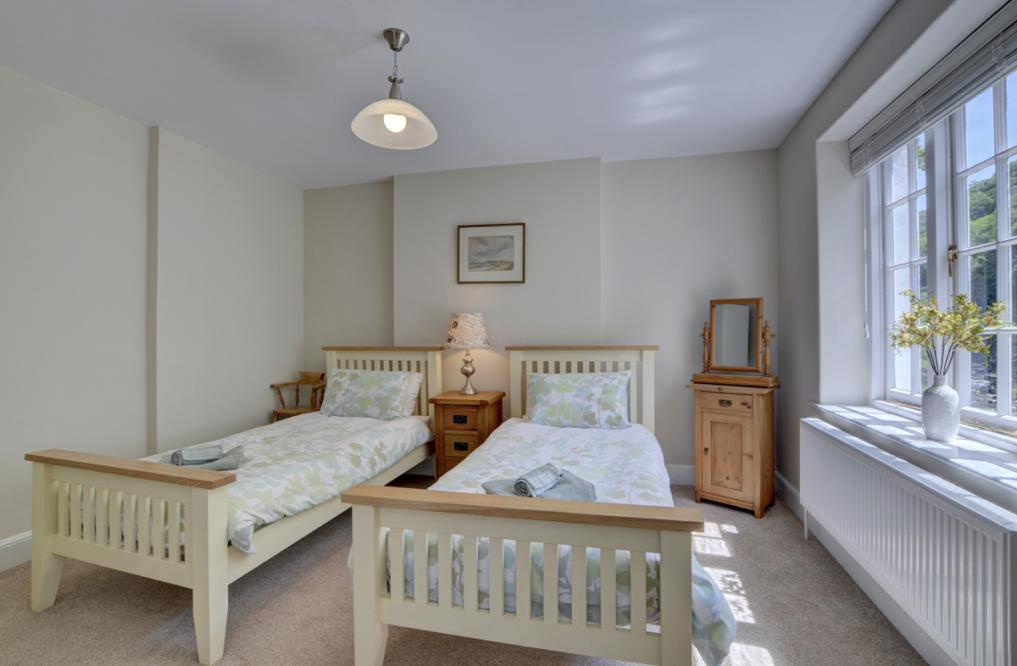 Tucked in the thick forest just meters from the gentle stream, Watersmeet Cottage is a beautiful home with a delightfully classical style, brimming with origina...

Tucked in the thick forest just meters from the gentle stream, Watersmeet Cottage is a beautiful home with a delightfully classical style, brimming with original character.

The welcoming living room is incredibly cosy, with two large sofas and an armchair around the log-burner and TV and even underfloor heating, ideal for the cooler months! Your majestic open-plan kitchen and dining room, with a bonus sofa, is a fabulous hub of the home, complete with a huge range cooker for whipping up some excellent meals! There’s tons of space for plenty of chefs to get involved and what’s more – the huge vaulted ceiling and stable doors leading out onto the patio make this a great central area for social occasions, connecting the interiors and exteriors seamlessly.

There are four bedrooms in total, all with an incredibly sophisticated and cosy design, including beautifully paired wooden furniture, vast double beds and enormous windows in each! Between the four rooms are three elegant bathrooms, including large tubs and rain-showers. One of the rooms features two single beds, which can be converted to a single super-king-size bed on request.

Out on the terrace, including both a front and side patio, you can enjoy a relaxed afternoon of soaking up the sunshine and indulging in a cream tea, all while enjoying the surrounding beauty of the Exmoor National Park. Thanks to your fabulously rural location you can enjoy the calm of the natural world and only the sounds of the birds singing and the East Lyn River flowing towards the sea.

The local harbour village of Lynmouth has a vibrant array of shops, pubs and tea rooms, as well as a picturesque harbour and several stunning beaches. You can enjoy walks in every direction, not least the renowned locations of the Valley of Rocks, Hunters Inn, Porlock Weir and the Doone Valley all nearby.

Second Floor
- Bedroom with double bed, TV and en-suite shower room
- Bedroom with twin single beds (can be converted to super-king on request) and TV

Enjoy the warm, welcoming and easy-going folk of the West Country, and the endless sandy beaches, fo...

Enjoy the warm, welcoming and easy-going folk of the West Country, and the endless sandy beaches, fossil cliffs, medieval towns and national parks of Devon, a truly unmissable county!

For a perfect day in the fresh air and sunshine, Exmoor National Park and the 954km2 Dartmoor National Park, with their endless rugged moorland, woodland, farmlands and valleys sprinkled with granite tors are ideal for walking, horse riding, mountain biking, climbing and much more! The magnificent Jurassic Coast, comprising 95 miles of coastline with 185 million years of geological history is well worth a visit, with the South West Coast Path running along a large section of it.

If you’re after a traditional English beach trip with the added delight of white sand beaches, turquoise waters, and world-class sailing and surfing, you will not be disappointed! Devon has two separate coastlines: to the south is the English Channel and to the north, the Irish Sea and Bristol Channel.

The sublime English Riviera, a series of picturesque, south-coast harbour towns, is the nickname of the magnificent southern coastline. Torquay is one of the main highlights: a delightful seaside resort town well known for its beaches such as Babbacombe and the cliffside Oddicombe. Torquay Harbour offers shops, cafes and a marina, while the nearby Torre Abbey, a monastery founded in 1196, has art galleries and extensive gardens. The smaller seaside town of Ilfracombe can be found on the northern coastline, and is a small, hilly harbour surrounded by cliffs.

And for a lively city, to the south-east is Exeter on the River Exe, with its Roman era City Walls, vaulted, medieval underground passages and stunning Gothic cathedral, built in the 12th-century. To the west of the county you’ll find the larger city of Plymouth, with a fine display of its maritime tradition in the Barbican’s Tudor and Jacobean buildings and Sutton Harbour’s heritage trail. Both cities have bustling high-streets and lively nightlife thanks to the sizeable student populations!

Notable events in the area include the Devon County Show in Exeter each May, the Dartmouth Royal Regatta in August and the British Firework Championships in Plymouth also in August.

If flying to the area, Exeter International operates flights between Paris CDG, Amsterdam and countless UK cities, and the nearby Bristol International Airport has nearly 80 destinations.

Watersmeet Cottage is an ideal choice for a family getaway, with two separate living areas and a lar...

Watersmeet Cottage is an ideal choice for a family getaway, with two separate living areas and a large garden on site, as well as tons of activities to enjoy in the local towns and the vibrant and unspoilt natural landscape of Devon.

Local attractions include ‘The BIG Sheep’ in Abbotsham with fun for all ages, from the Ewetopia Indoor Playground to the Rampage Rollercoaster, as well as Sheep Racing, rides for toddlers, and of course a chance to feed the animals! A cosy café will ensure visitors of all ages will be content, and there’s even an on-site brewery and gin distillery for you to pass the time! Nearby Pennywell Farm is also a great day-trip for some ‘farmtastic’ fun with friendly farm animals, rides and even racing ferrets! Cuddle the piglets, pamper the ponies and meet our adorable hedgehogs. Why not head over for the Pig Racing at 2.30 each afternoon or have a go on the Run Rabbit Go-Karts and Rainbow Railway?!

The kids will adore a trip to Crealy Theme Park: Southwest England's largest theme park with over 60 rides including the Tidal Wave Log Flume, the Flying Dutchman and the Victorian Carousel, attractions, live shows and even a zoo!

In the surrounding landscape you will find endless opportunities for an active day out with all the family: cycle through an array of postcard-picture villages and along the rugged Jurassic coast, enjoy a range of water-sports or experience the fantastic scenery on a hike through the Exmoor or Dartmoor National Parks – be sure to take a picnic, there are endless perfect spots to sit, relax, and take in the breath-taking views!

* Please note that due to Covid-19, the check in and out times have been temporarily amended to allow for additional cleaning. Check in is now 5pm, check-out is 9am. Thank you for your understanding. 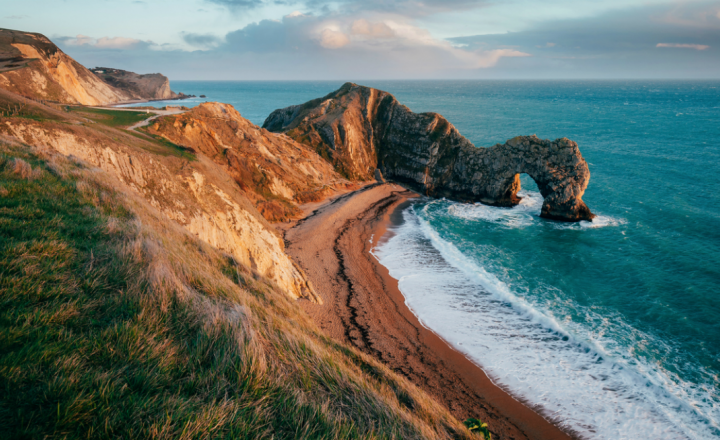 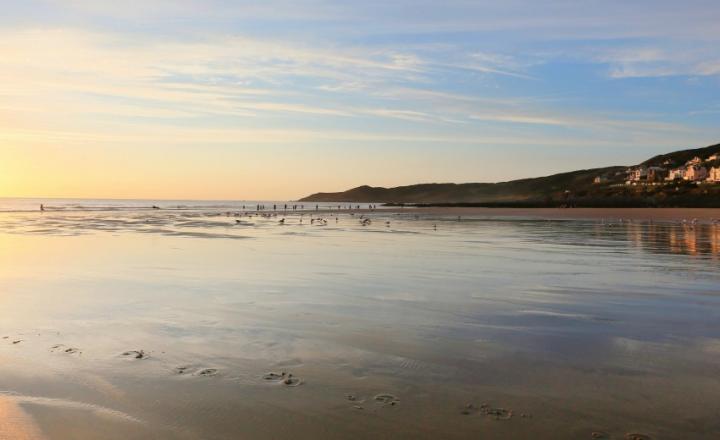 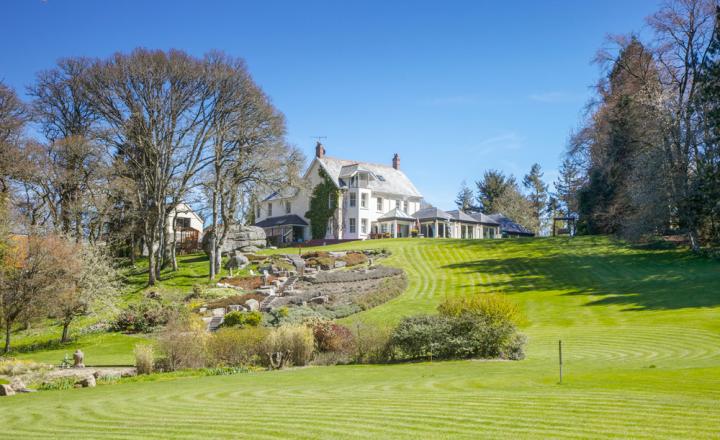 Best Cottages with Wi-Fi in Devon 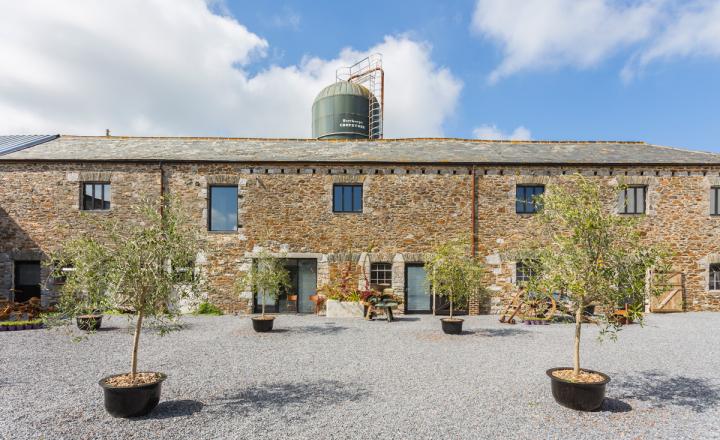 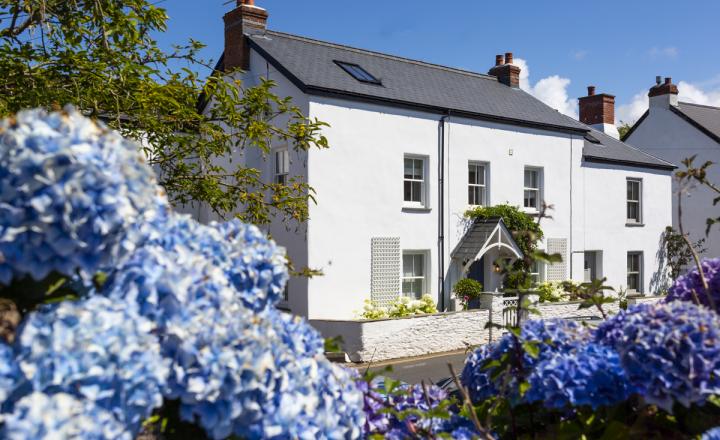 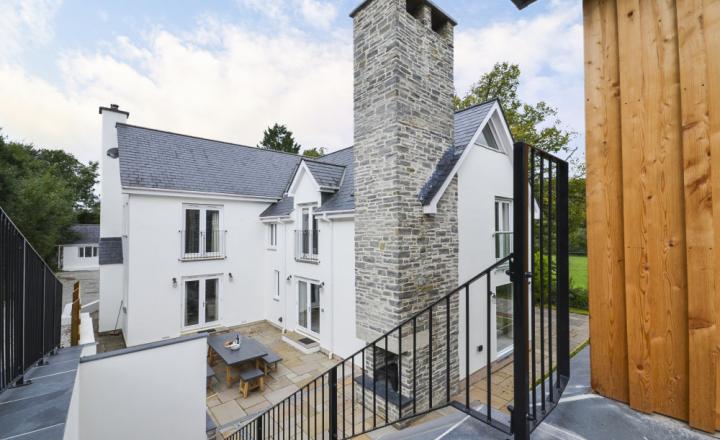 Ask a question about Watersmeet Cottage