August is a great month to go on holiday at one of our holiday villas! The European summer is in full swing, the kids are out of school so it’s a great opportunity to spend time together as a family and, better yet, there’s an absolutely massive choice of things to do. Whether you’re looking for a blowout music festival or a quirky celebration of village life, there’s a whole host of stuff to see and explore – so get out there and explore!

We’ve hunted down some of August’s very best festivals, events, celebrations and festivities in the UK, Ireland, France, Italy and Spain. Find your holiday destination and then find something truly amazing and memorable to do there! 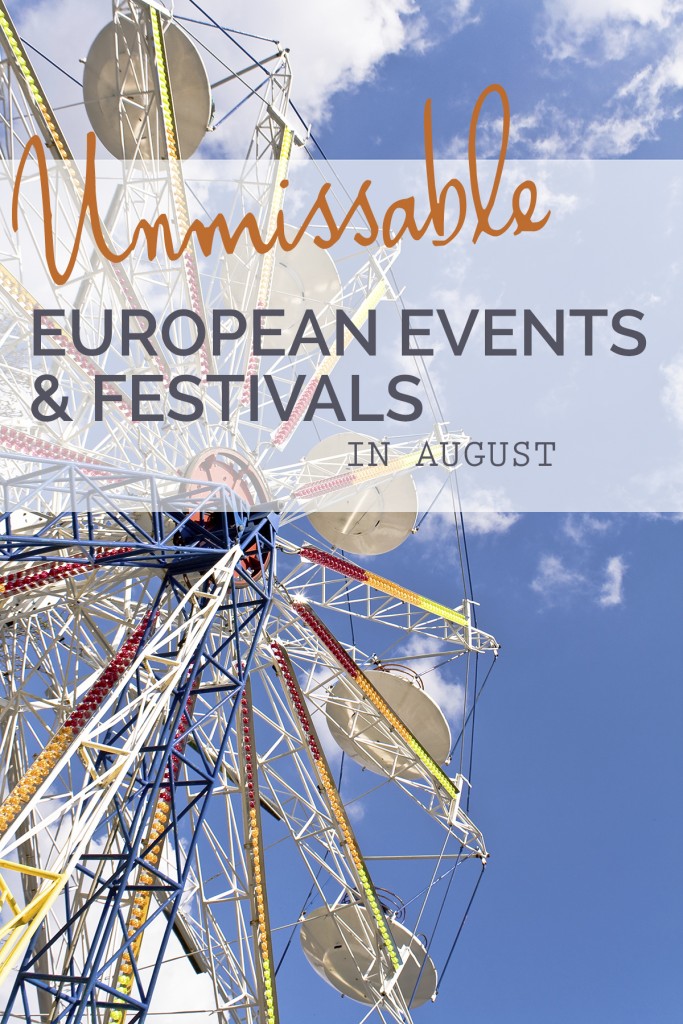 – Indulge in the Welsh passion for Rugby by taking in a game at one of Wales’ many stadiums. The Welsh Rugby Union website has all the fixtures and how to book your ticket.

– Early August reveals everything that’s great about Welsh culture thanks to the annual Eisteddfod! Head along for an unforgettable festival of music, art, literature and performance with a distinctly Welsh flavour.

– The Green Man Festival is arguably one of the biggest and funkiest music events in Wales. With top headline acts and a laid-back vibe, it’s a sure-fire way to enjoy standing in a field for a day. 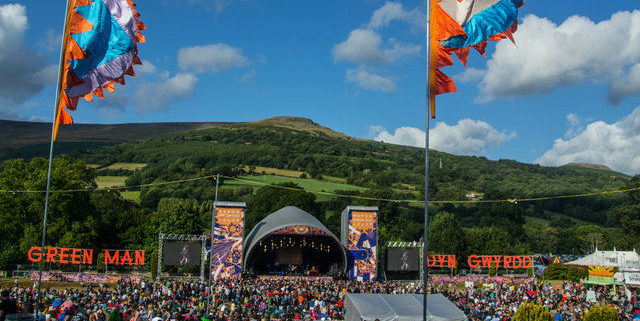 – One of the most spectacular military displays in the world, The Royal Edinburgh Military Tattoo runs through most of August and mixes performance, ceremony and dance in the heart of Edinburgh Castle.

–  The largest arts festival in the world will certainly have a lot to offer whatever your tastes, and trying to describe the Edinburgh Fringe is pretty much impossible. The best thing is just to dive in and buy some tickets!

– Running side-by-side with the Fringe is the Edinburgh International Festival, which offers shows and spectacle in some of Edinburgh’s larger venues.

– Great for families, the Cowal Highland Gathering is a celebration of Scottish tradition set in a breath-taking Highland backdrop. Expect pipe bands, ceilidh music and impressive feats of strength from some truly burly Scots. 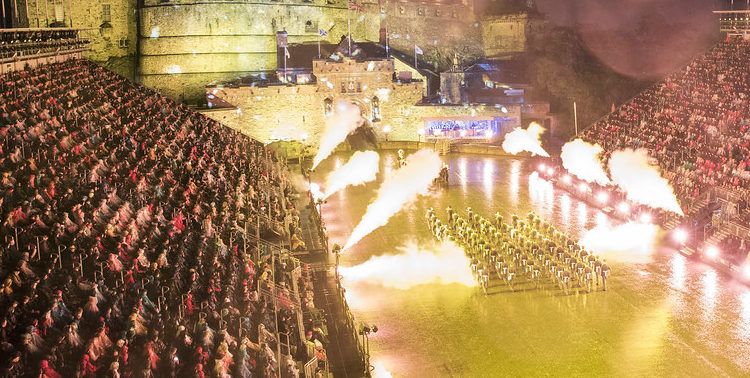 –  If you like the idea of a music festival but don’t fancy sharing your space with 50,000 other revellers, Castlepalooza at Charleville Castle in Tullamore is the perfect blend of top tunes and a manageable scale.

– Feeling hot to trot? Dublin plays host to its own International Tango Festival in August, with lessons, demonstrations and workshops for everyone from absolute beginners to Tango experts.

– If you fancy a physical challenge that’s as much benefit to charity as it is to your body, the Wrong Way Round Killarney Cycling Festival tackles the famous 188km Ring of Kerry route (albeit in the opposite direction, hence the name) while raising money for the Donal Walsh cancer foundation. 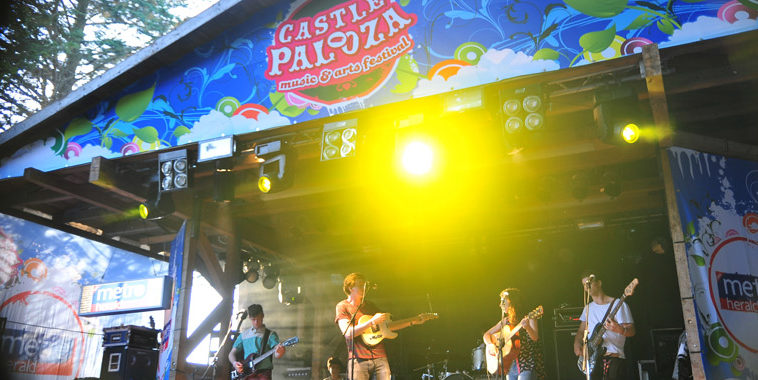 – Head to Montignac for a festival with a truly worldwide scope! The International Festival of Montignac, with music, dancing and celebration from every corner of the globe.

– If you’re feeling the need for some culture, The Perigord-Noir Music Festival is a truly inspiring few days of classical music set against the beautiful countryside of Perigord. 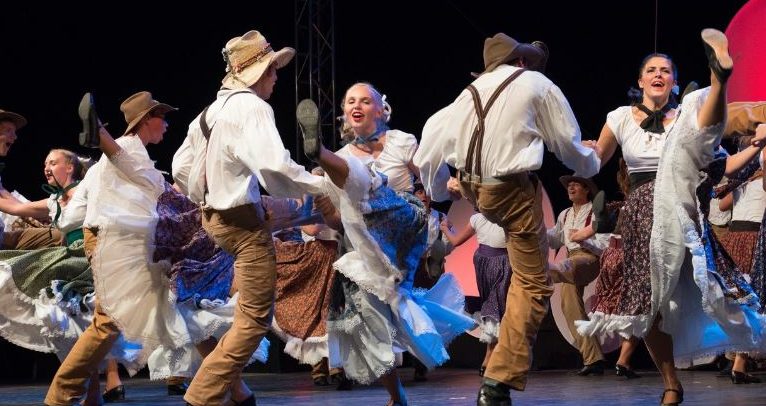 – One of the most fun days out you can have in Languedoc is going to watch the Water Jousting in Sete. Part of the town’s Saint Louis festival, the event centres around two teams on boats trying to knock each other into the water. Sounds bizarre, but it’s an absolute blast.

– The walled medieval town of Aigues-Mortes celebrates the Feast of St Louis each year with processions pageantry and spectacular costumes. Definitely one the kids will enjoy! 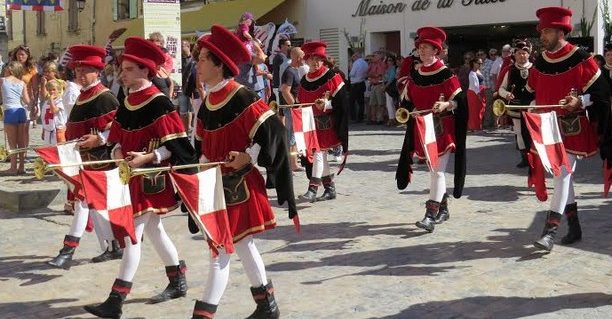 – The Yzeures-sur-Creuse rock festival has been going for ten years now, so they must be doing something right! It’s remarkably good value for a festival too, and perfect if you like your music on the heavier side.

– Definitely one for the foodies among us, the Festival of Chédigny celebrates the regions rich culinary heritage with tastings, talks and stalls to stock up on delicacies. 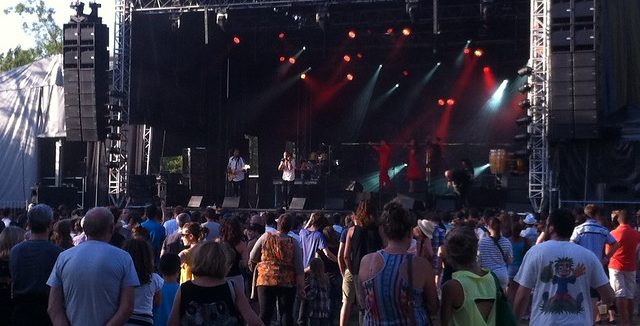 – Chateau Guillaume makes the most of the past with its medieval fair and the Festival of Games, which recreates authentic castle life with shows, stalls and even a dungeon tour.

– Like your music smooth and silky? Normandy’s biggest Jazz Festival attracts some world famous names in the genre, and there’s even some free concerts! 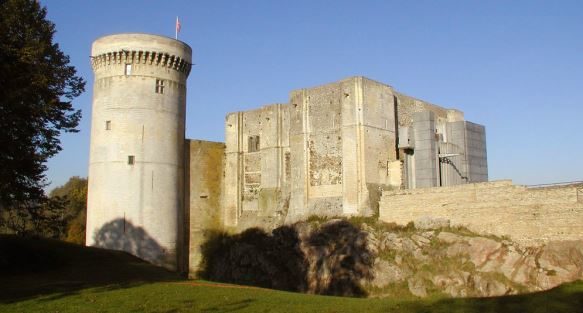 – With lavish productions that are sure to leave any theatre and opera fans breathless, the Chorégies d’Orange festival is an open-air spectacular that draws crowds from all over the world.

– Chateauneuf-du-Pape might be a name more associated with wine, and it’s certainly on the menu at the Feast of Véraison – a three day festival of drinking, shows and music with a medieval theme.

– Font’Arts in Pernes-Les-Fontaines is a free performing arts festival that incorporates theatre, dance, music and a whole lot more. Better yet, the performers are a mix of professionals and locals that are joining in the fun!

– The Soirées d’été are a series of open air concerts at the base of a cliff in what’s reputedly one of the most beautiful villages in France, offering a wide range of music in a beautiful setting. 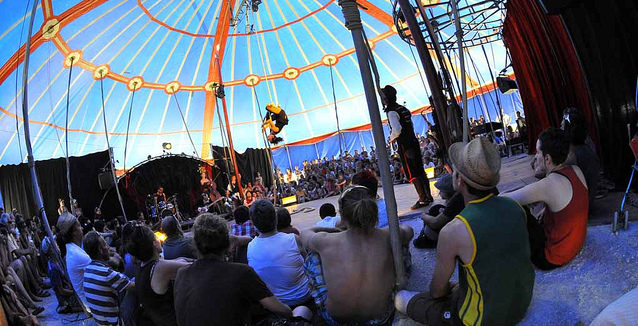 – Probably one of the most unusual – and funniest – events anywhere in France, Moncrabeau’s Festival of Liars is a celebration of all things erroneous, untrue and generally false. Entrants from all over the world compete to tell the biggest fib, with their whoppers judged in piles of salt.

–  The lively and varied performances you’ll find at Fest’Arts in Libourne are surely a product of France’s rich cultural heritage, and this three day festival is ample proof that the tradition is still alive and kicking.

– The second Sunday in August in the town of Massa Marittima brings the Balestro del Girifalco, a crossbow competition where local men compete for the chance to win a golden arrow. All sounds a bit Robin of Sherwood… but in Tuscany!

– One of Tuscany’s most anticipated events, Il Palio is a breakneck horse race through the streets of Siena. Passions run high and the atmosphere is electric as each of the city’s wards competes to be the champion.

– Volterra hosts a number of festivals in August, including a jazz festival, a hill climb with classic cars and a medieval fair that lasts a whole two weeks.

– The Bravìo delle Botti is another uniquely charming Italian custom – and this time it’s barrel racing! Strapping lads from Montepulciano race to push a barrel up one of the town’s hills, and as with the Palio, it’s all about winning for the glory of your ward! 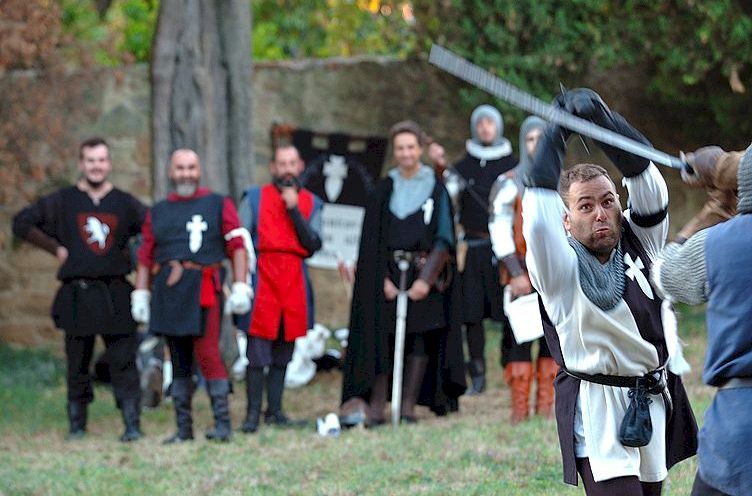 – The Festival of the Territories, held near Barzio, is a celebration of all the wonderful food and wine produced around the Italian Lakes. The combination of tasty treats and stunning landscape make this a winning choice. 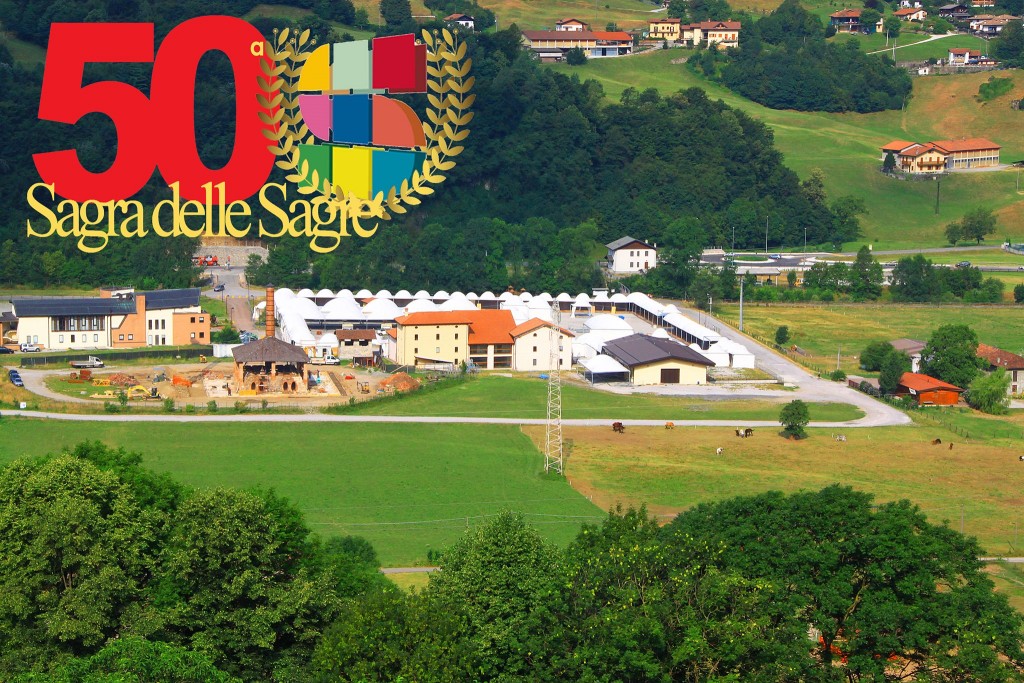 – Between the 2nd and the 6th of August, the Sicilian city of Cefalù indulges in a religious festival whose highlight is a race between local fishermen to grab a flag – it’s pretty spectacular, all things considered!

– Staying in Cefalù, August 14th sees the Madonna della Luce – a religious procession into the sea with decorated boats and statues of the Madonna.

– Every year from the 12th – 14th August, Piazza Armerina plays host to the Palio dei Normanni, a three-day festival celebrating the liberation of the city. There’s pageantry, processions and a huge competition involving jousting, spear-throwing and other knightly pursuits.

– Equally impressive is the Procession of the Giants in Messina, where gigantic replicas of the city’s mythical founders are paraded through the streets.

– Championing a mix of both Italian and international artists, the Locus Music Festival in Locotorondo is equally eclectic when it comes to booking big names and emerging talent.

– Santa Maria de Leuca is a great place to head in August! There’s a procession of the Madonna di Leuca through the streets on the 15th that’s followed by fireworks, and a seafood festival that runs through the third week.

– Though it mostly runs through the end of July, the Trasimeno Blues Festival is still worth a mention. Enjoy shows throughout the town and you can even enjoy the blues in the medieval fortress of the Castiglioni del Lago.

– Fairs, stalls and Renaissance pageantry are at the heart of the Palio dei Terzieri, which culminates in a bull hunt – but don’t worry! It’s all ceremonial and the bulls are made of wood.

– Gubbio’s No Borders Festival is ostensibly a music event, but one that’s welcomes performers of all stripes to promote multiculturalism.

– The Todi Arts Festival in (unsurprisingly) Todi is a huge event with more theatre than you can shake a stick at. Well worth the trip for art devotees! 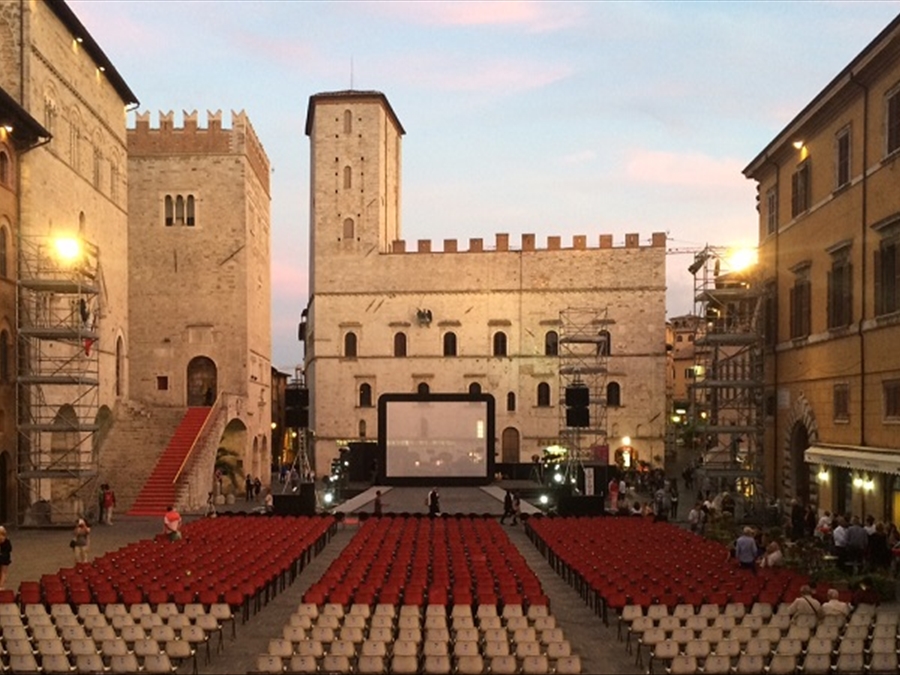 – Ideal for a family day out, La Conquista de la Ciudad in Alcalá la Real is a recreation of medieval life with authentic food, archery demonstrations, theatre and performance.

– August 15th is a great day to be in Cómpeta thanks to the Noche del Vino, a night of wine tasting, celebrations and performances by local artists. 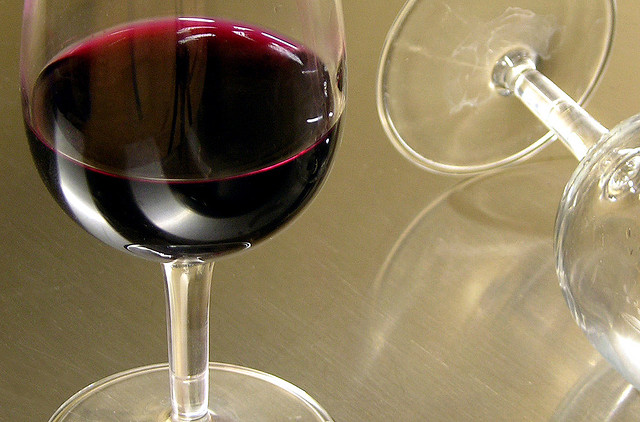 – August is a big month in Ibiza, and right at the centre of the celebrations is the Fiestas de la Tierra, or Earth Festival. Expect music, street parties and man late nights!

– The Feast of the Assumption of the Virgin Mary in Cala Llonga might sound a little heavy, but it’s actually a carnival complete with processions and floats, with partying and fireworks until late in the night.

– Commemorating the liberation of Ibiza from occupying forces in the 13th Century, Sant Ciriac falls on August 8th each and year, with the highlight being a gigantic fireworks display at the end of the day. 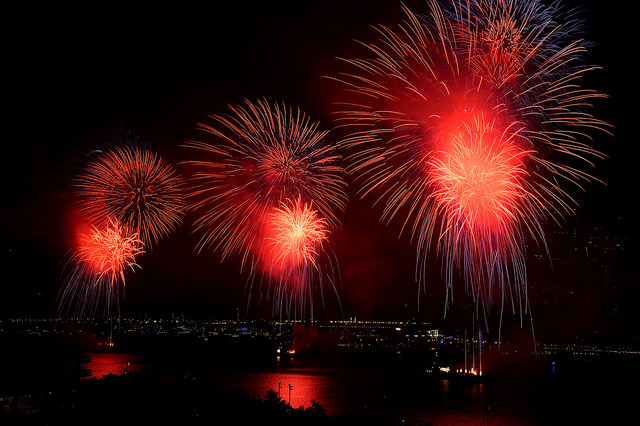 – If you like your history alive and kicking, each August La Patrona in Pollença stage a mock battle to relive the defeat of pirate invaders in the 16th Century. Cannon blast, chaos and a lively atmosphere are guaranteed!

– The So Pobla Jazz Festival is a lot more sedate, with a week of spellbinding Jazz performances and a bunch of workshops if you want to improve your own improvisations!

– Chopin came for a holiday in Mallorca in 1838, and to celebrate the fact an annual Chopin Festival takes place in Valldemossa, performing a mix of classical and contemporary music.

– The town of Ferreries celebrates its annual Sant Bartomeu Fiesta on August 22nd each year – the spectacular horse-riding displays are a definite highlight, and even include horse dancing. 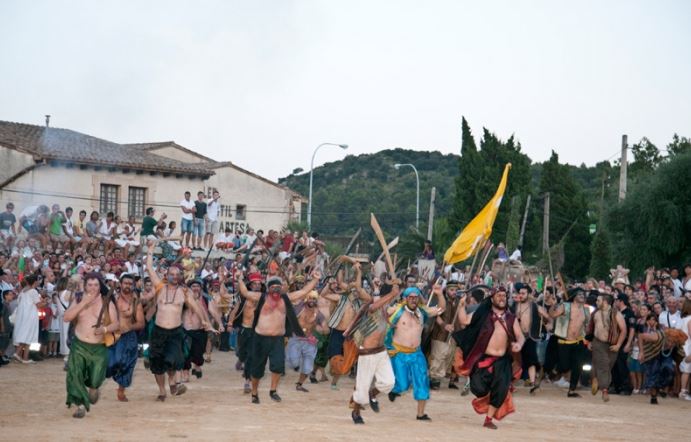 – Porta Ferrada’s International Music Festival is a bit of a misnomer – while there’s certainly a lot of music, you’ll find a wide range of artistic disciplines on show. It’s definitely Spain’s most eclectic arts festival!