All dates below have been revised for the 2019 season.

October doesn’t really scream Holiday Time! in the same way that those showboating, sunnier months like July and August do. The weather starts taking a turn for the chillier, the days get darker and hayfever is replaced by a mild but permanent cold that’ll last until May. But, if you ask us, this means it’s the perfect time to buck your spirits up with a little travel and relaxation. It’s a great time to travel too – we’re approaching the low season so you can snag yourself a bargain. Harvests throughout Europe mean a load of fresh, tasty food to eat and you’ll be treated to the splendour of the changing landscapes as the leaves move through a spectacular array of colours in the gardens and landscapes around our luxury holiday villas.

But those aren’t the only reasons! There are loads of brilliant European events and festivals going on in October, and we’ve got the pick of the bunch in the UK, France, Italy and Spain. There’s bound to be something to tickle your fancy!

– Gwledd Conway Feast (Friday 25th – Sunday 27th) is a great way to indulge in the local produce in a way the biggest of foodies will approve of! The feast’s main focus is food, but there’s music, art and loads of other stuff on offer, all in the beautiful coastal town of Conway.

–  The Royal National Mod (Friday 11th – Saturday 19th) is a celebration of all things Gaelic, framed through competitive disciplines. From piping and dancing to singing and sport, the competition is fierce but it’s all in good fun.

– The Enchanted Forest (throughout October until Early November) turns part of a forest near Pitlochry in Perthshire into a magical light and sound experience, complete with storytelling for kids and a glass or two of mulled wine for grown-ups! A truly unforgettable evening that’s well worth the trip.

– Scotland’s Boat Show (Friday 11th – Sunday 13th), which takes place in the Kip Marine in Inverclyde, is the only place to be if you’re in Scotland and looking to buy (or sell) a boat. If your interests aren’t exactly maritime it’s still worth going – entry is free and there’s a boatload (geddit?) of other things to do.

– Kinsale Gourmet Festival (Friday 11th – Sunday 13th) takes place in the harbour town of Kinsale and puts the region’s fantastic seafood front and centre, with 11 top restaurants in the region coming together to showcase the finest recipes, ingredients and meals.

– The Kerry Film Festival (Thursday 17th – Monday 21st) is a great way to experience the bourgeoning Irish film scene, with short films, features and classics all on offer for film buff of all ages. 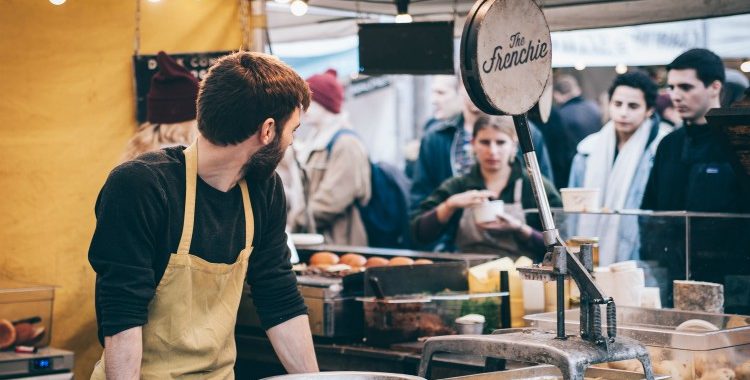 – The Autumn Grain Festival (Date TBA) might sound like a foodie event, but while there’s bound to be some tasty treats on offer it’s actually a cultural shindig with loads of music to enjoy.

– The Festival of Mediterranean Cinema (Date TBA) in Montpellier takes a look – rather unsurprisingly – at the latest offerings of Mediterranean cinema from all stripes, as well as appearances by, and celebrations of, the stars of the films, and classes to help you create your own masterpiece.

– The First Wines of the Year are released in Beziers during the third week of October (on Thursday) amid much fanfare and celebration.

– Chrysanthemum Festival (Saturday 26th – Sunday 27th), held at the Chateau du Rivau’s, is the place to be if you’ve got green fingers and love all things garden-related. It is sure to leaf you wanting more (sorry).

The Festival of Mediterranean Cinema

– La Féte du Ventre (Date TBA) in Rouen celebrates all the wonderful food in Normandy but also showcases farming, tourism and cooking in the region. With face painting and live music, it makes for a great family day out!

– Magic of Orchids Festival (Date TBA) in Vascoeuil gives one of the world’s most prized ornamental flowers, orchids, a festival of their own. Pick up some care tips or just revel at their beauty.

– Provence’s Soup Festival (Date TBA) is a rather unusual one. Running in various Provence villages, with each competing to make the most delicious potage, it’s definitely a fun one to keep you warm from the Autumn chill.

– Avignon Blues Festival (Date TBA) celebrates for three days with some of the world’s most famous jazz musicians congregating in and around Avignon doing their funky thing.

– The Sacred Music of the World Festival (Date TBA) concentrates on classical and spiritual music – great if you feel like soothing your troubles away on holiday.

The Sacred Music of the World Festival

– Armagnac Festival (Date TBA) lets you indulge your inner gourmand in Lebastide d’Armagnac. This tipple has a venerable history and is over a century older than Cognac, so it’s well worth celebrating (not to mention drinking).

– British Film Festival (September 25th – September 29th) is the one if you’re missing England’s green and pleasant lands. You might be in France for your holiday, but that doesn’t mean you can’t indulge in a spot of entertainment from Blighty.

– Toulouse Organ Festival (Tuesday 1st – Sunday 13th) is the Mid-Pyrenees’ take on the odd music festival every region in France seems to have. Get musical!

– Jazz Sur Son 31 Festival (Wednesday 9th – Sunday 20th) has over fifty performances to choose from, so students and aficionados of all things jazzy will be well served.

– The Feast of Santa Reparata (Tuesday 8th) is held in Florence as one of the city’s main cathedrals is dedicated to the saint. The day is commemorated with races through the town.

– Chestnut Festival (last week in October) sees one autumn delicacy that gets a whole week dedicated to its deliciousness in the town of La Castagna in Festa. While you can enjoy the tasty nut in bread, beer and a whole host of other dishes, there’s dancing and fairs on to keep you happy too.

– Ibla Busker’s Festival (Sunday 6th – Wednesday 9th) is one of the more eclectic festivals on in Europe in October, incorporating performing arts and circus arts over a weekend of high-wire entertainment.

– Es Cubells Festival (Tuesday 15th) celebrates the liberation of Ibiza and the local church’s saint with a mixture of games, markets and competitions.

– San Rafael’s Festival (throughout October) has sport, food and celebration throughout the month and an extra special day of celebration on the 24th for the town’s patron saint, Rafael.

– The Fira D’Alcudia (first weekend in October) sees a celebration of all things Mallorcan, a festival with processions, music and pageantry that highlights everything that makes life on the island so captivating.

– The Procession of the Blessed (third weekend of October) is one of Mallorca’s most popular events. It starts off as a rather devout affair, but there’s dancing and processions before long so you can let your hair down!

Wow, that was quite a selection of European events, and hopefully, you’ve found something to inspire you when the season starts to get colder. If you’d like to cosy up to the fullest this autumn, take a look at some of our luxury villa rentals to find your perfect European retreat.