Easter jumps around the calendar like a bunny (it can fall anywhere between March 2nd and April 25th) but the religious festival is celebrated worldwide in one form or another.

Easter might be a moveable feast, but its myriad influences (both religious and secular) have ensured a tonne of traditions have grown up around it – and they’re definitely not all chocolate eggs and hot cross buns. We’ve gone on an Easter egg hunt of our own and found 10 things people do to celebrate and commemorate Easter. Some seem to make a kind of sense, while others are so unusual you’ll wonder how they ever sprung up…

1) Get kooky at the bonnet parade in the UK

Oh, the wonderful Easter bonnet parade. In the UK, children will build and decorate bonnets before Easter. It doesn’t sound competitive – but it can get pretty heated – we learnt that the hard way.

Typically, the children are meant to design the bonnets themselves, but parents are known to get involved to help show off their little angel. They’ll then wear their creations in the school parade or the local parade – this varies among towns and villages. Will your bonnet be best in show? 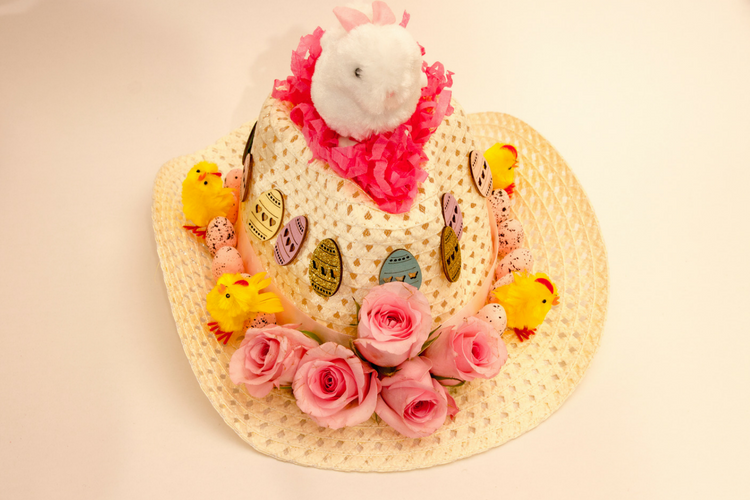 Easter Tradition in the UK

On the Thursday before Easter in Germany, it’s tradition to only eat green. You might think this has something to do with the German translation of Maunday Thursday, ‘Gründonnerstag’ (literally ‘Green Thursday’) and it may well do, although it’s more likely to be a corruption of ‘grienen’ – the German word for weeping or grief.

It’s traditional to eat salad and a dish known as ‘Green Thursday Soup’, which is made from a mix of herbs that can include chervil, dandelion, nettle and parsley. Console yourself with the fact that it’s better for you than chocolate. 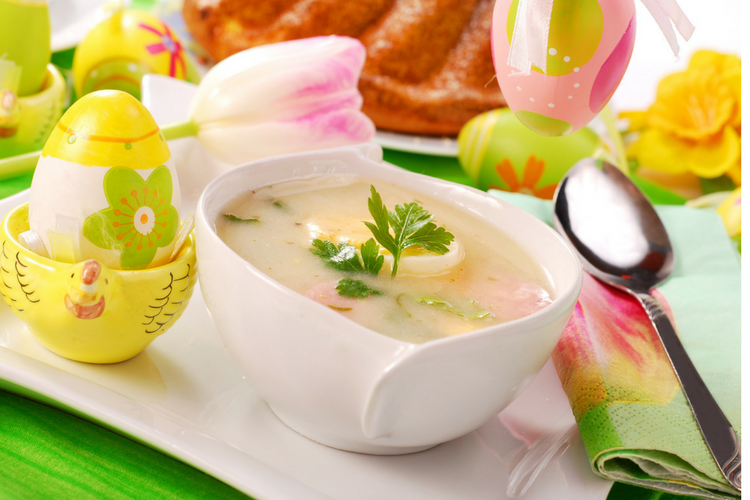 3. Whip up an eggtastic cake in Spain

Easter is a means to an end of a tiresome and gruelling 40 days of Lent. Finally, you can indulge in a piece of chocolate cake or two, or maybe you can start snapchatting again –  regardless, you get to be you again. The Spaniards have a slightly different approach when it comes to celebrating Easter, in many regions, they’ll savour the day with a mouth-watering Mona de Pascua.

The traditional cake is shaped like a doughnut topped with boiled eggs. It may sound a little out of the ordinary, but many Catholics would go without eating eggs during the religious period – so, the eggs were then saved for the cake and added as a symbol of abstinence. Today, bakers have begun to use chocolate eggs instead – sounds much more appealing, doesn’t it? 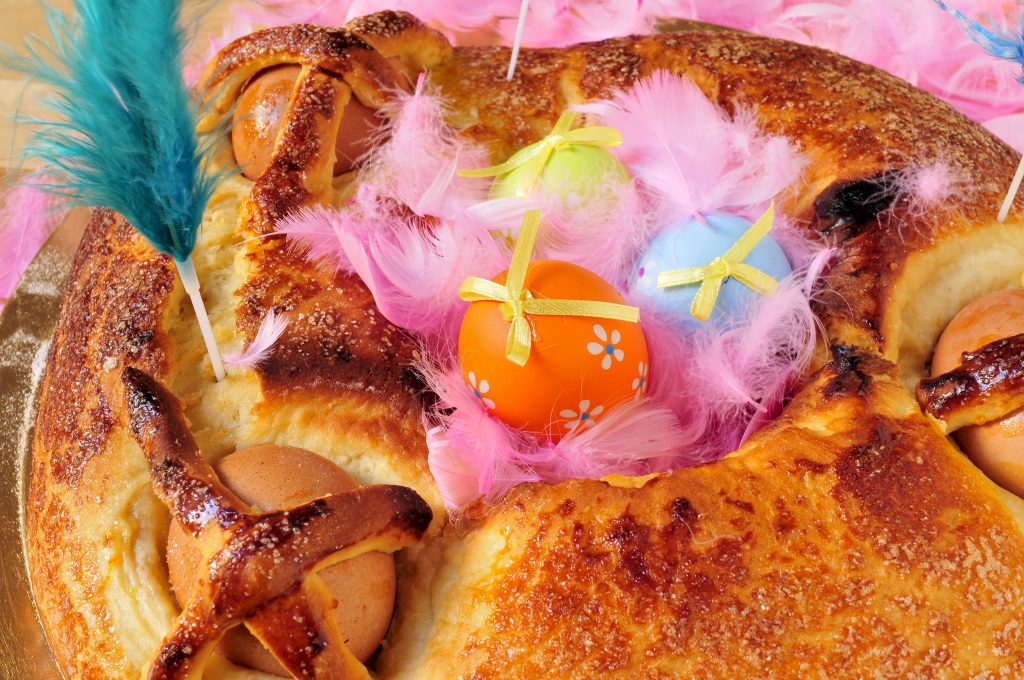 4. Listen out for the Easter bells in France

The sound of church bells ring every day of the year in France, except during Easter. It’s quite juxtaposed but the bells are silent from Good Friday to Holy Saturday, to commemorate Jesus’s death. The old tale, and what a lot of parents tell their little ones, is that the bells are silent because they’re flying all the way to Rome for a special blessing by the Pope. The bells then return Easter morning and begin to chime again. The Easter bells (les cloches de Pâques) are believed to bring chocolate and other sweet treats on their return.

The French are predominately Roman-Catholic, so for those in small villages, the sound of the chimes is enough to embrace a stranger in celebration. 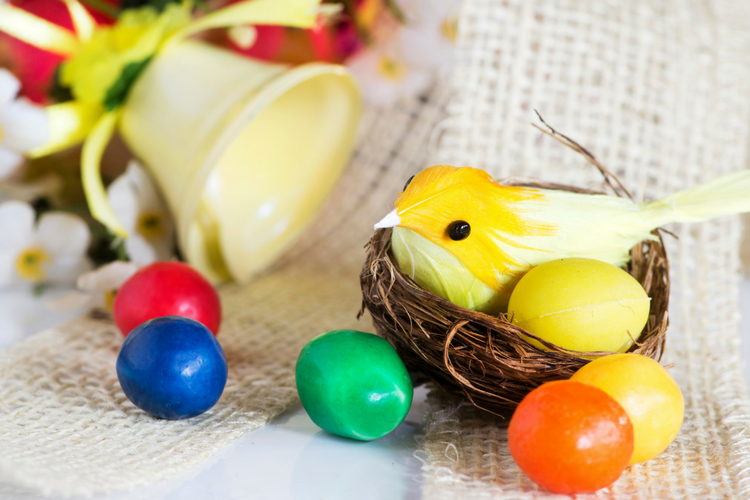 5. Take an umbrella to Poland

If you’re out and about in Poland on Easter Monday (where the day itself is known as Smigus-Dyngus) you’d better come prepared with some waterproof clothing. Tradition dictates that youngsters are given free rein to soak whoever they please with buckets, water balloons and water pistols, though the young at heart are free to join in on the chaos too!

It’s believed the tradition dates back to fertility rituals, and in former times it was only girls and young women who could expect a soaking – so we’re just glad the custom is a little more equal opportunities these days. 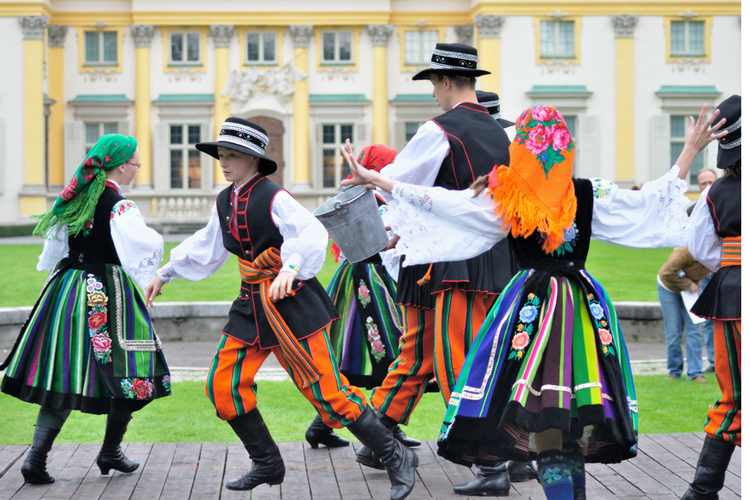 For Greek Orthodox Christians, one of the oldest withholding Easter traditions are red-dyed eggs. The eggs are a staple for the Easter table and are associated with the crucifixion and resurrection of Jesus. The red is interpreting the blood Christ shed, but also a colour that represents life and triumph. Many will dye their eggs red on Holy Thursday to follow the story of the Last Supper. It is common belief that the eggs will stay edible for forty days without a fridge, but if a priest blesses them on Easter Sunday, the eggs can last a whole year.

It’s not all doom and gloom though, Greeks (especially children) will play a game with the eggs, taking it in turn to hit the ends of each other’s eggs. If yours doesn’t crack by the end, you’re proudly declared the winner! 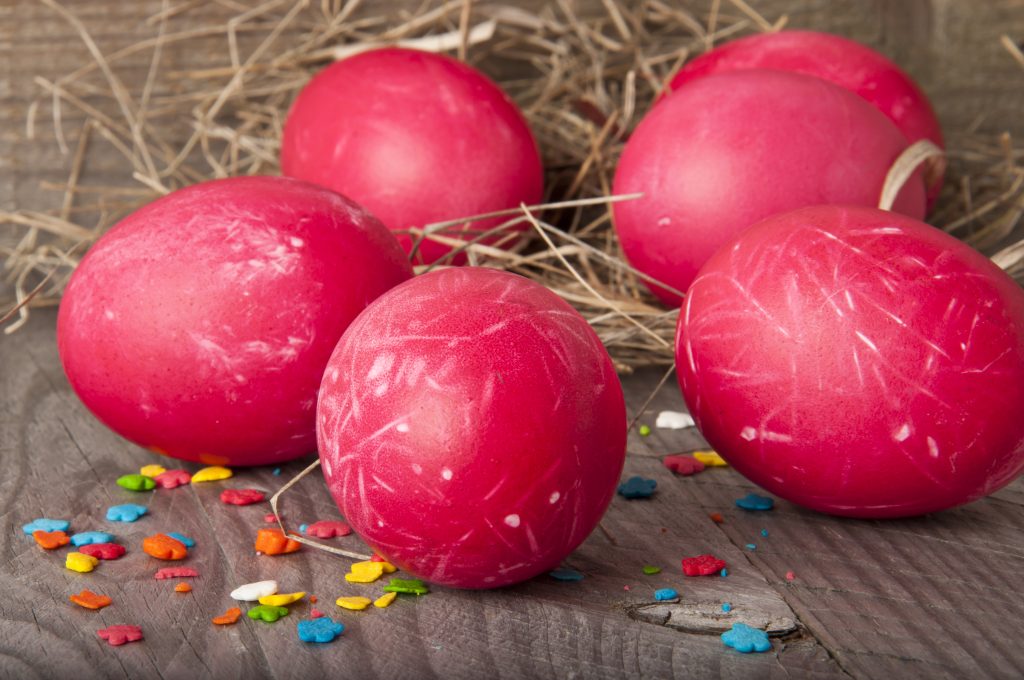 The holy pinnacle of the world; Italians are proud believers of their faith and celebrations differ region to region. In Florence, on the morning of Easter Sunday, an old-fashioned cart is festooned with fireworks and set alight – a tradition dating back over 350 years symbolising a good year ahead. Though quirky, the Umbrian hill town of Panicale steals the show with a cheese-rolling competition.

The game known as Ruzzolone is very simple, competitors will roll a massive wheel of cheese, weighing about 4 kilos (roughly the same weight as a domestic cat) around the village walls. The objective is to get around the course in the fewest strokes. The winner gets the cheese – not that we know what you would do with a battered cheese. Following the cheese rolling, there is a band in the piazza, free wine and boiled eggs! Buona Pasqua. 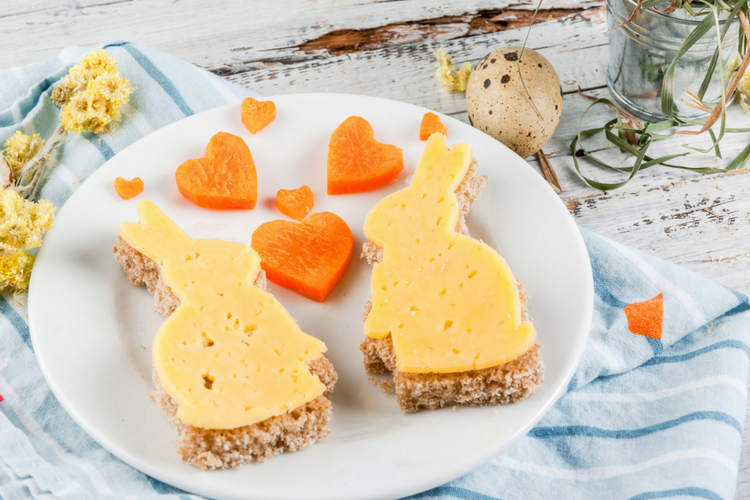 Forget all you know about Easter – bunnies, eggs and the whole shebang. Domestic traditions include Folar da Páscoa, a sweet or savoury bread that contains hard-boiled eggs in the middle. The eggs represent the rebirth and resurrection of Christ. Regions will add their own spin on the bread, lemon zest or other spices but the egg remains the same, held tightly in place by a cross of bread dough.

On Good Friday and Holy Saturday, many Portuguese families will opt for a fish dish, in the tradition of abstaining from meat until Easter Sunday – the preferred pick is codfish, but it honestly doesn’t matter. But, on the day itself, the smell of lamb will overcome houses in Portugal. Another tradition that takes place is the visit of a priest, which now only tends to happen in the smaller villages. The local parish priest will visit homes with a figure of Christ which is kissed by the faithful. 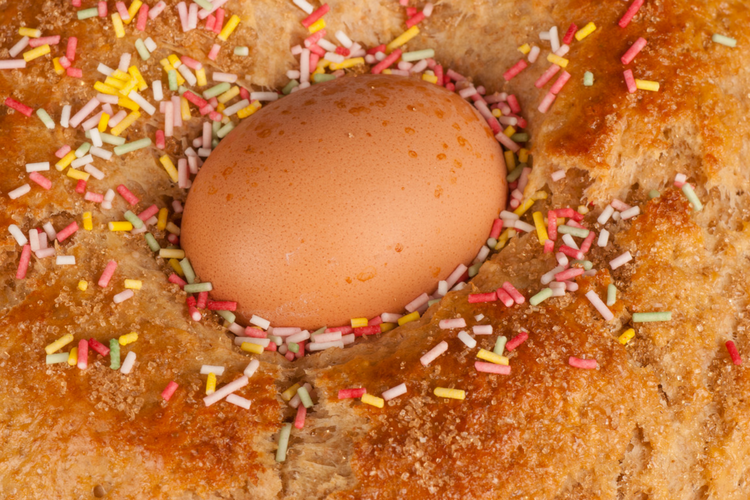 9. A spiritual fire in Croatia

Easter bonfires are a common tradition in Croatia. Villages gather together to sing songs and celebrate the season, all around the fire which symbolises Christ. On Holy Saturday, Christians prepare the fire cutting stone on stone and once the fire is lit followers will burn their own piece of wood that they then take home to transfer the holy fire.

When bonfires aren’t burning, Croatians are colouring Easter eggs, typically they were coloured naturally using beetroot and spinach, but that just isn’t the case anymore. One more interesting custom is the so-called ‘egg fighting’ a game that tests the strength of the egg. 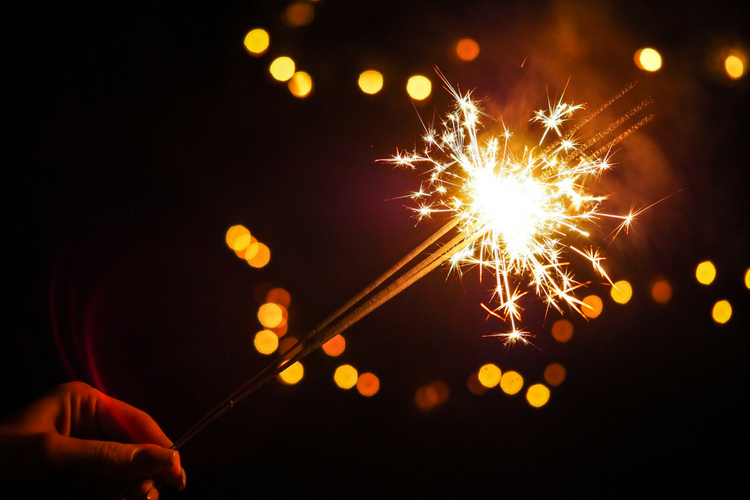 Egg jarping crops up in a fair few cultures across the globe around Easter time, though it’s particularly popular in the North-East of England, Romania and the Netherlands. It’s a simple game quite similar to conkers, where two players go head-to-head with a pair of hard-boiled eggs, tapping them against each other until one gets cracked. If you fancy yourself as a contender, there’s even a World Jarping Championship held in Hartlepool each year. 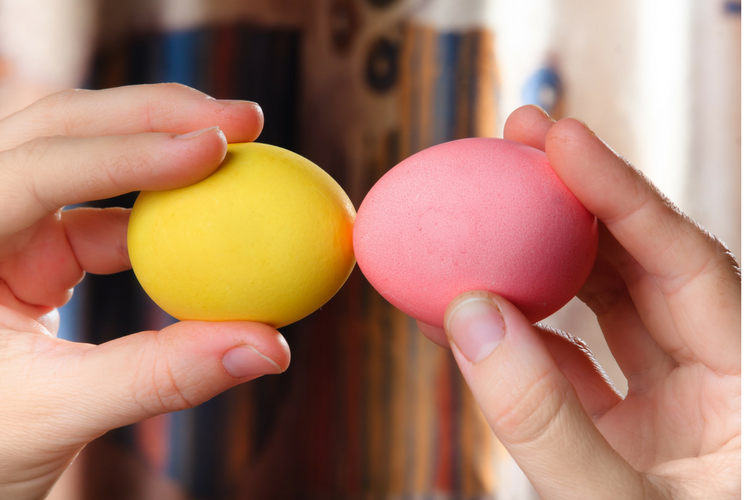 Whatever the season or the celebration, Oliver’s Travels has a huge range of luxury holiday villas in France, the UK, Italy and beyond – have a browse and start planning your next amazing break today! 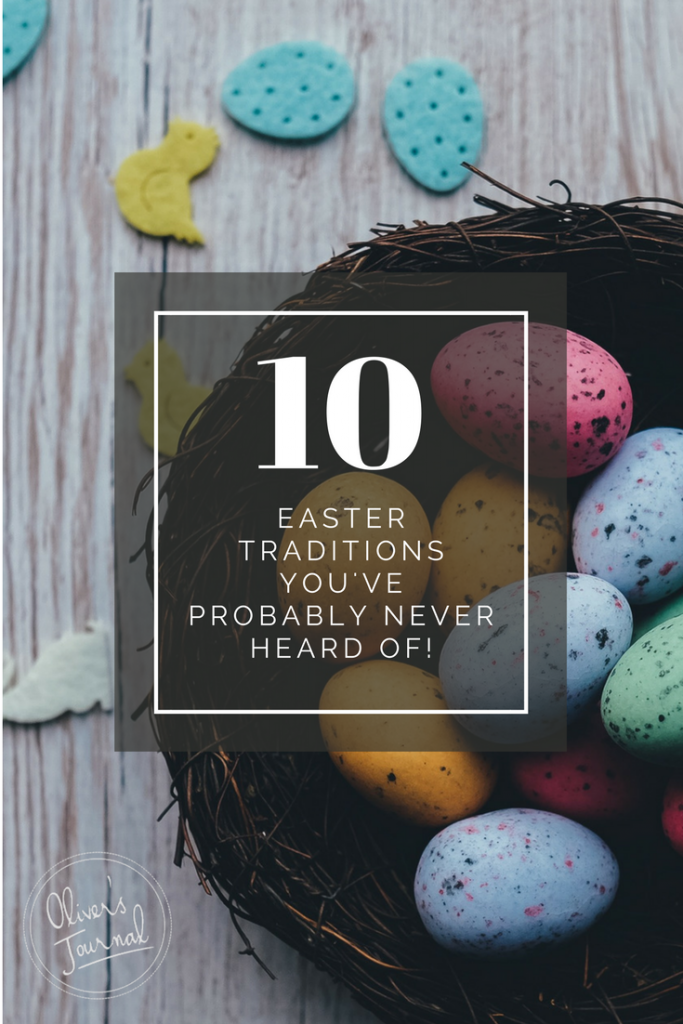