It’s nearly time for the biggest sporting celebration in the world, the Qatar World Cup. It’s anyone’s guess as to how England will do, but at least we can be sure of one month and one day of quality football. There are, of course, as many different ways to watch those ninety glorious minutes as there are groans over penalties. From the hallowed sofa to the closest hotels to Anfield Stadium, most of the country is going to be glued to screens over the next four weeks – so why not make sure you’re watching the beautiful game in some beautiful surroundings?

At Oliver’s Travels, we’ve got a great selection of large holiday homes and luxury self catering villas that are a perfect place to kick back and watch 2014’s summer of sport in style. All of our suggestions include either a big-screen TV or full-on cinema system to make sure you don’t miss a second of the action, and of course, they all come with a garden for either a spot of post-match analysis over a beer or a bit of a kickaround, should you fancy giving Ronaldo a run for his money.

Not everybody like to travel during their summer vacations, there are some people who prefer to stay at home and relax, sign up to day and play amazing online casino games from your home. 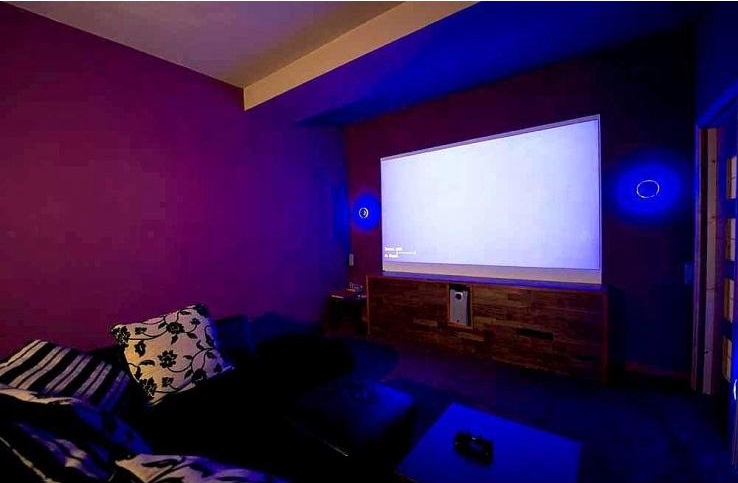 The ideal party house, Linton Lodge in Scotland doesn’t just offer 7,000 sqm of living space, a games room with snooker table and 10x10m cinema screen with HD projector and full Sky package – it also offers an amazing bargain. Watching your favorite teams here while betting on their games on http://laabadia.org/ would be such an ideal experience.

You can currently get 30% of midweek breaks in June and July (so right in time for the World Cup) and it sleeps 22 – so that’s two teams for the kickabout sorted. If you want to bet on your sports teams, you can easily do so on sites like casino 333. Don’t blame us if you go in studs up and get banned from the massive hot tub, though. 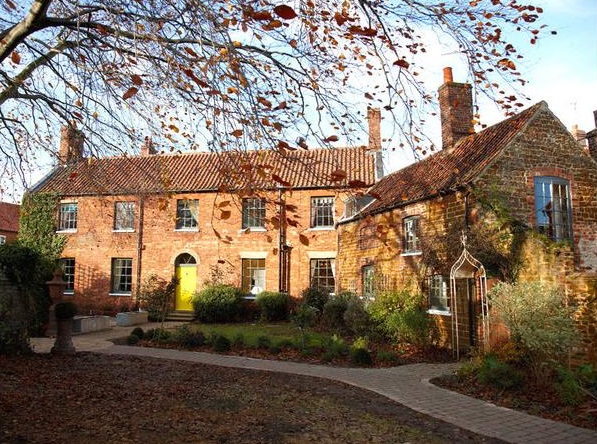 You might think heading to an 18th century manor house isn’t exactly the most rock ‘n’ roll way to enjoy the World Cup with a few mates, but that’s probably because you haven’t seen Carrington House yet. This is one seriously sharp and sexy holiday rental, with three reception rooms and nine bedrooms decorated so lavishly you’ll feel like you’re one of the Premiership’s top players. In the cellar, you’ll find the six foot cinema screen along with a DJ system so you can blare out some singalong football classics (so long as it’s not Gazza singing Fog On The Tyne). 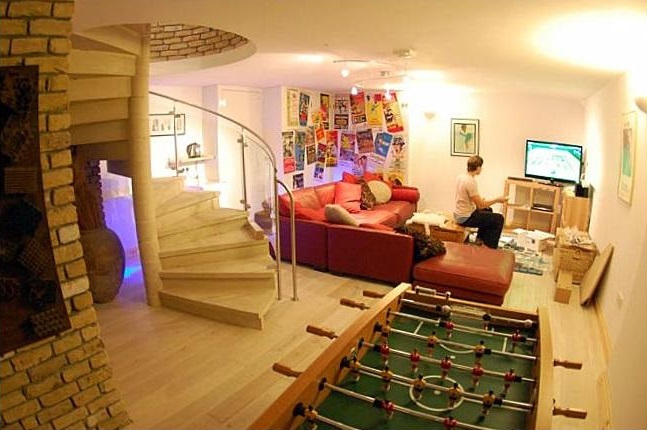 As well as being right on the coast of Cornwall (it’s only 30 metres away from the beach), the Pebbleline House has its very own TV den complete with 42” Plasma TV screen and table football so you can recreate some classic match moments with flappy little plastic men instead of Becks and Rooney. And if you and a few of the lads are planning on going away together, there’s an 18 hole coastal golf course nearby so you can show off your swing too. 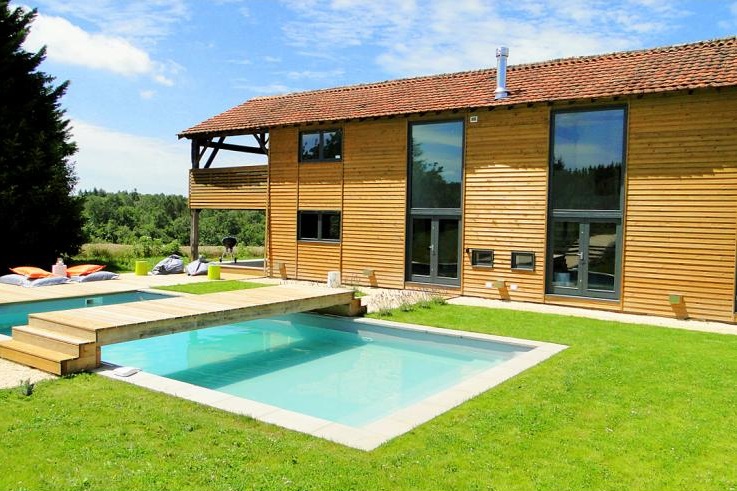 But it isn’t just party to houses to rent in the UK that are on offer at Oliver’s Travels. For a true footballing holiday, why not take your passion for the game to slightly more continental climes? The Tobacco Barn, situated in the beautiful region of Dordogne, is a spacious barn conversion that sleeps 10. Naturally there’s a big TV, and you can even get UK coverage of all the matches (just in case you’re worried about missing Alan Hansen’s piercing insights). There’s also a large lawn and grounds and, perhaps best of all, an 11x5m pool that comes complete with a nearby bbq.

And if football isn’t your thing…

It might be hard to believe, but there are actually people out there who are dreading four tedious weeks of wall-to-wall football coverage. Don’t worry though, because at Oliver’s Travels we’ve got every corner covered. If you fancy getting away from the agony and the ecstasy of your S.O.’s footie addiction, why not get a few like-minded friends together and head to the Beach Retreat in Kent? 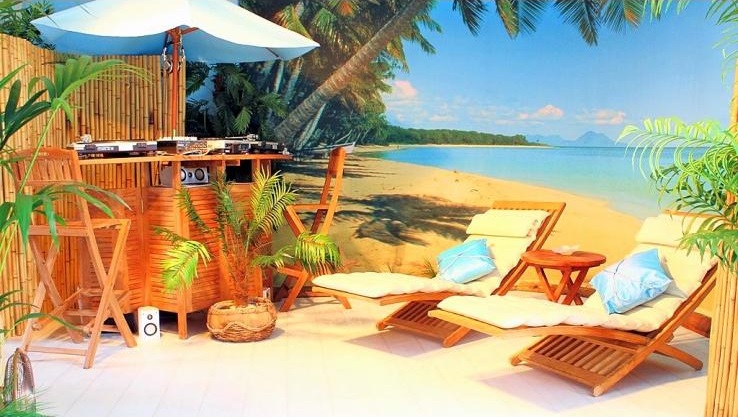 Only seconds from the shore, the Beach Retreat is perfect even if it decides to bucket down – the St Tropez style living area has real sunlight simulators where you can top up your tan, as well as a full integrated DJ system with disco lighting and even a full cinema to use – complete with those velvet seats and a popcorn maker. The sounds of the terraces have never felt further away.

…And there’s always cycling too!

But it’s not just the football that’ll be capturing the sporting imagination this summer. We’ve got some quality Test Match cricket and Wimbledon coming up at the end of June (don’t fret, we’ll turn our attention to that in due time) as well as a real treat for cycling fans as the Tour De France visits England. The venerable bike race has actually been to England three times before, but it’s the first time it’s gone further North than London – and we’ve got come cracking properties to take in the action from. 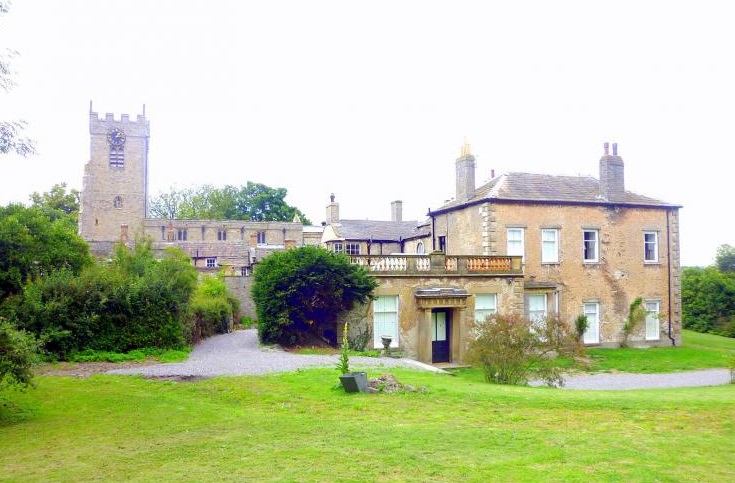 Here’s a one-of-a-kind opportunity for fans of the famous yellow jersey – the Tour De France is passing right outside the gates of Leyburn Manor on July 5th, and you’ll be in a prime position to watch the riders go by from this magnificent 18th century Georgian manor house. The property is on the doorstep of the dales and is the perfect English country house experience, but that’s not even the best bit – if you book for a full week starting July 3rd, you’ll get 20% off the full price of the stay. Not only will you have front row seats to a unique sporting experience, you’ll be snagging yourself a bargain to boot.