There’s a reason Dorset is one of the most photographed destinations in the UK. Along its world-famous Jurassic Coast, this vibrant south-west county unveils staggering scenery and some of the most beautiful beaches in the UK. Holidays in Dorset are made all the more enticing with historic castles, buzzy seaside towns and traditional cream teas. Here’s our guide to the best of this English county.

Dorset has a temperate maritime climate, so it’s a great destination to visit throughout the year. July and August are the hottest months when temperatures average around 21 degrees. And while winter daytime temperatures can dip to 9 degrees, it’s well worth visiting out of season, to escape the busy crowds. Winter is also, arguably, the best time to visit Dorset for its famed fossil hunting and surfing. 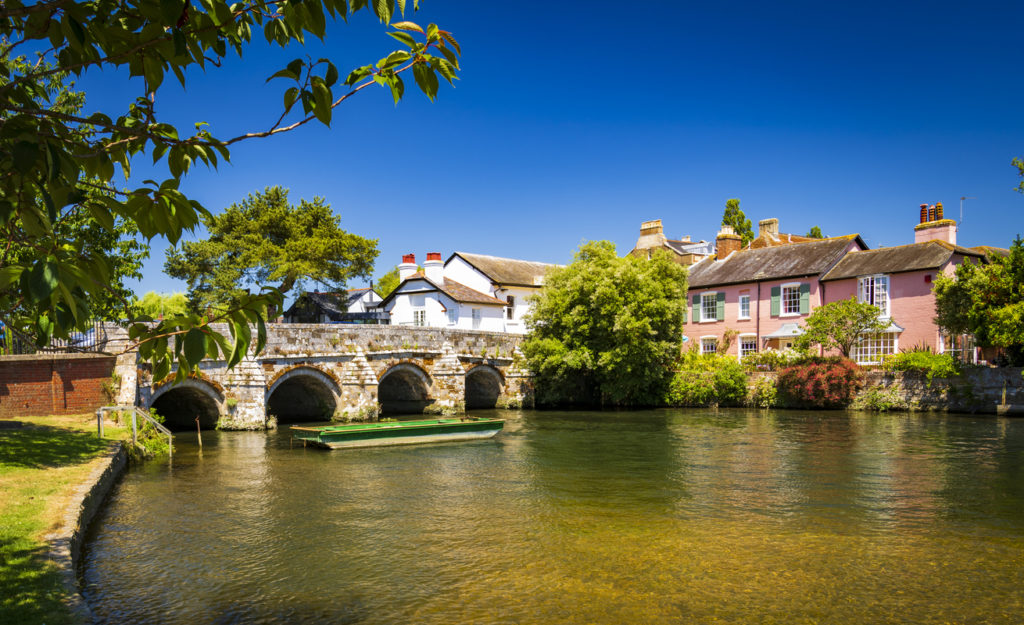 Dorset is relatively easy to get to, especially if you’re travelling from London and the southeast. It’s just a three-hour drive from the capital, via the M3, M27 and the A31. The region is also well connected to the west via the M5; and the east via the M20, M26, M25, M3 and M27. Bournemouth is the closest international airport and car hire options are available across the region. There are regular direct trains to Dorset from London Waterloo, with the option to stop at 14 different stations across the county. 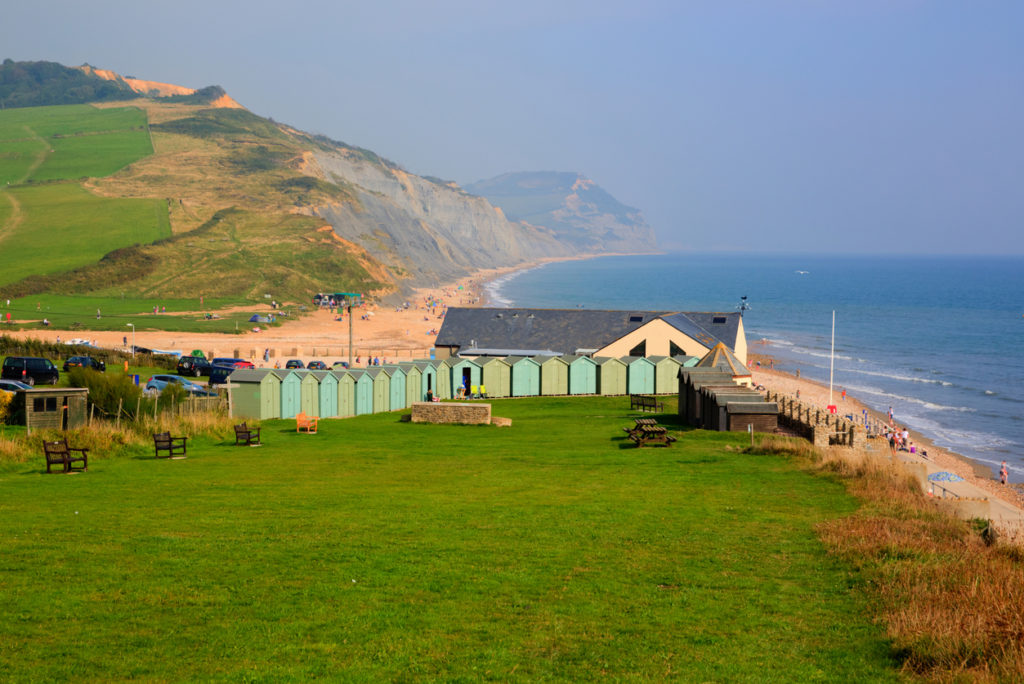 While Charmouth Beach is a haven for fossil hunting, seaside towns like Bournemouth also boast glorious stretches of sand. Dorset is the home of the 18-mile-long Chesil Beach, known for inspiring famous books and films.

The Jurassic Coast is a sight to behold, known for its rock formations which date back millions of years. Many consider its most famous, Durdle Door, one of the top bucket-list places in the UK.

Aside from the magnificent Jurassic Coast and the marine protected Fleet Lagoon, Dorset plays home to abundant wildlife spots for dragonfly, butterflies, squirrels and seabirds.

An array of National Trust properties can be found across Dorset, from the home of author TE Lawrence to the captivating Corfe Castle. 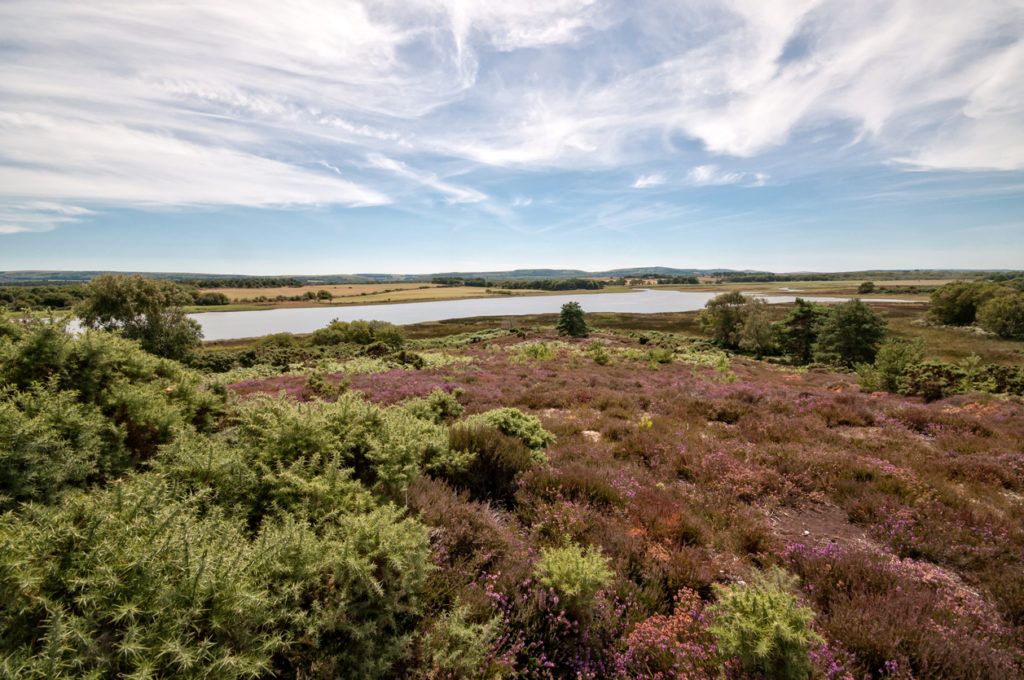 The Jailhouse café, which sits atop a cliff in Portland, has become an unlikely tourist attraction in Dorset. Run by volunteering inmates, it offers a stunning vista over the harbour and Jurassic Coast.

SUP Yoga on the Lake

During the summer months, follow the yogis to Kingston Maurward College, close to Dorchester, where Helios Colour Yoga holds Stand Up Paddle Boarding sessions on a tranquil lake.

Despite featuring in the TV hit Broadchurch, Littlebredy remains relatively unknown. Nestled in the Bride Valley between Bridport and Dorchester, it plays home to the waterfall that featured in the series and the beautiful Littlebredy Walled Gardens.

Known for its heathland, Arne nature reserve is a great place to escape the busy coast and is treasured for its thriving populations of butterflies, dragonflies, and birdlife such as nightjars and Dartford warblers. 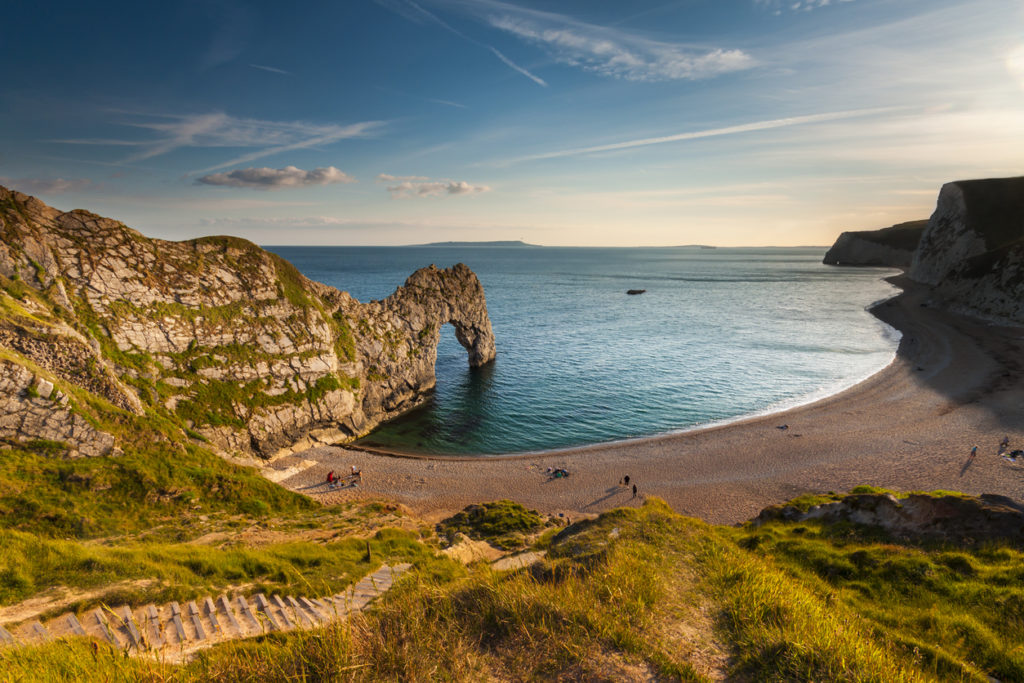 Stretching for 95 miles between Studland and Exmouth in Devon, this UNESCO World Heritage Site, renowned for its spectacular rock formations, is one of the top places to visit in Dorset. Aside from gorgeous beaches and impressive fossils and dinosaur tracks, it offers brilliant seafront restaurants and opportunities to enjoy coasteering, hiking and watersports.

With a bustling fishing harbour, fortress and sandy beach – which holds all sorts of festivals and sporting events – Weymouth offers a great family day out. The annual Dorset Seafood Festival is held here.

One of the most well-known British seaside towns, Bournemouth, east of the Jurassic Coast, is a great place to visit for its Victorian architecture, 7-mile-long beach and bustling pier. The town is filled with family-friendly attractions such as the Aquarium and amusement arcades and the Grade II-listed Bournemouth Gardens date back to the Victorian era.

Lyme Regis is often dubbed the ‘Pearl of Dorset’ and is the go-to place for fossil hunting fans. Top-notch restaurants and chippies attract the gastronomes. Don’t miss the seafood restaurant by Mark Hix, who pioneered the annual Food Rocks festival held in the town.

A Victorian seaside town located on the Isle of Purbeck, Swanage is a treat for scenery-lovers. It’s a short drive from the three mammoth chalk rocks known as Old Harry Rocks and is home to the charming Swanage Railway where you can experience a traditional steam train.

Known for its myriad bird, butterfly and flower species, a visit to the Lulworth Estate is one of the top things to do in Dorset. The 17th Century Lulworth Castle, offers stunning views over the Purbeck countryside and is a stone’s throw from the spectacular Lulworth Cove and Durdle Door.

Ready to see what our Dorset villa collection has in store? From countryside cottages to seaside escapes, we’ve got just the place for your next coastal staycation.