Just 19 miles by five, the tiny Île de Ré punches well above its weight. The pace slips down a few gears on this seahorse-shaped island, cast adrift from La Rochelle. A web of hollyhock-lined cycling trails connects pretty harbour villages, scattered between pine forests and vineyards, while oyster shacks sit on the fringes of shimmering salt pans. Here’s our guide to the best holidays in Île de Ré, France.

Avoid July and August when Isle de Ré is flooded with holidaying Parisians; instead, opt for spring or early autumn so it’s pleasant enough to hike, cycle and horse ride – without the crowds.

How to get to Île de Ré, France

Ryanair, Jet2 and Flybe all fly to La Rochelle from UK airports. Alternatively, take the Eurostar to Paris, then the TGV to La Rochelle. From here, it’s a 30-minute car journey to Île de Ré via a toll bridge. 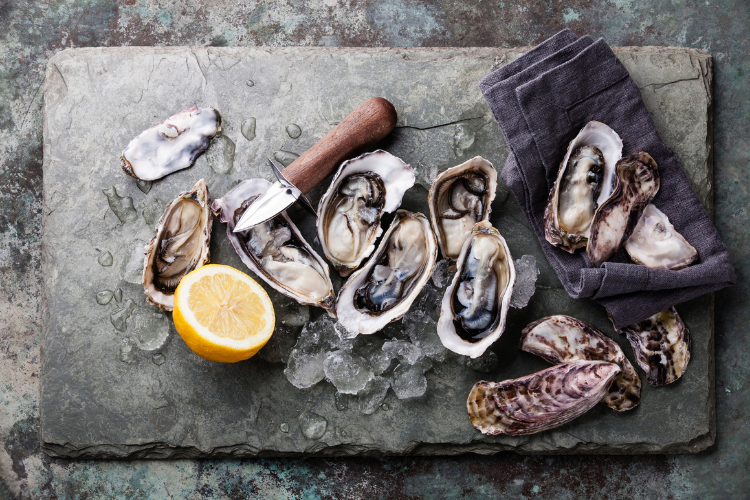 Expect seafood – and lots of it. Hotfoot it to the oyster cabanes dotting the western coast for tastings and takeaways; one of the best is L’Escale du Marais near Le Bois-Plage-en-Ré. Elsewhere, Saint-Martin-de-Ré is peppered with excellent restaurants (try locals’ favourite Le Bistrot du Marin or quayside La Baleine Bleue), but be sure to swing by the indoor food market to sample fresh seafood, cheeses and meats – feast on the deep-fried salt cod balls. However, the top food market on Île de Ré has to be La Flotte’s, set beneath medieval porticoes; don’t miss the divine bakery stall. You can’t visit Isle de Ré without sampling its famed chocolates made from local salt; pick some up from Île de Ré Chocolats.

Île de Ré beaches are among the finest in France. Fine blonde sand cushions much of the coastline, although the southern swathes can become crowded in July and August. Venture west instead to escape the summer hordes and discover wilder, remoter stretches, including the dune-swept Plage de la Conche des Baleines and sheltered Plage du Trousse Chemise. Plage de Gros Jonc is one of the best beaches in Île de Ré for windsurfing, with equipment hire and lessons, while the salt marshland near Loix is great for kayaking.

A necklace of harbour towns is strung across the island, from show-stopping capital Saint-Martin-de-Ré, with star-shaped fortifications under UNESCO protection, to La Flotte and its crescent of sand – dotted with cockle pickers at low tide. Further west, you’ll discover one of the prettiest towns in France: Ars-en-Ré. Head to the town’s sleepy square to gawp at its 16th-century church spire, painted black and white to act as a landmark for sailors. Island authorities ensure Île de Ré will never lose its charm: houses are limited in number (and height) and must be whitewashed – a blank canvas for the ubiquitous green or blue shutters.

Things to do in Île de Ré

Saint-Martin-de-Ré is the island’s enchanting capital, hugging the northern coast. Ramble the 17th-century ramparts that encircle an old citadel (now a prison) and a tangle of streets lined with chic boutiques and art galleries. Refuel at one of the cafés and restaurants flanking the picturesque harbour, and linger over a vin blanc on the waterfront.

Cycle across the island

While Île de Ré is only 30km by 5km, the Atlantic-coast island is crisscrossed with 60-plus miles of bike trails – all flat, thankfully. This cycling network connects a string of villages, weaving past vineyards and beaches, around old forts and ruined abbeys, and through fragrant pine forests. Bird-watchers should loop northwest to the Lilleau des Niges National Nature Reserve, where salt pans and marshes lure migratory avians. To hire a bike, Cycland and YooToo are good options.

To the west of Île de Ré, the black-tipped white spire of a 15th-century church today beckons antique-hunters to Ars-en-Ré, as it once guided sailors in from the seas. These shoppers are lured for another reason: the streets brimming with bric-a-brac stores and art galleries. Elsewhere, Saint-Martin-de-Ré is peppered with antiques shops (try Antiquités Barbotine or Antiquités Barbotine), while La Flotte Île de Ré holds a daily flea market.

Climb to the island’s summit

At Île de Ré’s westernmost tip, the 194ft-high Phare des Baleines lighthouse dates back to 1854, when it first started guiding ships to the island’s shores. Today, you can ascend 257 spiral steps to reach the top, where the views to mainland France make the calf-shredding climb worthwhile. A museum at the foot reveals more about the history of the lighthouse.

Now you’ve read our destination guide to Île de Ré, France, why not check out our Best Île de Ré Beaches and our Things To Do in Île de Ré?