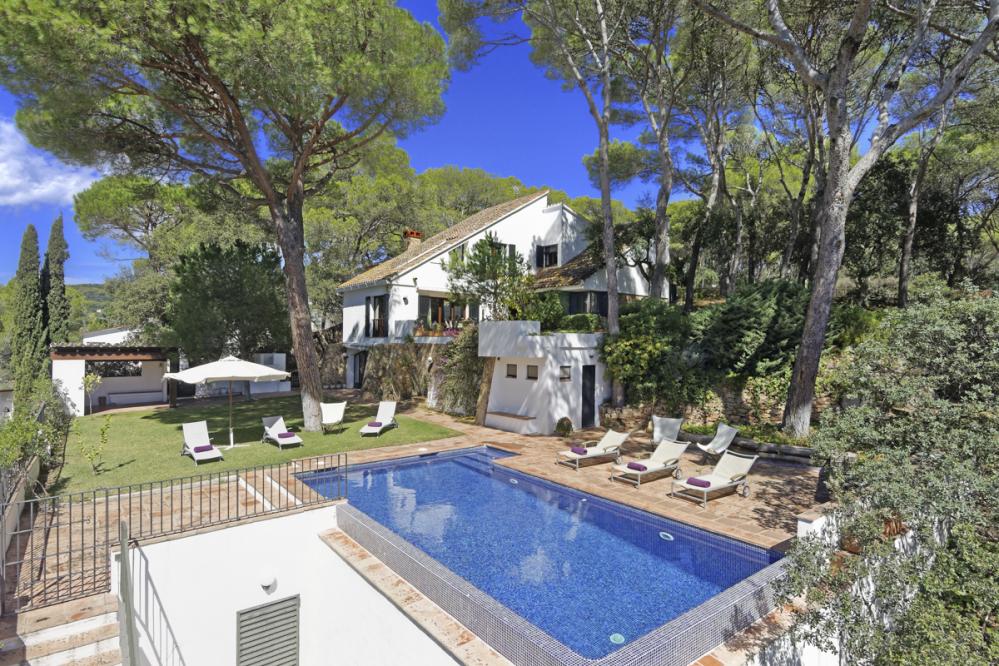 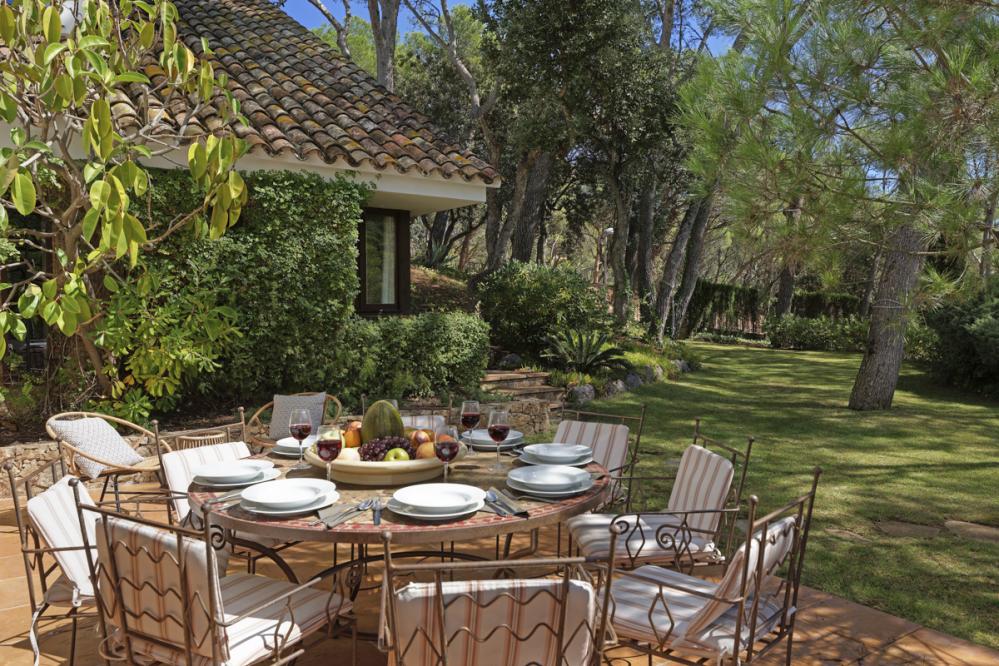 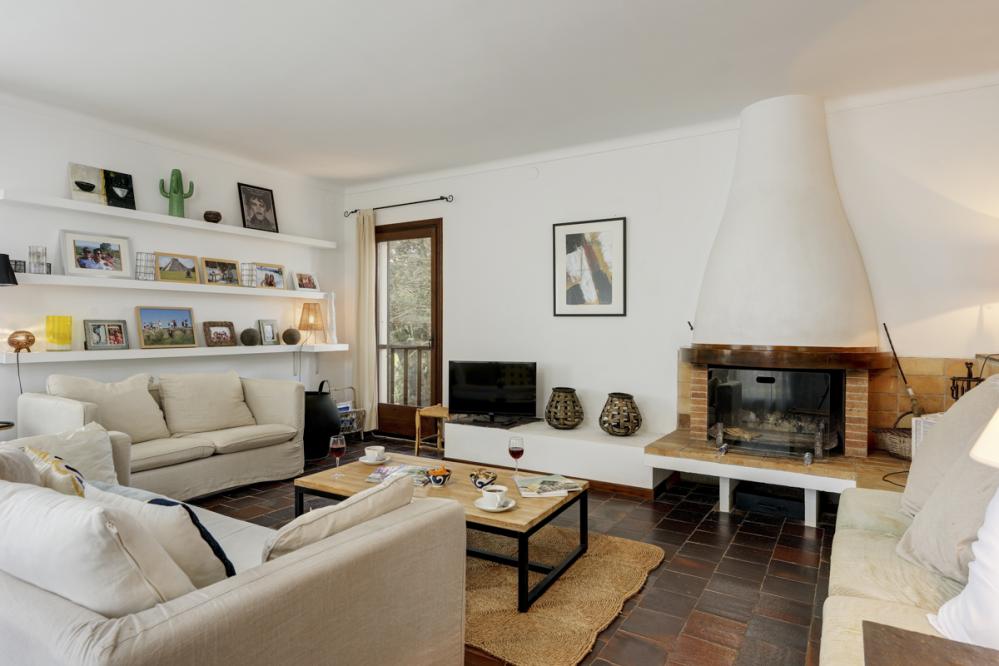 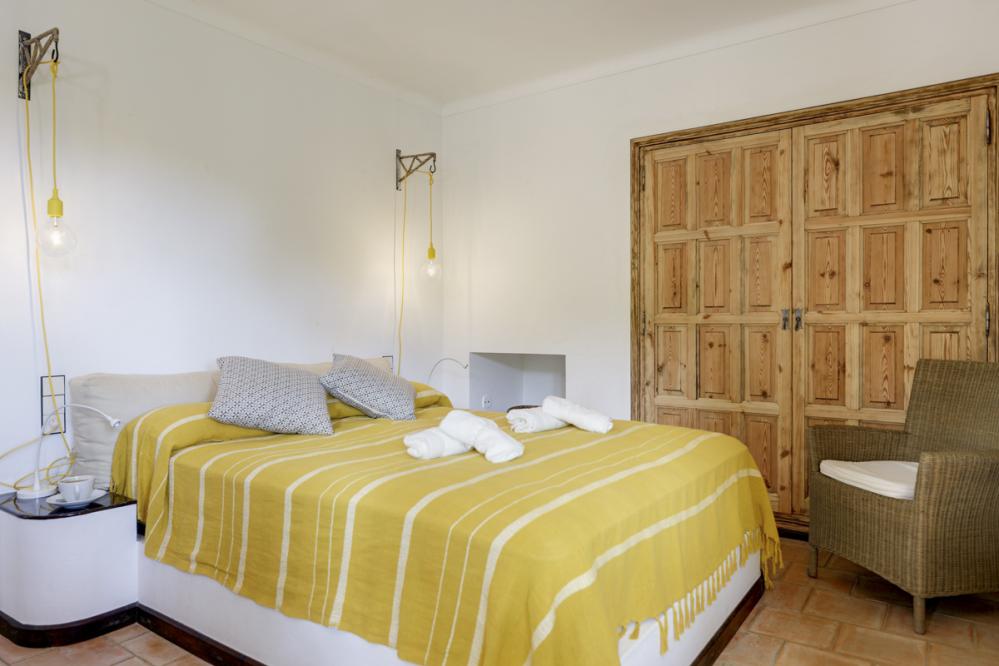 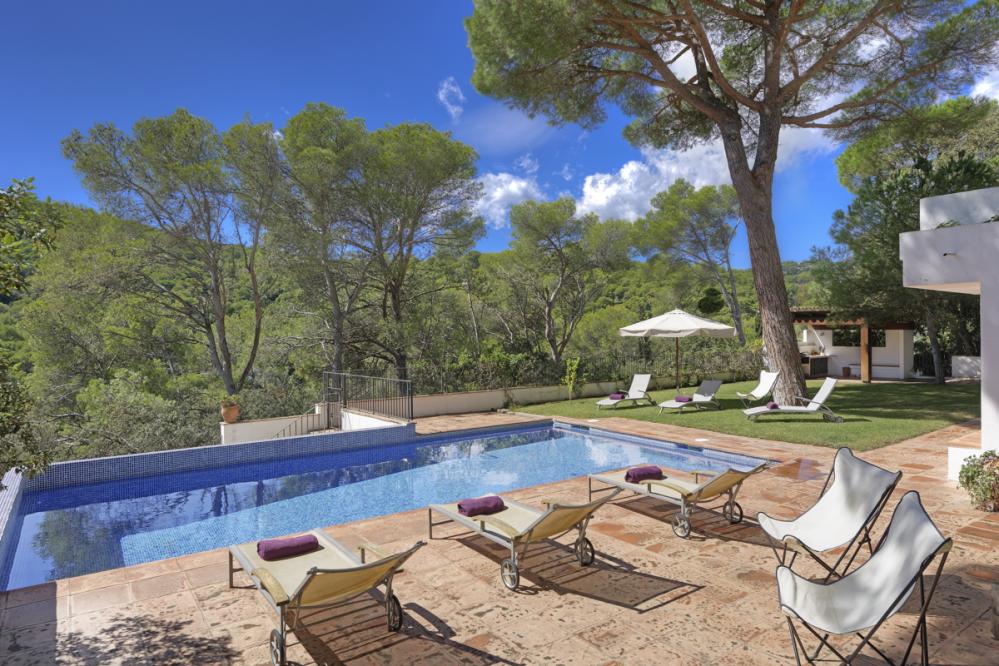 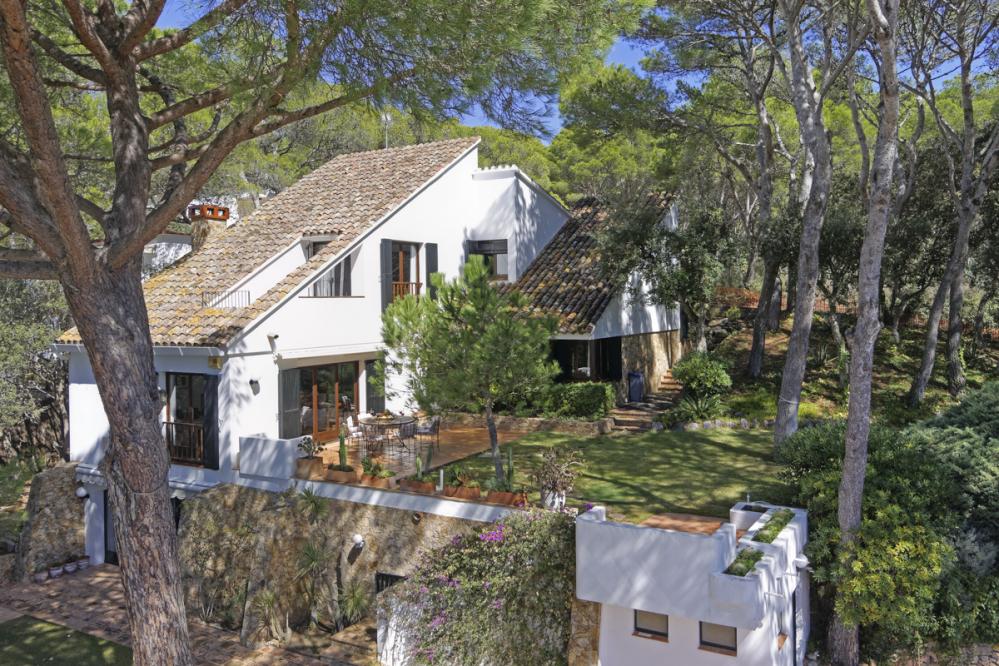 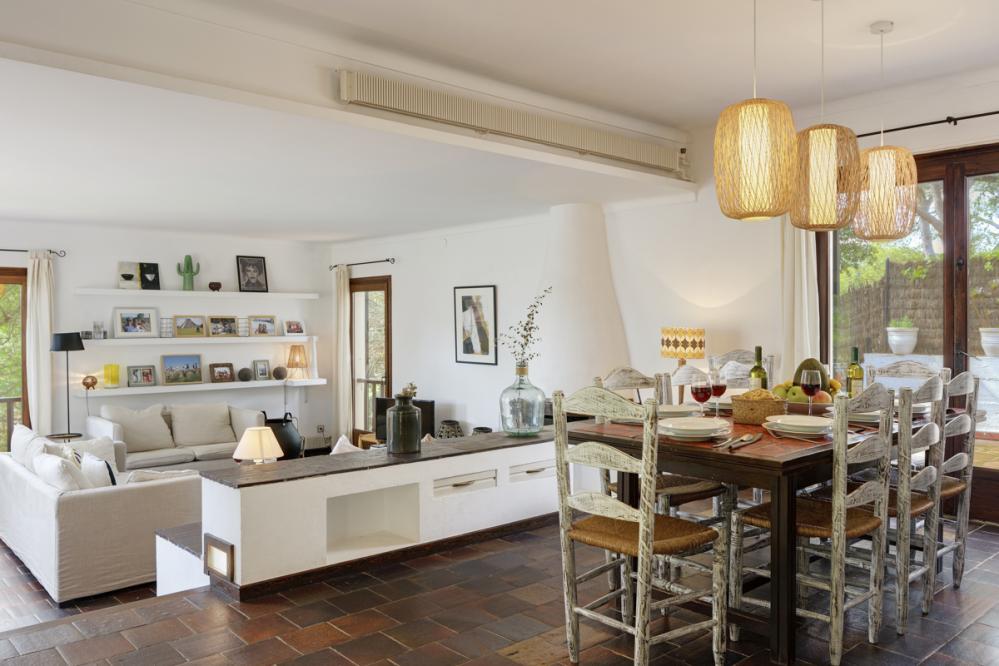 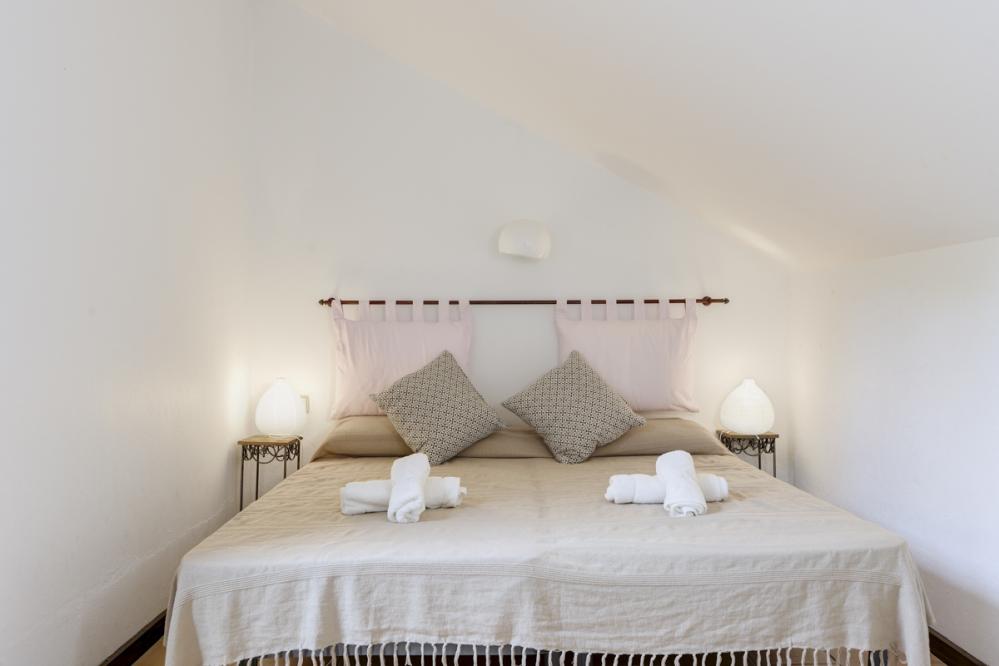 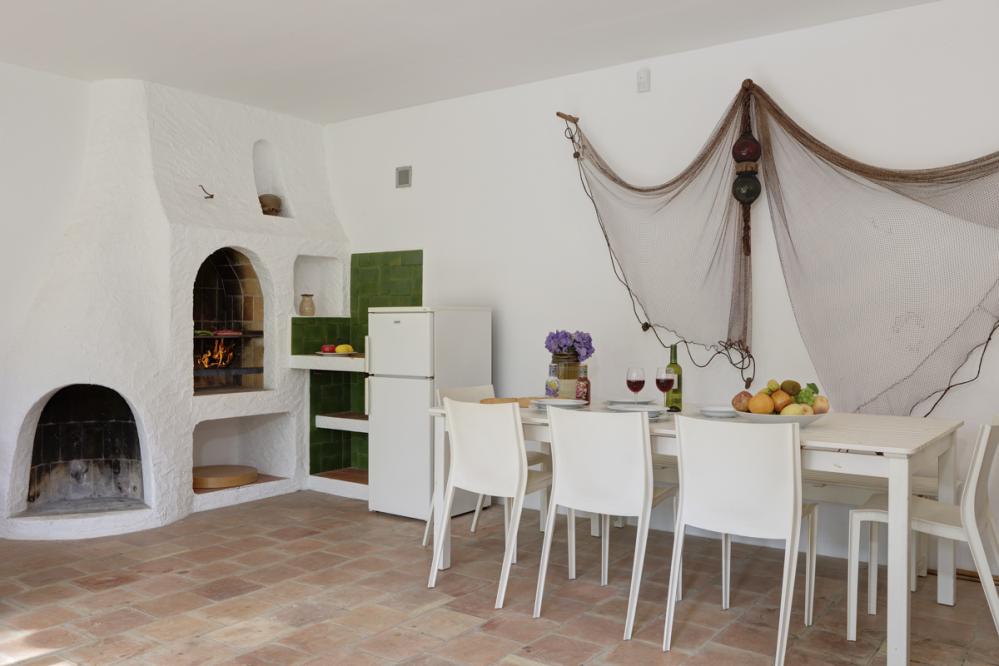 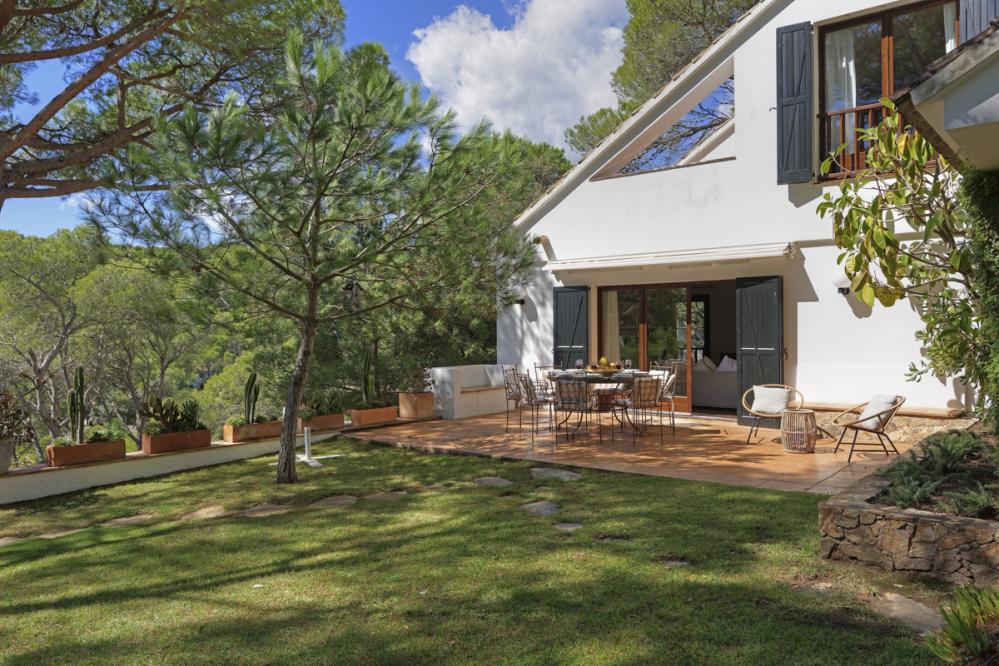 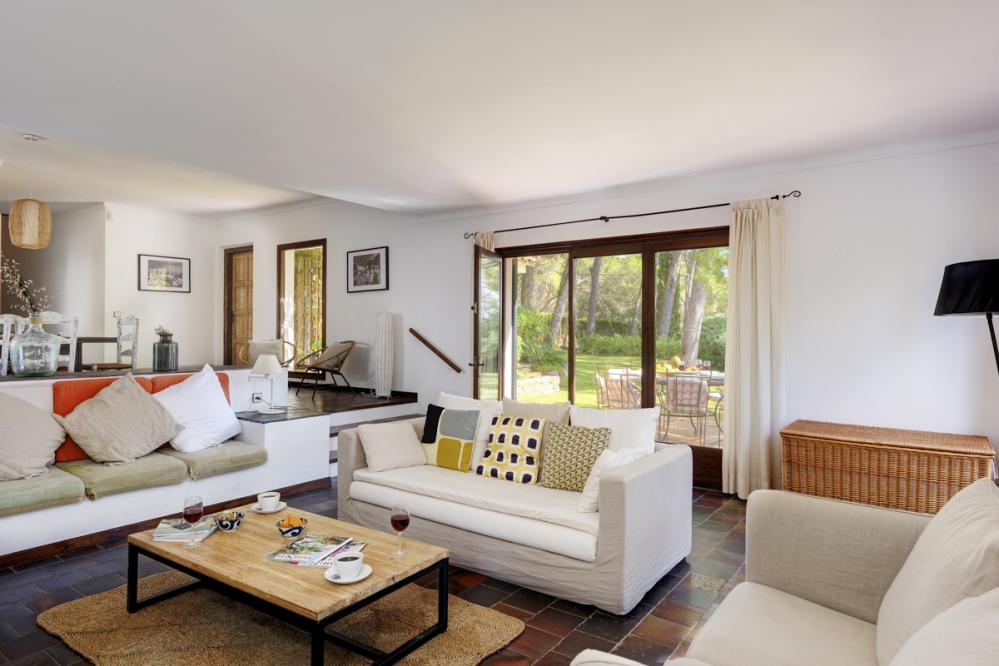 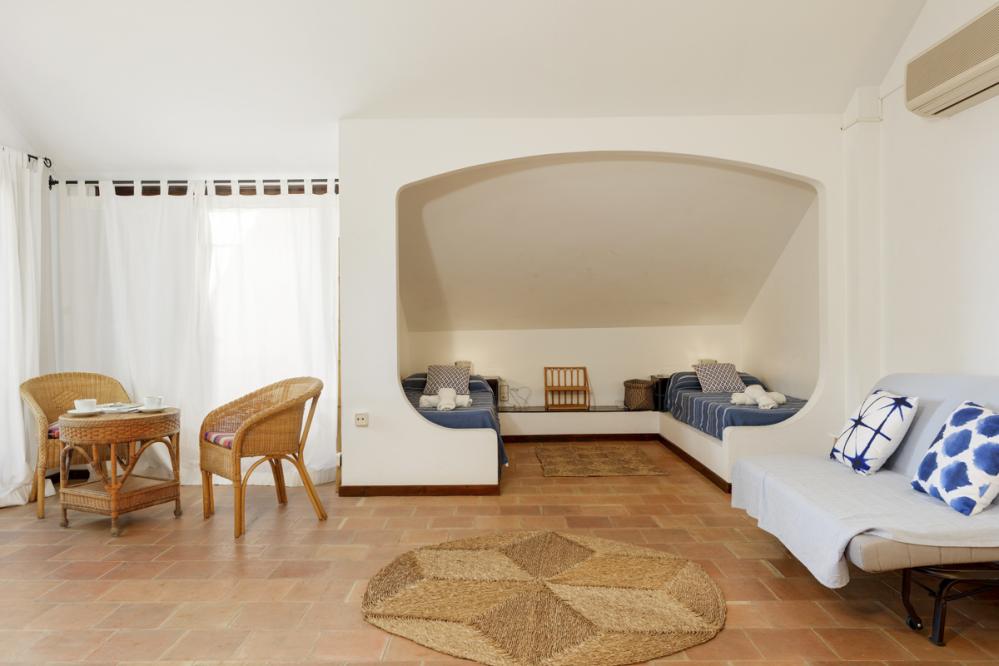 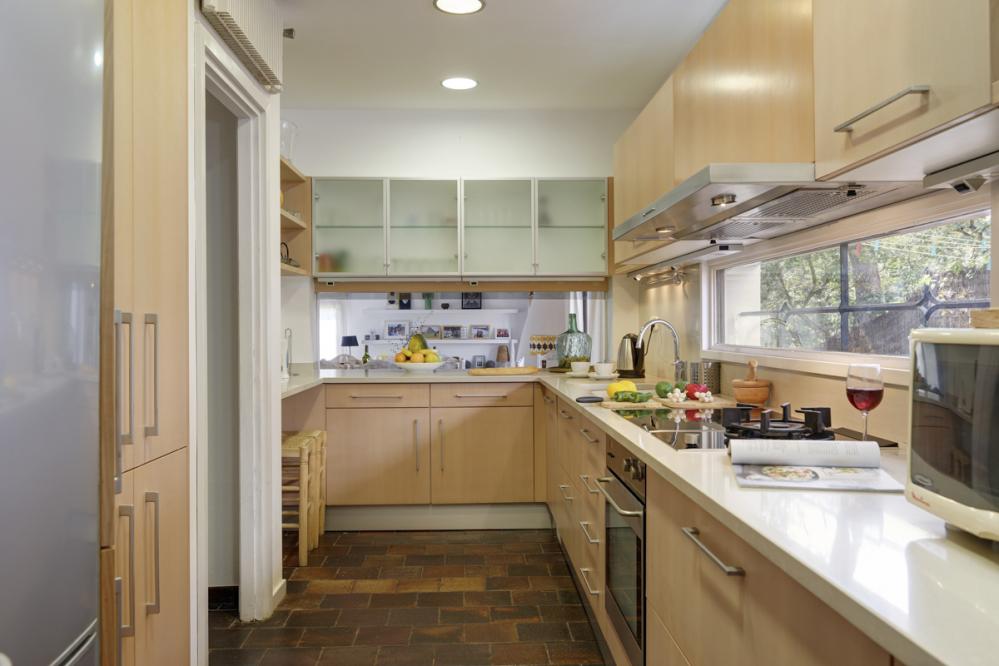 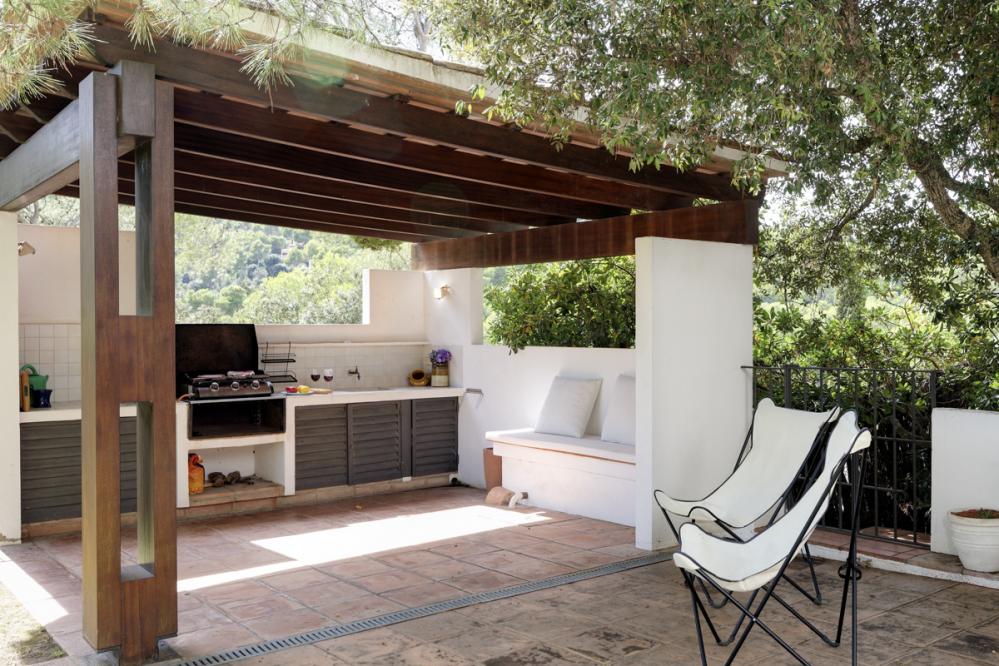 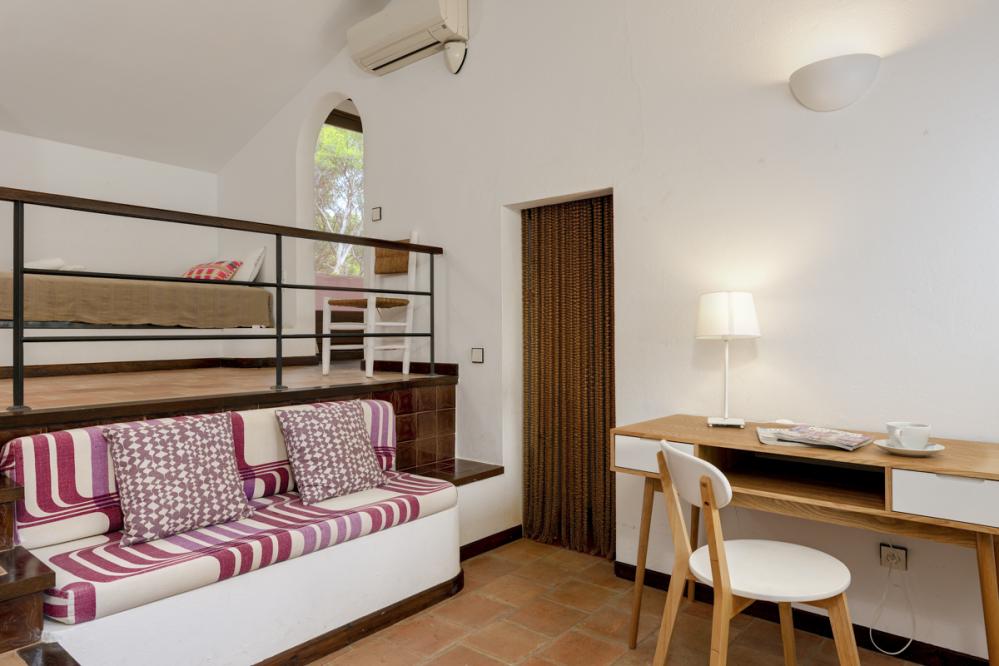 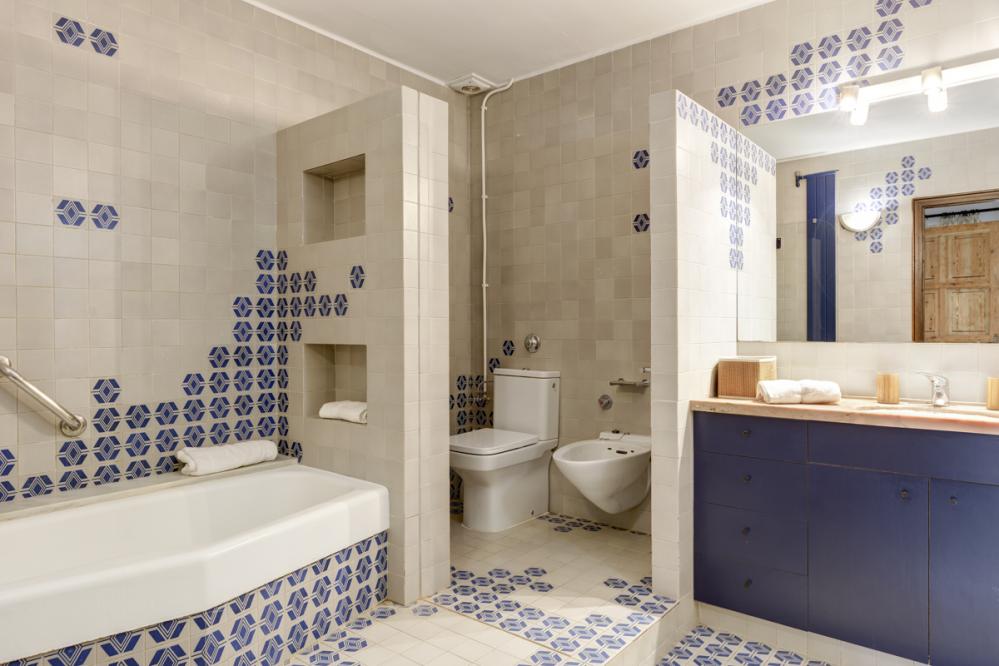 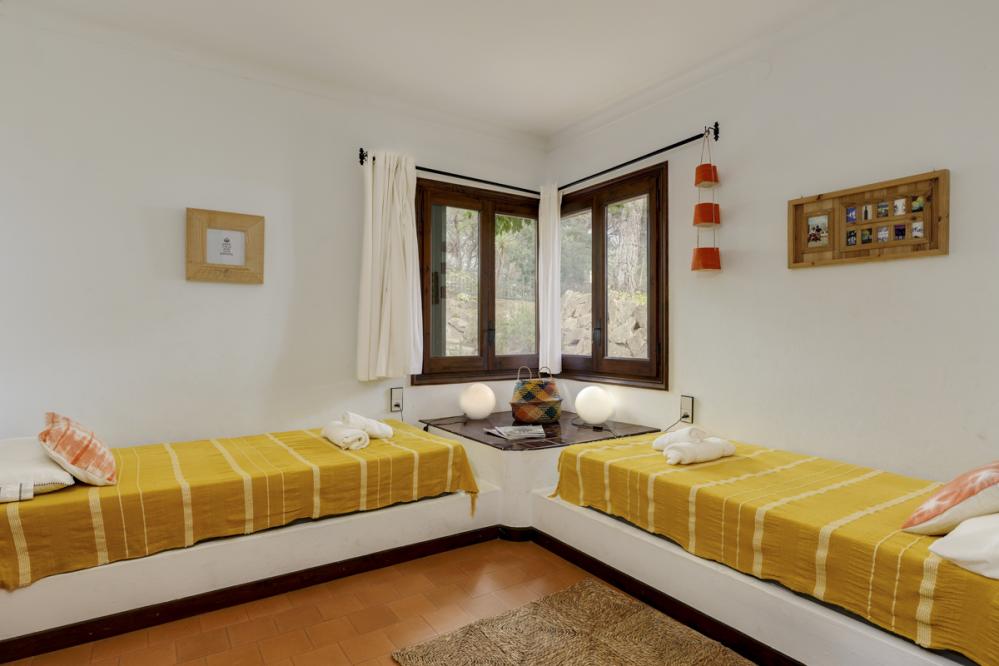 Tamariu is home to some gorgeous family villas, and Villa Beso does not fall short of this description, and we firmly believe that it is one of the best. It is ...

Tamariu is home to some gorgeous family villas, and Villa Beso does not fall short of this description, and we firmly believe that it is one of the best. It is a traditional south-facing villa that sleeps up to ten people and therefore, is on the larger side with a plot of more than 1000m2.

The exterior grounds at Villa Beso are divided into three levels and boast luxury; there home to a private pool, a barbecue porch, a dining terrace, and a large garden area where the children can enjoy impromptu games of football and rounders.

This is the perfect combination to relax after a day spent soaking up the Mediterranean sun.

The interior style is no less extravagant; Villa Beso has a traditional yet sophisticated theme. It is plentiful with French doors which allow the Mediterranean sun to fill the rooms. The villa is split into two and a half floors, and it has five bedrooms, which ooze comfort.

It also has a spacious living and dining area with a fireplace and television, which provides an ideal place for the family to socialise if they want to escape from the sun for a while!

Villa Beso is situated in the centre of town of Tamariu, and it has access from two different streets which will allow you to be more mobile. Furthermore, should you ever wish to tear yourself away from this charming haven then the beach is only a five-minute walk away? Alternatively, if you would prefer a more action-packed day out there is a water-park nearby, that brags fun amusements for all the family.

Villa Beso is a magnificent house of 353 m2 is, it is surrounded by a beautifully landscaped garden with a plot of 1934 m2, located in the centre town of Tamariu, just 5 minutes walk from the beach. There are 5 bedrooms and 3 bathrooms, and it can accommodate up to 10 people

*** Please notice that there is no air conditioning or internet connection in this property.

Tamariu forms part of the municipality of Palafrugell, along with with its near neighbours, the larg...

Tamariu forms part of the municipality of Palafrugell, along with with its near neighbours, the larger town of Llafranc, and Calella. One of the most charming and unspoilt stretches of the Spanish coast, the area has not fallen victim to over-development, meaning its charm and character has largely been retained.

According to the British Telegraph newspaper, the beach at Tamariu ranks as one of the best beaches on the Costa Brava. Embraced by pine-clad headlands, the horseshoe-shaped beach is very pretty, family-friendly and sheltered.

Just behind the beach is the pedestrian promenade, where there are some cafes, restaurants and beach gear shops. Parents can happily while away a little time in the shade, sipping whatever they fancy, with their children, only yards away from them, play safely on the sand.

It probably won’t be the first time you’ve heard of it, in this neck of the woods, but Tamariu was originally a small fishing village. It has definitely retained some of its charm and identity, and its beautiful south facing sandy bay offers a romantic destination for lovers. It’s also a good choice for families seeking a quieter Costa Brava resort.

The activity in the village will peak in August, but as yet there aren’t any English bars or breakfasts. Neither are their high-rise hotels on the landscape, only a blend of greens, blues and sandy shades with pretty whitewashed buildings in the foreground.

The villa is a lovely place for kids to hang out - teenagers and older children will love having the...

The villa is a lovely place for kids to hang out - teenagers and older children will love having their own space, while children of all ages will love swimming in the pool. The outdoors area all good to run around and play, will ensure many fun evenings!

The house is a beautiful family retreat in a quiet location but close to so many fun things to do together as a family, from exploring beaches to having dinner in the old town of Tamariu.

The town’s beach has fine sand and all the local amenities you could require, with boat rentals, restaurants and cafes within a few paces of the beach. 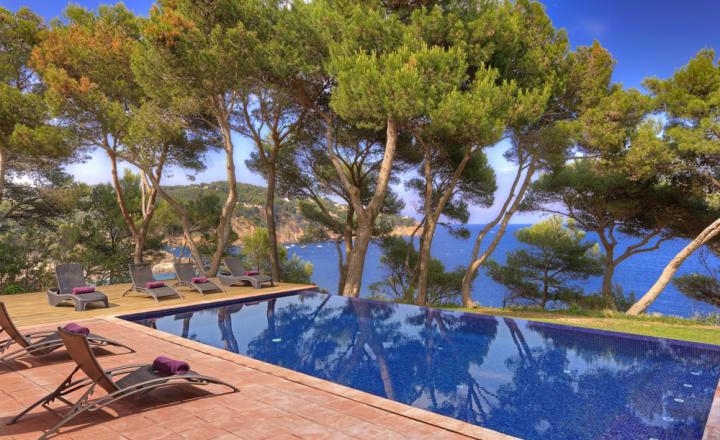 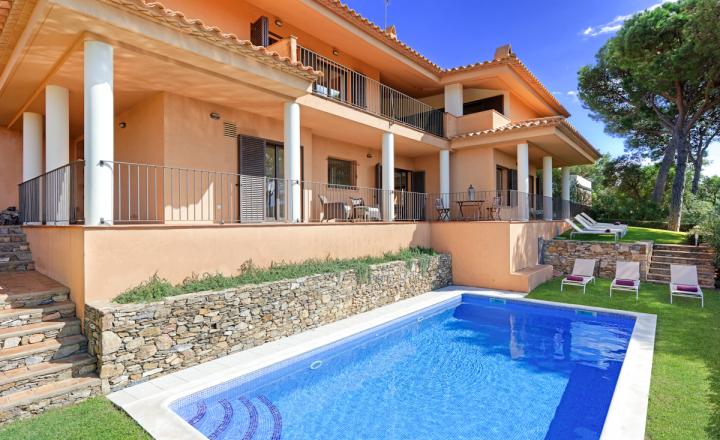 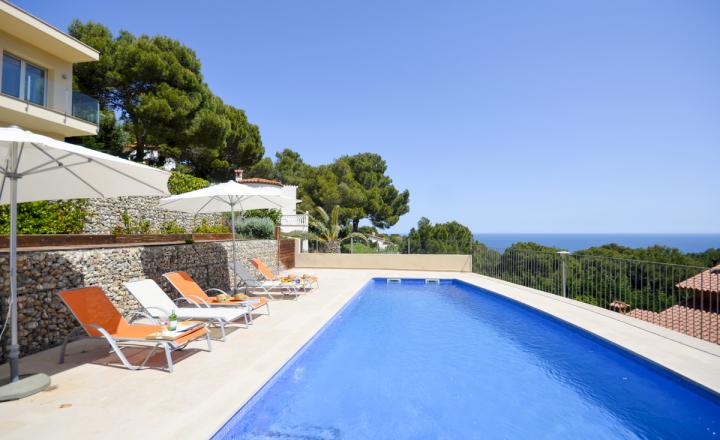 Ask a question about Villa Beso