Home
EuropeBritain & Ireland
When the days get colder and nights get longer here in the UK, many begin to think about escaping for some winter sunshine. Others only have one thing on their minds: ski season. However, you don’t need to go far to have a fantastic and active winter holiday, with the breathtaking Scottish highlands boasting some fantastic slopes. So, whether you’re a snowsport veteran or just hitting the piste for the first time, you can get the best out of the winter season right here in the brisk British cold.

When is the ski season in Scotland?

If you’re looking for the best time to ski in Scotland, the ski season runs from December to early April, but it’s generally the best from January onwards. Keen skiiers often book last-minute trips once they know the skiing conditions in Scotland are good, so you should try to be flexible with your plans if possible.

How many ski resorts are there in Scotland?

There are five ski resorts in Scotland, three of which can be found in Cairngorms National Park – ideal if you wanted to double up your trip and visiting two in one. Looking for the best place to ski in Scotland? Read on to learn more about each one and whether it suits your thrillseeker needs. 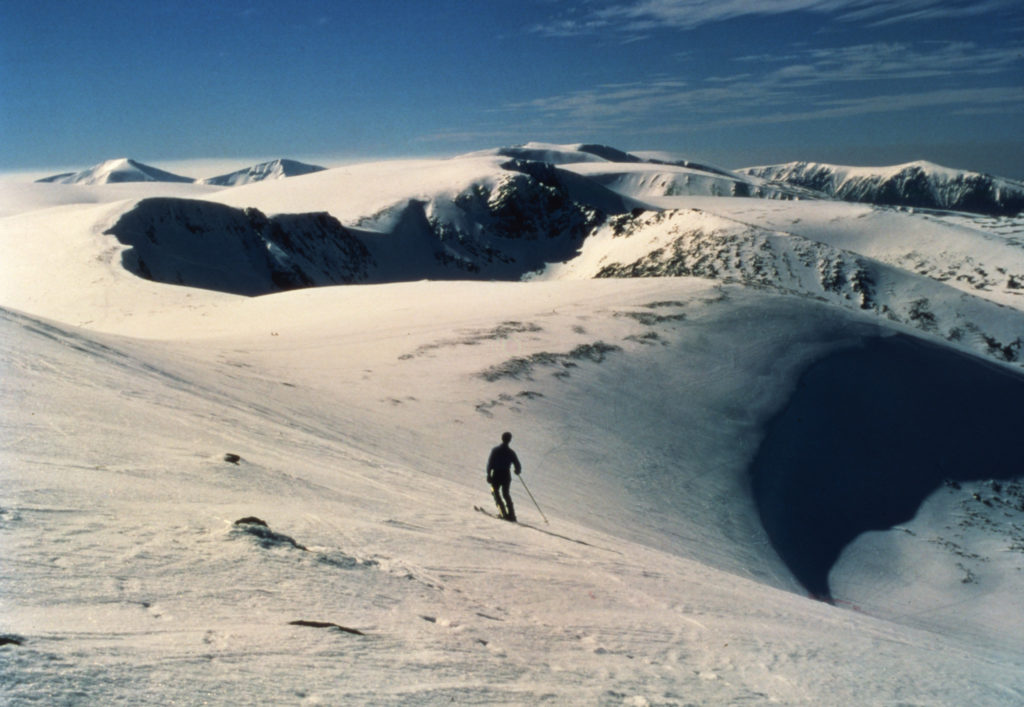 Where to stay when skiing in Scotland 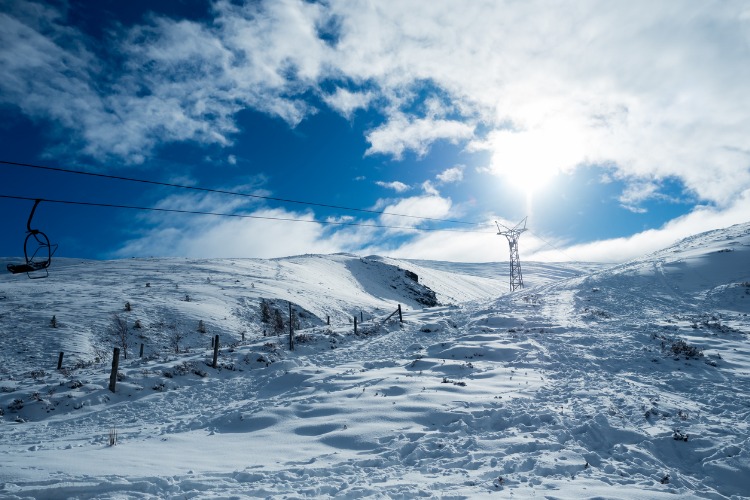 Snow conditions in Scotland can often be a bit unpredictable, but CairnGorm Mountain gets more long-lasting snow than any other spot in the highlands. Over the years, this has made it a well-loved destination for skiers and snowboarders. Out of the twenty pistes of different colour rakings, the longest run on the mountain is 3.3 kilometres. The most enjoyable way of getting to the top is certainly the mountain railway, which lets you take in some spectacular sights on the way (but there are ten other lifts that will probably get you there quicker). For freestyle enthusiasts, CairnGorm also has a great terrain/fun park, and for beginner skiers, they have their own snow school on site.

Whether you’re a skier yourself, or just accompanying a whole bunch of them up the mountain, you will love a trip to CairnGorm. At the resort, you are only eleven miles from Aviemore and less than an hours’ drive from Inverness. But even if you stay close by, you’ll find that the national park in which the mountain lies is an area of outstanding beauty. The aforementioned mountain railway which takes skiers and sightseers to the top station is the perfect route to the incredible panoramic views of the park, and of Loch Morlich in the valley below.

Places to stay nearby: The Fortalice 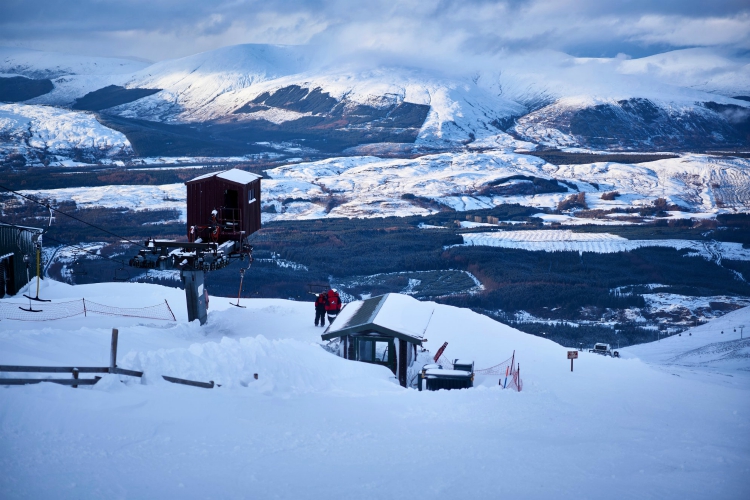 If you’re longing for some back-country skiing in Scotland, Nevis Range is the place to go. Among the dramatic scenery, this is where you’ll find the most exciting terrain for off-piste runs. From the top of Aonach Mor (the eighth highest peak in Scotland), you can ski the Boardwise terrain park and the Back Corries. These are known to be quite the challenge even for the most experienced skiers, but there’s nothing like them in all of the UK. From the top, you can also ski a variety of patrolled red and black slopes, and a bit further down beginners can find their snow legs on the green and blue graded runs. Despite its reputation for extreme snow-sports, Nevis Range is actually an excellent place to learn skiing or snowboarding for the first time with its variety of in-house and independent snow sports schools.

On the north side of the mountain, you can also take a beautiful scenic ride through the crisp air on the only mountain gondola in Britain. This is not only for sightseers but is actually the best way to access the base of the snow-sports area. In the warmer months, this is also an excellent starting point for some incredible walking trails along the range. Many hikers will make their way up Aonach Mor by foot and take a refreshing gondola ride back down to the resort.

Places to stay nearby: Sky Lodge 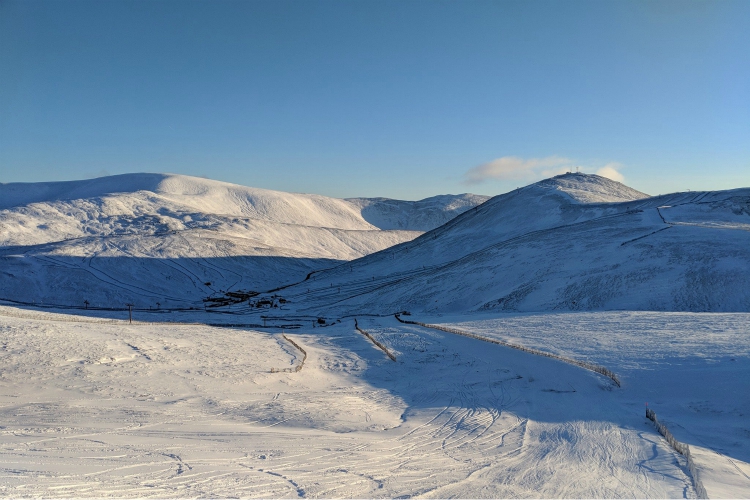 If you go through a history book of the area, you might find that Glenshee is named after the Gaelic ‘Glen of the Fairies’. And if you decide to visit the largest ski resort in Scotland, you might agree that riding down these slopes is a slightly magical experience. Its longest fun trail, Glas Maol, is two whole kilometres long from top to bottom, and you’ll hear people rave about how it’s the single best piste in Scotland. Besides Glas Maol you’ll have 35 other slopes (and a terrain park) to choose from at Glenshee, each suited to different abilities and interests. If you’re a beginner, there are lots of options for classes, like groups, private or even race training.

Back when people first started skiing at Glenshee in the 30’s, the very simple uplift service consisted of two tractors. Luckily things have modernised quite a lot since then, and these days Glenshee operates at Alpine standards. Another unique feature of these mountains is the diverse terrain, which invites for some excellent ski touring of the area. We couldn’t think of a better way to explore Scotland’s natural winter beauty.

Places to stay nearby: The Fortalice 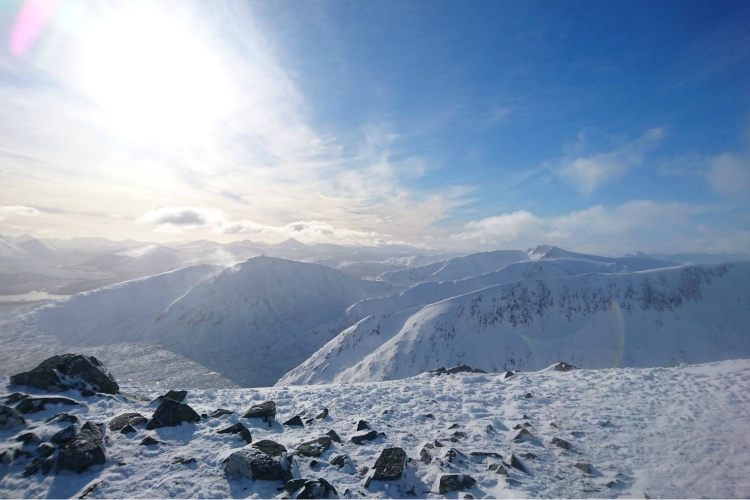 The best place to ski in Scotland for seasoned skiers and snowboarders is definitely Glencoe Mountain – especially if you’re looking for exhilarating terrain with breathtaking views. Known for having some of the greatest scenery in all of Scotland, it’s located on Rannoch Moor, with the twenty-some runs down Meall A’Bhuiridh Massif including both the longest and the steepest in the UK. Many ski fanatics will call it a must-visit destination, but there’s also a lesser-known but large plateau area perfect for learners and taking lessons on skis or a board. Because Glencoe holds the Scottish snow-holding record, you can often visit until late April or even May for an off-season run.

When Glencoe first opened in 1956, it was known as White Corries and was the first commercial ski area in Scotland. Its popularity has much to do with the stunning views toward Buchaille Etive Mor, but its reputation is well deserved. Guests will often return again and again, and camp or stay at one of the on-site micro lodges. 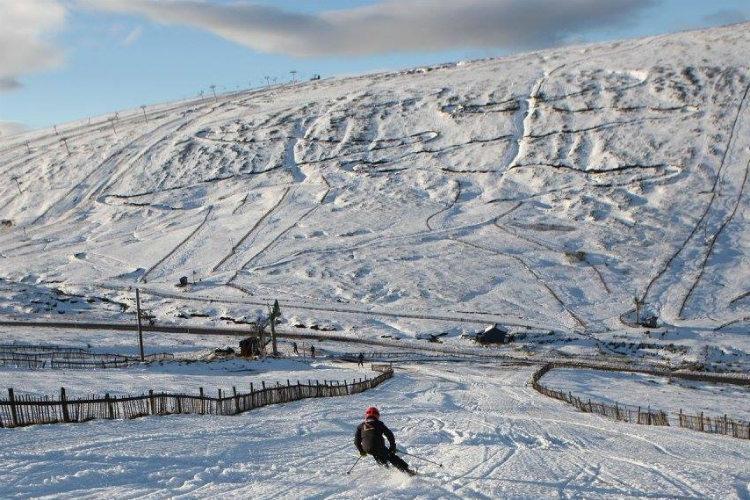 If you’re a large family, complete with little first timers, we can’t imagine a better spot to go skiing in Scotland than the Lecht – ideal for kids looking to get their first lessons. It’s a resort which is slightly on the smaller and quieter side, but still one of the very best. This means that the runs are a bit shorter than other places, but the upside of this is much shorter queues. All in all, you’ll probably end up with more time on the slopes! Kids aged two to eight are welcome to hone their skills and have fun in the Penguin parks, where a magic carpet lift and Rotondo Carousel will let them gain their snow legs in a safe environment. Adult beginners will also do well on the smaller pistes of the resort.

This natural playground is part of the Eastern Cairngorms national park, where you’ll find some beautiful scenery on your runs down the mountain. The atmosphere here is known to be friendly and welcoming, and the ski school offers a huge variety of courses. Hire your equipment (preferably ahead of time) or bring your own when you come to play at this Highland activity centre.

Places to stay nearby: Strathdon Castle and Royal Deeside Lodge.

We’ve mentioned some of our holiday homes that are super close to these ranges, but plenty of our castles and cottages in Scotland make a great base for a winter holiday with day trips to the slopes. If you need help with your search, just contact our concierge team!