The coast of England is undeniably one of the best things about the country – the cute coastal villages that offer up nostalgic seaside charm, the unspoilt golden beaches backed by wild headlands and dramatic cliffs, wildlife-inhabited national parks and nature reserves, and historic pockets where you can discover maritime and industrial history as well as uncover myths and legends of pirates, King Arthur and Dracula. So, it’s no wonder we want to get out and explore more of it.

This is where the England Coast Path comes in, due to an introduction of a UK law – the Right of Coastal Access – where people have the right to access all of England’s open coast, the government has been pumping in the big bucks to make the coastline more accessible for everyone. And due to over £5 million of extra funding allocated to the National Trail since 2014, it’s due to be completed in 2021… yay!

When it’s complete, it’ll be around 2,795 miles, making it the longest coastal walking route in the world. It’ll connect everything around the coastlines of England, from the fishing villages in Northumberland to the lofty clifftops in Cornwall. Obviously, it takes time to open new sections, so at the moment not all of the England Coast Path is accessible. If you’d like to see more about the progress of trails across the country, you can find information on the government website. 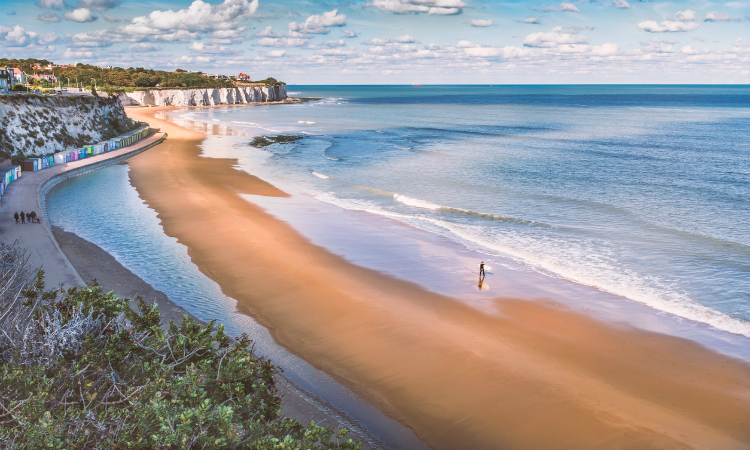 We’ve pulled together some blogs on the different sections of the England Coast Path, and we’ll continue to add to them until it’s all open. But for now, have a look at where the walking trails are and where you can stay with us:

It’s the year of the staycation, and with all the work going on the England Coast Path, it makes it so much easier for us to stay home and go on a trip to the seaside instead!