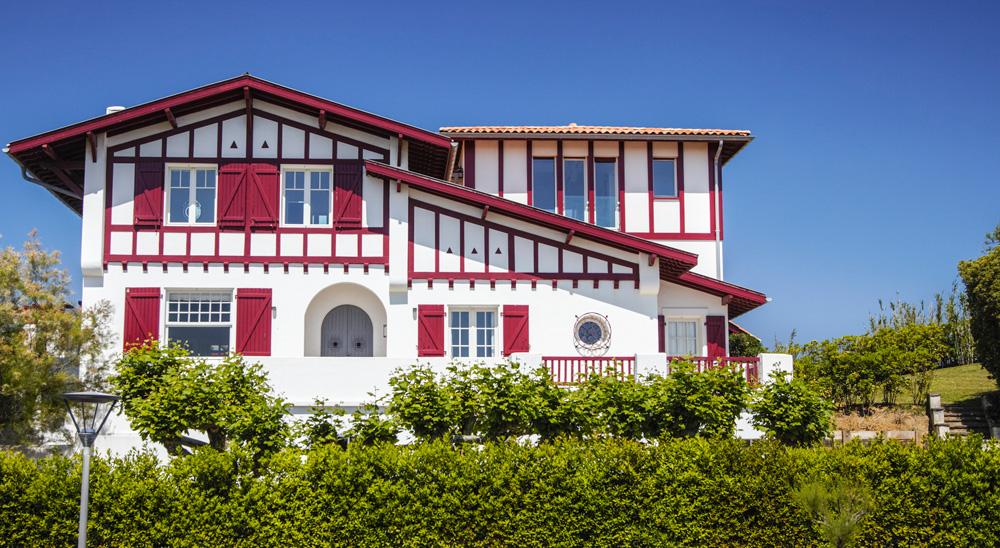 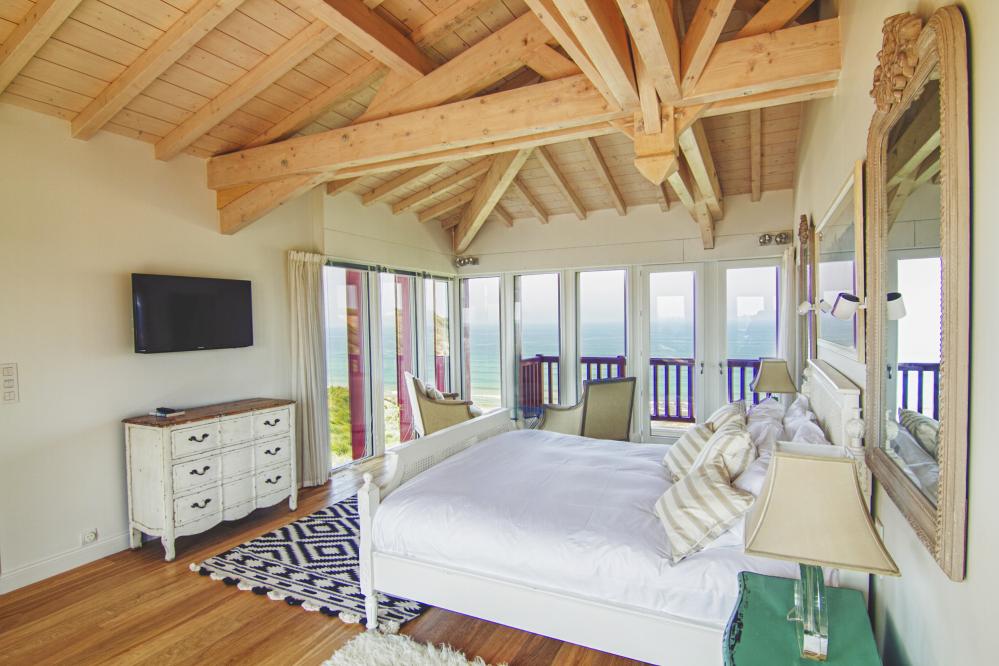 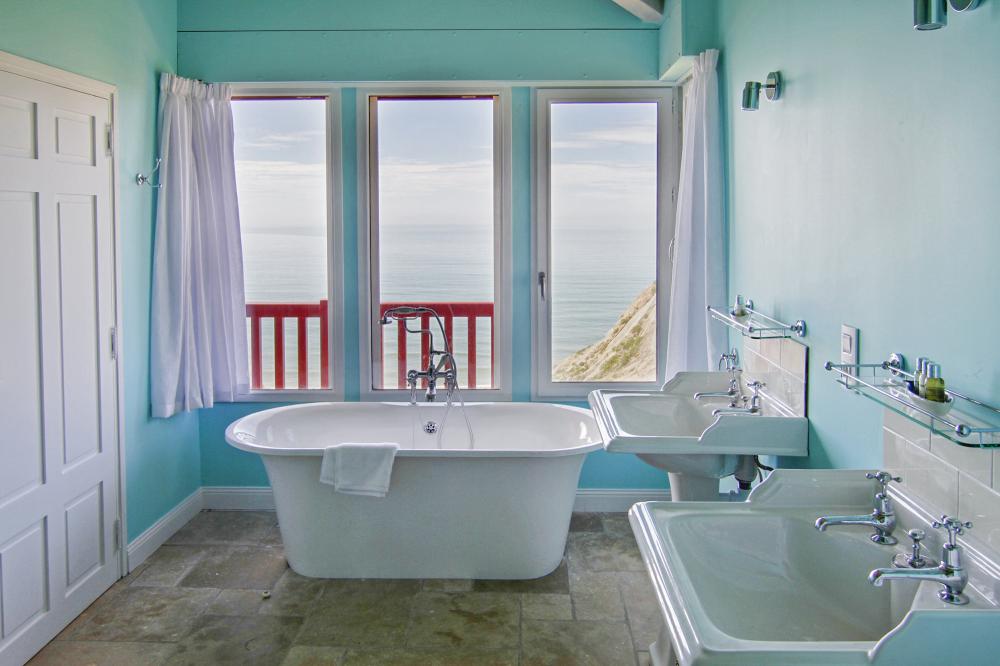 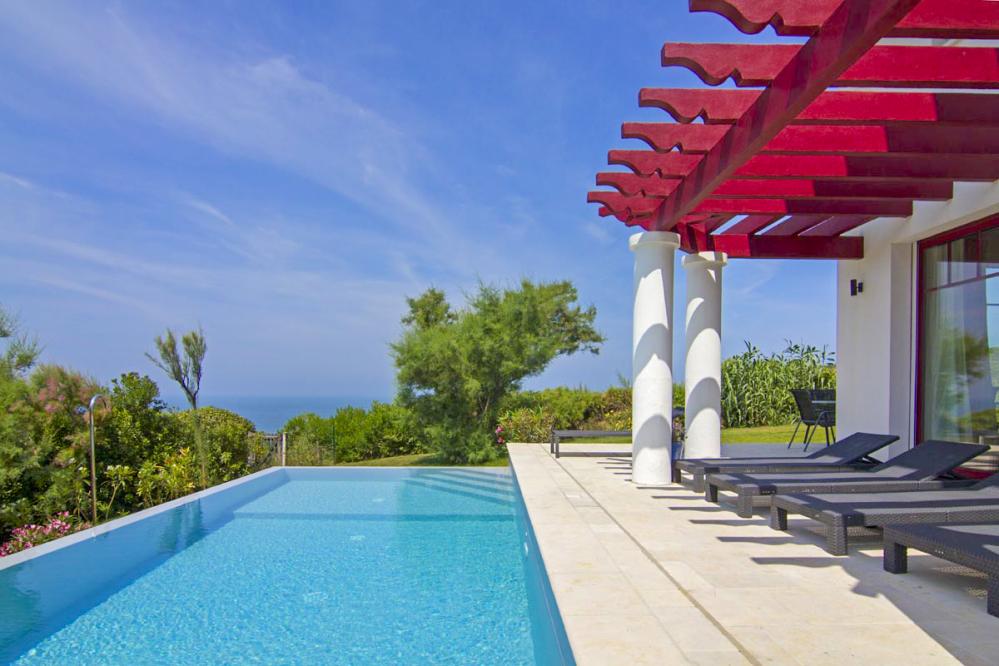 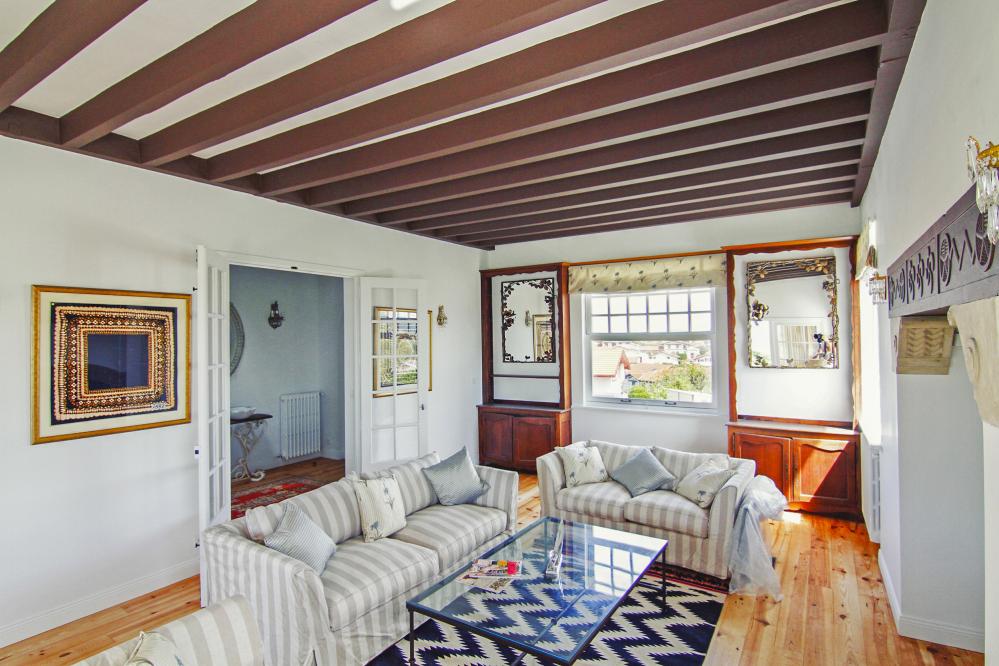 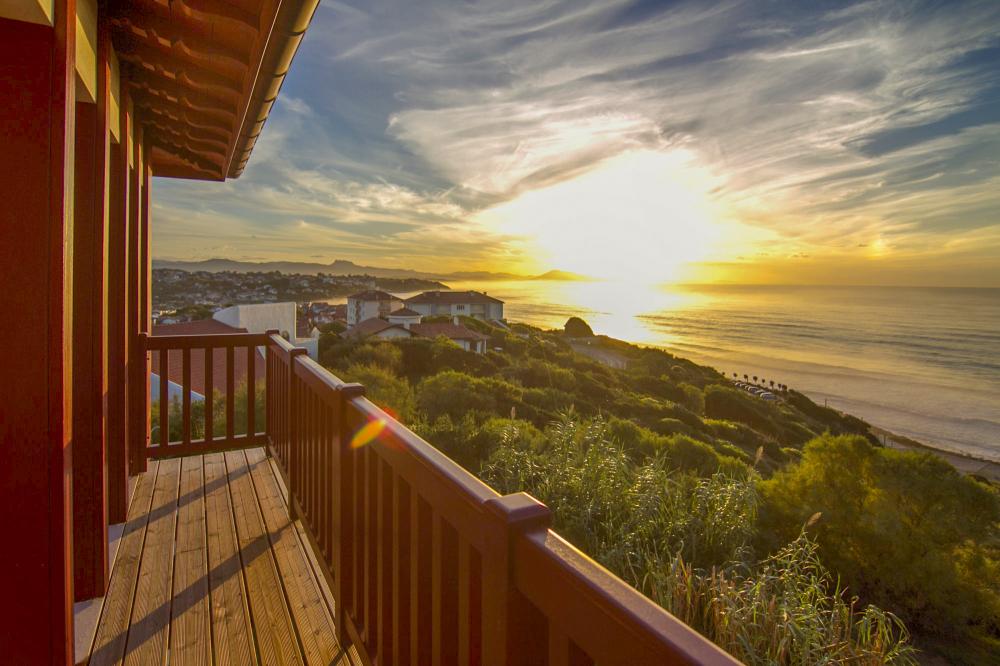 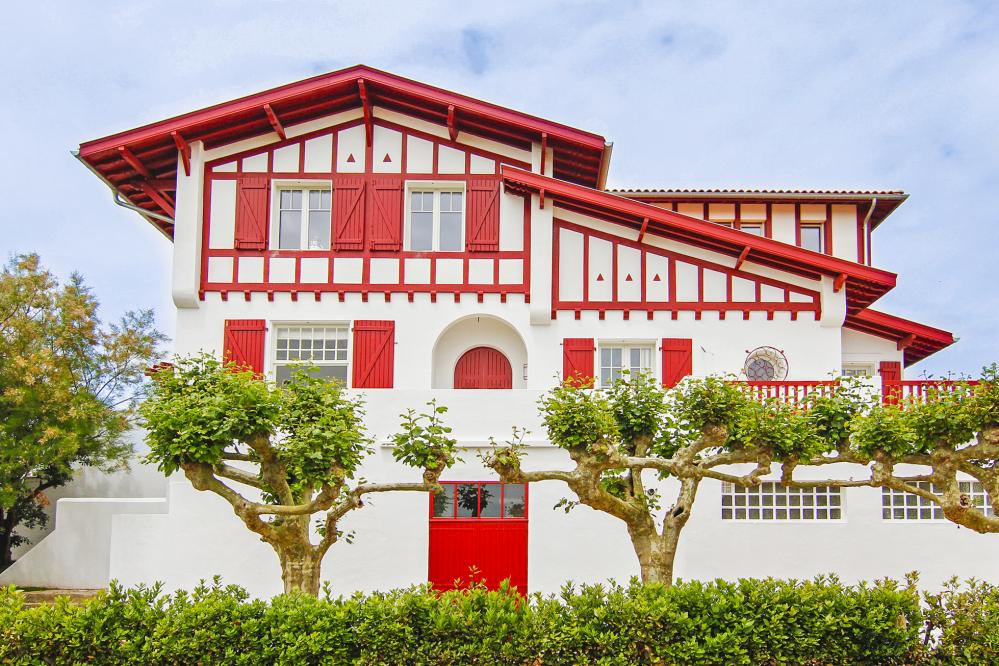 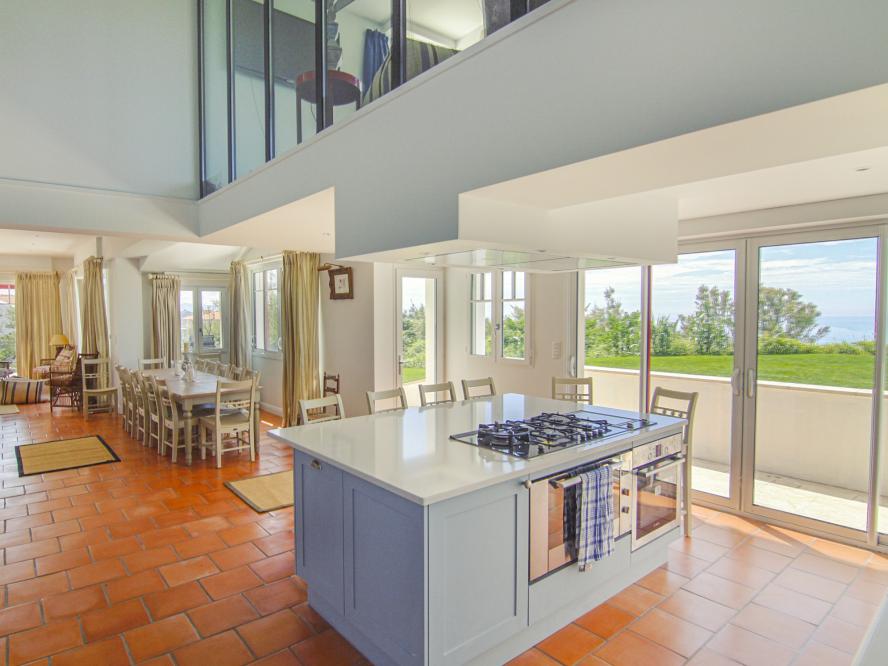 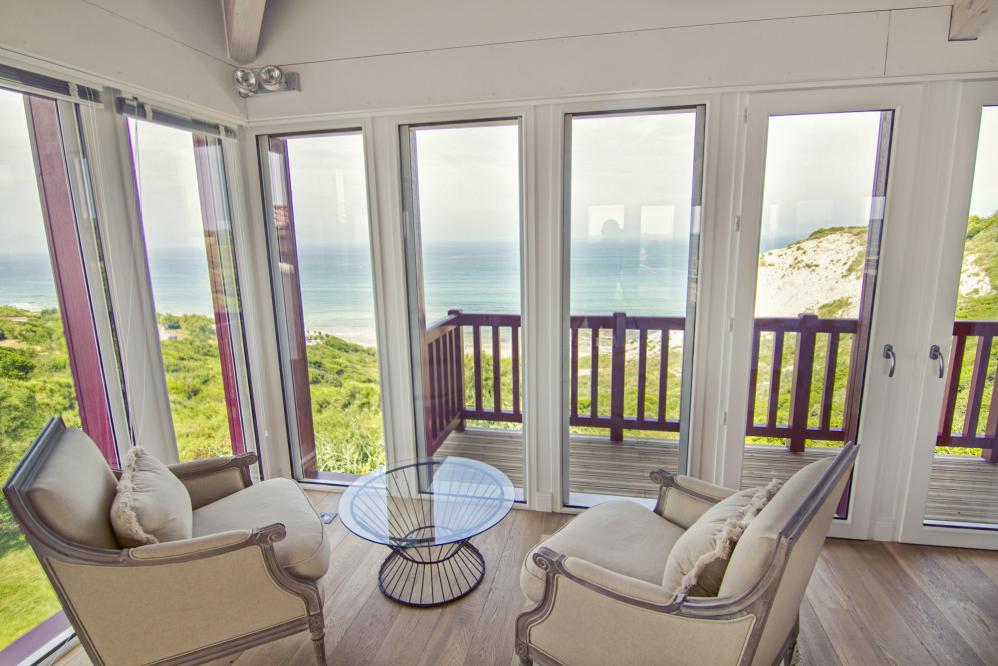 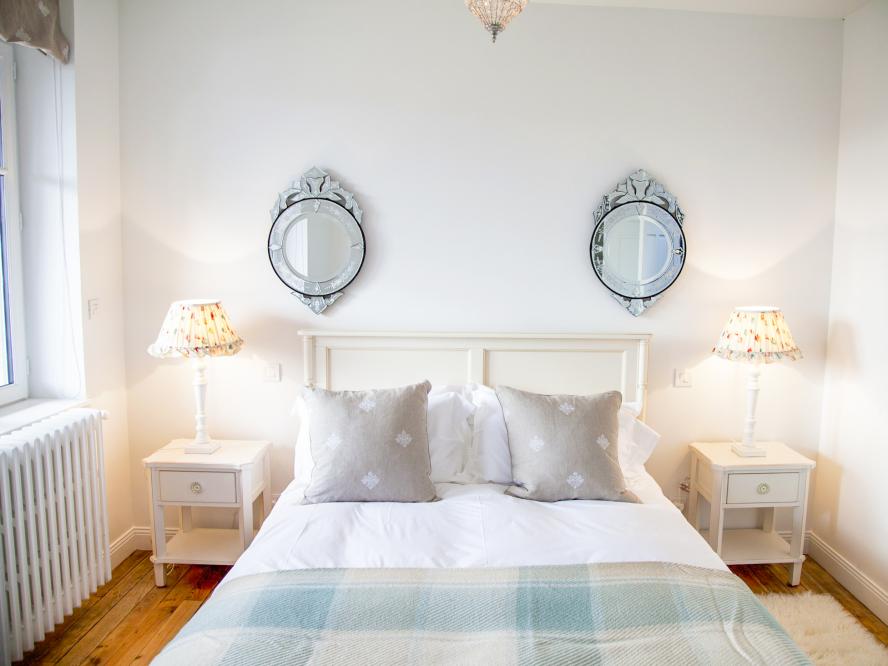 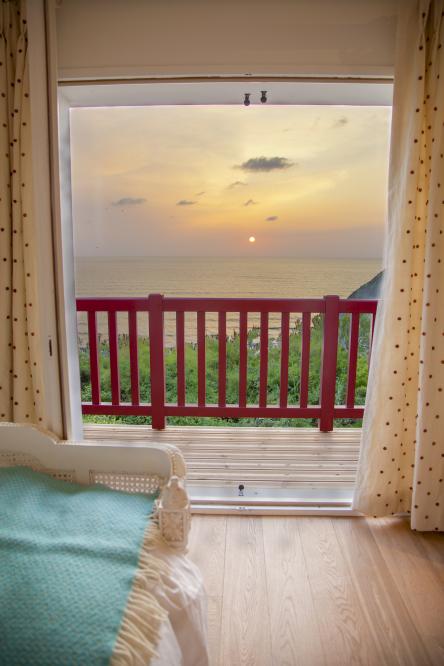 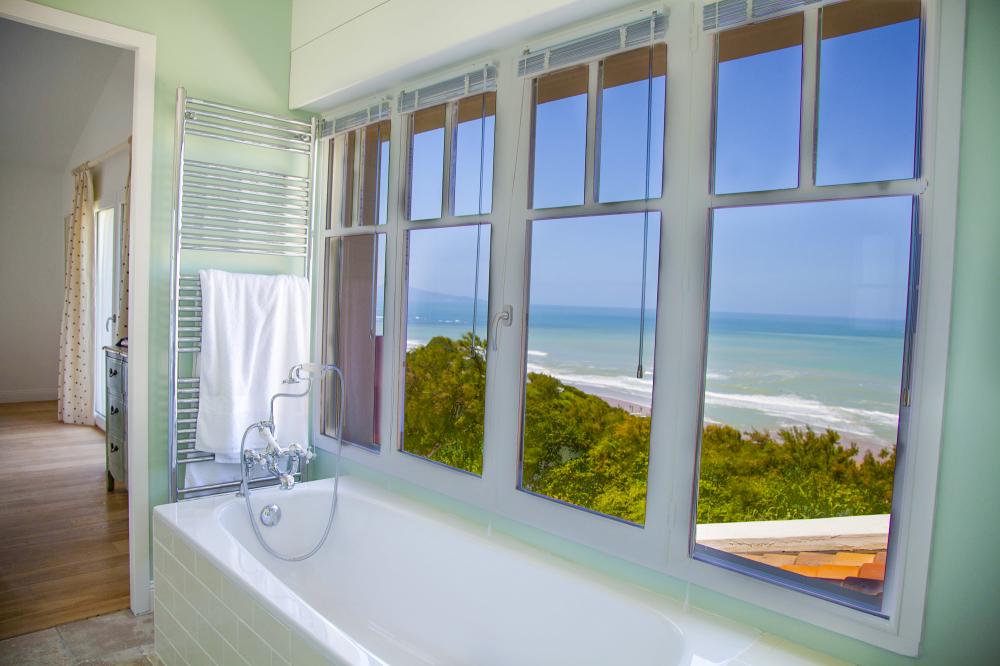 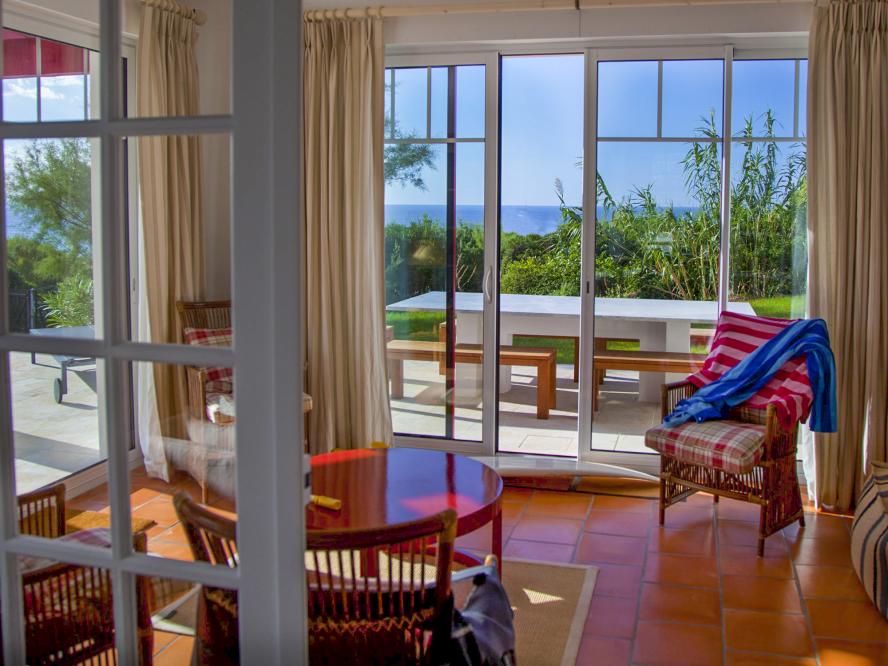 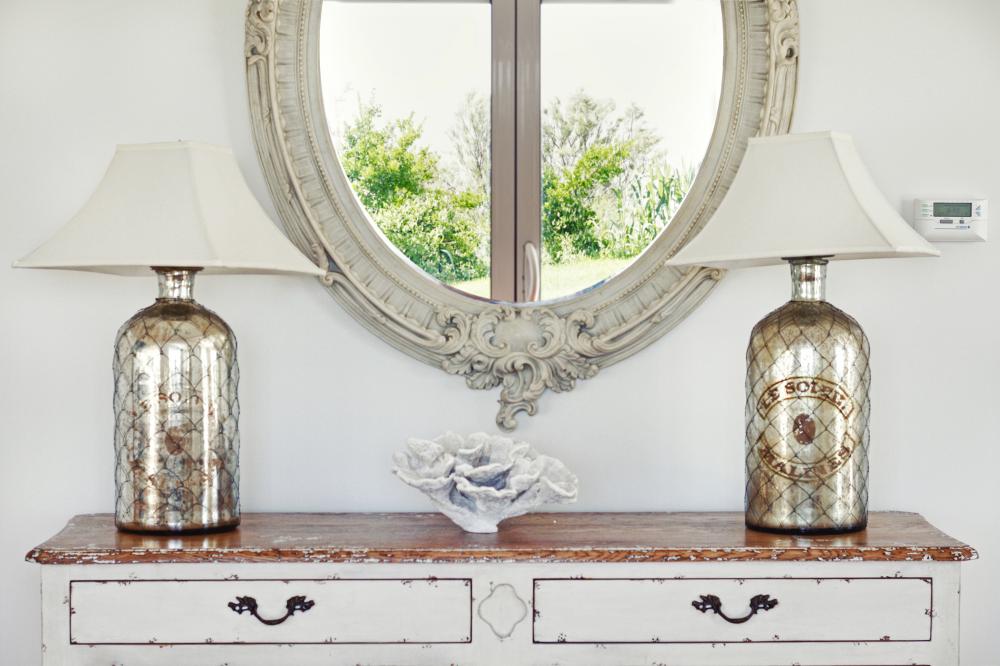 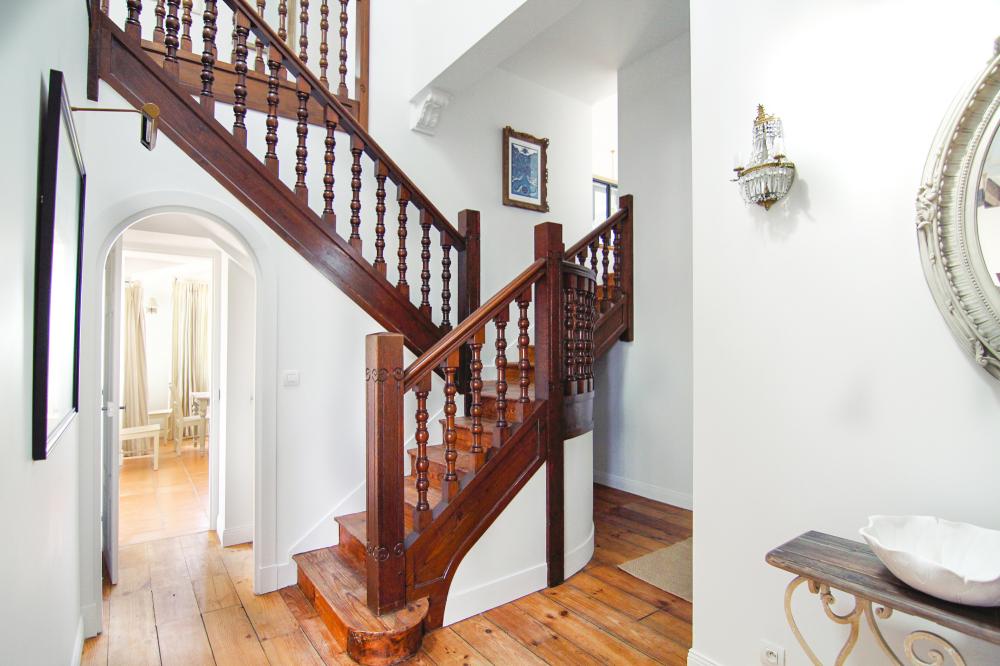 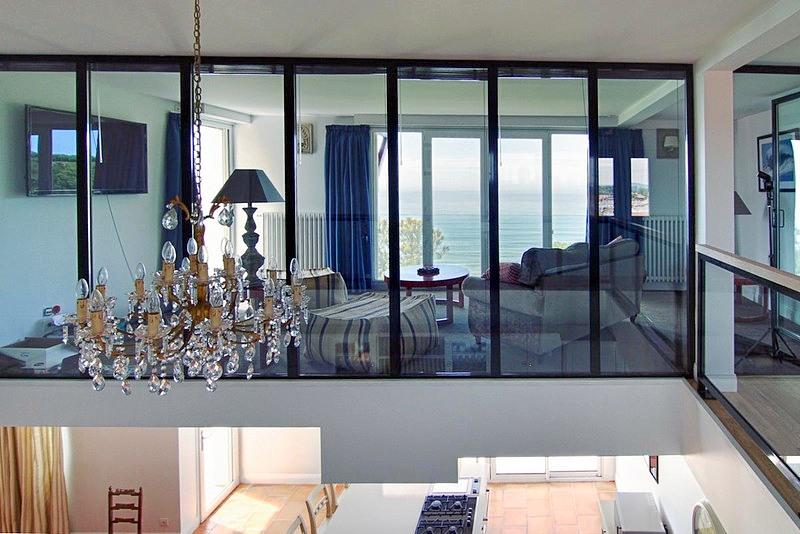 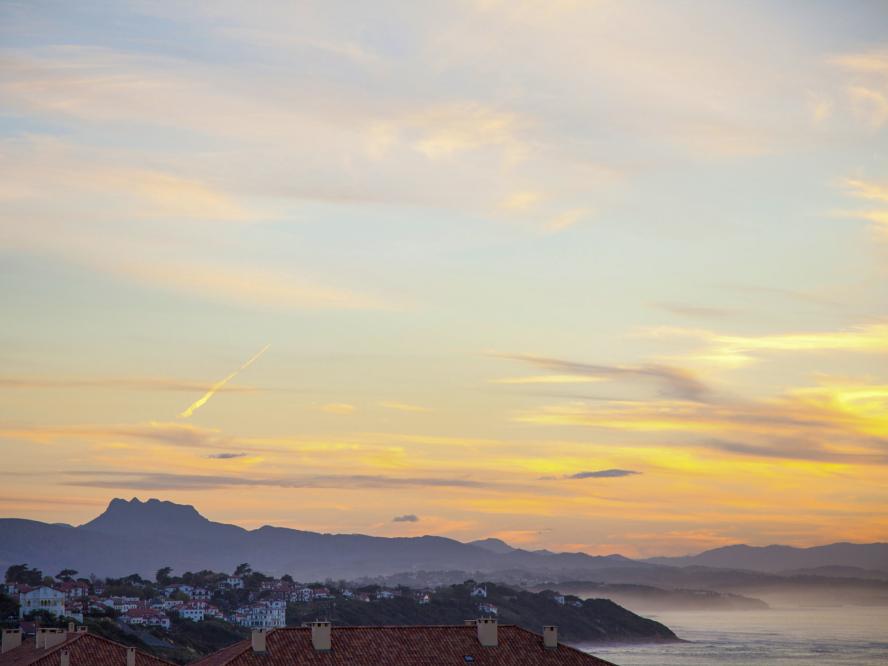 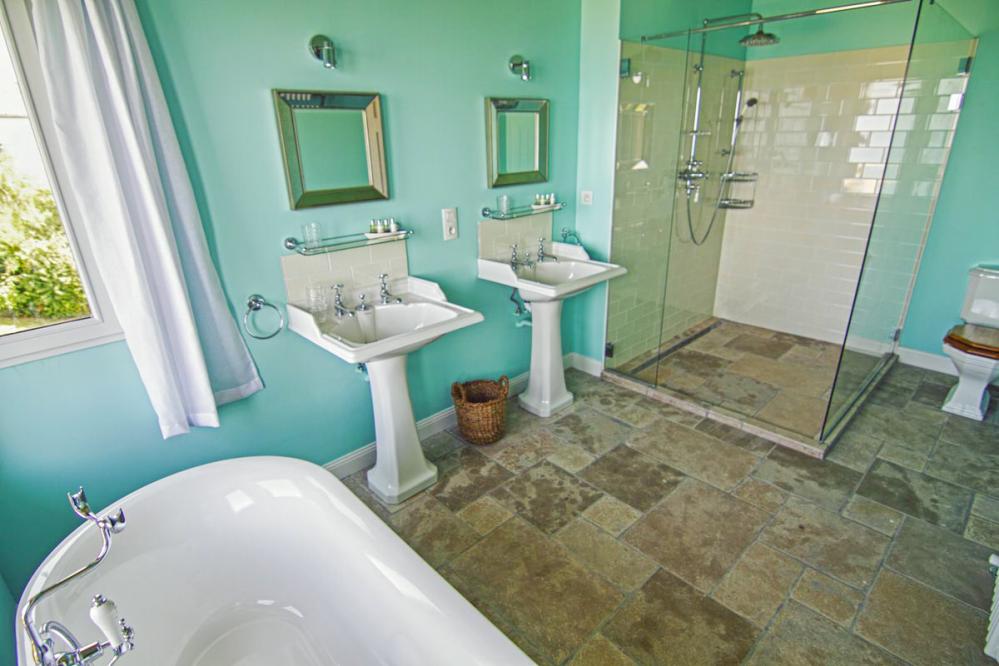 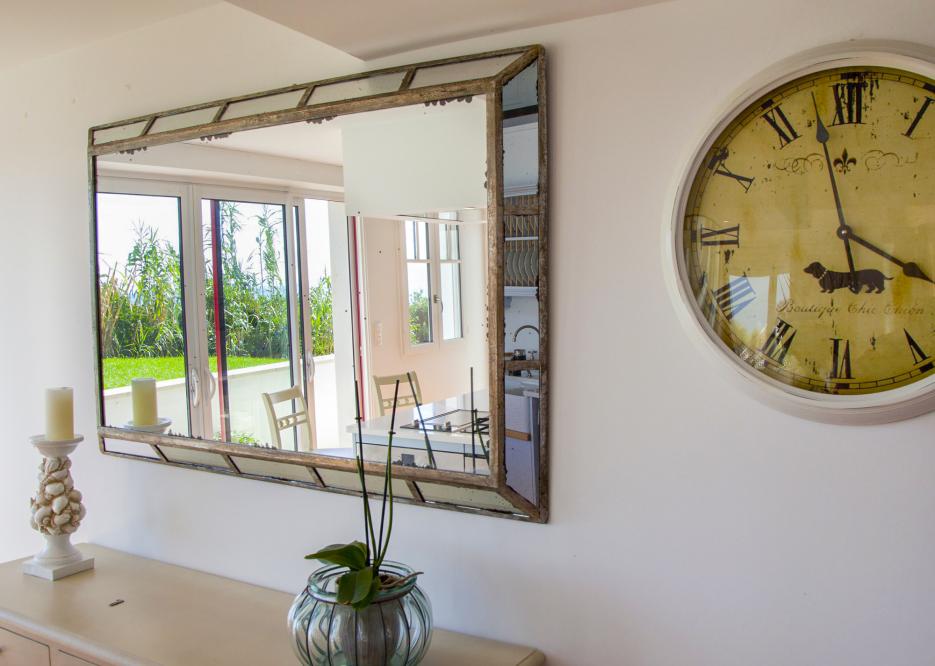 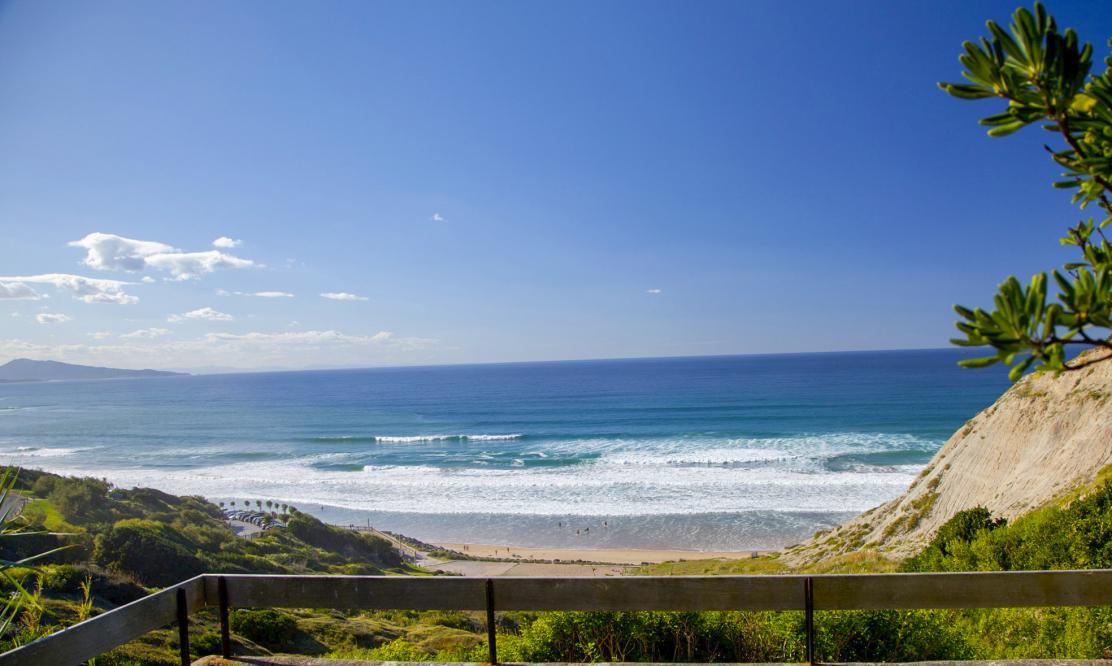 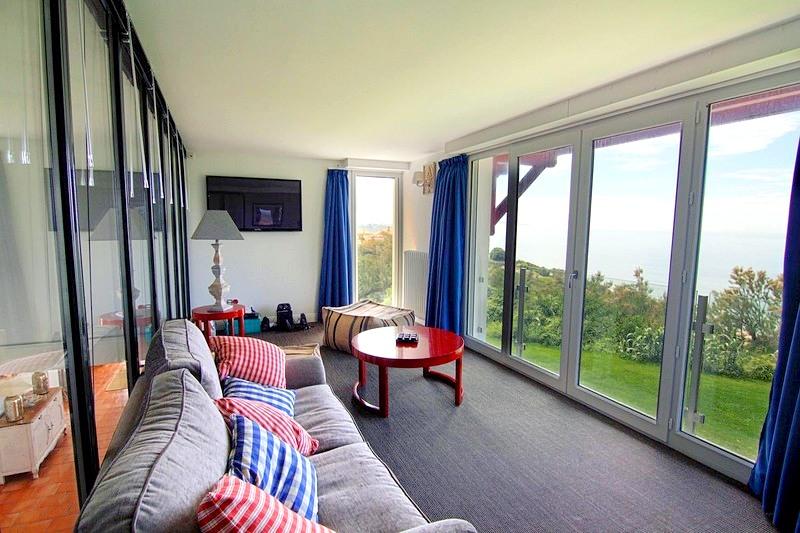 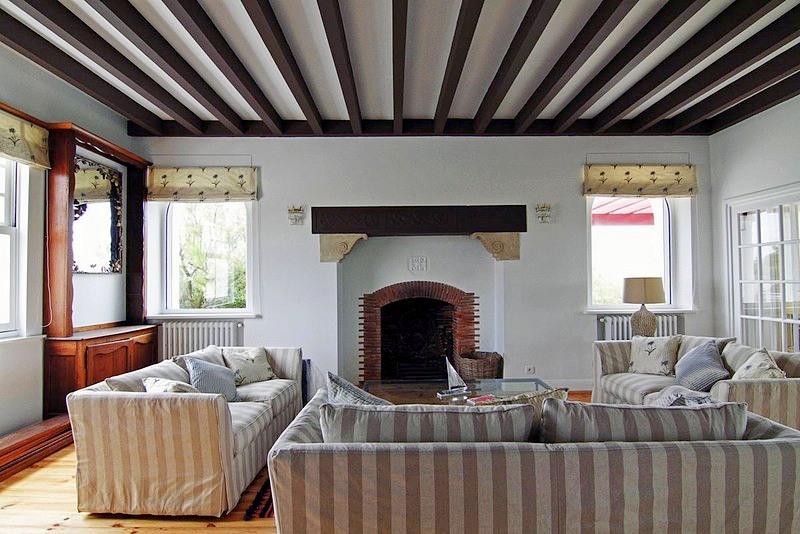 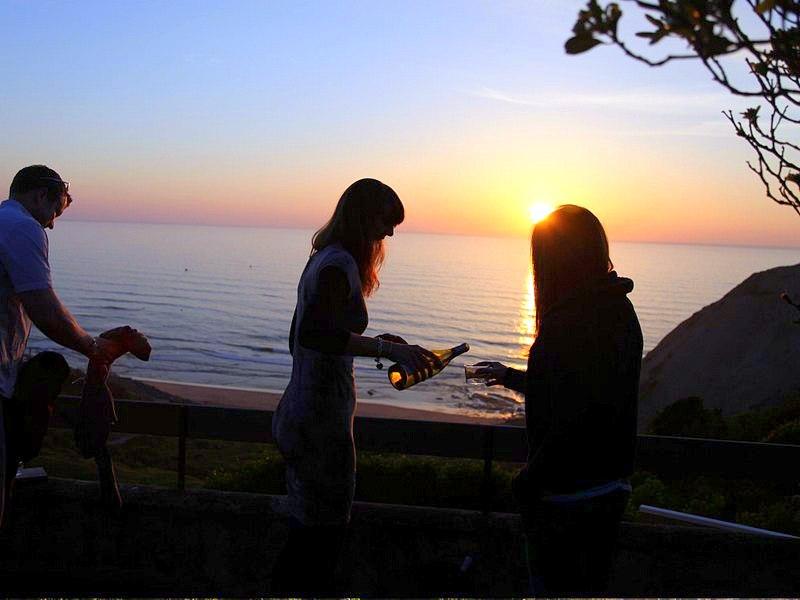 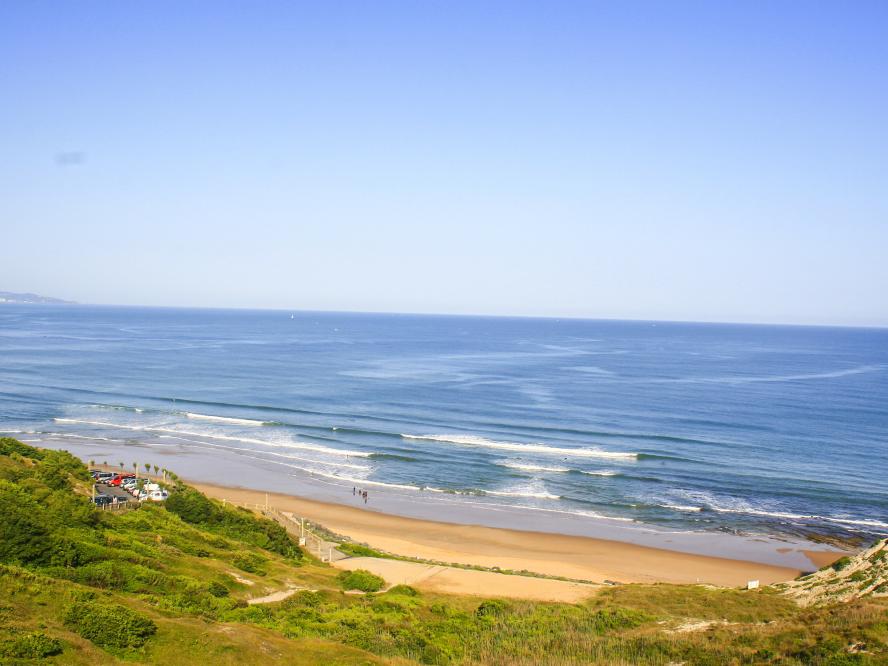 Enjoy the height of luxury at Villa Bidart, a holiday villa in Aquitaine with direct access to the beach. This classic Neo-Basque house sits above the Atlantic ...

Enjoy the height of luxury at Villa Bidart, a holiday villa in Aquitaine with direct access to the beach. This classic Neo-Basque house sits above the Atlantic coast just south of Biarritz. Swim in a heated infinity pool or walk from the large garden to the beach. With panoramic vistas of the ocean and mountains from every room, maid service included and a media room featuring cable TV with surround sound, you’ll relax in style.

You’ll find this luxury villa in the centre of the idyllic village of Bidart, which has a vibrant market and restaurants. The Pyrenees-Atlantiques region draws sun-worshippers, surfers and outdoor enthusiasts to its world-famous beaches and the Pyrenees mountains. Known as the birthplace of golf in France, the Basque region holds 12 quality courses. Just 25 minutes away is San Sebastian, the epicentre of tapas/pintxos for gastronomic adventurers.

Villa Bidart is 6.6 km from the Biarritz airport.

Villa Bidart Interior
Villa Bidart is a classic Neo Basque house overlooking the beach, with six en-suite bedrooms, heated infinity pool, massive state of the art kitchen, media room, salon and pool deck. You are on the beach, right in the centre of the ancient village of Bidart on the outskirts of Biarritz.

Villa Bidart is on a shallow cliff overlooking Bidart’s main beach on the southern edge of Biarrit...

Villa Bidart is on a shallow cliff overlooking Bidart’s main beach on the southern edge of Biarritz. On top of the beach, with panoramic views of the ocean and the Pyrenees. In the heart of the historic village of Bidart on the outskirts of Biarritz, this six bedroom villa is the most luxurious & well situated on the Basque coast.

Local Area
One of the most famous regions of France and renowned for its natural beauty, Pyrenées-Atlantiques is the pearl of the French Atlantic coast. A mecca for surfers and outdoor enthusiasts, a playground of the moneyed, a magnet for the gastronomically adventurous, and the ultimate sun-worshipping climate – it would be challenging to find anywhere so universally tempting as Biarritz and her neighboring regions.

Biarritz
In the 1800s and 1900s, Biarritz was the playground of Europe’s royal families, with its Grande Plage dominated by the Hotel du Palais, built by Napoleon III. Today its fan-base is slightly more democratised, with surfers, golfers, partygoers, snowboarders and sailors all drawn to its unique combination of southern France chic, renowned ocean waves and eclectic nightlife.

San Sebastian
The jewel of Northern Spain’s Basque Country. One of the most famous tourist destinations in Spain, San Sebastian is a ‘small big’ city dedicated to the finer things in life. The smaller scale of San Sebastian is deceptive however, as the city has now risen to the international stage hosting festivals and such for the world. The city is also home to 16 Michelin Stars, so you’ll certainly never be short of amazing restaurants in which to eat.

The Pyrenees
A dizzying natural landscape crying out to be scaled by mountain lovers. The Pyrenees mountain range is littered with hundreds of hiking trails set into undulating, often dramatic terrain, making the area a mecca for hikers and mountain bikers alike. The curving roads also serve as the ideal track for road cyclists. The region is also spoiled with no less than 5 excellent ski runs within very easy reach.

Biarritz is Basque, but with a clear Parisian influence. It sits on the edge of the Atlantic, but at the foot of the Pyrenees. Its unique position means that there is a distinct Spanish influence running through its architecture and cuisine. Biarritz is a wonderful example of a region with a rich cultural heritage like no other.

Things to do in Biarritz
When it comes to finding activities and pursuits to fill your days in Biarritz, Villa Bidartis is absolutely spoiled for choice. Whether it’s the renowned surfing locations, the idyllic French markets or the sumptuous culinary delights of the local restaurants, there is truly something for anyone seeking an experience to cherish.

Beach
Right on your doorstep you will find Bidart’s beaches: a selection of cliff-lined coves that link up at low tide. Water temperatures in summer are as high as 27c (86F), and stay good for swimming until mid-October. Other beautiful beaches nearby include Parlementia (at Guethary), Erretegia, and Ilbarritz.

Golf
The Basque country is often considered the birth place of golf in France. There are 12 top quality golf courses within quick and easy reach to satisfy any golfing itch – whatever your level of skill.

Markets
A defining feature of any Basque town is its friendly atmosphere and bustling market life, which can be found in the nearby towns any day of the week.
- Visit the historic Biarritz market in Les Halles.
- The Antiques Markets in Pau, Bayonne, Anglet and Cambo Les Bains are great for those with an eye for a good bargain.
- Walk out of The Beach House on a Saturday morning and saunter around the charming weekly Bidart market.
- If staying in the Summer months of July and August, Navarrenx evening market is also a real treat to behold.

Pintxos & Tapas
A twenty five minute drive away, San Sebastian is the epicentre of the Pintxos (Tapas), and is one of the top 10 eating experiences in the world. The old town in San Sebastian is packed with hundreds of small pintxos bars where you can eat tortillas, baby squid, delicious black pudding toasts, and other delicacies, accompanied by local ciders, sherry, or for something a bit different, a glass of sparkling Txakoli.

Highlights include Bar Nestor near the fruit market (cote de boeuf and amazing tomatoes), and Alcalde near the church (Ham and an array of pintxos).

The pintxos influence, however, is seen throughout the Basque country including in Biarritz, where the best to be found are in Bar Jean, in the Halles market zone.

Wine
If there is anyone who knows their wine it is the French, and the southwest regions are certainly no exceptions. Vineyards are set on the steep, sunny mountainsides surrounding the Baïgorry valley. Original Basque vine-varieties are used to make the local character-filled wine. Txakoli, once a farmer’s thirst-quencher, is now a unique local white wine that’s a perfect partner with seafood and pintxos.

For real wine connoisseurs The Beach House sits not a million miles from the Bordeaux wine region to the North East, while Rioja lies just a couple of hours south into Spain.

At Oliver’s Travels we pride ourselves on going that little bit further for our guests. From private chefs to babysitters we can help you arrange those little extras that make it a truly memorable holiday. Simply fill in the concierge request form or contact the Oliver’s Concierge Team who will be happy to help.

How long have you owned the property?
04 years.

What was it about the property that you first fell in love with?
It's a traditional Basque ho...

How long have you owned the property?
04 years.

What was it about the property that you first fell in love with?
It's a traditional Basque house in the middle of this historic village, but it's on the cliff overlooking 3 of Europes best surf spots.

Have you ever had any famous guests staying?
REALLY famous... but we can't talk about anyone by name - sorry!

What’s the strangest or most difficult guest request you’ve ever received?
Please find me a kilo of prawns to put on the plancha - but they must be alive!. We succeeded. Oh and Please take me snowboarding.... likewise (up the hill 90 minutes).

For anyone coming to stay is there anything in the surrounding area they should...
Really do?
Go the the Fete de Bayonne - "hallucinante!"

Really see?
The Pyrenees - in snow or sun - beautiful

Lastly, what insider tip would you pass on about the property or the area?
The St Jean de Luz markets are amazing - do all your shopping there. Moped v useful as easy to park. Sundowner at the Heteroclyte, a short stroll at Guethary. 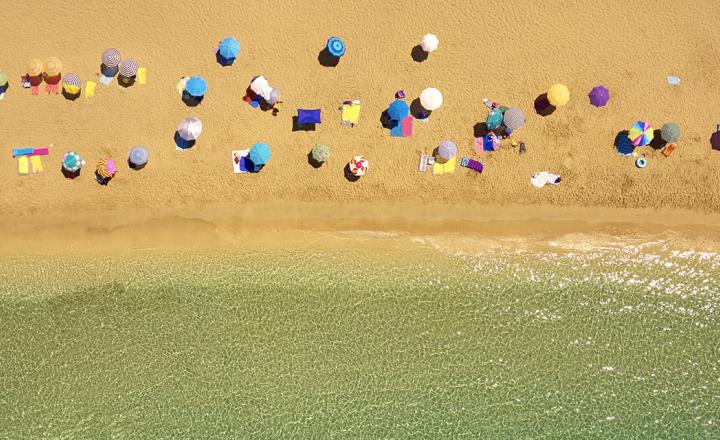 Around The World In 50 Summer Holiday Destinations 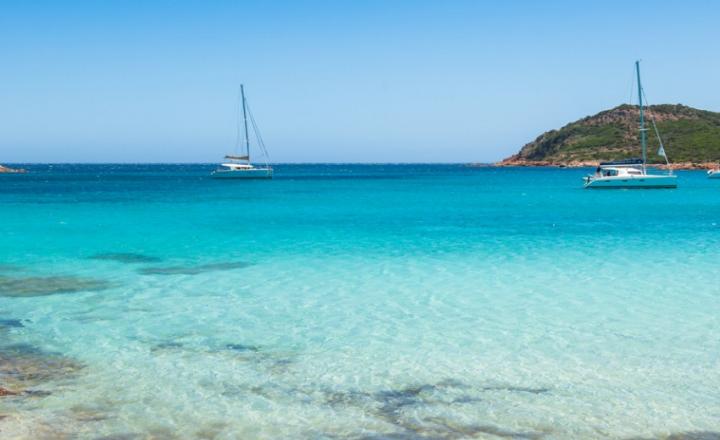 The 10 Best Beaches in the South of France

Top 10 Family-Friendly Villas in the South of France 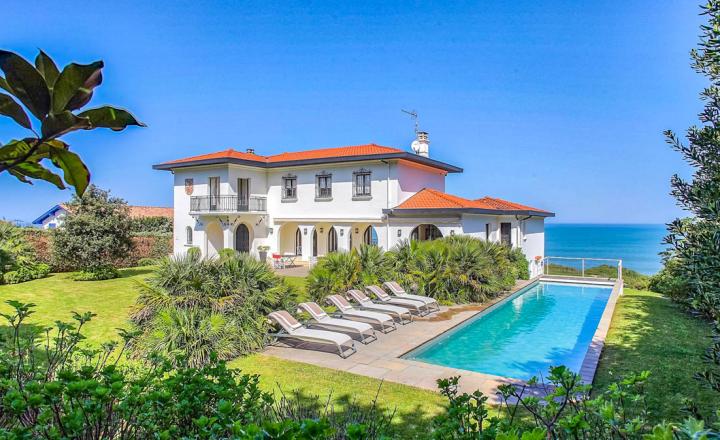 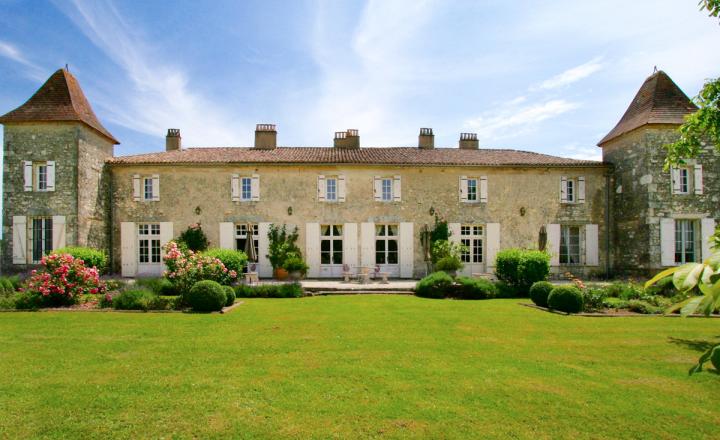 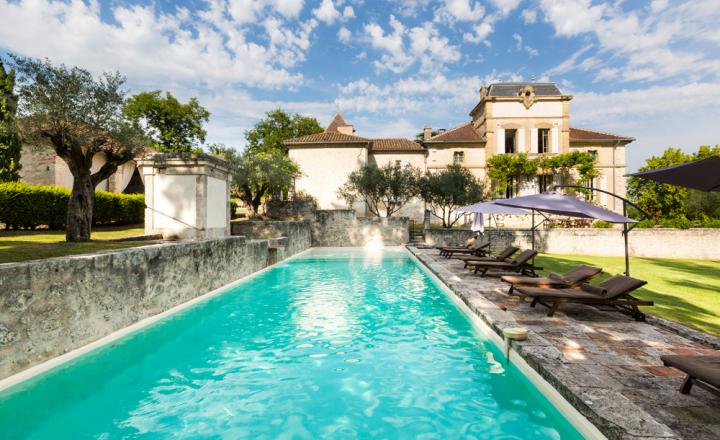 Ask a question about Villa Bidart