While Cyprus’ stunning beaches are often its main calling card, scratch beneath the surface and you’ll discover ancient treasures, dramatic landscapes and grandiose architecture. From off-grid mountain biking to kayaking hidden coves and bathing in myth-laden pools, here are the 10 best things to do in Cyprus on your villa holiday.

Go back in time at Kato Paphos Archaeological Park 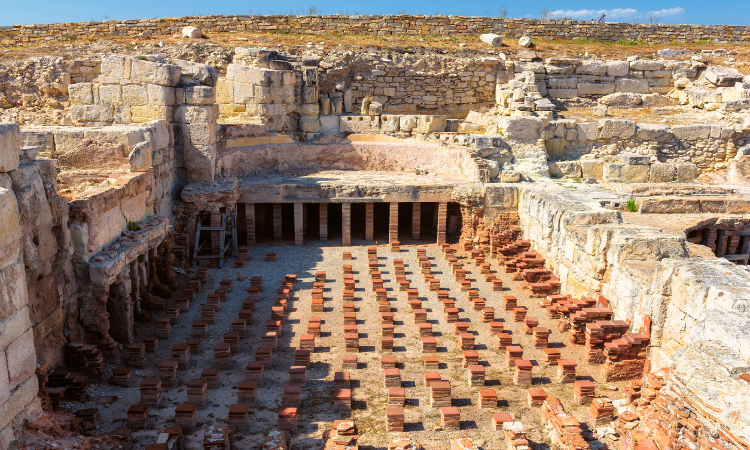 Piece together the cultural jigsaw of the island at Nea Paphos, the crumbling remains of an ancient city founded in the fourth century BC. Wander around the timeworn villas, palaces, fortresses and theatres for a glimpse into ancient Greek and Roman life. If you’re running short on time, out of the four Roman villas, don’t miss the House of Dionysos with its glittering mosaic floors – the must-visit of Cyprus sightseeing.

An undeveloped spit of land jutting from the west coast, the Akamas peninsula is a secluded sliver of raw, untamed beauty. Hiking and biking trails crisscross the wild scrubland, shaded by gnarled junipers and silvery olive trees. Coastal routes skirt deserted beaches and crystal-clear lagoons – perfect for cooling off in after a long cycle ride. Rent a bike or sign up for a guided mountain bike tour.

Kayak the caves and coves of Cape Greco 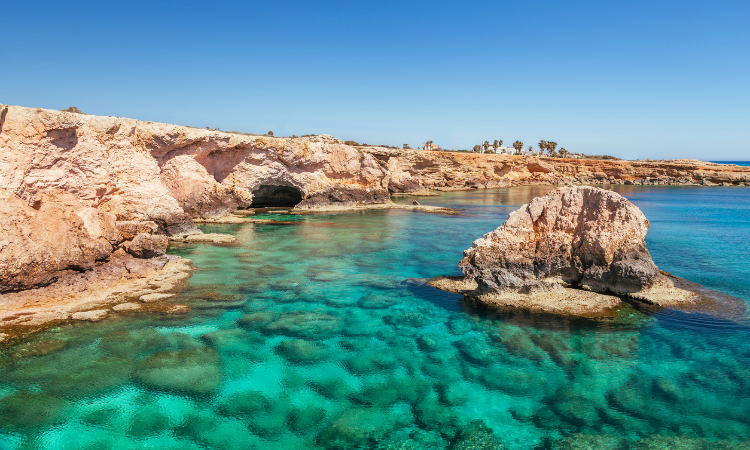 Just six miles east of the infamous Ayia Napa is a whole other world: a paradise of unfathomably blue water, backed by cliffs honeycombed with caves. This coastal sliver of the Cape Greco national park is contoured by extraordinary rock formations, including a pair of natural stone bridges. You can hike the poppy-lined coastal trails or take a boat tour of the sea caves, but one of the coolest things to do in Cyprus with kids is explore the hidden coves by kayak.

Gawk at the Kourion ruins at sunset

If you feel overwhelmed by the sheer number of ancient sites and are not sure what to do in Cyprus first, head straight to the spectacular Kourion ruins. Overlooking Episkopi Bay, there aren’t many more epic locations for an archaeological site – especially at sunset. The remnants of the ancient trading town include an old bathhouse and marketplace, but the standout is the restored Greco-Roman theatre, which now hosts outdoor plays and music performances.

Cyprus is the mythological birthplace of the Greek goddess of love, and no trip is complete without visiting Aphrodite’s Rock. It’s believed the goddess rose from the sea and came ashore here, making this pebbly cove the most mythological of Cyprus beaches. Legend has it that if you swim around the rock three times, you’ll be blessed by eternal beauty. Visit as the light is falling for the most incredible sunsets.

Conquer the highest mountain in Cyprus

The highest peak in Cyprus, Mount Olympus, is an adventure lover’s playground. At 6,404 feet, the summit soars above the Troödos range, with excellent views over the rugged island and the Mediterranean Sea. Hike or bike the scenic trails, and come winter, switch your wheels for skis to tackle the snow-blanketed slopes.

Go underground at the Tombs of the Kings 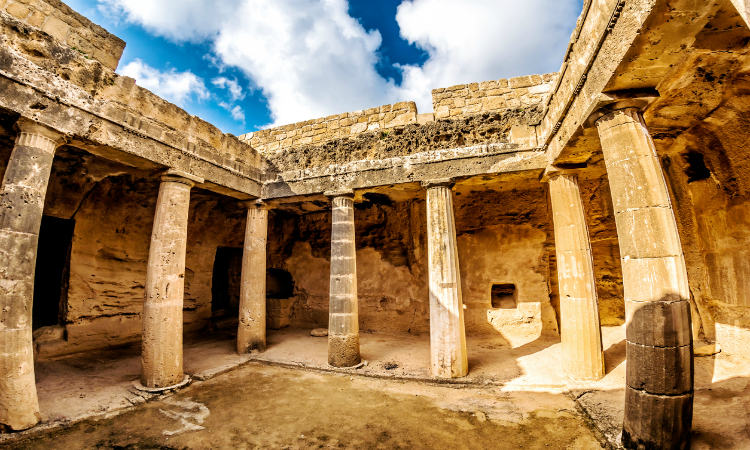 One of the most interesting things to do in Cyprus for history-buffs, the Tombs of the Kings is a sprawling necropolis of caves and underground tombs dating back to the fourth-century BC. Just over a mile north of Paphos Harbour, the site was the burial ground for local nobility – not royalty, as you might rightfully presume. Created by ancient stone carvers, the meticulously designed tombs were in fact named for their size and splendour. Interested in more things to do in Paphos in particular? Have a read of our list of top 10 things to do in Paphos!

Dip into the cool waters of the Adonis Baths to immerse yourself in Greek mythology. Believed to be the birthplace of many of Aphrodite and Adonis’s children, the pool is steeped in legend. A cascading waterfall spills into the clear waters – tinted luminescent green by the overhanging trees. Among the best things to do in Cyprus with kids, a rope dangles from a thick branch above the pool for those who want to land with a splash. 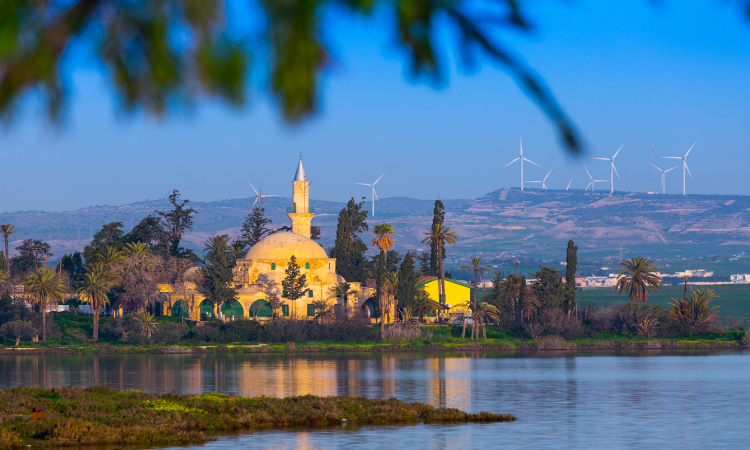 One of the most important Islamic places of worship, Hala Sultan Tekke is built over the tomb of Umm Haram, the paternal aunt of the Prophet Mohammed, who is believed to have died here. Regardless of religion, anyone can visit this tranquil haven. Combine a visit with a trip to the nearby Larnaca Salt Lake, a series of four salt lakes – partially hidden in winter beneath a pink cloud of flamingos. Come summer, the water evaporates in the heat, leaving salt crusts – one of the former major exports of Cyprus.

Get a dose of culture at Paphos Castle

A Paphos landmark, the imposing honey-stoned castle was originally built to protect the harbour. Today, it provides a dramatic setting for festive attractions, cultural events and musical performances, including the annual Aphrodite Festival in September. This much-anticipated event hosts world-class opera and theatrical plays, watched by locals and tourists alike.

Has our list got you all fired up for an adventurous holiday to Cyprus? Good! Check out our collection of villas in Cyprus here, or alternatively have a read of some other blogs that may be of interest to you, below.

POSTS RELATED TO THINGS TO DO IN CYPRUS: