Sicily is a picturesque and serene island, that somehow also seems to be full of drama. Choose your own adventure from your luxury villa in Sicily; whether you’re all about exploring history, food and drink or want to spend your time soaking up the sun. Mount Etna dominates the landscape, it’s active presence providing forests, mountainsides and cold lava streams to explore. The cities are bustling with activity in the form of markets, theatres and great shopping – all in the shelter of beautiful ancient streets. Learn more about the type of holiday you’d like to experience with our handy Sicily travel guide – packed with tips, inspiration and things to add to your holiday to-do list.

The largest island in the Mediterranean might be part of Italy, but Sicily has carved out its own distinct personality over the centuries. Boasting a smattering of medieval towns and villages, where the heady smells of centuries-old Sicilian dishes waft along cobbled lanes. So whether you’re looking to lounge on perfect beaches, dine on sumptuous Sicilian fare, ski a volcano, take a wine tour or two or explore ancient ruins, Sicily will most happily oblige.

Sicily is one of Europe’s most southerly destinations – parts of it are even on the same latitude as North Africa. This means that the island enjoys a long, warm season and can be visited year-round. You could be swimming in the bath-warm waters right into November if you’re lucky. Yet, the gentle coastal breezes mean that even in the height of summer (July and August) when the temperatures do rocket, it isn’t too stifling.

Shoulder seasons make for a perfect time to visit. Spring arrives early and autumn settles in late; so April to June, and September to late October bring with them balmy temperatures, warm seas and fewer tourists. Having said that, if you do choose to visit in the height of summer, Sicily’s long coastline seems to easily absorb the crowds and it never feels too busy. For the best hiking, February is a good choice as the weather is cool yet sunny and the ground carpeted with wildflowers, while the winter months are popular for those looking to ski down the slopes of Mount Etna.

Sicily Travel Guide: Map of the best sights to visit 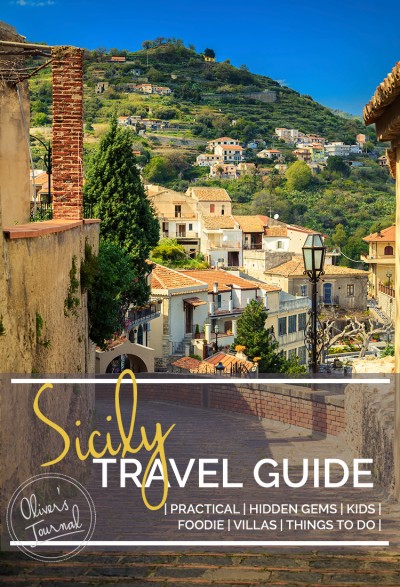 While at first glance Sicily might seem to children like a collection of unappealing archaeological ruins and vineyards, upon closer inspection, the island couldn’t have more in store for your little – or indeed your not-so-little – ones. Of course, there are the fantastic beaches and a seriously swanky selection of family-friendly Sicilian villas, but there is so much more too. Castles galore will ignite their sense of adventure, while biking, horse-riding and jeep trips up smouldering volcanoes will provide stories to tell when they get home.

Sicily is a popular destination with holidaying mainland Italians, and with bambinos being at the heart of every Italian family, there is plenty to keep them happy. Raucous theme and aqua parks, traditional puppetry, donkey trekking and dinosaur parks are just a few of the exciting options that have made it onto our list of the best activities for children, whether they’re tiny tots or older teens.

For more brilliant family-friendly ideas to do in Sicily, check out our family activities blog.

Sicily is blessed with a huge expanse of dramatic coastline, so you will be spoiled for choice with beaches wherever you stay on the island. Sicily’s famously clear waters make for fantastic snorkelling, and the sea is warm enough for comfortable swimming six months a year, so your water babies will love it.

Friends, family and socialising are the cornerstones of Sicilian culture (OK, the food and wine are pretty important too), so where better to head for a group holiday than Italy’s southernmost island? The sun blazes in the sky, the food is very, very good and the wine flows more freely than Mount Etna’s red-hot lava. So pick yourself a stunning villa with panoramic sea views or a luxury rustic abode tucked into the heart of vineyard country and get ready for a week or two of exploring.

Stuck for ideas for what to do? Sail on the crystal-clear waters, survey some of Europe’s most impressive archaeological remains or get cultural with a night at the opera. Speed up the slopes of a volcano in jeeps or on quad bikes, or take a leisurely guided bicycle ride through the countryside. Learn to cook regional cuisine and then sit down to a large noisy meal with friends and family Sicilian-style.

If you’re the type of group that likes to get out and about, you’ll be spoilt for choice in action-packed Sicily.

Mount Etna is an absolute mecca for all things active. If you’re a team of ski-bums and are visiting Sicily between December and March head to Go Taormina to organize downhill and cross-country ski days on the great volcano. For the more sun-loving, Go Etna run hair-raising tours of Etna’s ancient forests and lava streams by Jeep, with civilised pit stops at vineyards along the way.

Saddle up for some two-wheeled fun with a bike excursion from Etna Tribe. You can hire bikes to explore under your own steam or sign yourselves up for a guided mountain bike tour.

When you’re on an island, and surrounded by beautiful coastline, the best way to see it is by boat. Buena Vida Catamarano run tours on impressive catamarans, where you can help out with the sailing or dive in to snorkel your way around.

For the more sedate holiday, Sicily has lots of mellow days for you too. You could spend an entire week on the island’s fantastic beaches, or if you wanted to venture further afield without breaking a sweat, Tour of Sicily offer luxurious coach tours of Mount Etna where you can take in all the impressive sights in total comfort. If culture is more your bag, they also offer city-based tours, where you can explore fascinating cities like Syracuse.

To get a real feel for Sicilian high-class society of old, take in a show at Teatro Massimo Vittorio Emanuele. The baroque architecture of the theatre creates a stunning setting to get dressed up and take in a ballet or an opera. And while we’re on the subject of performances, another must is to take in an open air show at the incredible greek amphitheatre in Taormina.

A worthwhile afternoon should certainly be spent ambling around Palermo’s extensive street market, Mercato di Ballarò. You’ll be able to find pretty much anything you could desire from children’s toys to terrifying hunting equipment and there are food stalls aplenty, all happy to provide tasters for a smile. It is held most days, but closes at lunchtime on Wednesdays and Sundays.

The local cuisine is one of the highlights of a trip to experience authentic Sicily and it plays a starring role in the culture of its locals. Family gatherings here revolve around hearty dishes, whose recipes have been handed down through generations. Sicilian gastronomy epitomises slow food and the freshness of locally grown and sourced products are the key to the simple, moreish dishes.

And what of wine, you ask? Italy may be home to such esteemed wine-producing regions as Piedmont and Tuscany, but Sicily manages to give its mainland counterparts a run for their money. Indeed, Sicilian wine-making dates back to the ancient Greeks and wineries on the fertile volcanic soils of Mount Etna produce world-class reds, whites and roses. For an after dinner tipple, be sure to try locally made limoncello liqueur. Well, when in Italy… do as the Italians do!

For fine dining, try Ristorante La Madia, in Licata. Here you’ll find local and seasonal ingredients used to create traditional dishes with a modern twist. This restaurant’s two Michelin stars are well deserved, and the tasting menu is well worth dedicating an afternoon to.

Kids and adults alike will love the local institution that is I Cuochini in Palermo. This teeny hole-in-the-wall has been there for decades, serving up delicious traditional snack foods that are as moreish as they are delicious.

Dishes not to miss when in Sicily

When on a villa holiday in Sicily, there are a few things you need to try to ensure your palette get the best holiday it possibly can. First things first, pick up some juicy local tomatoes, Pane Cunzato (seasoned bread) and whatever other favourite things from a local market, and whip up a picnic to enjoy on your patio.

While you’re out and about, arancine (fried risotto balls filled with ragu or ham and cheese), are the perfect snack food. For dinner, be sure to try the local specialities like the aubergine stew, caponata and pasta with sardines.

Eat as the locals do with a guided street food tour from StrEAT Palermo, where you’ll sample local coffees, wines, snacks and more from the hidden gems around the city.

After eating in Sicily for a few days, you’ll wonder how you ever ate anything else. Turn that dream into a reality with one of the island’s plentiful cookery classes. The most authentic local recipes have been passed down for generations, learn from an actual Sicilian grandma with a course from Zuleima Ospitalità Diffusa a Ragusa Ibla. For a more studied approach, try the Anna Tasca Lanza Cooking School, which is located on a wine estate as an added bonus.

If wine is what you’re all about, a tour of the wineries on the island will be right up your street. Go Etna offer tours that take in several vineyards, tastings and a hefty dose of Sicily’s impressive scenery. 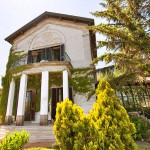 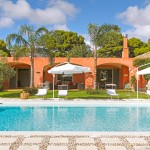 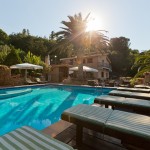 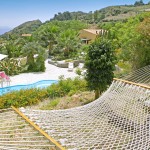 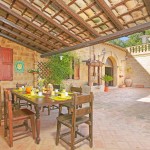 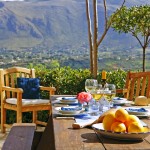 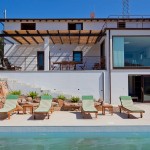 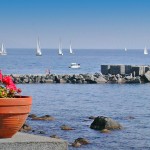 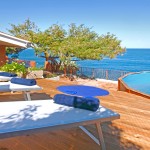 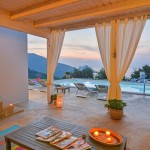 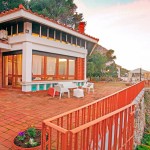 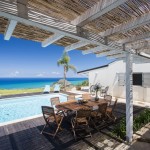 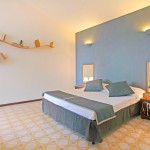 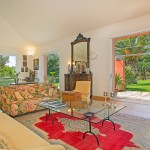 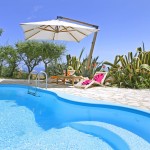 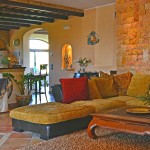