There are many wonderful places to visit in Italy, and one of the jewels in the crown is the beautiful little island at the tip of Italy’s famous boot. Renting one of our luxury villas in Sicily means you’ll have the whole island to explore – but how do you know you’re experiencing the very best of it? We had a think and the answer’s pretty obvious – why not ask a local expert?

This week we spoke to Sebastian, who’s been working as a tour and excursion guide in Sicily for the last few years. Here’s what he recommends – truly a local’s guide to Sicily! 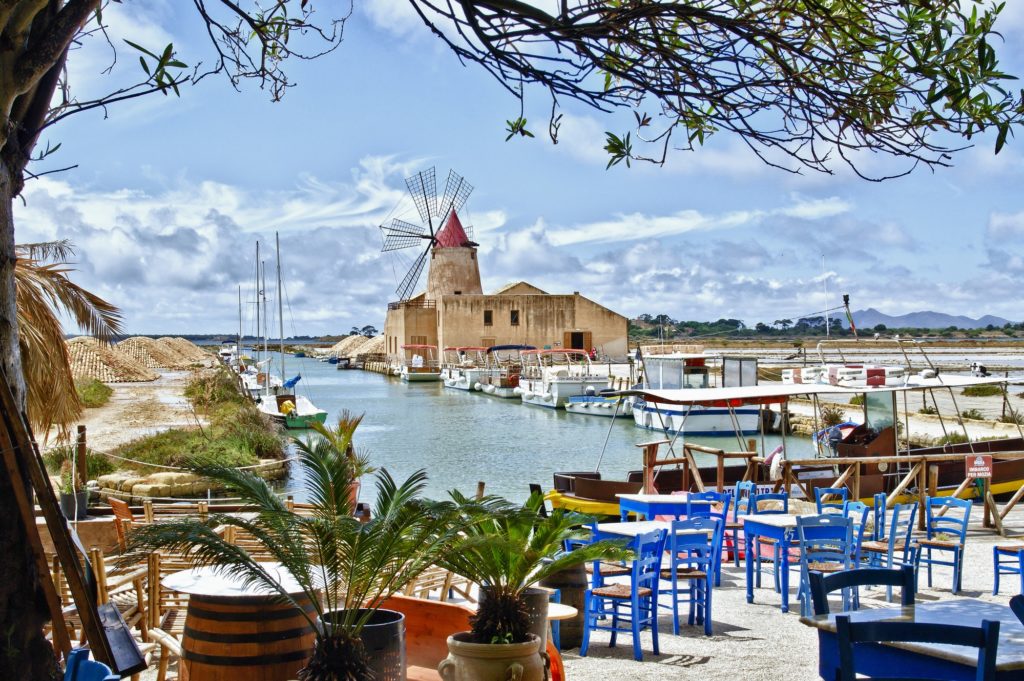 Visiting this land of myth and history can easily have a profound effect on travellers! Sicily is overflowing with history, nature and traditions. As the great German poet and playwright Goethe said, “Italy without Sicily leaves no image in the soul: here is the key to everything.” 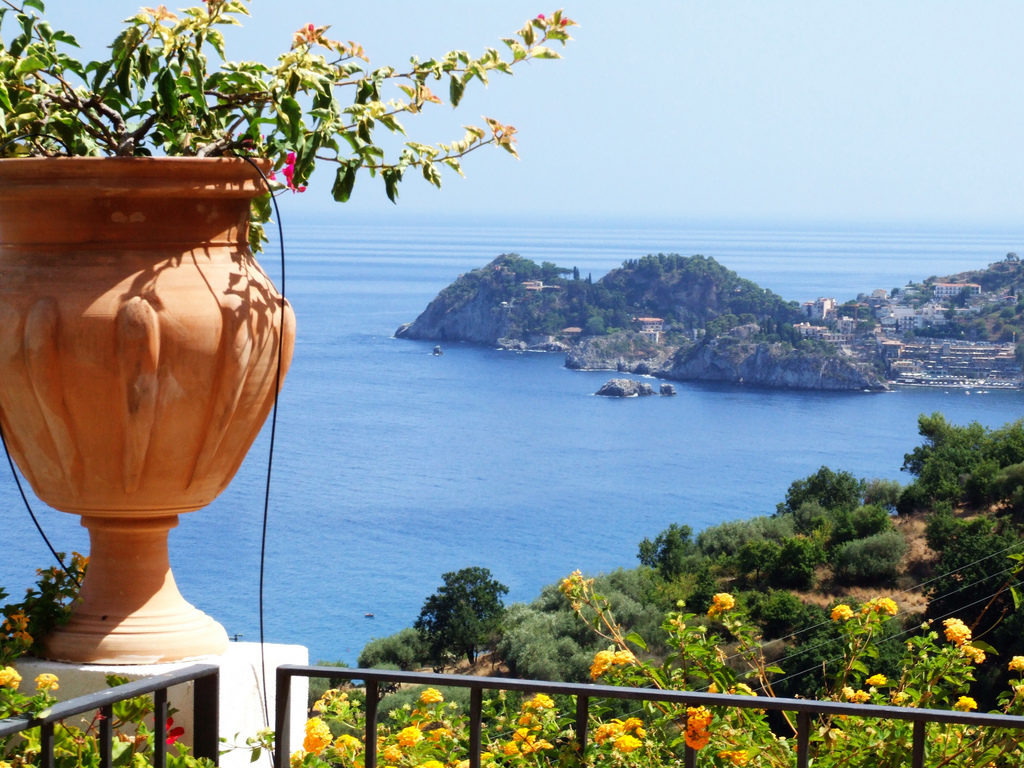 The region can constantly surprise visitors with its idyllic scenery, full of charm and furrowed by mountains and hills that meet the blue and crystal-clear Mediterranean Sea, overflowing with unique and intense aromas and flavours. The landscape is also enriched by precious archaeological remains that narrate the ancient origins of Trinacria (the Roman name for Sicily) – a form of art that has been forged over the centuries.

I always say that one visit to Sicily is never enough. This beautiful land enters into the hearts of people thanks to the warmth that is not only in the weather, but also the smiles of the people who live here. It’s hard to overlook the gastronomic and relaxation factor too: when talking about Sicily, you have to mention arancini, cannoli and cassata as well as granita, sun and the sea! 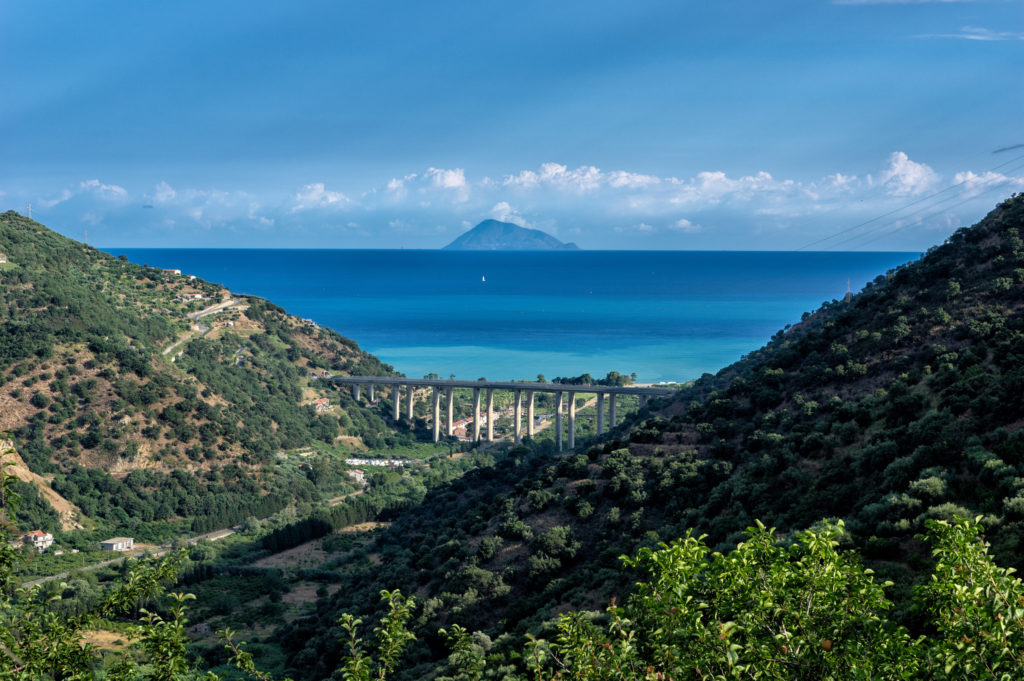 The beauty of Sicily…

The first thing to do when you arrive in Sicily after you have laid down your bags is to just go out and immerse yourself in the streets of the country or city and come into contact with as much history as possible, and savour some typical Sicilian dishes!

The Sicily you shouldn’t miss:

– Mount Etna An active volcano and the beating heart of Sicily! 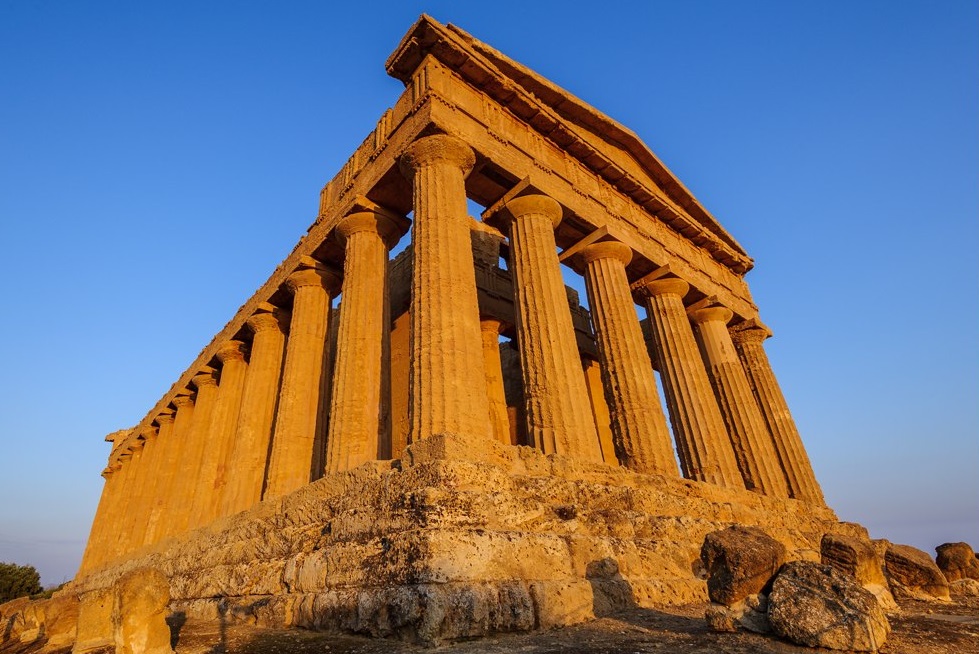 The Valley of the Temples, Sicily

– Palermo Capital of Sicily and full of charm thanks to its Moorish palaces, Byzantine castles, Renaissance and Baroque mansions. A real crossroads of past civilizations!

– The Aeolian Archipelago Composed of seven islands that were historically connected to the volcanoes (the “artists” who created these beautiful works of nature!) Here you can dive into the deep blue sea, go hiking in the caves scattered along the coasts, relax in small beaches lapped by crystal clear waters and taste the excellent local seafood!

– Syracuse A metropolis of the ancient world and the city of Archimedes, it overlooks a picturesque natural harbour closed to the east from the island of Ortigia. Almost every corner of Syracuse offers valuable archaeological remains that recall the splendour of Ancient Greece. 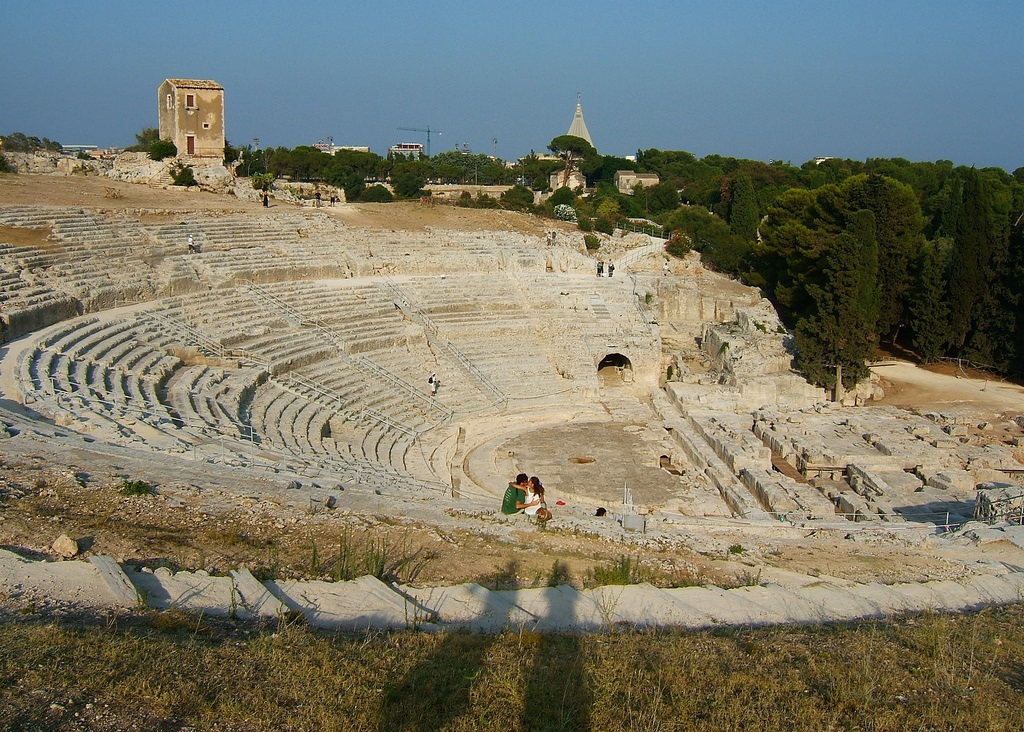 The Greek Theatre in Syracuse, Sicily

– The Val di Noto and the Iblean Lands Where you can visit the beautiful late Baroque cities of Noto, Ragusa, Modica and Scicli.

– Taormina An international tourist centre with picturesque beaches and stunning views of the Ionian Sea, as well as its impressive Greek amphitheatre – one of the most important ancient ruins in Sicily. 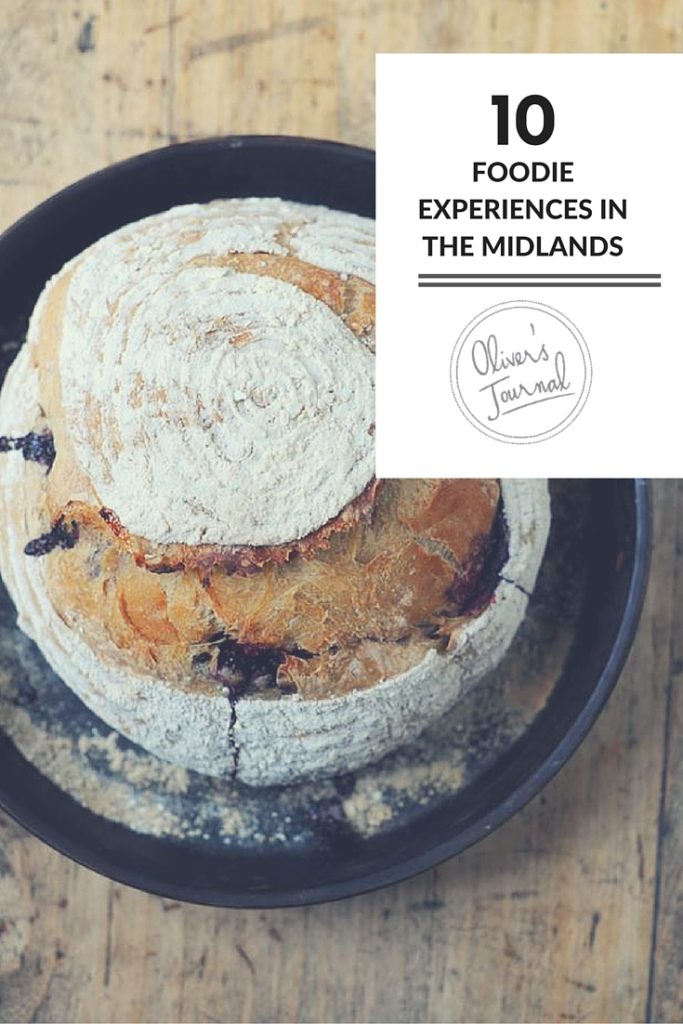 And don’t forget the cuisine! A traditional Sicilian meal means a journey into the history of the island itself. The different civilizations which have dominated the island may have left, but from a gastronomic point of view influences have been maintained over the centuries. In the coastal areas you will (of course!) find delicious fish and seafood including sublime preparations made from mackerel, swordfish, tuna and cod. The sea also offers other products such as fish that accompany floured and fried pasta with tomato, as well as other delicious dishes made from lobster, shrimp and octopus.

Inland restaurants prefer vegetables, cheeses, eggs and meat, and how can I not mention Palermo, where you can find the famous arancini, cannoli and cassata, or the couscous in Trapani? 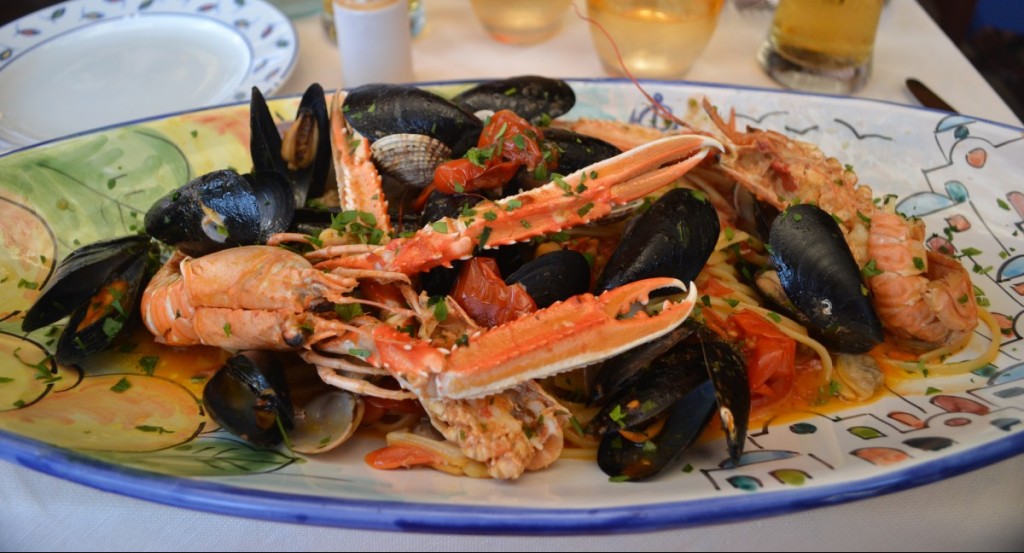 In your free time, you can choose to go to shopping in the city and buy many souvenirs related to the multiple traditions and history of Sicily or relax for a day on the beach. Sicily is an ideal region for families and groups of friends of all ages. Families can relax by spending their days among the countless clean beaches, diving in the crystal waters of the sea or opting for a water park (Arethusa Park or Etnaland are both very good). There are numerous beaches with facilities for families and much more.

If instead you would like to spend a holiday enjoying culture and nature, you can choose between the various national parks (in particular the huge Nebrodi Regional Park) or between a wealth of museums and historical and archaeological sites including the Museum of Aidone, the Valley of the Temples, Selinunte, the Villa Romana del Casale in Piazza Armerina, Paolo Orsi Archaeological Museum, Neapolis and Greek Theatre of Syracuse, the Necropolis of Pantalica and the Regional Museum of Ceramics in Caltagirone. 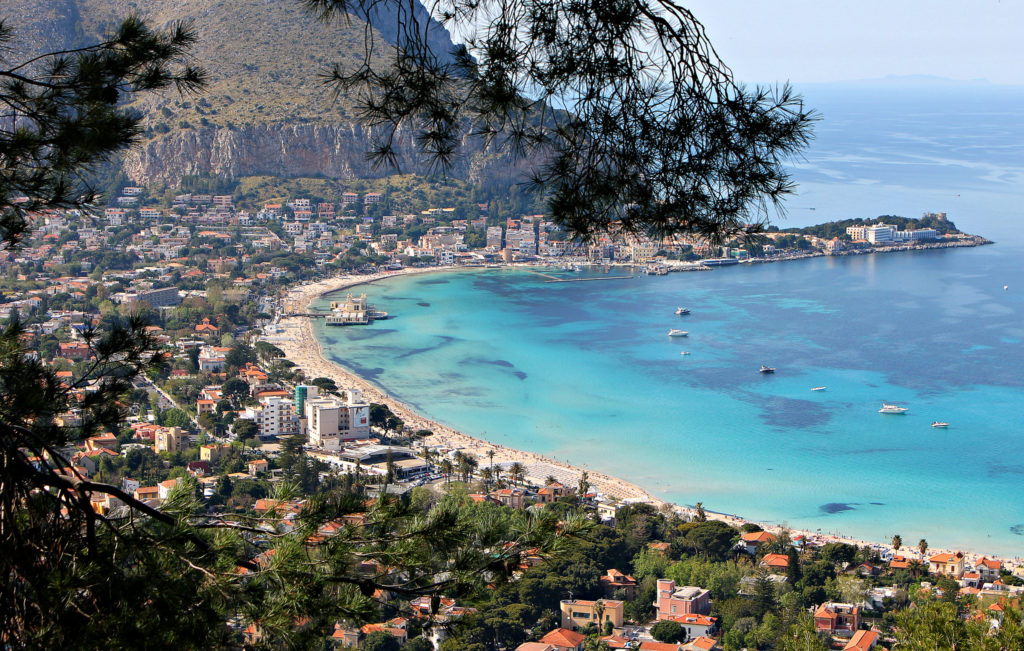 There are also a number of activities and excursions we can offer in order to make the best of your available holiday time! 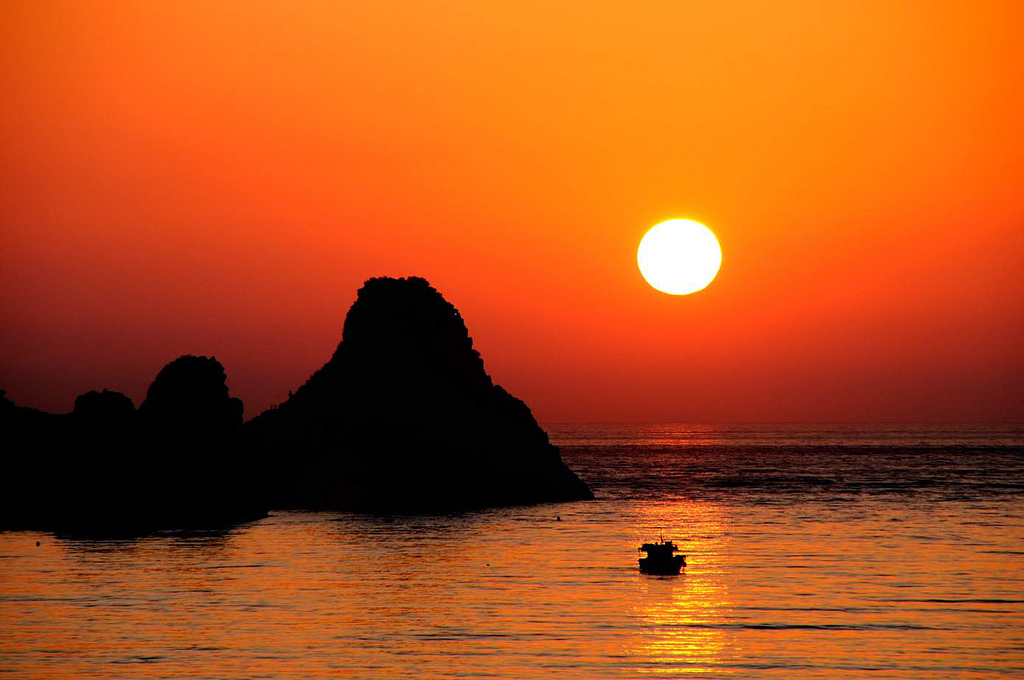 If you fancy making the most of Sicily’s finest sights, sounds and experiences and accompanying Sebastian on one of his tours, you can check out what’s on offer at his website, Viaggia in Sicilia. If however, you’re looking for amazing accommodation and luxury villas in Sicily, get in contact with our Concierge team for more information about availability!