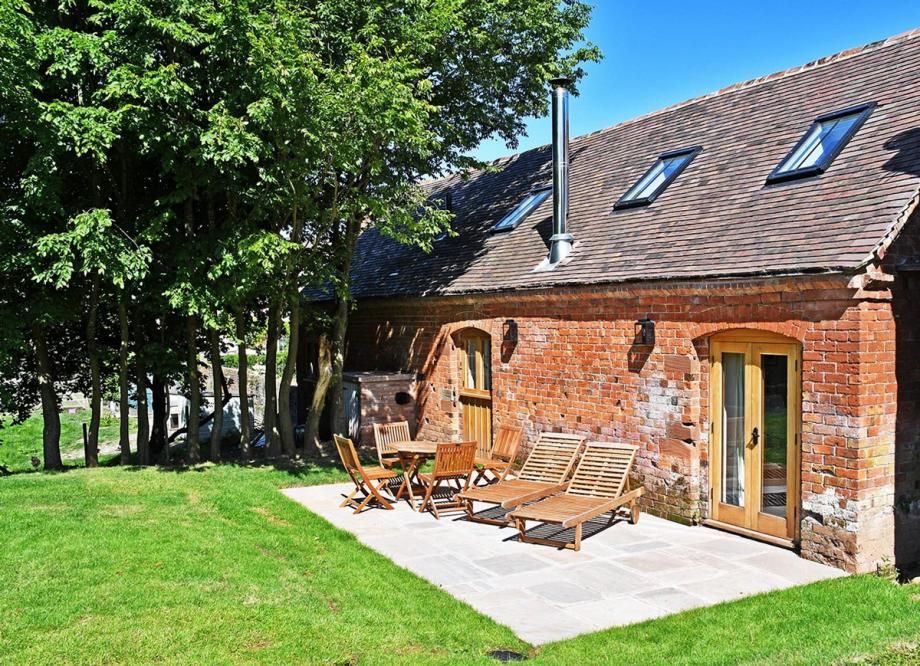 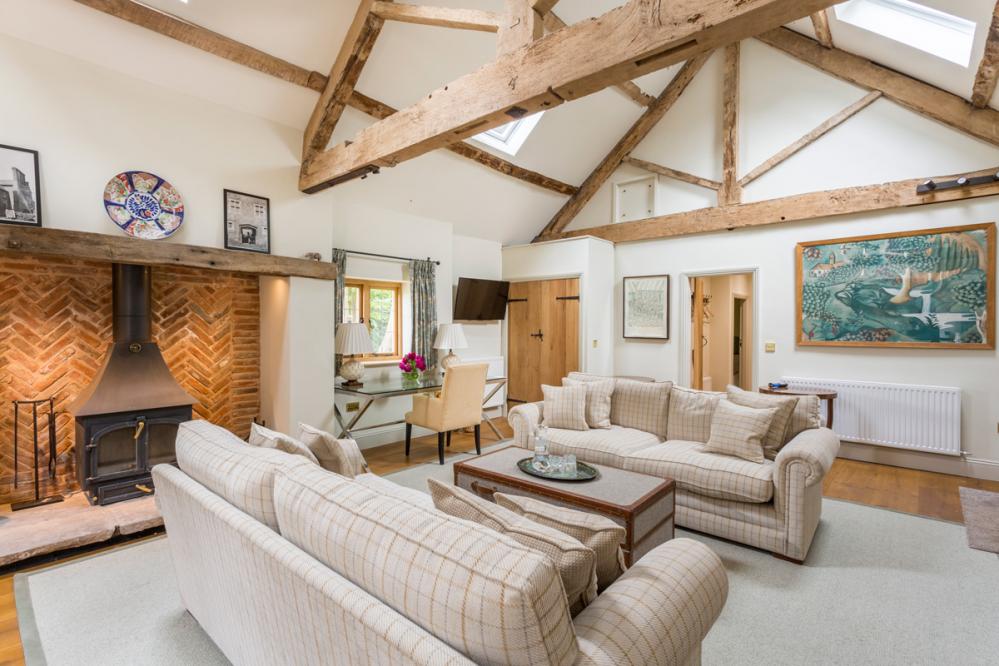 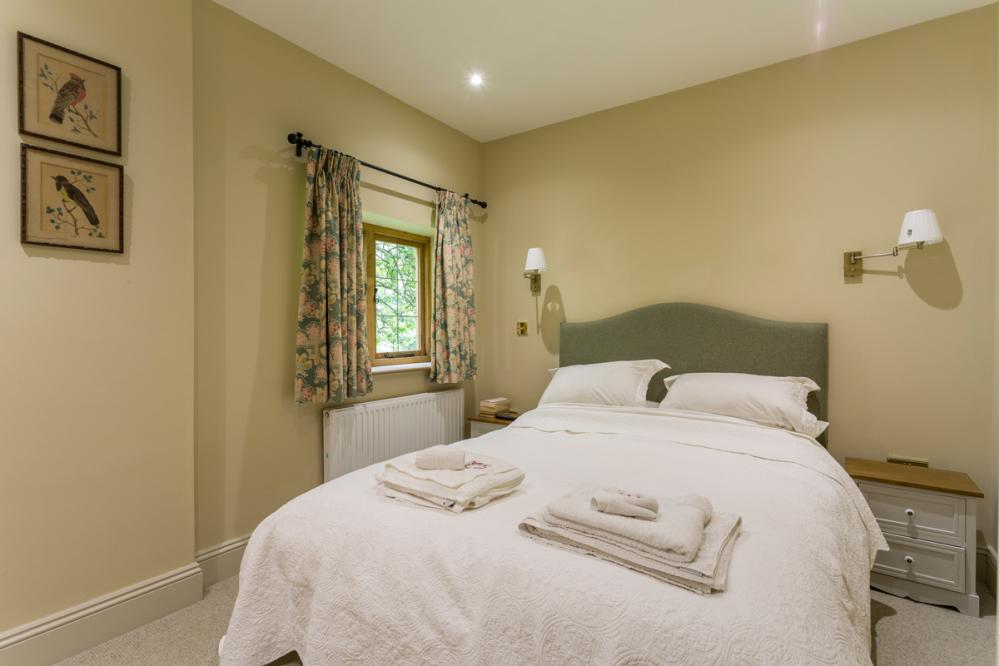 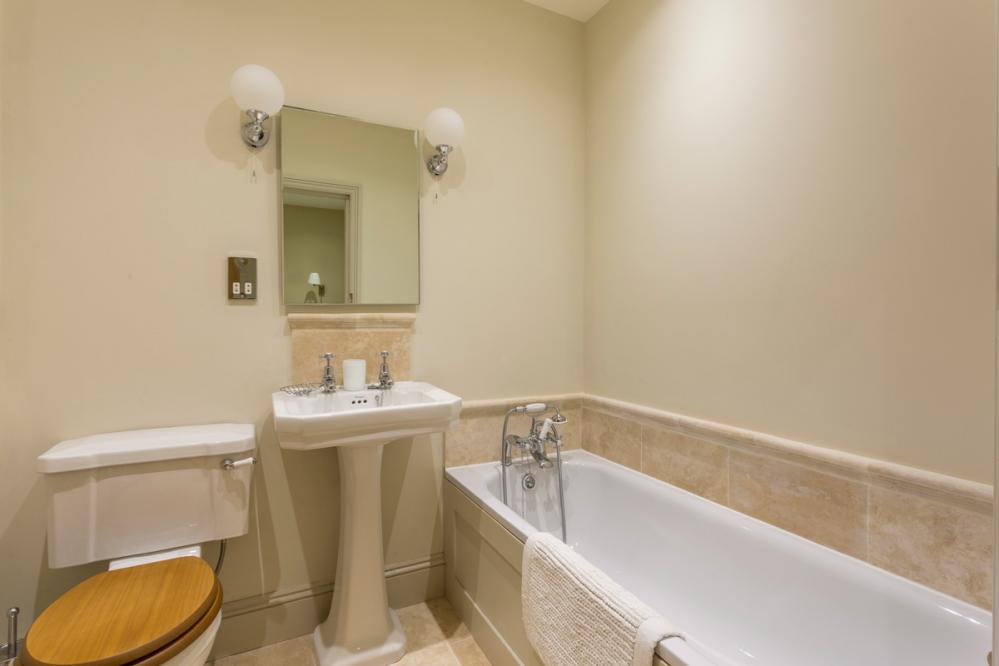 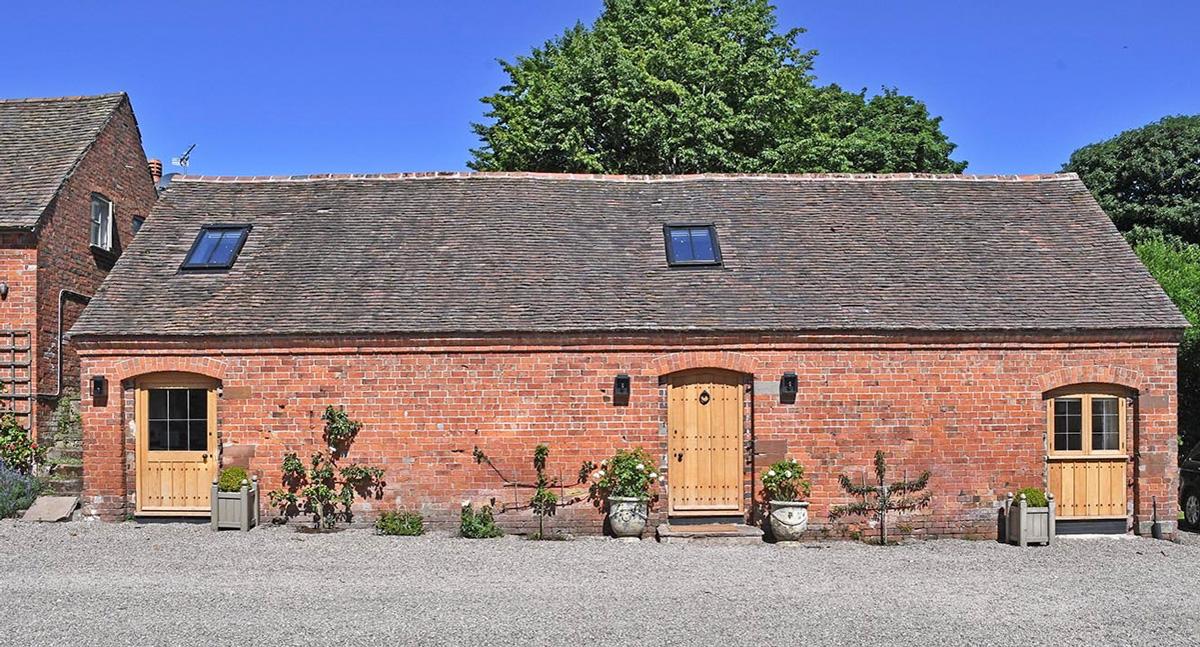 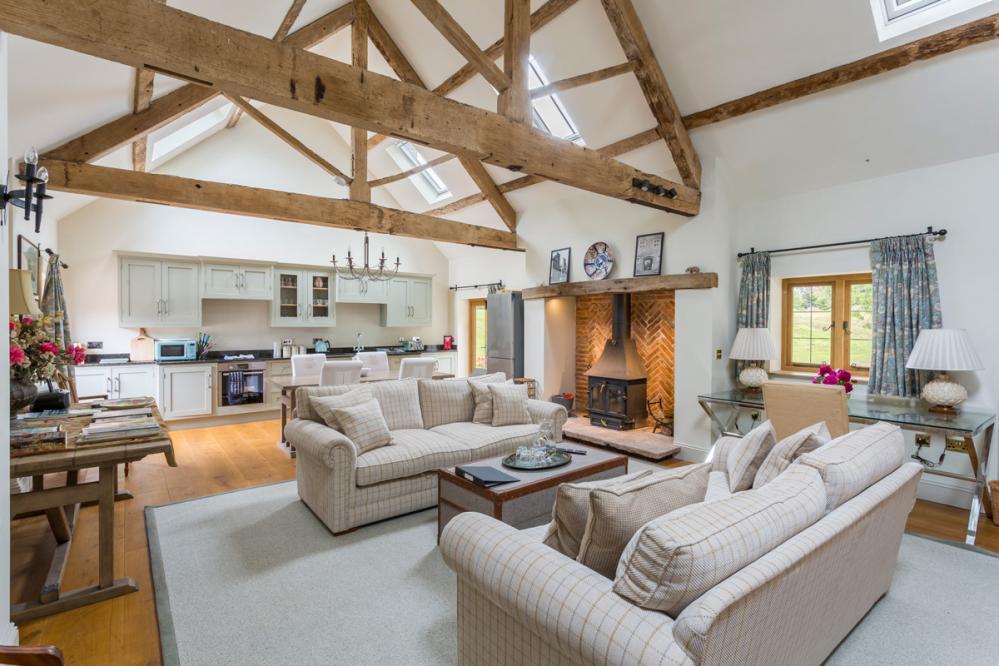 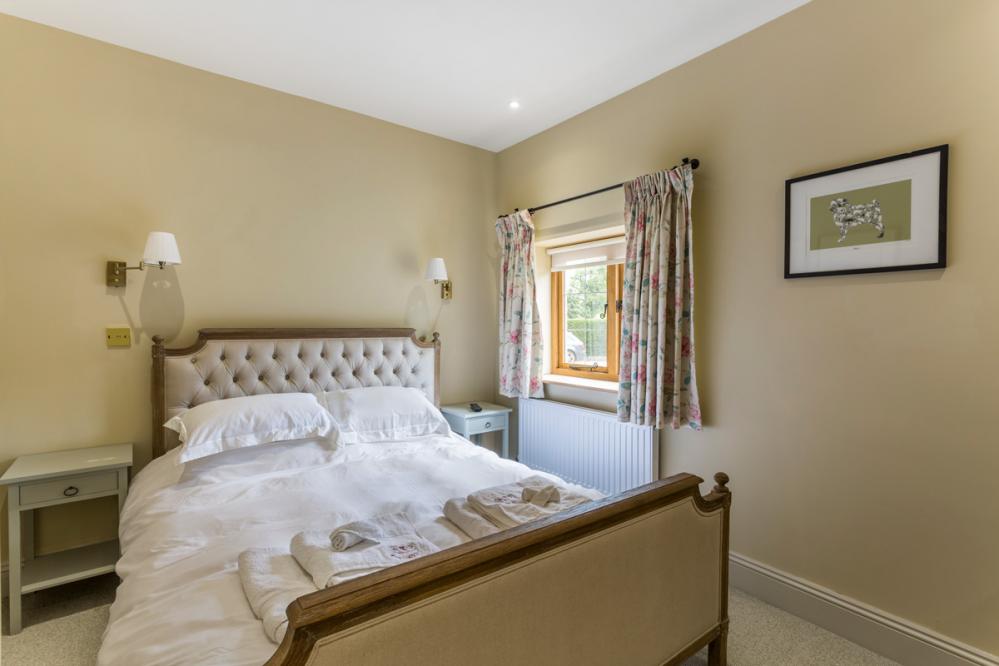 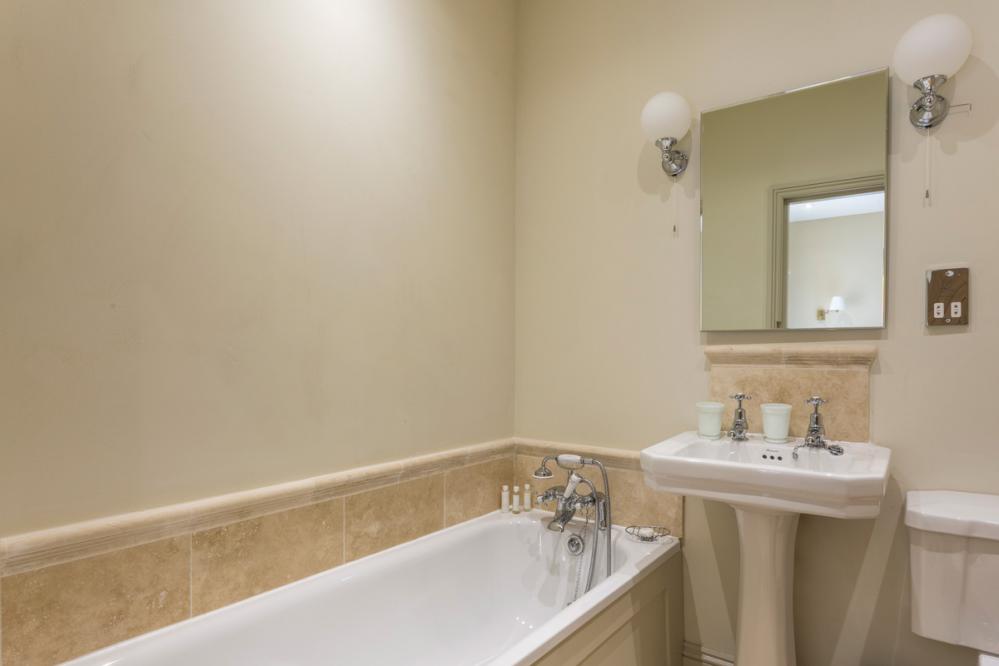 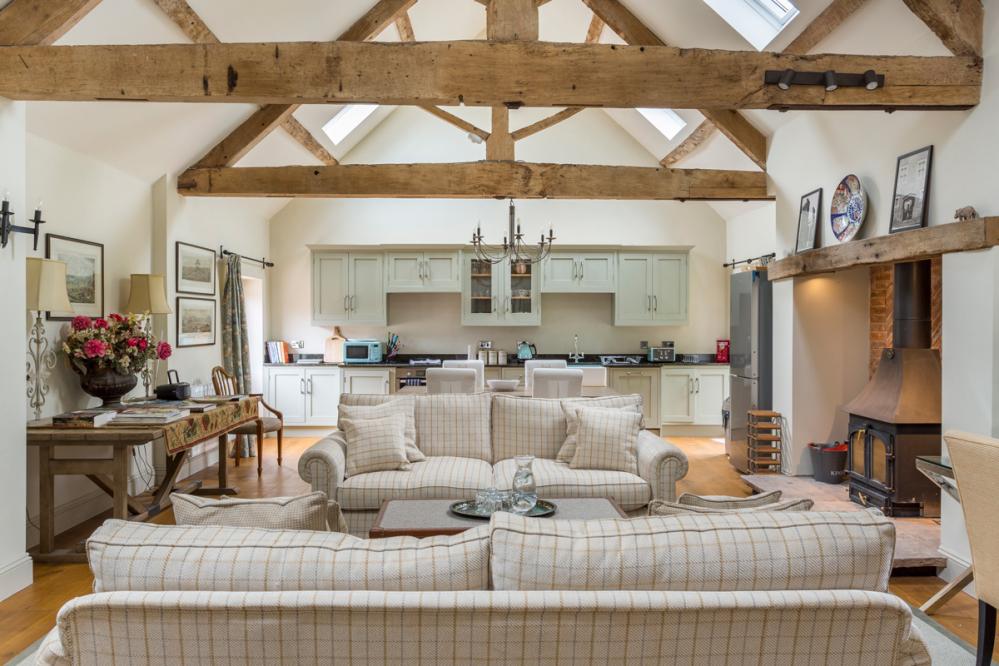 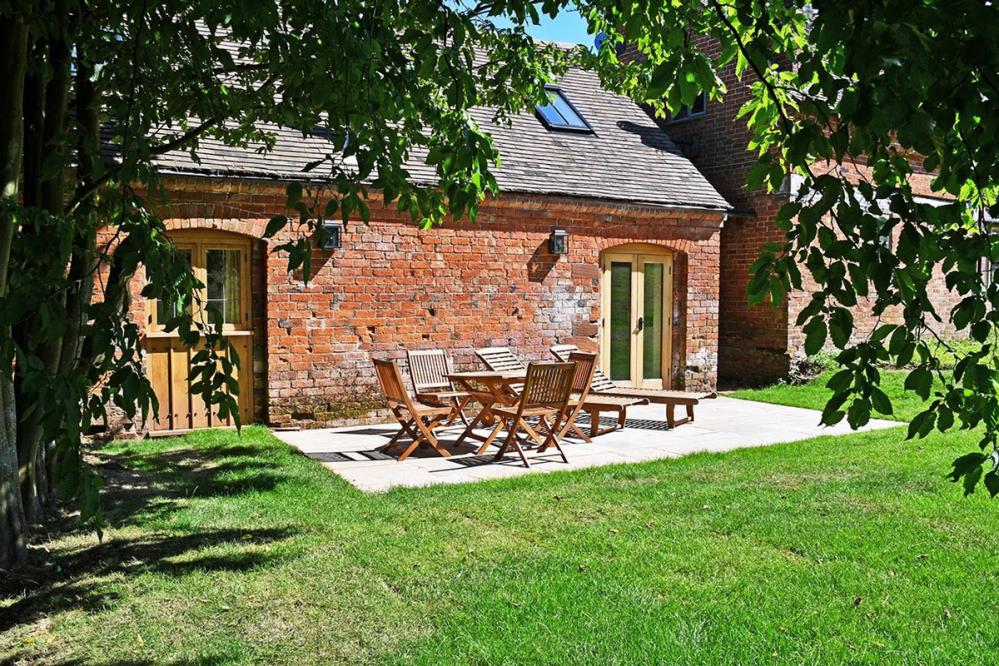 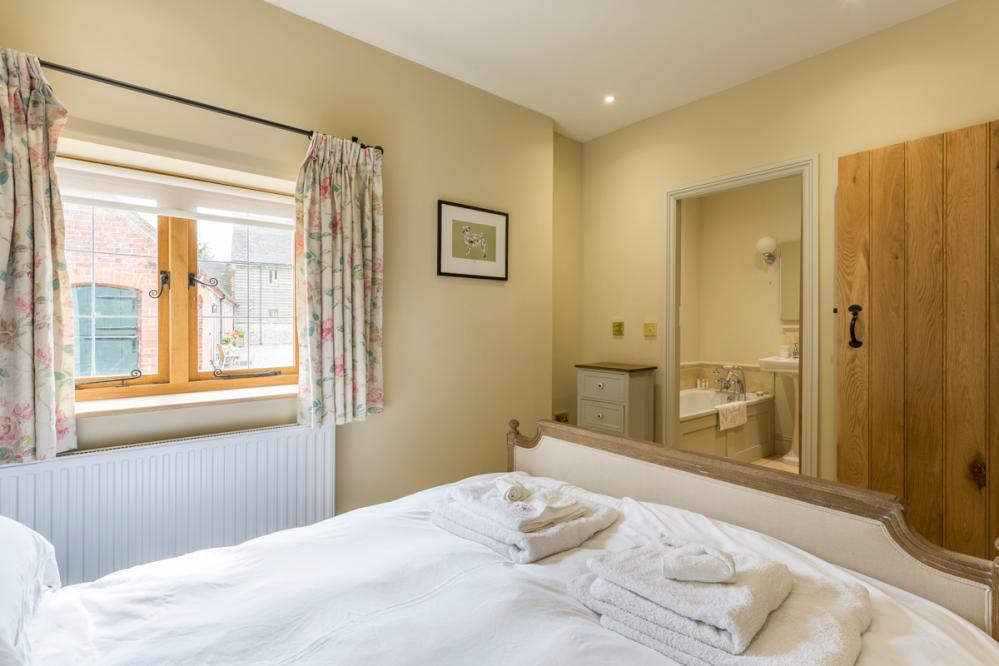 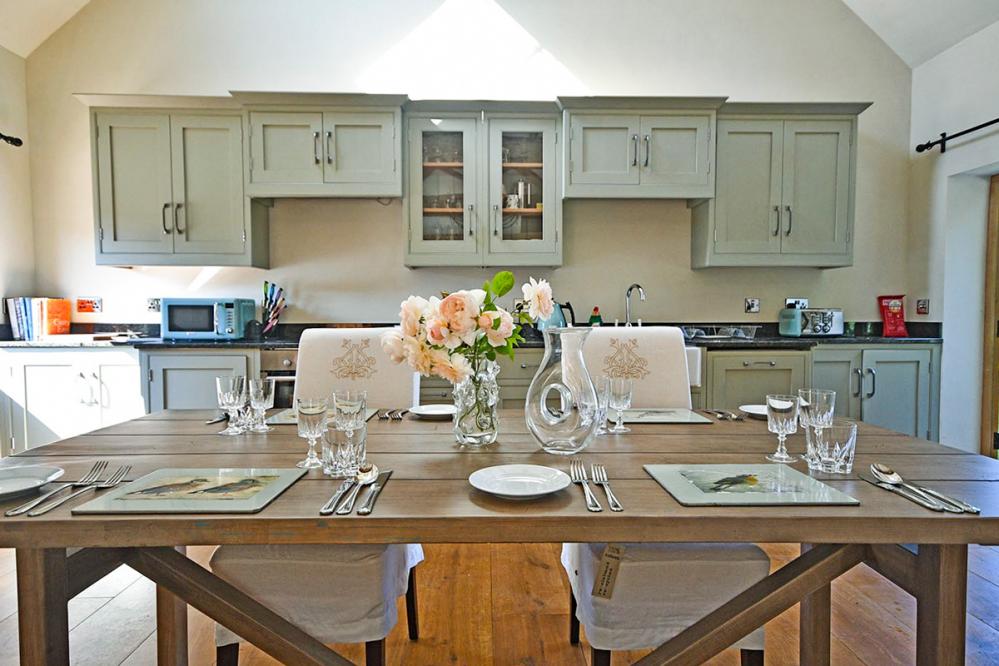 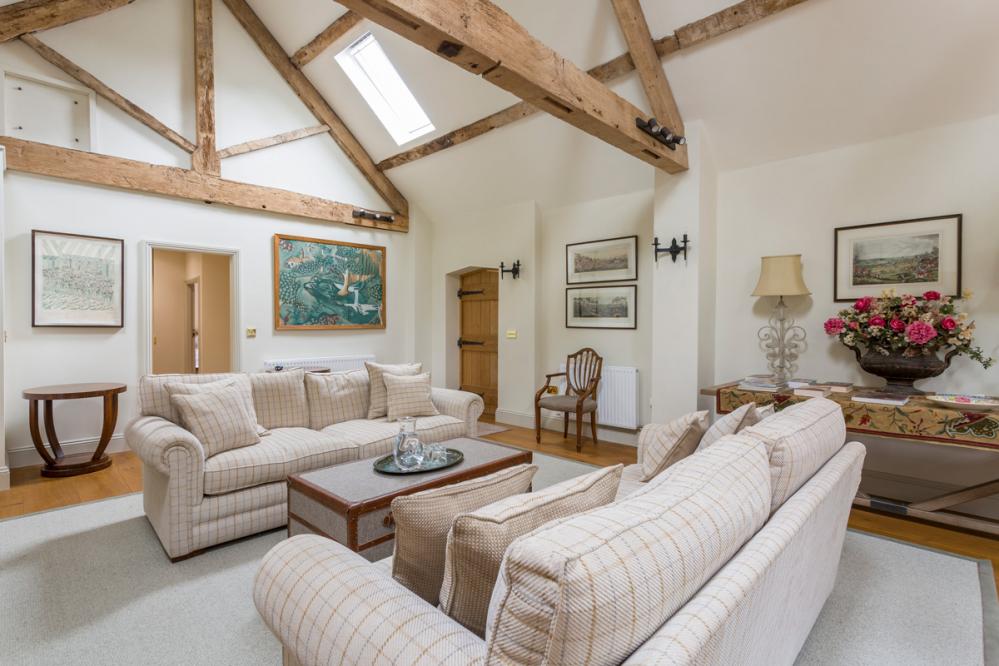 Chevaliers Moat House makes the perfect base for a family or two couples who are wanting to explore beautiful Shropshire, with its historical attractions, sceni...

Chevaliers Moat House makes the perfect base for a family or two couples who are wanting to explore beautiful Shropshire, with its historical attractions, scenic walks and gastro hotspots. Set in a secluded hamlet, close to Bridgnorth and Much Wenlock, this newly converted barn makes a fantastic home for those seeking a relaxing rural escape.

The Moat House has been recently refurbished and today boasts modern interiors and furnishings however the beautiful, original high oak beams have enabled the barn to retain its unique charm and character. Upon entering the property through the artisan crafted studded oak front door, guests will enter into the large open-plan entertaining area. At one end of this space is the living area which comes complete with homely country checked designer sofas and a top of the range log burner, a cosy spot to relax after a long day spent exploring the Shropshire region. The bespoke fitted kitchen can be found at the other end of this room and boasts all the necessary amenities a budding chef could possibly need as well as a formal dining table. The two bedrooms are both equal in size, helping to avoid any arguments! The king-size rooms both boast luxury en-suite bathrooms complete with indulgent White Company toiletries.

Outside, the south-facing private garden terrace makes a tranquil spot from which to enjoy your morning cup of coffee or a sundowner at the end of an exciting day!

Just a minutes’ walk away from the Moat House, is Chevaliers Gatehouse, this is the perfect option for those in larger groups. Alternatively, it is possible to rent Chevaliers Estate, a combination of the Gatehouse, the Moat House and a further Coach House in order to accommodate parties of up to eight or twelve guests (subject to availability).

The accommodation is set out over one level.

*A camp bed can be provided to accomodate an additional child under the age of 12 for a small additional charge, please see T&Cs tab for details.

Chevaliers Moat House is situated within a secluded hamlet deep in the Shropshire countryside, but l...

Chevaliers Moat House is situated within a secluded hamlet deep in the Shropshire countryside, but lies within four and a half miles of historic Bridgnorth and four miles of the pretty market town of Much Wenlock. Next to the Hall is the historic Norman church of St Michael with its 12th century wall paintings and famous 12th century font.

Chevaliers Moat House remains a haven of peace and rural beauty today – an ideal place to explore Shropshire and the Heart of England, from the gastronomic centre of Ludlow to the Ironbridge Gorge Museum, the Shropshire hills and many other historic houses and gardens, including the Dower House Gardens in nearby Morville of Dr Katherine Swift (author of the bestselling book The Morvile Hours) and the world famous nursery gardens of David Austin Roses.

Half an hour’s drive away to the south-west is historic Ludlow, one of the gastro capitals of England with award winning Michelin restaurants, secluded gastro-pubs, historic market square and famous castle ruins where the two ‘Princes of the Tower’ were brought up in the late 15th century. To the north-west, also half an hour away, is historic Shrewsbury, birthplace of Charles Darwin, with its old cathedral, market squares, theatre and riverside restaurants.

Chevaliers Moat House is conveniently located for access to the M5, M6, M54 and M40 motorways. The nearest station is fifteen miles away with frequent inter-city trains from London, Manchester and Glasgow and services to Wales and the West Country.The nearest airport is Birmingham International Airport, approximately 40 miles away. 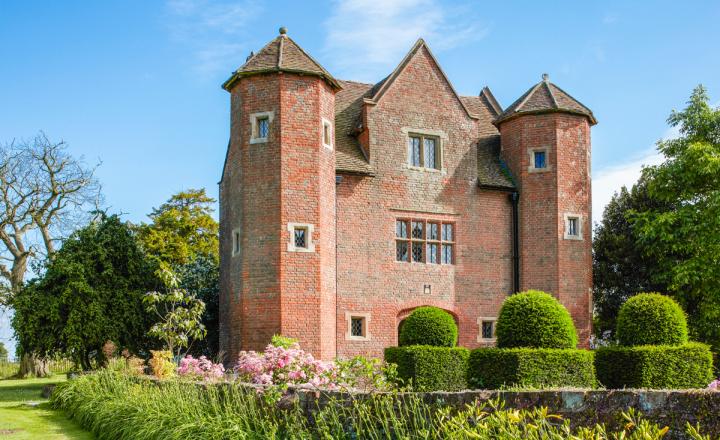 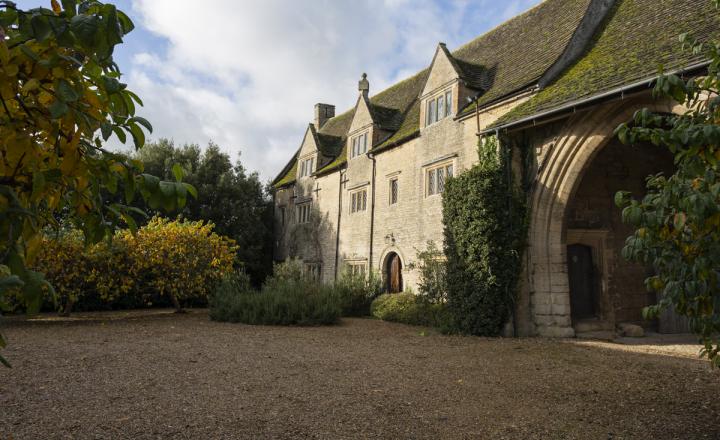 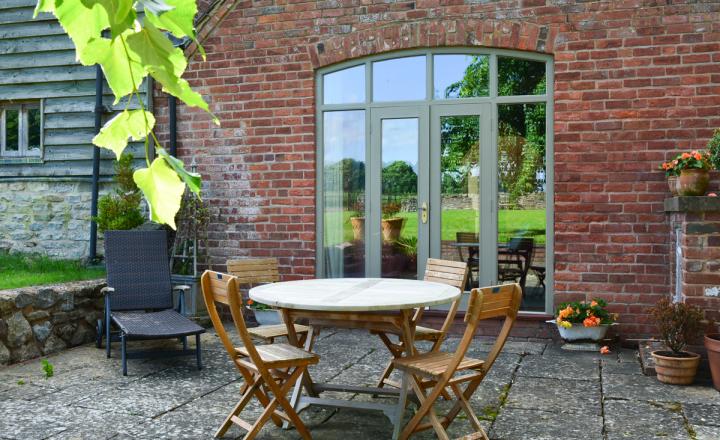 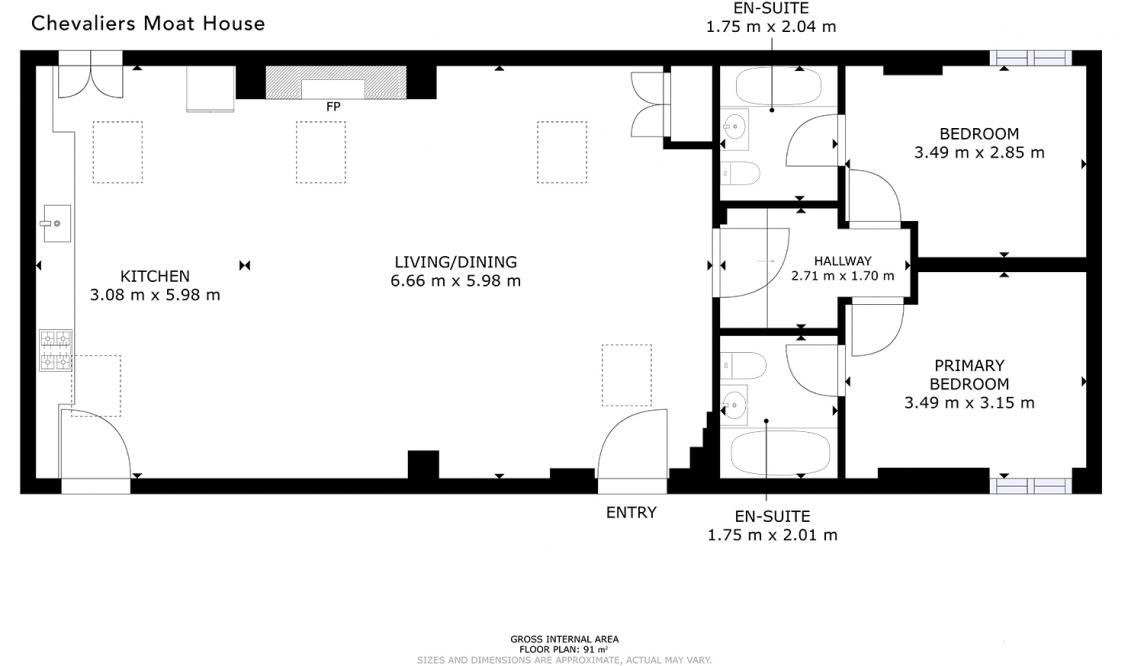