Travelling through Europe is one of life’s greatest pleasures, but more often than not, it’s important to get off the beaten track. The derelict monuments, the underwater caves and the windy roads that lead to most unexpected yet beautiful places. So with that, discover a coveted selection of hidden gems in Europe, from the Costa Tropical in Spain to the Douro Valley in Portugal. 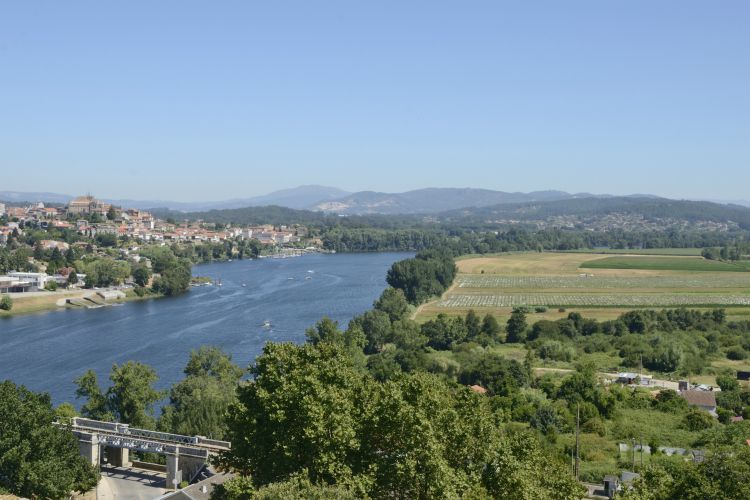 Welcome to the Minho, a region of divine inspiration and cultural significance. Most be known to the region is the Rio Minho, which runs 100km from Porto and marks the border with Spain. It’s a shoo-in to impress, but Minho’s natural beauty doesn’t end there. From the mountain villages, sparkling Atlantic beaches, historic towns and remote villages to the kilometres of vineyards that line along the rivers, the vinho verde (green wine) is more than a grape, it’s the essence and flavour of the region.

The Minho is an appealing region to visit, especially if you’re keen to dive headfirst into Portuguese traditions. Our favourite being, the farmers in horse-drawn carts riding through the cobbled market square. It really is like taking a step back in time and while the Minho region feels world’s away, it’s incredibly accessible straight out of Porto airport (40-minute drive). 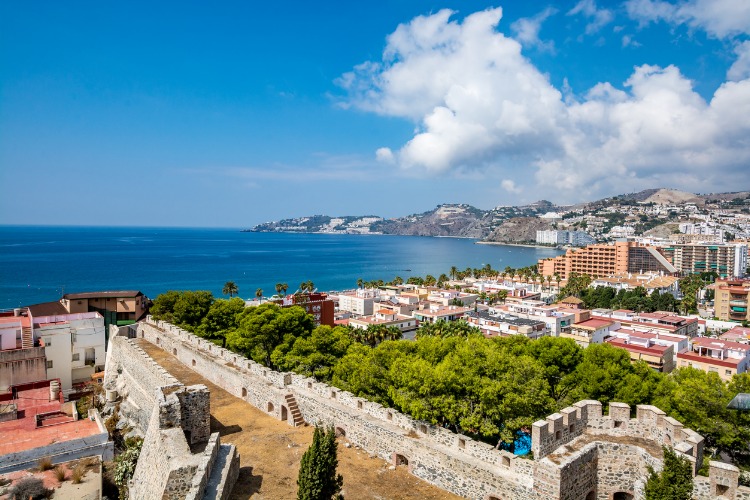 After years of living in the Costa del Sol’s shadow, the Costa Tropical is making its comeback. With 320 sunny days a year and an average temperature of around 20C, there’s no excuse to not visit the coves, picturesque beaches and beautiful cliffs that make up the gorgeous landscape. It’s also far less crowded than the majority of the Spanish Costas, which is already a major win, particularly for families looking to escape the bustling crowds.

The Costa Tropical is broken up into five tourist hubs: Almuñécar (La Herradura), Salobreña, Motril, Castell de Ferro and La Rábita. Each nailing the sporting brief on the head. Windsurfing, check! Sailing, check! Horseriding, check! You name it, you’ll probably find it. Oh, and contrary to what the name suggests, the Costa Tropical is also the perfect place for mountaineering, thanks to the Sierra Nevada Mountains. So there are really no cons to visiting! You can reach this costa from Granada airport (an hour’s drive away). 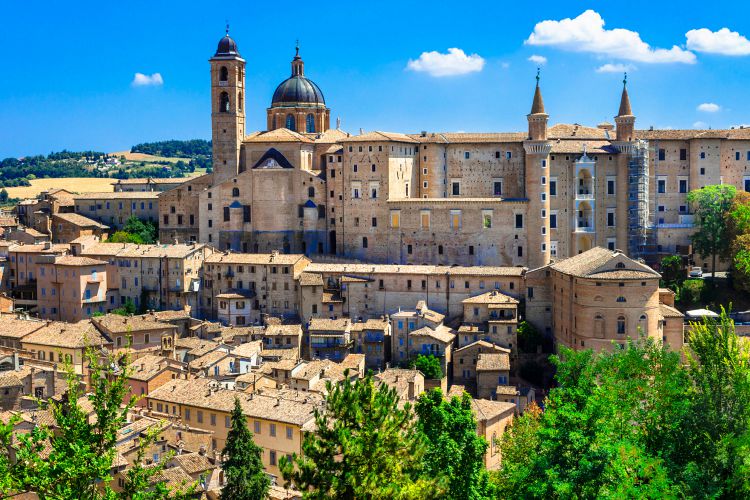 Le Marche (pronounced lay-MAR-kay) is perhaps the most scenic region in Italy. Sandwiched halfway down the boot, Le Marche is still relatively unknown outside of Italy. Having steered clear of mass tourism, it relies on its reputable insider status. Inland is where you’ll find a touch of magic, with an ode to the Renaissance art – the beauty honestly jumps off the streets.

Ascoli Piceno is a small city (home to 50,000 homebodies), favourited for its food and trendy art scene. Whereas the coastal area of Portonovo is the best beach region – here, azure seas lap onto silver sands. Getting to Le Marche won’t prove too difficult. Just aim to get a flight to Ancona airport and all that’ll be left is an hours drive. 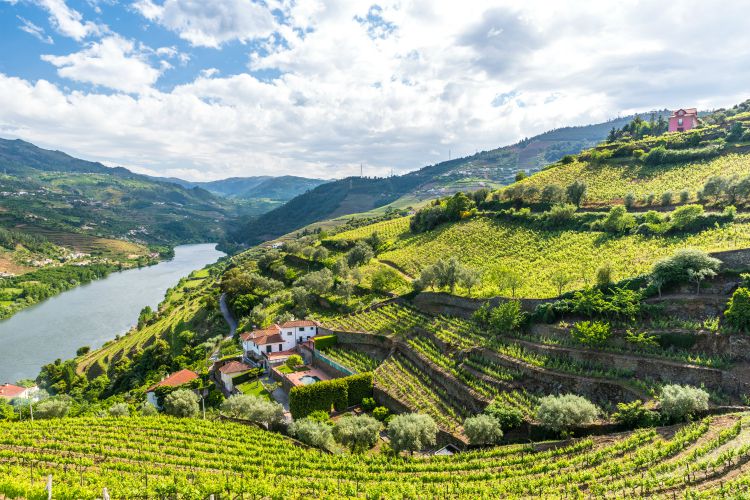 Flavoursome ports and wines, scenic verdant vistas and moreish restaurants, the Douro Valley is an enchanting region in Portugal that remains virtually unknown. A Unesco World Heritage site since 2001, the Douro is unsurprisingly sleepy, and yet incredibly captivating.

There’s still plenty to see and do in the Douro and as the region continues to flourish year on year, there’s always something new to discover in terms of food, wine, history and culture. Getting to the Douro is 75 minutes driving distance from International Airport Francisco Sá Carneiro. It may seem like the journey, but trust me it’s worth every drive, penny and then some. 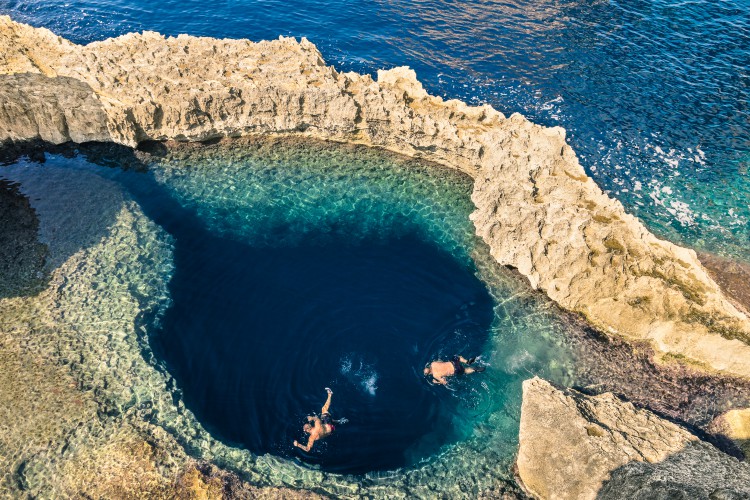 Slow down the tempo with a visit to Gozo. Malta’s sister island is a slice of paradise that will reinvent your holidays forever. For starters, it’s greener, more charming and peaceful, but best of all, the island prides itself on underwater adventures. One of the most popular sites in Gozo is the Blue Hole, an alluring spot that begins in a rock pool then leads to a crevice. Once under, there is an amazing variety of different fish to see, like the Mediterranean parrotfish, octopus, barracudas…the list really goes on.

Besides boasting some of the Mediterranean’s best dive sites, Gozo is also packed with historical sites, temples and dreamlike panoramas. So, where it may lack in size, it makes up for in a rich cultural calendar. You should know that Gozo is inaccessible by plane. To reach this haven, you’ll have to fly to Malta and get a ferry from Circewwa Harbour. It won’t take more than half an hour. Once you arrive, you’ll finally be able to kick back and relax.

If you’re looking to discover Europe’s best-kept gems, get in touch with our concierge team to arrange your next holiday.