We’ve teamed up with Go Beyond (formerly CHICKS) charity to help give disadvantaged children the break of a lifetime! A national children’s charity, Go Beyond provide week long breaks for children from all over the UK. At Oliver’s Travels we host thousands of families every year in our villas and chateaux, so we wanted to make it possible for those less fortunate to have an amazing holiday as well as create long-lasting childhood memories.

These children come from a variety of backgrounds, they might be living in poverty, be victims of bullying or abused, or have been bereaved. The one thing they all have in common is that they could really benefit from a week away; and that is where you can help.

For every booking made during December and January, we’ll make a donation to Go Beyond to send a disadvantaged child on holiday. Every £15,000 we raise will cover the cost of a week’s retreat for 16 children. Find out more about our ‘Book a Break – Give a Break’ donation.

A Go Beyond BREAK 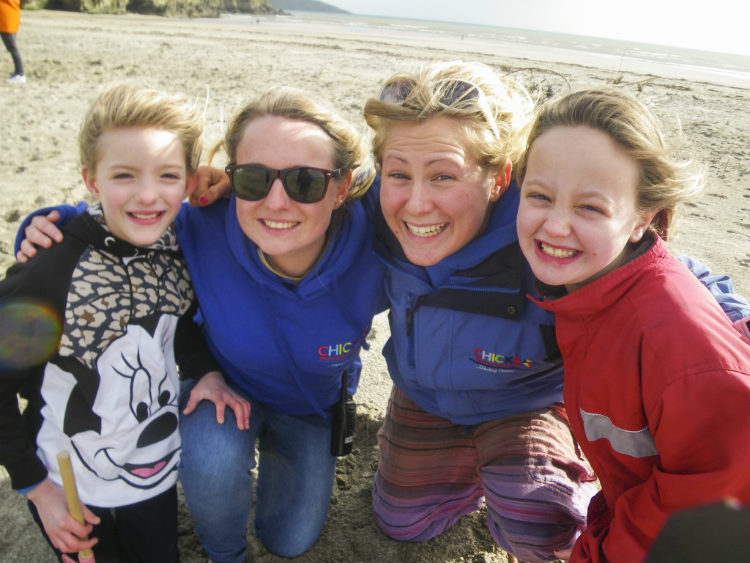 A week at Go Beyond gives children the time and space they need to relax and have fun. They try new activities, like horse riding and body boarding, and enjoy new experiences.

“I’ve never been to a beach before. It’s just like I dreamed it would be.”

The children grow in confidence throughout their week, often returning home with increased self-esteem and broader horizons.

Each break is led by three fully-trained members of staff, and up to six adult volunteers. The high adult-to-child ratio means the children can build trusting relationships with adults, and receive some much needed attention.

“What I love best about coming here is that the adults get involved, I don’t have that anywhere else in my life”

For many children, Go Beyond is the first time they’ve ever been on holiday. Many of them have never seen a sheep before, or breathed in the fresh air of the countryside. 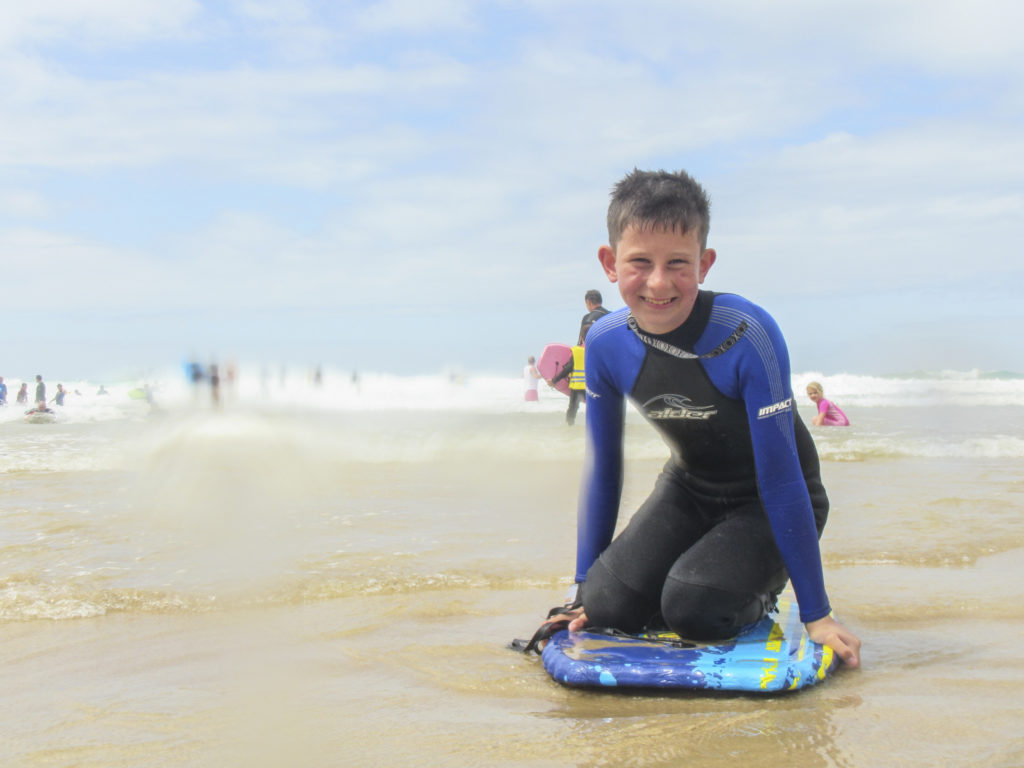 Tommy, aged 12, from Bristol has had a difficult childhood. His parent’s separated last year and prior to this there were concerns that Tommy’s father had been abusive towards his children, both physically and emotionally. Two of Tommy’s brothers are autistic and they need a great deal of support and supervision and in addition to this, both of Tommy’s parents suffer with ill health; his father is diabetic and his mother has Bipolar and a personality disorder. Due to their health and time spent caring for their children, Tommy’s parents do not work and rely solely on benefits. The opportunity for a break away or outings to try new things is therefore incredibly limited. The Autism Outreach team who work with Tommy and his family referred him to Go Beyond as they felt that “time away from his family would help [him] feel he could leave his worries behind for a short time and think about having fun for himself.”

As he was one of the younger boys on ‘Sticky Toffee Pudding’ break Tommy initially found it difficult to find his place in the group however by the end of the week, Tommy had grown significantly in confidence and was happy to be himself. When talking about his time at Go Beyond Tommy said, “I made lots of friends and we went on some absolutely amazing adventures!”

Nadia is 9 and is from Exeter. Nadia’s parents are separated and she lives with her mother and three sisters. Her mother suffers with depression and has an alcohol problem which affects her ability to parent which means that Nadia steps in and looks after her sisters as well as her mother very often too. Nadia still has contact with her father however this is sporadic and he frequently lets her down at the last minute. Nadia’s mother is on benefits and money is tight and there isn’t much left over for treats, holidays or days out together. Nadia’s opportunities are limited and having recently moved to a new area she doesn’t have very many friends and is isolated. Nadia’s local council referred her to Go Beyond as they could see she was in need of a break from her difficult home circumstances and have the chance to try new things.

When Nadia arrived at Go Beyond she was initially a little shy and reserved, however, through the course of the week she grew dramatically in confidence. As the week progressed, Nadia found she was a natural at sports and that she enjoyed them too! Her proudest moment came during the rock-climbing session where she was able to complete a course that very few others could, and she pinpointed this as a highlight of her week, sharing her achievement with everyone at that evening’s ‘best bits’. 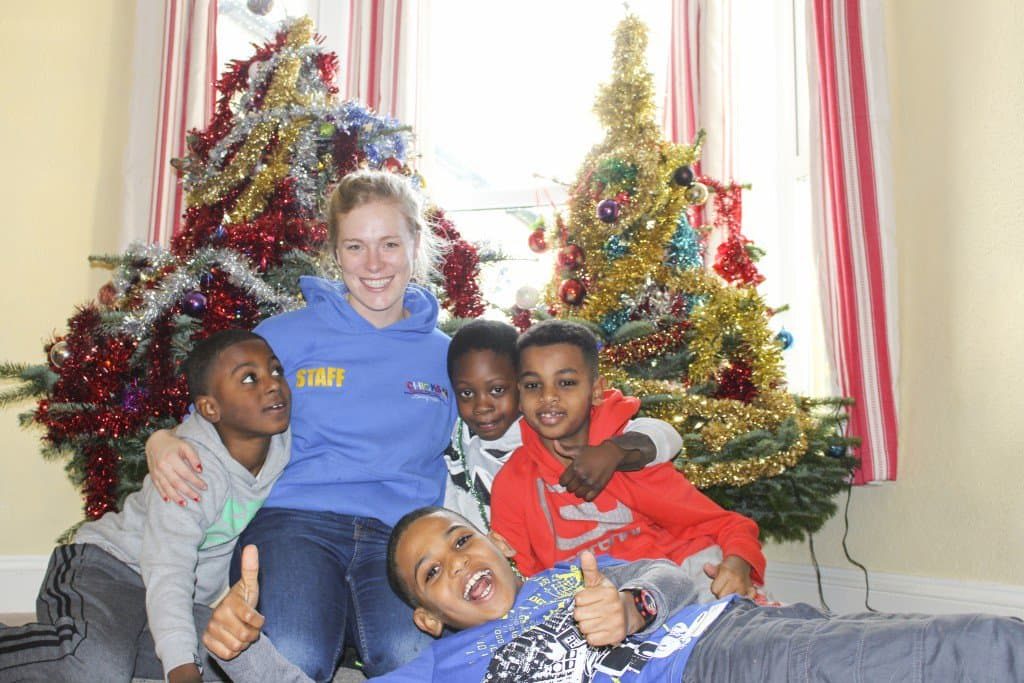 Callum is 9 and is from Hackney. Callum and his family have recently moved to the UK and, whilst they have been granted residence here, they are not currently entitled to any financial assistance. The family of five therefore survive on very limited means. Callum and his siblings are on a child protection plan after his brother disclosed that their father was physically abusive towards him, his siblings and their mother. Domestic Violence services have been involved and Callum’s parents are on a parenting programme in order to work on these issues. The family’s Children and Young People Services team referred Callum to Go Beyond as they felt that he could do with some time away from his difficult home circumstances and enjoy some positive new experiences.

When Callum arrived at Go Beyond he was so excited at the prospect of going on his first ever holiday and he spent the entire Monday evening grinning from ear to ear with enthusiasm. It was a week of firsts for Callum and he relished the opportunity to try new things, throwing himself into all of the activities on the break. He was incredibly proud of all of his achievements and was appreciative of everything – even the simple things such as the bed he slept in each night! Callum was a friendly and happy child and made lots of new friends, creating some really strong friendships with his peers. He also loved getting to spend time with the adults and enjoyed playing pool with them during ‘free play’ – especially when he beat them! Callum told the Respite Break Leaders that he thought Go Beyond was “awesome” and said “I wish I could live here forever!”

MORE ABOUT GO BEYOND 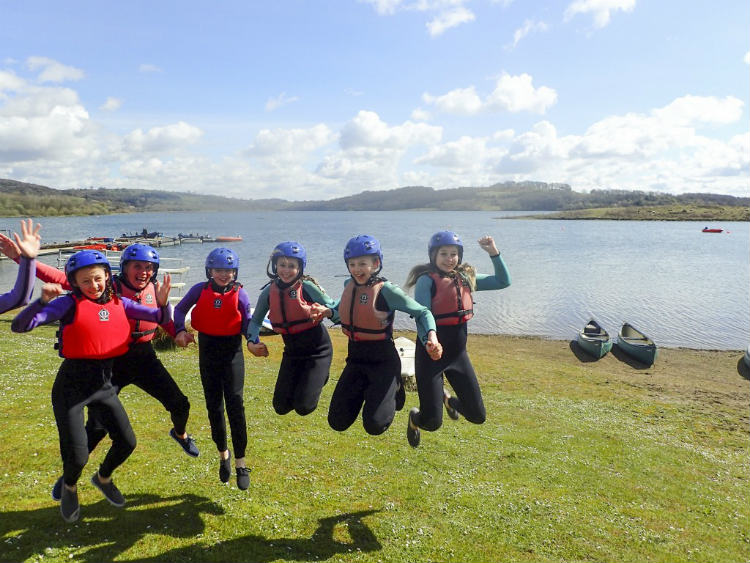 Go Beyond began in 1992, initially offering camping trips to inner-city children during the summer holidays, one of the best options to have fun with friends and family, check the campingfunzone.com for all the info you need As demand for its services grew, Go Beyond purchased a retreat on the coast of Cornwall, allowing the charity to run breaks year round.

Go Beyond now owns three retreats: one in Cornwall, one on Dartmoor in Devon and the newest on the edge of the Peak District in Derbyshire. The charity helps children from all areas of the UK, from Penzance to Perth!

Receiving no government funding, Go Beyond relies on voluntary contributions to provide its vital breaks, and we are delighted to be able to help them.

“I like it here at Go Beyond, it gives me a chance to express myself and be who I really am. Because at home I have so many things to do that I can’t think of a better holiday”

Find out more about Go Beyond: https://www.gobeyond.org.uk/

Donate now and help even more disadvantaged children to have the holiday of their lifetime. If you know a child aged 8-15 who could benefit from a Go Beyond break, refer them! Whether they’re living in poverty, young carers, or subject to abuse that causes them to have a hard time at home, Go Beyond is here to help. All you need to do is complete the referral form and you could make a massive difference!