Its castles are reminiscent of a fairytale and its former pilgrimage city of Canterbury plays home to one of England’s most important Heritage Sites. Go on holiday to Kent and you’ll be blown away by the layers of history you can uncover. To help you plan your Kent holiday, we’ve picked eight of the best places to visit in Kent, from villages resplendent in Tudor architecture, to forts and palaces that reveal medieval artefacts and exquisite gardens. 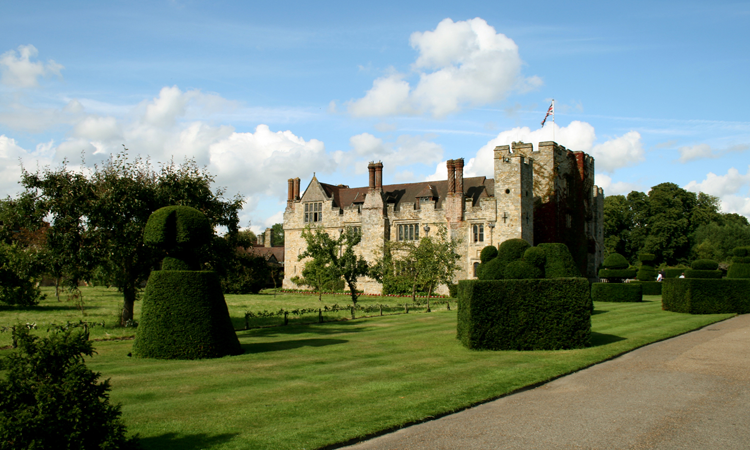 The childhood home of Anne Boleyn, Hever Castle is among the most famous castles to visit in Kent. Dating back to the 13th Century, this beautifully-restored fortress is something of a fairy tale, with its Italian gardens, striking moat and lake.

As you explore the beautifully preserved rooms and suites, you’ll discover highly-treasured items, from prayer books owned by the famous Monarch, to some of the country’s finest Tudor portraits. It hosts various events, from jousting shows to photography classes, too.

Located at the centre of the eponymous valley in the North Downs, Elham is one of the top places to visit in Kent, owing to its historical buildings and stunning scenery. There are 43 listed buildings in total, many of which boast the quintessential Tudor timber frames. Alongside charming farmers markets, a fantastic vineyard and spectacular surrounding countryside (popular with walkers), Elham is one of the most picturesque places to visit in Kent.

A key place of worship for more than 1,400 years, Canterbury Cathedral is one of the oldest cathedrals in England, attracting around one million visitors each year. Often nicknamed ‘England in stone’, it’s strongly linked to the country’s heritage as it contains some highly revered historical collections and Canterbury was one of five of England’s designated ‘Magna Carta Towns’. When you visit, don’t miss the beautifully ornate Great Cloister and Chapter House, the medieval stained-glass window known as ‘Adam Delving’ and the 12th Century wall paintings of St Gabriel’s Crypt. 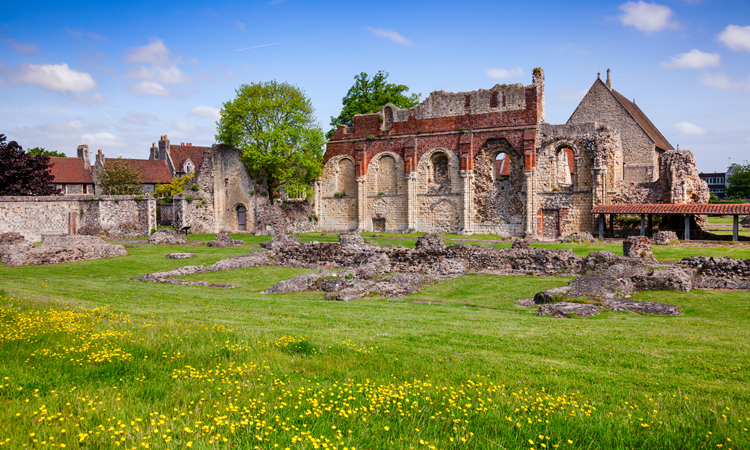 Another key place to visit in Canterbury is St Augustine’s Abbey. Forming part of the city’s World Heritage Site (alongside Canterbury Cathedral and St Martin’s Church), it’s one of Kent’s top hidden gems as many visitors miss its historical ruins, located outside of the city walls. Built in the 6th Century, the abbey was founded by St Augustine who arrived in Kent to convert Anglo-Saxons to Christianity. It’s speculated that the abbey may have been the birthplace of the Bayeux Tapestry and it was among the most important abbeys of its time.

This National Trust Site was once the family home of Sir Winston Churchill and the landscaped grounds are a beautiful place to while away an afternoon. Highlights include Churchill’s lake ‘swimming pool’, a kitchen garden (where produce is now grown for the onsite Landemere Café) and a romantic ‘rose avenue’, planted to celebrate Winston and his wife Clementine’s golden wedding anniversary. The house – which has remained unchanged since the 1930s — is open to the public and an exhibition showcasing 50 of the politician’s personal objects is a new addition for 2019.

With roots going back to the 1100s, Dover Castle is said to be England’s largest castle. It’s also one of the few fortresses to have defended England for over nine centuries, due to its imposing hilltop location, above the shortest seacrossing between Britain and Europe. Discover secret wartime tunnels, explore an underground hospital, and see various chambers which hosted royal visits by the likes of Henry VIII and Elizabeth I. The Battlements Walk and onsite Roman Lighthouse – the oldest surviving lighthouse in the country – is also a must-see. 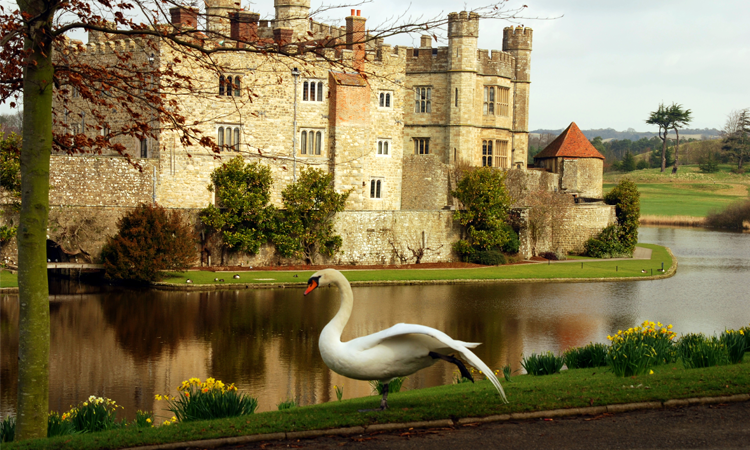 One of the most alluring things about Leeds Castle is its setting. Built upon an island upon a lake formed by the River Len, it was built by a Norman baron 900 years ago and has been dubbed the ‘loveliest castle in the world.’

Before it underwent a refurbishment in the 1930s, this former Norman stronghold passed through the hands of six medieval queens and Medieval and Tudor influences can be seen in many of the castle rooms today, alongside an exhibition of original artefacts, illustrations and film in the ancient Gatehouse.

Have you ever wondered where the most beautiful gardens in England are? Many would argue they’re at Kent’s Penhurst Palace in Tonbridge, where horticultural highlights include formal Grade 1 listed Gardens and one of the most magnificent peony displays you’ll ever see. These gardens are the oldest of their kind in private ownership – with origins in the 14th Century – and they sit within a 2,500 estate of beautiful parkland. Highlights of the house include intricate tapestries, a 60ft high chestnut beamed ceiling and a medieval Baron’s Hall.

Now you’ve seen the best places to visit in Kent, why not check out our holiday homes? If you need a hand with anything, our friendly concierge team are on hand to help!