The astoundingly beautiful countryside of Umbria, with its peerless arable lands producing food and wine like no other, is a true Italian gem. It’s not difficult to see why we do such a brisk trade in our luxury villas in Umbria here at Oliver’s Travels. The region has so much to offer, and our travellers aren’t the only ones who have noticed.

Bill and Suzy Menard, of Via Umbria, have certainly been inspired by the rich country and cultural cities of the area. Their business imports the very best of Umbrian produce to their shop and restaurant in Washington, as well as to sell online. They know all there is to know about the region and work to provide what they call ‘a little slice of Italy’ in DC. We’ve sat down to chat with them about business, food and what they love most Umbria. 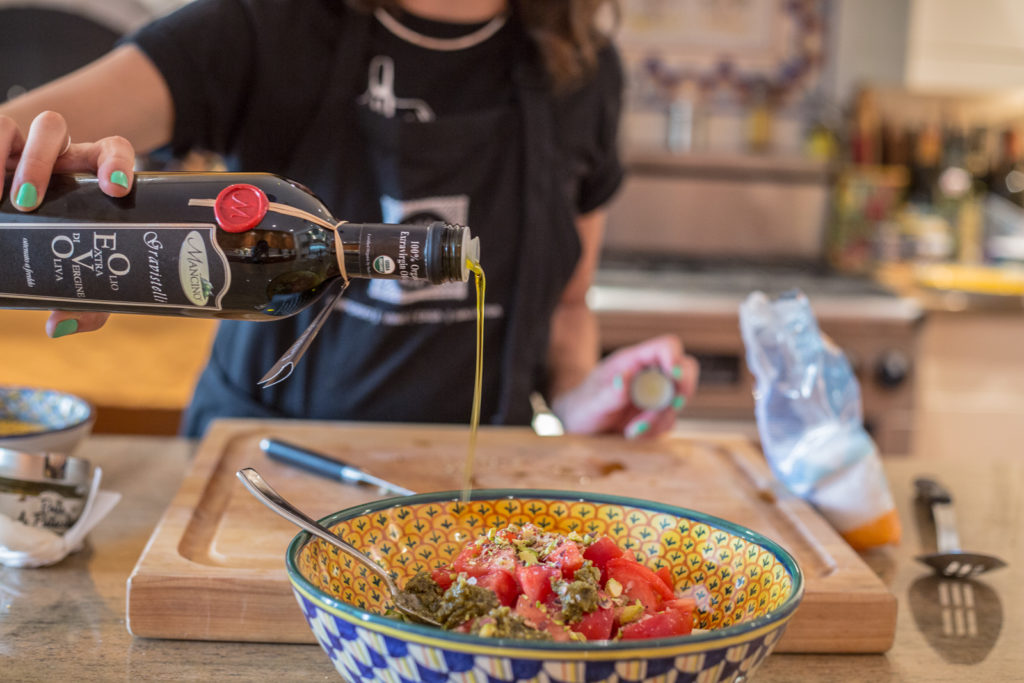 Tell us all about Via Umbria! What do you do, and how long have you been doing it?

Via Umbria is actually a family of related businesses that are all centred around Italy and the Italian lifestyle. We have found that Italians have an innate ability to connect with the land, with the past and with people, and have always found it amazing. This is why, twenty years ago, we took our first steps in establishing a series of businesses that celebrate the Italian way of life.

Most of our products are imported directly from smaller, family-operated businesses that have carried on a tradition of craftsmanship over many generations. For us, the relationships we have developed with our artisan suppliers over the past two decades are more important than the commerce itself.

Even more exciting than importing and retailing is the business we call Casa. Casa operates our 18th-century farmhouse – la Fattoria del Gelso – in the tiny farming hamlet of Cannara. The farmhouse is located in the middle of Umbria, the geographic centre of Italy known as il cuore verde d’Italia – the green heart of Italy. The property is a stone’s throw away from Assisi and a twenty-minute drive from the enchanting towns of Montefalco, Bevagna and Spello as well as a half hour from Perugia, Spoleto and Deruta. In the spring and fall, we organize small tour groups led by Suzy and me to discover the food, wine and culture of this rich and authentic region. We have been writing about our experiences in Italy for the past two decades on our blog, Dolce Vita. 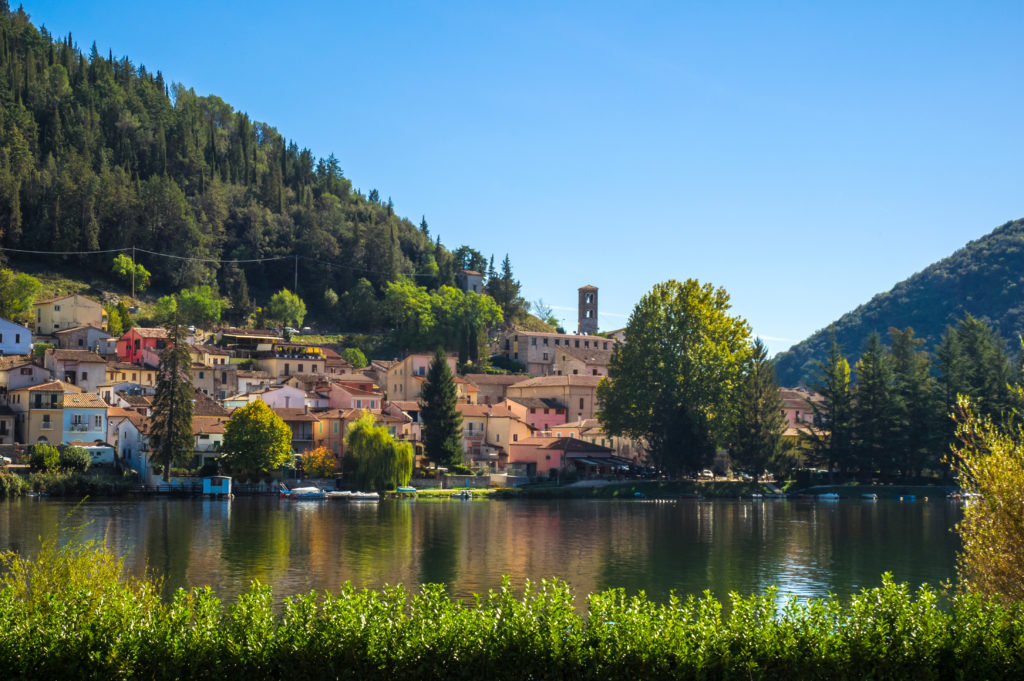 What is it about Umbria that really drew you to the area?

Umbria is truly a special place. It’s bursting with bountiful agriculture and steeped in history that rivals any region of Italy, but at its core, it’s made truly special by the people who live there. The Umbrian locals are warm, accessible, fascinating and giving.

And what makes the produce and wines of Umbria you sell so special?

Umbria is called “the green heart of Italy” for a reason. It is incredibly fertile (even by Italian standards) but its agriculture is still mostly small-scale, with olives, grapes and grain grown by families that have worked their land for generations. They have an unparalleled respect for nature and a personal stake in everything they produce.

The produce and wines from Umbria are also made special by the personal touch that is put into them. Umbrian food and wine producers have respect for tradition and preserving the personal. They always imbue their products with personality, terroir and soul. Umbrians are content with producing great products that remain authentic and true to their origin. They have no interest in cornering the market with quantity at the expense of quality. You can taste that authenticity in Umbrian food products, wine and especially in the regional cooking. 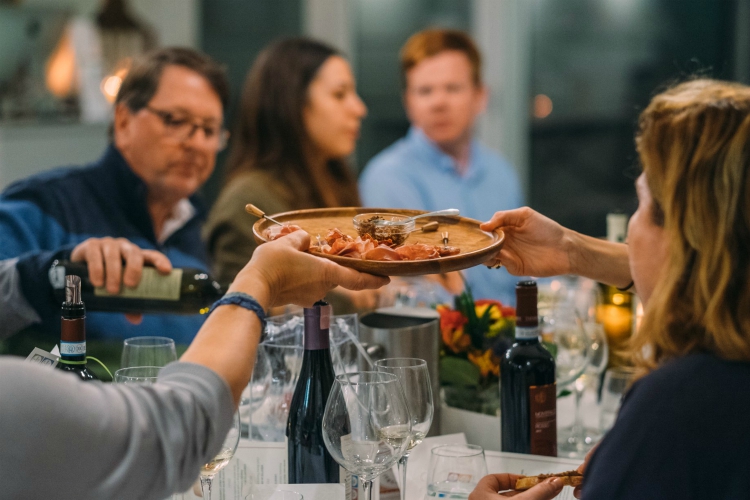 What are your favourites out of all the products you sell, and why?

We’re partial to any of the handpainted ceramics we sell from Geribi. They’re produced in a ceramics studio in the little town of Deruta, less than a half hour’s drive from the farmhouse. Even today, Deruta remains a “one horse town” with a couple hundred small studios producing beautiful handpainted pieces in traditional and modern designs. We fell in love with Geribi’s ceramics the moment we laid eyes on them with their vibrant colors and intriguing geometric patterns, not realizing at the time that this “modern” look was in truth a throwback to the design elements of the pre-renaissance period!

And what’s your top pick of the wines?

I can’t really answer that, as we import Umbrian wines from a dozen or so family producers who have also become our close friends! But it would be safe to say that anyone who travels to Umbria should take advantage of good local pricing and try as much Sagrantino wine as possible. Sagrantino is a DOCG wine from the Montefalco zone, which is the most important wine production zone in Umbria and Sagrantino. It is considered among the very top tier of Italian wines. 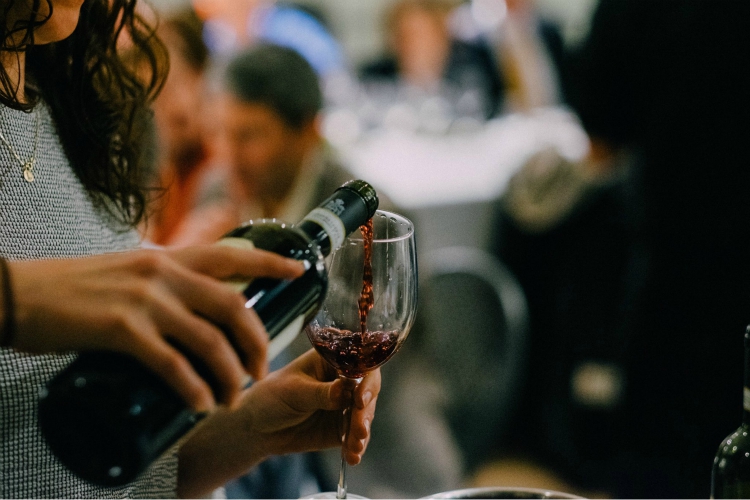 What are the best local things to do in Umbria?

There are so many things to do in Umbria that it is hard to choose. Some of the more unique experiences include truffle hunting and other wild food foraging including mushrooms and asparagus. We also love experiencing and participating in fall harvest, especially the olive or grape harvest, and also visiting historic towns such as Perugia or Spoleto or learning about the life of Saint Francis in Assisi. Spending time taking a ceramics painting class is pretty unforgettable too, but remember that Umbria is best experienced at the speed of life. Be sure not to overschedule, to explore slowly and get lost, and to take time for long meals. You won’t be disappointed!

Are there any foodie treats or local specialties visitors should be on the look out for?

Umbria is a virtual candy store for foodies! Truffles are one of the great treats. They grow wild all over Umbria in many different varieties, from the plentiful black summer truffle to the rare black truffle of Norcia and the white truffle. Also, Umbria’s extra virgin olive oil is considered among the best in Italy and enhances the rustic food of the region. Each Umbrian town boasts and celebrates its own speciality and sometimes these have a very short growing season, like the black celery of Trevi. Colfiorito is renowned for its potatoes, Norcia for its truffles, Castelluccio for its lentils… And our little village of Cannara is known throughout Italy for its small sweet onions. If you travel to Umbria in the summer or fall keep your eyes out for signs for local sagras, which are town festivals that typically celebrate a particular local delicacy. 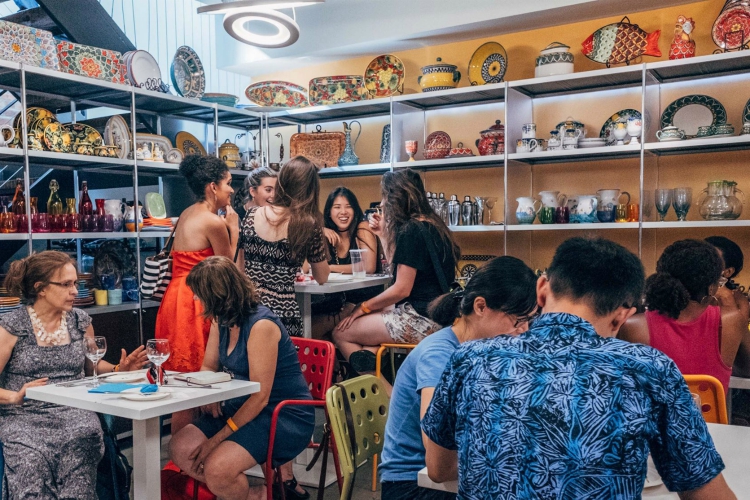 What can we expect next from Via Umbria?

We’re constantly looking for more to share with our customers, so there will always be something new. On the immediate horizon is the opening of our newly expanded retail store in Georgetown, which we expect to reopen this fall (update: the Georgetown space is now open – check it out!). In addition to our imported Italian gourmet foods, handpainted ceramics, linens, housewares and cooks’ supplies, we will be adding a fresh food market with local partners selling fresh meats, local produce, gourmet cheese and bakery goods (update: the market is also open! Have a look).