Vibrant, beautiful and endlessly inviting, Split may be but small in size, but this city is still bursting with attractions and notable landmarks worth seeing. From its charming Old Town to the lively nightlife, delicious Dalmatian cuisine and stunning stretches of sand, there’s truly something for everyone. To help you plan your villa holiday, we’ve rounded up our top things to do in Split when staying at one of our luxury villas. 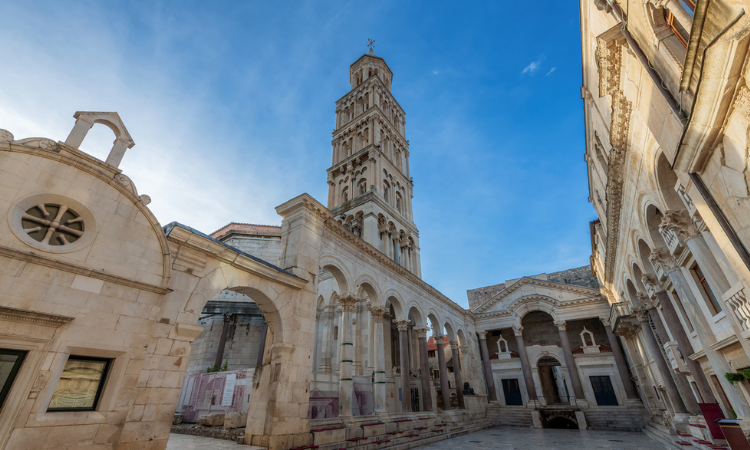 The Old Town is one of the most popular areas of this city, and it’s also where you’ll find most of the historic attractions. A particular highlight is the Diocletian’s Palace, which was built in 305 AD for the Roman Emperor Diocletian. It’s now a UNESCO World Heritage Site and was even used as a filming location for Game of Thrones – this is where Daenerys kept her dragons in the cellar!

You should also be sure to visit Domnius Cathedral, located inside the palace. It’s the oldest Catholic cathedral in the world, and you can even climb the bell tower for breathtaking views of your surroundings. 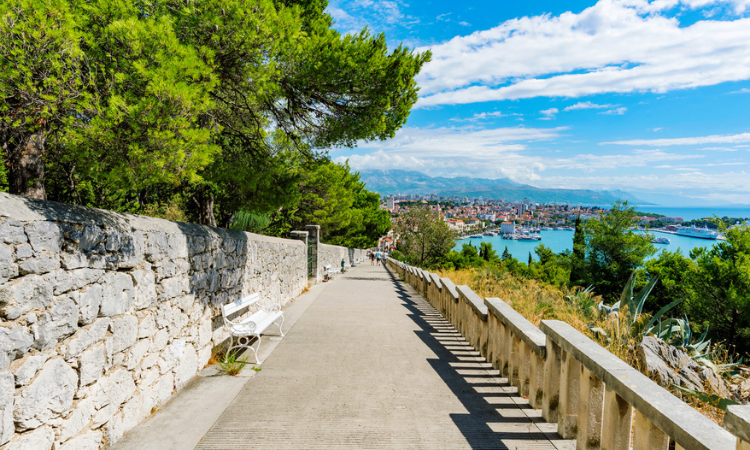 For an even better view, take a stroll up Marjan Hill to the spectacular viewpoint. Offering a welcome reprieve from the bustling city centre, it’s popular among local runners, cyclists and walkers alike. There are multiple routes of varying difficulty and length, so be sure to choose the one that’s best for your party. You’ll also find many benches dotted along the way if you need to catch your breath. 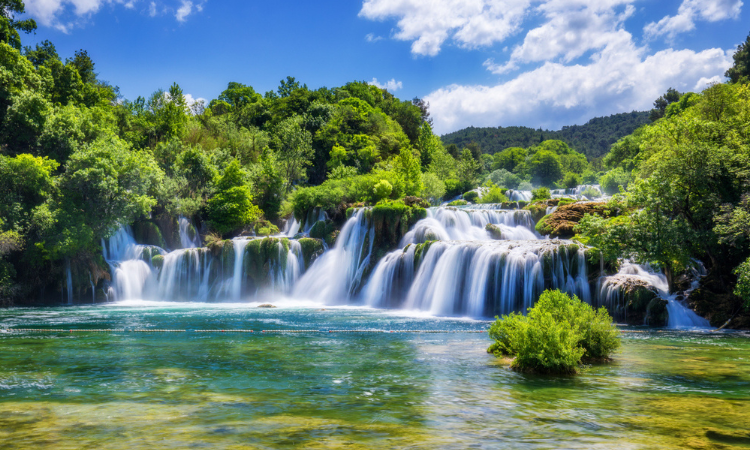 Named after the Krka River, this national park covers 142 square km of land, meaning you’d need far more than a day to explore all of its wonders. However, lucky day trippers typically only have one thing on their minds: the waterfalls. It’s likely you’ll have seen photos of Skradinski Buk falls before, but nothing compares to experiencing their majesty in real life. Other must-sees include the Roski Slap waterfall and mini island of Visovac – have those cameras at the ready.

We’d suggest taking a guided boat trip through the park to see as much as possible – try to get one that includes some free time for swimming too! 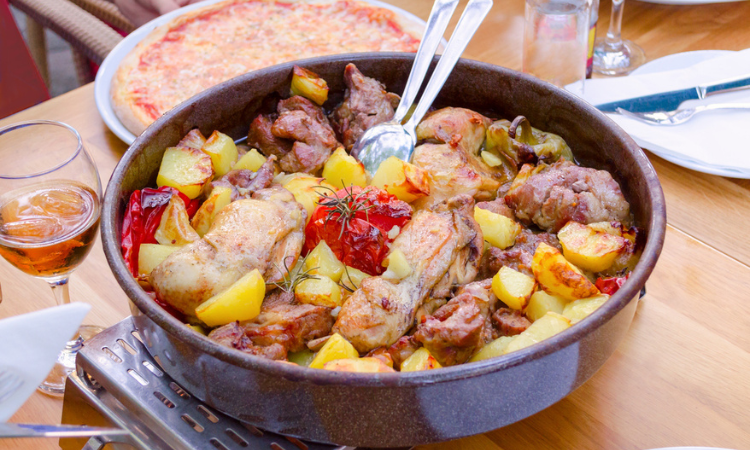 Like everywhere else in Croatia, Split locals adhere to a delicious Mediterranean diet of fish, vegetables and liberal amounts of olive oil. Due to its coastal position, we’d suggest opting for the catch of the day wherever possible – a guaranteed way to try the freshest seafood possible. However, you also can’t leave without trying peka – a hearty Croatian dish that sees meat and vegetables baked under a bell-like lid that’s covered with hot ash.

To satisfy your sweet tooth, try rožata – a custardy dessert that’s similar to a creme brulee or flan, but lovingly topped with indulgent caramel sauce. No day is complete without one! 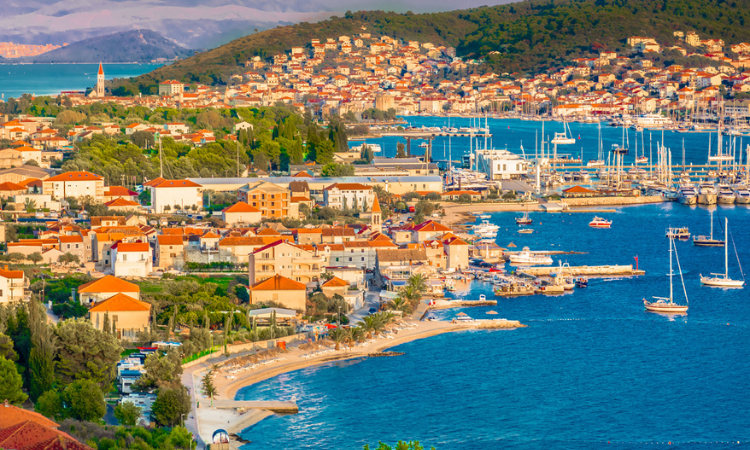 As a designated UNESCO World Heritage site, Trogir is our top suggestion if you’re looking to visit another town throughout your villa holiday in Split – it’s only around 30 minutes away by car. Once ruled by the Ancient Greeks and subsequently the Romans, this intriguing destination is brimming with architectural marvels, but also a selection of shingle beaches and family-run bars.

It’s also the best-preserved medieval town in central Europe, standing on its own islet that’s separated from the mainland by a man-made canal. Have fun navigating its bridges and meandering streets, enjoying getting lost along the way.

Check out the beaches 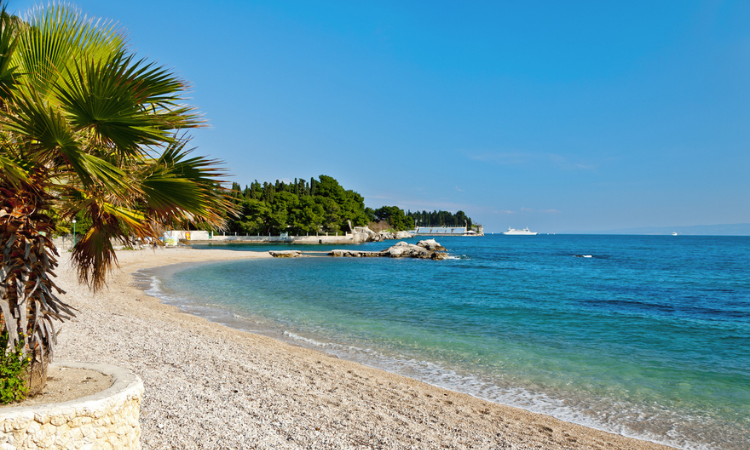 Even if you choose to stay in Split, there are still plenty of spots for unwinding near the sea. Found within walking distance from the city centre,  Jezinac Beach offers refreshing waters, palm trees and pebbles – with your background being Mestrovic Kastilac castle in the distance. Holidaying with little ones? Beach Znjan has its own playground, bouncy castle and trampoline, so they’ll never complain of being bored while you catch some much-deserved rays! 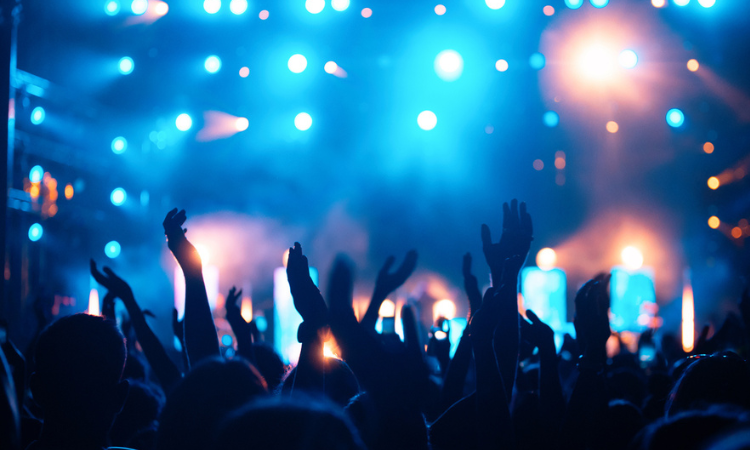 Perhaps unexpected, the nightlife in Split happens to be one of Croatia’s finest, boasting lively stretches of bars and clubs for you to dance the night away along. With parties spilling out onto Bacvice Beach, and live music venues aplenty, we wouldn’t blame you for sleeping in until midday to make the most of the after-dark action.

So, that’s our picks for the top things to do in Split on your next holiday. Still looking for more inspiration? Check out our collection of luxury villas in Split, and feel free to contact our concierge team if you need some help deciding.