One of the best things about Scotland is its diversity.

The rolling countryside, bustling cities, icy mountain peaks and charming villages all combine to provide an excellent destination for your cottage holiday in the UK, whether you’re looking for an action-packed break, a cultural adventure or a relaxing retreat. If you’re yet to be tempted by this enticing country, check out our list of reasons to visit Scotland ASAP! 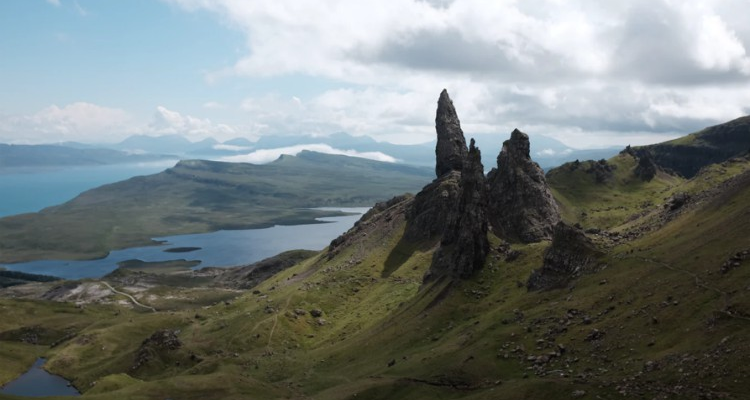 Scotland is home to some of the most striking landscapes in the UK. Ever-changing, from rolling hills and jagged mountain faces to white sandy beaches, it really has a sprinkling of everything. And with some of the best scenic drives you’ll ever find, there’s no reason why your next road trip shouldn’t be to Scotland! Pictured above is the ‘Old Man of Storr’, one of many bewildering photo ops during your cottage holiday in Scotland.

…too close not to go. So stop making excuses! At only 1 hour and 10 mins via plane from London, Scotland is a fantastic destination for anxious travellers looking for a cottage to rent in the UK and anyone else who would prefer to not be cooped up in the same seat for hours on end. Better still, if you fancy a road trip, just head across the border in your car. It couldn’t be easier.

3. The list of activities goes on and on, and on 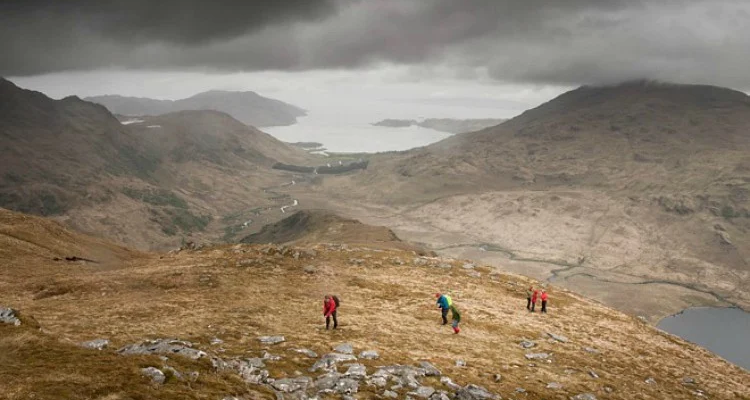 There are plenty of ways to explore Scotland; on foot, by bike, via boat and even on skis. In fact, many people don’t realise that you can ski in Scotland! So next time you’re thinking of going to the Alps – don’t bother, you can ski on your very own doorstep. There are also more leisurely sports which you can give a whirl, such as clay pigeon shooting, fishing and golfing.

Scotland is home to a plethora of different fauna. Deer, highland cows, otters, puffins, red squirrels, seals, whales and dolphins are all some of the native wildlife that is possible to see. And if you’re lucky enough during your cottage holiday in Scotland, you might catch a glimpse of the Scottish wildcat which is notoriously difficult to spot! 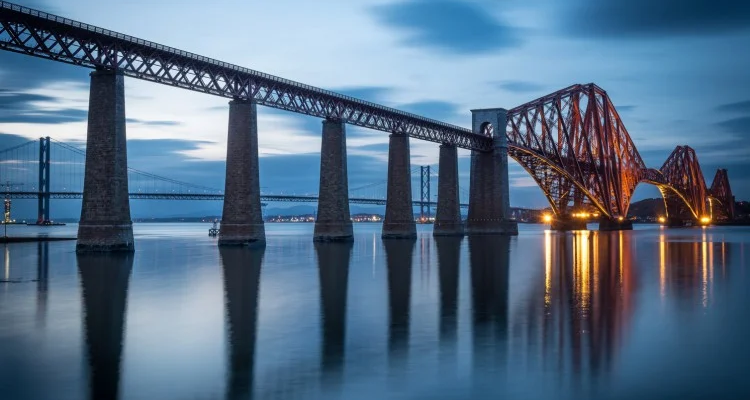 From Mackintosh’s Art Deco to Zaha Hadid, Scotland has a celebratory mix of architecture. In the cities, you’ll find modern developments, baronial buildings and striking gothic buildings. But venture out of the cities and find no end of lighthouses, ancient abbeys, exquisite churches and cathedrals, historical monuments, old ruins, castles and impressive bridges.

While we’re not able to guarantee good weather during your cottage holiday in Scotland, we can assure you that Scotland has an event for every taste! Dance the ceilidh and eat tatties with haggis on Burns Night, sing Auld Lang Syne when the clock strikes 12 at Hogmanay (NYE in English), discover emerging talent at the Edinburgh’s Fringe Festival, take part in a street party for St Andrews Day, or watch thousands of Santa Clauses running through the streets of Glasgow. We promise you’ll never get the chance to be bored. 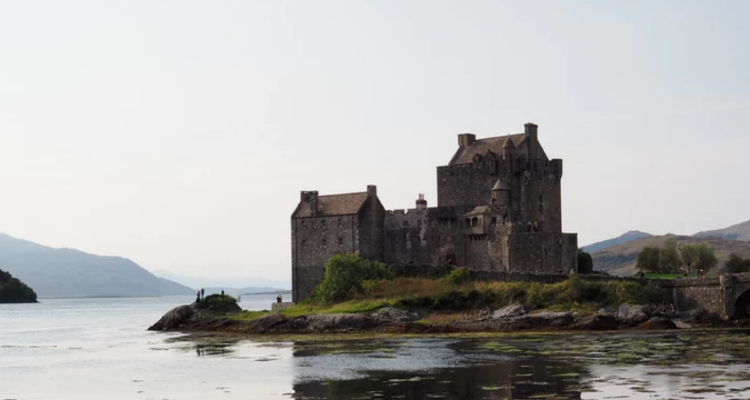 Coming in all shapes, sizes, styles and ages Scotland has a myriad of different castles. Our top recommendations are Dunrobin Castle, which will make you feel like you’ve escaped to France for the day. This chateau-style house is of Britain’s oldest inhabited houses dating back to the early 1300s.

Pictured above is Eilean Donan Castle which sits atop an island, with views stretching out towards the Isle of Skye.

There’s also the chance to discover the fairytale setting of (the very instagrammable) Craigievar Castle, which reportedly served as inspiration for Walt Disney’s Cinderella Castle.

Did you know that you can also rent a castle in Scotland? Stay in your very own regal property for the duration of your trip, and live like the King/Queen you are!

We’ve already mentioned the dramatic landscapes but there are plenty of hidden gems, bursting away with magic. For starters, there are the ethereal fairy pools on the Isle of Skye and the atmospheric Puck’s Glen, a short drive from Dunoon. Then a little further out of the Western Coast on the Isle of Staffa is Fingal’s Cave. This cave has a similar structure to the Giant’s Causeway and has served as a point of inspiration for authors and composers alike. It is definitely worth the journey.

Finally, if you are a fan of Harry Potter the Glenfinnan Viaduct will be instantly recognisable. Take the Jacobite Steam Train from Fort William which goes over the Viaduct and passes through some other famous Harry Potter filming locations! 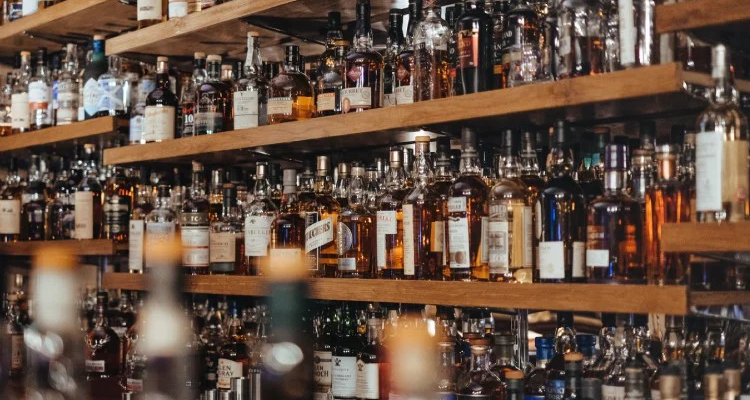 Alcoholic beverages certainly need their own position on our list because there is nothing the Scots do better than booze. Best known for their whisky, Scotland has over 100 distilleries in the five different whisky regions with their own distinct flavours. Make sure you fit in a visit to one of the distilleries, perfect for warming up on a grey afternoon. The Glenkinchie Distillery is seriously a must!

What many people don’t know is that Scotland also has a world reputation for its gin. It is responsible for over half the gin production in the United Kingdom! Who would have guessed eh?

Finally, we have to give a shout out to Scottish beers. With the recent rise in the popularity of craft beers, Scotland is now home to over 100 craft breweries. Back in 1970, there were only 11 breweries in the country! To sample the local flavours head to the Edinburgh Craft Beer Festival.

10. The Cities: Edinburgh vs Glasgow

You’ll have to decide which is your favourite city by visiting both! In the red corner, we have Edinburgh, the capital steeped in history. A history that is best unearthed visiting Edinburgh Castle or the Scottish National Gallery. Or if you prefer shopping, the city is home to some of the finest wool, cashmere and tartan in the world. Wallets at the ready!

And in the blue corner, we have Glasgow, which is overflowing with culture. If you don’t believe us, stop by the Kelvingrove Art Gallery and Museum which houses over 8000 objects. The city also has a wide range of incredible architecture, which includes the charming West End with its rows of cobbled streets and quaint shops.

Now that you’ve discovered the very best reasons to visit Scotland, have a look at our gorgeous cottages and holiday homes to complete the ultimate Scottish holiday.

If you need a little guidance, our concierge team will point you in the right direction! Check out our 7 Must-See Destinations in Scotland for some fun holiday ideas!