At this year’s Academy Awards, Paolo Sorrentino’s love letter to Rome, La Grande Bellezza, won the Oscar for Best Foreign Language Film. It’s a stunning movie, but we can’t help but dream of all the other incredible places to visit in Italy that are equally deserving of the title ‘The Grand Beauty’. So we did what we do best and put together a list of our top five lesser-known gems around the country to complement Paolo’s masterpiece. We feel that each of these places capture the heart and spirit of Italy perfectly, and couldn’t recommend them more to anyone with a holiday coming up. 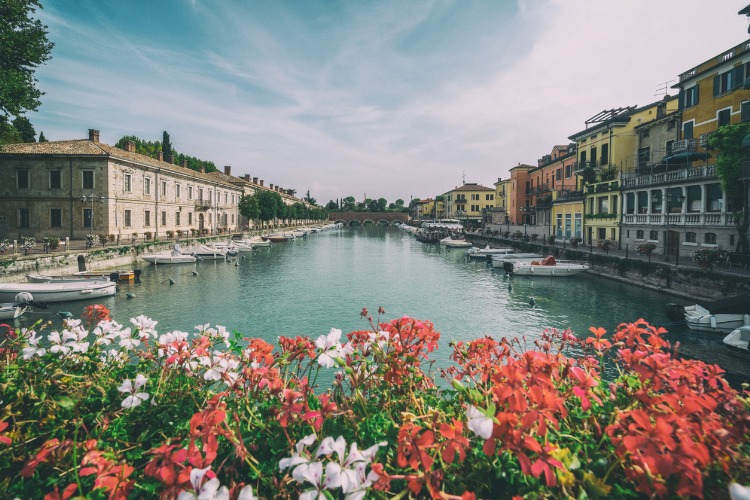 At the southernmost tip of Lake Garda, right at the mouth of the River Mincio, Peschiera sits enclosed by 16th-century walls. These walls speak of a time when Austria was in control of this area and the five-pointed fortress is a UNESCO World Heritage site. While entirely surrounded by water, you can climb the walls to gaze out across the town and lake to Monte Baldo and the peaks beyond. Only a few steps from these old military defence works, you’ll also find a variety of religious building attracting pilgrims by the thousands each year. The most prominent of these in the 16th-century Sanctuary of Madonna del Frassino (Our Lady of Ash).

As the town itself is a busy and popular site for tourists and local daytrippers, especially on the weekends, we recommend taking a few moments of peace in its surrounding natural beauty. The Laghetto del Frassino (little lake of Ash) and the Mincio valley are just a few examples of the unpolluted oases to be found here, well worth an afternoon or two of discovery. Between Peschiera and Sirmione you’ll also find a large beach where families can easily spend hours playing and relaxing.

If you’re lucky enough to time it well, you might come across Peschiera on the weekend in August when it is host to Palio delle Mura, a boat racing event in the fort’s moat. But any time of year you can visit the local market each Monday. Make sure yo pick up a bottle of Lugana, the local white wine, to end your day on a relaxing note. 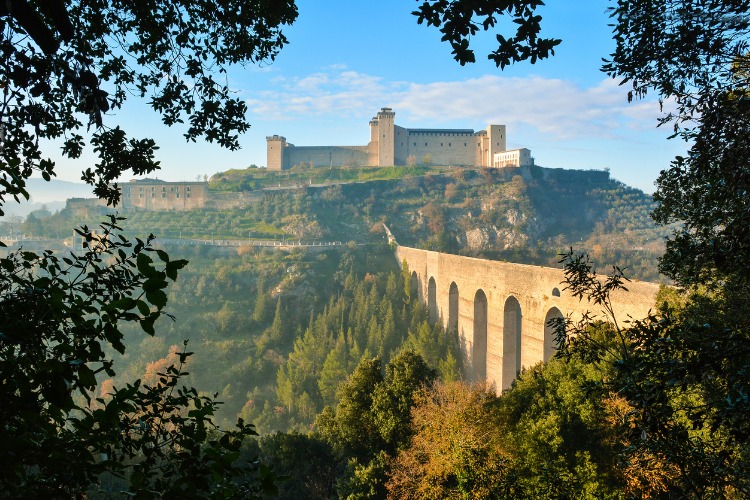 Surrounded by olive groves and vineyards, this ancient foothill city in rural Umbria is home to an impressive collection of imposing relics that give the town a classical grandeur. Particularly enchanting at sunrise, these historical sites include the ancient is the Roman amphitheatre dating back to 2AD. In fact, its one of the few traces of the city’s Roman heritage which is still visible in the medieval town centre. Centuries later, in the 12th century, the Spoleto cathedral with its famous mosaic portico would rise and have its interiors decorated by Filippo Lippi, and even later the iconic Ponte delle Torri aqueduct and the hilltop fortress known as Rocca Albornoziana. And these are only a few of the city’s many landmarks.

This architectural gem, backed by the snow-capped Apennines, is unusually stunning and calls for scouting out the best viewpoints. High up in the Torre dell’ Ollio you’ll be able to take in most of the city’s grandeur, but if you’re already on a tour of Spoleto’s many churches, make sure to visit the Church of St. Peter. Not only does it boast an extraordinary bas-relief on its facade, but from its front lawns, visitors can revel in the wide panoramic views of the town reaching all the way to the iconic Bridge of the Towers.

On a less ancient note, the town of Spoleto is most famous these days for the annual Festival dei Due Mondi, an international celebration of music, opera, theatre and dance. It is well known as one of the most important cultural events in all of Italy. 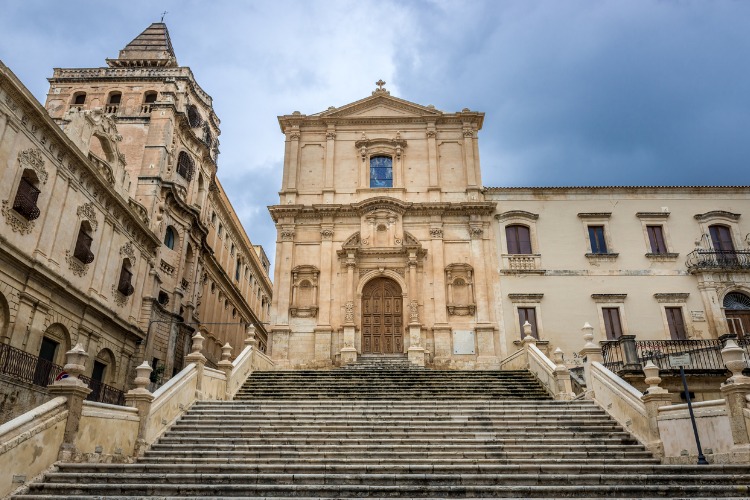 Destroyed by an earthquake in 1693, Noto was completely rebuilt on a new site ten kilometres from the old centre. The new Noto is the epitome of Baroque town planning, enriched with Renaissance and neoclassical pseudo-Spanish elements that combine to create a dreamlike town. The local limestone used to construct the new town seemingly absorbs the suns rays and gives them a soft golden glow at sunset. In a town made up of architectural masterpieces, it is a sight like no other. The city centre is linear and perfectly proportioned to provide myriad panoramas. It was originally divided into three parts by the three main toads (running from east to west with the sun), with the nobility living at the top, the clergy in the middle and the masses at the bottom.

Even if you’ve only got half a day to spend in Noto, the trip is still worth it. Walking along its main roads which are beautifully flanked by seemingly endless baroque churches and monuments, won’t take more than an afternoon. All of the churches in town (and there are a lot) are open to the public, and several of the larger ones even offer guided tours. If you decide to only visit one, make it the Cathedral of San Nicolò, and you can tick off another of UNESCO’s world heritage assets from your list.

Noto is one of those unspoilt, sun-drenched corners of Italy you thought only existed in your wildest travel-dreams. It’s cultural, the food is amazing, and there are even amazing beaches nearby (some of the best in all of Italy). Noto isn’t like other European cities during the summer. It’s got all the culture and history you’d want from a trip to Rome while maintaining the small-town charm of Cinque Terre. Every May the town even has a summer festival, the Infiorata, when artists use flower petals to covers the roads in a colourful mosaic. Each year the theme of this exhibition is dedicated to a different country. A truly unique sight to see! 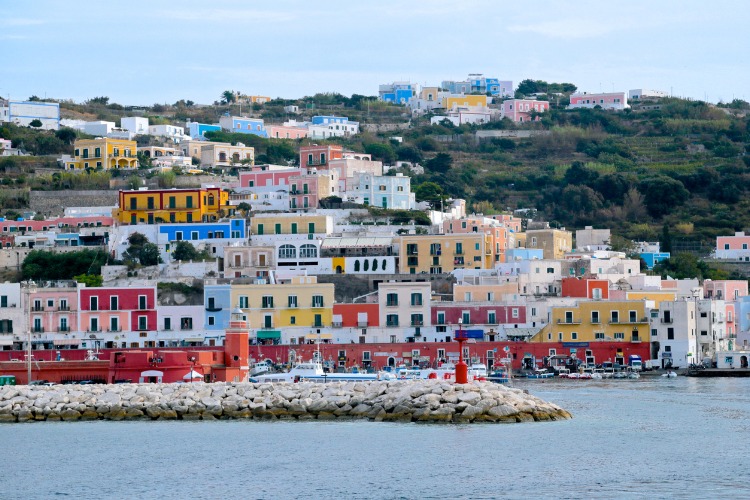 Ponza is the largest of the Pontine islands, a tuff rock formations rising steeply out of the Tyrrhenian Sea south of Rome. It is an under-the-radar and wonderfully stuck in time location known as the island where real Romans go on holiday. There is just one main road in Ponza (and barely any cars), connected to the cliff-clinging harbour by narrow staircases and passageways. The city appears to be ever climbing upwards. Much of the island is un-reachable and best left to observe from the sea. From the little boats which visitors rent en-masse to explore the Ponza coastline, you’ll be able to enjoy the blue caves, serene coves and salt-sprayed cliffs surrounded by the most spectacular turquoise waters you’ve ever seen. Anchor in one of the endless coves (some busier than others) and spend the day diving, eating and lounging on your little vessel. Rest assured, an ice-cream boat will come your way.

On land, Ponza life moves slowly. Walking through the white-washed streets lines by pink and blue houses you can wander west for more peaceful views, or enjoy some of the best daily-cath you’ll ever have at one of the family-run restaurants. For an insight into Ponza culture, pop into the homemade Museo Etnografico located in Via Frontone inside a cave. As far as nightlife goes, dinner and drinks are repeated until everyone is ready for bed.

The real charm of Ponza is how unspoilt it is. Life is simple, far-removed from the party culture of more famous Med-hotspots. It’s a reprieve from fastpaced life, with little shopping and where few languages are spoken besides a beautiful old-school Italian. 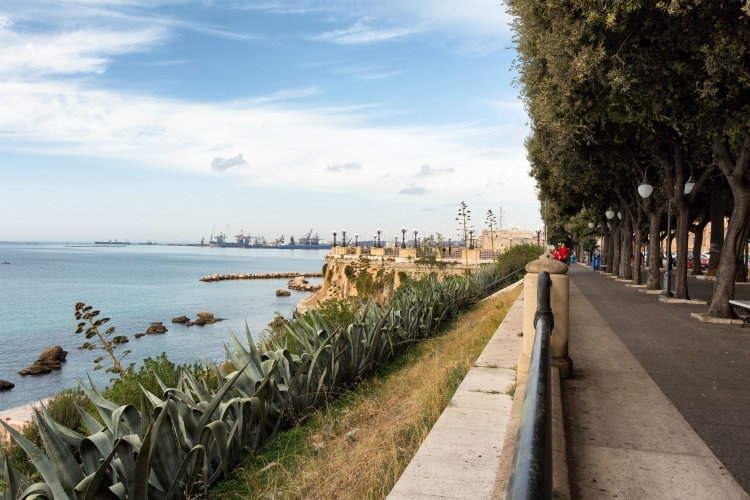 Dividing the Ionian sea where Mark Grande and Mar Piccolo meet, is the City of Two Seas, also known as Taranto. The city is divided into Old and New Taranto. In the former, located on an island and linked to the mainland by the famous Swing Bridge, you will find Medieval landmarks, maze-like alleyways and the voices of fishermen echoing off the walls. This charming part of town is full of hidden gems and usually soundtracked by the local Music Conservatory. On the other hand, New Taranto is a formal grid bursting with modernity and commerce, its naval port home to warships and submarines.

The 15th century Aragon Castle guards the old Taranto port. It is a magnificent sight in the evenings when the swing-bridge closes and the twinkling lights come on. Built in the 15th Century, the castle is now open to visitors and a very popular tourist attraction. Just by it, you can gaze over the beautiful canal where the Navy’s fleet pass under the Swing Bridge and locals wave and cheer on sailors as they return home. In the heart of the old town, you’ll also find the Cattedrale di San Cataldo, with its baroque facade and contrastingly Byzantine dome. On the other side of the canal, you can visit the National Archeological Museum which thanks to the Greek and Roman history of the region has one of the richest Magna Graecia collections in Italy.

The area surrounding Taranto is wild and stunning, with sandy beaches and deep blue seas. The region is rich with wonderful Italian cuisine, always made with quality ingredients and ancient tradition. Cooking is a passion of the Taranto locals, and there are many dedicated travel routes in the area for discovering authentic flavours of wine and olive oils which will linger in memory for years after your visit.

We hope you’ve found some great places to add to your Italy bucket-list and are feeling ready to book your holiday! Check out our portfolio of luxury holiday villas in Italy that will all make the perfect base for your adventures. If you need any help along the way, our concierge team are happy to help.