These small rural communities supply the coast’s fancy restaurants with some of the world’s finest ingredients. From the wild asparagus and rich white truffles which adorn their menus, to the unmistakable smell of roasting chestnuts which waft around the region in winter. It’s Istria’s heady mix of world-class gastronomy, rich history and superb scenery which make it one of our favourite destinations for year-round adventures.

When to visit Istria

Like a lot of destinations in Europe, the best time to visit is just outside of the peak summer months. Aim to visit Istria in June or September – where the average temperature is between 24° and 26°, the evenings are balmy, and the tourists are back at home (or at least, a lot of them are). But if you don’t mind the tourists, you enjoy lying by the pool soaking up the sun – and let’s be real here, the only time the kids can go on holiday is in those busy summer months – then you’ve got to visit between July and August. It’s 29° on average, and it’s still just as beautiful. 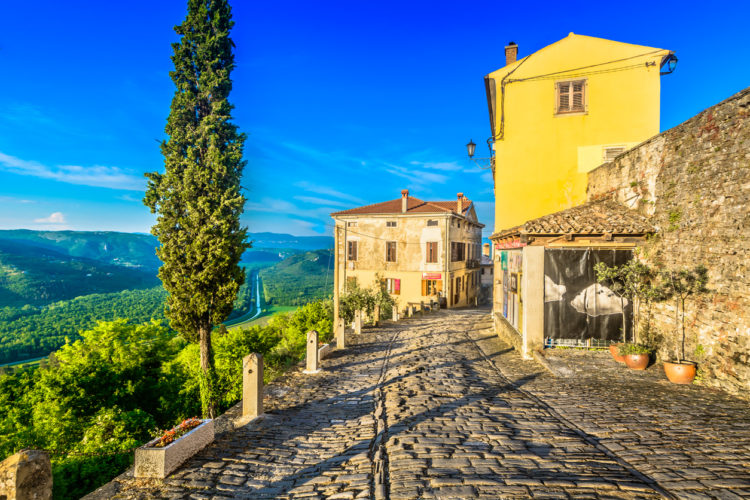 In summer, British Airways, easyJet and Ryanair (plus a handful of other airlines) run regular flights between the UK and Pula Airport. If you haven’t arranged car hire from Pula, you can catch a taxi or bus to the main coastal resorts.

Trieste and Venice are also relatively close, and make good alternative airports out of season, with buses connecting them to Pula and some Istrian resorts. It’s also possible to travel from Venice to Istria’s main coastal resorts by ferry from April – October with Venezia Lines 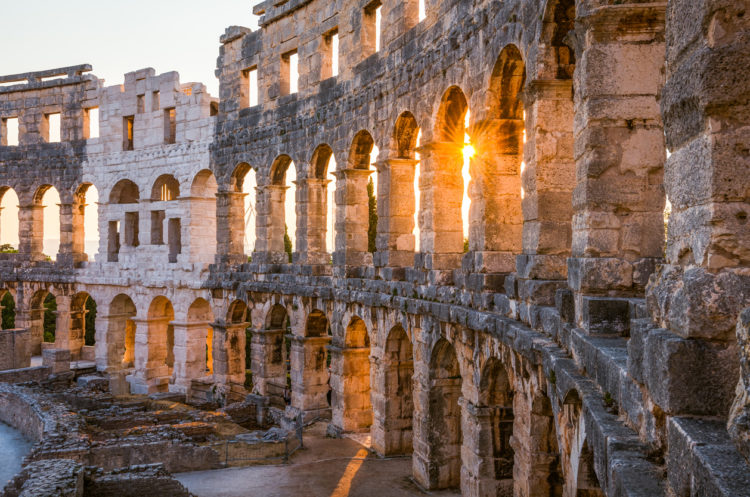 The crumbling ruins of the Roman Coliseum in Pula

Istria’s history is complex and bloody. History buffs will appreciate the Roman legacy, particularly visible in Pula, one of the best towns in Istria for sightseeing. The city’s impressively preserved 1st-Century amphitheatre, The Arena, is a must-see. The main square and the port also feature Roman temples and glorious arches. Many of the region’s smaller towns house splendid churches; Poreč’s 6th-Century basilica is our favourite, showcasing Byzantine architecture and a mosaic-covered apse.

Inland, Istria is Croatia’s pantry, and visitors are spoilt for choice when it comes to authentic Istrian food, with forests hiding highly sought-after white truffles, olive groves carpeting its slopes and rural farms producing superb cured meats. Undulating hills, a moderate and balmy climate have also helped the region scoop plenty of international wine awards in recent years. Our Istrian wineries and food guide reveal some of the best vineyards Istria has to offer, as well as alternative spots to sample the best Istrian wines.

Locals love a festival, celebrating everything from food and wine to art, film and dance. And as summer descends on Istria, so do the world’s best DJs. Pula’s 19th-Century defence fortress, Fort Punta Christo, is the top venue for big gigs and music events, but it’s local food festivals which dominate Istria’s calendar – honouring everything from wild asparagus and olive oil to chestnuts and those famous Istrian truffles.

Many of the best Istrian beaches are actually pebbly coves or rocky bathing areas. The lack of sand is a big bonus for snorkellers, providing crystal clear waters. However, if you’re after a sandy beach, Istria has a handful to choose from – one of the most popular is well-equipped Bijeca, near family-friendly Medulin. 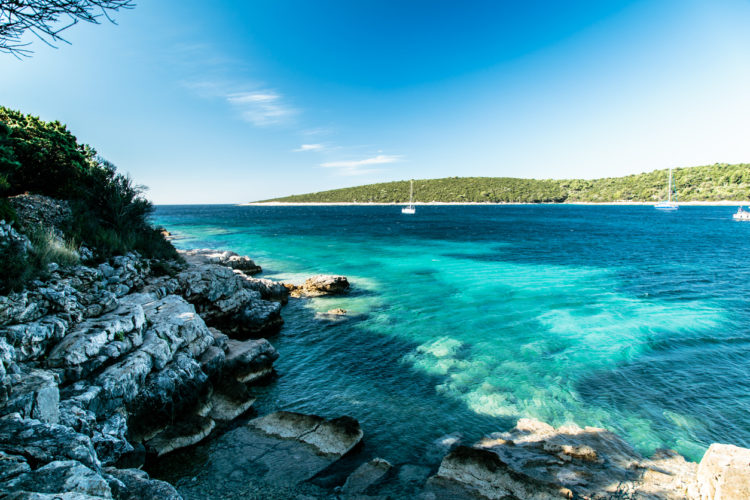 One of the many azure bays on Istria’s coastline 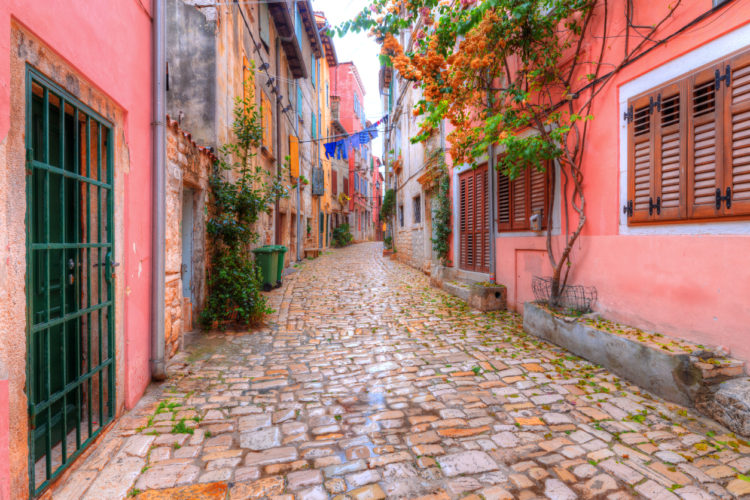 The pastel-hued streets of Rovinj