Did you know that the UK has around 3,000 lost settlements, commonly referred to as deserted medieval villages (DMVs)? Packed full of history and surrounded by folklore and legend, these UK ghost towns are a great addition to your cottage holiday.

Explore church ruins, faded foundations, and discover more about the local area in these communities lost to the past. Whether ravaged by the sea or decimated by poverty, one thing is for sure – these top UK ghost towns serve as a chilling reminder that nothing is forever… 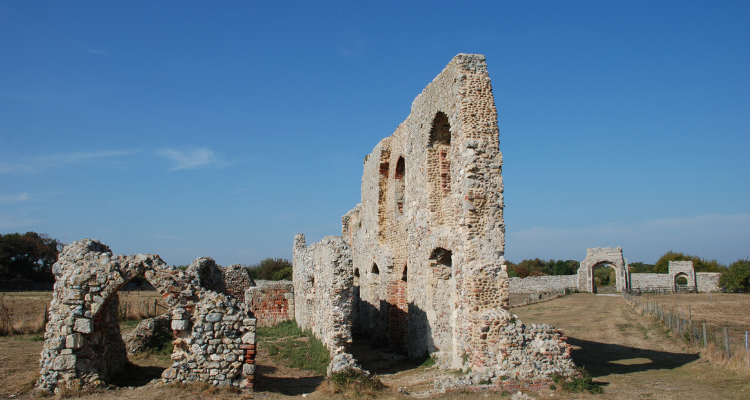 Dubbed Suffolk’s answer to the lost city of Atlantis, Dunwich is a tiny village with a big story. The area was once a thriving medieval port and regarded as the capital of the kingdom of East Anglia. However, years of storm surges and coastal erosion soon washed away many of the harbour buildings and land.

In recent years, technology has allowed for sonar mapping of Dunwich’s underwater streets and buildings. Local legend goes that, during storms, you can hear the bells of the lost churches chiming from below the waves…

Where to stay: Dunwich Cottage 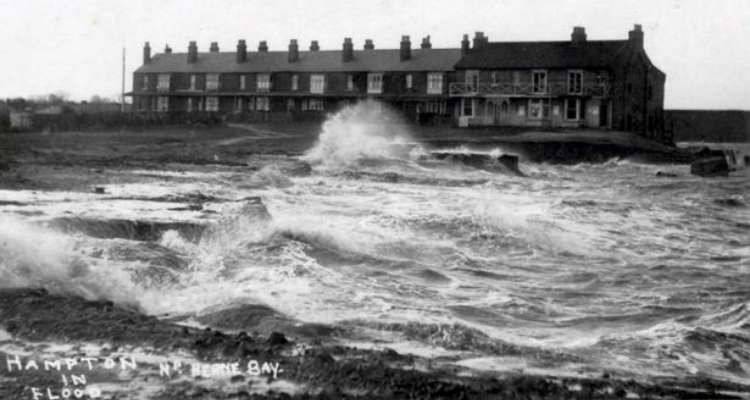 Another UK ghost town that has been lost to the unforgiving sea, Hampton-on-Sea has been underwater just off the Kent coast for nearly 100 years. Following a boom in the local oyster business, this strip of land was initially used as housing for the workers and their families.

Over the years, many plans were drawn up to reinvent the area of Hampton-on-Sea as commerce changed and new trends emerged, yet none would withstand the ongoing coastal erosion of the north Kent coast.

Gradually the elements of town – including sections of the famed pier – we removed or destroyed. Nowadays, The Hampton Inn serves as a reminder of a settlement that once was, facing out towards the sea that ravaged the community.

Where to stay: Foreland Beach House 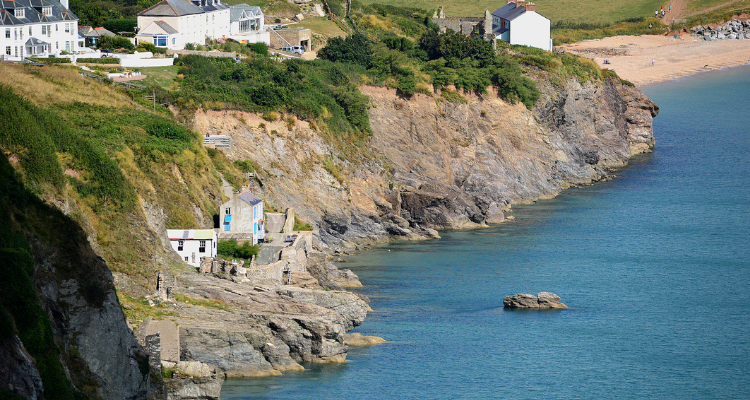 The fishing village of Hallsands in Devon can actually pinpoint the moment it ceased to exist. During the night of 26th January 1917, a combination of wicked easterly gales and high tides breached the villages’ defences and Hallsands dropped off into the sea!

Remarkably, no one was hurt. The population had gradually been declining over the years, after being founded in 1600 and booming in the 18th and 19th centuries thanks to the fishing community.

After the 27th, one house did continue to stand. Stubborn owner Elizabeth Prettyjohn lived there (with her chickens) until her death in 1964, acting as a guide to visitors who wanted to learn more about the village that was taken by the sea.

Where to stay: Landscove Barns 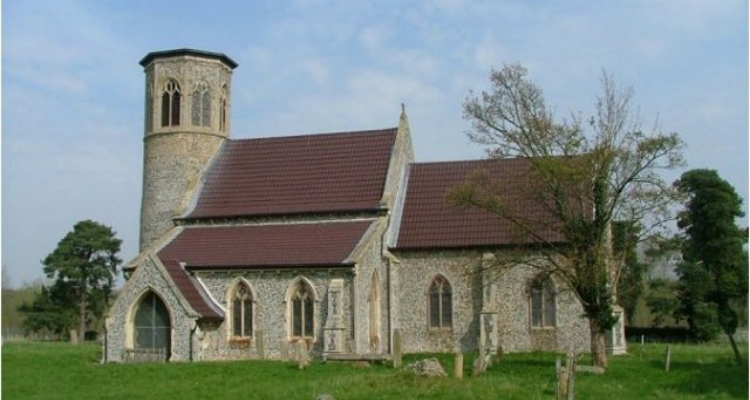 The deserted village of Stanford is a UK ghost town that still has an important use today. Taken over by the British Army during the Second World War, the area in Norfolk was and still is an infantry training ground.

To protect the parish church of All Saints, blast-proof sheeting has been fitted to protect the structure, while wire fencing surrounds the graveyard too.

Where to stay: Meadow Manor 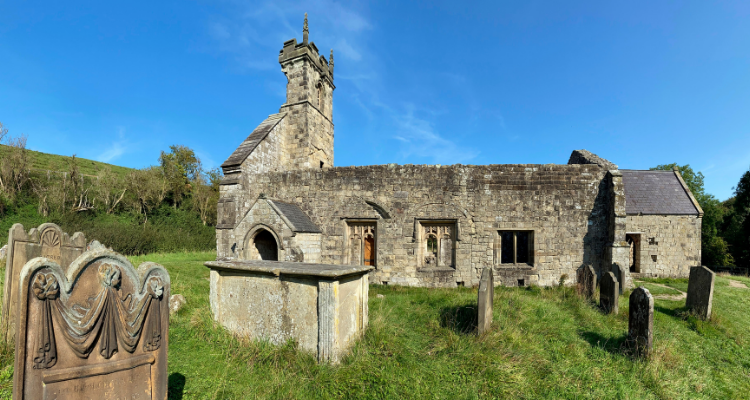 Wharram Percy has a long and rich history, enjoying a beautiful location on the side of a remote valley in the Yorkshire Wolds.

One of the best known UK ghost towns, Wharram Percy is thought to have been founded in the 9th or 10th century and was occupied for around 600 years. The noble Percy family lent their name to it during the 12th and 13th centuries, but by 1600 the village was almost deserted.

Nowadays, the ruined church is the last standing medieval building, surrounded by grassed over foundations of two manor houses and around 40 peasant buildings and their outbuildings. Intensive research still takes place at the site, in an attempt to discover more about the village’s past.

Where to stay: Emley Woodhouse 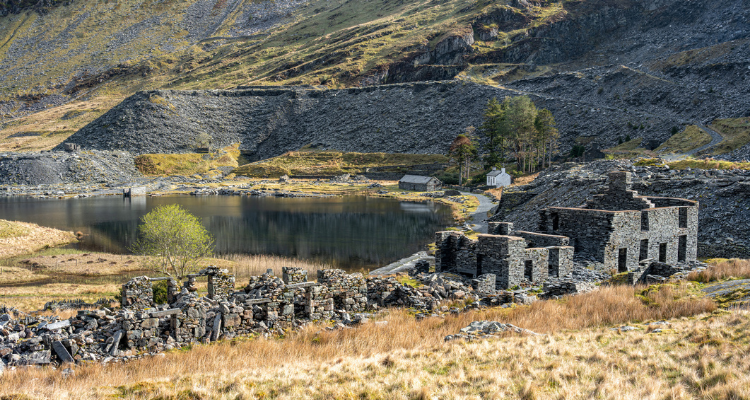 Spend an afternoon wandering around Cwmorthin in north Wales and experience a snippet of life in the dangerous quarry. The abandoned buildings tucked between valleys were once part of the slate quarry, which began work in 1810 and carried on right up until 1997. Despite this, only 10% of the slate made it out of the quarry, the rest of which can still be seen today.

Cwmorthin Slate Quarry also has a sad past; many deaths occurred as a result of the work, with 21 deaths out of a workforce of 550 between 1875 and 1893 alone. This gave the quarry the chilling nickname of “The Slaughterhouse”.

Where to stay: Tanat Valley Farmhouse 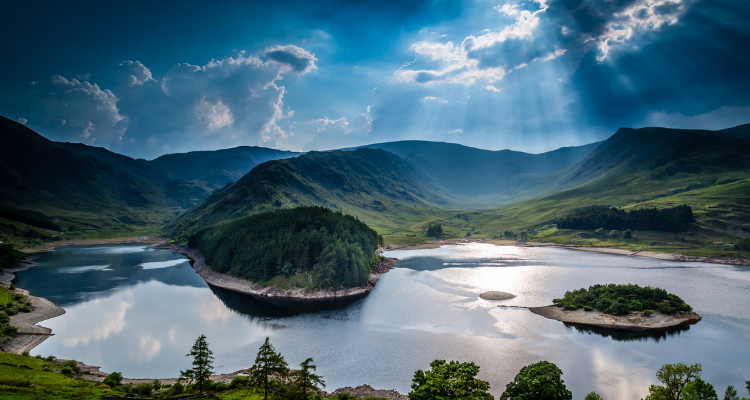 Did you know about the sunken village in the Lake District? Underneath the picturesque surroundings lies a haunting story, the tale of Mardale Green.

Now known as Haweswater Reservoir, the village was submerged underwater back in 1935, as the reservoir was needed to supply water to Manchester. Many visitors to the area may not even be aware they are hiking around a former settlement – the calming waters are an easy disguise.

Visit during the summer months or during extreme drought, and you may even be able to spot remnants of the village. The 17th-century bridge and the rough outline of the streets are the only recognisable features of the reservoir’s former life.

Where to stay: Derwent Garden Estate 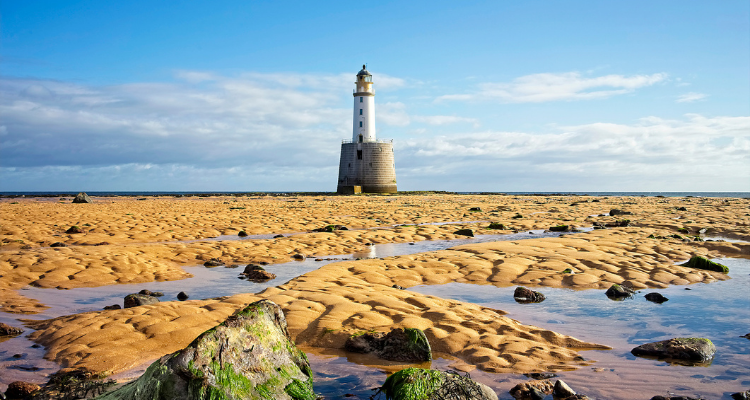 Head to one of the most isolated and wildest parts of the Aberdeenshire coast for this next UK ghost town. Rattray was a burgh in Scotland that had been settled as far back as 4,000 BC. Mary Queen of Scots named it a Royal Burgh in 1563 to settle land disputes between two opposing Earls, however, it sadly never fully recovered from a storm in the 18th century.

The ruined St Mary’s Chapel can still be seen, but much of the village was covered in sand from the dunes at nearby Rattray Head, a stunning Yorkshire beach.

Where to stay: Cammachmore House 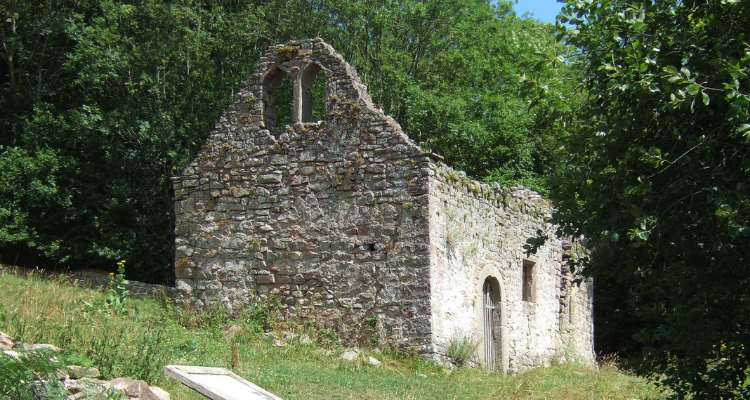 The Cotswolds are home to a number of beautiful (undeserted) villages, but it’s this UK ghost town that’s caught our attention here. Lancuat lies just outside of Chepstow and not much can be seen of the village today, aside from the ruined church of St James.

A lot has happened in the village during its lifetime, all shrouded behind a veil of local legend. St James’ Church has been connected to Cistercian monks, a leper colony, and the church arch dates all the back to the 12th century.

Planning a walking holiday in the Cotswolds? Many hiking trails pass through Lancuat that are perfect for experiencing the varied history firsthand.

Where to stay: Cotswold Farmhouse 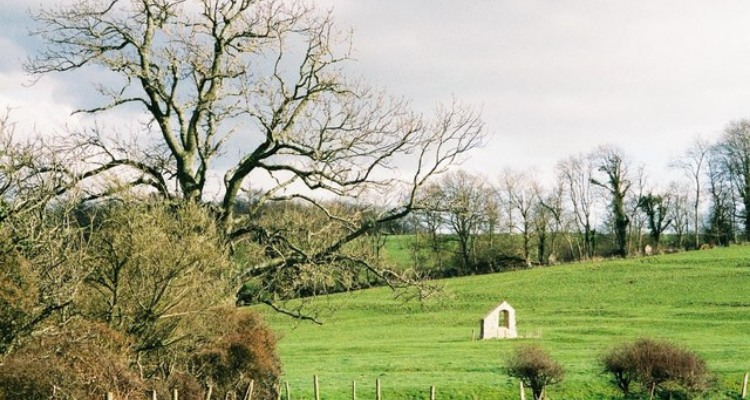 First recorded way back in 1397, Winterbourne Farringdon in Dorset has never been a very large settlement – in 1428 it only recorded 10 residents!

Despite this, the ruins are well preserved and good fun to explore. St German’s Church, a grade II listed building, contains a window dating all the way back to the 14th century. Sadly Winterborne Farringdon is thought to have suffered a period of poverty during the 14th and 15th centuries, and by 1773 it was noted that the village had been depopulated for some time.

Where to stay: Ope Lodge

Not far from Brighton, Balsdean has suffered the same fate as many of the UK ghost towns on this list. The hamlet has been on record since 1100, and was once home to a thriving manor house and later a ‘lunatic asylum’. In 1939, it was taken over by the Ministry of Defence and used for firing practice.

The village was evacuated and destroyed during the Second World War, meaning that little remains from Balsdean’s former life, save a handful of scattered foundations.

Nevertheless, a walk around this area boasts sweeping views of the Sussex countryside, which can be easily accomplished during your cottage holiday in Sussex.

Where to stay: Snow Goose

So there you have it – the best UK ghost towns (and where to stay nearby!)

Ready to experience your own chilling adventure? Our knowledgeable Oliver’s Travels concierge team are on hand to help plan your cottage holiday in the UK. Whether you’re looking for romantic remote escapes or family-friendly beachside breaks, our holiday homes to rent will be just what you’re after.