Contrary to popular destinations like Mallorca, Costa del Sol and Costa Brava, Northern Spain is a largely untapped area when it comes to villa holidays in Spain. Lower crowds mean you have a better chance of immersing yourself in typical local life, and a big part of that is sampling some traditional Spanish cuisine.  So, whether you consider yourself an avid foodie looking to conquer another culinary corner of Europe, or you’re hoping to make the most of your villa holiday in Northern Spain, here are the best foods to try in Northern Spain on your next visit. 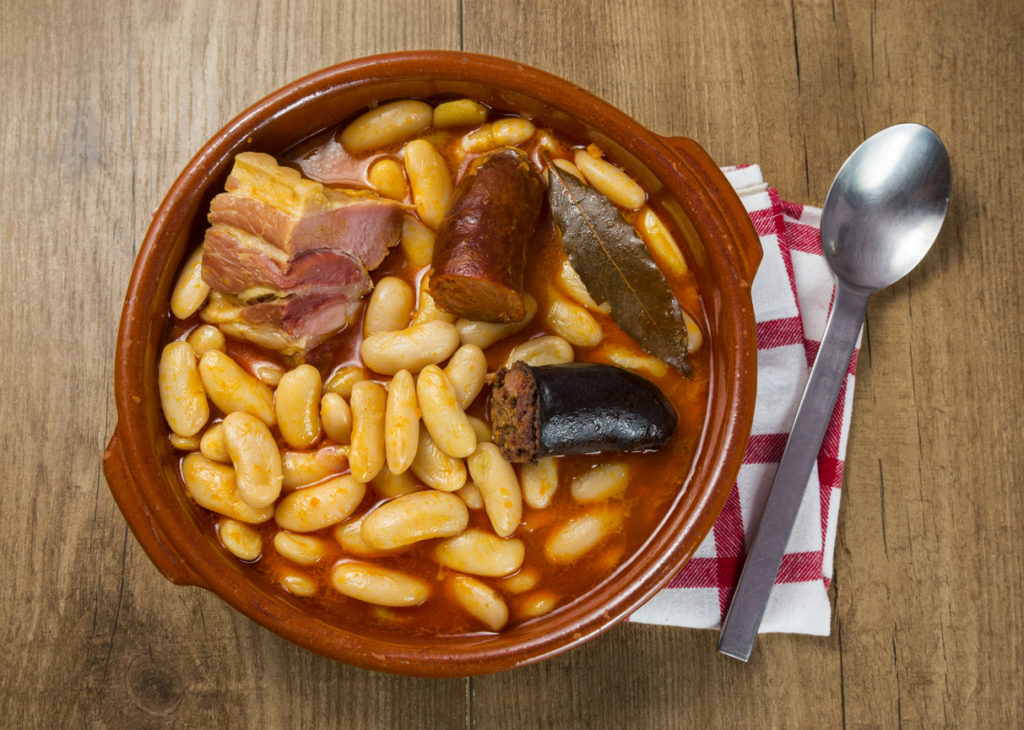 The signature dish of Asturias, this stew is prepared using faba beans, bacon, chorizo sausage and morcilla black pudding. Sounds unusual, right? But locals swear by the comforting combination, which is cooked in a casserole dish before being served with even more bacon and chorizo on the side. Vegetarians – look away! 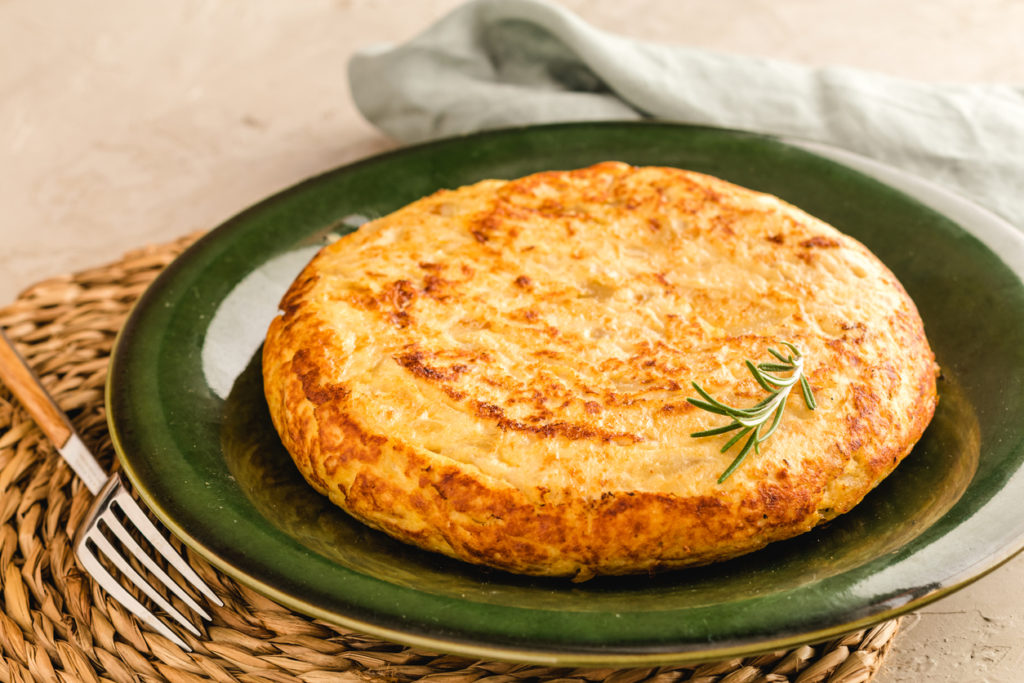 Tortilla de patatas (or Spanish omelettes) are found throughout the country, typically made using potato and onion, and served room temperature. However, in this part of Spain, you may actually find your tortilla served inside a rustic baguette. Known as a bocadillo de tortilla, it makes for the perfect on-the-go lunch or snack, and sometimes comes enhanced with olive oil or tomato sauce. 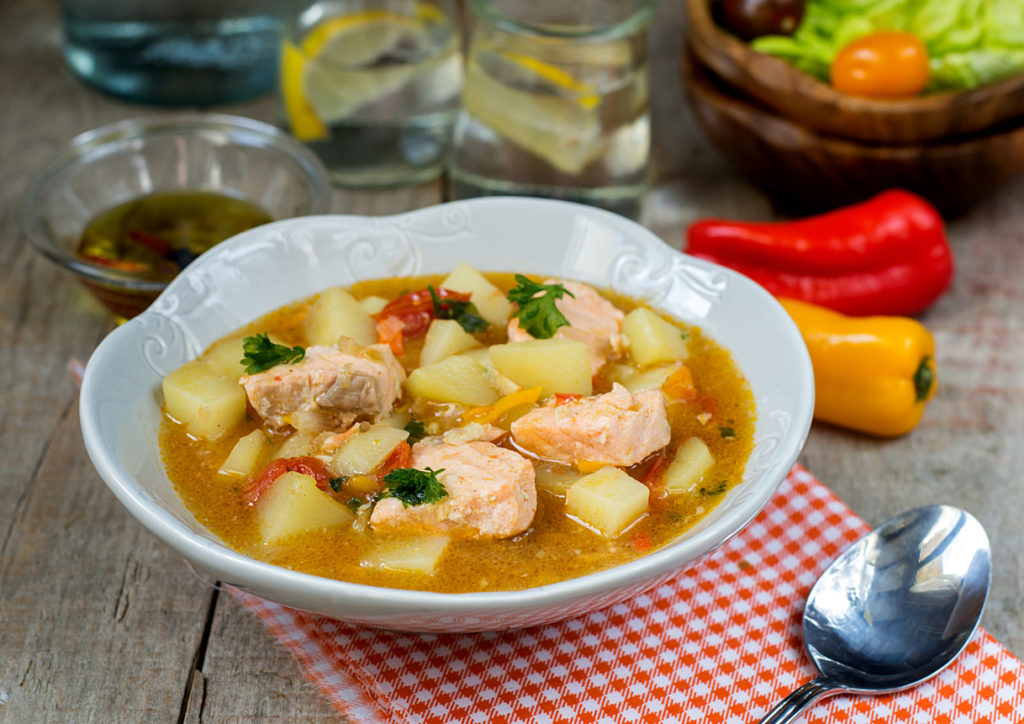 On paper, a tuna and potato stew may not sound like something you’d want to sample on holiday, but trust us – it’s as warming as it is weird! Marmitako translates to mean “from the pot”, which is how the dish is prepared, but it used to be whipped up on fishing boats – the fish doesn’t get fresher than that!

The secret ingredient that brings everything together is choricero peppers – this stew isn’t complete with them. 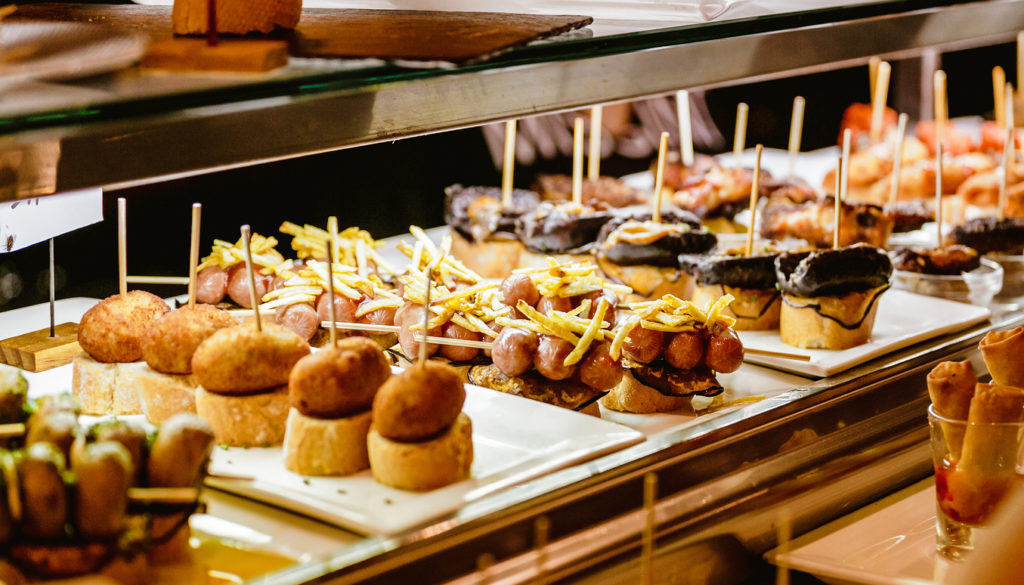 Looking to weigh in on the tapas trade, the Basque Country serves up pintxos – bite-sized pieces of bread topped with everything from cured meats and fresh seafood to locally grown vegetables. It literally translates to mean “spike”, which makes sense why they’re held together via toothpick.

Head to a dedicated pintxos bar, order a whole selection with a glass of wine, and enjoy! 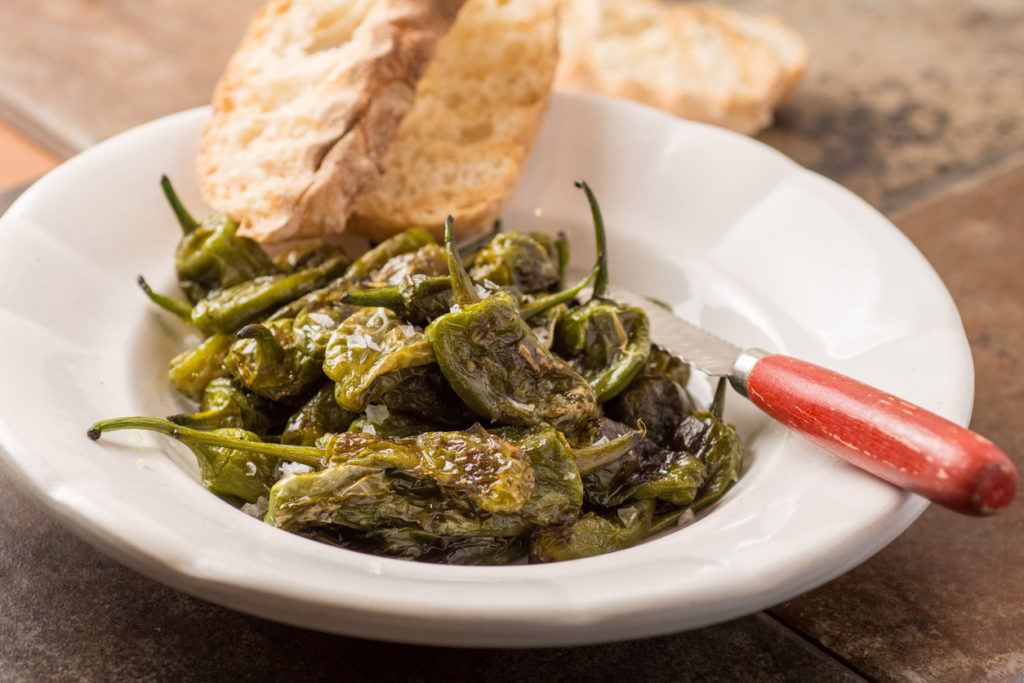 Looking for a little bar snack before dinner? These peppers are sourced from Padrón in the Galicia region, blistered and then topped with flakes of salt. Simply delicious and endlessly moreish, they’re mostly mild but you’ll occasionally find a spicy one in your bunch – so be warned! 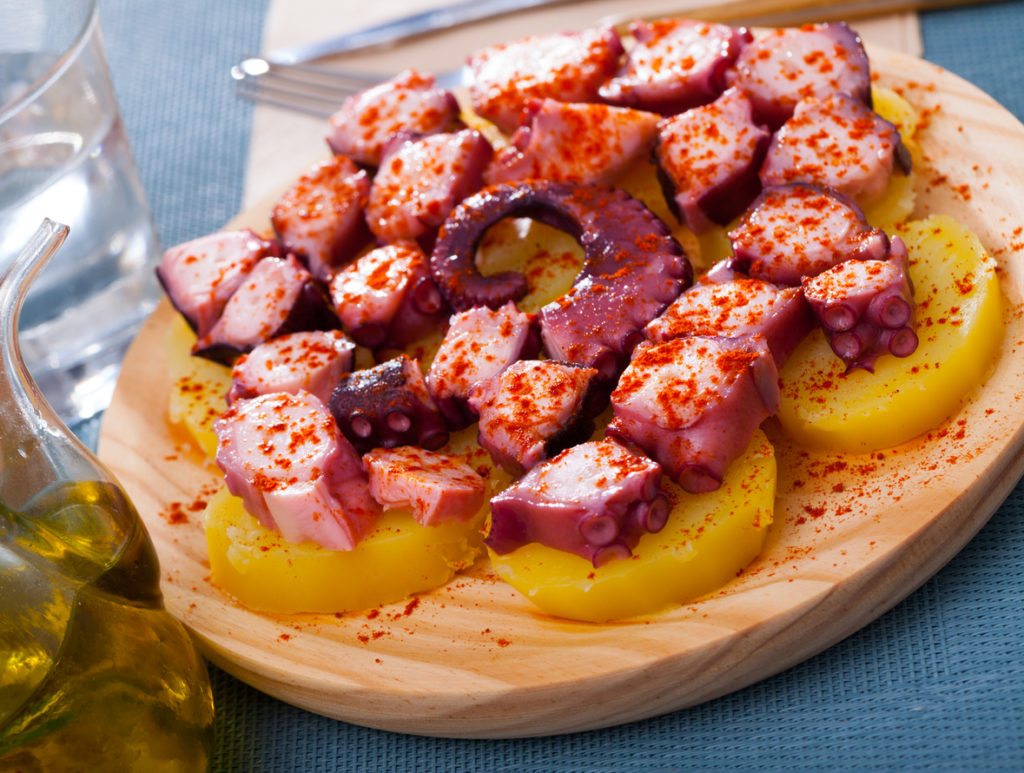 Galicia is known for producing excellent octopus, and you’ll even find dedicated pulperías throughout the region. Pulpo a la gallega is a mainstay on every menu, which sees Galician octopus boiled before the tentacles are chopped up into small chunks and generously seasoned with sea salt, paprika and, of course, olive oil.

The fish is obviously the star of the show here, so it’s typically served with only boiled cachelon potatoes and bread. 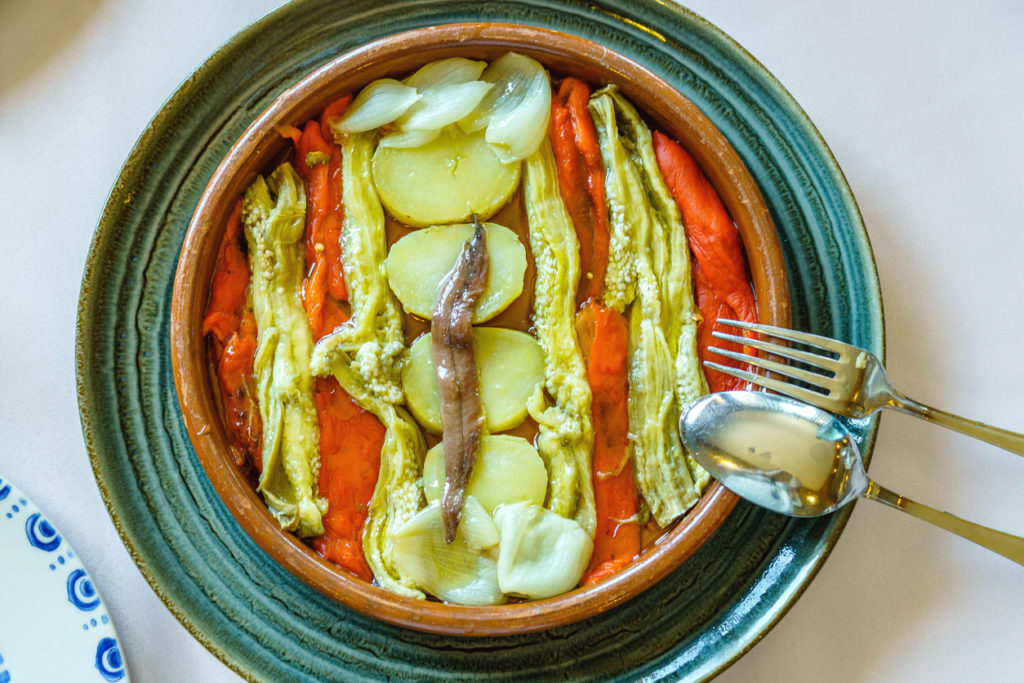 There’s certainly a lot of meaty dishes on this list – and across the region – but there are plenty of options to keep the meat-free happy too. Escalivada is named after the Catalan word escalivar, which means “to cook in ashes”. It involves smoking various Mediterranean vegetables like peppers and aubergine in the embers of a wood fire. Once charred, the flesh is then removed and served with bread, olives – or more meat. 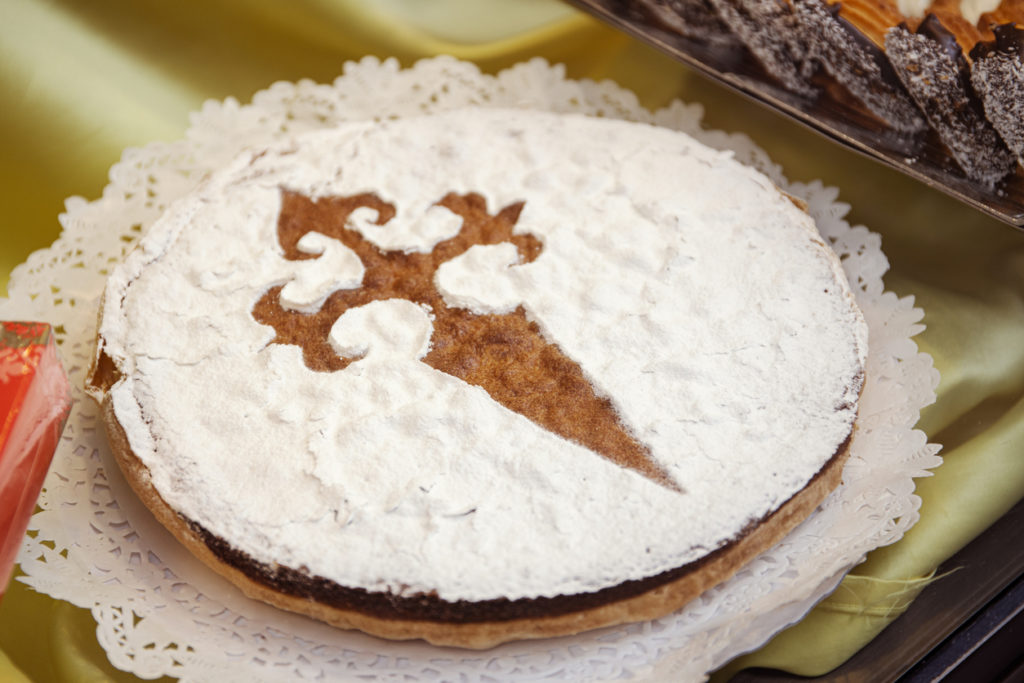 And after all that, it’s time for something sweet! This traditional tart dates back to the 19th century and beyond, and is made using almonds, egg, lemon and sugar. The finishing touch is an image of St. James’ Cross, applied via stencil and icing sugar to honour the apostle St. James. It’s traditionally eaten in the summer months, so visit in July and August to make sure you can grab a slice!

So, now that you’ve been tempted by all the best foods to try in Northern Spain, why not take a look at our luxury villas in Northern Spain? From holiday homes near the beach, to villas that are perfect for families, we’ve got something for everyone at Oliver’s Travels. And if you need a little more guidance, contact our concierge team and they’ll help to find the best place for you!