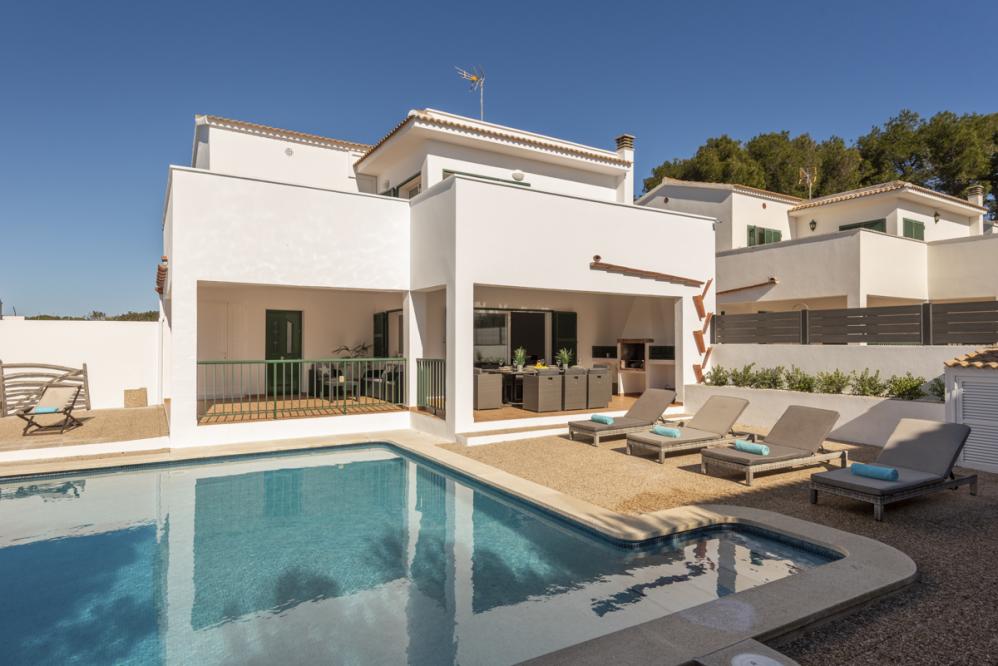 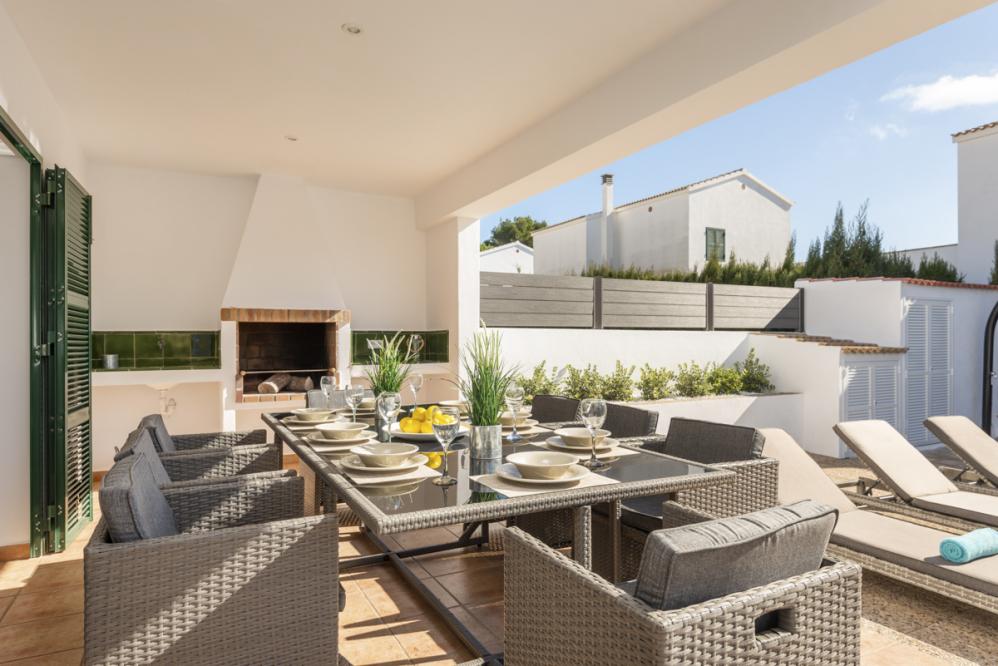 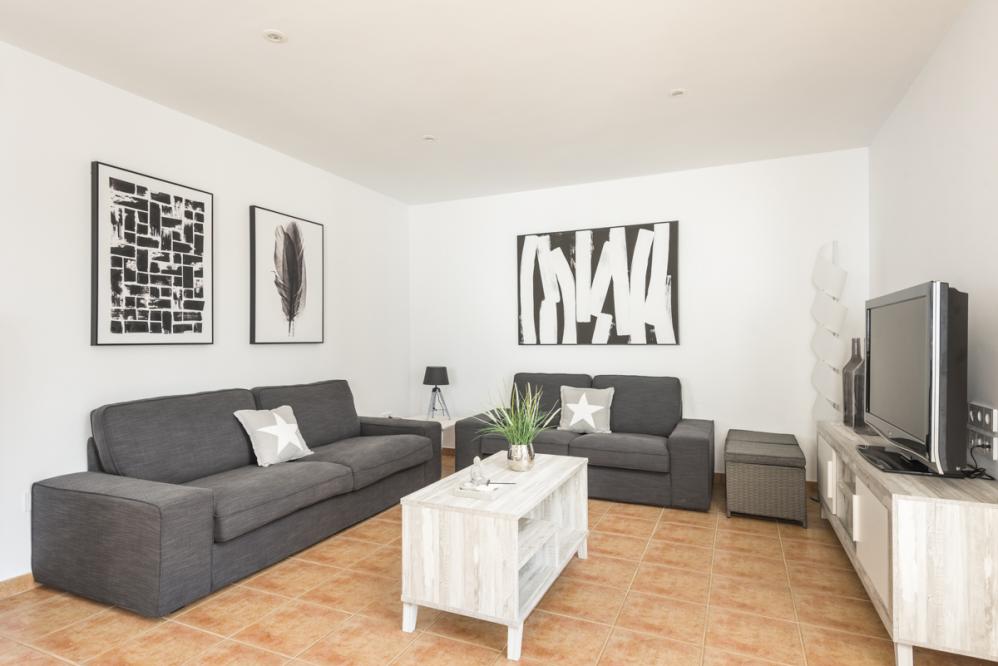 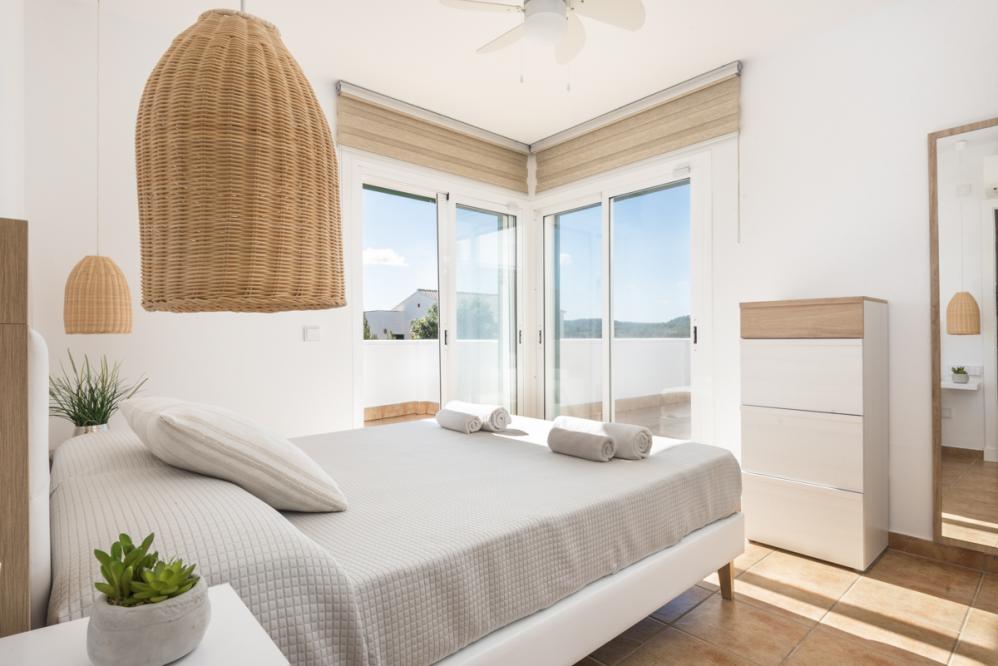 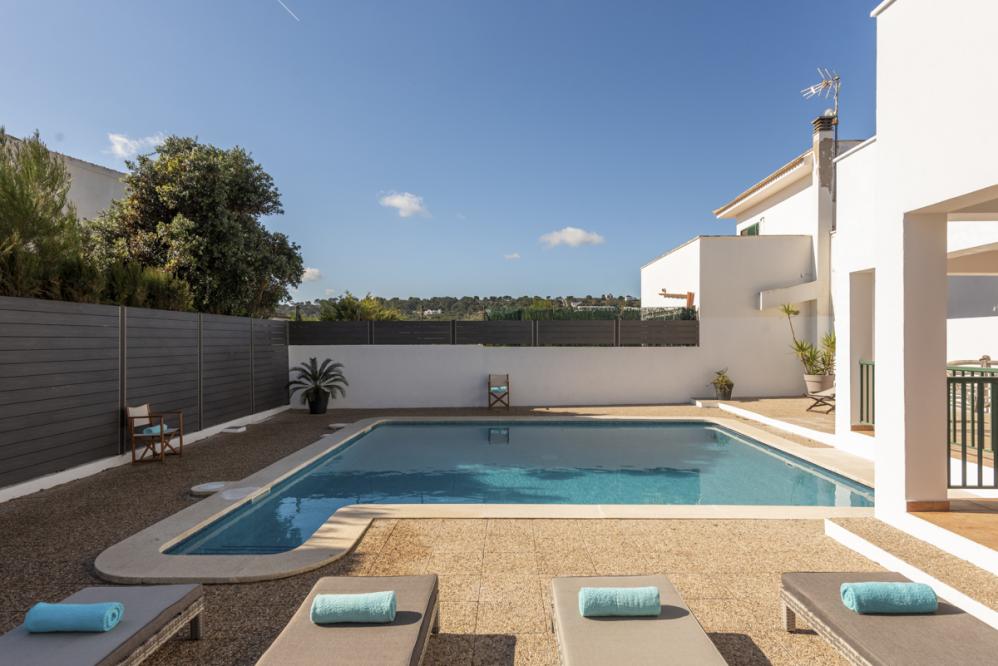 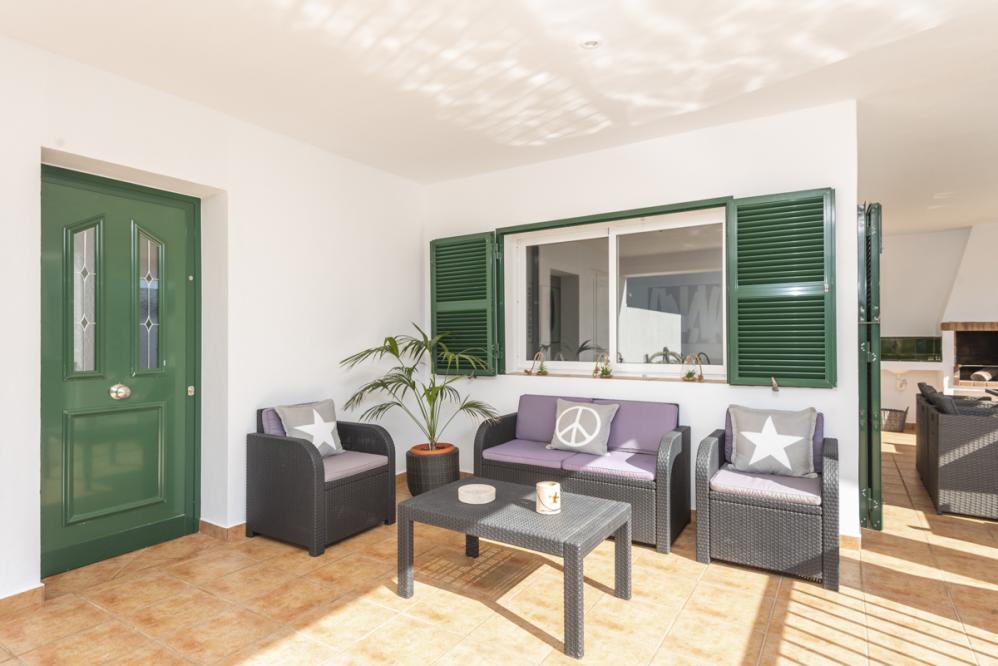 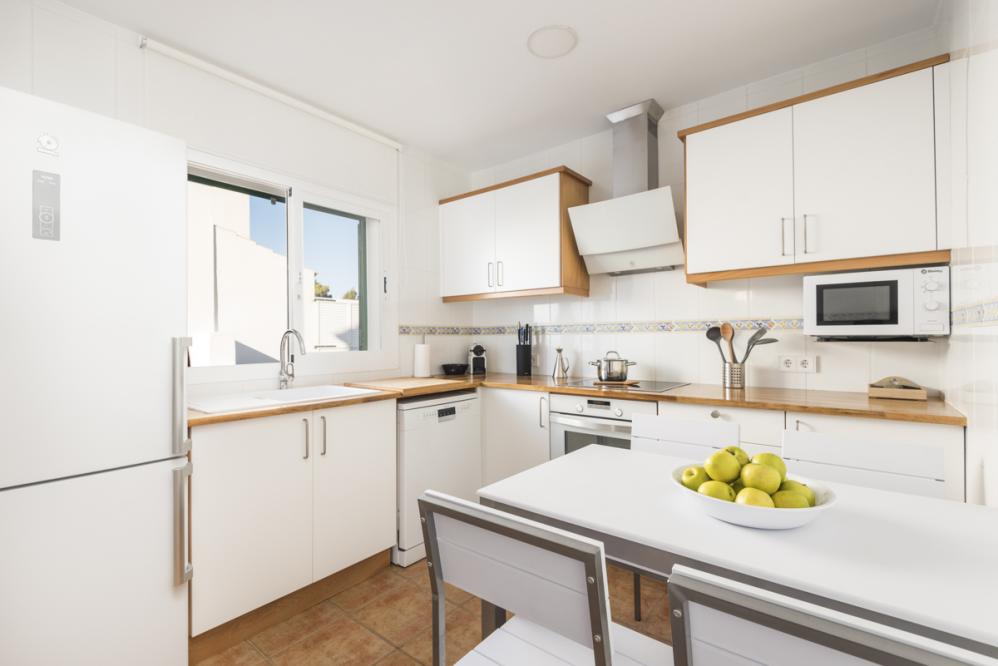 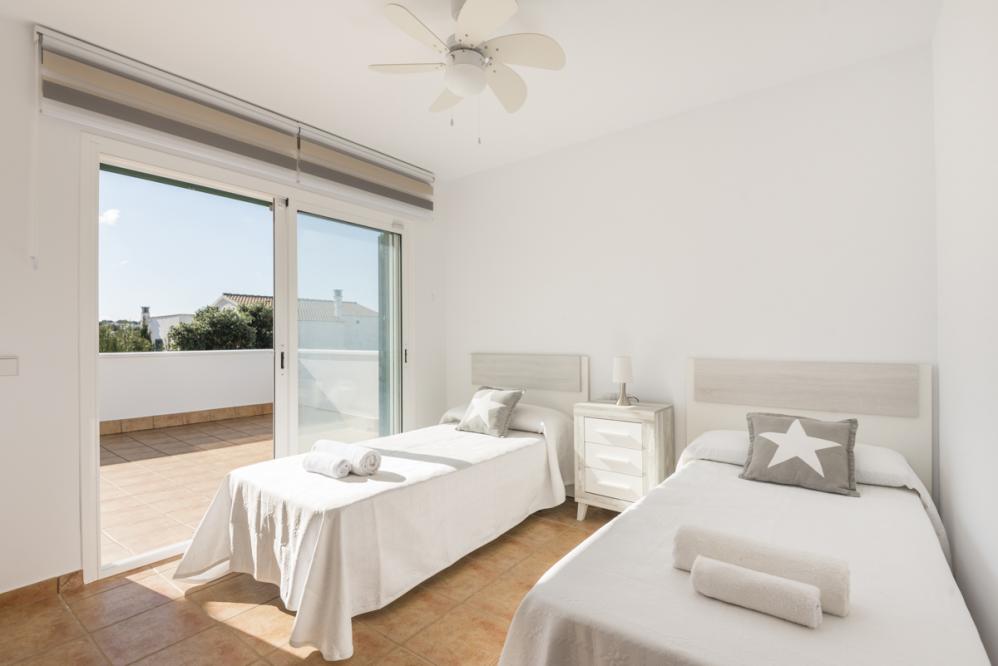 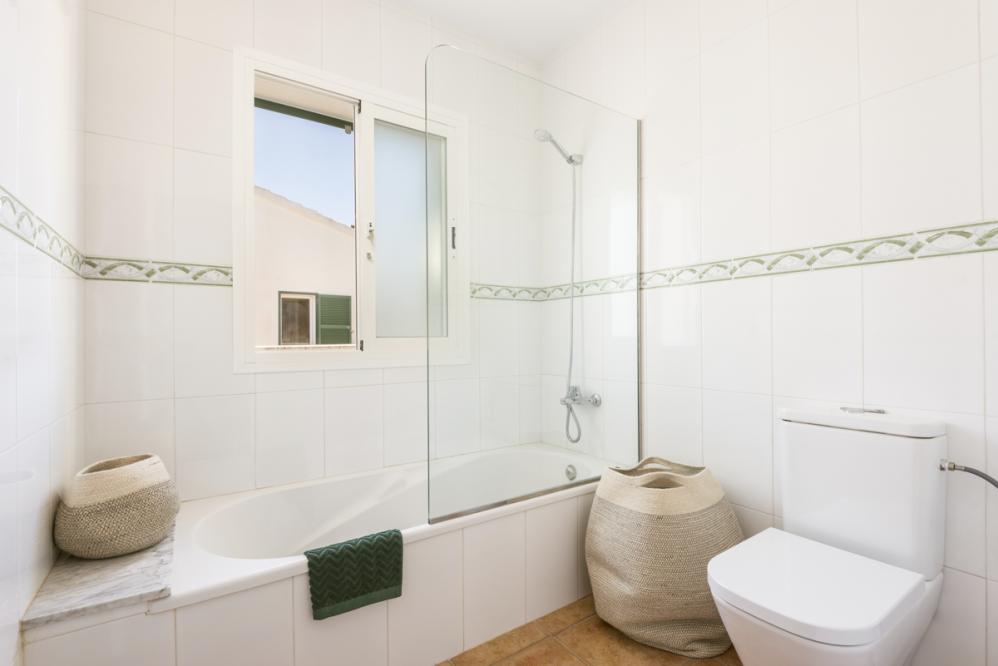 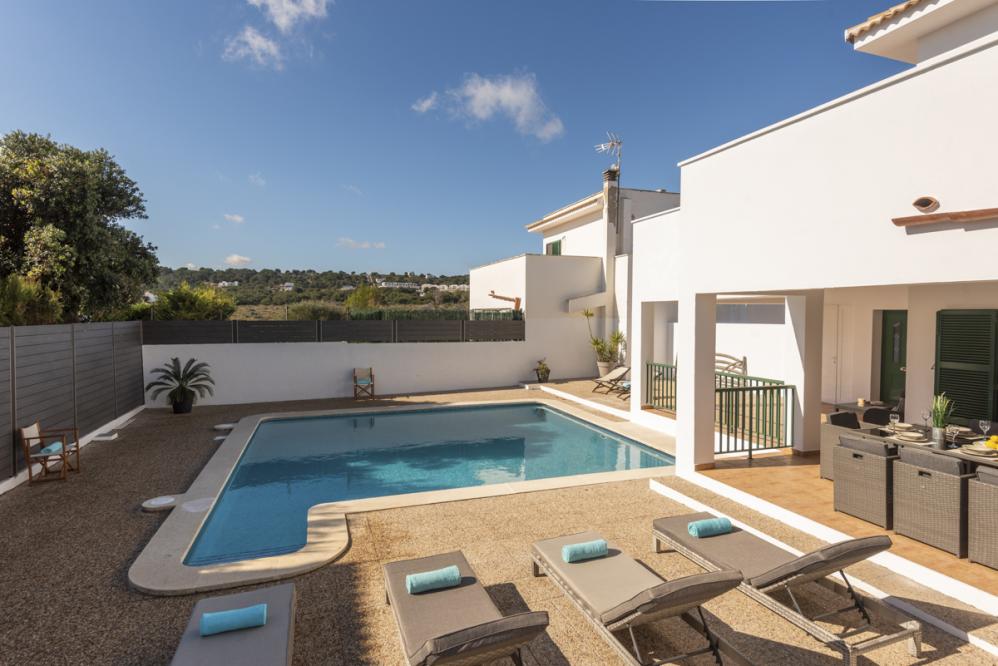 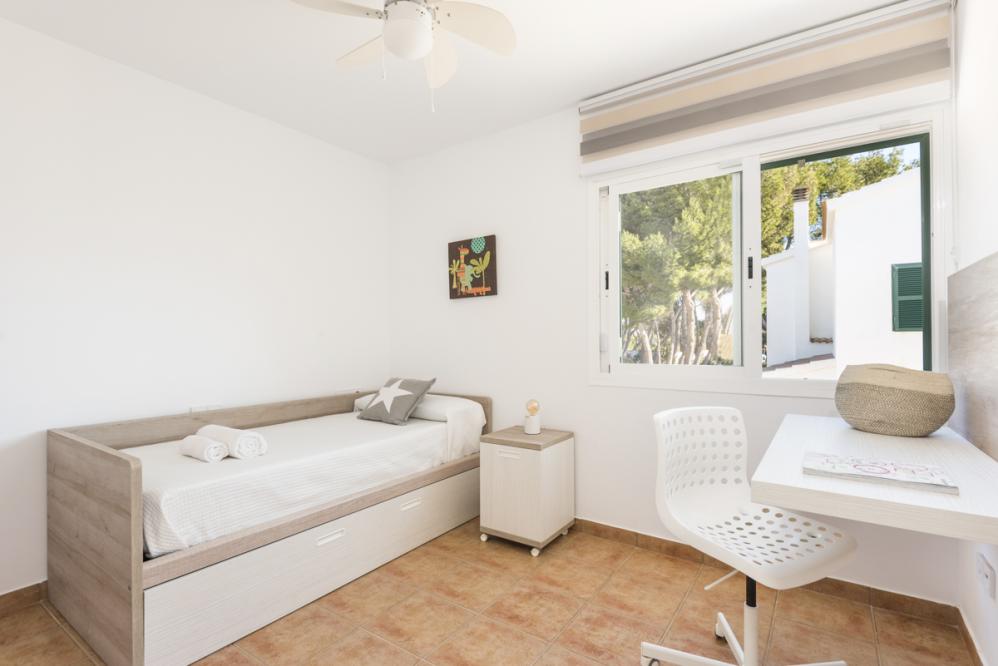 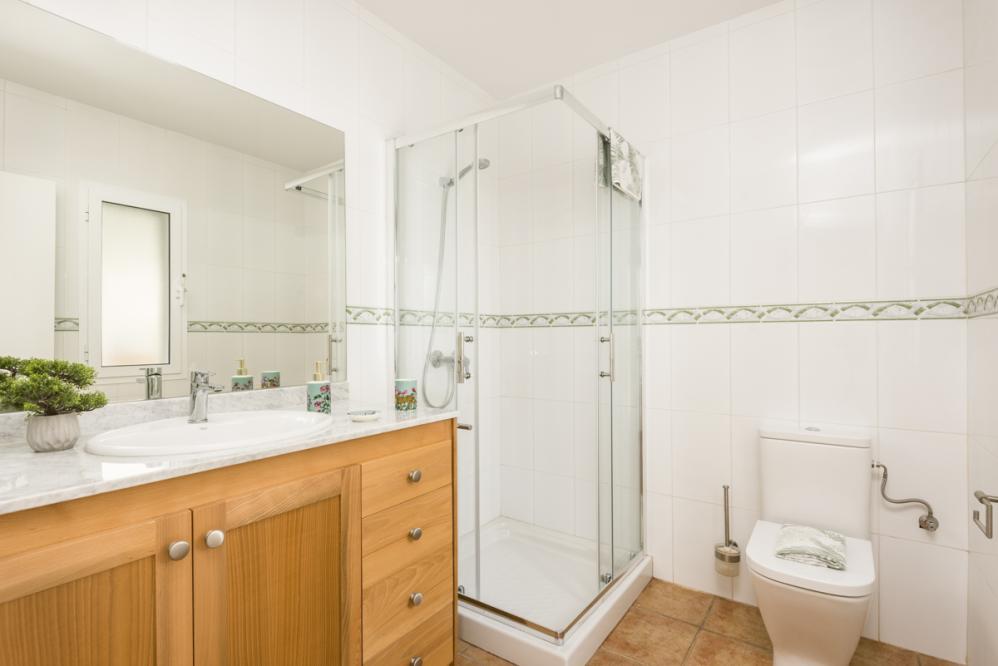 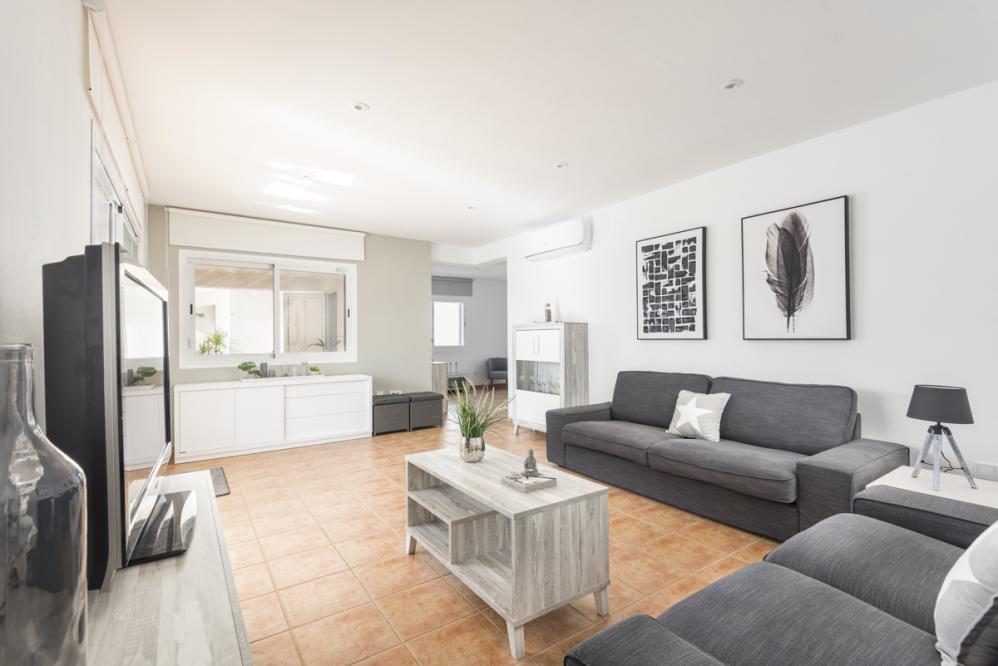 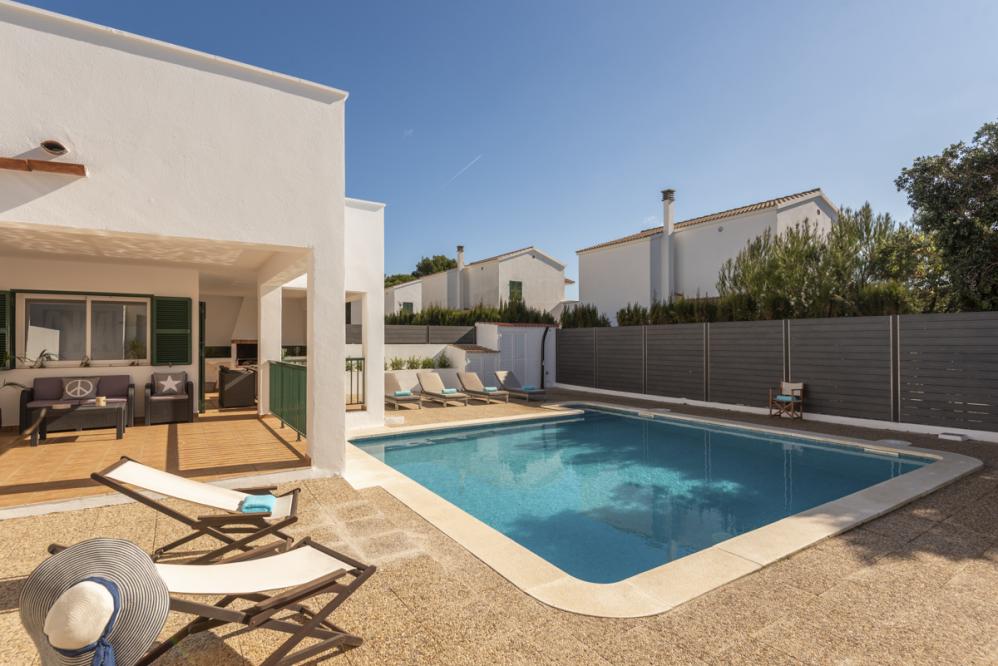 Every corner of this villa is truly delightful, from the charming private terrace, glistening swimming pool, relaxed furnishings and blue skies, Villa Agonda of...

Every corner of this villa is truly delightful, from the charming private terrace, glistening swimming pool, relaxed furnishings and blue skies, Villa Agonda offers the perfect base for enjoying Menorca!

It is apparent from the outset that the entire property features a modern design, with simple, tasteful furniture in the living and dining area as you first enter the property. White walls and bright window openings flood the living spaces with light, creating a warm, welcoming atmosphere that encourages you to completely relax.

From here there are elegant doors leading out to the outdoor dining area and fabulous terrace. The kitchen is tucked around the corner, fully-equipped and with easy access out to the terrace, perfect for preparing delicious picnics, feasts and your favourite summer barbecue recipes!

Upstairs there are all three bedrooms, with a modern double room and two sophisticated twin rooms. The double room boasts a beautiful en-suite, whilst the twins share an equally lovely family bathroom. Each bedroom is spacious, light and airy with vast windows or patio doors leading to the wonderful wrap around terrace.

Outdoors, the magic of Villa Agonda comes to life, with sun loungers for you to really relax and soak up the Mediterranean weather. There are comfy sofas where you can read your book, chat with your loved ones and create unforgettable holiday memories!

The private swimming pool allows you to cool off and encourages kids to play and splash about! There is plenty of room for everyone to dine al-fresco long into the evening, sharing a bottle or two of local wine! With a barbecue why not get the whole family involved in the cooking!

The location puts you in a great position to explore the nearby towns within just a few minutes’ drive – as well as beaches, coves, traditional Menorcan restaurants and so much more, within walking distance of the front door!

Villa Agonda is a lovely family house located near lots of amenities. There are 3 bedrooms and 2 bathrooms, and it can accommodate up to 6 people

Villa Agonda is nestled on the eastern coast of Menorca, in Es Mercadel.

Es Mercadel is a pretty, whi...

Villa Agonda is nestled on the eastern coast of Menorca, in Es Mercadel.

Among other local industries, the village is known for its production of made to measure “abarcas” (local sandals). For a taste of history, the water well (Aljub) was built during the British occupation to store rainwater.

Overlooking the village is the rather imposing El Toro mountain, the highest point on the island. At its peak, there is a beautiful fourteenth-century square tower, a Franciscan church and sanctuary, and the best views of the island on a clear day, living up to its name as the balcony on the skies.

Further afield, the fishing village of Fornells is the island’s main water sports centre. A sea outing to view the northern coastline with its hidden coves, sparkling crystal waters and beaches.

The village has an array of excellent seafood restaurants, and the “caldereta de langosta” (lobster stew) is a local speciality.

Menora offers and perfects and idyllic holiday destination, with beaches known for their pure sands and glistening, clear waters.

The gentle landscapes of the island are ideal for walking, cycling or riding, and it remains temperate when out of peak season.

Scattered with history, stone monuments are dating back thousands of years across the countryside, and an abundance of ancient coastal pathways. Visits to Megalithic sites are a history buff’s dream.

The Cami de Cavalls signposts are a series of signposted routes across rough tracks, paths across farmland, surfaced and intriguing unsurfaced pathways. “Hidden” Menorca can be discovered this way, and the roads are suitable for walkers, horses and mountain bikes.

The mellow island of Menorca drums to a slower beat than siblings Mallorca and Ibiza, and therefore perfect if you’re looking for a holiday of rest and relaxation. The easternmost Balearic Island is lined by some of the most beautiful beaches in the Mediterranean: long swathes of powder-fine sand give way to rocky calas (bays) lapped by pale blue waters.

While you’re enjoying one of our fantastic villas in Menorca you may well want to explore everything else the region has to offer – so we’ve put together this handy travel guide to give you a little help and inspiration!

Villa Agonda is well set up for children of all ages.

The spacious, easy layout is well suited to fam...

Villa Agonda is well set up for children of all ages.

The spacious, easy layout is well suited to families, with homely touches that create a truly relaxing atmosphere and the feel of a home-away-from-home!

The pool will provide hours of splashy fun, while the novelty of barbecues and al fresco dining will be a delightful novelty for children of all ages.

The quiet, air-conditioned rooms will be ideal for siestas when the heat of the day becomes too much, while teens can relax in the knowledge that there are wifi and satellite television.

Menorca is a beautiful location for families; it offers excellent opportunities for outdoor pursuits.

The Cami de Cavalls coastal path offers a series of roads leading to spectacular hidden beaches and coves. The sea around Menorca offers superb, safe conditions for kayaking, ideal for adults or children who haven’t tried it before.

Jeep safaris are an excellent family holiday activity - rattling along dirt tracks in a 4x4 is an ideal way to learn about the nature on the island - finished off with a picnic lunch in the Menorcan countryside.

Ask a question about Villa Agonda