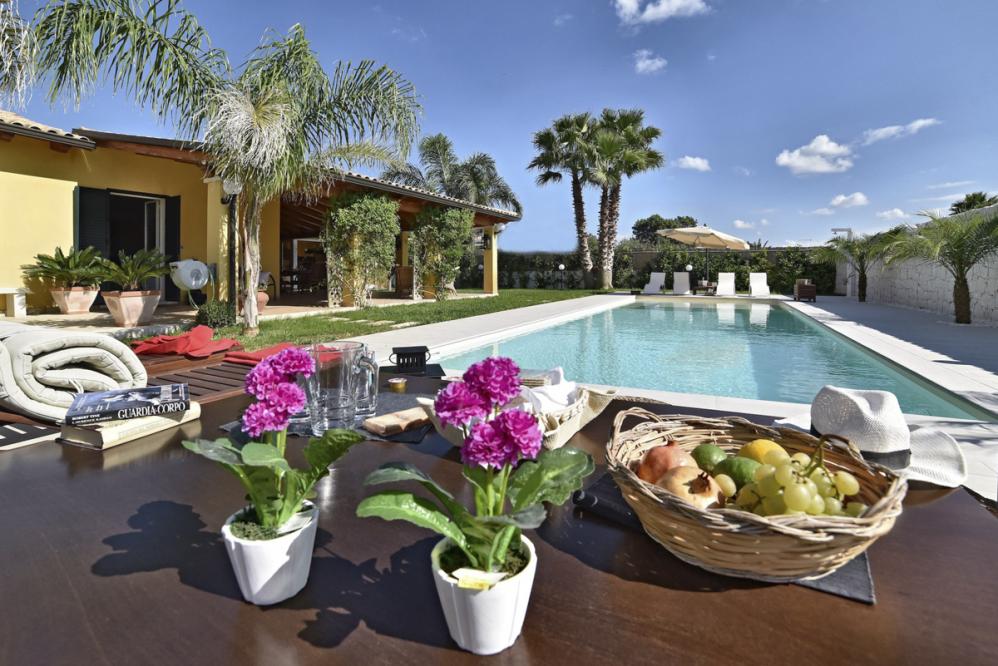 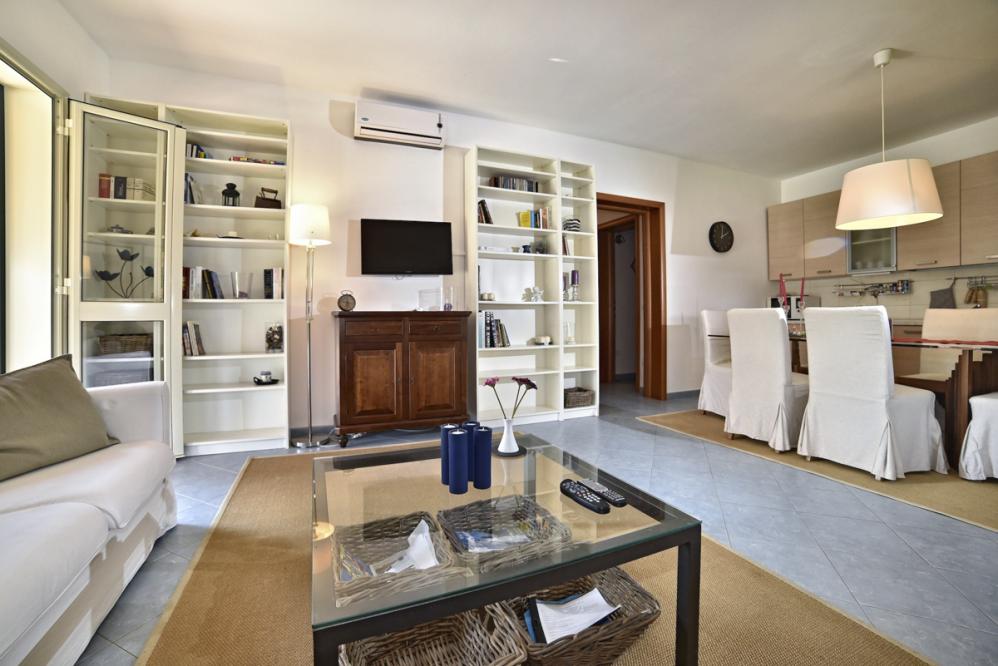 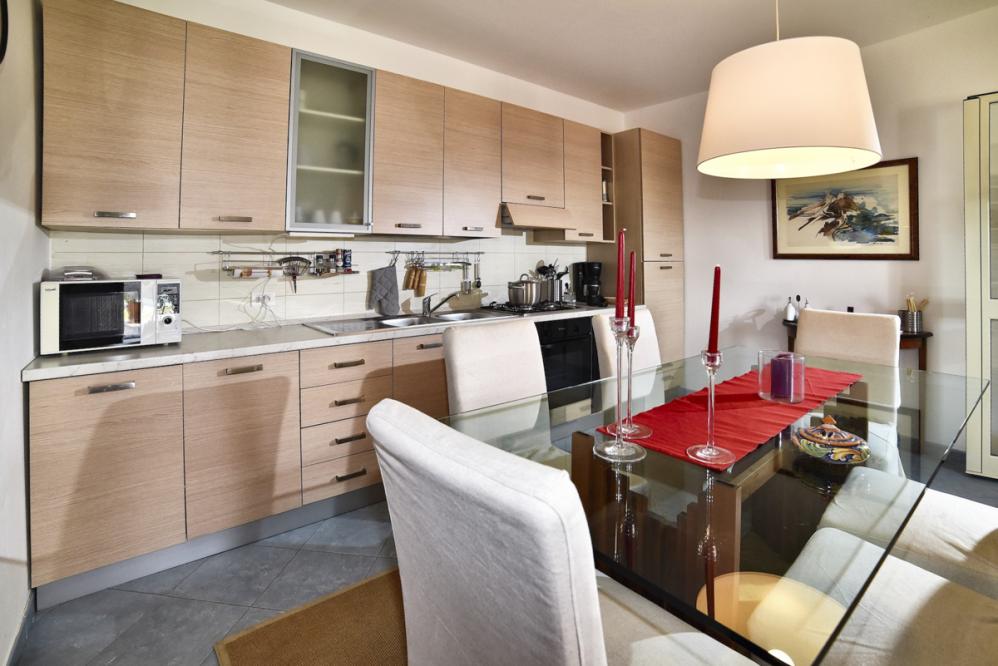 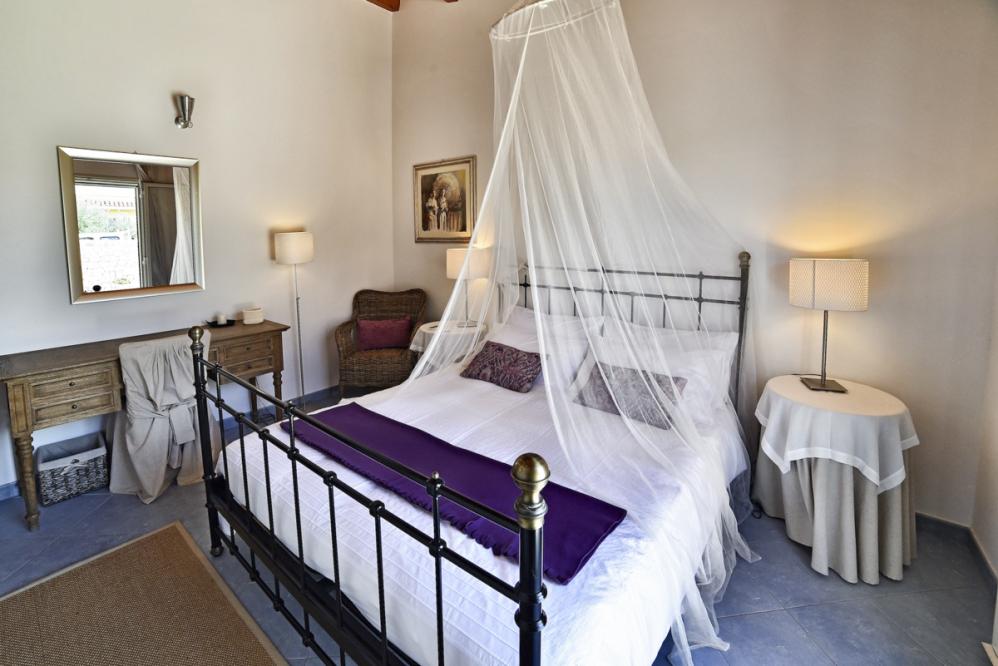 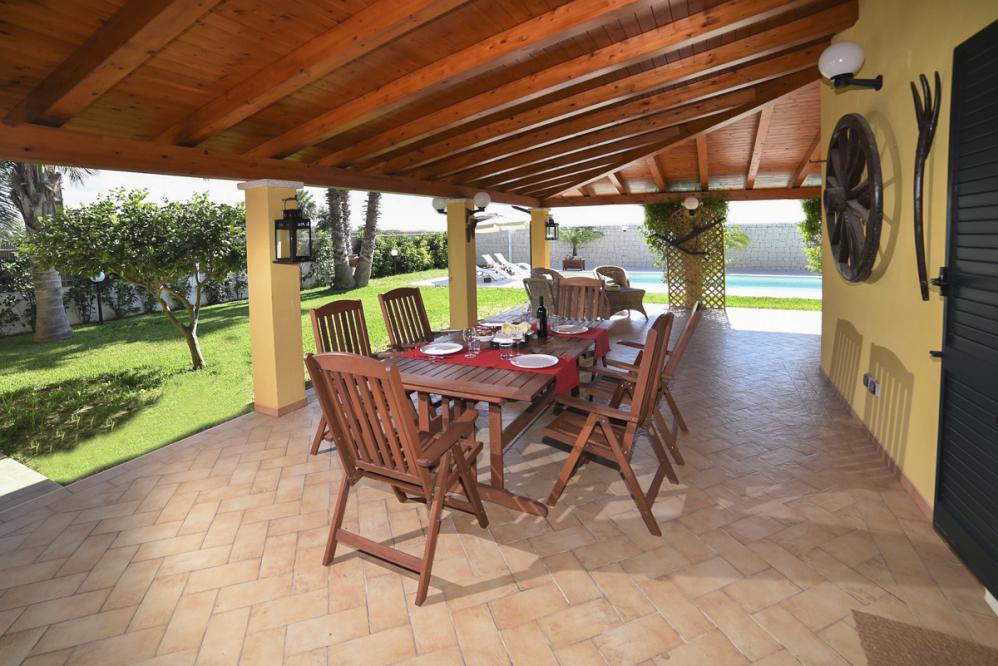 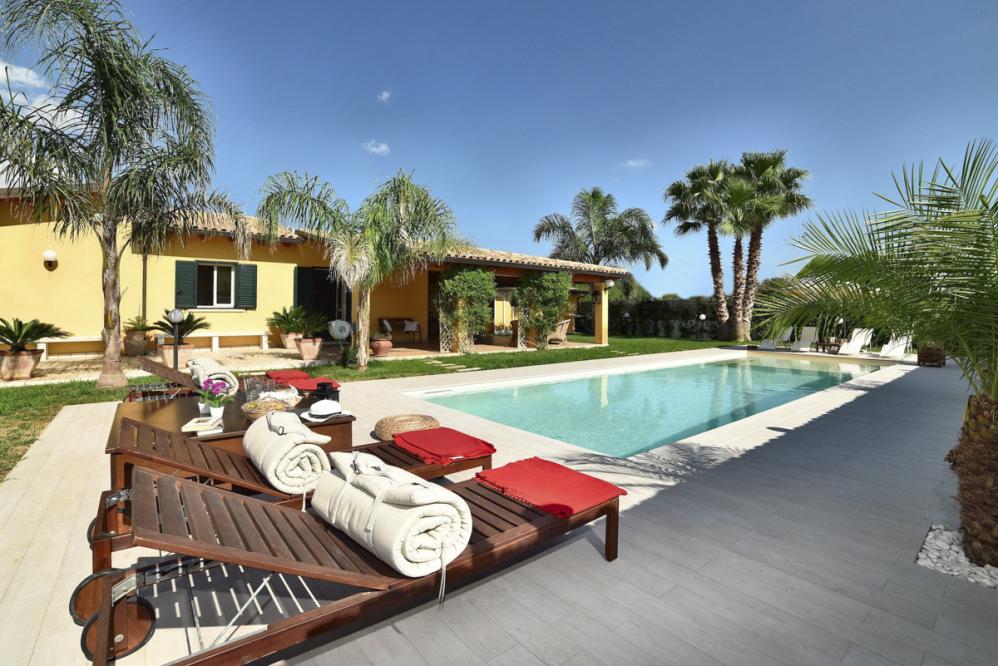 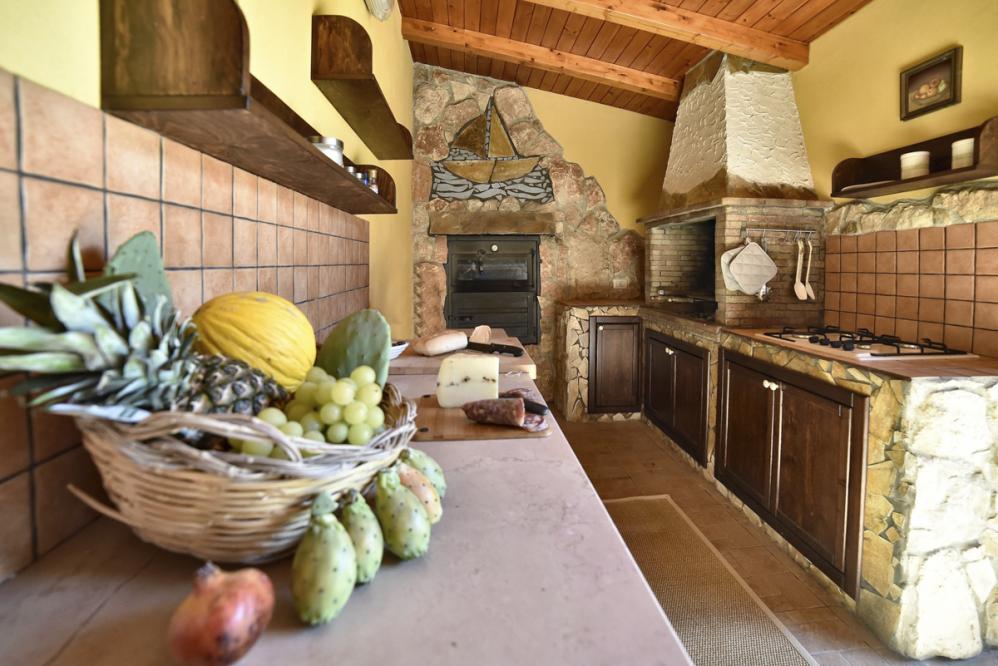 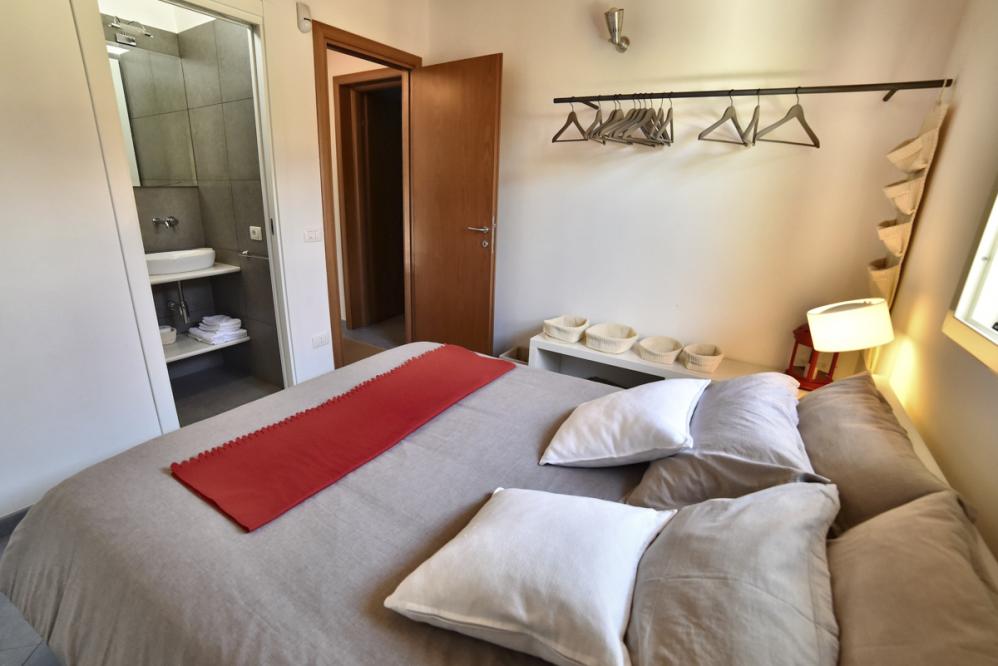 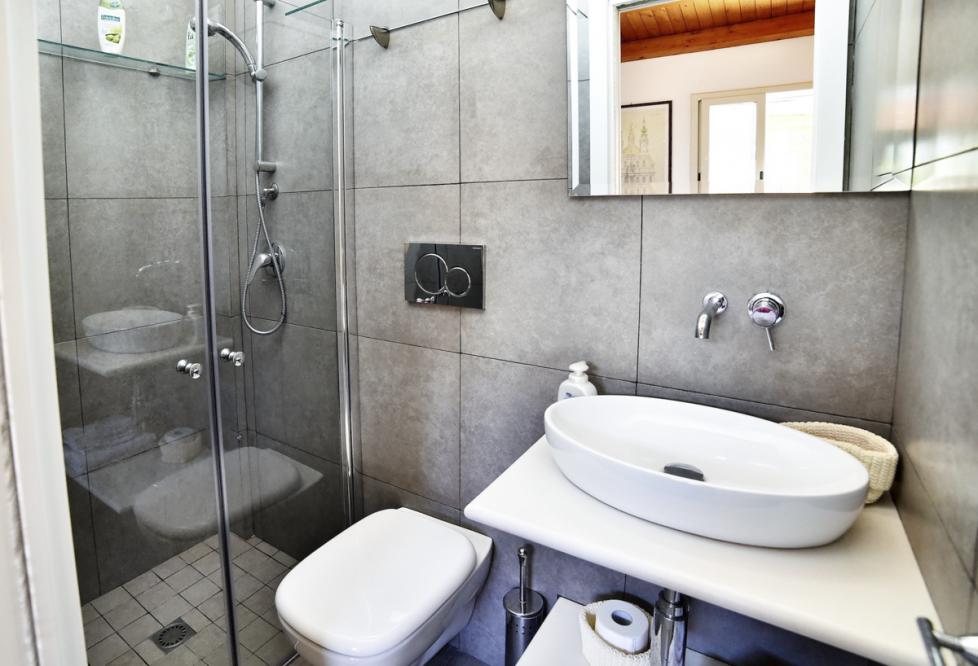 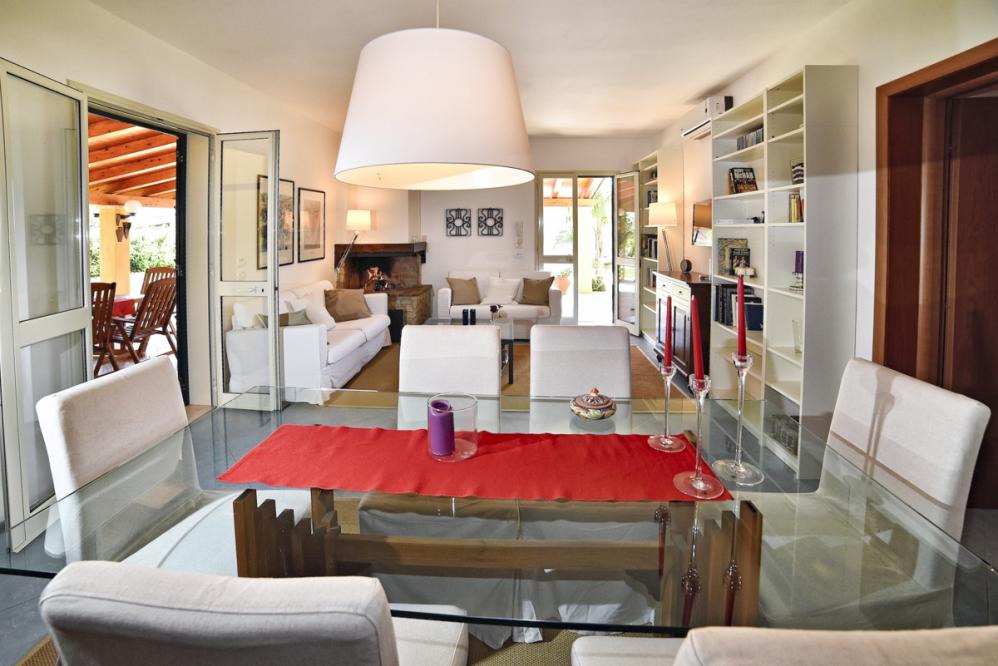 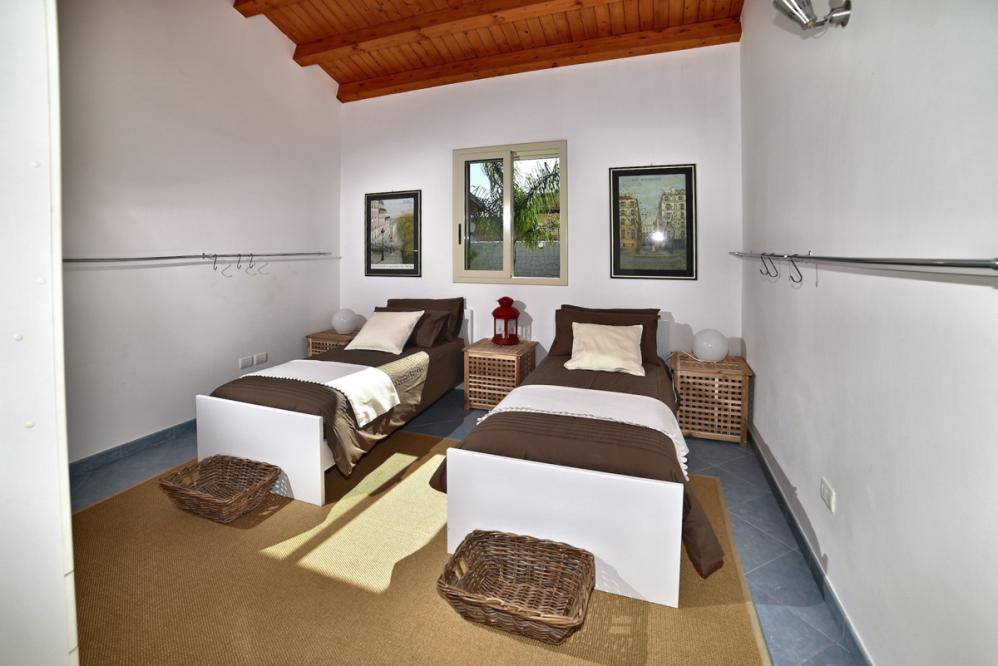 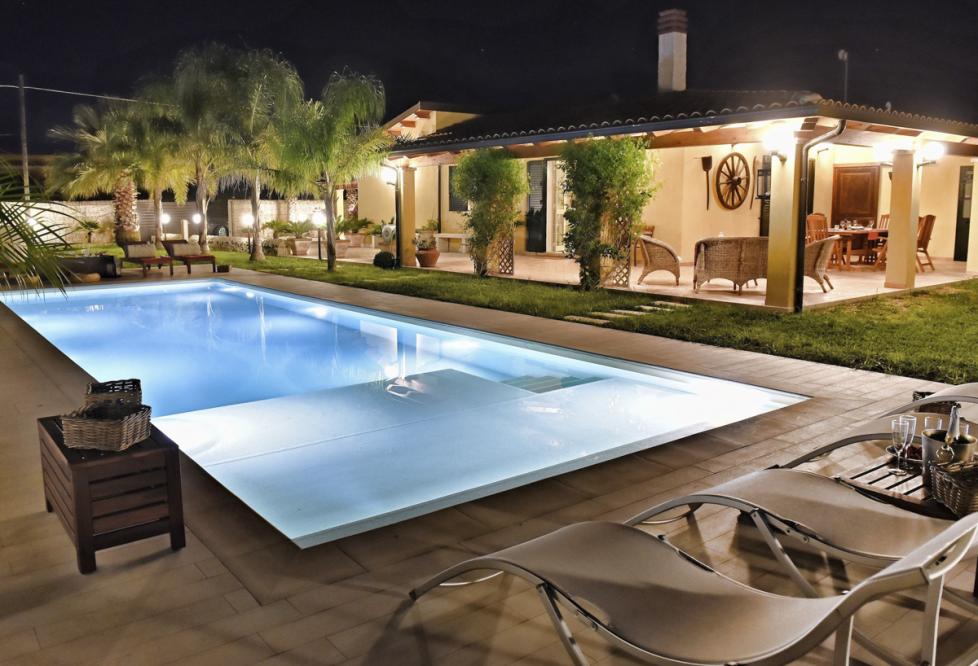 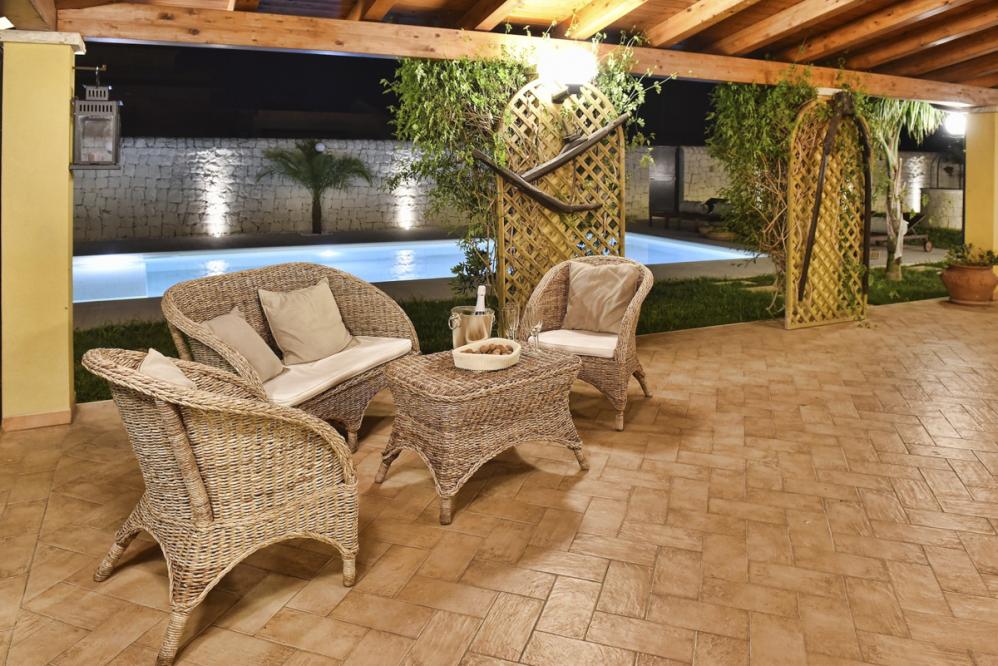 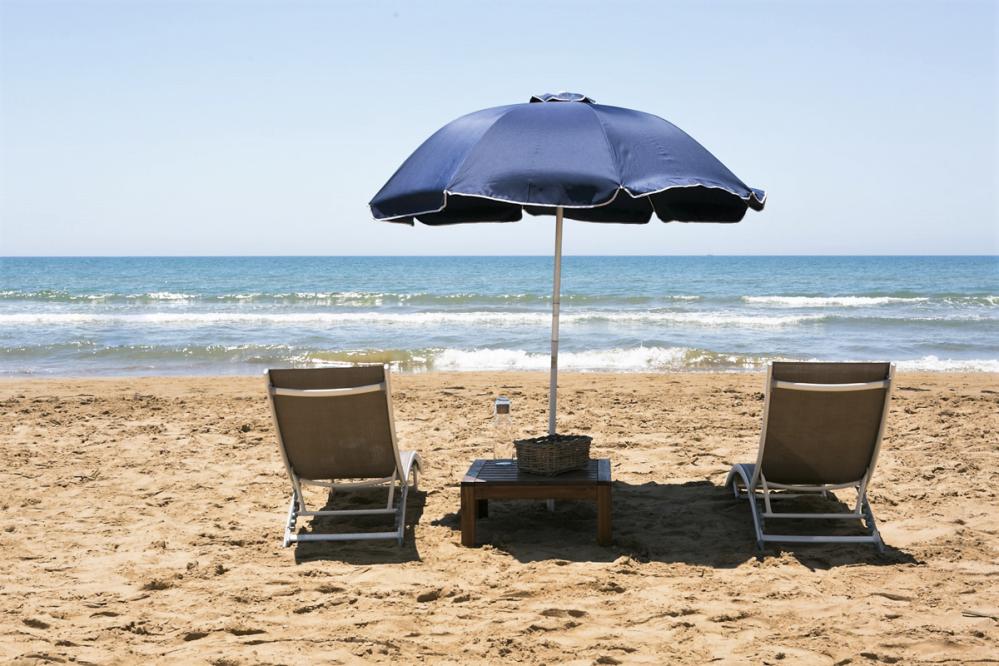 Villa Lo Scoglio is a charming single storey home for six in the South East of Sicily, with private gardens and pool. Finessed with a ranch-style appeal, comple...

Villa Lo Scoglio is a charming single storey home for six in the South East of Sicily, with private gardens and pool. Finessed with a ranch-style appeal, complete with timber roofed large veranda and dappled trellis for stylish outdoor living, this abode is a tranquil haven just a few moments from the beach.

Clad in a buttercup yellow with olive-green shutters, it is shaded by swaying palm trees and plants spilling out of terracotta pots. The generously-proportioned outdoor spaces elevate this local-style home. The pool is framed by a chic poolside area, dotted with loungers, while the wide veranda is executed for the local pace of life, together with wicker dining set and rustic outdoor kitchen in exposed stone with built-in oven.

The interiors at Villa Lo Scoglio are adorably simple with understated ease throughout. A well-equipped kitchen has all the creature comforts for self-catering, while the open-plan living space is airy and light-filled. Creamy neutrals and contemporary furnishing jostle with original touches such as the fireplace set in exposed brickwork. Unfussy, yet home-like, this space will immediately see guests slip into the Sicilian pace.

Villa Lo Scoglio is set in an ideal spot on the South-Eastern coast of Sicily, just 500m from a 3km long sandy beach and azure waters of the beautiful coastal stretch between the towns of Pozzallo and the historical Ispica. Pozzallo, a former defence town, today boasts four blue flag beaches and a 90-minute ferry to Malta with a vibrant summer tourist scene. Ispica is known for its extensive prehistoric monuments and caves, while the region as a whole is not overly commercial and offers a taste of authentic Sicilian living.

Southern Sicily is relatively undiscovered - yet is full of characterful villages, rugged coastline and a wealth of archaeological interest.

Villa Lo Scoglio is set just a few moments from a stunning sandy coastal resort on the South-Eastern...

Villa Lo Scoglio is set just a few moments from a stunning sandy coastal resort on the South-Eastern coast of Sicily. Known as being one of the finest beaches the region has to offer, the village is a small place of only 200 inhabitants, but draws Sicilians in the summer due to the calibre of its coastline.

Pozzallo blends the new town with the old. In the old town, the beach-side Torre Cabrera is a 15th-century watchtower that the city is known for. The heart of the town is Piazza della Rimembranza, where locals gather and enjoy the shade of the palm trees. The seafront promenade of Lungomare Pietrenere is ideal for walks. Sunsets from here are beautiful, and there are plenty of restaurants and cafes on the water.

Set on a hill, Ispica is renowned for its prehistoric caves and rich architecture. It boasts several palaces; among these, the Gothic-style Bruno Palace is worth a visit. The Favi Palace (which was damaged in the earthquake of 1727) and the Alfieri Gambuzza Palace, are known for their beautiful frescos by Olivio Sozzi, a prolific artist whose work adorns many churches and monasteries in Sicily, dating back to the 1700s. The Basilica of Santa Maria which was rebuilt after an earthquake in 1704 boasts opulent Baroque oil paintings.

Noto is known for having one of Sicily’s most beautiful historical centres, visited for its baroque architecture, notably the reconstructed 18th-century Noto Cathedral. Worth dropping by for its iced granita coffee, Caffè Sicilia, diagonally opposite the cathedral on Corso Vittorio Emanuele in the middle of town, has been serving locals for over 125 years.

The southeastern tip of Sicily, between Syracuse and Noto in the east and Ragusa and Modica to the w...

The southeastern tip of Sicily, between Syracuse and Noto in the east and Ragusa and Modica to the west, offers so much for families with children, from sleepy hilltop towns, accessible Greek ruins and stunningly unspoiled beaches.

The beaches between Santa Maria di Focallo and Cirigia have repeatedly been awarded the blue flag for their crystal clear seawater and facilities. The wide, golden sandy beaches along this stretch are ideal for families with small children who will appreciate the shallow seabed. Older children will love snorkelling along the rocks.

From enjoying local piazza life to coastal promenades with a gelato, bike rides or a taste of prehistory, this region of Sicily is a treat for children, with long golden beaches and a very child-centric outlook!