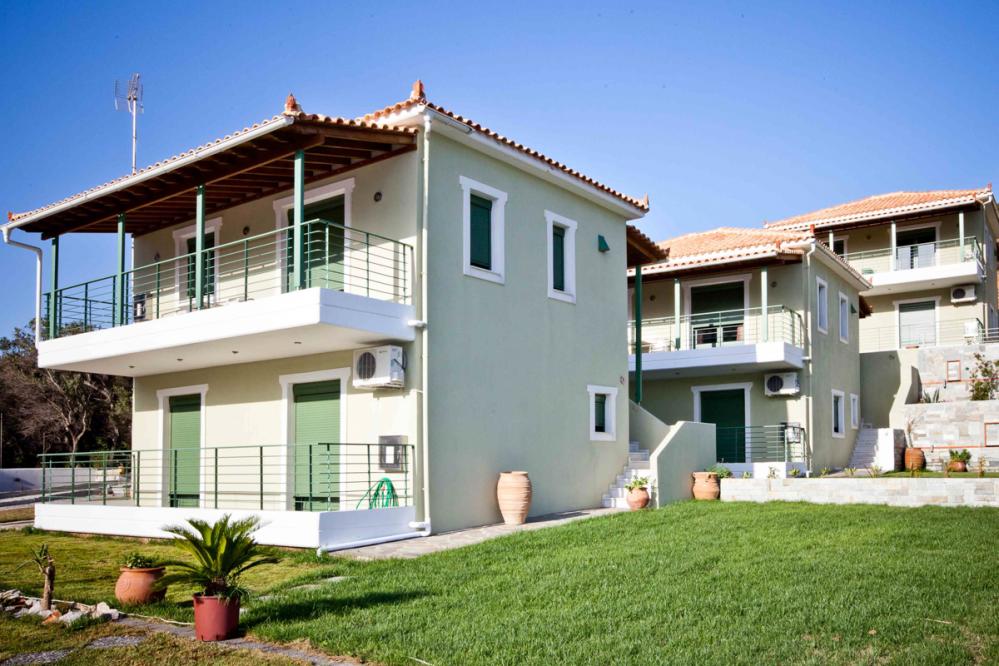 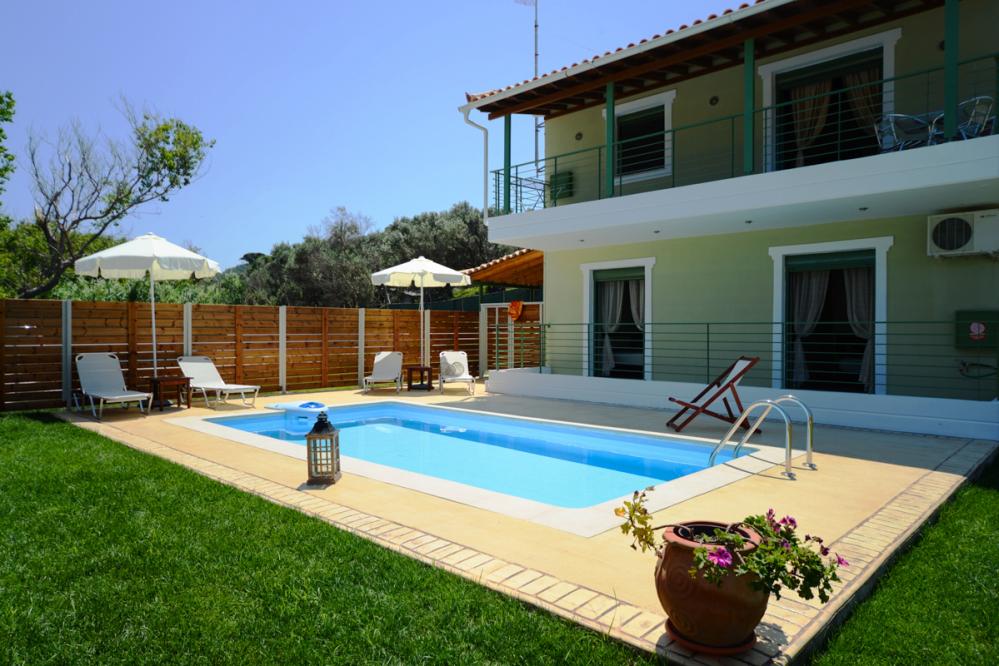 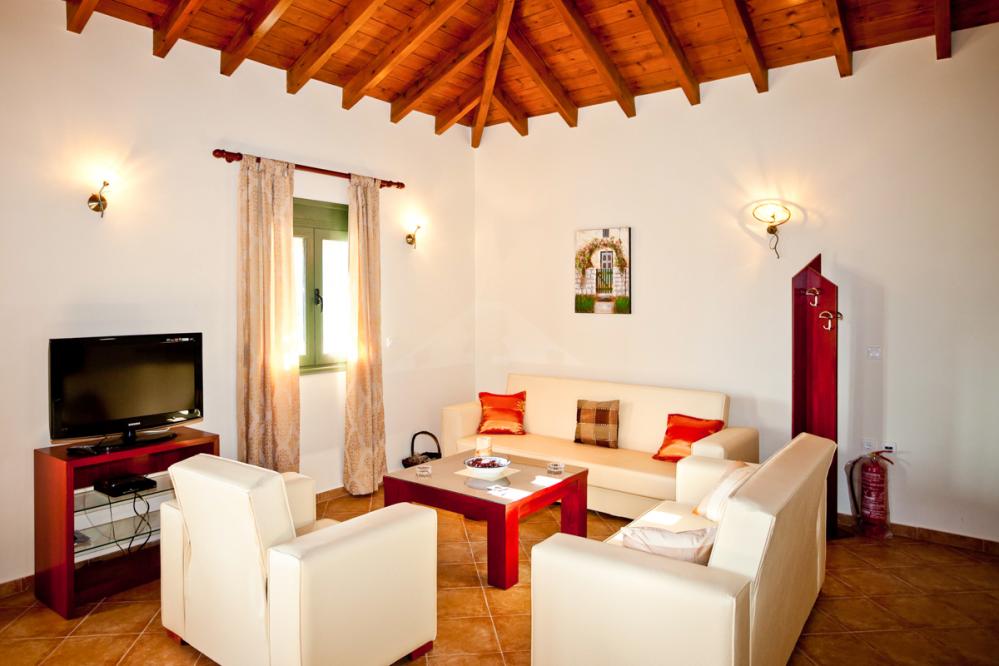 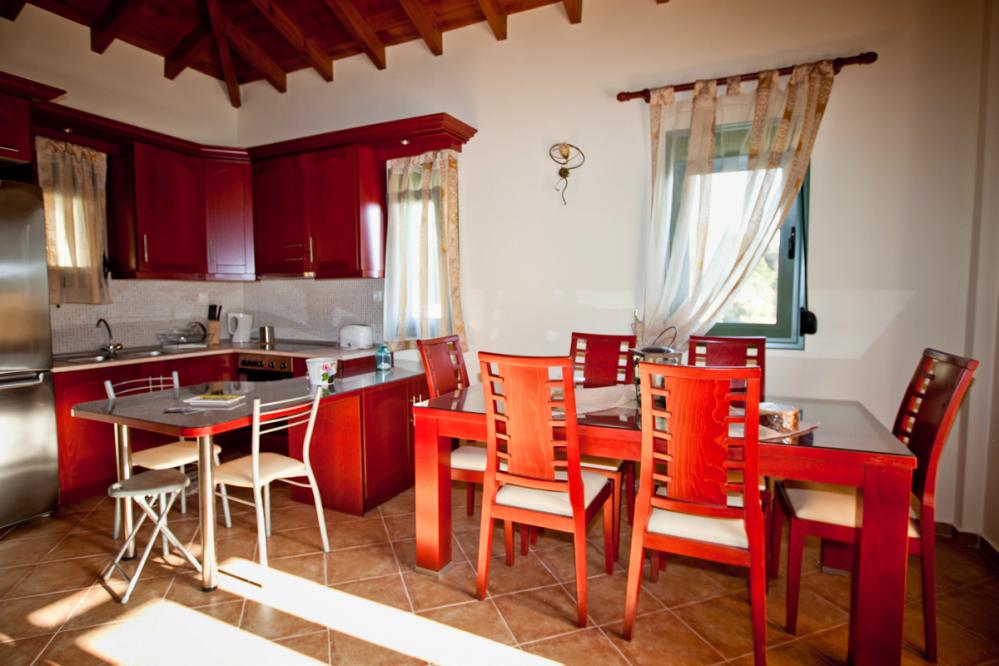 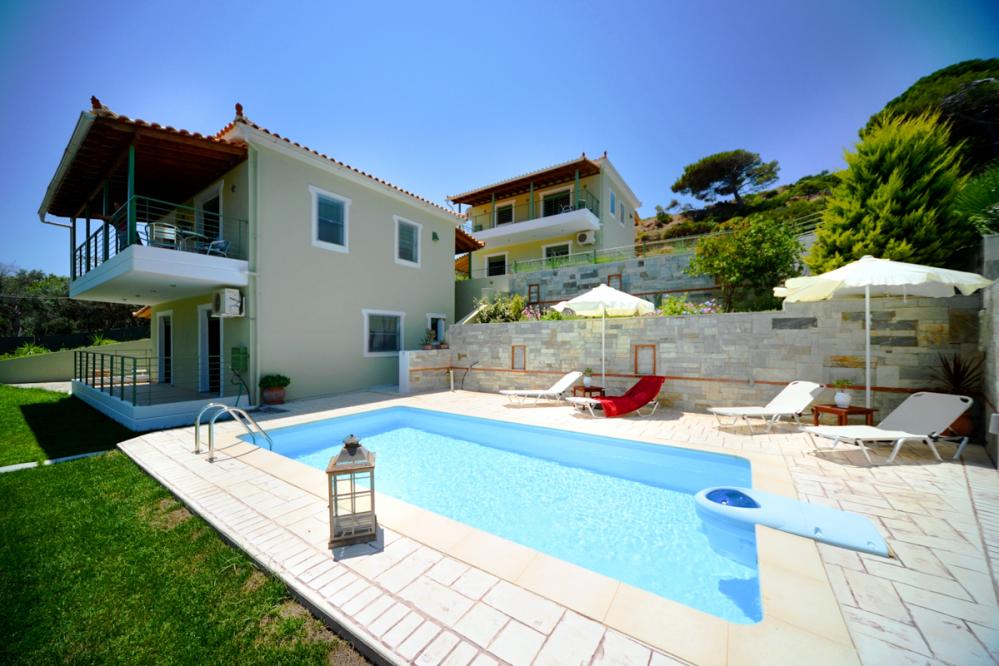 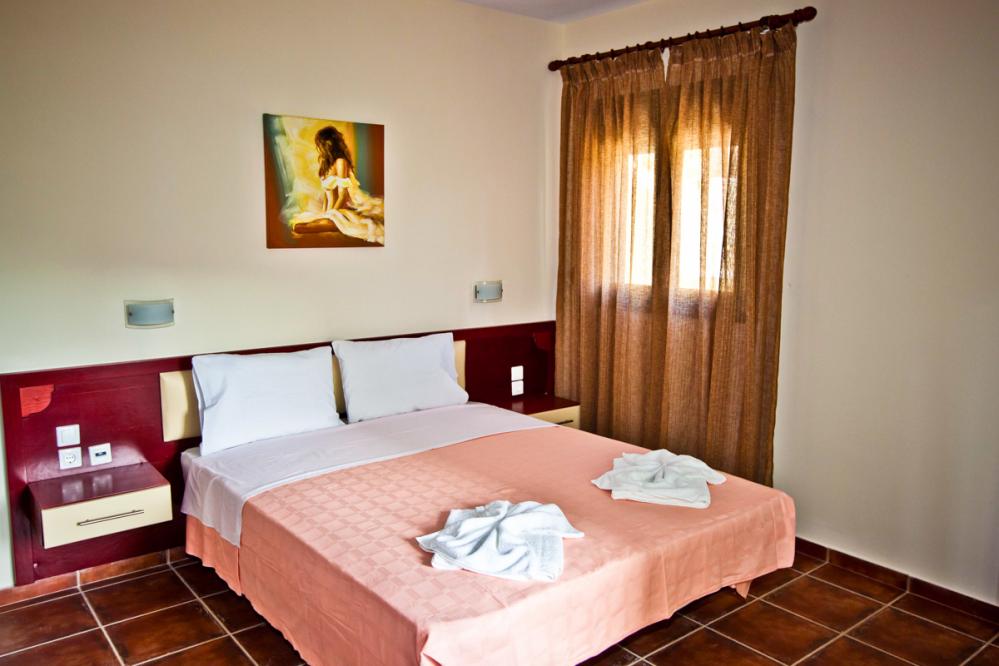 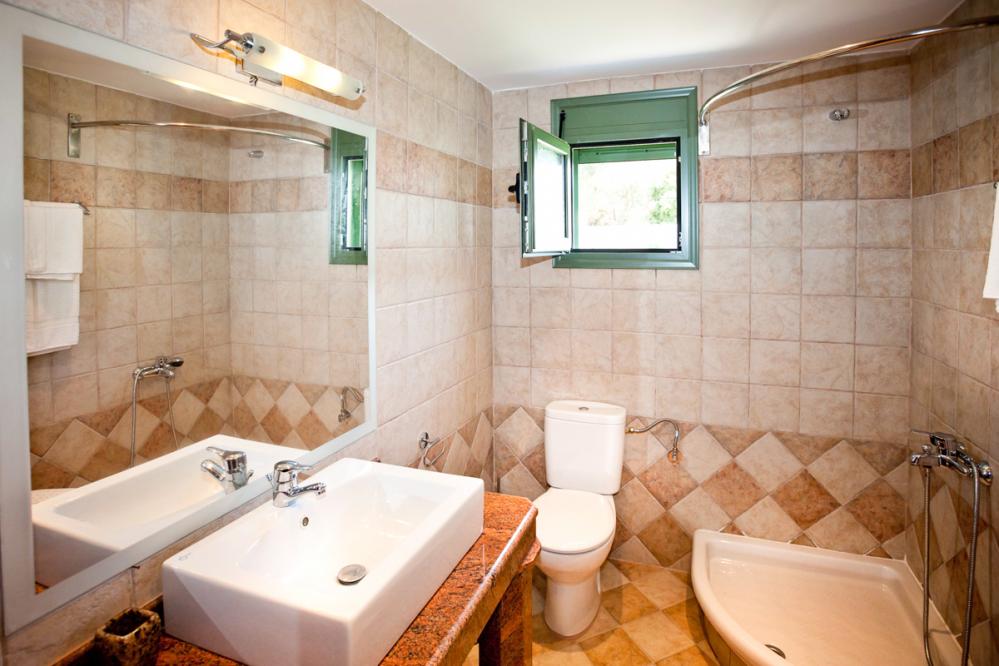 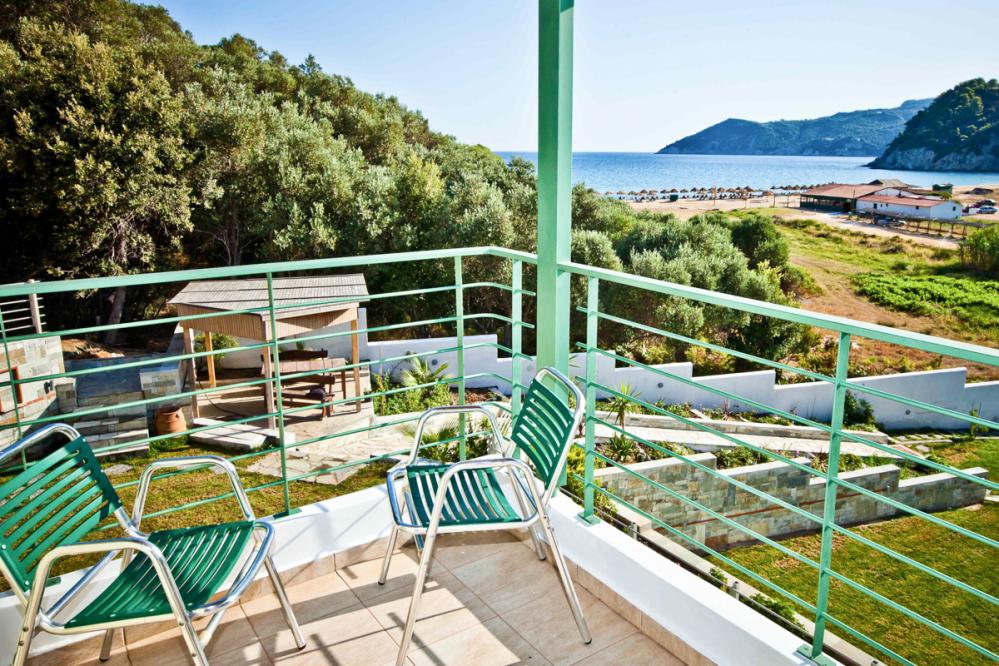 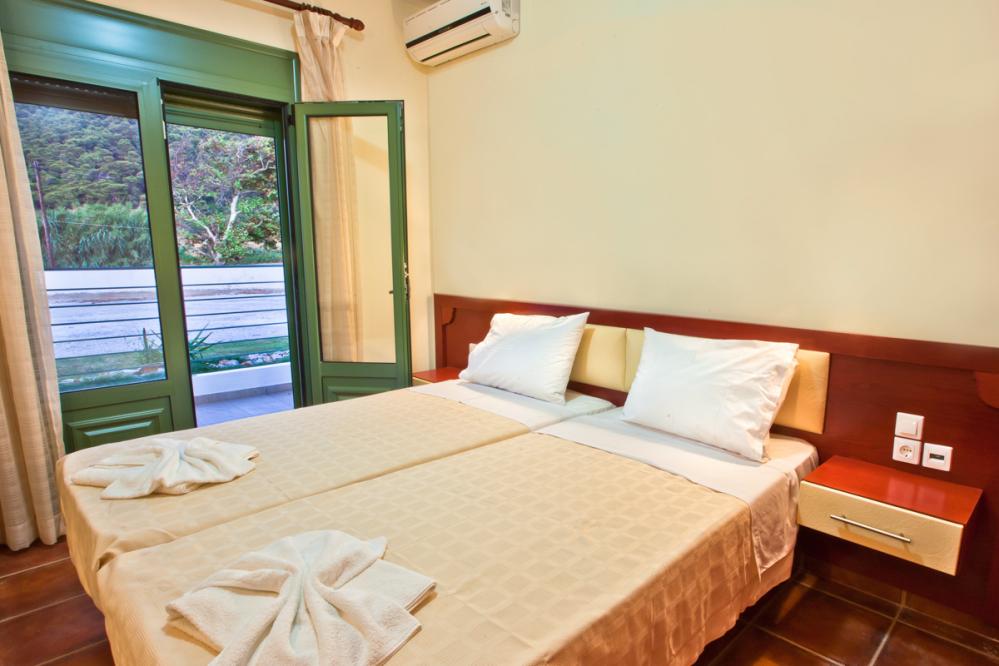 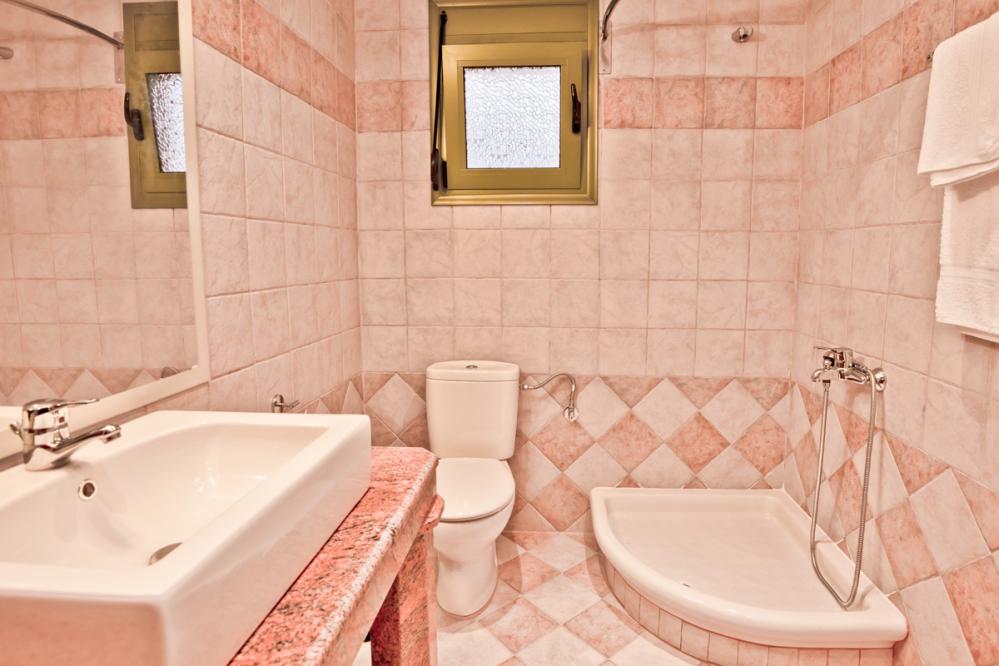 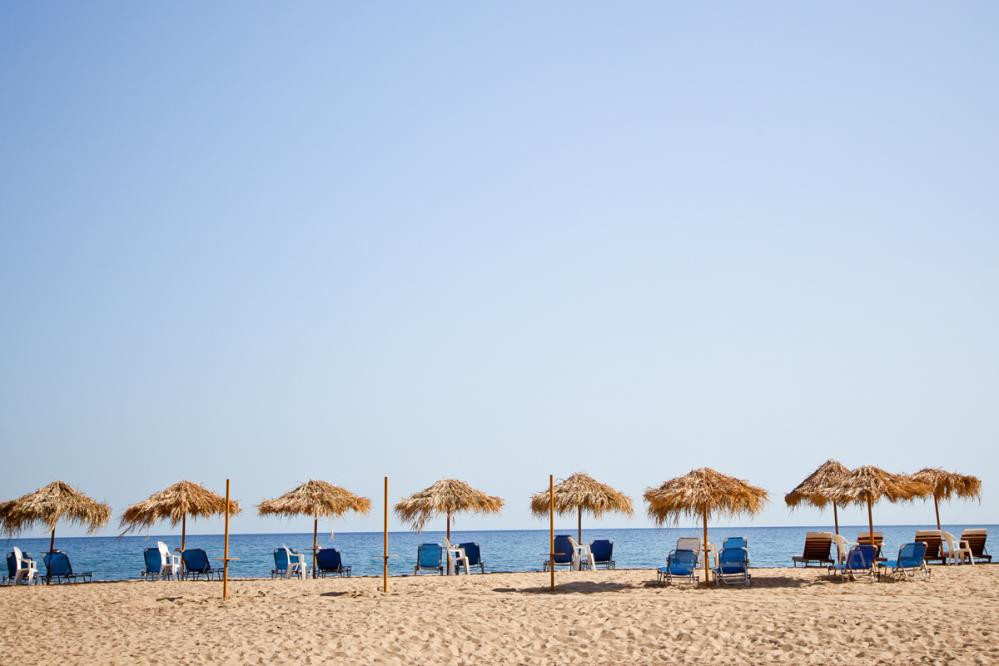 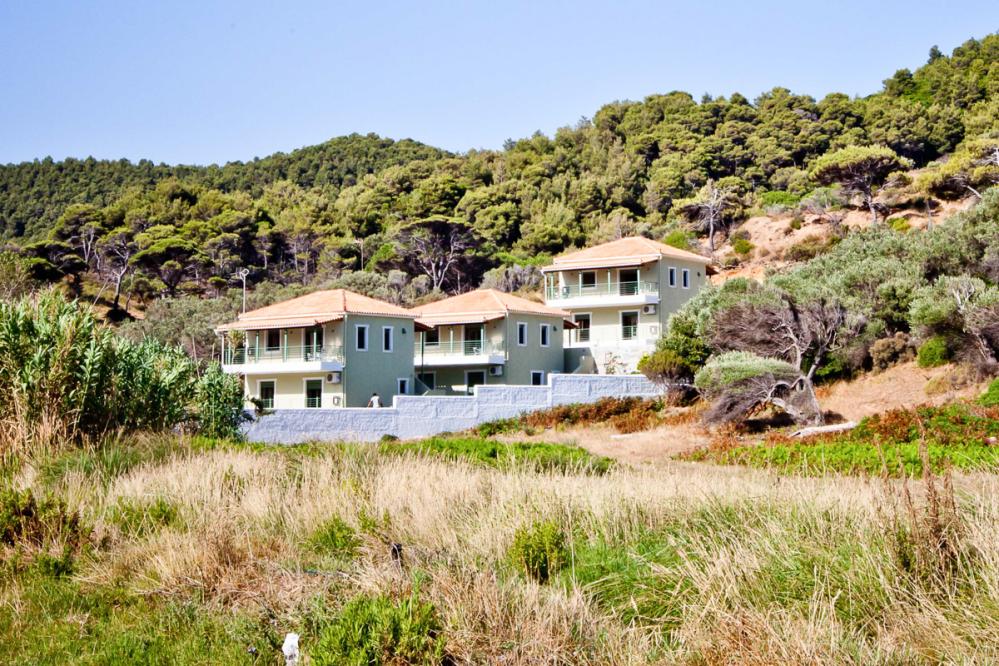 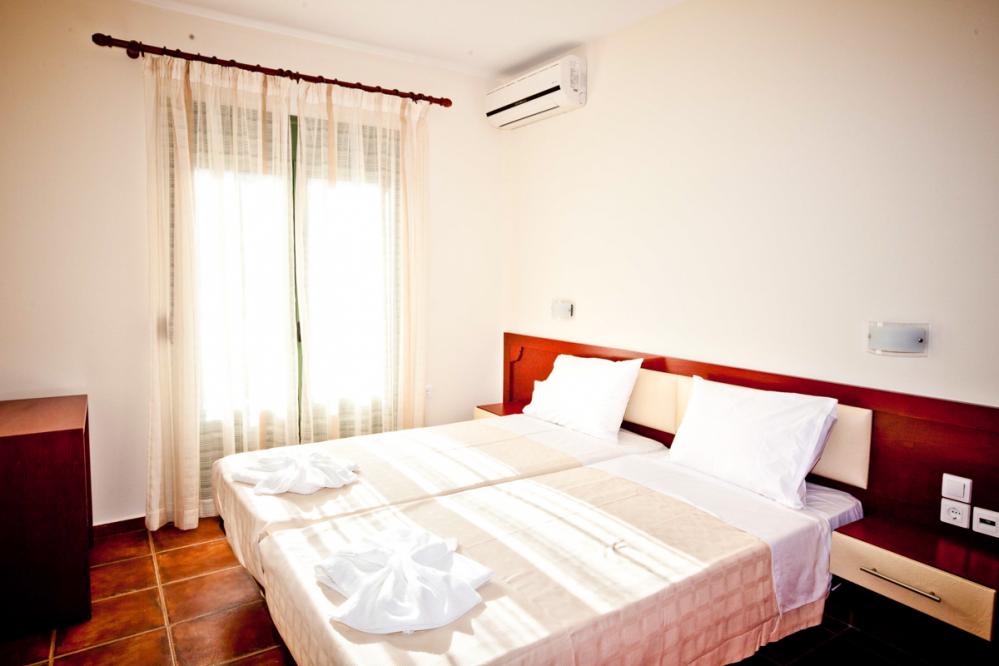 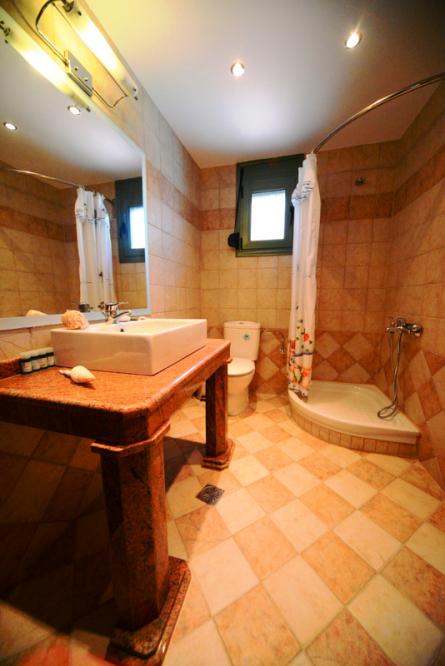 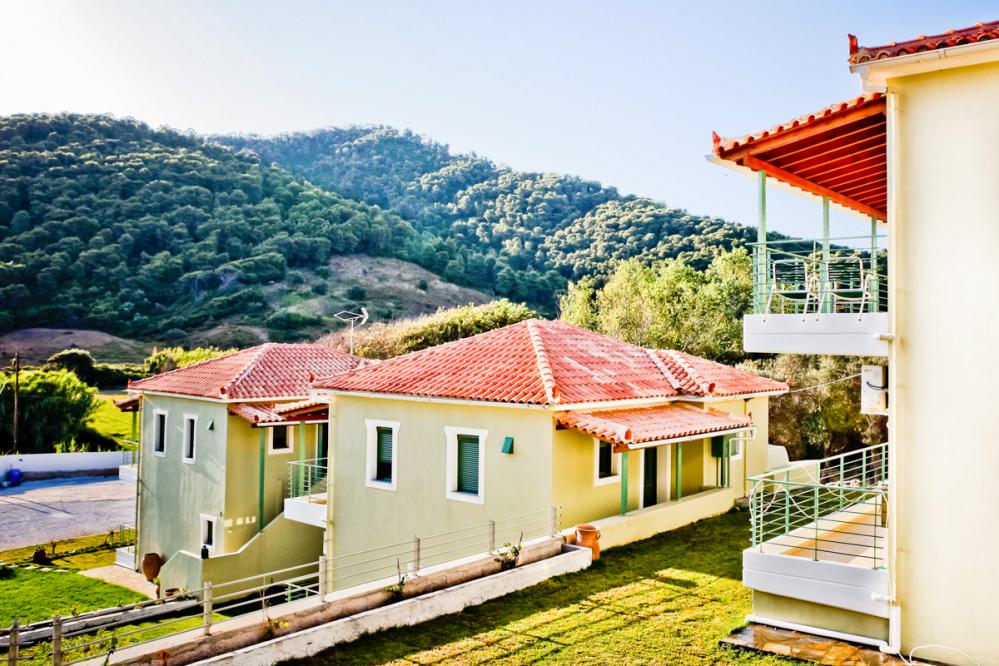 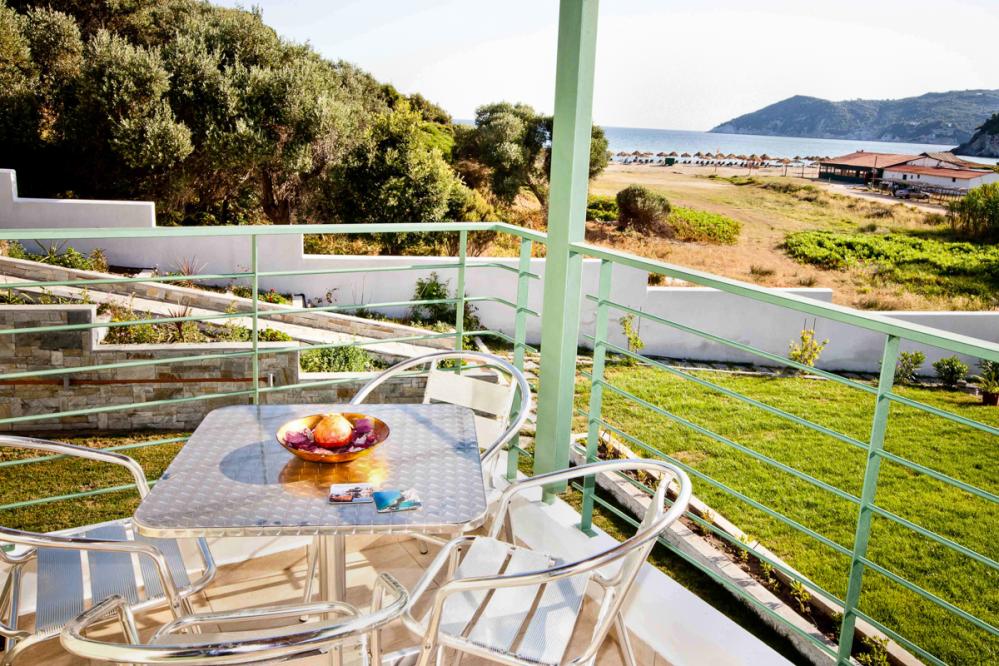 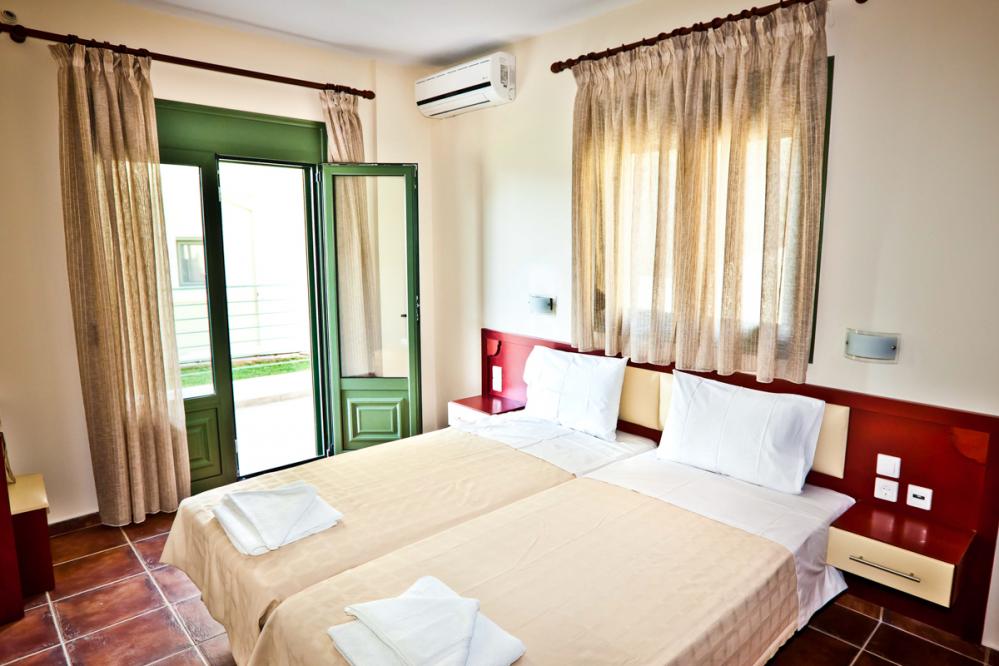 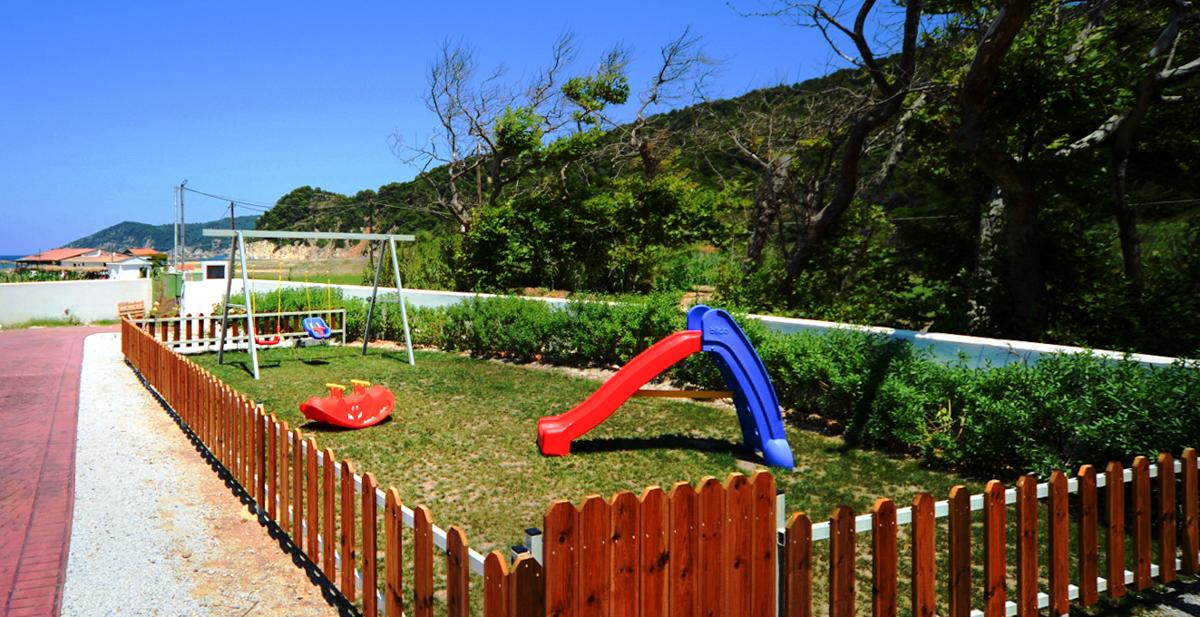 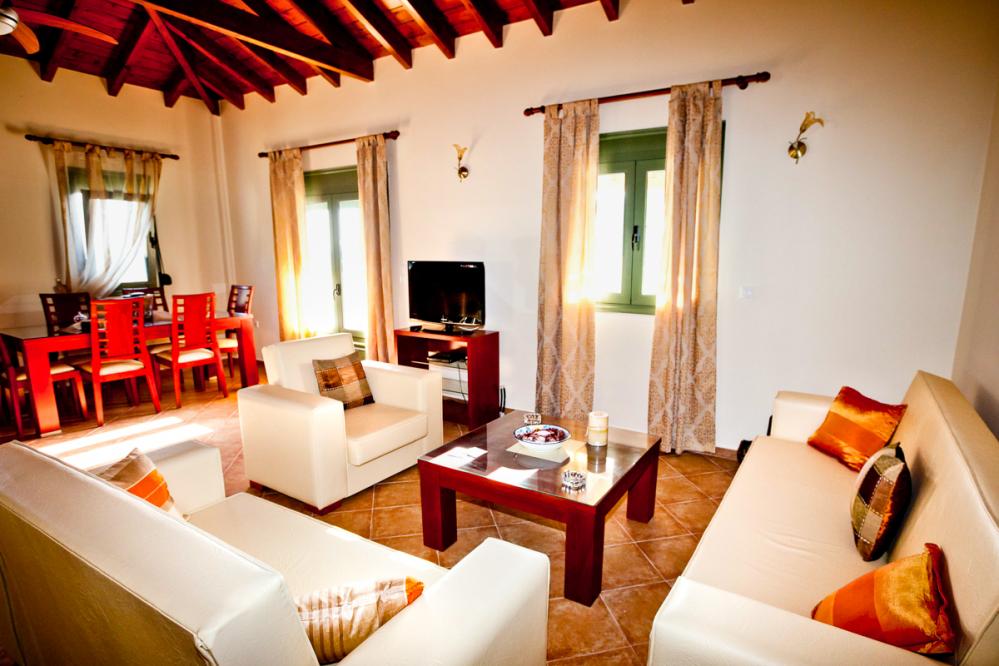 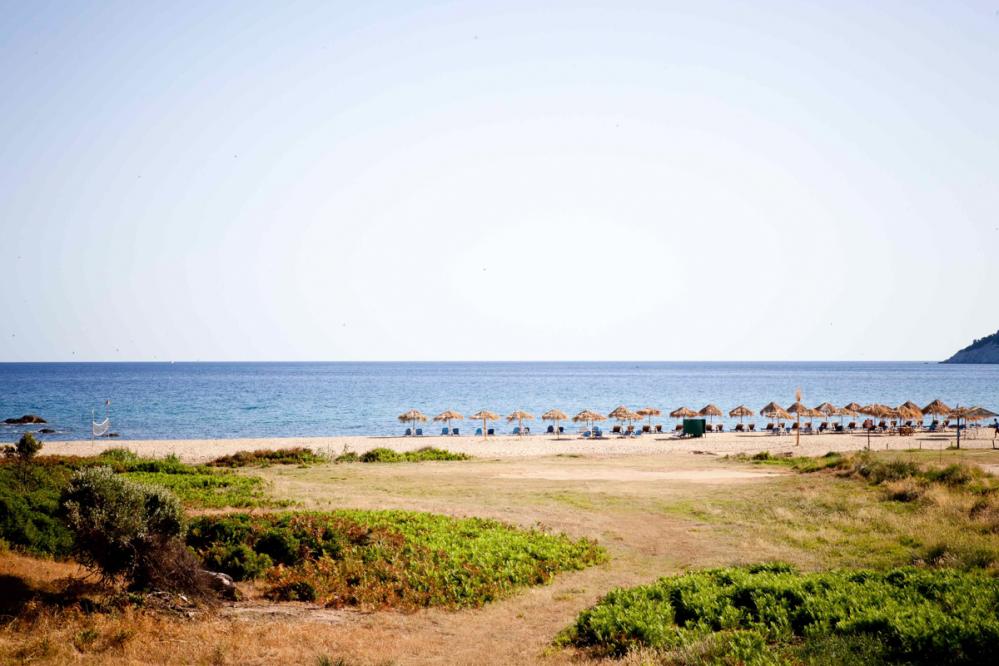 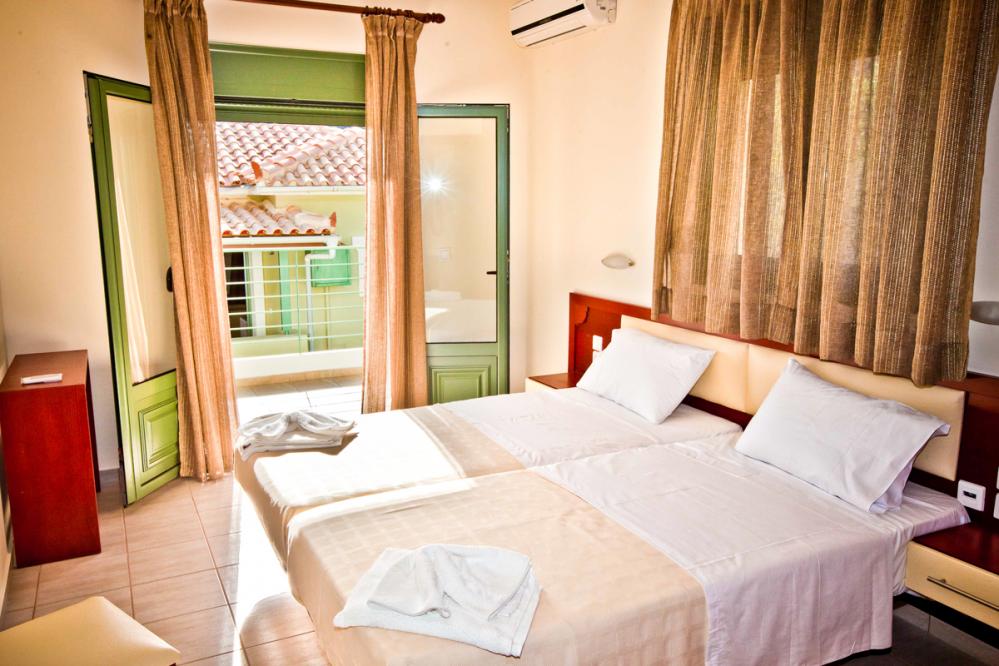 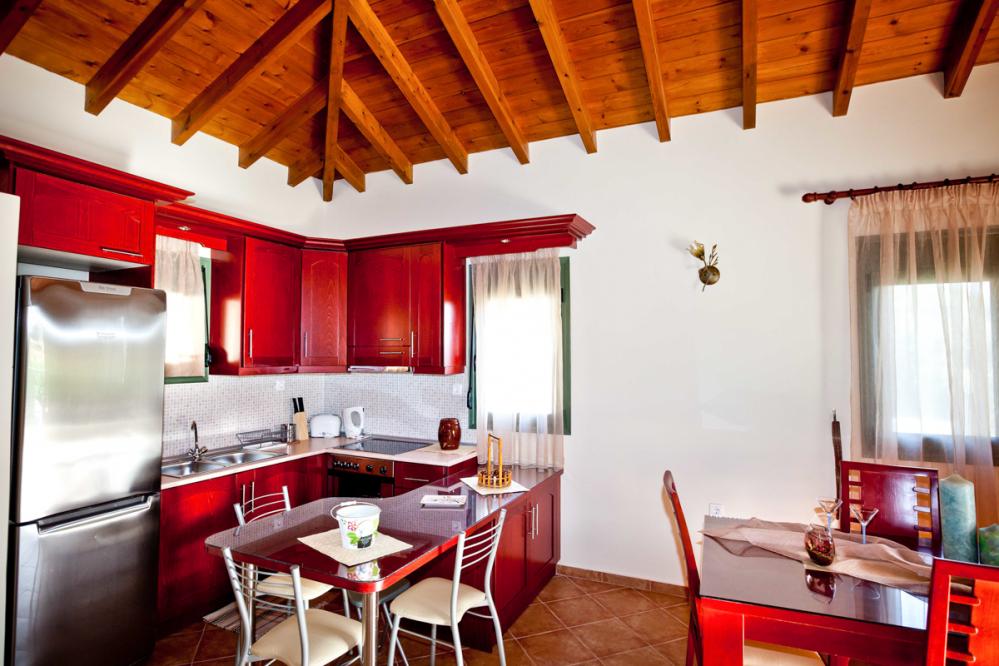 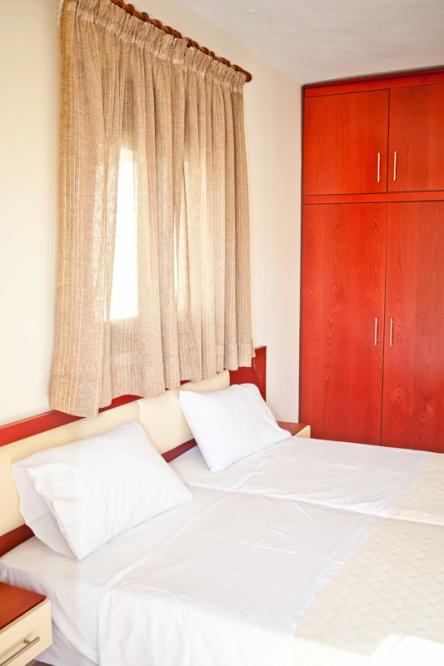 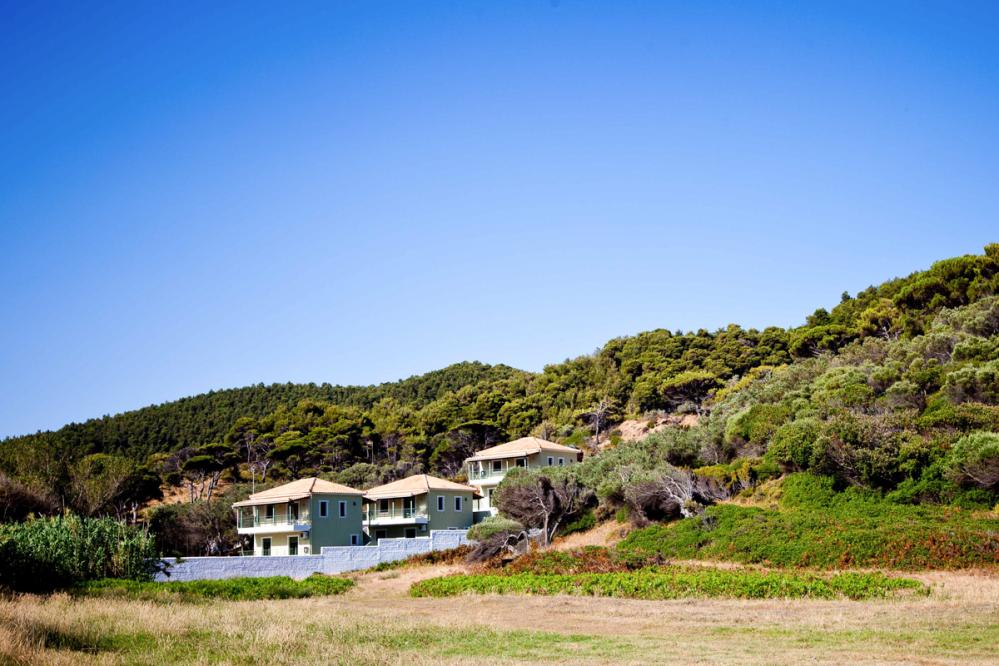 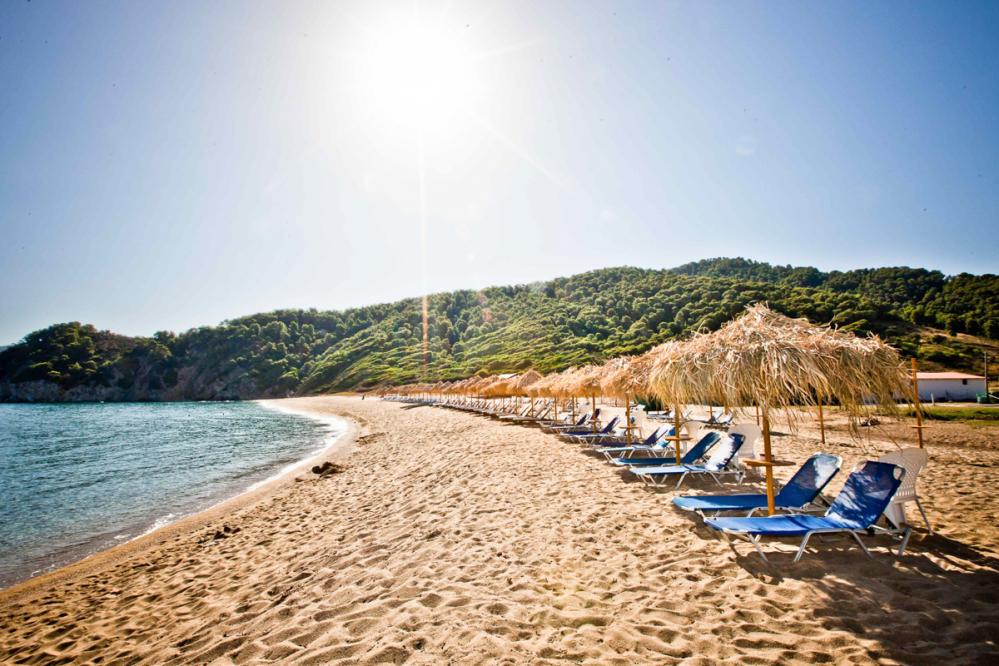 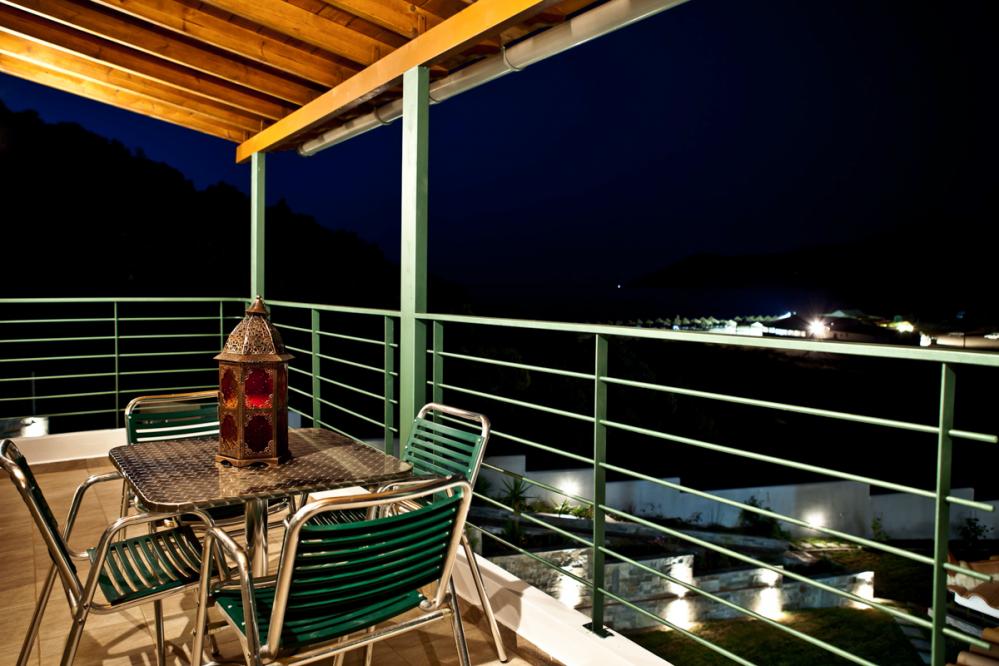 Right by the beach and sleeping up to six guests, Villa Alexio 3 is located in Aselinos on the northern coast of Skiathos. Everything on this beautiful Greek is...

Right by the beach and sleeping up to six guests, Villa Alexio 3 is located in Aselinos on the northern coast of Skiathos. Everything on this beautiful Greek island is within easy driving distance, and you have a lot to enjoy back at base, including a lounger-lined sun terrace and a magnificent private pool.

Just 70m away from the peaceful Aselinos Beach, this property is perfect for all the family. As well as the private pool, you have a spacious garden with a barbecue and a children’s play area. The sun loungers lined up poolside have parasols so you can get some shade from the sun too.

Inside, you will find the open-plan living area on the upper floor, giving it a wonderful view of the Aegean Sea from the adjoining balcony terrace. There is a seating area with two sofas, a TV with satellite channels and DVD, and a dining area with seating for six. The kitchen also forms part of this space, featuring a breakfast bar and all the appliances you may need, including a large fridge freezer.

A bathroom with a spacious shower is located on the same floor, while two bedrooms can be found downstairs. There is a double and a twin room, both of which have direct access to a balcony terrace right beside the pool. Sofa-beds in the lounge provide sleeping space for the two remaining guests. The house is equipped with air-conditioning and Wi-Fi, and offers onsite parking.

West coast beaches like Koukounaries and Banana are within a 20-minute drive, and it’s not much further to the island’s main town which shares its name. Skiathos town is the centre of dining and nightlife, and has waterfront restaurants, bars and clubs which are particularly popular during the summer months. There are several beaches close to the town too, which also counts some small museums and an open-air cinema among its attractions.

Villa Alexio 1 is in a complex of three identical villas, overlooks the sandy beach of Aselinos.

A Greek island favourite, Skiathos packs in more stunning beaches than you could reasonably expect. ...

A Greek island favourite, Skiathos packs in more stunning beaches than you could reasonably expect. With 60 of those, and some beautiful areas of countryside, it’s an undeniably photogenic place with a chilled vibe and, in recent years, a movie connection – thanks to its presence in Mamma Mia!

Skiathos town, or the Chora of the island, lies on the southern coast, providing a centre for shopping, dining, entertainment and other visitor-friendly activities. It is certainly the place to be if you want to try a plethora of restaurants – you can find many down by the harbour, and others tucked away around the picturesque Old Town.

In the evenings, particularly during the summer, Skiathos comes alive in its late-night bars and clubs. If that’s not your scene, the open-air cinema is a popular choice for a night out – in a building without a roof, you can find it showing movies throughout the summer. During the day, you can visit some small museums or admire the churches around town – one is near the Agios Nikolaos clock tower which looks over the town and provides magnificent views out to sea and to the neighbouring island, Skopelos.

It’s easy enough to get around Skiathos, thanks to a regular bus service on the main routes, and driving distances which are rarely more than 30-40 minutes. Water-taxis also provide a scenic way of travelling from one coastal spot to another. The choice of beaches is varied, with everything from family-friendly to naturist. Some have a legendary status like Koukounaries; an unspoilt gem said to be one of the world’s most beautiful beaches, while others are less discovered and likely quieter. Many of those – such as Aselinos and Stigero – are found along the northern coast.

With a fun play area and a sizeable pool just outside, there’s always a good time to be had at Vil...

With a fun play area and a sizeable pool just outside, there’s always a good time to be had at Villa Alexio 3. Kids will feel right at home being able to play in the garden or on the nearby beach, which is literally one minute away. For quieter moments, there’s satellite TV and Wi-Fi connectivity to keep them in touch with the rest of the world.

There are dozens of more beaches all over the island, many of them with good family facilities. Some are set up with loungers, beach bars and such, while others are remote, peaceful and all-natural. However, they like their beach life, they will find a place to their liking. Skiathos delivers great food experiences too, and if they can’t be persuaded to try the local favourites, there’s no shortage of pizza, ice cream and the like.

Be sure to stop to see a movie at the open-air cinema in Skiathos town, open during the summer months. It’s not always (the locally filmed) Mamma Mia! but when it is you can be guaranteed a sing-along. If ABBA isn’t their thing, you might find some notable DJs supplying the soundtrack at the beach club, as Skiathos is something of a regional hub for cool nightlife.

Please note that all services are subject to availability and must be requested in advance and that due to some rural/remote locations, not all services will be available at all properties. Prices are on request. We will always do our best to fulfill your requests! 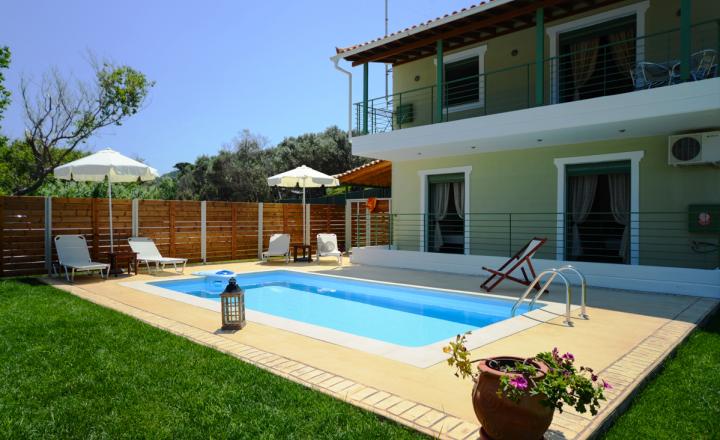 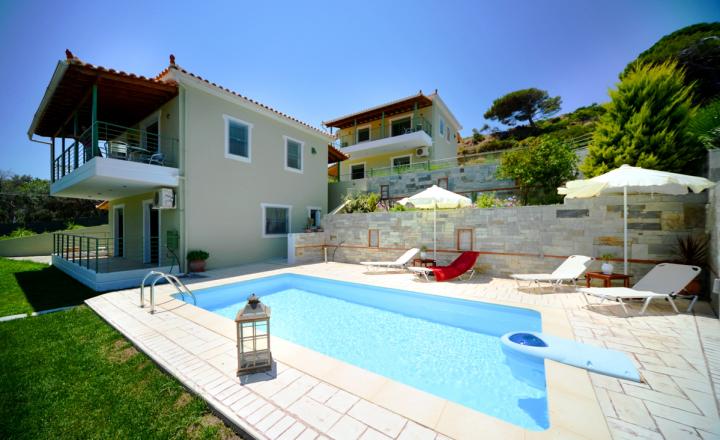 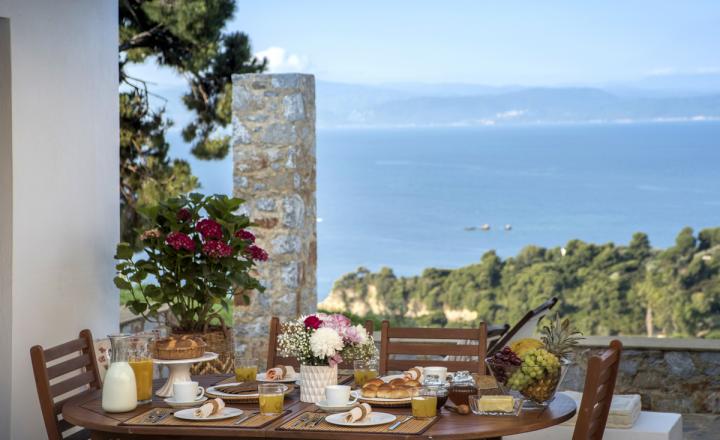 Ask a question about Villa Alexio 3