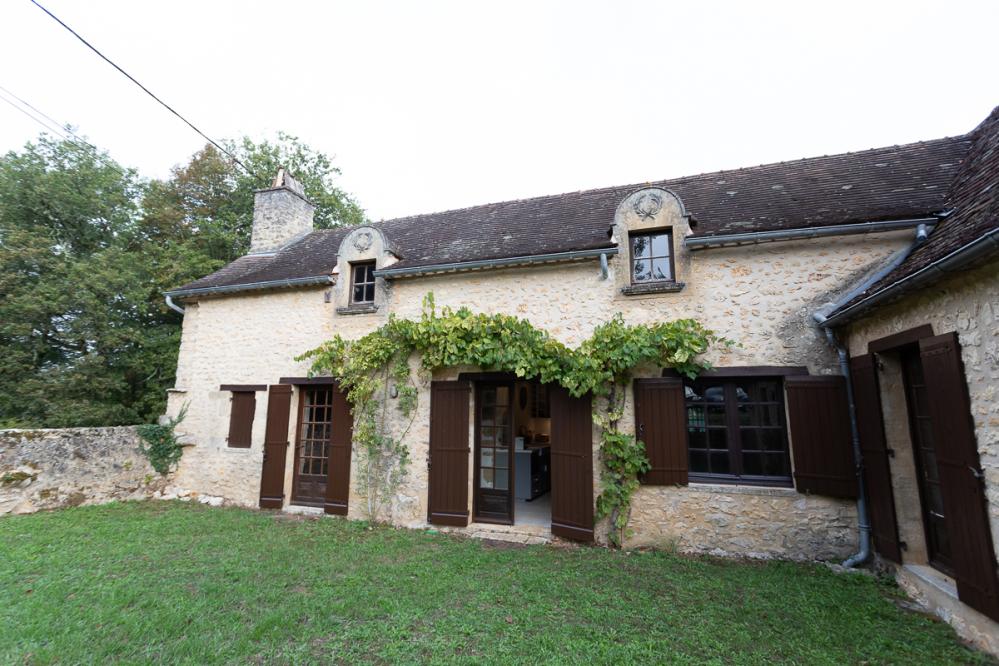 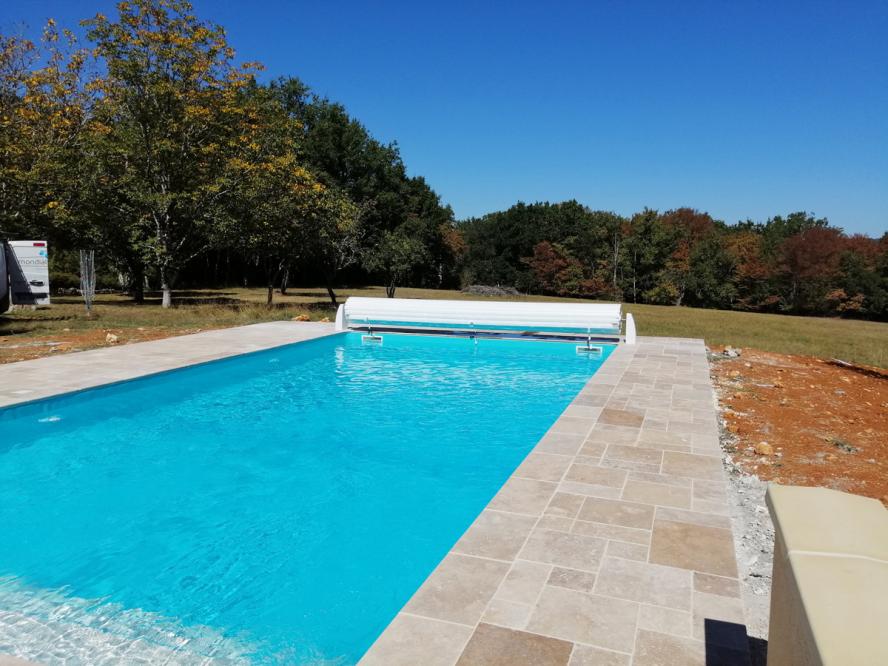 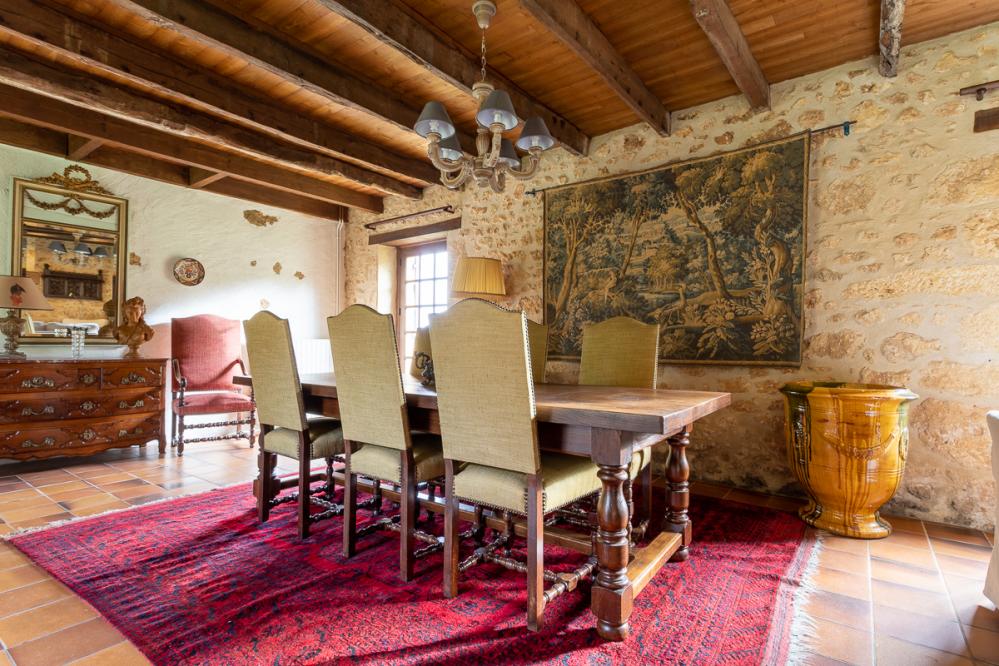 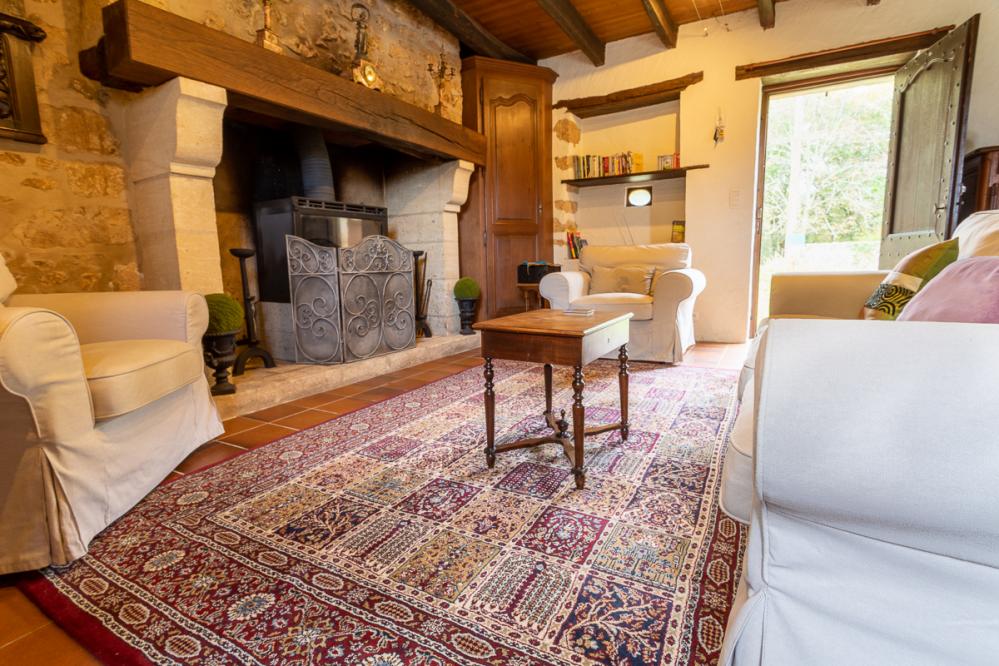 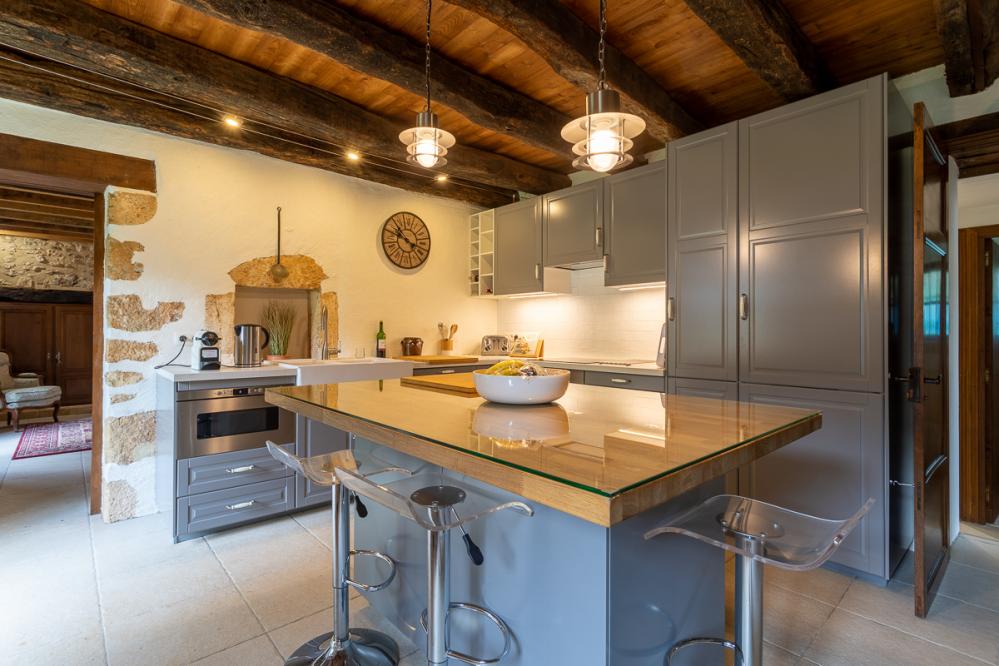 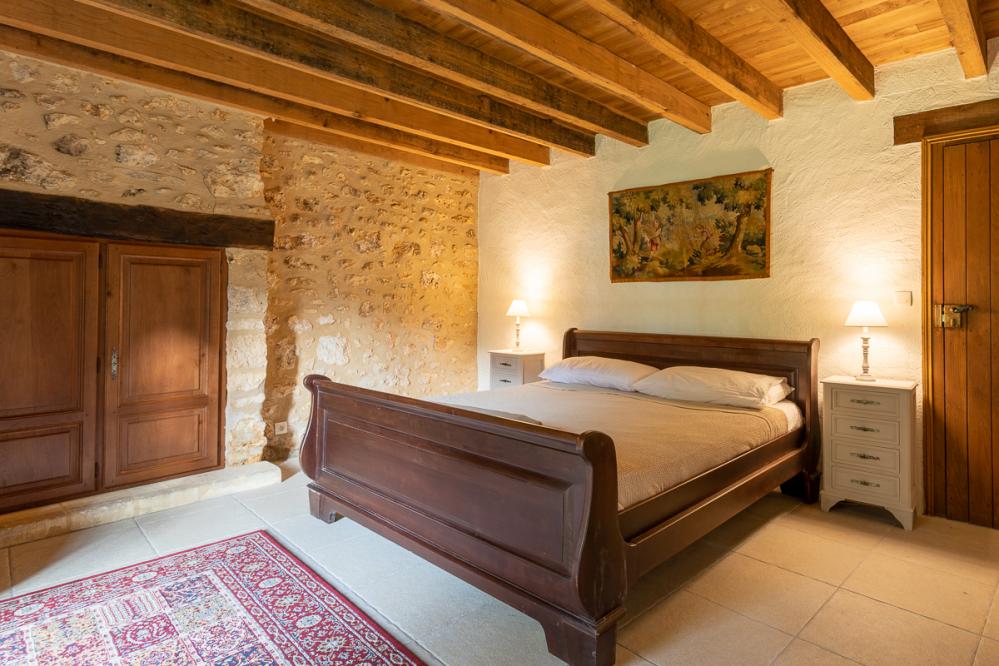 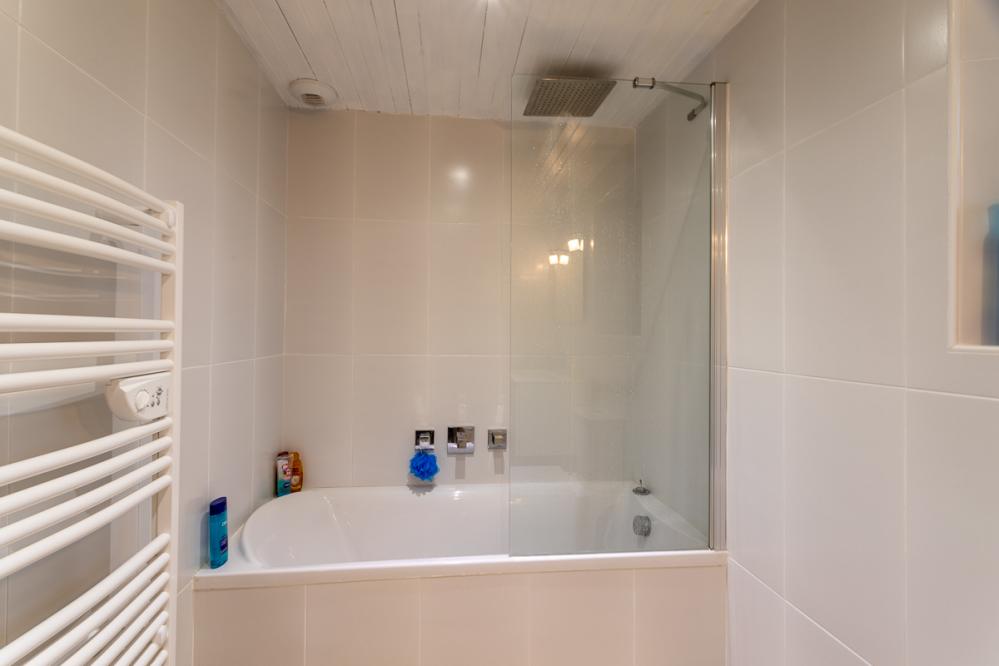 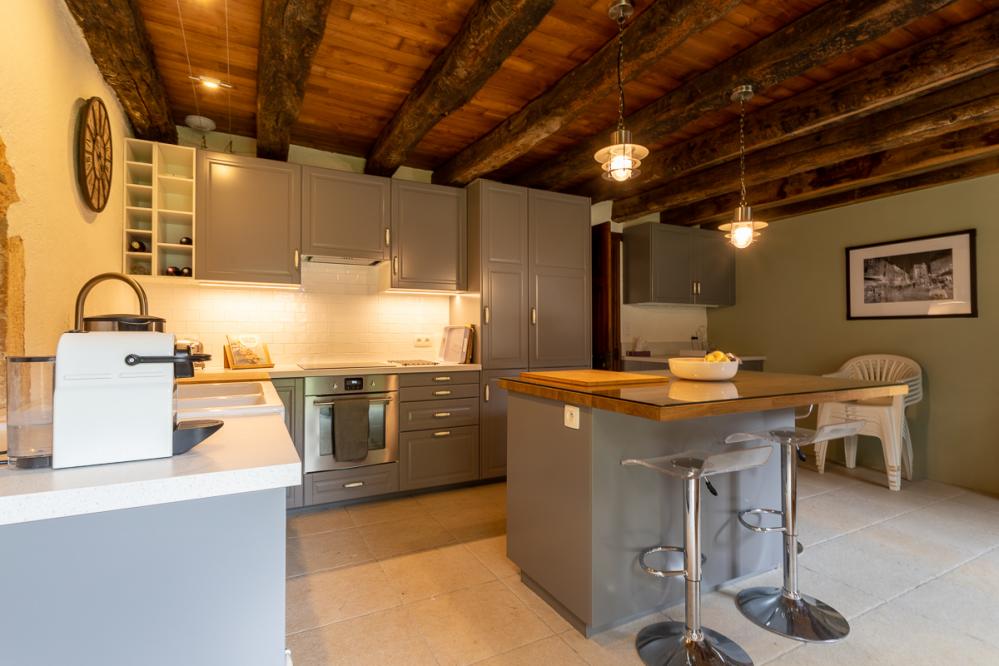 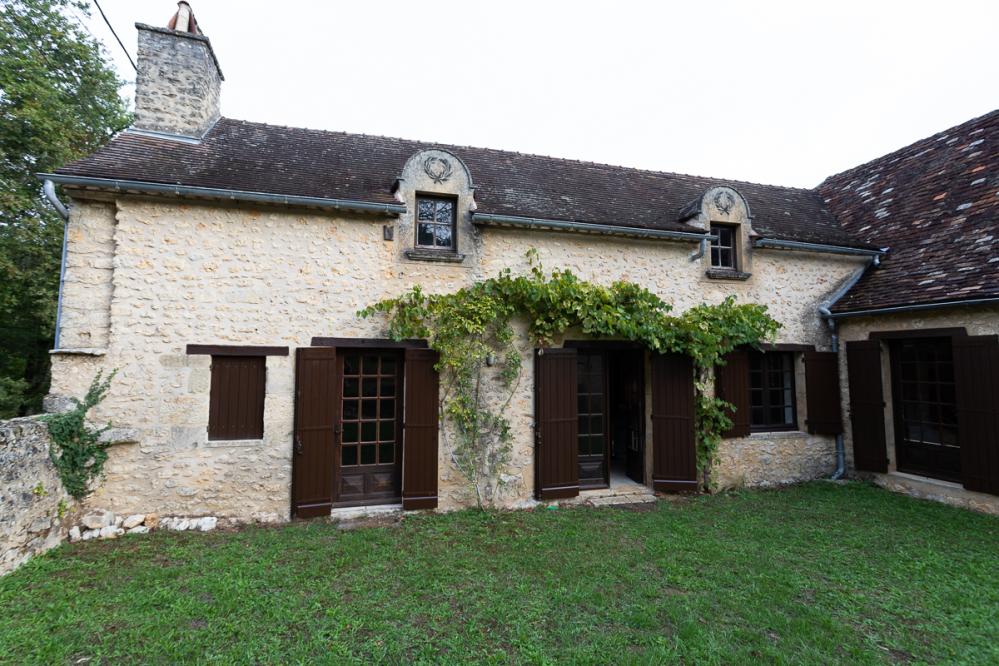 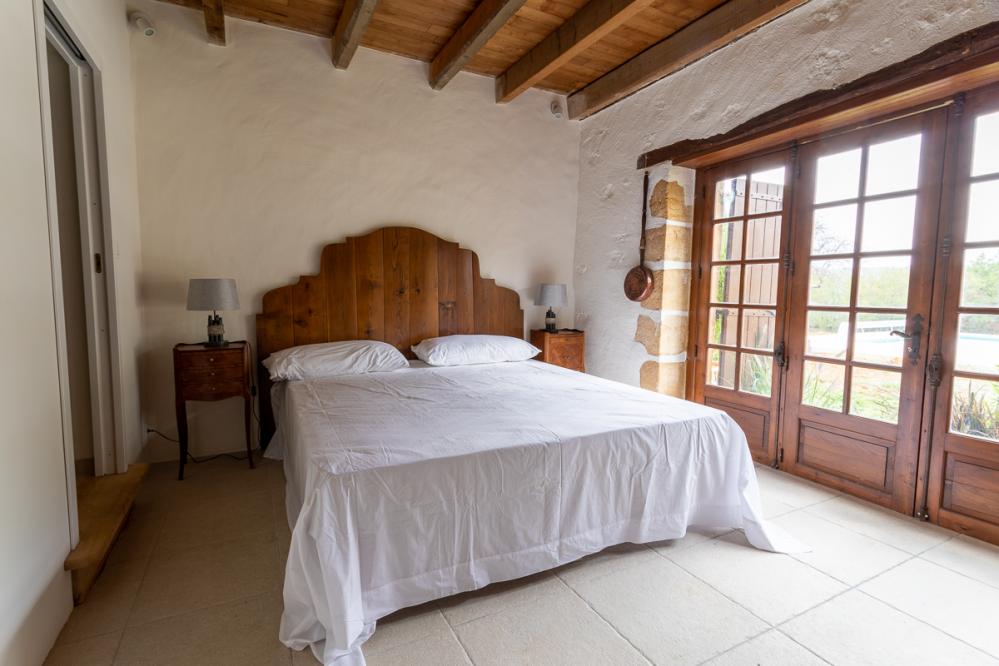 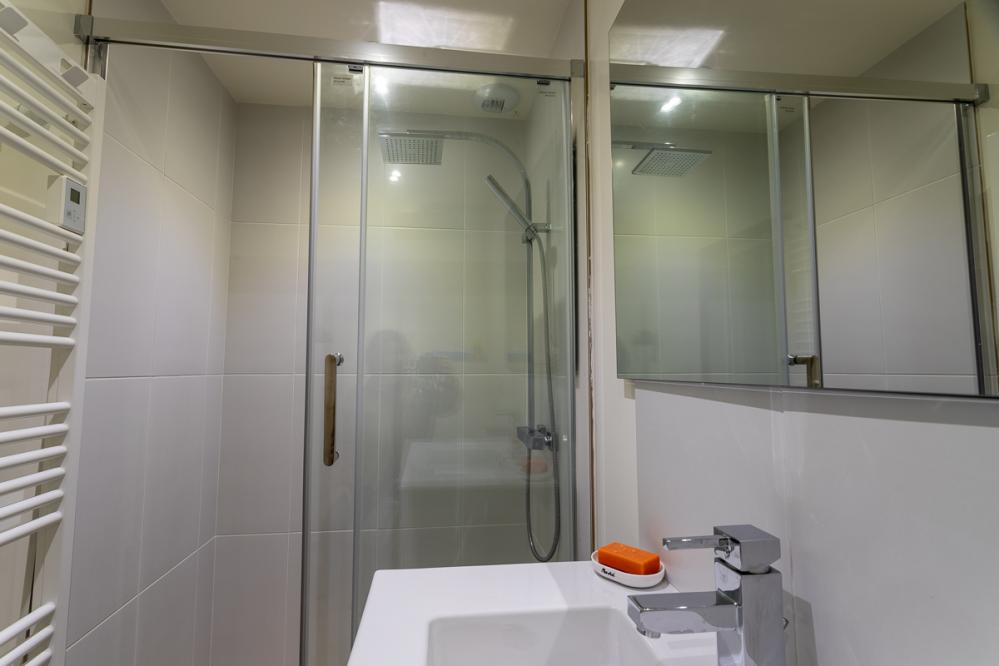 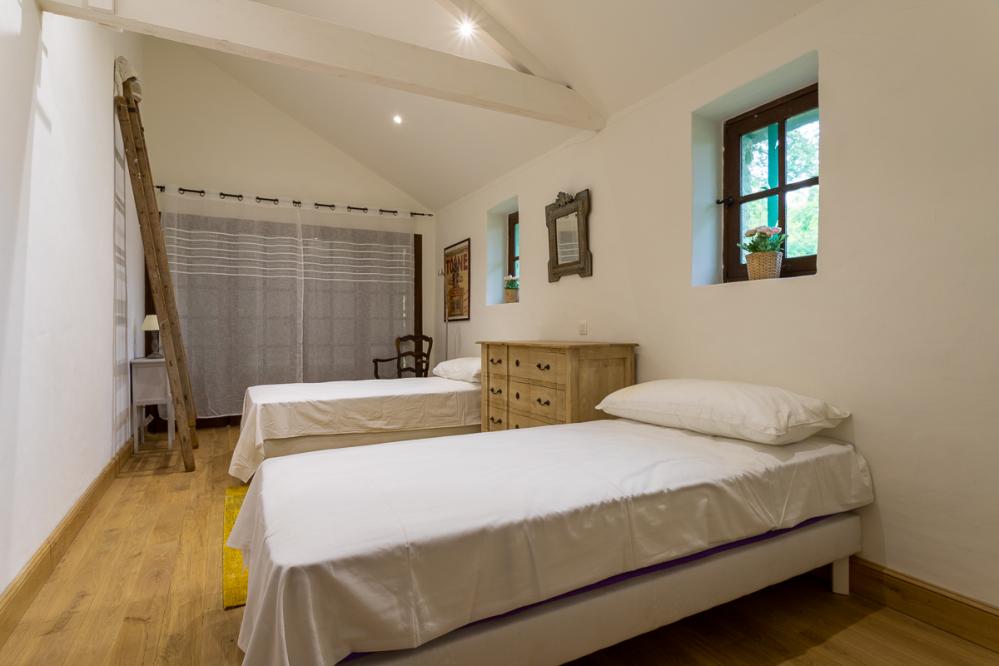 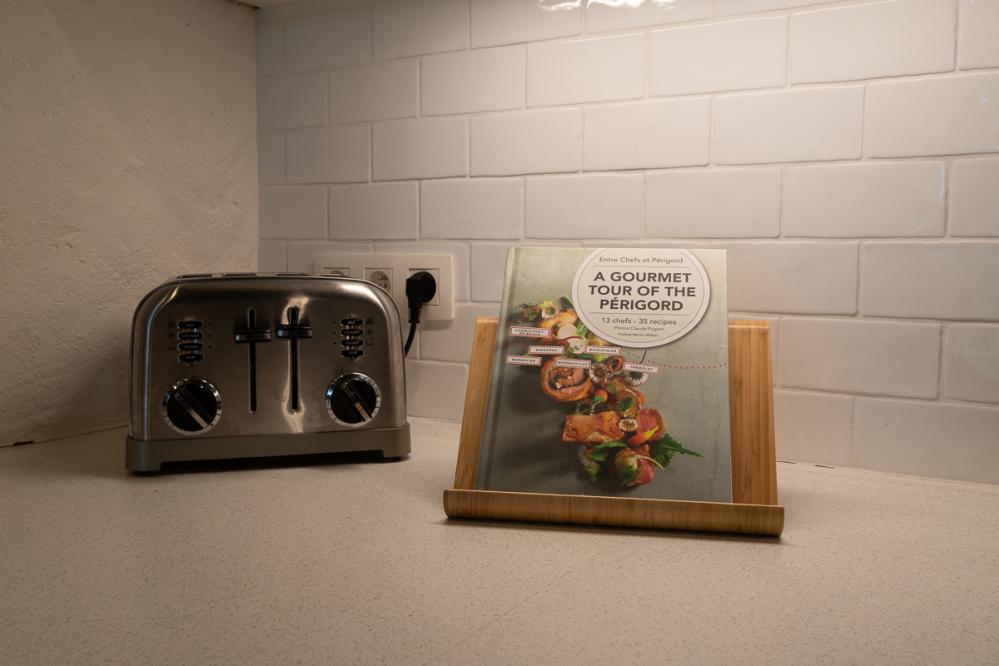 Enjoy woodland and valley views along the quiet lane before reaching your rose clad holiday home with its laurels and well-tended front lawn to welcome you. It..

Enjoy woodland and valley views along the quiet lane before reaching your rose clad holiday home with its laurels and well-tended front lawn to welcome you. It’s in such a peaceful setting, within walking distance of a small old village, close to Les Eyzies and the glorious landscapes of the Vézère valley.

The spacious, private grounds of meadow and woodland behind the house are near several walking trails - if you are lucky, you might catch a glimpse of some deer. The new and beautifully landscaped pool is the perfect place to survey this pastoral paradise with a glass of Sauvignon.

Step inside through the original front door of this house, which dates back to the 1690’s, and look at its wooden beams, stone walls, old fashioned tapestry and grandfather clock. Tasteful renovations and furnishing guarantee a very comfortable stay and you will particularly enjoy the modern kitchen with wooden work surfaces and breakfast bar. There is elegant dining for six behind the comfy seating area surrounding a large wood burning fireplace - a separate cosy TV room is to be found in the rear wing.

The Dordogne is a magical region to visit with its fairy tale châteaux and exquisite medieval villages. There are spectacular caves and prehistoric drawings to marvel at, particularly in nearby Les-Eyzies-de Tayac-Sireuil and the world famous Lascaux caves in Montignac.

Food lovers will enjoy the delicious black truffles and goat’s cheese accompanied by one of the fantastic local wines. The energetic and adventurous will find a wide range of outdoor activities to enjoy here such as canoeing, riding, tennis, hiking, mountain-biking, golfing and fishing.

The attractive market town of Le Bugue enjoys a riverside position with Tuesday and Saturday markets. Limeuil is a truly picture postcard village above the confluence of the Vézère and Dordogne rivers while Domme, another one of Les Plus Beaux Villages de France, rises high above the river Dordogne.

Take a day trip to at least one of the four famous towns which boundary the area of Le Périgord Noir, between the Dordogne and Vézère rivers. Visit the Vesunna Museum in Périgueux, the Maison de Vins in Bergerac or be amazed by the medieval splendours of Sarlat and Monpazier.

Les Roses Trémières is situated down a peaceful lane within walking distance of an old village on ...

Les Roses Trémières is situated down a peaceful lane within walking distance of an old village on the banks of a tributary of the Vézère. It lies just north of the triangle of Le Périgord Noir, close to one of the Dordogne’s most historic villages, Les Eyzies, and near the market town of Le Bugue.

The famous historic village of Les Eyzies is just 5km by road or you can wander there via paths through the forest and near the Vézère in around 3km. It’s a fascinating place and home to the Musée National de Préhistoire.

The nearby market town of Le Bugue (9km) is the place to go for its Tuesday and Saturday markets as well as exploring its winding streets, traditional houses and riverside position on the Vézère. Limeuil (17km), one of the classified French ‘Plus Beaux Villages’, is on the confluence of the two rivers with a fantastic view from Les Jardins Panoramique.

The lovely little village of Campagne (10km) lies further east along the Vézère valley and it’s worth climbing up the steep path for a panoramic view of the steeply pitched Périgourdine roofs below.

Between Limeuil and Campagne is the small town of Audrix (17km) which has a Saturday night market during July and August, a swimming pool and the tempting aroma of fresh bread baked in a traditional fire oven. Here you’ll find the Gouffre de Proumeyssac, the “Cathedral of Crystal”, a huge cave with a collection of wonderful stalactites which has music and light shows.

Yet another stunning place to visit is Domme (38km), situated high over the Dordogne river with a myriad of caves beneath the main square.

There are many more towns and cities to visit nearby such as glorious Monpazier (44km), a bastide town dating back to the 13th century. The small city of Périgueux (40km), in the north is famous for its delicious black truffles and to the south, medieval Sarlat (27km) is well worth a visit. Don’t forget to head westwards to visit the famous Maison de Vins in Bergerac (52km).

With so many places to visit, it’s easy to forget that the Dordogne also offers a wide range of outdoor activities such as riding, tennis, hiking, biking, golfing, water sports and fishing. Canoeing along the rivers is a big thing in this area - you can do so in nearby Le Bugue and on the Dordogne river just north of Le Buisson-de-Cadouin (22km).

The pace of life in the Dordogne is languid, laid back and positively infectious. Relax in bucolic beauty as you drift along the Dordogne River, or wander among the forests and hillside of the Périgord Natural Park.

The foodie scene too, is a relaxed affair. Take your time over your lazy lunches of local duck, black truffles and goats cheese. If you’re feeling energetic, you can even hunt for them yourself. The wine here is second to none, with infamous grapes like Cabernet Sauvignon, Merlot and Chenin Blanc all having a huge presence here.

The Dordogne is also brimming with history. Castles and chateaux are scattered throughout the region, among the enchanting medieval villages. History of an altogether more ancient sort can also be explored in the incredible prehistoric cave drawings of Lascaux and Grotte de Rouffignac.

Canoeing along the rivers is wonderful in this area – hire a brightly coloured canoe in nearby Le ...

Canoeing along the rivers is wonderful in this area – hire a brightly coloured canoe in nearby Le Bugue or on the Dordogne just north of Le Buisson-de-Cadouin where there’s a river beach for a picnic afterwards.

There are also some fantastic caves to visit -  Grotte de Bara Bahau is a prehistoric cave on the edge of Le Bugue whilst the “Cathedral of Crystal” at Gouffre de Proumeyssac , Audrix, is a huge cave with stalactites and music and light shows.

Le Bugue is a great area for child-friendly attractions - the Aquarium du Périgord Nord has an alligator park for extra excitement or spot wild boar in the woods of Les Sangliers de Montemart. You can also see what life was like for the inhabitants of Bournat at the eco-museum and theme park. 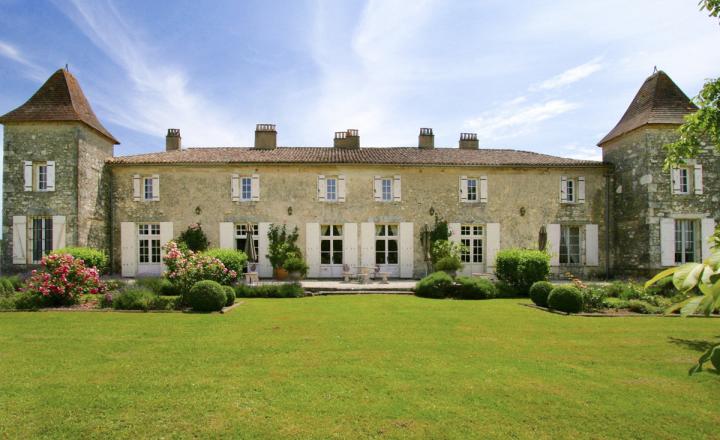 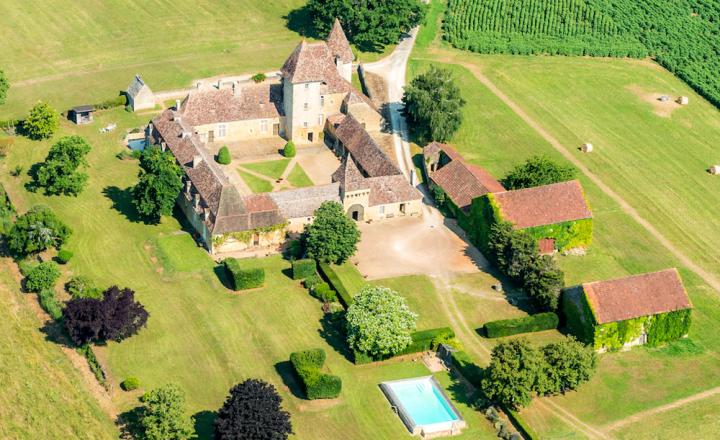 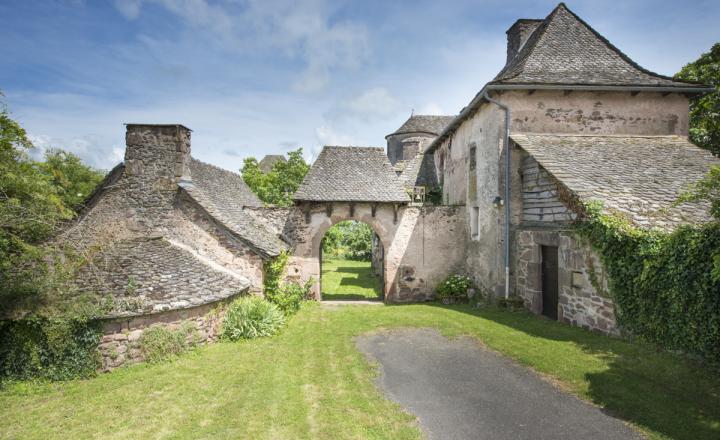