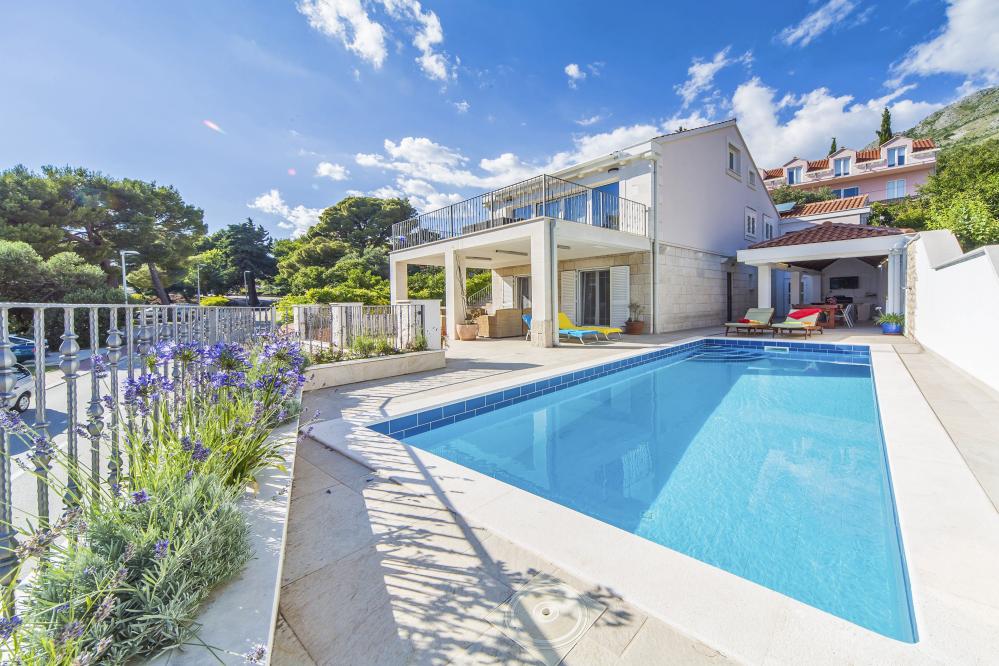 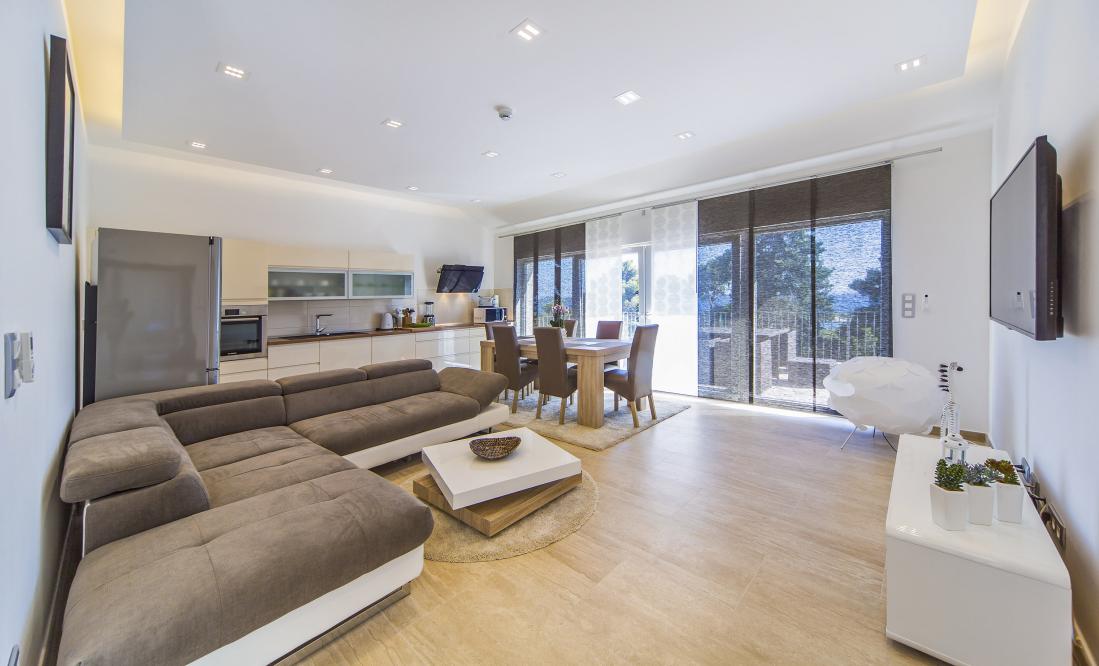 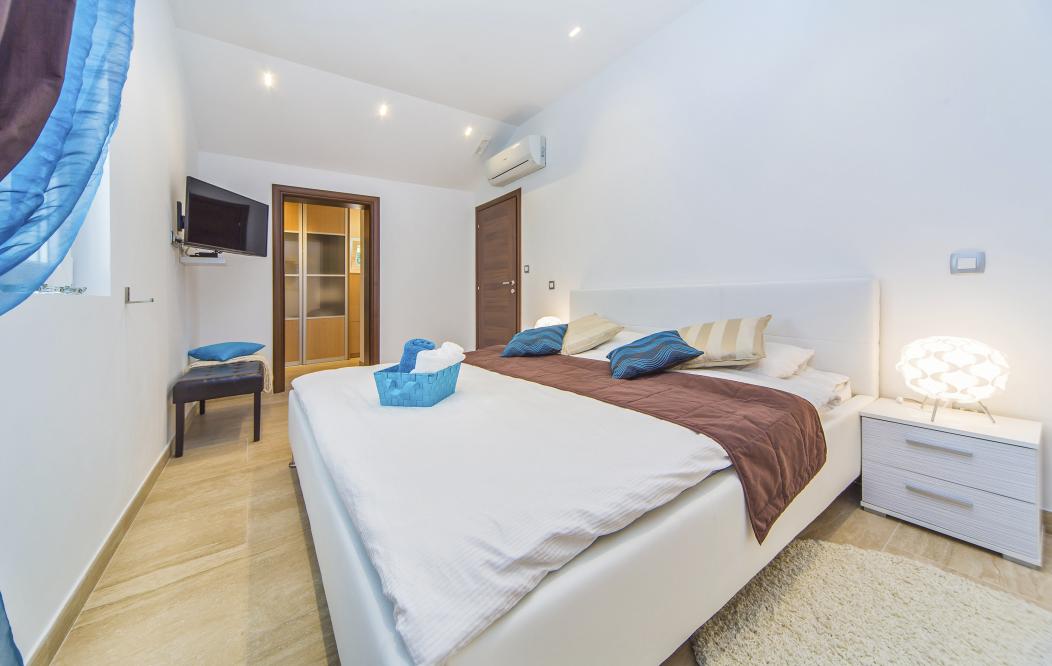 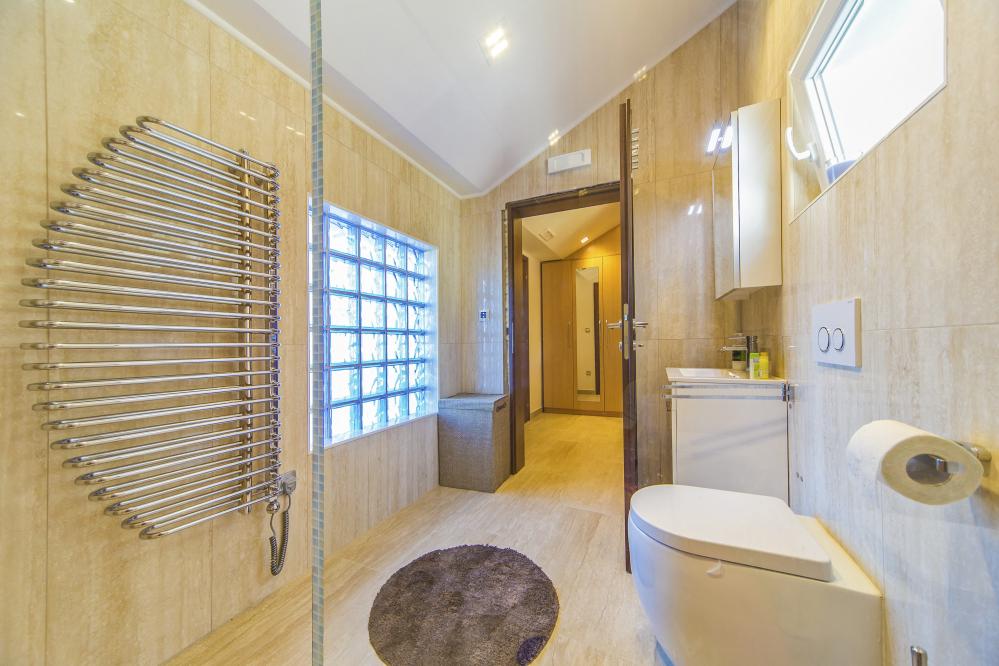 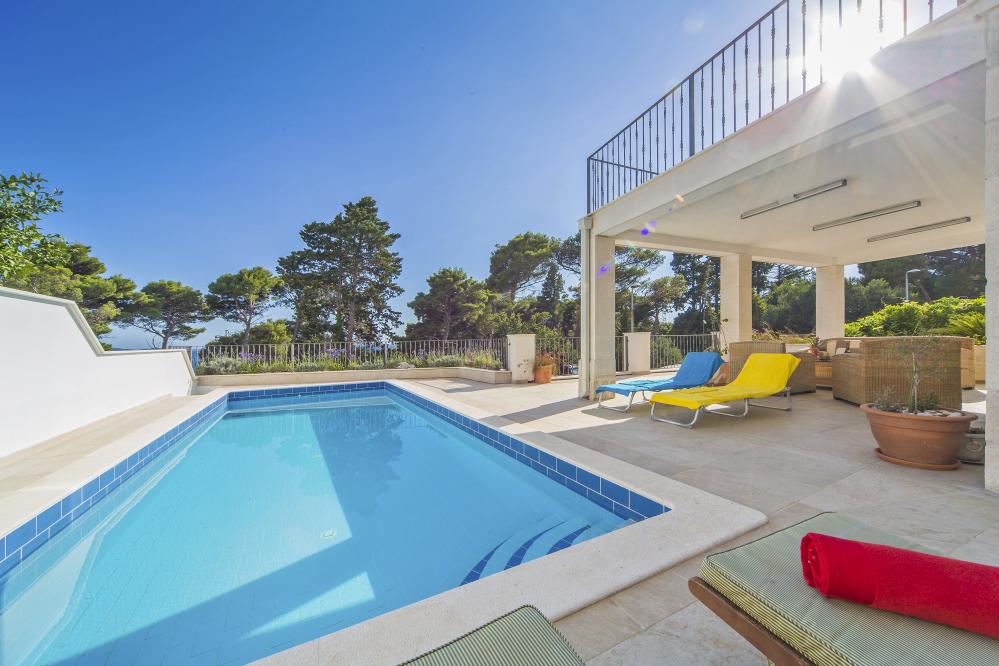 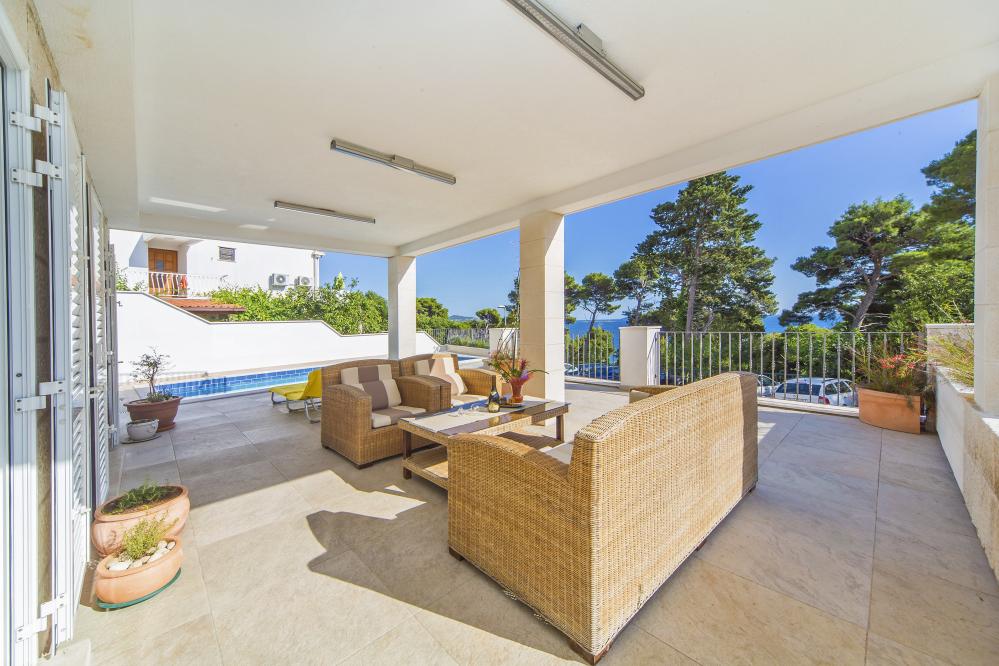 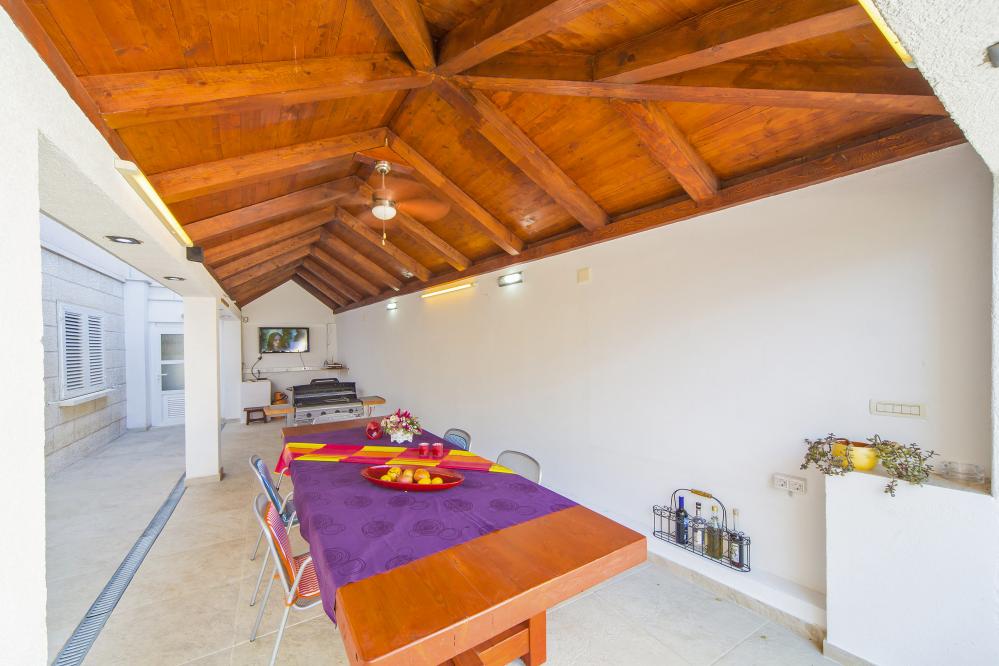 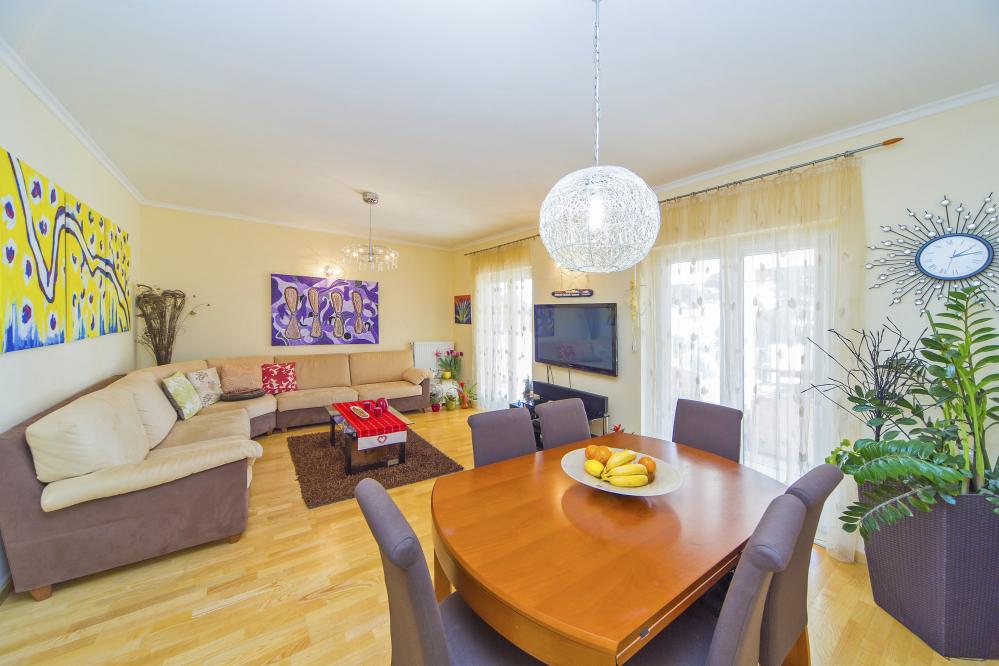 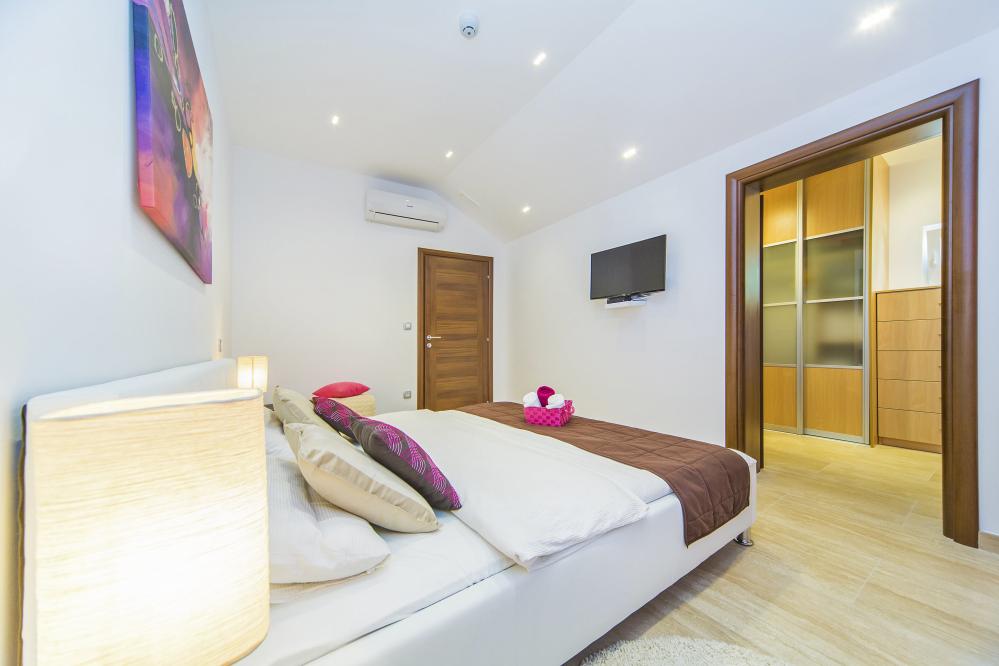 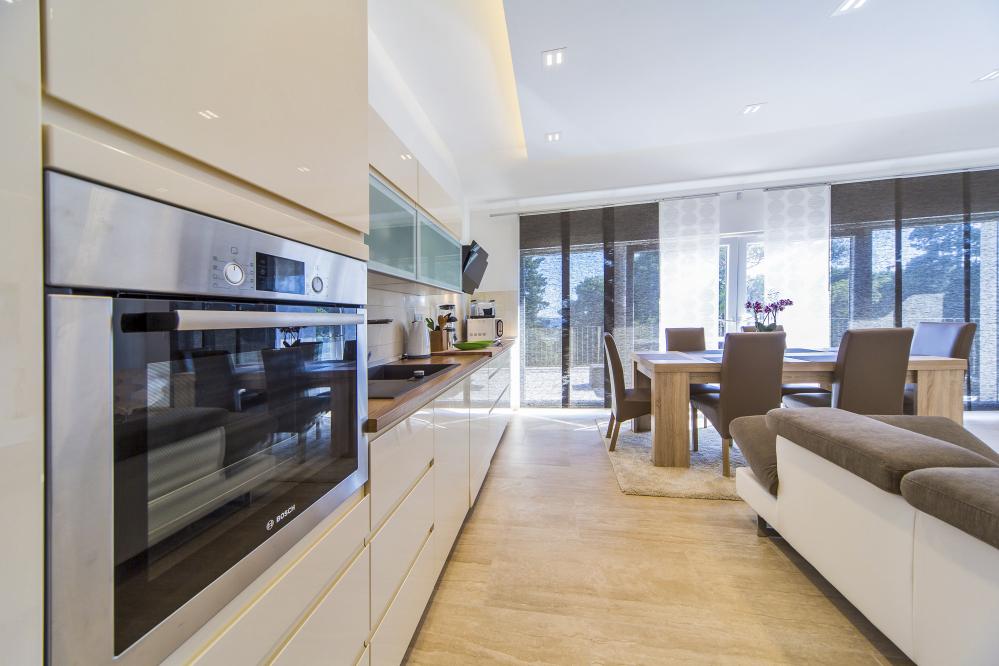 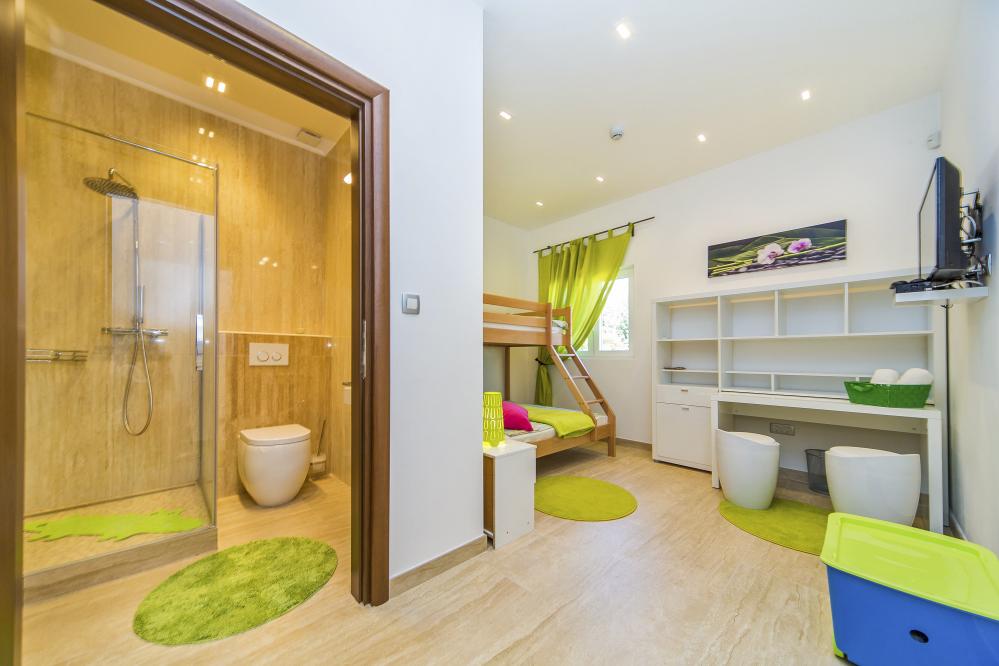 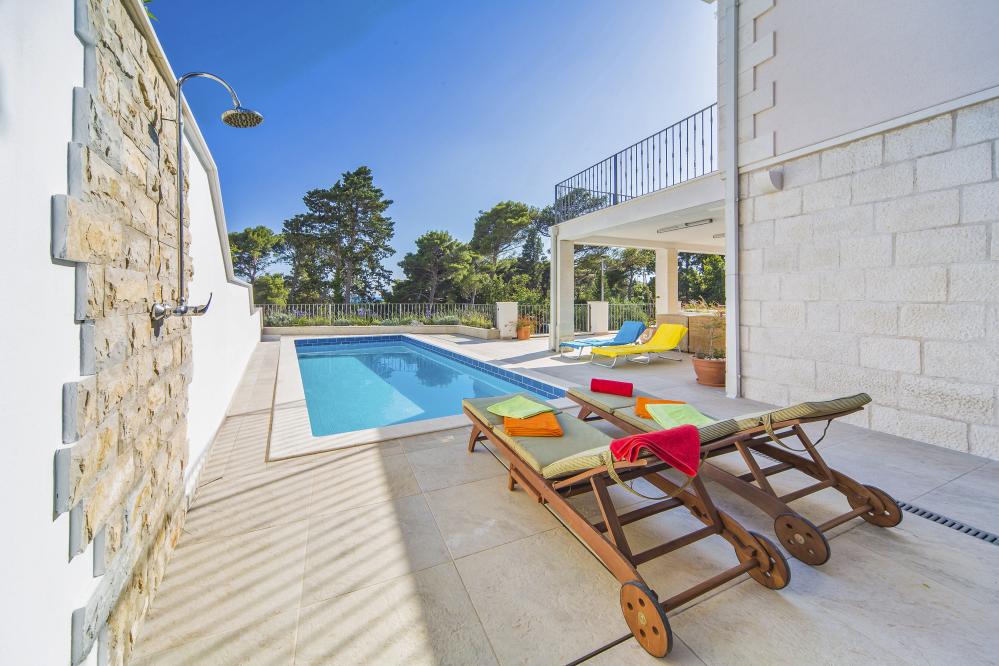 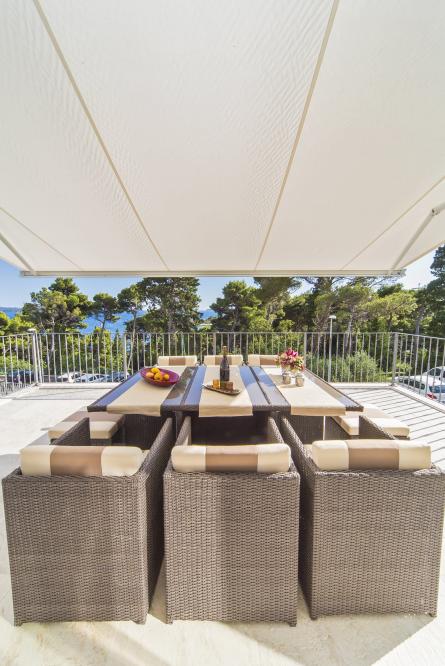 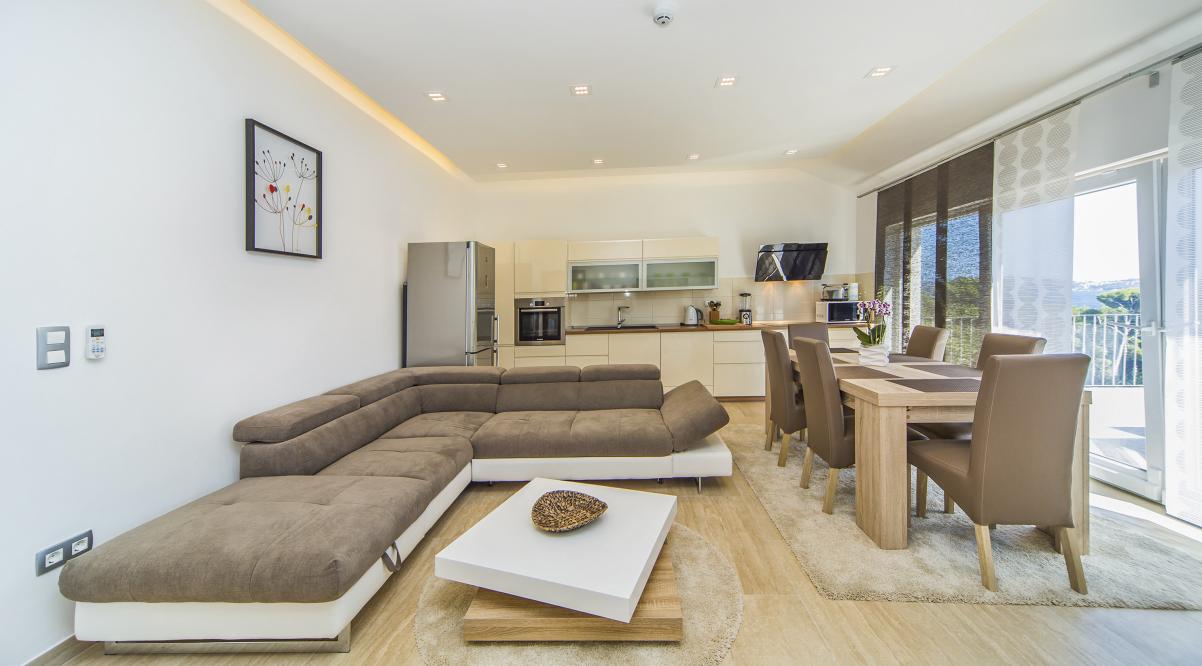 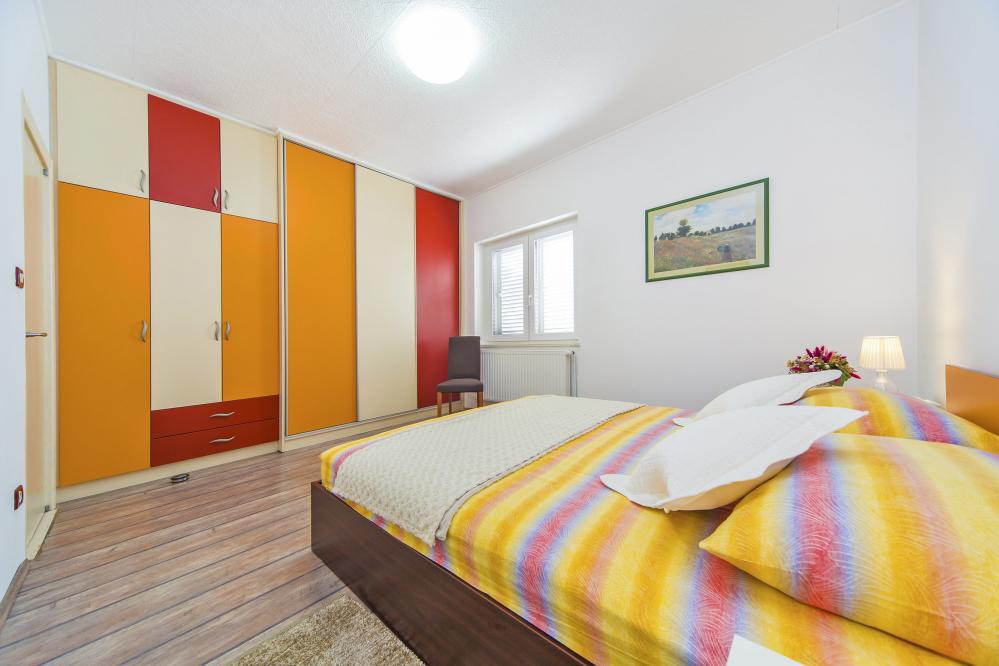 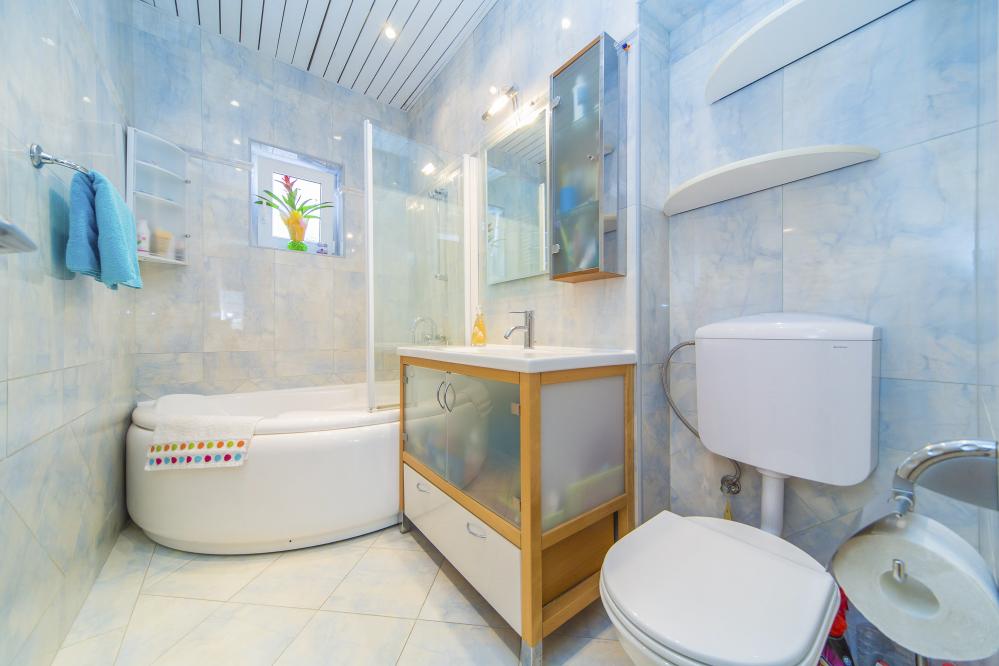 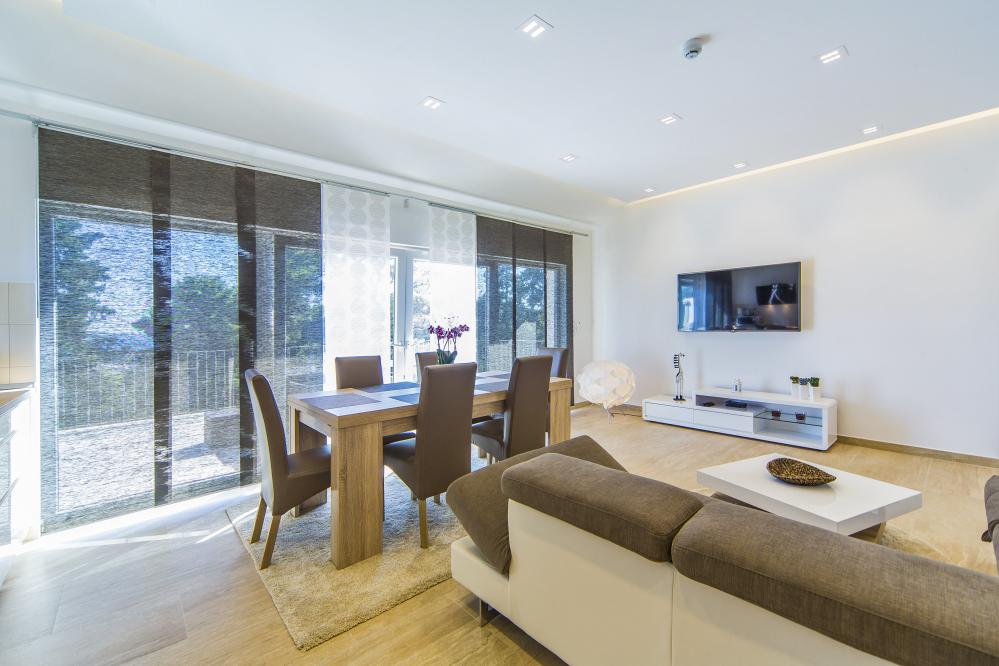 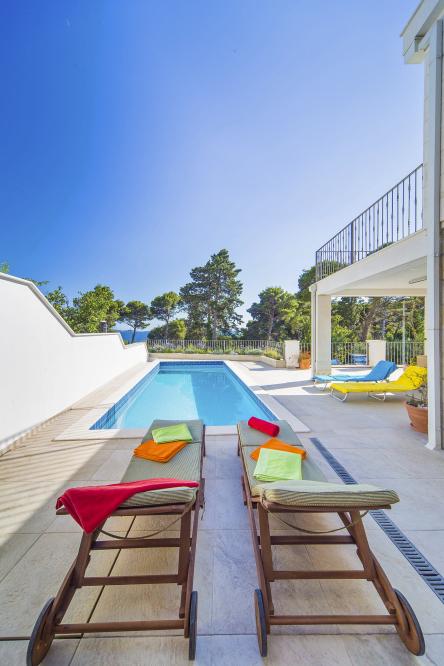 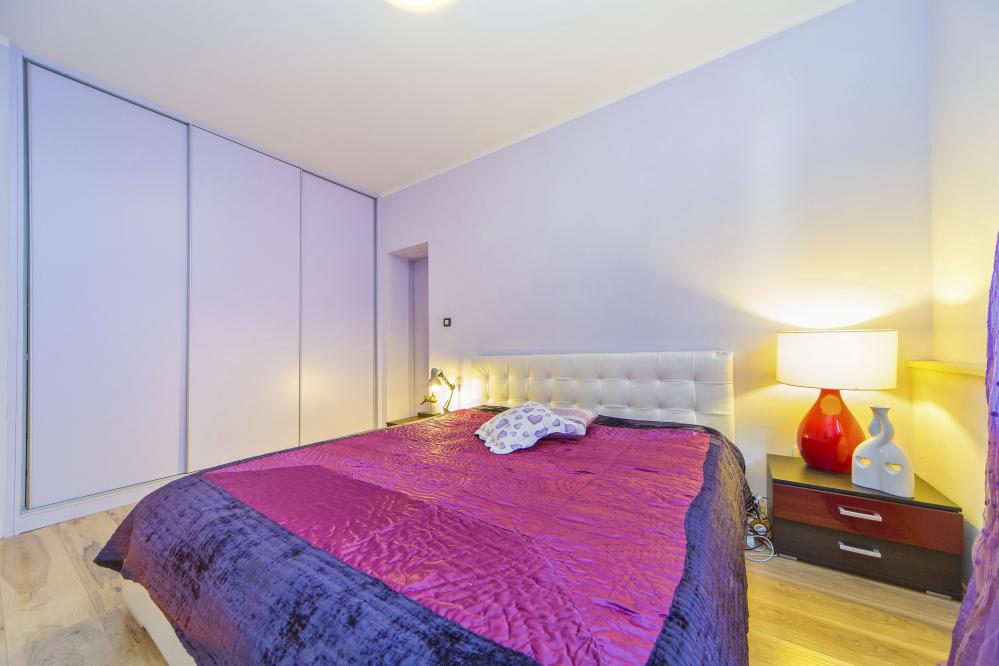 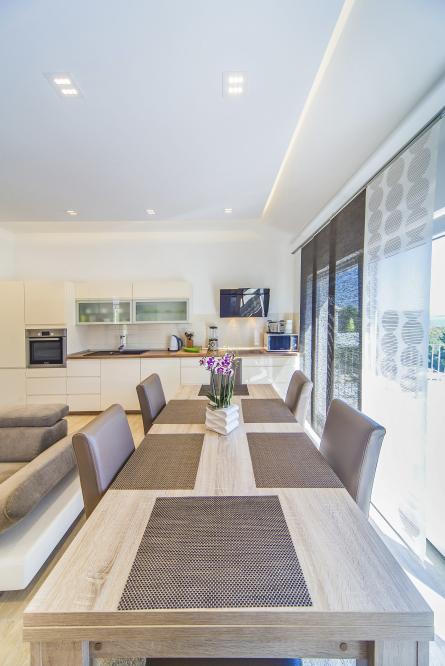 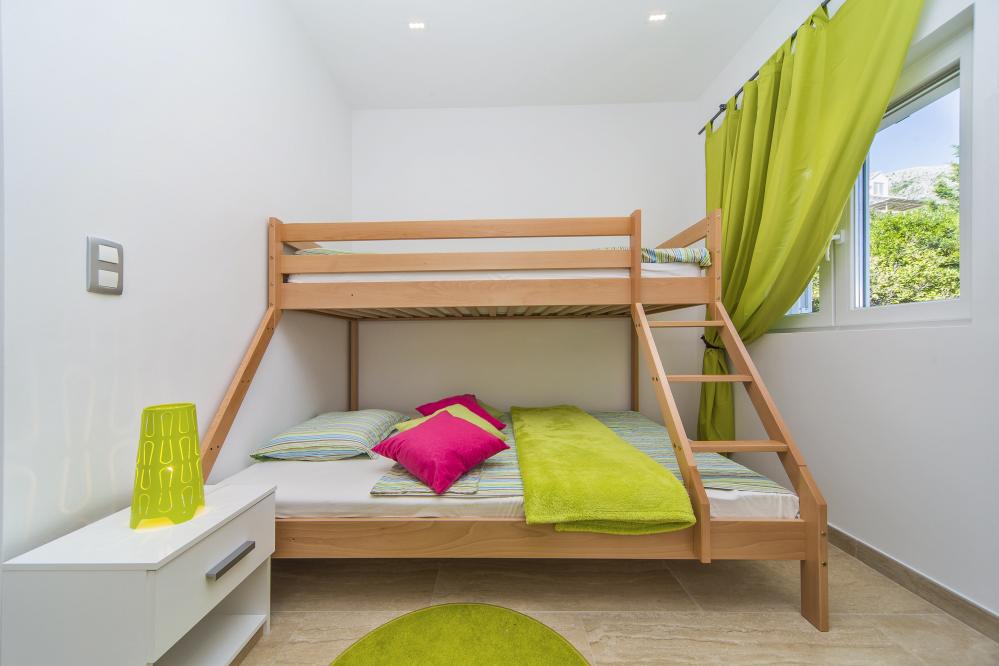 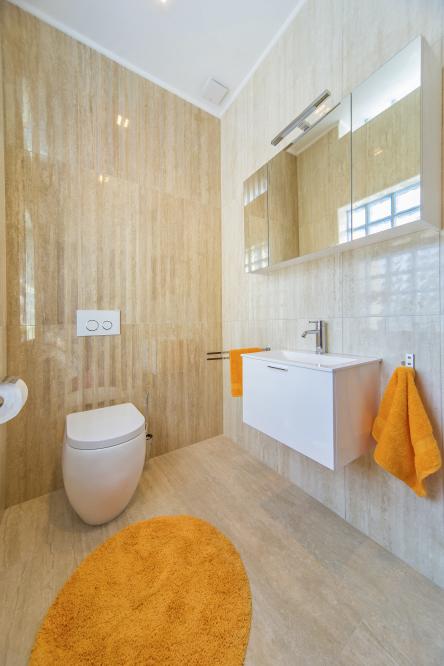 Located in the quaint coastal village of Mlini and only 10 km from the popular town of Dubrovnik lies the contemporary Villa Mlini. The convenient location mean...

Located in the quaint coastal village of Mlini and only 10 km from the popular town of Dubrovnik lies the contemporary Villa Mlini. The convenient location means you are only a short stroll from the sandy beaches, restaurants and bars and therefore would be an ideal option for those looking to be close to modern conveniences.

Villa Mlini can comfortably accommodate 11 guests in 5 spacious bedrooms, 4 of which have private ensuite shower rooms. The contemporary design of the villa allows plenty of light to flood the rooms and provides a group ample space and privacy. There are 2 open-plan living rooms, one located on the ground floor and the other on the first floor. Patio doors from both living rooms lead either onto the pool terrace or onto a balcony where you can take in the coastal views.

Enjoy dining al fresco under the covered pergola where you will find a large dining table and barbecue. Take a dip in the private swimming pool or lounge on one of the sun loungers. Alternatively make yourself comfortable on the sofas under the covered terrace with a good book and a glass of wine.

Take a wander into the village further to explore the cafes, bars and restaurants and of course the beautiful beaches.

Hop on one of the boats from the harbour and take a short cruise across the bay to Dubrovnik.

A sofa bed is available and can accommodate an extra guest

Mlini is located south of Dubrovnik, embraced by the sea and sheltered by mountains. It has a mild a...

Mlini is located south of Dubrovnik, embraced by the sea and sheltered by mountains. It has a mild and pleasant climate. Here you can enjoy swimming from spring to late autumn.

Mlini is one of the best developed tourists resorts of the Dubrovnik area situated within a picturesque environment, beneath the historic mountain Spilan, almost penetrated into the shape of the mountain and the wooded rocky land. The name of the place comes from the mills (Mlini means "mills") that used to be moved by the waters of the rivulet Zavrelja. There is a beautiful promenade and a small harbour from which the boats depart several times a day to Dubrovnik, Cavtat and nearby islands. You will find here many sandy, pebble and hidden beaches. There are many restaurants and cafe bars in the immediate area.

Dubrovnik is Croatia’s most popular tourist destination, and it’s not difficult to see why. An essentially medieval town reshaped by Baroque planners after a disastrous earthquake of 1667, Dubrovnik’s historic core seems to have been suspended in time ever since. Set-piece churches and public buildings blend seamlessly with the green-shuttered stone houses, forming a perfect ensemble relatively untouched by the twenty-first century. Outside the city walls, suburban Dubrovnik exudes Mediterranean elegance: gardens are an explosion of colourful bougainvillea and oleanders; trees are weighted down with figs, lemons, oranges and peaches.

Dubrovnik is worth a visit at any time of year, although spring and summer – when life spills out onto the streets and café tables remain busy well into the night – bring out the best in the city. Croatia’s cultural luminaries visit the town during the Dubrovnik Summer Festival in July and August, bringing an added dash of glamour to the streets, while the main event in winter is the Feast of St Blaise on February 3, when the patron saint of the city is honoured by a parade and special mass, followed by much drinking and eating. 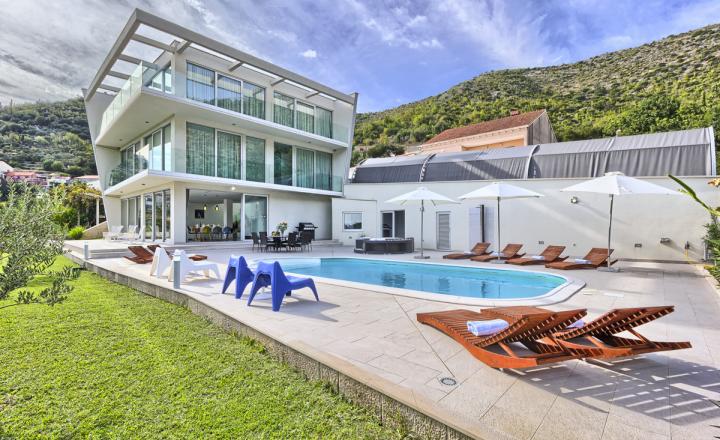 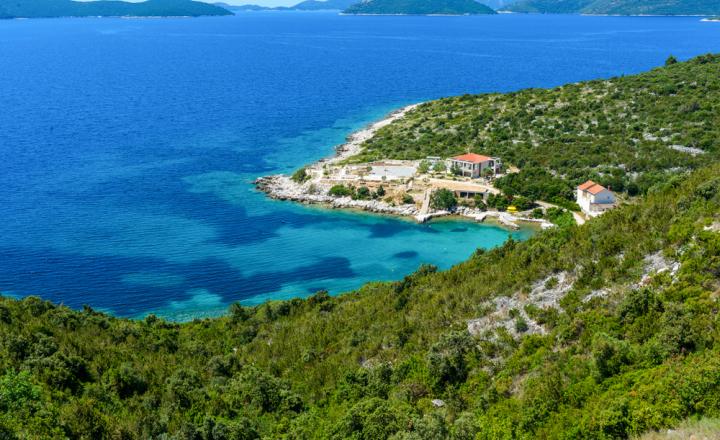 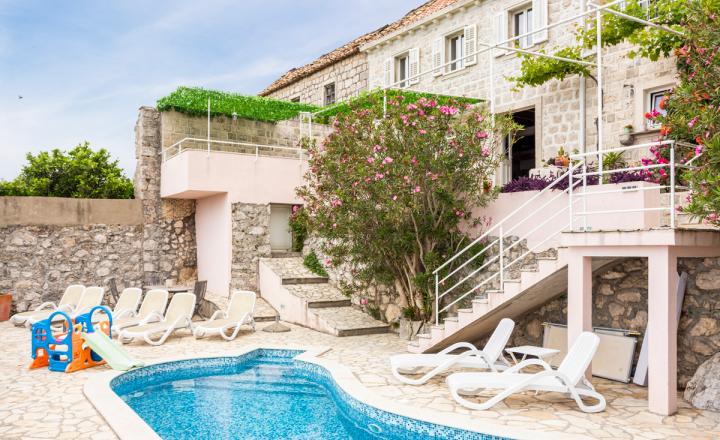 Ask a question about Villa Mlini